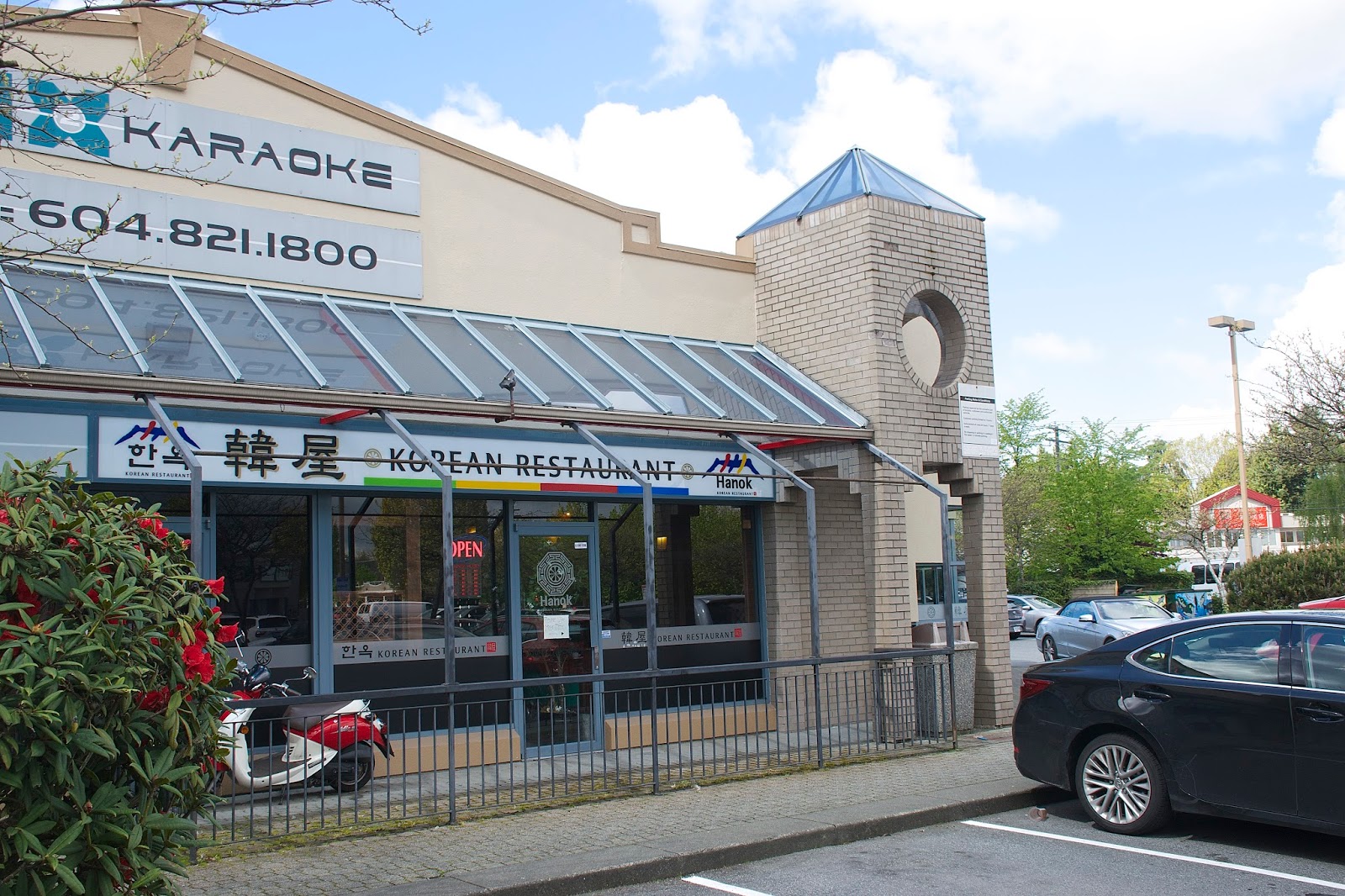 I've been on such a Korean food kick lately hehe...I've eaten it 3 times this past week (blog posts coming soon!) I blame it on all the Mukbangs I've been watching LOL...should I be ashamed? *What am I doing with my life?* ;)

If you're unfamilar with Mukbangs, check out my Gyo post where I explain it: Gyo Japanese Restaurant

I had a MAD craving for some jajangmyeon the other day (after watching a couple of mukbangs LOL) so of course I had to go get some. It's pretty much replaced my love for japchae and it's become my go to noodle dish at Korean restaurants now!!  Jajangmyeon and Jjambbong (spicy korean noodle soup) is pretty common in a lot of mukbangs - I guess I've been influenced by all the Mukbangs I've been watching!! ;)

So I went to Hanok on Alexandra Road - since it's pretty close by! I really like Hanok's interior, it's quite charming really - and it's surprisingly spacious - they have huge booths that can accommodate large parties of 12 - 15 people!!

If I'm dining alone (like I usually do lol) I always tend to gravitate towards the lunch specials at Korean restaurants, because a la carte dishes are usually pretty pricey and the portion sizes are huge! 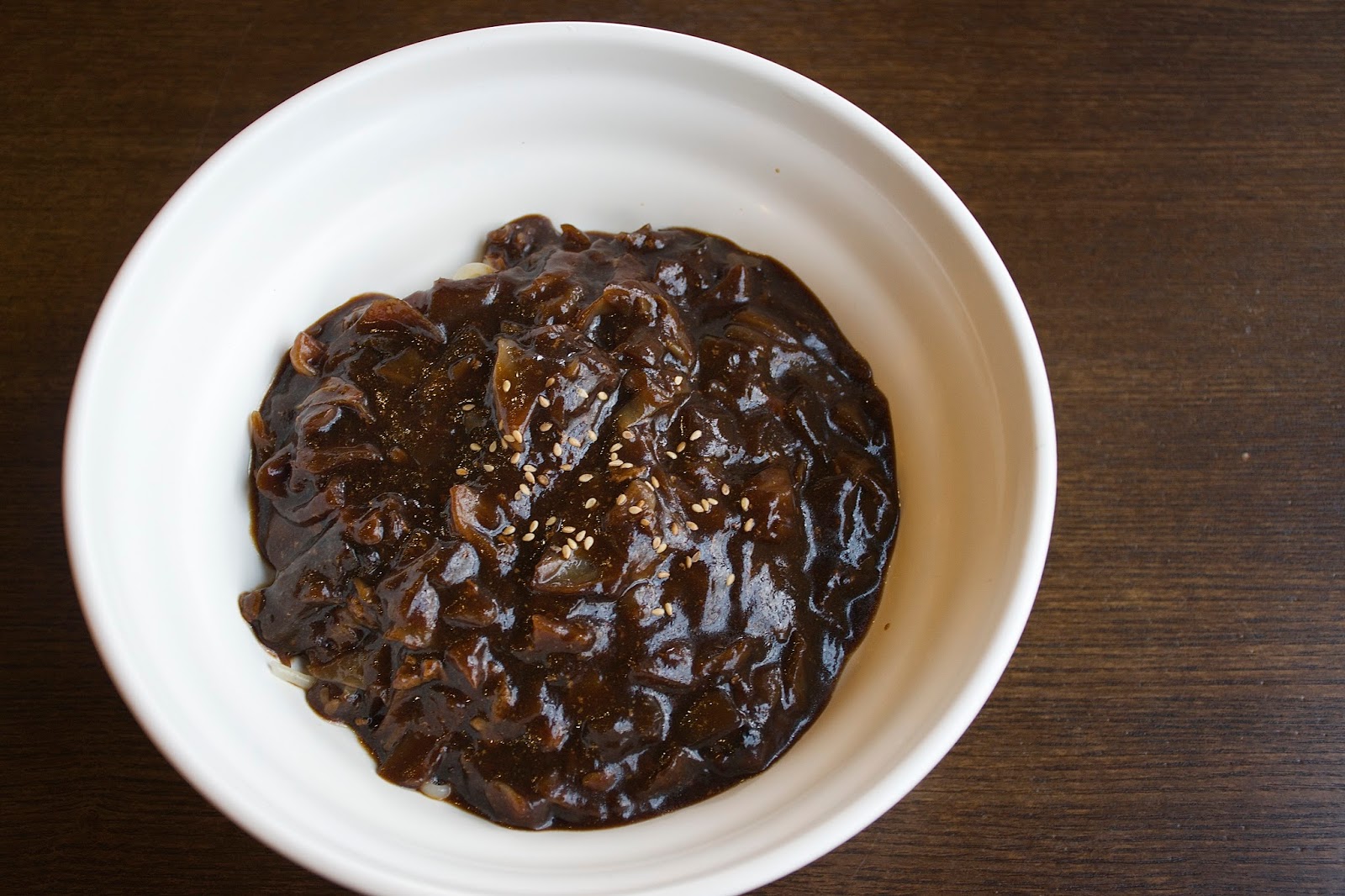 Jajangmyon $8.99
(Black Bean Sauce Noodle)
3/5 stars
This was a pretty decent version of jajangmyon!! The sauce was really flavourful from the blackbeans and onions, and the sesame added a nice roasted flavour!! The sauce was just the right consistency, not overly starchy or wet either! The noodles were a bit overcooked though, and a tad bit mushy. Overall, pretty yummy, but the portion size was on the smaller side! 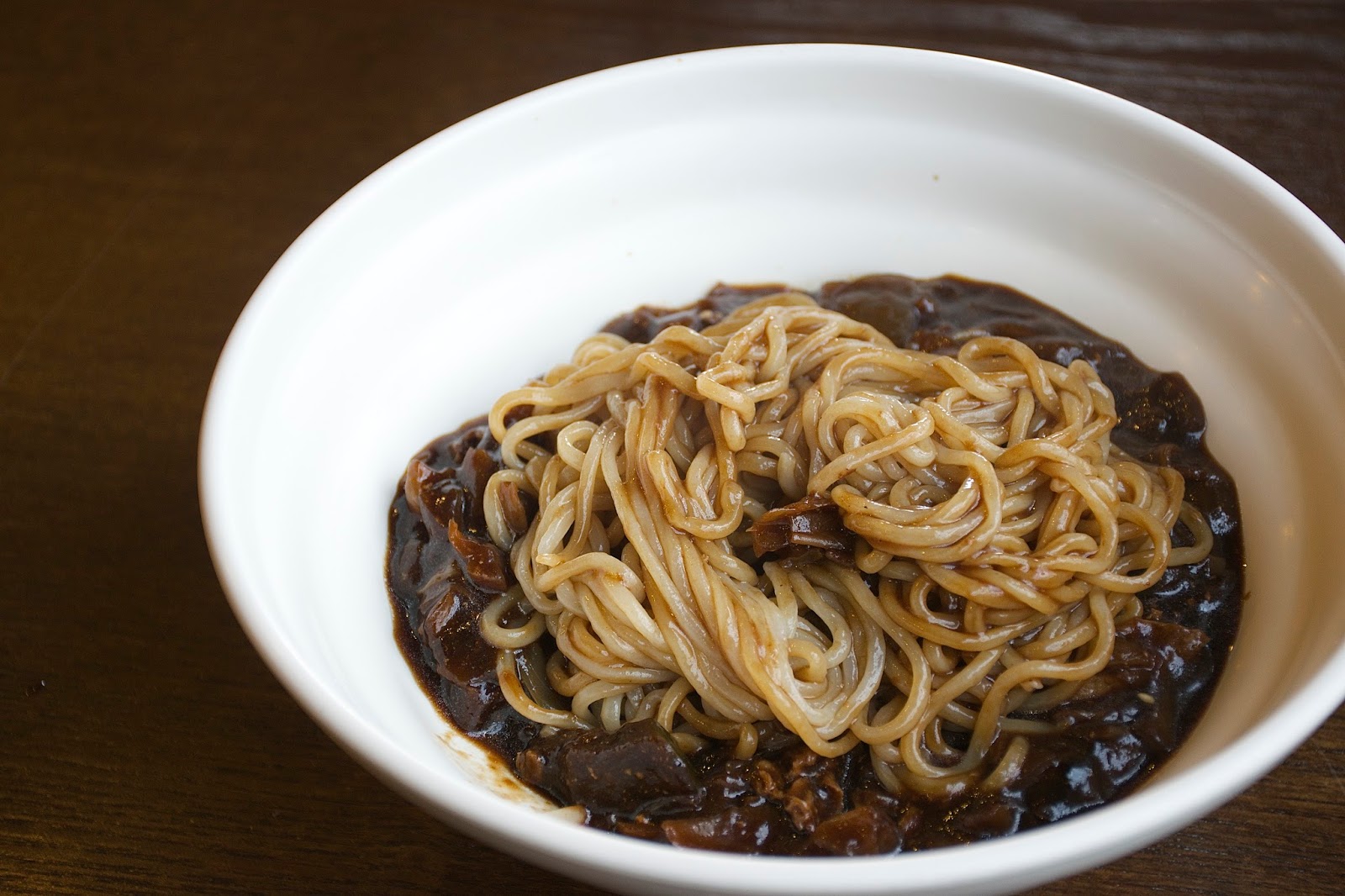 Closeup shot of the noodles!! :D
Don't forgot to mix the sauce together before digging in!! 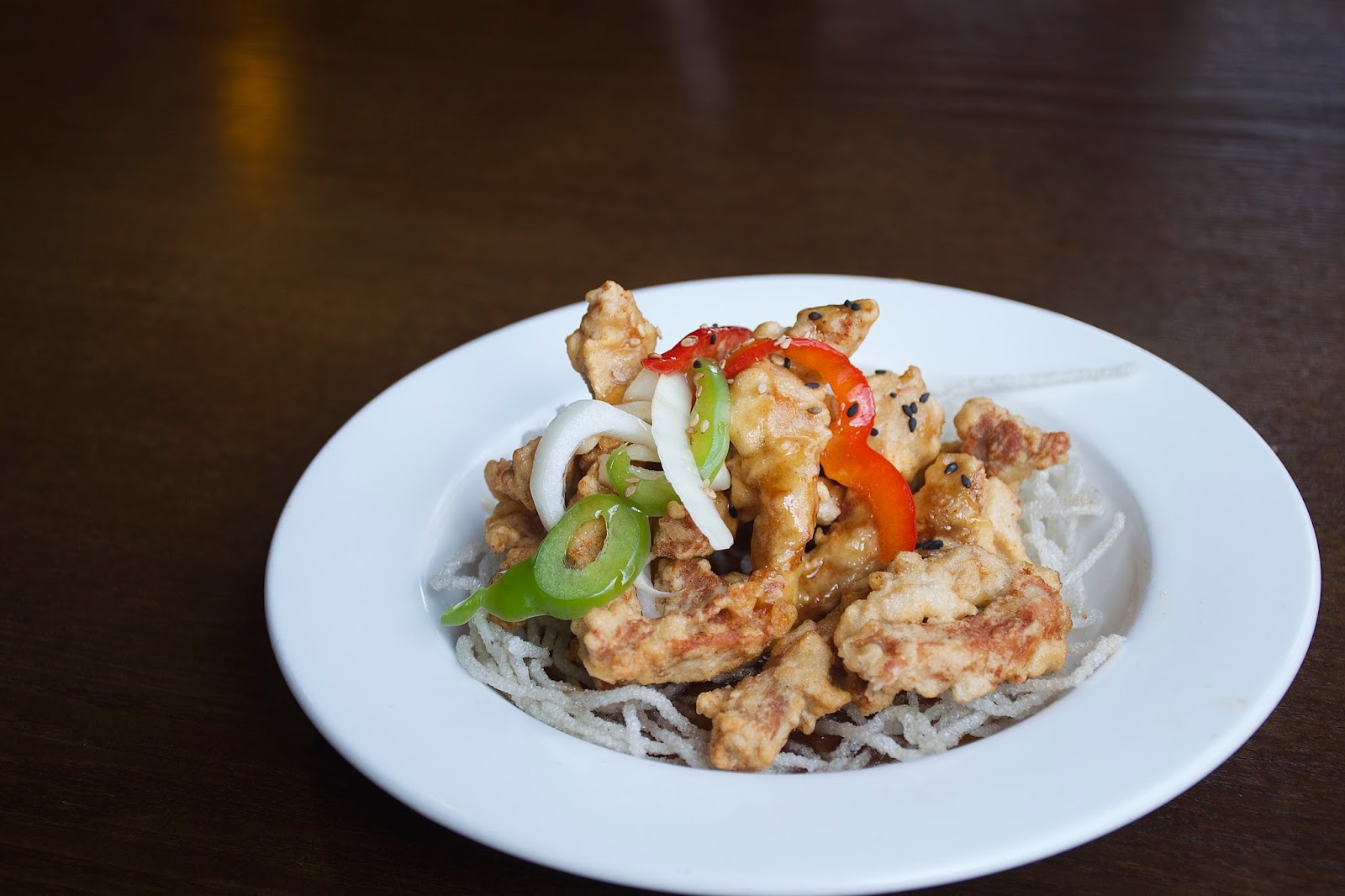 Tangsuyuk (Korean Sweet and Sour Pork!)
1.5/5 stars
I also got a side order of tangsuyuk!! This was a pretty disappointing version...and definitely not representative of a well made tangsuyuk!! The batter itself was too hard, and almost "stuck" to the meat. It wasn't very crispy either, just very hard in general. The pork itself was really dry and lacking in moisture. The sauce was a little too sour, a bit of sweetness would have helped balanced it out!! 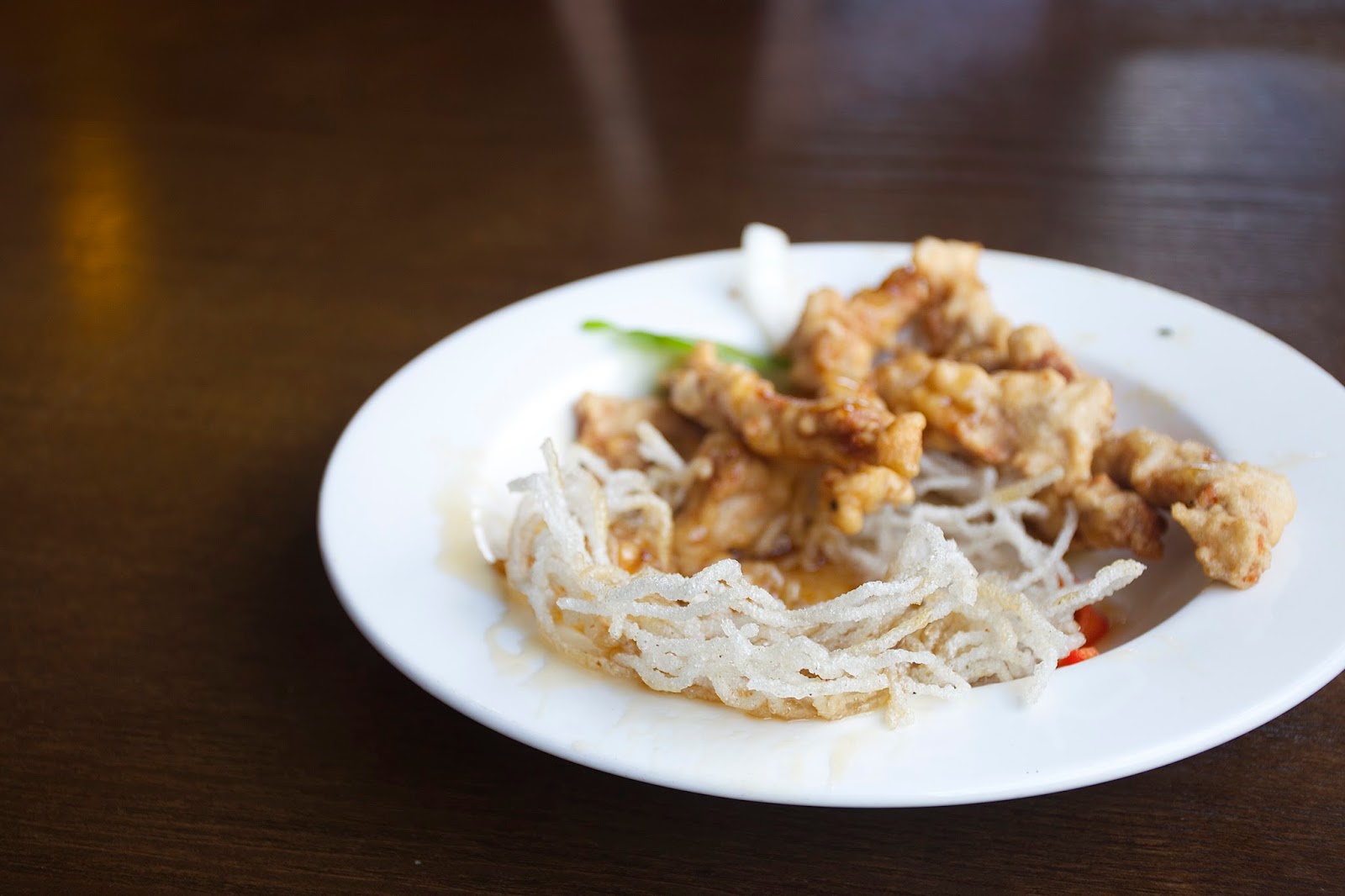 I thought the strands of (?) they put on the bottom of the plate was really cool though haha! 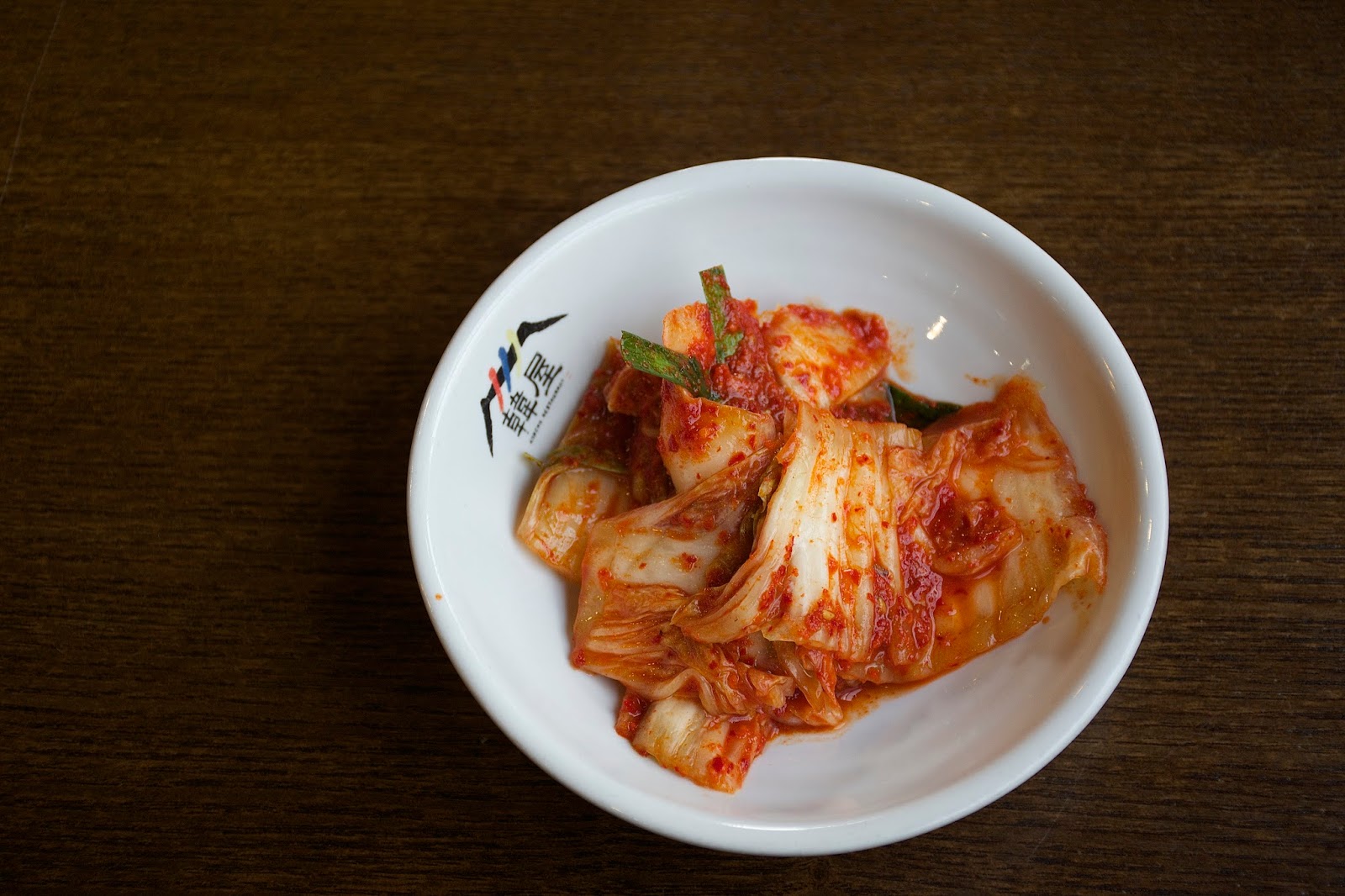 Kimchi
3.5/5 stars
The kimchi here is quite good, with a nice balance of spicy/tart flavours!! It's really spicy though haha! After a few bites, I was already hacking my throat out LOL! (Or maybe that's just because I have a low tolerance for spicy food?) 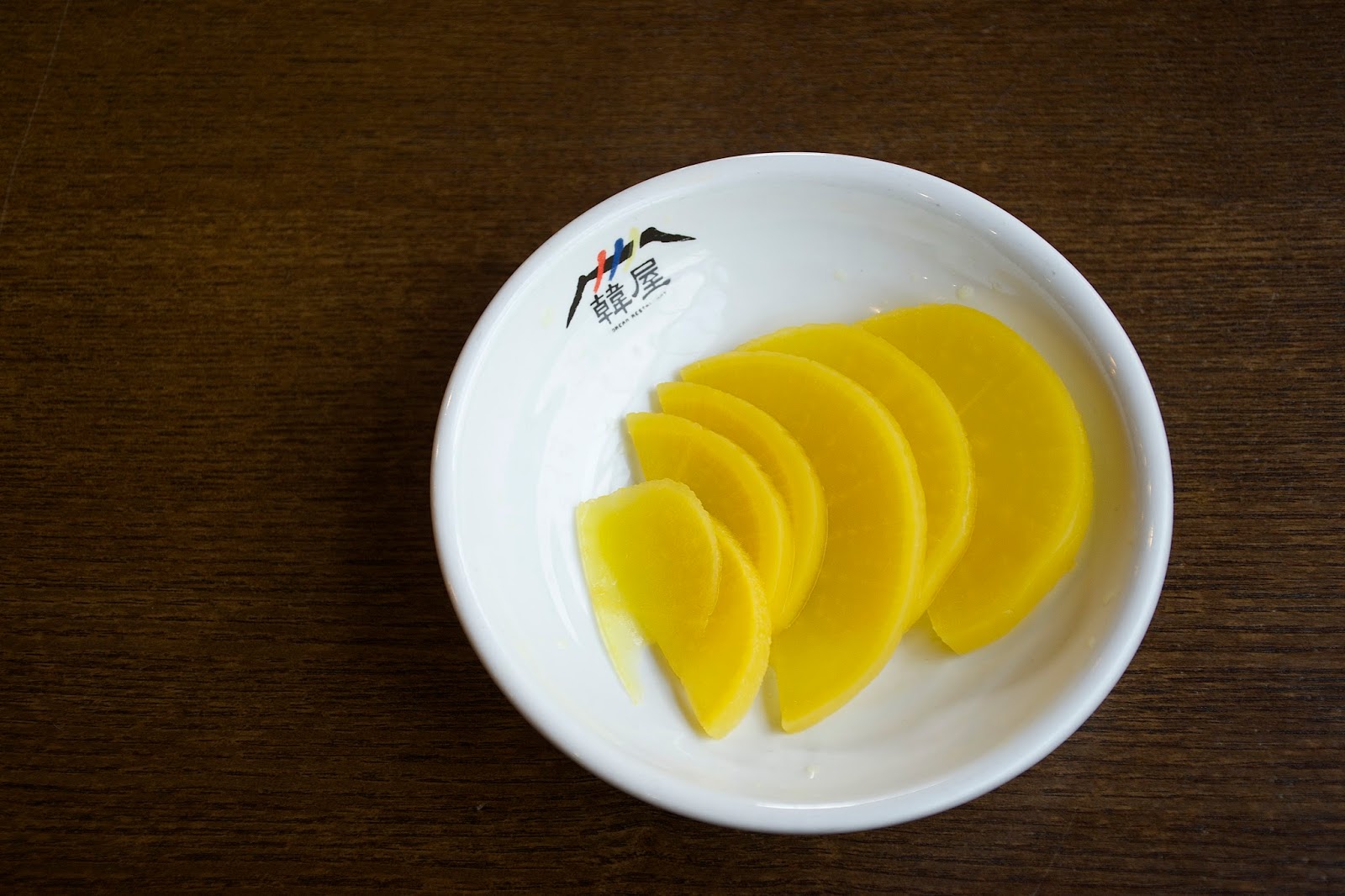 Daikon
3/5 stars
Yayy, I'm always up for some sour radish hehe!! It helped cut out the spiciness of the other dishes (in this case the kimchi!) so it was nice to have as a side!! Their daikon is a bit sweet and not too sour, which I liked!! 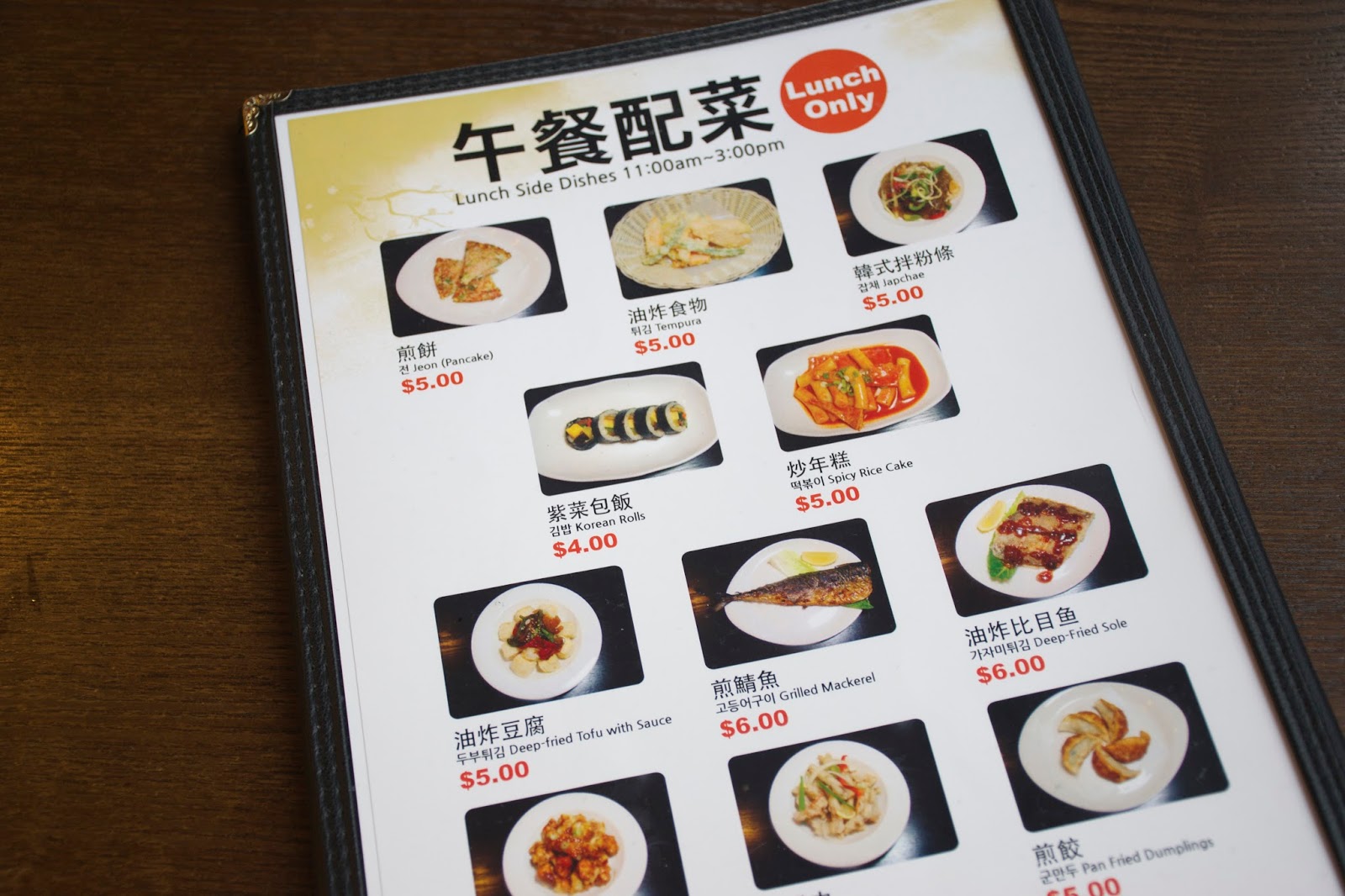 I lovee how they give you the option to add mini sides to your meals - it lets you try a larger variety of their dishes!! :D 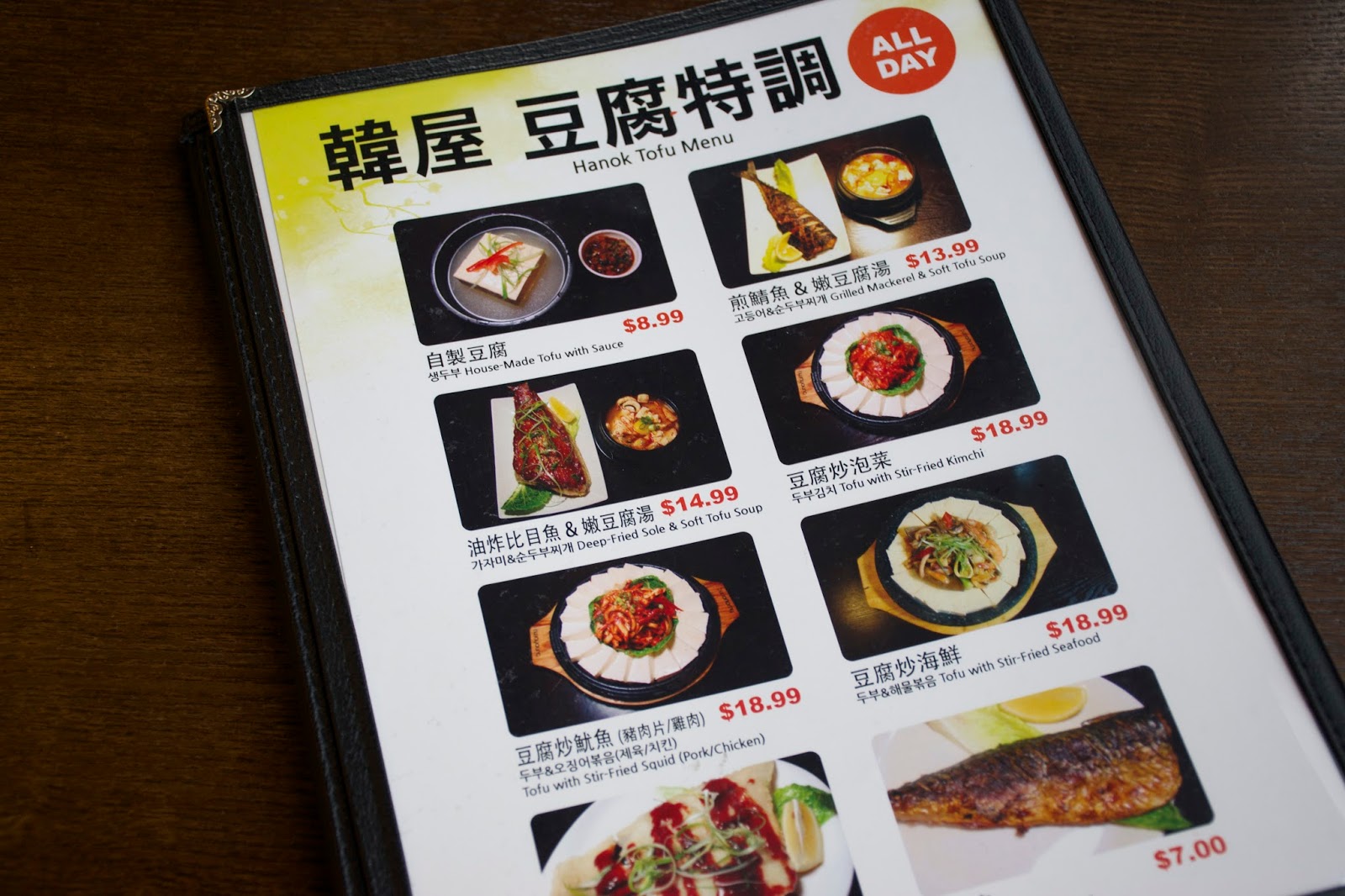 Some of their lunch specials!!
View their full menu here: http://www.hanok.ca/richmond/menu1.php 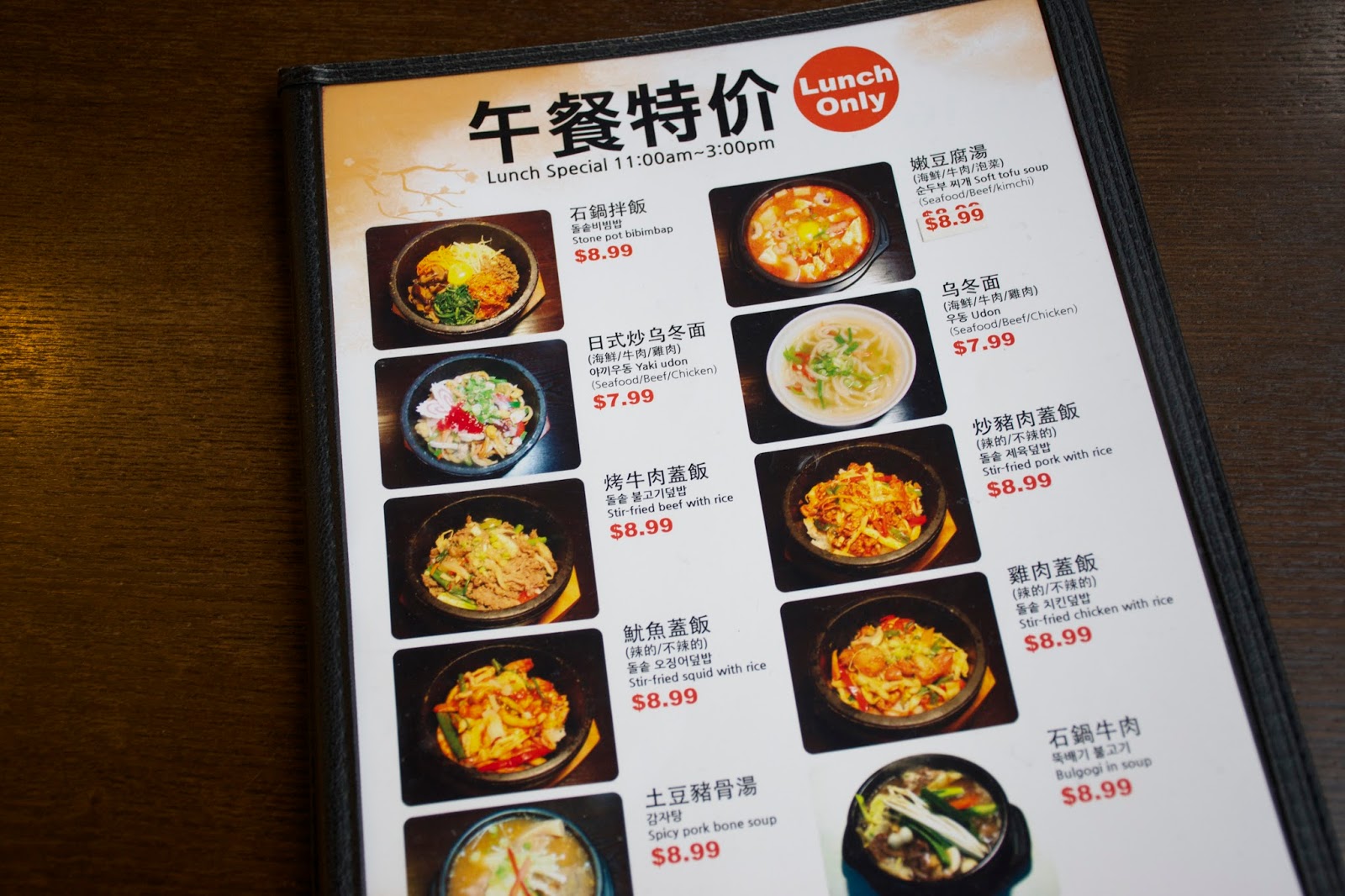 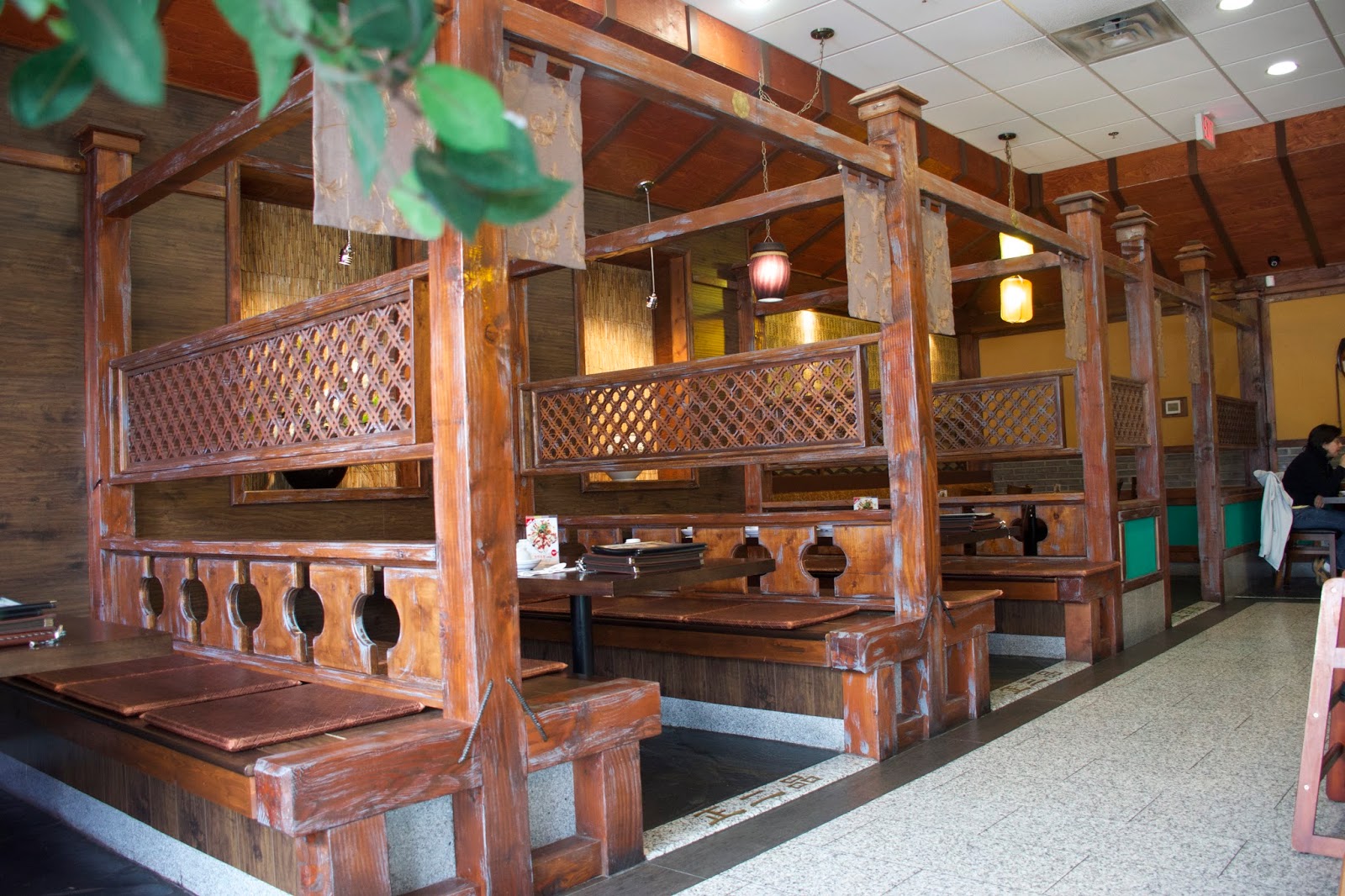