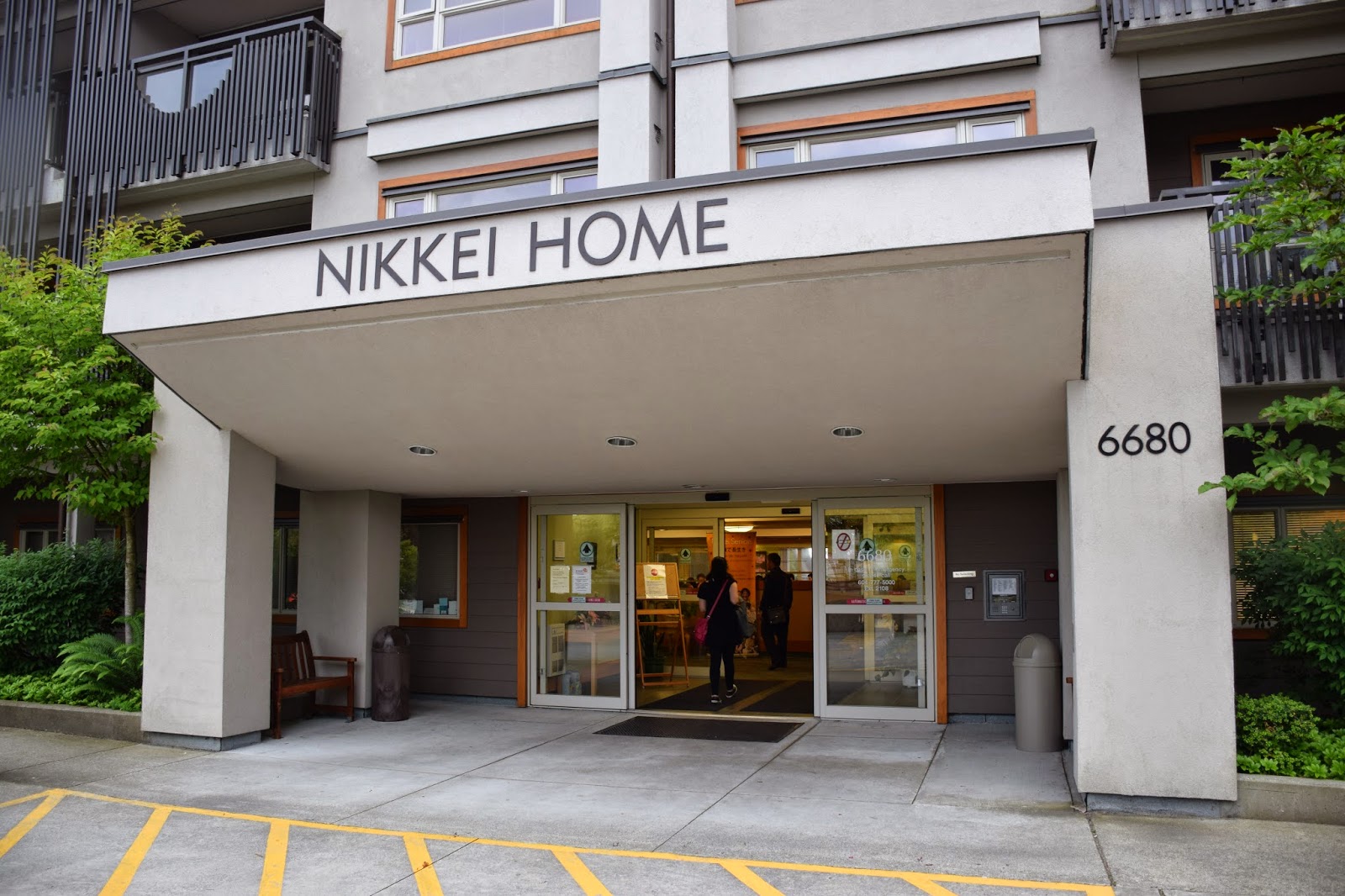 Forget Sushi Garden! If you're looking for Japanese food in South Burnaby, Hi Genki is WHERE ITS AT!! Drive the extra 5 mins to Nikkei Home, seriously. I'll go as far as to say that its my favourite Japanese resto in Burnaby!! My dad was actually the one who introduced me to Hi Genki, he's been eating here for over 20 years LOL!

Hi Genki isn't your average Japanese place...it's located in a Senior's home!! That's what makes it so awesome hehe. It's a total hidden gem!! There's no awning outside so its almost like a secret club of sorts, where extreme foodies (you probably are one if you're reading this) and elderly Japanese folk (who live in the complex) go for some traditional Japanese home cooking!! :D

My dad has a soft spot for homey, traditional Japanese places like Hi Genki, because he lived in Japan for over a year before he immigrated to Canada!! The food at Hi Genki is similar what he ate as a poor student, back when he didn't have any money to spend on fancy raw fish haha! So his diet consisted of many dons: gyu dons, oyako dons, teriyaki dons...so eating at Hi Genki is really nostalgic for him...it brings him back to simpler times (as he puts it) LOL!

Hi Genki is actually owned by Fujiya (which explains the awesome food!) You should definitely arrive early because there's always  lineup because this place is super popular, once we even had to wait 30+ mins!! (It was worth it though hehe.)

The first time we ate here we tried their Spicy Chicken Kaarage (their signature dish), their katsu curry, Aji Fry, and Banana Tempura (hehe, who can say no to fried dessert?!) and everything was SO good! Especially the chicken kaarage, it definitely lived up to the hype!! :D 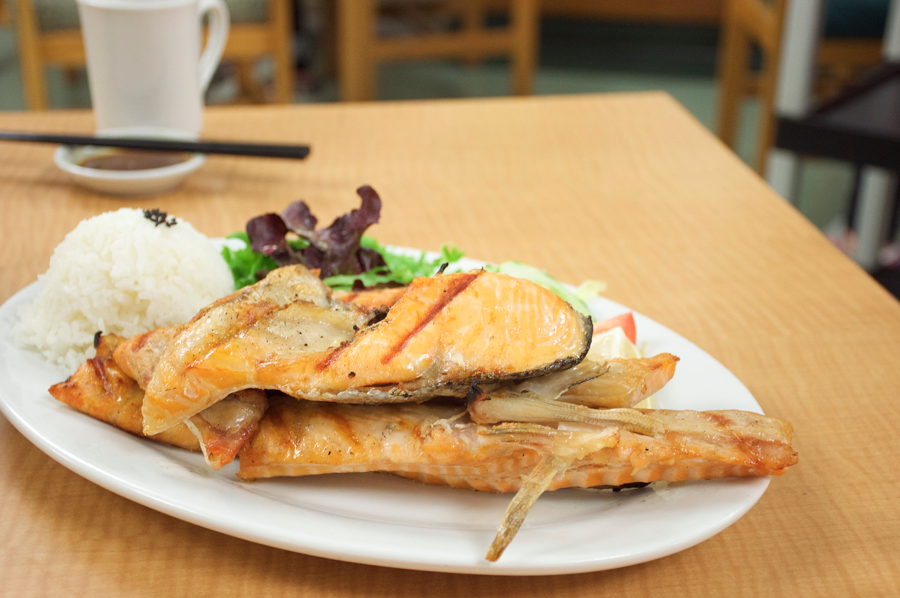 Salmon Kama $9.95
4/5 stars
This was so much bigger than I was expecting it to be!! The combo came with 3 huge pieces of salmon, with a side of rice and some salad!! The salmon was super yummy, nicely grilled on the outside with a light soy sauce flavour! The skin is the best part hehe, it's super tender, and slides right off!! After finishing the entire plate I was completely stuffed!! :D 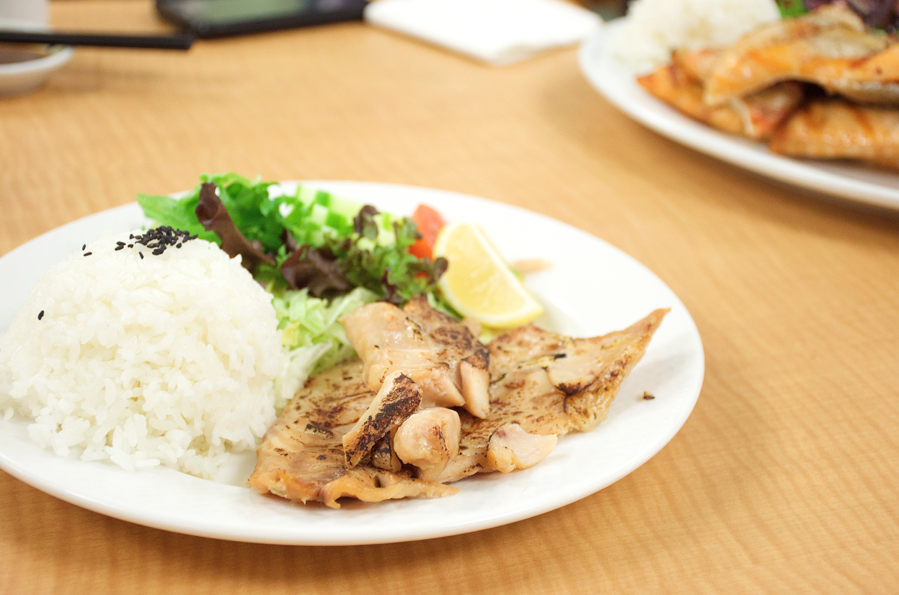 I forgot the name of this lol, but it was on their specials menu!! It's a fish of some sort though (we can see Selina, we have eyes)  ;)

3.5/5 stars
This was really good as well, but I still liked the salmon kama better hehe. The fish was moist and flaky, and slightly charred on the outside with a hint of smokiness!! The portion size was a lot smaller so if you're really hungry definitely go for the salmon kama! 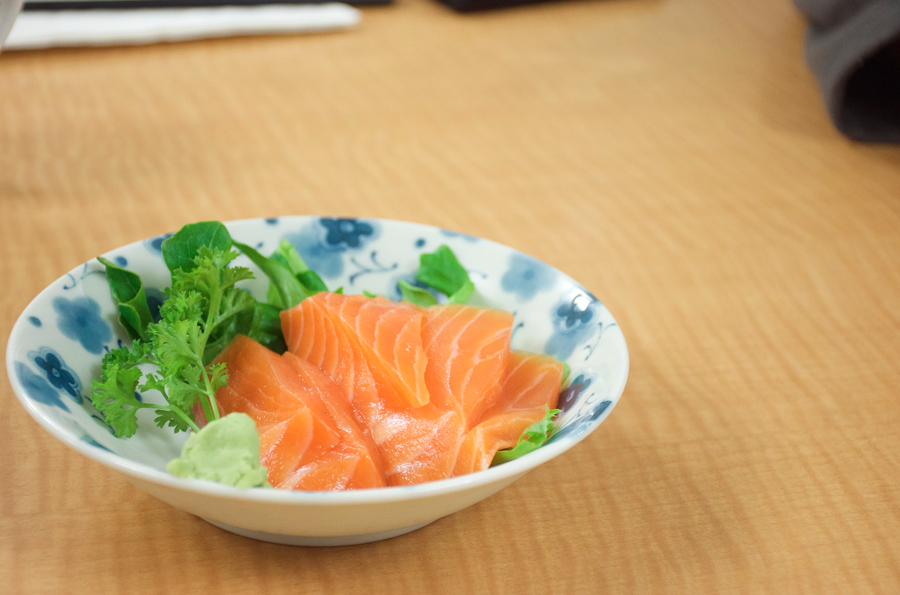 Salmon Sashimi $5.50
3.5/5 stars
We also got a side order of salmon sashimi, which was reasonably priced at $5.50!! My dad still thought it was expensive though, he was like "It's over $1 a piece!" LOL. But imo, it was worth it hehe! The salmon was nice and fresh, with a healthy pink sheen! No complaints here! 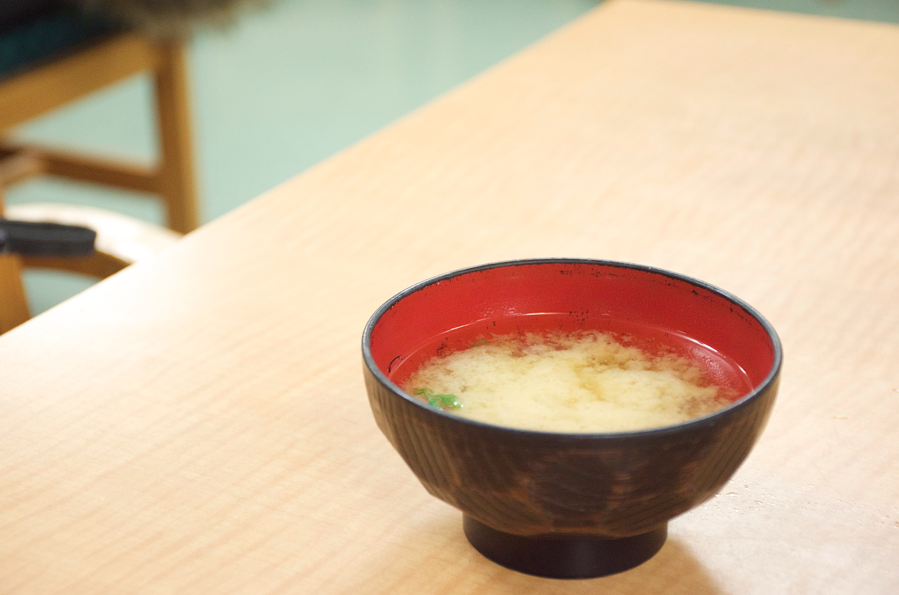 Miso Soup
3/5 stars
Their miso soup is pretty decent, the miso flavour is really strong and it doesn't taste watered down at all! It's not too saltybut still really flavourful nonetheless!

These photos are from 8 months ago LOL, so excuse the terrible quality! 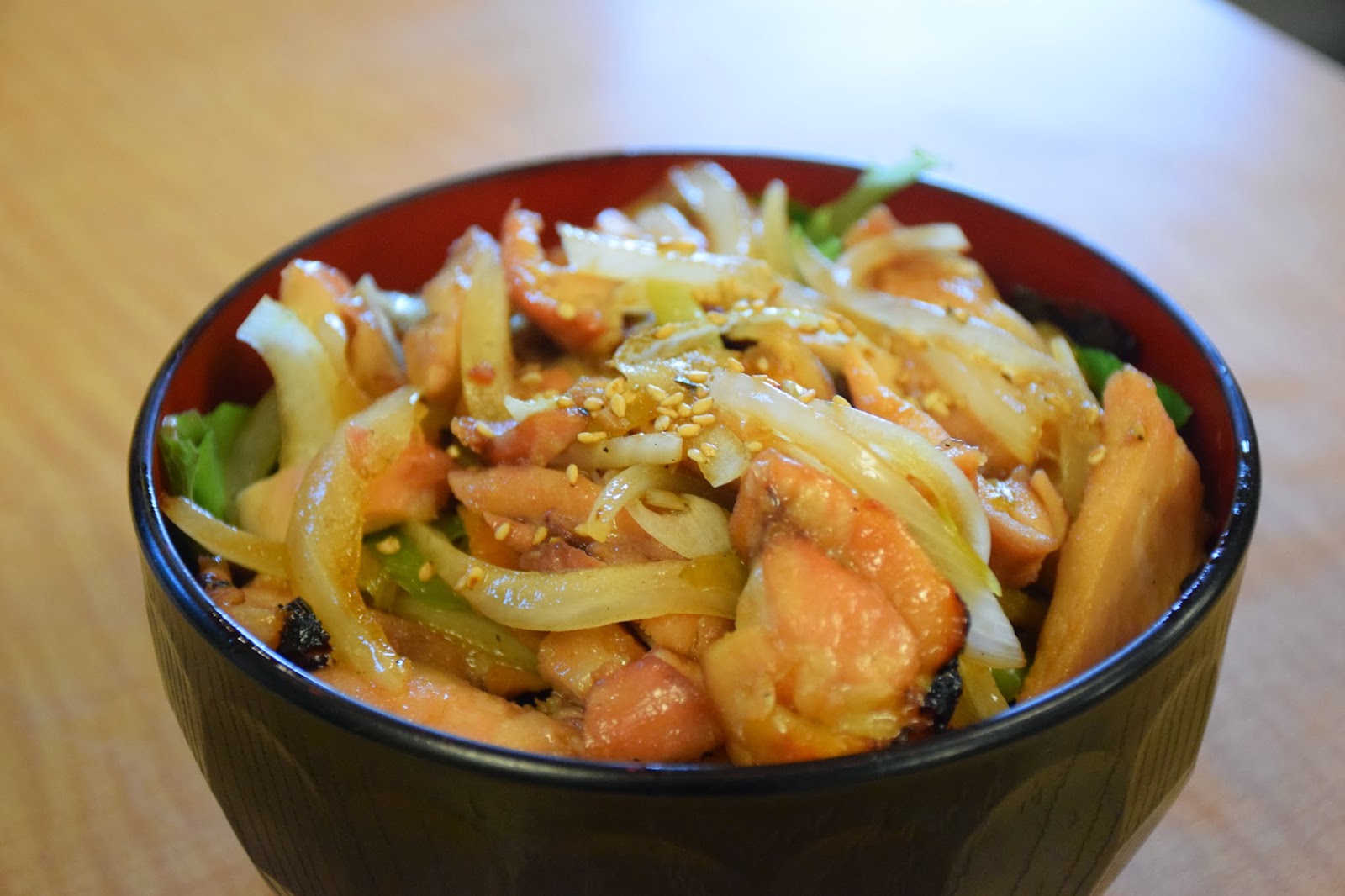 Yakitori w/ Vegetables
2.5/5 stars
This was listed on their menu as one of the customer favourites so that's what compelled me to order it! The chicken was charred at the edges which made it really fragrant but otherwise, it was a bit lacking in flavour. The chicken itself was juicy and moist though! I can appreciate that there's less sodium in it because its more health conscious but I still ended up asking for a side of teriyaki sauce haha! 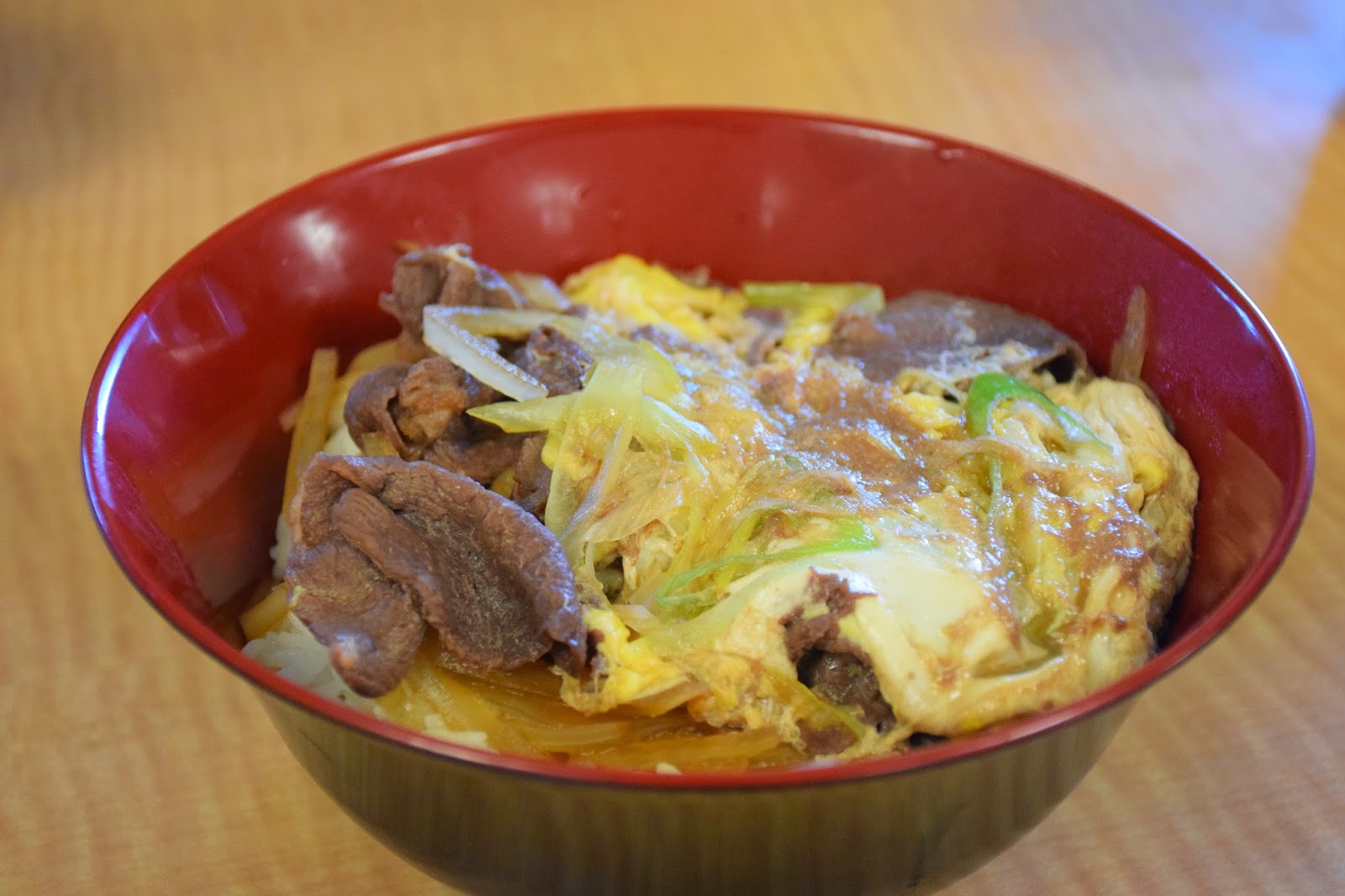 Gyu Don
2/5 stars
Back when my dad lived in Japan, he would eat gyu don all the time because it was the cheapest fast food type meal you could get (it still is!) Being the gyu don connoisseur that he is, he said it was mediocre haha. While there was alot of beef, the meat itself was a bit chewy and it wasn't particularly flavourful either. 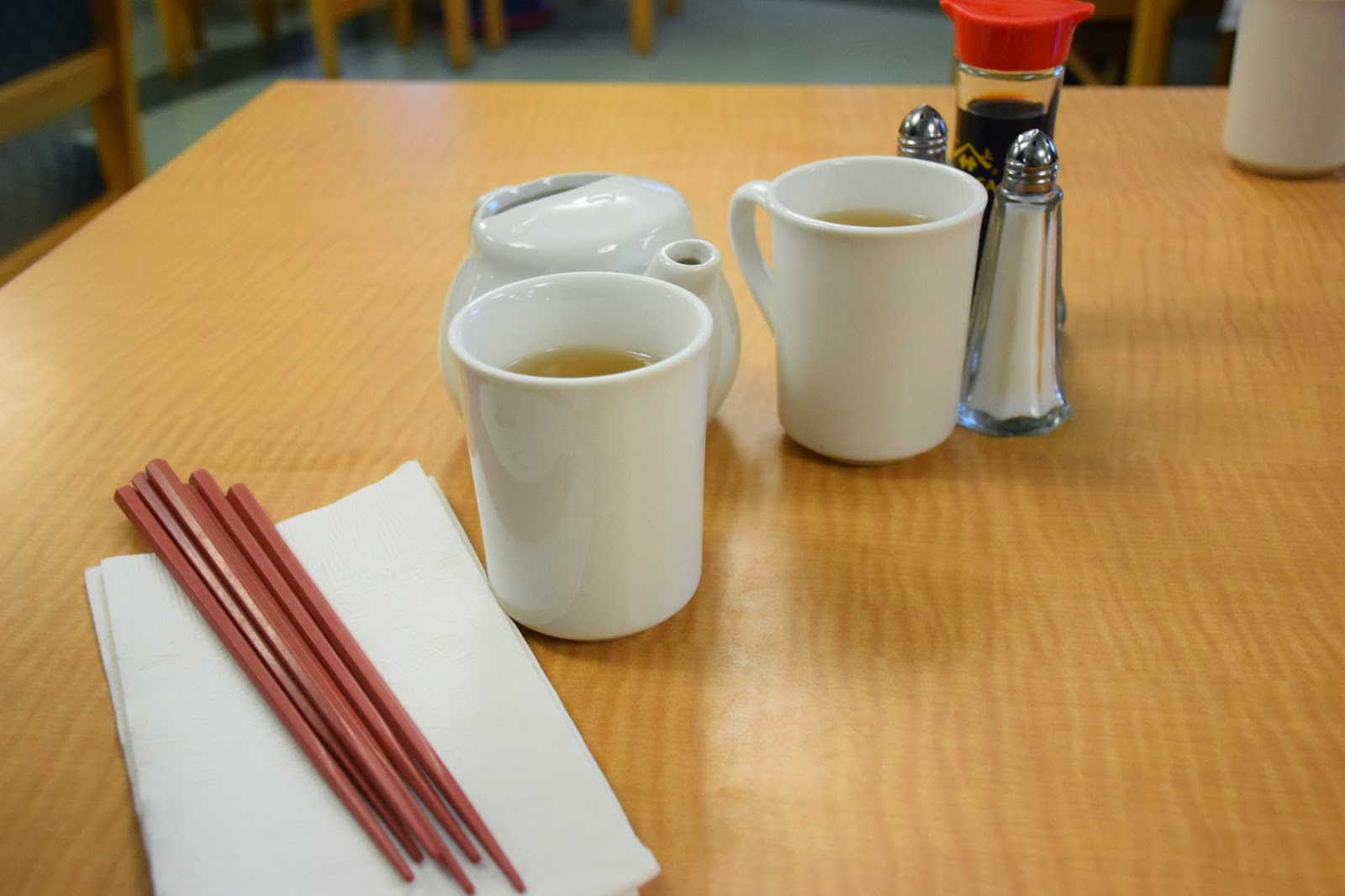 I love their roasted rice tea!! The rice flavour is super strong! :D 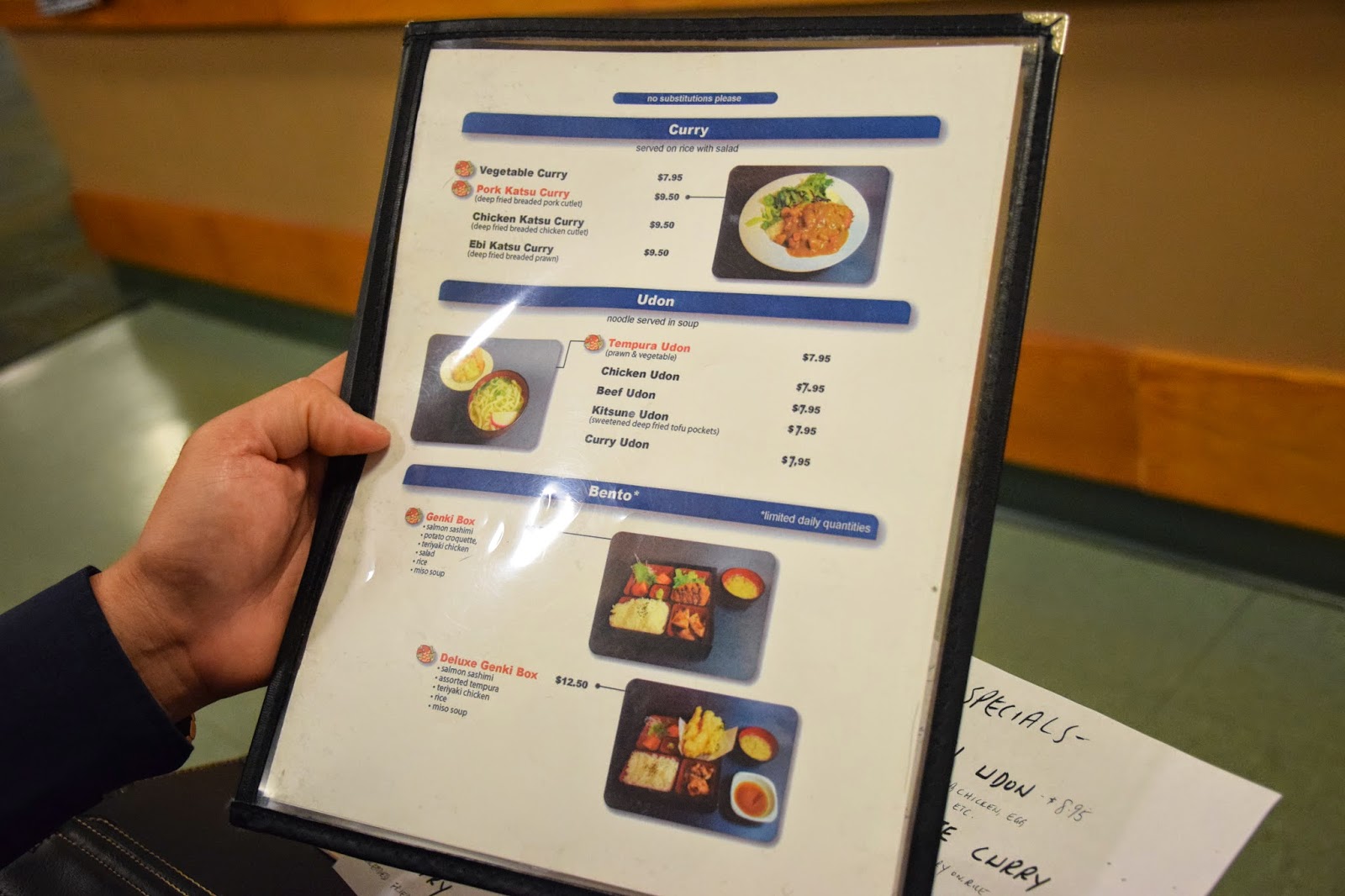 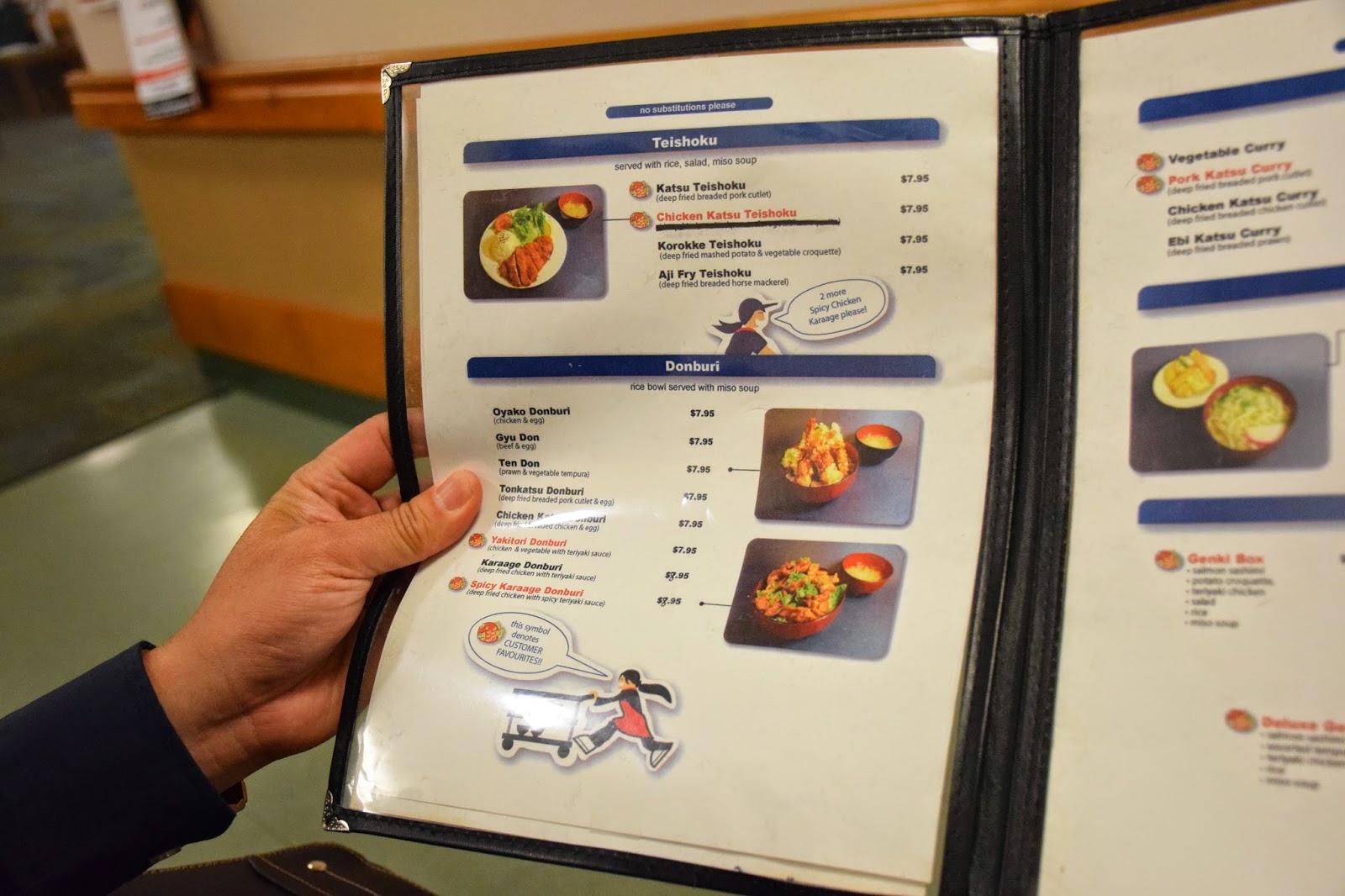 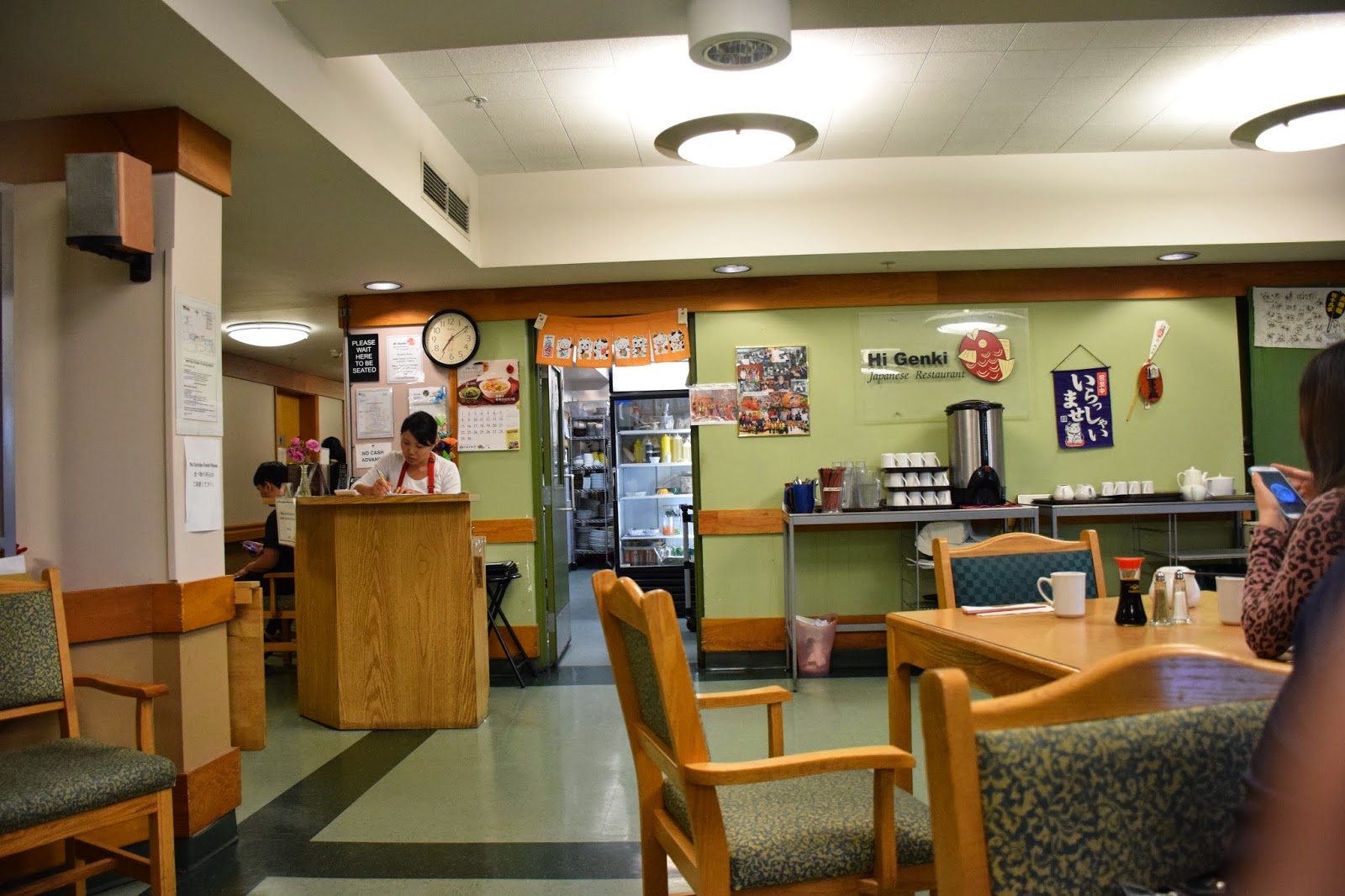