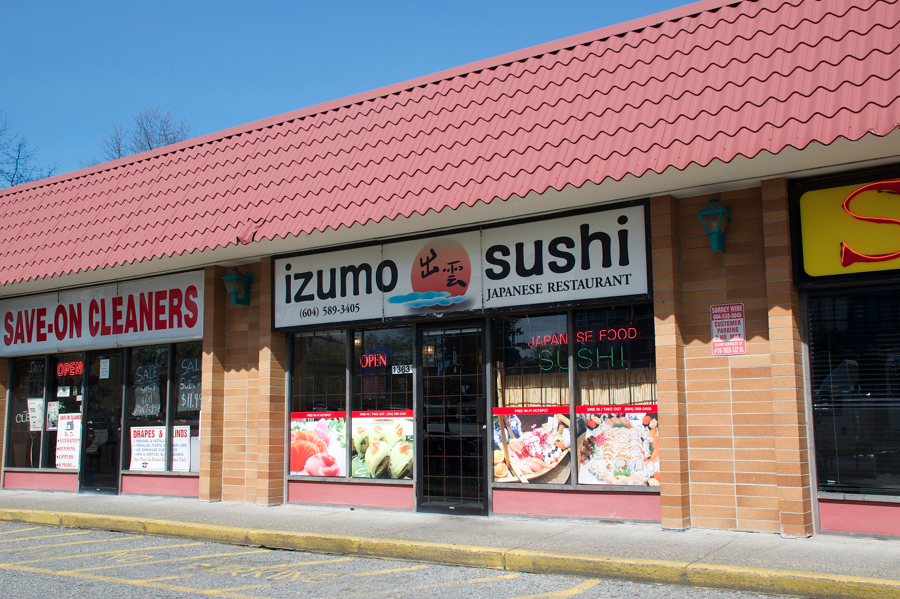 If you've been reading my blog for a while now you'll know that whenever my dad and I go out to eat, there's always a 90% chance that we'll end up eating sushi or dim sum LOL. To my dad Japanese food is his equivalent of fast food, it's our go to meal when we're in a rush and we're just looking for something simple to fill our stomachs haha! Good thing Greater Van is saturated with Japanese restaurants, they're almost as omnipresent as traffic lights...there's basically one around every corner so finding one during lunch isn't exactly a difficult task!! :D

Izumo Sushi is a little Japanese spot tucked away in a plaza directly across from Surrey Central!! Not a lot of people know about this place because it gets overshadowed by Sushi & Roll (Surrey's version of Sushi Garden LOL!)


Random thing I just thought of:
Recently I've discovered that I'm not really a roll person LOL. I'm more of a nigiri kind of girl. In high school I would only eat rolls and avoided raw fish altogether...but now I'm the complete opposite    haha!!
I use to really be into speciality rolls (Las Vegas Rolls were my thing!!) but now I'm just not keen on things drenched in copious amounts of teriyaki sauce and mayo! Rolls just don't excite me anymore... does this mean I've finally matured?! LOL ;) 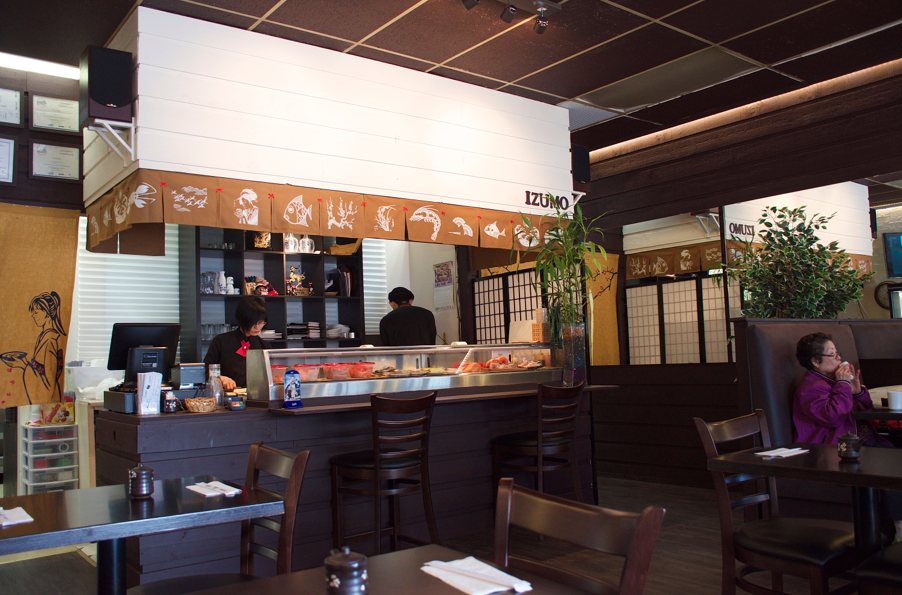 The restaurant is really tiny, there's only one chef working at the counter, but the food still comes out really quickly! :D 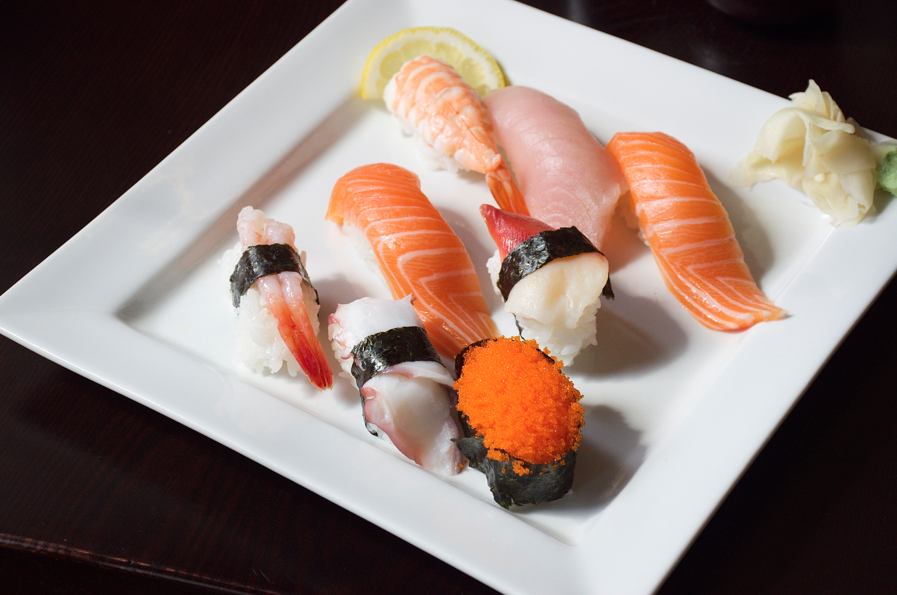 Assorted Sushi Combo $11.99
3.5/5 stars
I subbed the ika for a piece of salmon instead, because for some weird reason I'm allergic to raw ika LOL.  I thought everything was decent haha!! Nothing out of the ordinary, but nothing particularly amazing either, it was pretty much what I was expecting! Everything tasted reasonably fresh by frozen standards. The rice was a little loose but well seasoned with rice vinegar!! :D 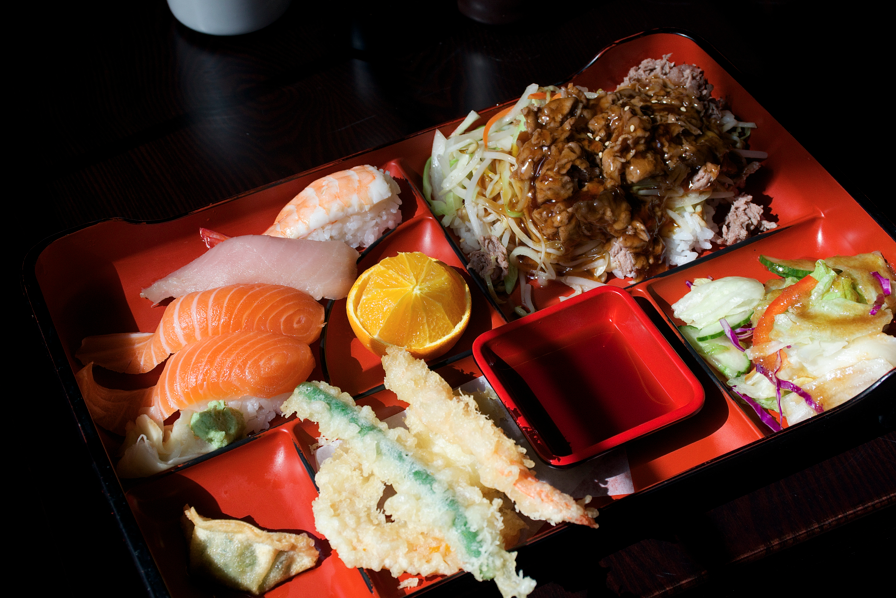 Nigiri + Teriyaki Beef Lunch Box $10.95
Tempura, Gyoza, Side Salad & Miso Soup!
3/5 stars
My dad had his usual bento box, which came with nigiri instead of sashimi!! The cuts of fish were sliced really thick though, so it was basically sashimi haha! The tempura was decently executed with the batter being light and crunchy!! The box also came with a single piece of gyoza haha, which was just okay, it was a bit hard around the edges. 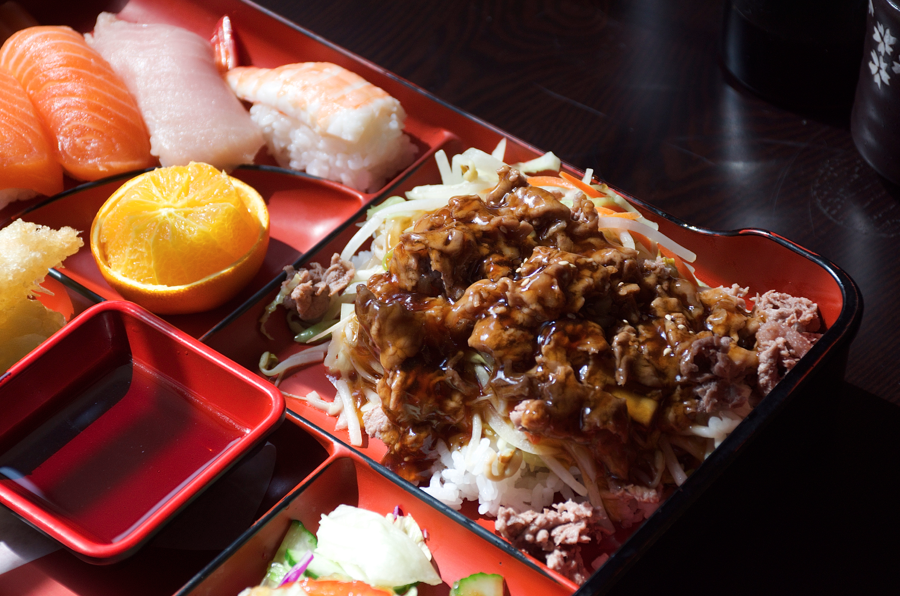 Teriyaki Beef
3/5 stars
The teri beef was pretty decent! There was a nice caramelization going on, rendering the beef moist and not too chewy! There was enough teriyaki sauce to cover the whole thing, but it didn't make the rice soggy! 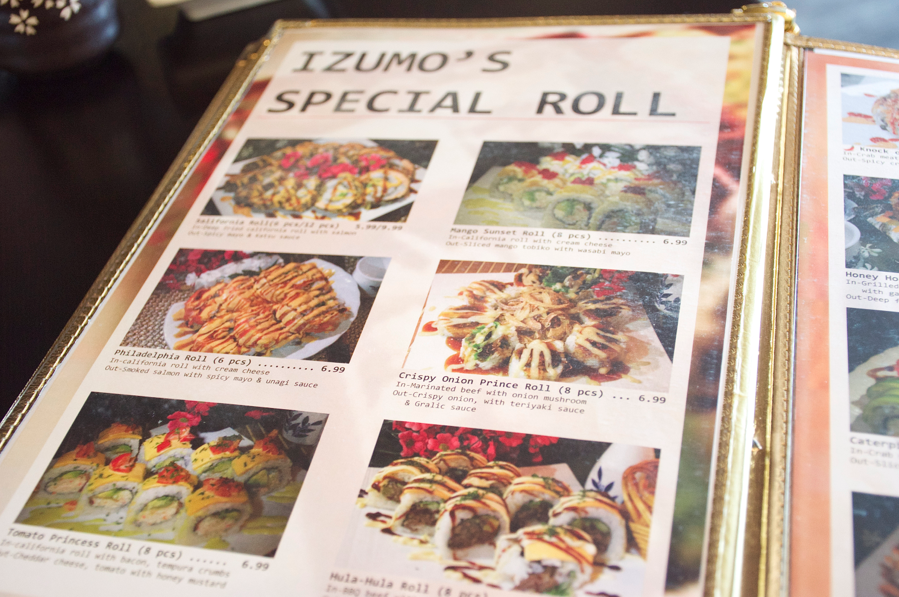 They have a huge selection of special rolls! Man, my high school self would have loved this LOL!! 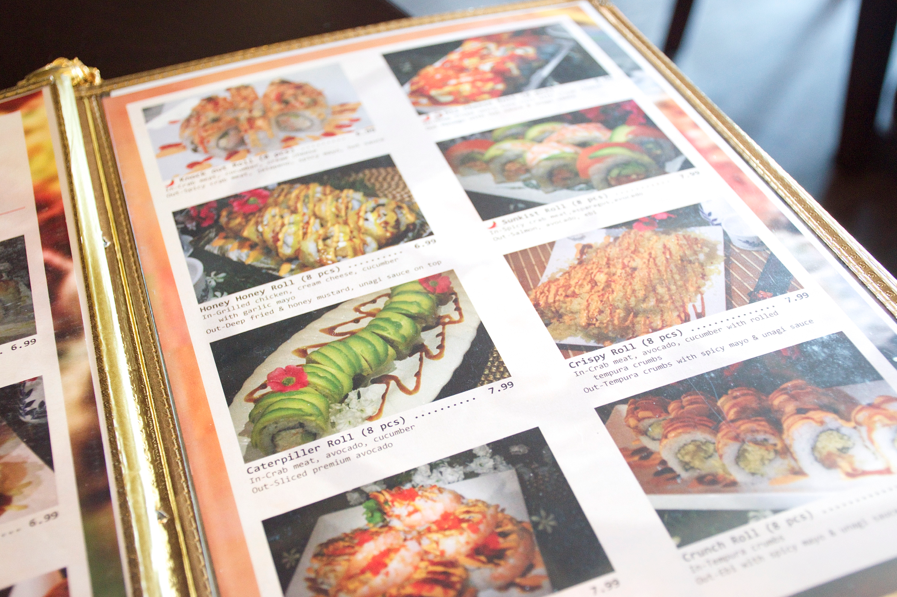 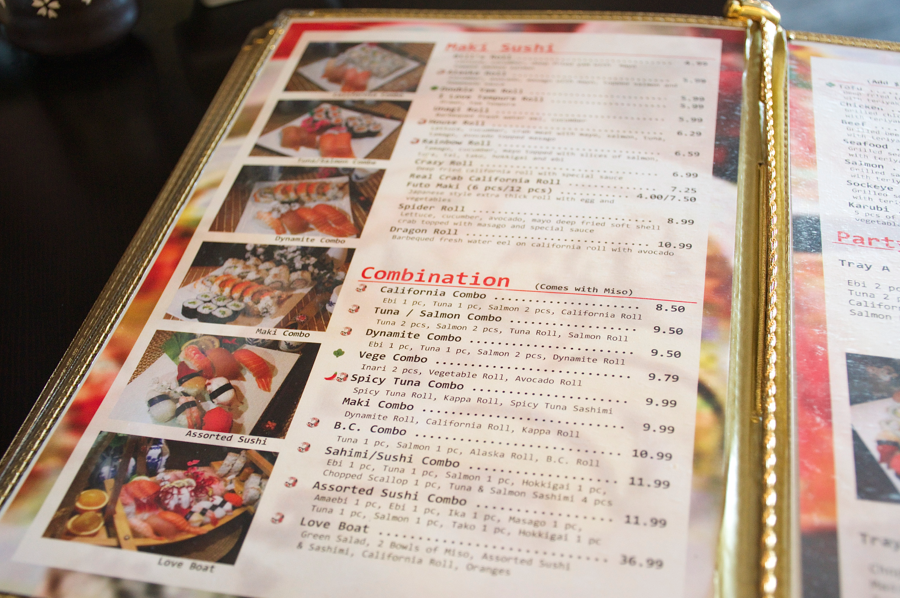 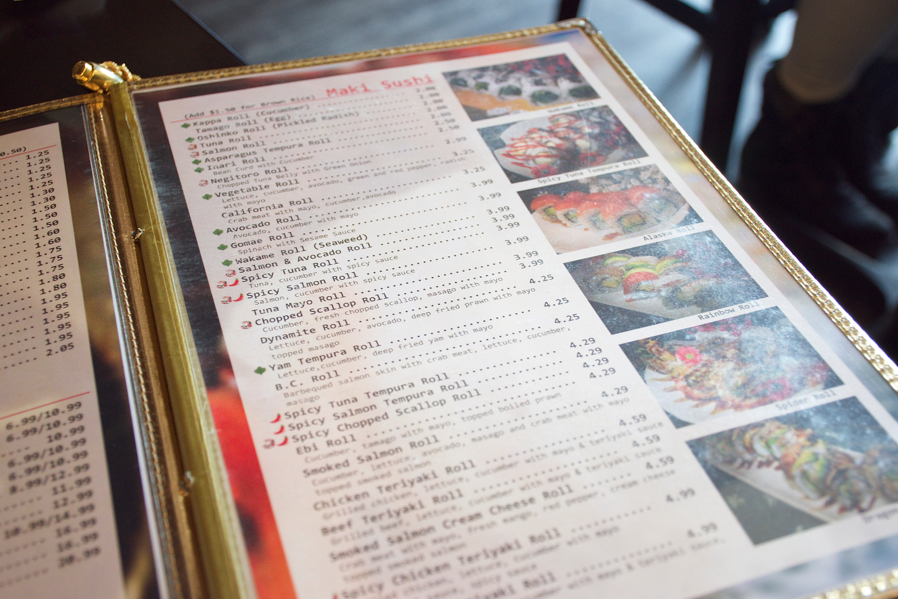