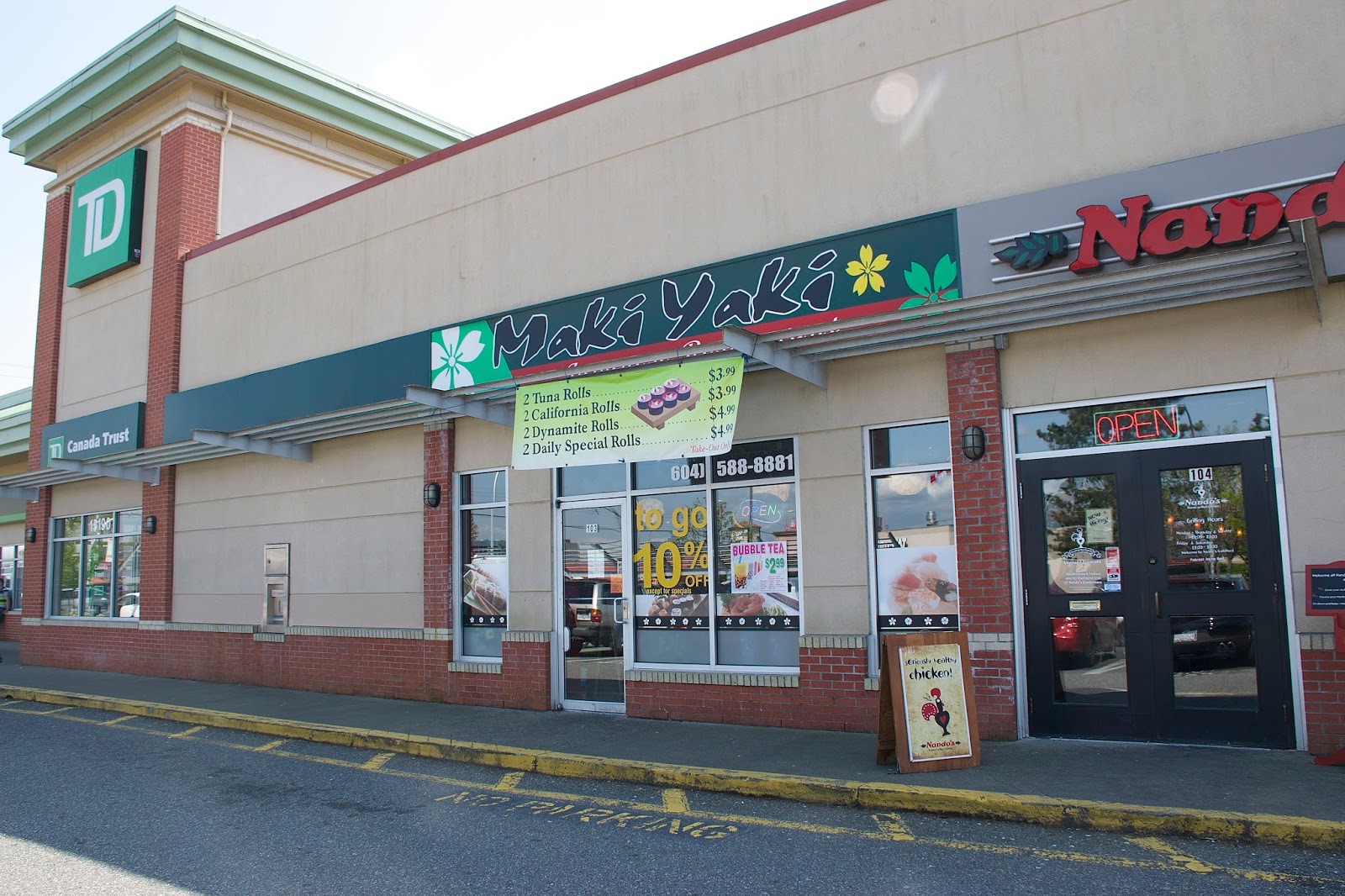 People love to hate on Surrey. But really guys - it's not that bad LOL!! Sure, Whalley's a little rough, but once you drive into Guildford, and further down into South Surrey, it's actually pretty nice. Really similar to Coquitlam (I lived in Coquitlam for 10 years - and moved to Burnaby when I was 11 haha)

But as much as I like Surrey, I honestly can't wait to be back in Van so I'll have access to so many amazing restaurants again hehe...the only reason I can't wait for school to start! ;)

Since moving in with my dad, we're been frequenting the Japanese restaurants near Guildford Town Centre on a weekly basis (do we eat anything else?! LOL). We've eaten at almost every single one, and the only one we have left (I think) is Hanako!

Instead of going to Tengoku Sushi like we always do, my dad agreed to try out Maki Yaki - a newish Japanese restuarant that just opened across from icbc - right beside Nando's! At first I thought Maki Yaki was korean run...because they had bibimbap and kimchi fried rice on the menu, but it's actually Chinese run!!

I've started ordering chirashi dons (or any other don) at Japanese restaurants now instead of nigiri  - I'm always hungry after eating nigiri LOL...chirashis are a lot more filling because of the rice content! :D

My dad's staple (as we all know) is the sashimi bento and without hesitation, that's what he ordered. Yea - my dad's becoming a sashimi bento expert LOL.
The lunch bento actually came in a boat shaped tray - which looked deceivingly large - but there actually wasn't a lot of food!

I took these photos crouching - by the door LOL! Taking good pictures isn't easy! ;) My hand was cramping because the sushi boat was pretty hefty haha! 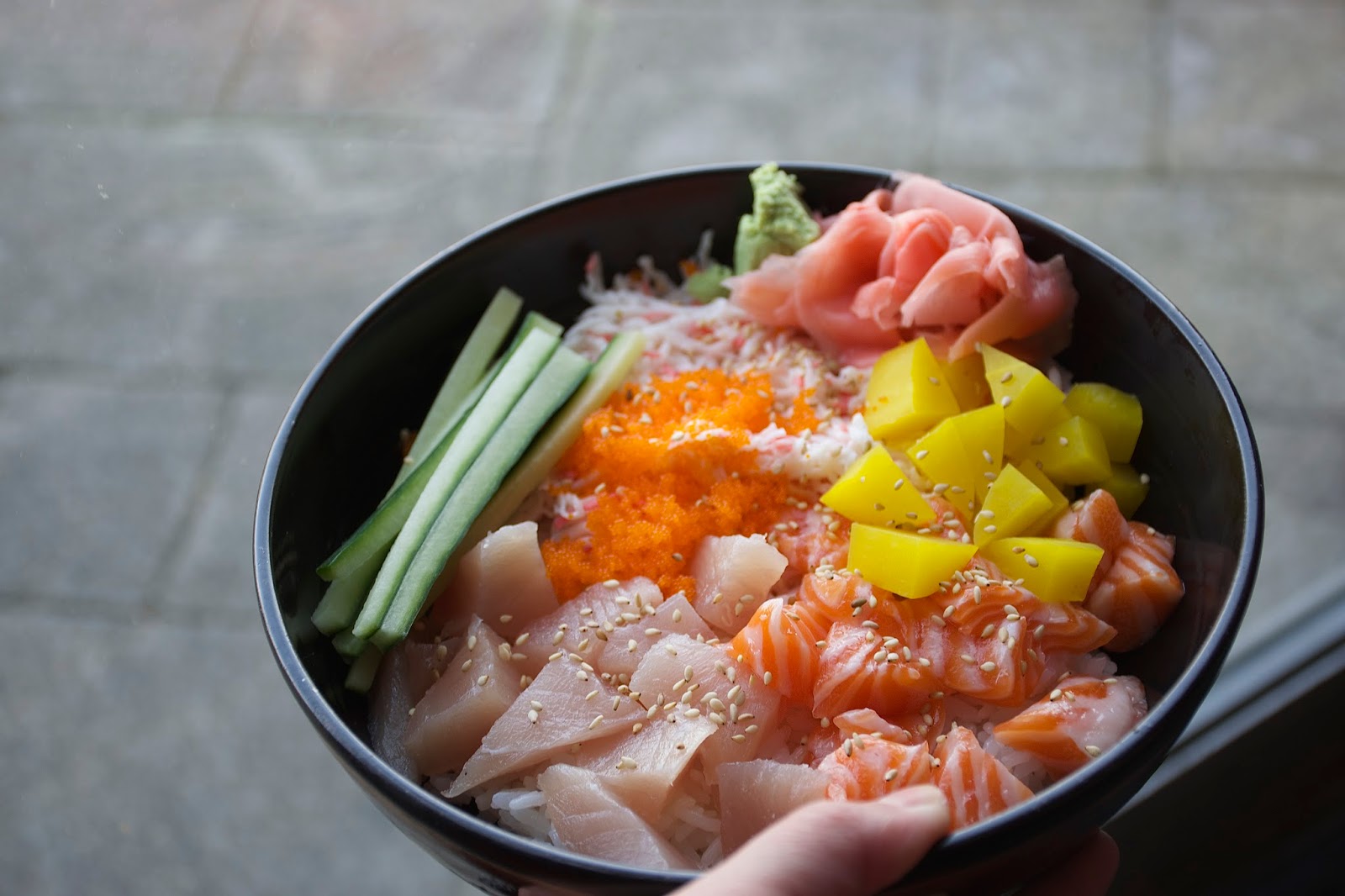 House Don $9.95
3/5 stars
I got their house don instead of the chirashi because it was cheaper LOL. I thought it was okay- there wasn't alot of ingredients but the portion size was pretty generous - with tuna, sashimi, tobiko, and imitation crab meat! The rice on the bottom was sushi rice - and it was qq and chewy, and didn't get soggy! The rice was distinctly sour and there was quite a lot of it! :D 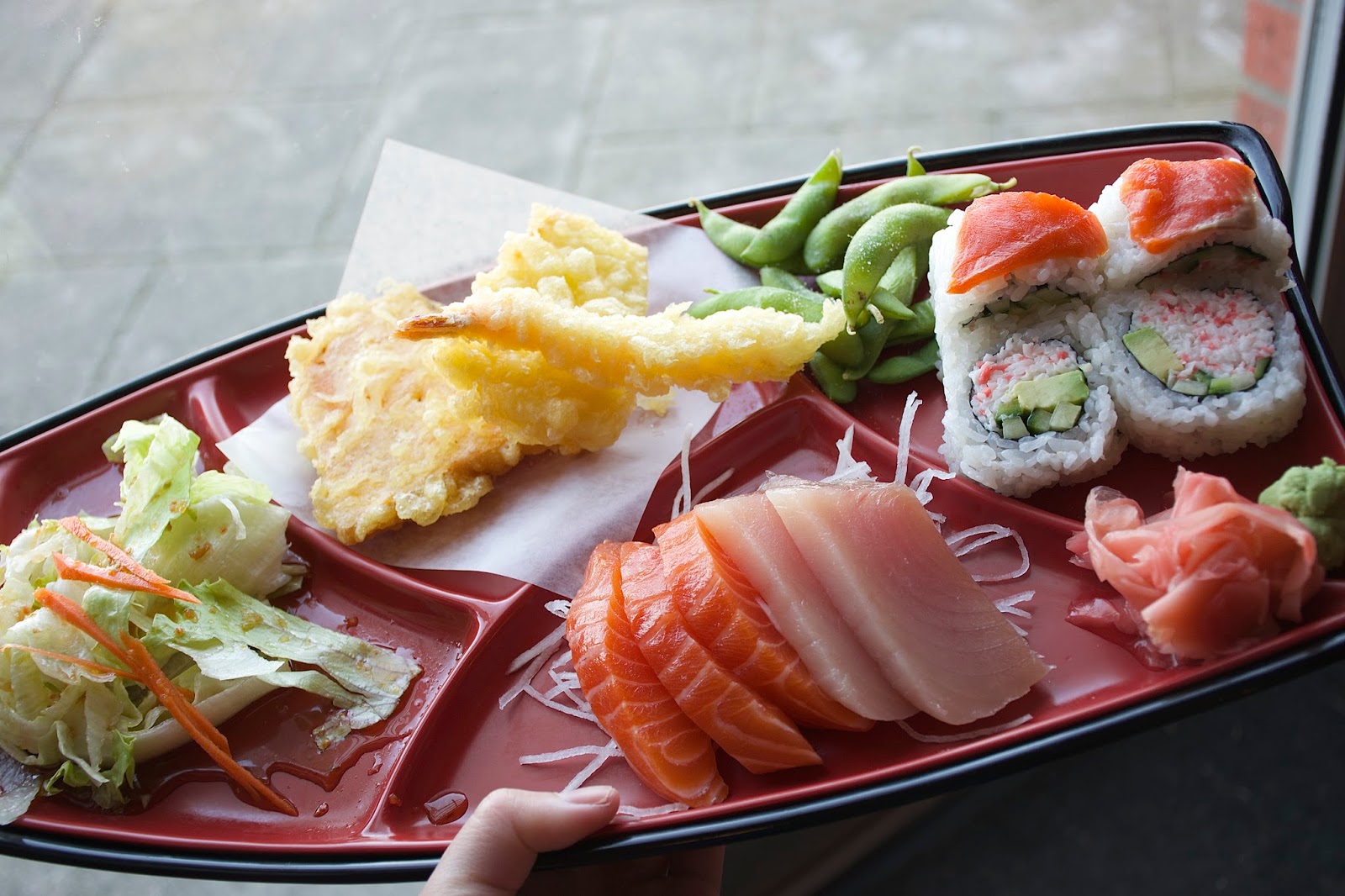 Sashimi Boat $9.95
3/5 stars
This was pretty average as well. The alaska roll was huge though, and pretty thick. The smoked salmon was only on two pieces and it was falling off a bit. The sashimi was average - standard, flash frozen salmon. The tempura was well executed though with a light and airy batter. It also came with some salted boiled edamame on the side and miso soup! On the menu it said that this combo included rice - but we had to ask for it, and when it came it was just a tiny little ball LOL! 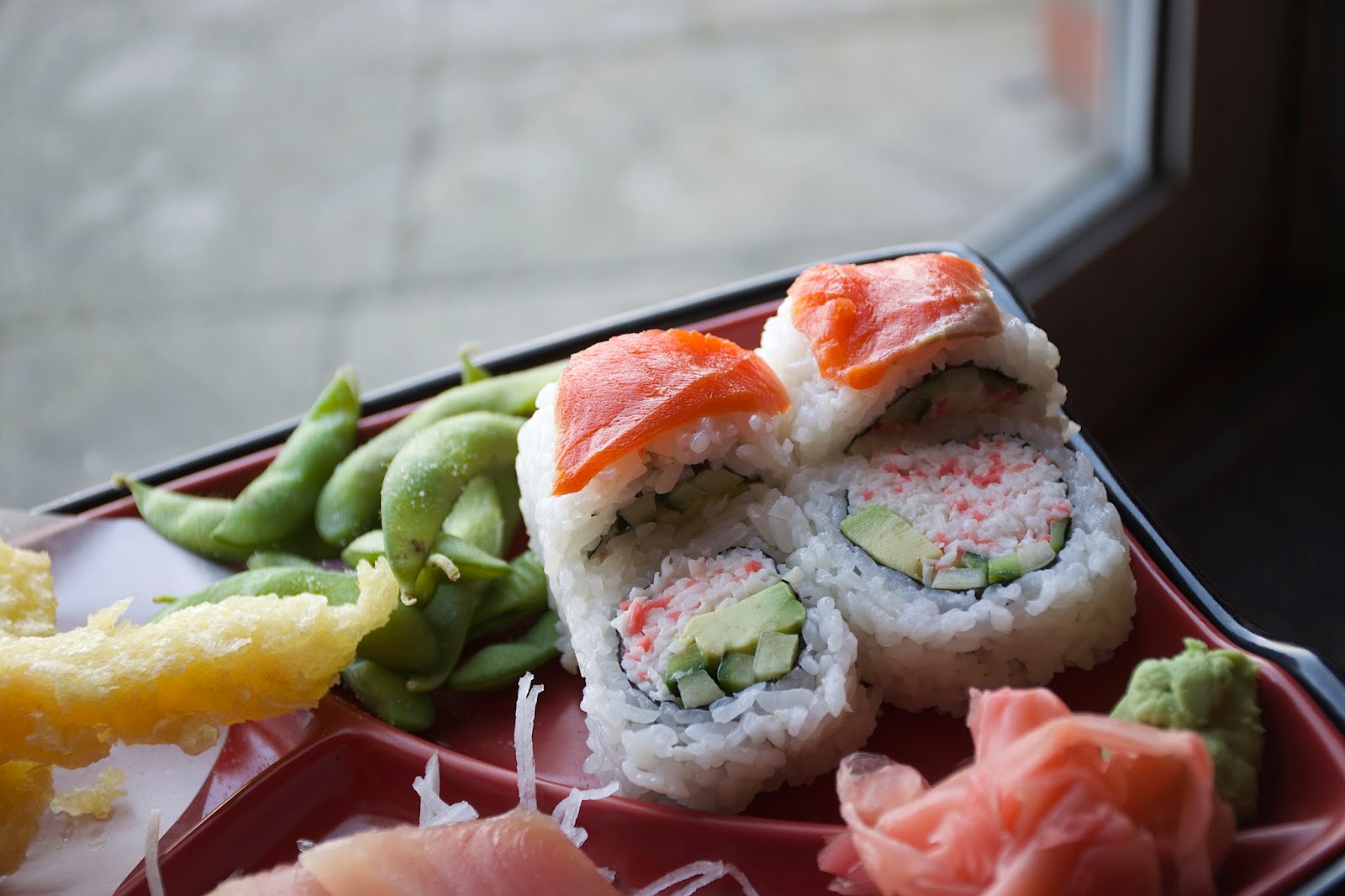 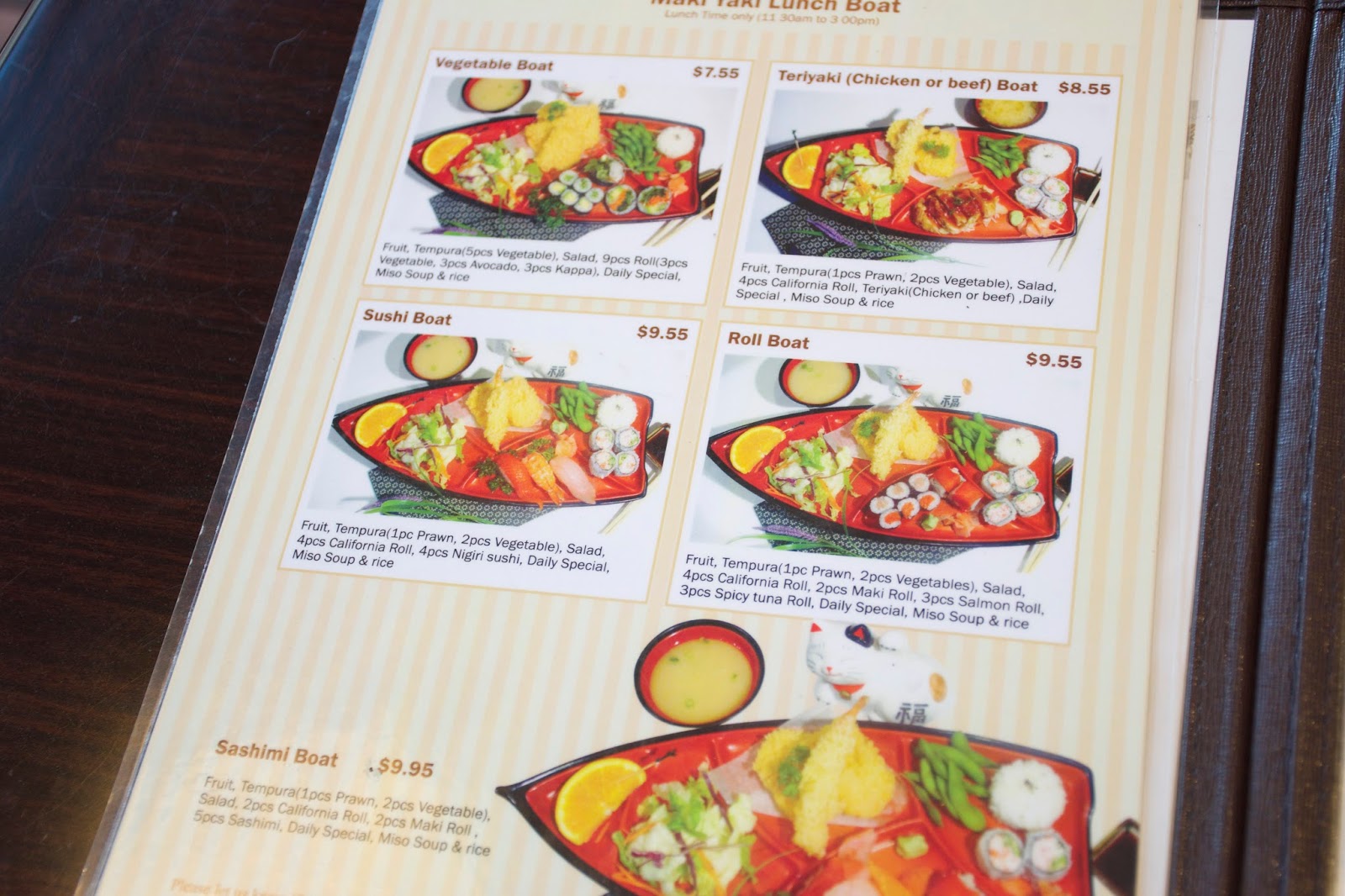 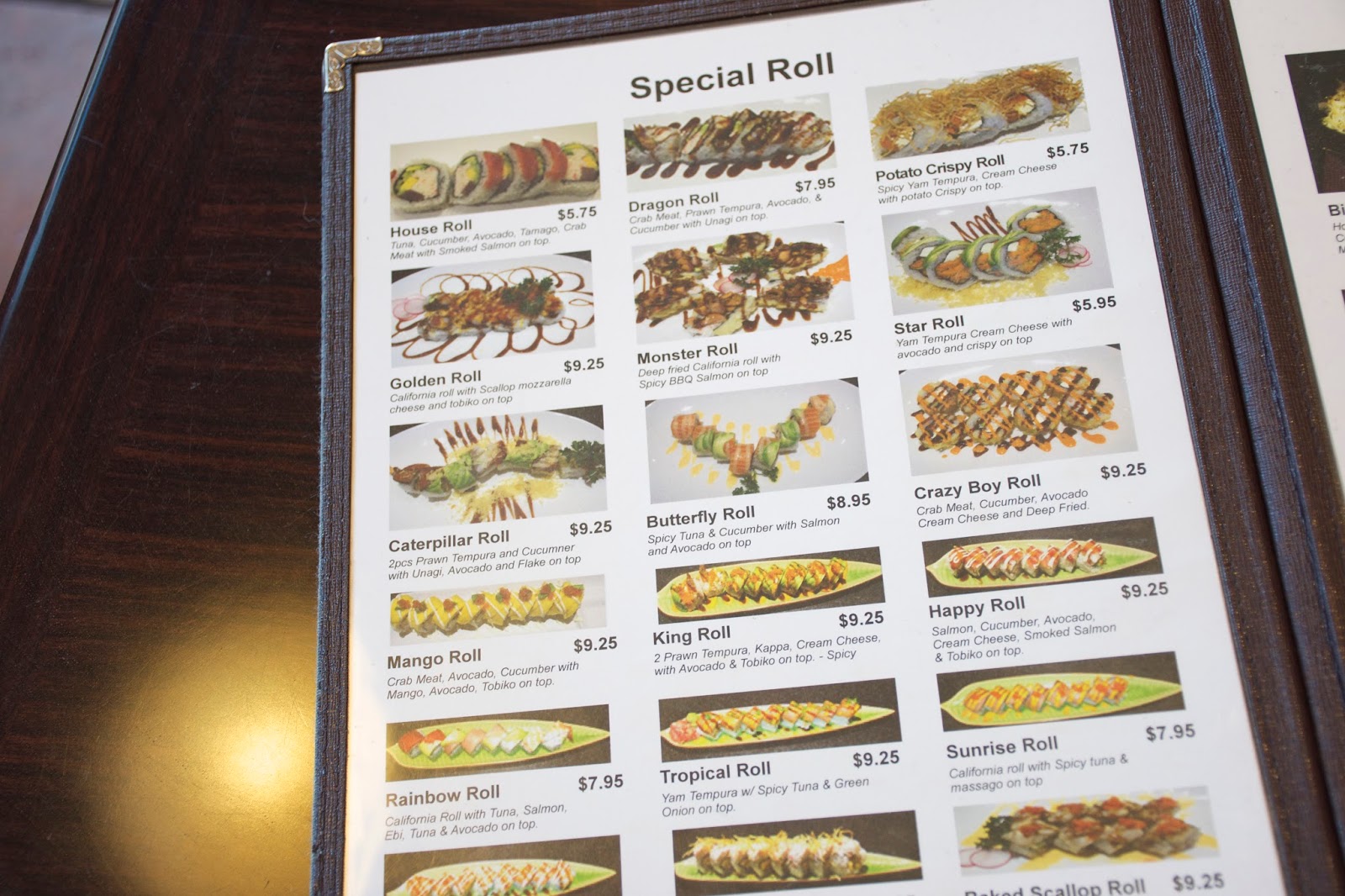 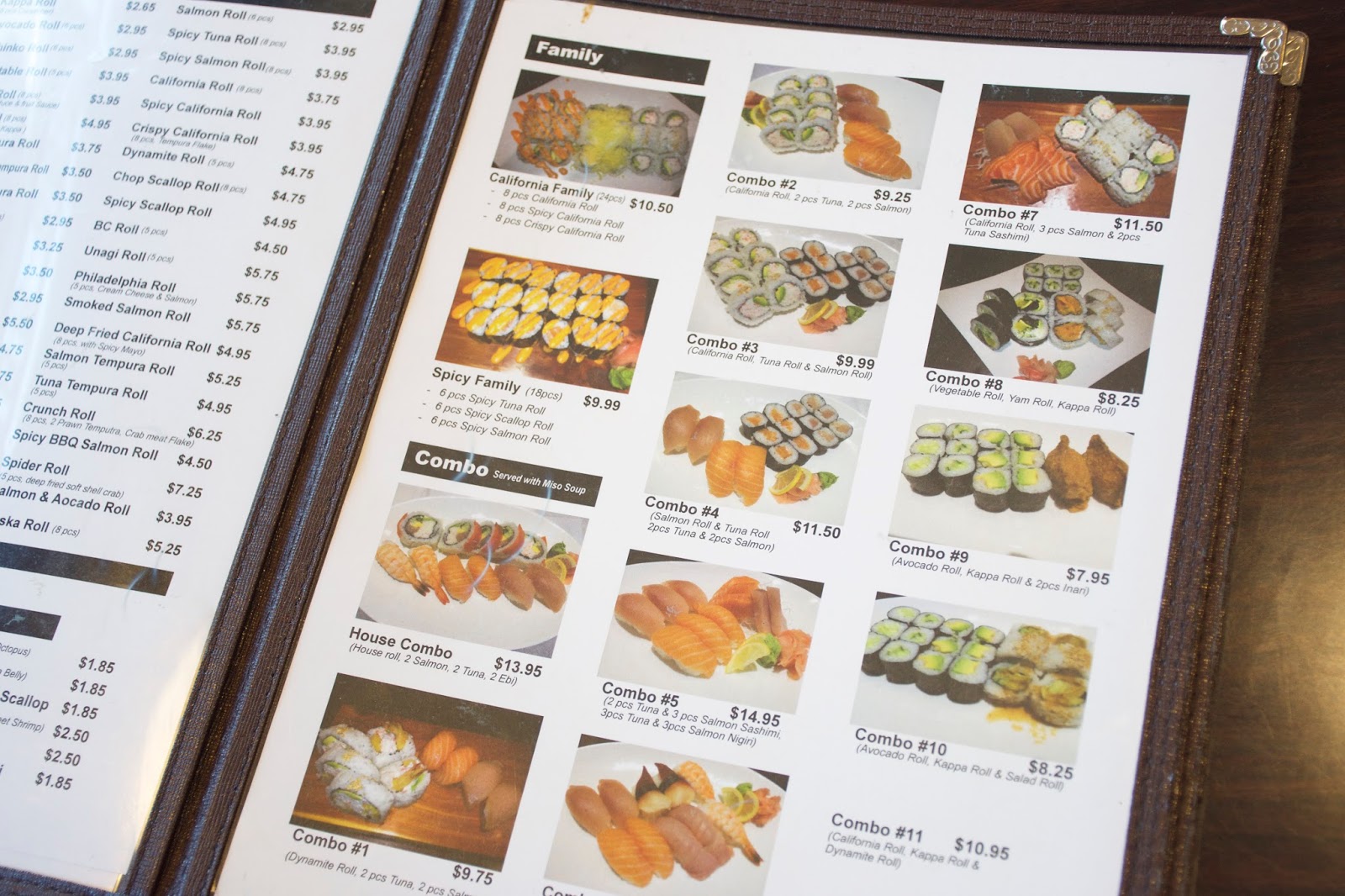 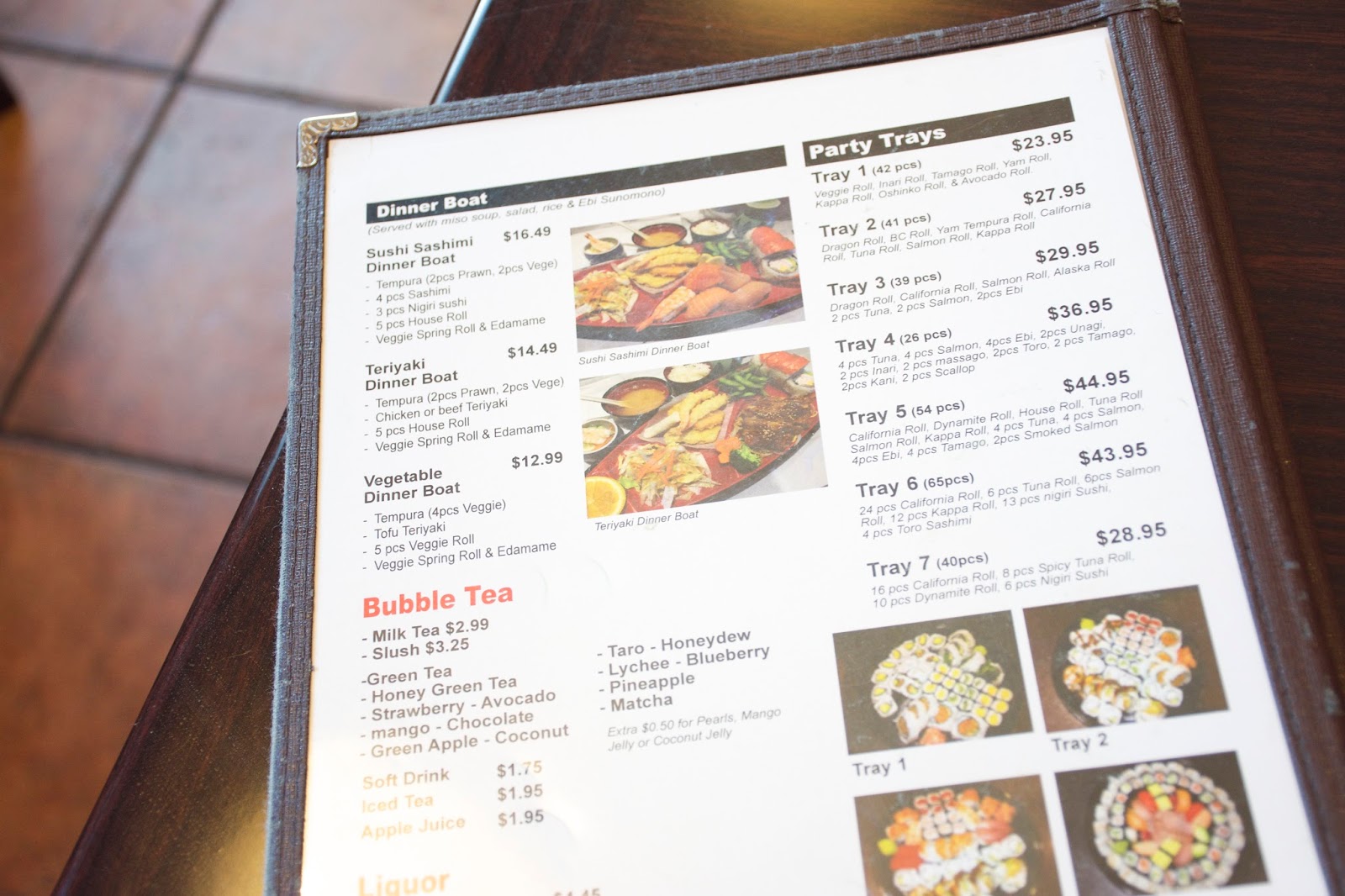 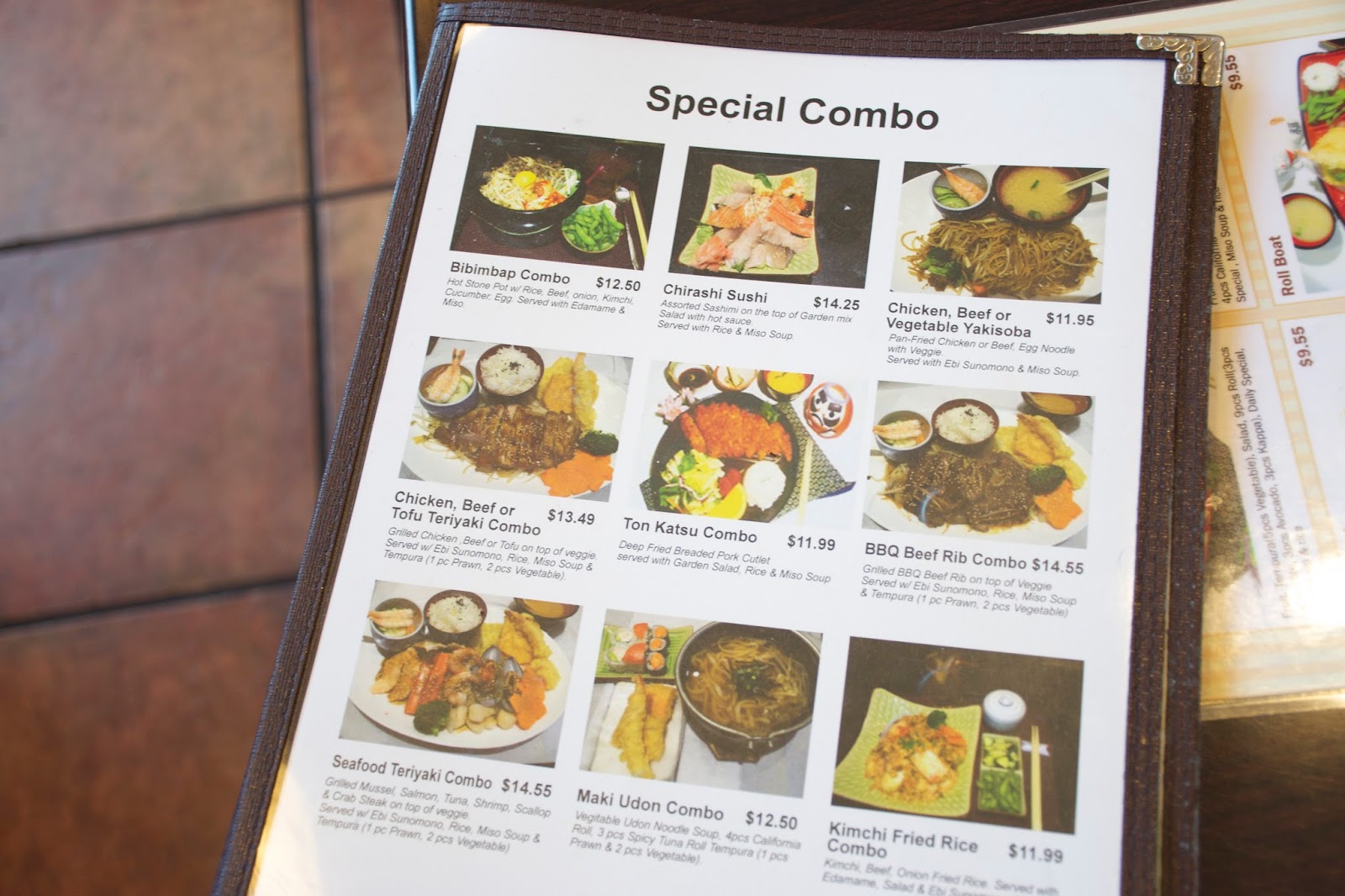 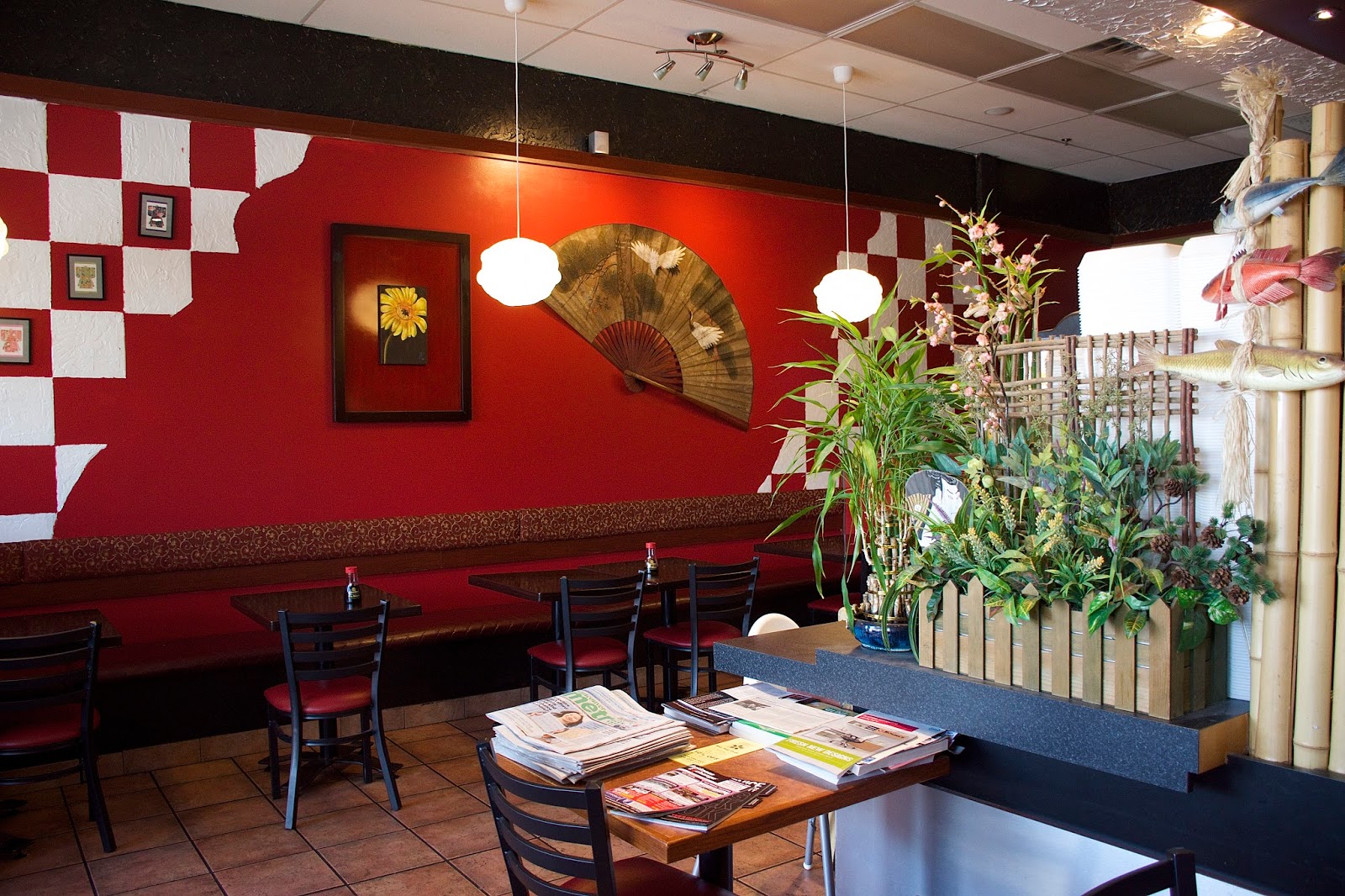