The Sardine Can Spanish Tapas - Gastown! 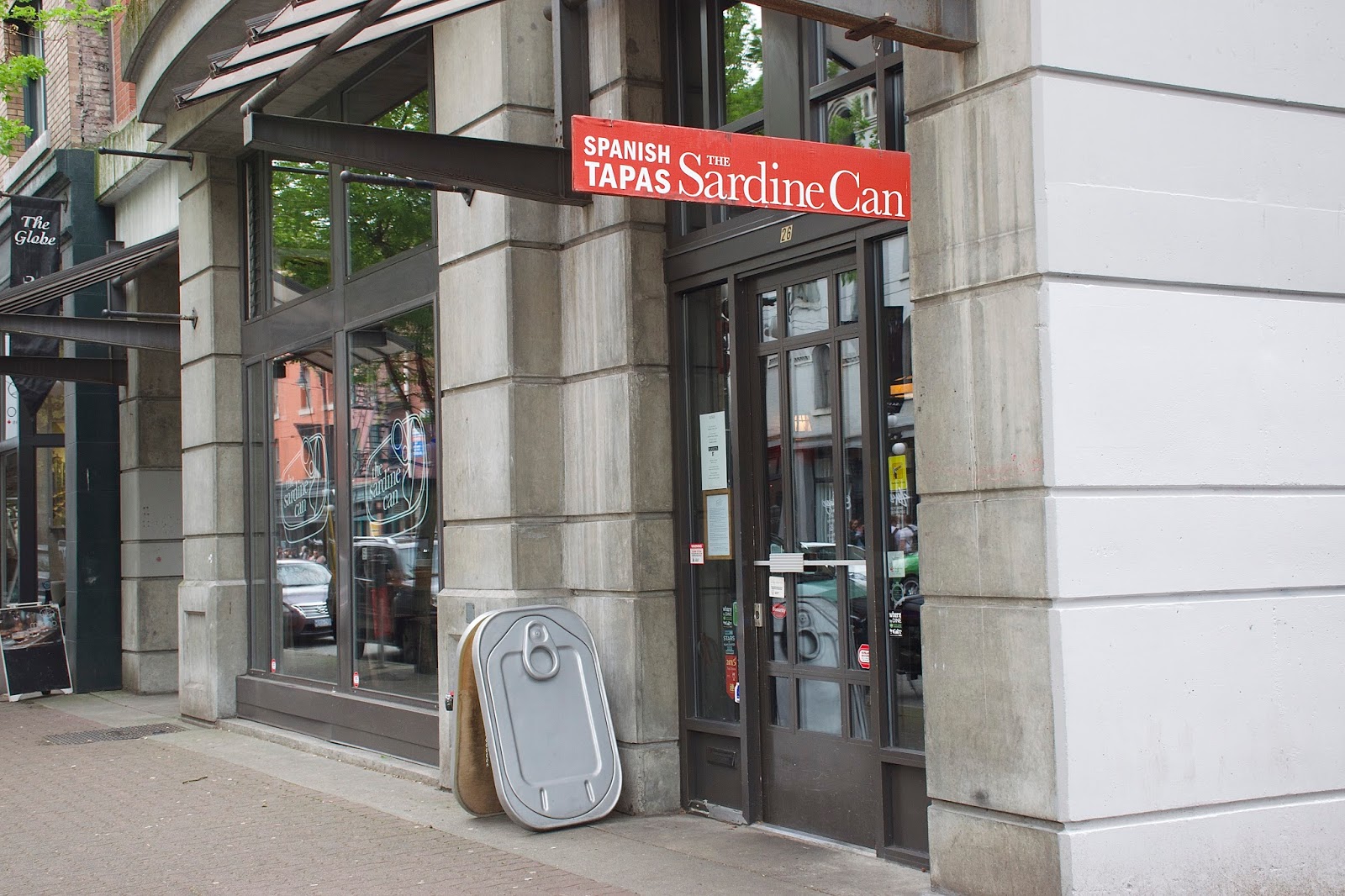 Last week when I went to Bao Down I spotted the Sardine Can - right beside Bao Down!! The giant Sardine Can by the door totally caught my eye haha!! So I made a mental note to check them out. And since I was in Gastown yesterday (I'm there so often lol) I decided to pop in to the Sardine Can for some mid morning tapas bites!! (because eating tapas dishes at 11 am is totally normal)

I was going to go to L'Abattoir for brunch instead, but I didn't feel like spending twenty dollars on a benny...but I still ended up spending the same amount of money at the Sardine Can lol (So much for saving money!!)

I'm pretty much a noob when it comes to Spanish food. But thankfully I had my trusty yelp app with me hehe. If it wasn't for Urbanspoon/Yelp, I would be completely in the dark about what to order!!

All the dishes at the Sardine Can are tapas style dishes - meaning that all the dishes are meant for sharing!! They do have a few entree type dishes though, like their Paella and Amoz Con Pollo, but all of their other dishes are small plates meant to be shared!! The dishes are a bit pricey, so don't expect to get full off of two dishes if you're eating alone (like me) *sniffsniff*

There were only 2 staff members in the entire restaurant, the owner, and the chef!! The restaurant itself is super tiny, with only a few tables and bar seats! 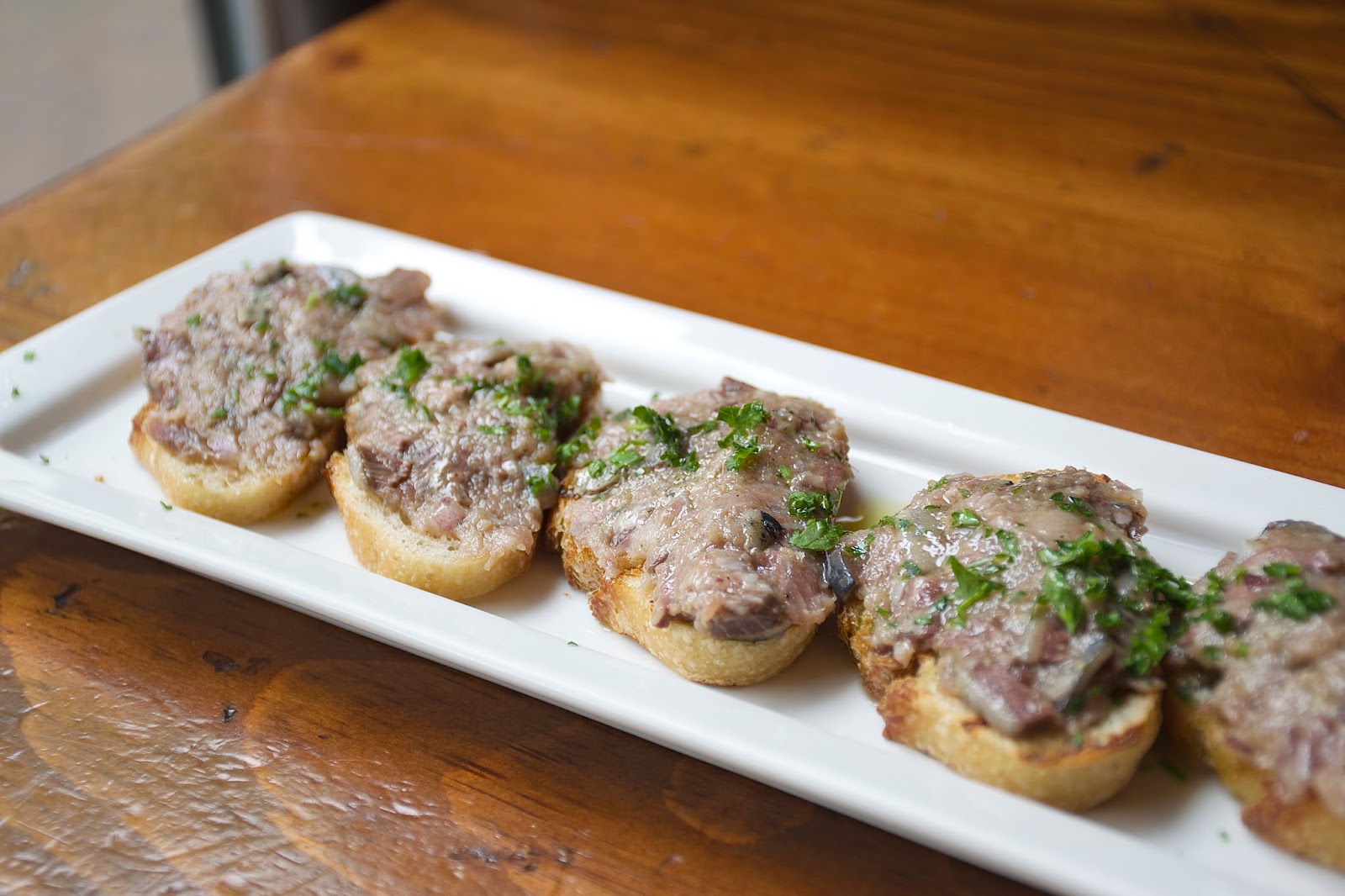 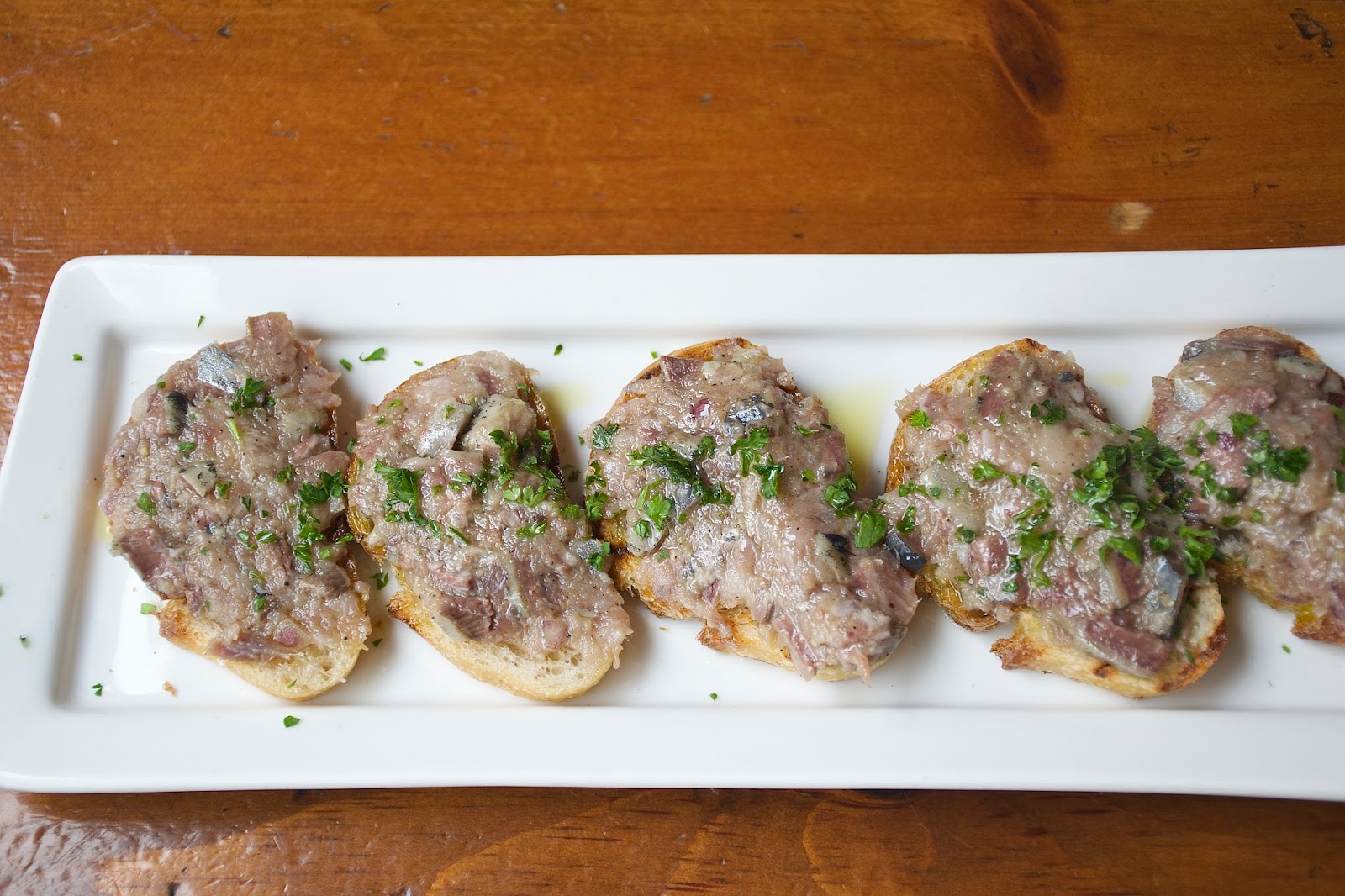 3.5/5 stars
How could I not order sardines at a place called "The Sardine Can?" LOL. This was really yummy and totally lived up to their namesake! Definitely a great dish to whet your appetite! This came with 6 pieces, so it would be a ideal starter if you're with friends! I'm not a huge fan of sardines, but I really liked this. It wasn't fishy tasting at all and the sardines were really fragrant. The bread was really crunchy too, but not to the point where it was rock hard.The olive oil soaked through the bread and mixed really well with the other flavours! 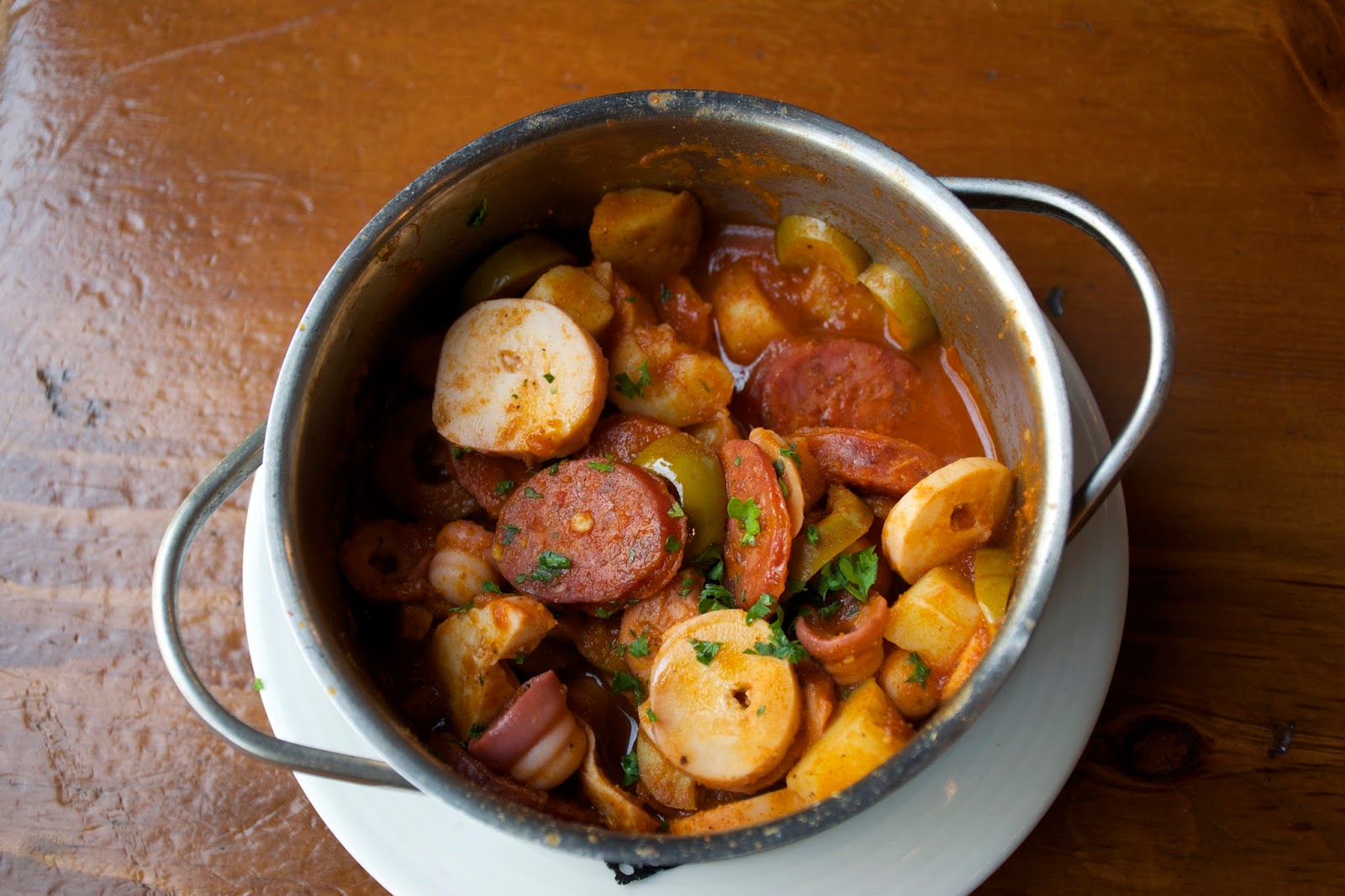 This was actually my first time eating Spanish stew, and it was pretty awesome hehe. The entire dish was pretty spicy, but still tolerable (even for me...I have a low tolerance for spicy foods haha.)  The chorizo was really tasty, after I was done I wanted more!! The potatoes were well cooked by not mushy, and the octopus had a pleasant chewy texture that made it easier to chew. The sprinkle of orgegano made the dish really fragrant! The olives imparted a extra layer of flavour. 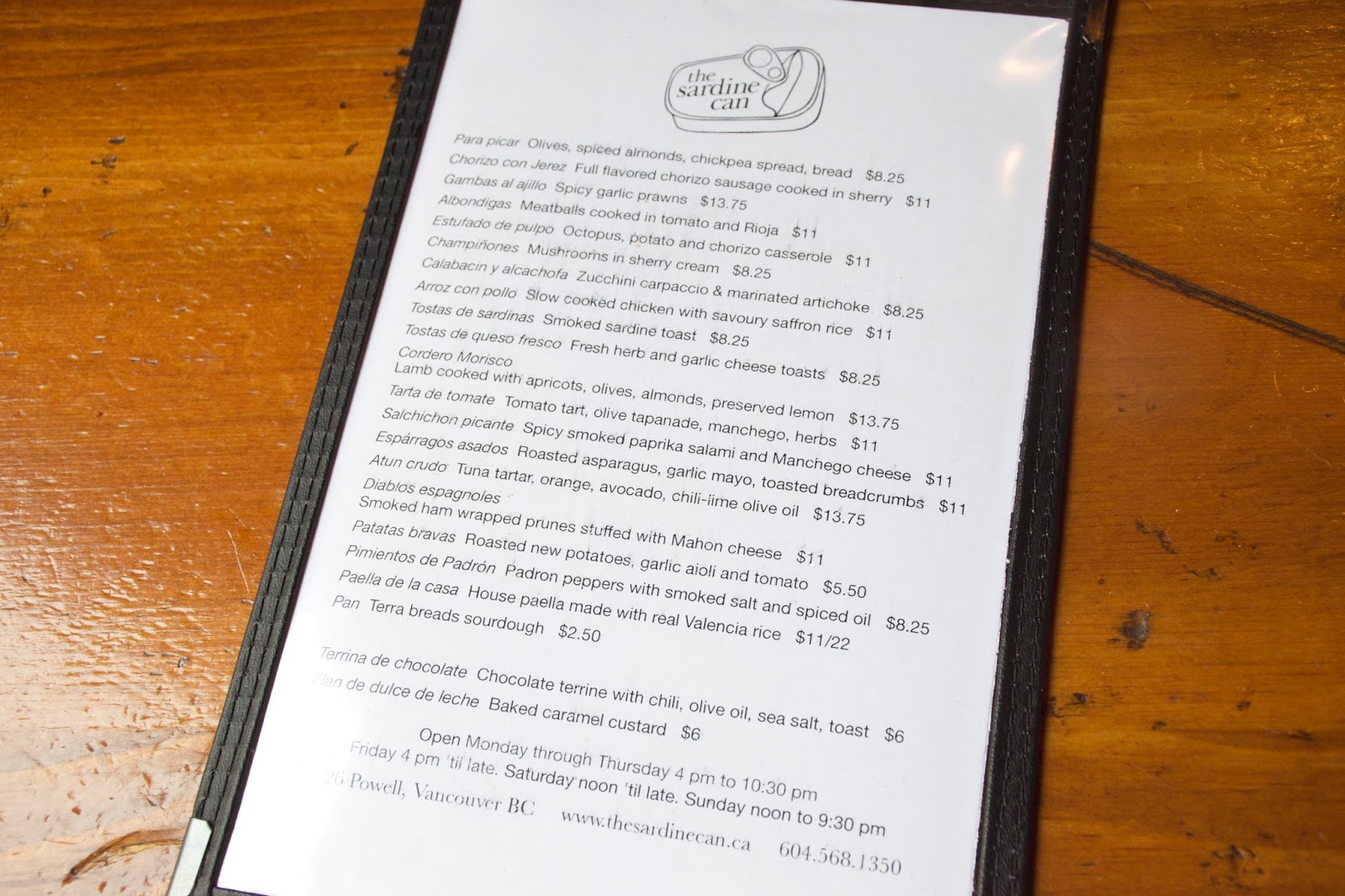 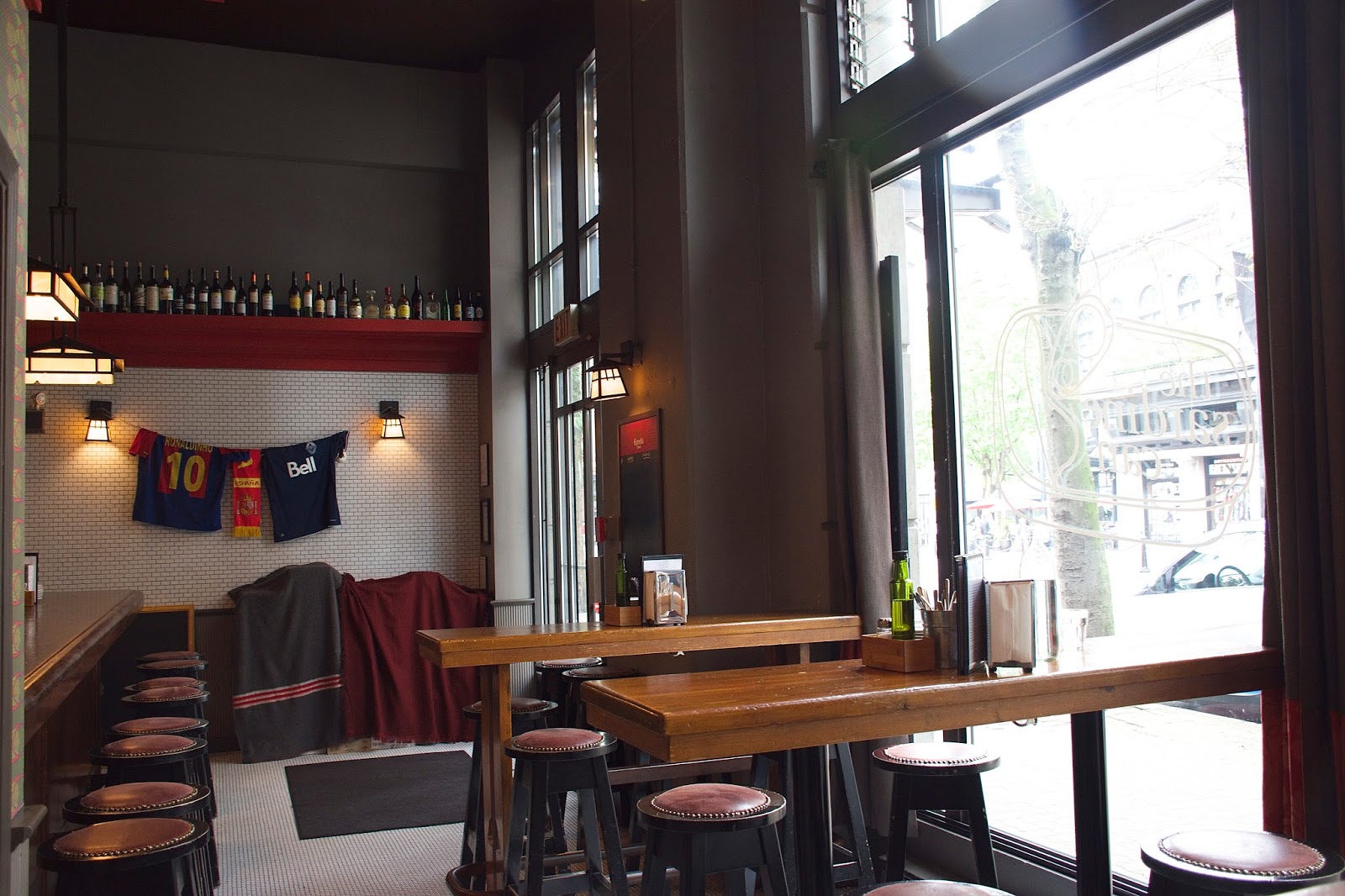