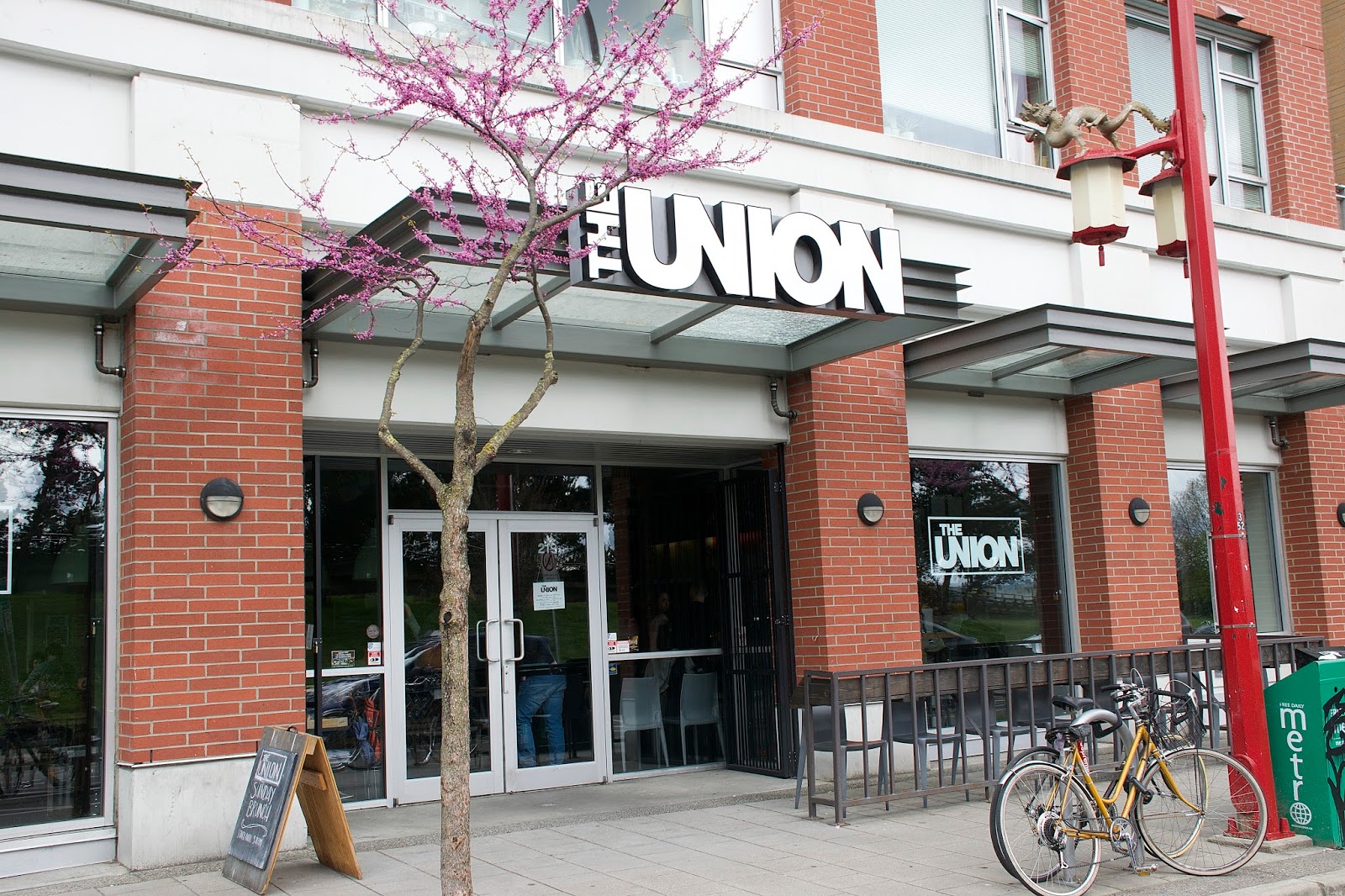 I feel like I haven't "brunched" in SO long!!  Though looking back at my posts, my last brunch was at Upstairs at Champaghnaolo, last week haha. See Dad, keeping a blog is handy, I can look back at what I ate, years later!! :D

I realized something last week...am I basic for LOVING brunch? Am I a basic b? (Life Questions!) I hope not LOL...Not that there's anything wrong with being basic!! ;)

I actually took a test on Buzzfeed (embarrassing I know) and my results were : "You are not basic."

Which is obviously a cause for celebration!! ;)

The only "basic" traits that applied to me were

-You like brunch (uh, who doesn't?)
-You wear leggings (I wear leggings everyday hehe...as pants (shameful I know) ...they're so comfy though!)


Wow..this post is getting really random. Yea, today is one of those days...where I add random facts (that nobody really wants to read) into a food review. My apologizes.

Anyways, I went to the Union for brunch today and it was pretty dang awesome hehe. Fusion food can be tricky - but the Union nails it!! From the small sampling I had today - I'm yearning to try their full brunch & dinner menu!!

Everything on the menu sounded amazing... I had a hard time deciding what to order, the waitress came back to check on me 3 times before I finally made up my mind (indecisive people probs!)

Pandensal French Toasts, Banh Mis, not too mention their awesome drink menu...they even have traditional filipino breakfasts!! (Scroll down for a look at their full menu!!)

I had pay tribute to my roots, so I eventually settled on one of their bao bennies!! It's not your average english muffin benny... it's made with a BAO!! Yes, a chinese bao bun!!! I was SUPER excited hehe...cause baos are practically my life (though I should probably eat them more often.)

Oh, you guys may not know this about me, but my nickname (that my parents have been calling me since I was little) is Ai-Bao LOL!! Which is Taiwanese for "Bao Bei" which roughly translates to "Baby." :D
So how can I not LOVE baos? ;)

Oh btw - the Union only opens for brunch on weekends, and during the weekdays they're closed for lunch and they're only open for dinner!! They're located a few doors down from Crackle Creme, so you've mostly likely passed by the Union without knowing it! :) 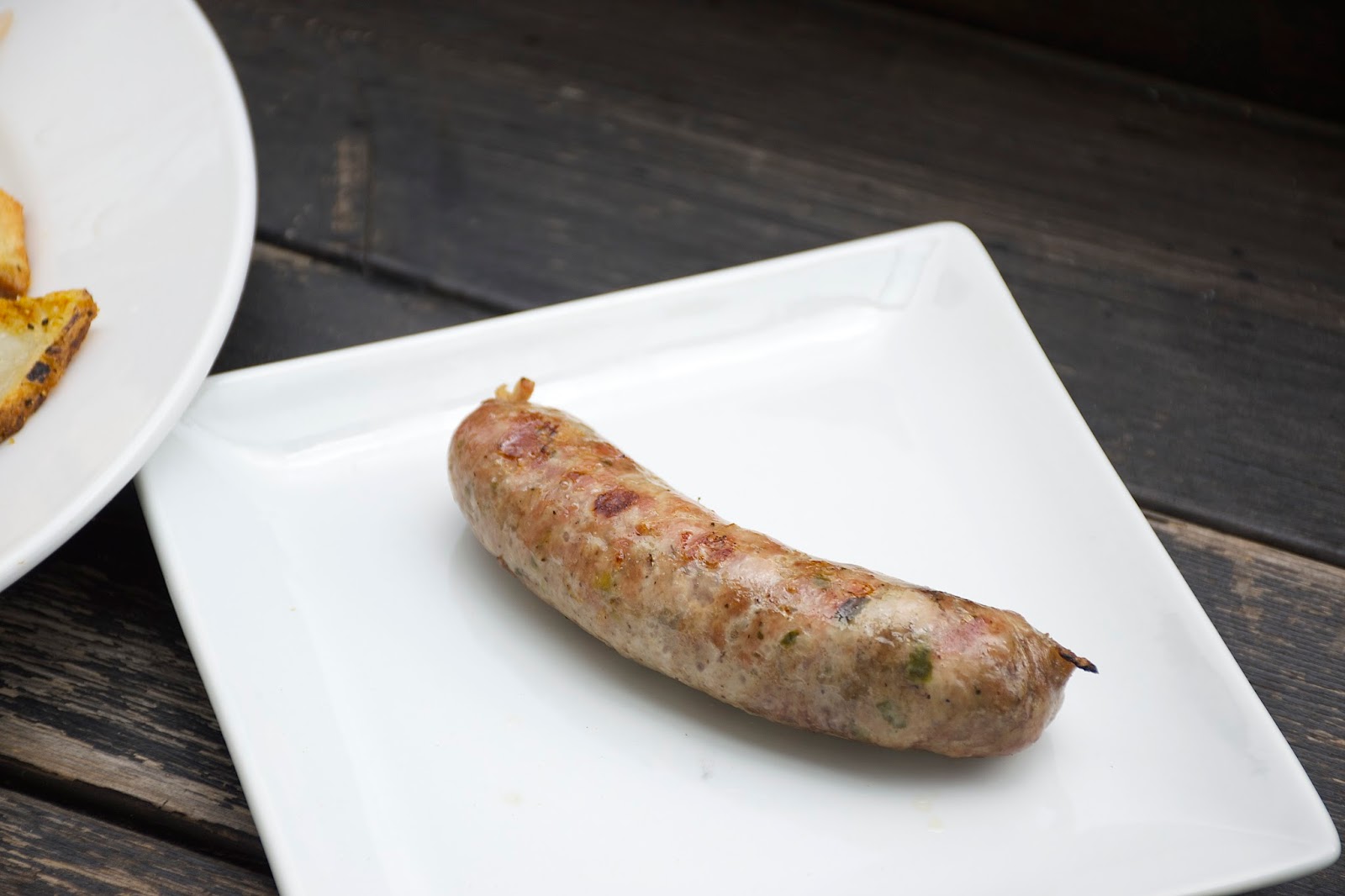 I also added a lemongrass pork sausage hehe, cause how can one say no to lemongrass?! Exactly. This was one of the odd cases where the smell was completely different from the actual taste LOL. You know what I mean? The sausage itself smelled like pork and had this smokey aroma (it didn't smell like lemongrass at all) but once you bite into it, the lemongrass just SMACKS you in the face!! The sausage itself was pretty tasty, it could have been more juicy, but the flavours were on point! 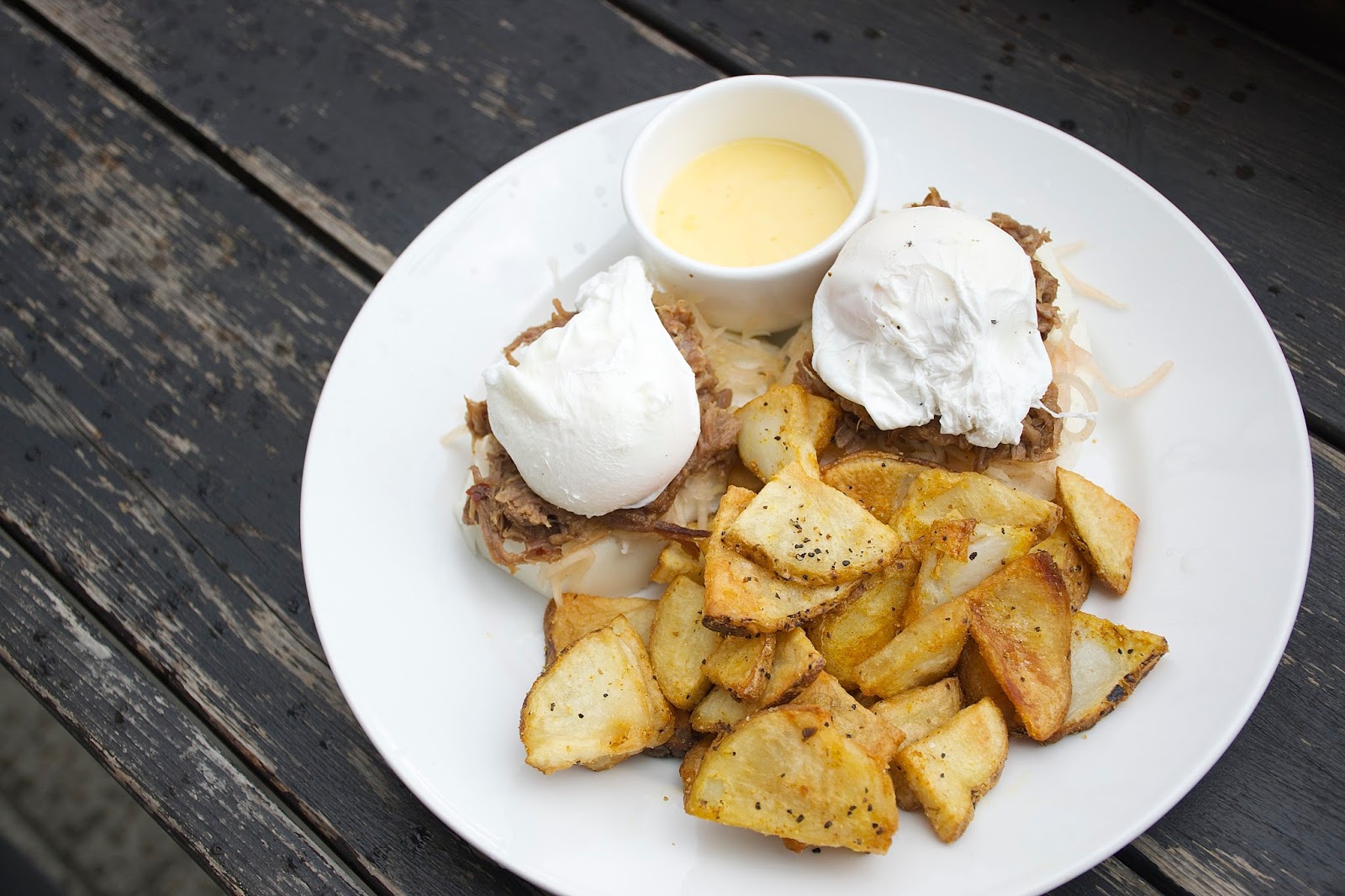 So much deliciousness on one plate!! The benny was simply awesome!! I was worried that the pulled pork would be overly spicy, but it was actually savoury-sweet!! The pulled pork was moist, and the soy flavour was pretty intense. Paired with the tartness of the papaya achara, it was a flavourr explosion in my mouth hehe!! So bomb!! The bao itself was milky and subtly sweet - quite nice really and on par with most authentic chinese baos I've had!! The eggs were perfectly poached and runny, which totally sealed the deal!! :D 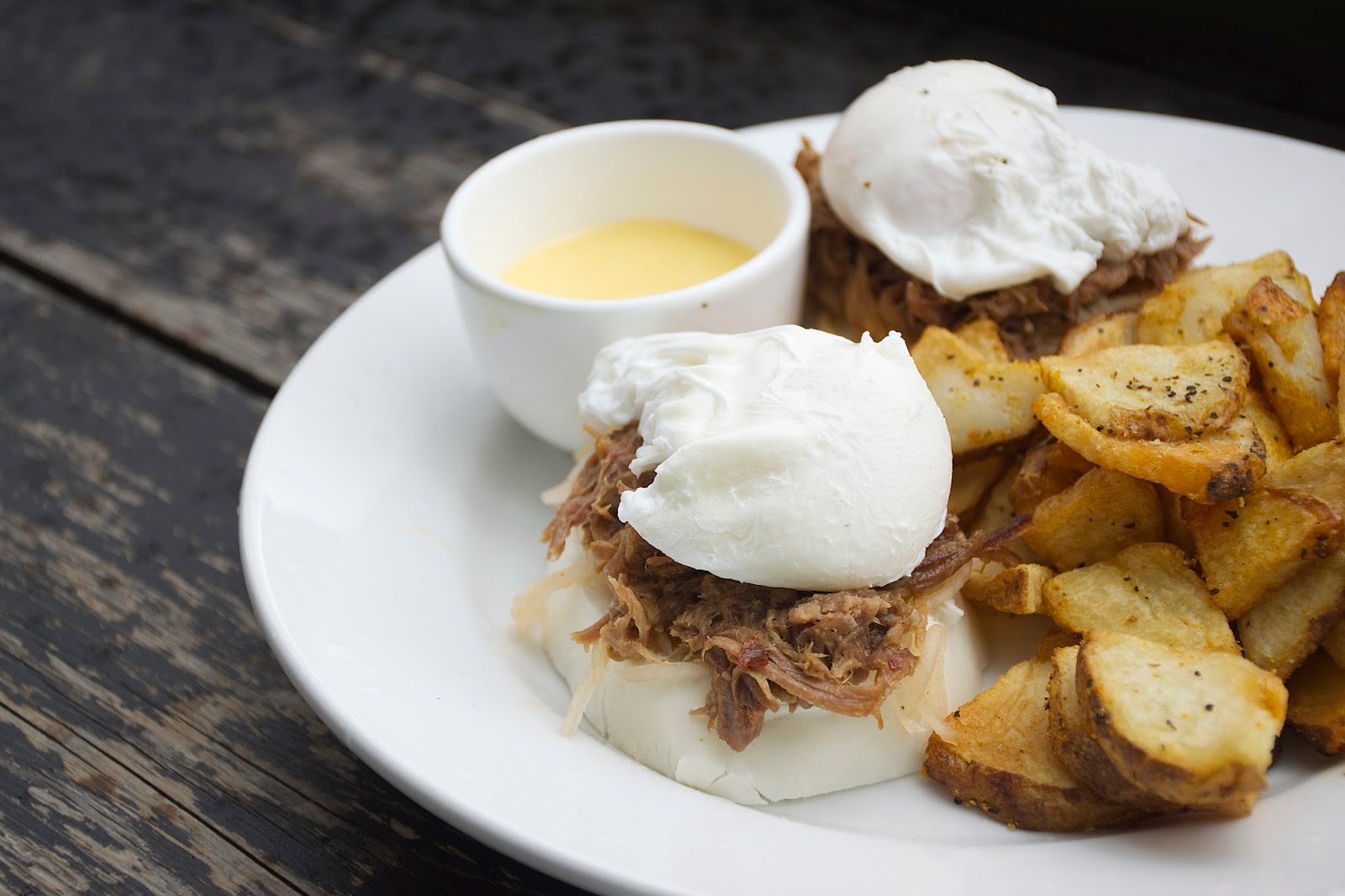 Closeup shot of the benny - this was SO good!! Wow, it sounded so simple on the menu, but the flavours just blended together beautifully!! :D 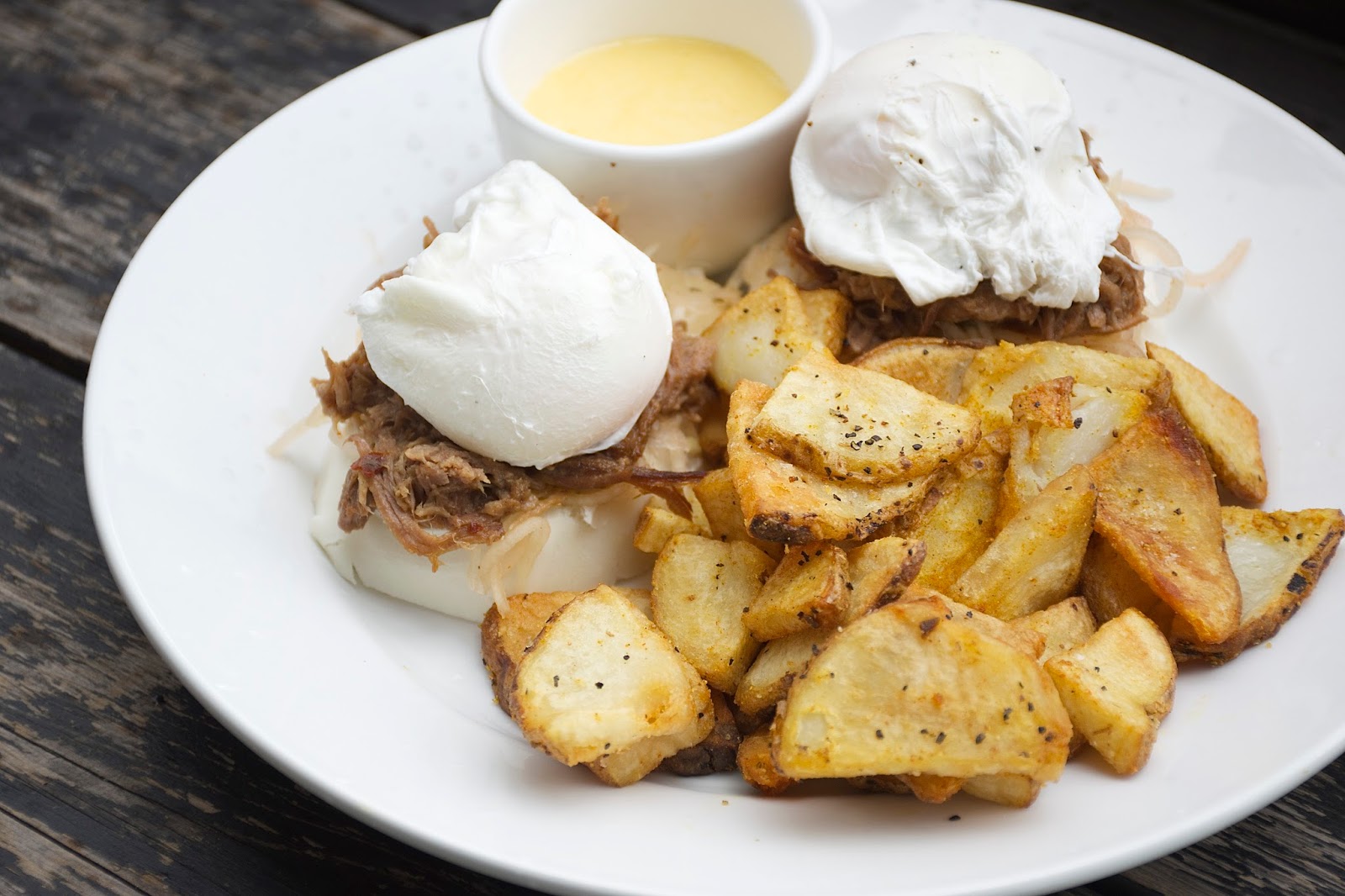 Mmm...the curried hash was scrumptious!! It was mildly spicy, but the spices were really pugent!! The potatoes were crispy on the outside and I liked how they were on the thinner side - and not shaped like your traditional hash!! :D 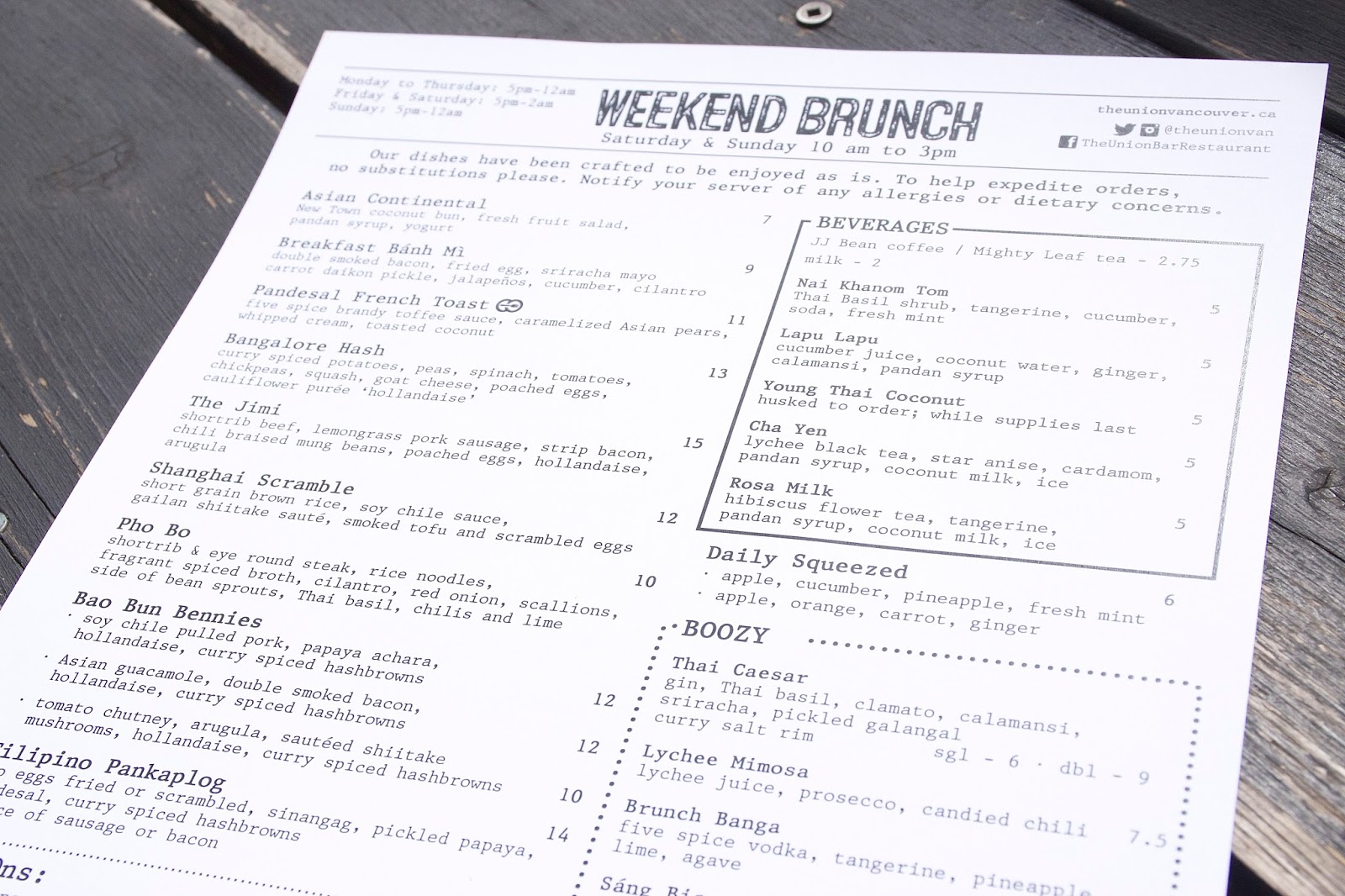 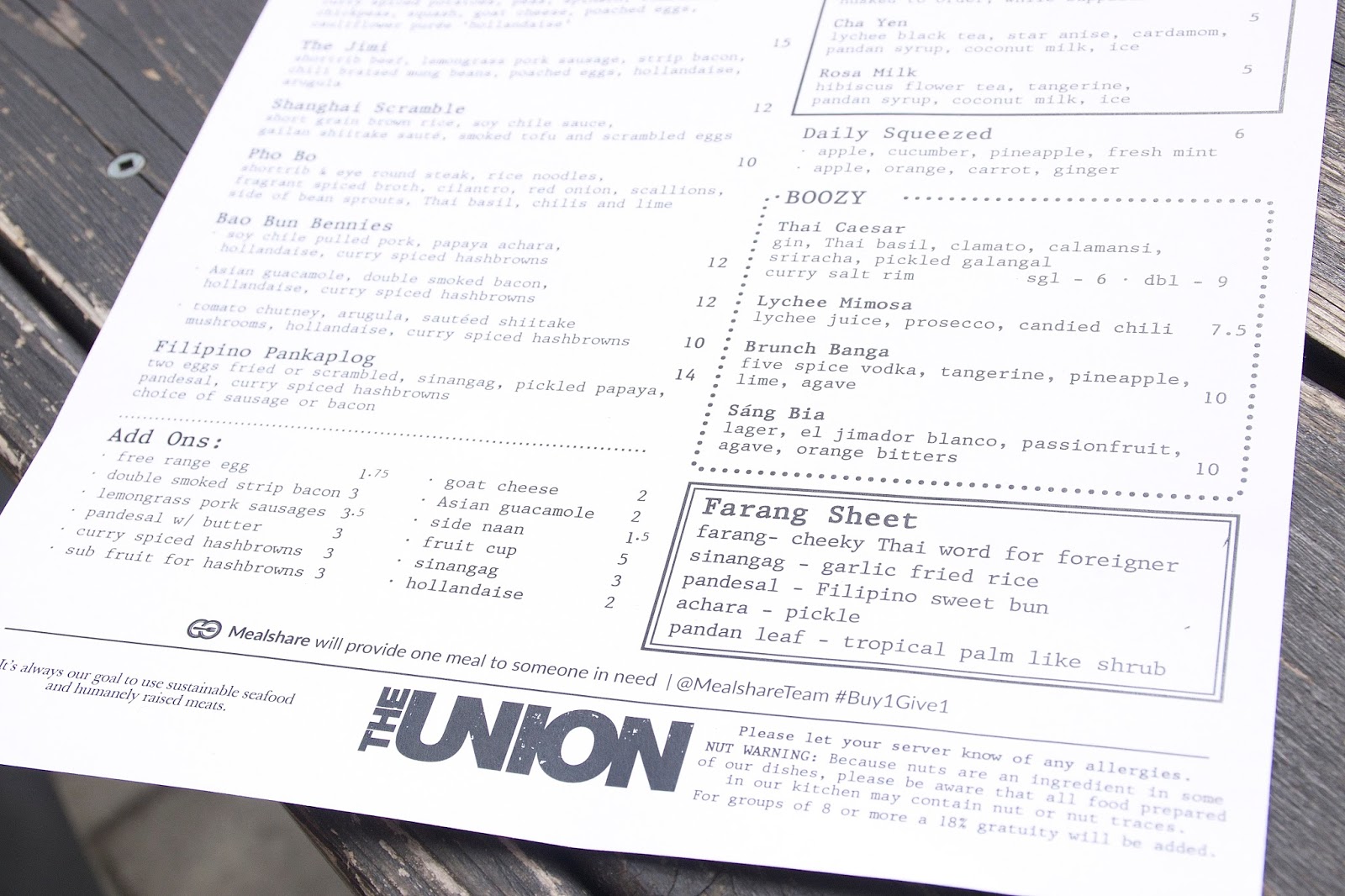 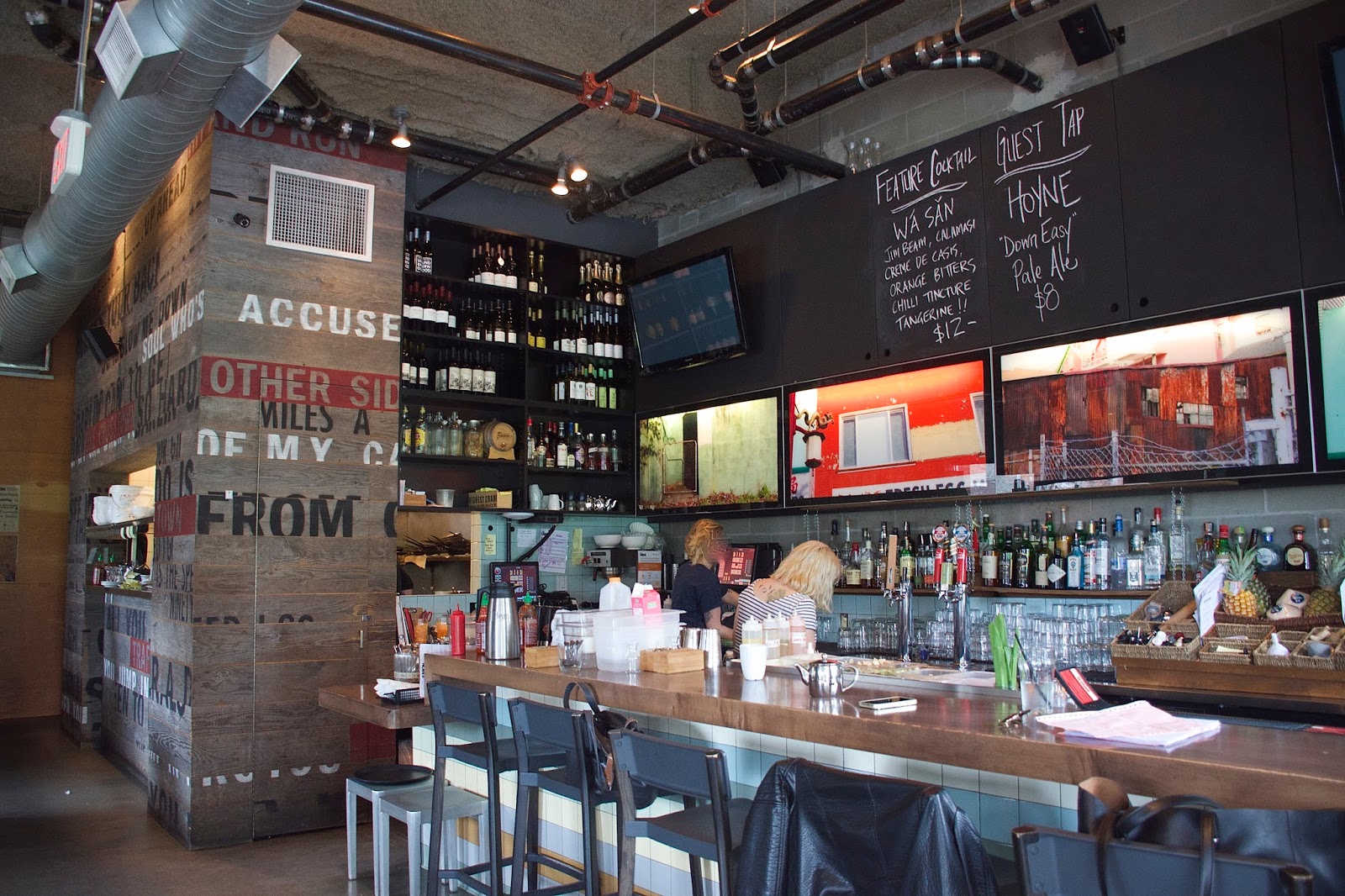 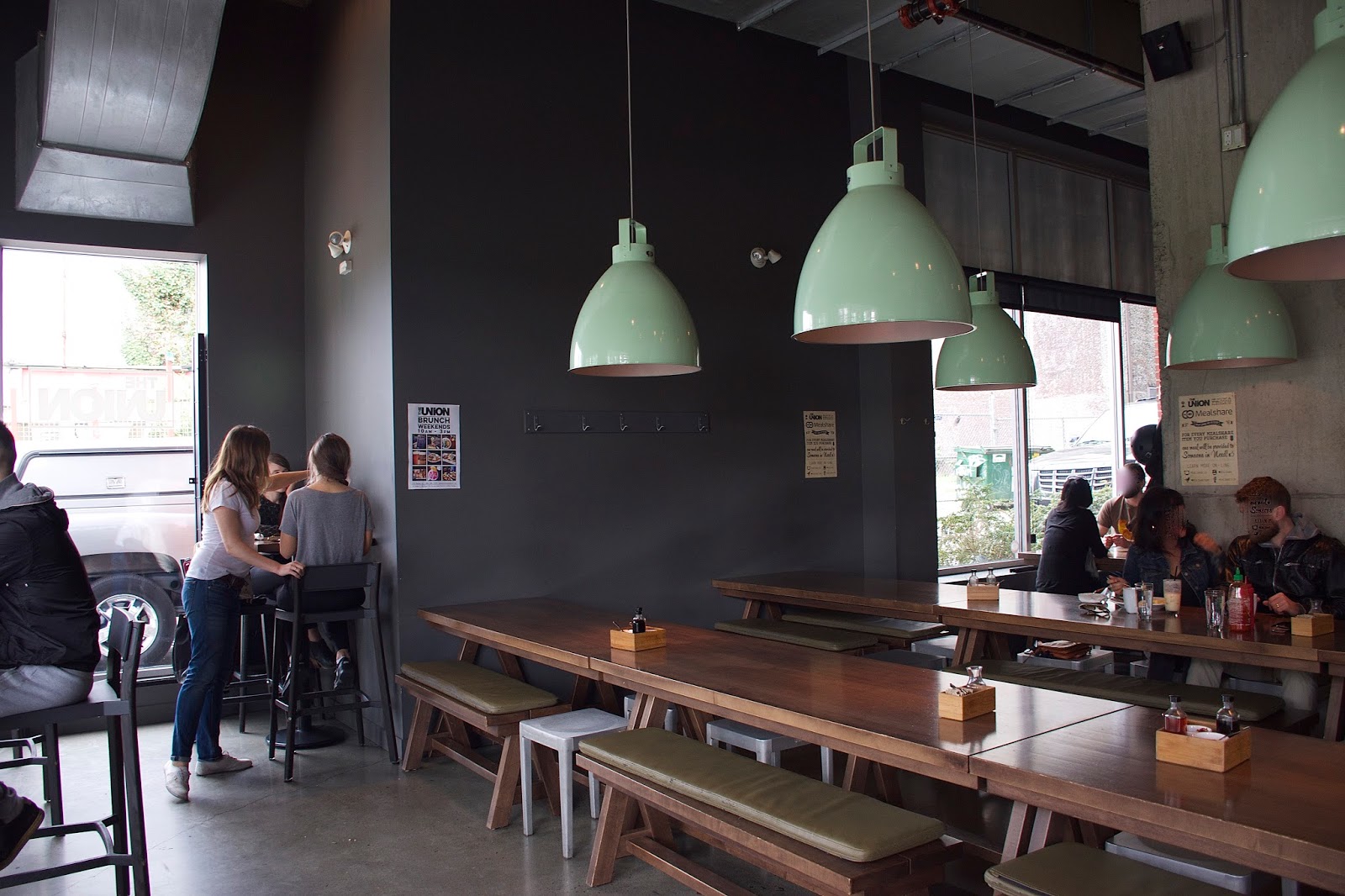 I love the colour scheme...awesome industrial vibe going on!! :D