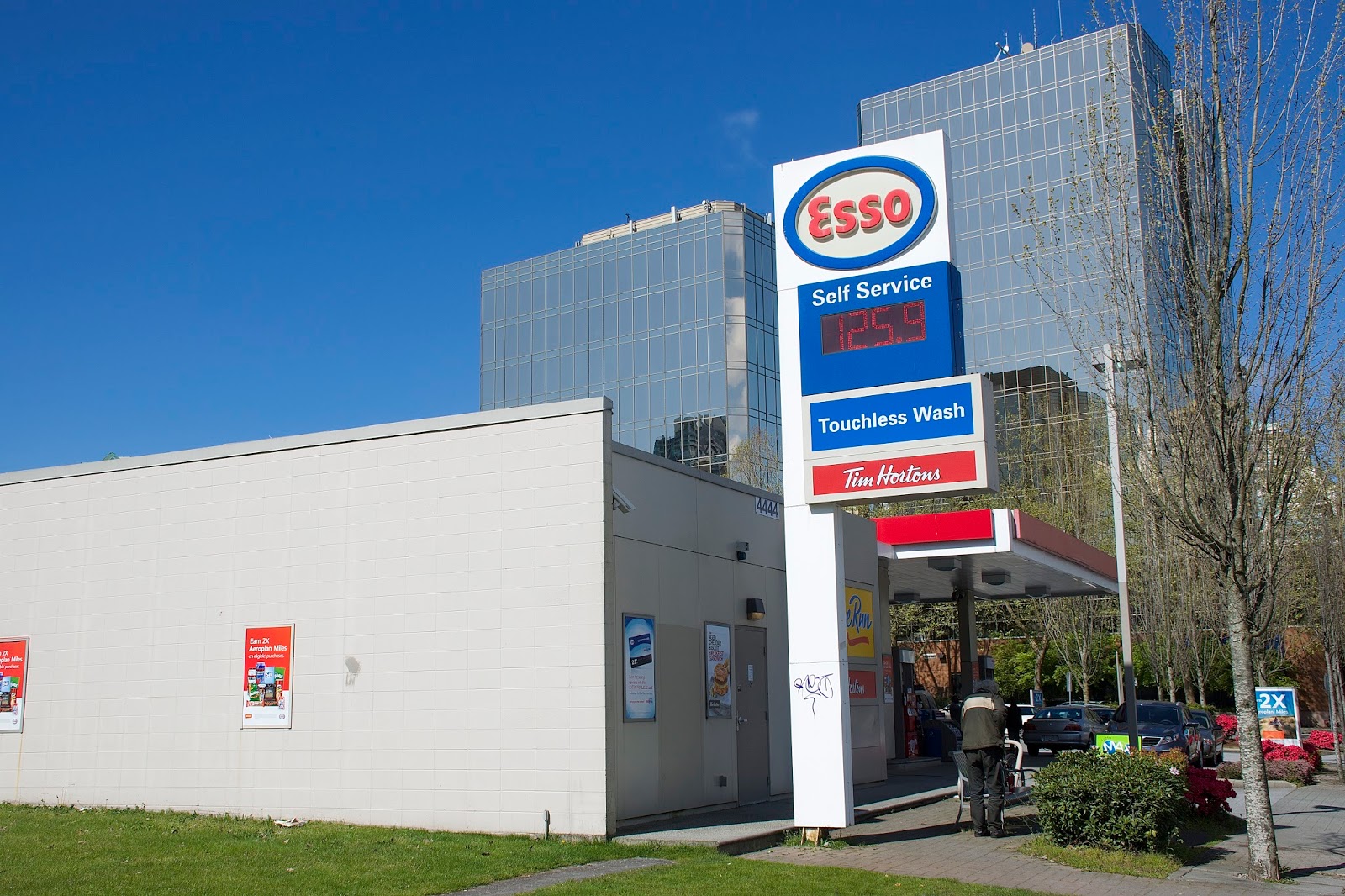 @Anonymous suggested on my McDonalds review I that do a review of Timmy’s breakfast sandwiches so I could compare the two!! Thanks for the suggestion Anon!! :D

Yea…I probably should’ve gone to an actual Tim Hortons location, but I went to this one inside a gas station because it was close by LOL. This is the gas station across from Crystal Mall!

I have to be honest - I’ve only eaten at Timmy’s a handful of times LOL. *Hangs head in shame* I’m so Canadian right? ;)   I’ve only tried their timbits once, their donuts 3 times - and a few of their muffins!! I’ve never even tried their coffee (shocking right?!) I’m not much of a coffee drinker though - I get so wired off of coffee- the effects of caffeine last 48 hours on me!!

We wanted to get their cheddar biscuit but they were out (they’re that popular?) - so they gave us a regular one instead!! It wasn’t until we left that I realized they charged us for the price of the cheddar biscuit instead of the regular one! Oh well!!

The food actually took a while to come out - which means that the sandwiches are all made to order!! :D
I was impressed that they used a real cracked egg - unlike the disgusting square shaped ones at Mcdonalds lol (although you can always ask for a freshly cracked one.) This location is really busy - there’s always a huge lineup with people grabbing a coffee before heading to work!!  For an express location, the selection of pastries/donuts is still pretty decent!

And yes - I stood on the grass (across from Crystal Mall) and stood there taking pictures of my breakfast (and like always, I got a few ‘concerned’ stares)   ;) 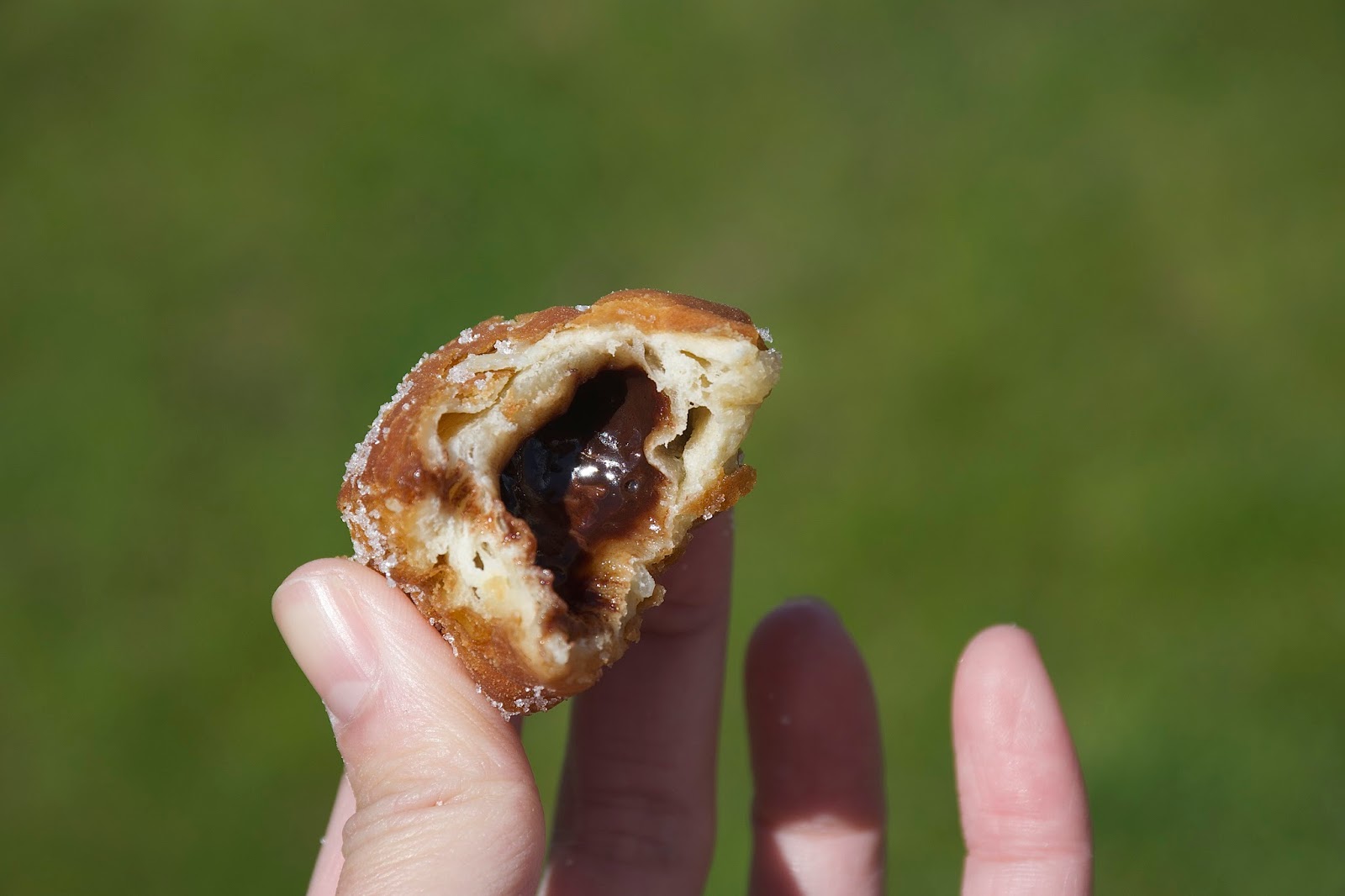 Timmy’s just came out with a new snack item - the nutella pastry pocket! But wow - for $1.25, this thing was TINY!! It was barely the size of 2 toonies!! We still wanted to try it though hehe. I couldn’t try any though because nutella has hazelnuts in it, and I’m allergic to nuts!! My mom did and she liked it a lot, the pastry itself  was dusted with sugar and flaky on the outside, and the nutella oozes out from the centre when you bite into it!! But yea - still really overpriced for what it is. Their donuts are definitely a better deal! But on the up side - this probably has less calories LOL!! 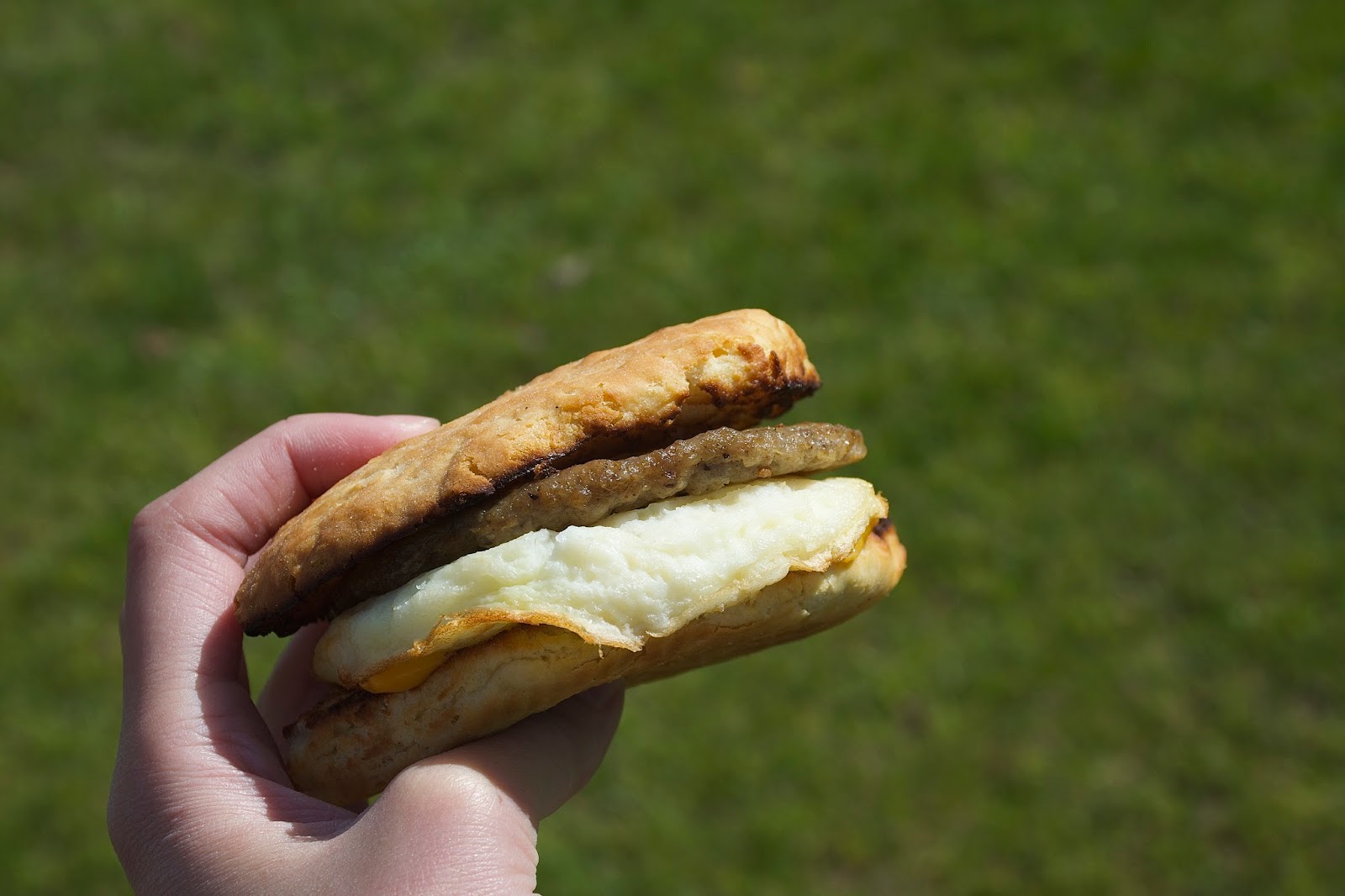 
2.5/5 stars
My mom and I shared this - but I only had few bites because I’ve been trying to avoid dairy! The sandwich was actually pretty decent - by fast food standards haha. Wayy better then McDonalds imo. The biscuit was actually a bit crumbly and semi moist. The sausage was super thin though - but it was nice and peppery. The egg made it look (and taste) a lot more “homemade” and less like it came from a factory assembly line LOL. The cheese was just a processed cheese - nothing that exciting. I definitely prefer this over the McGriddle (which was blah) I had a few weeks ago haha! 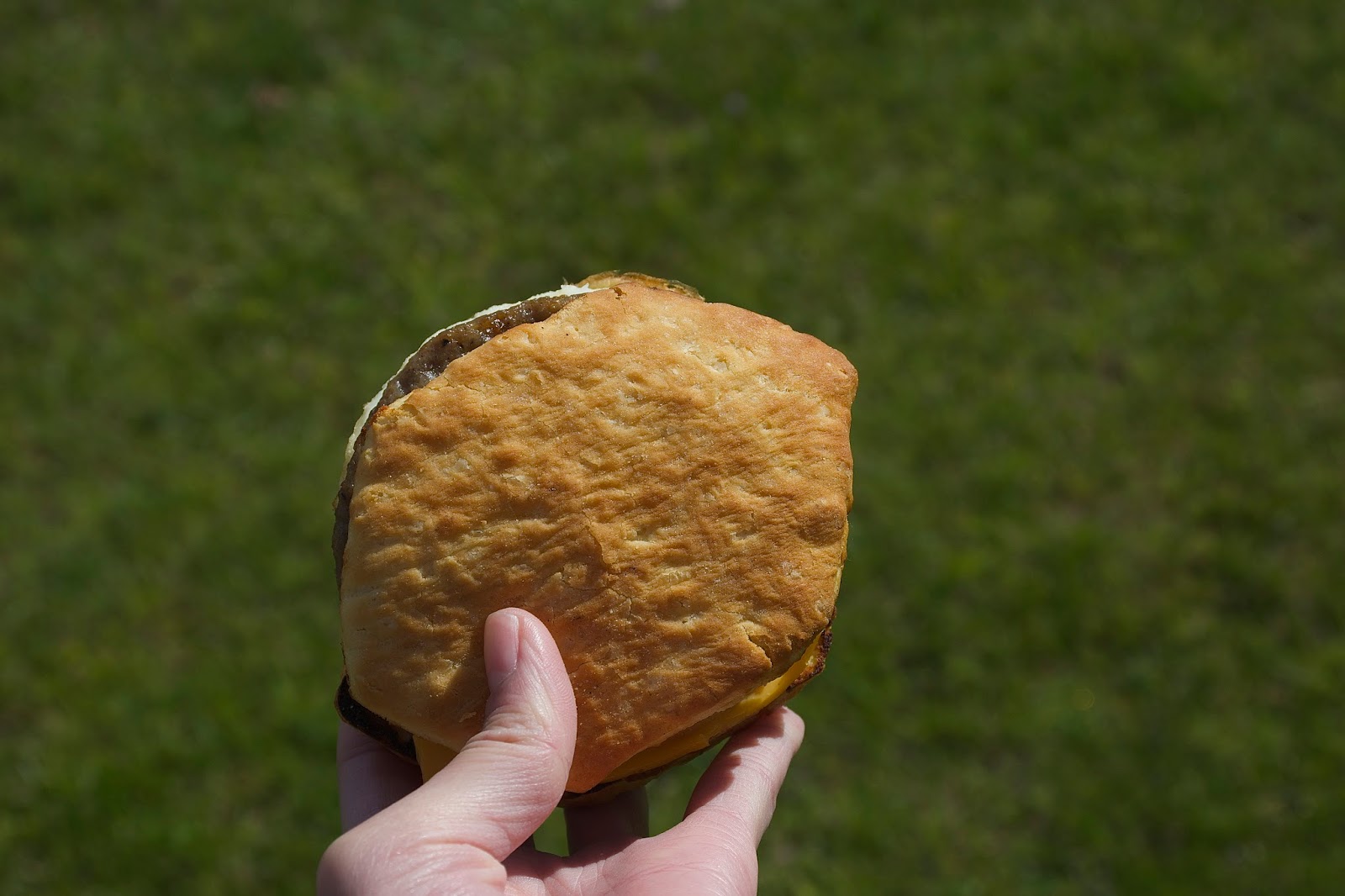