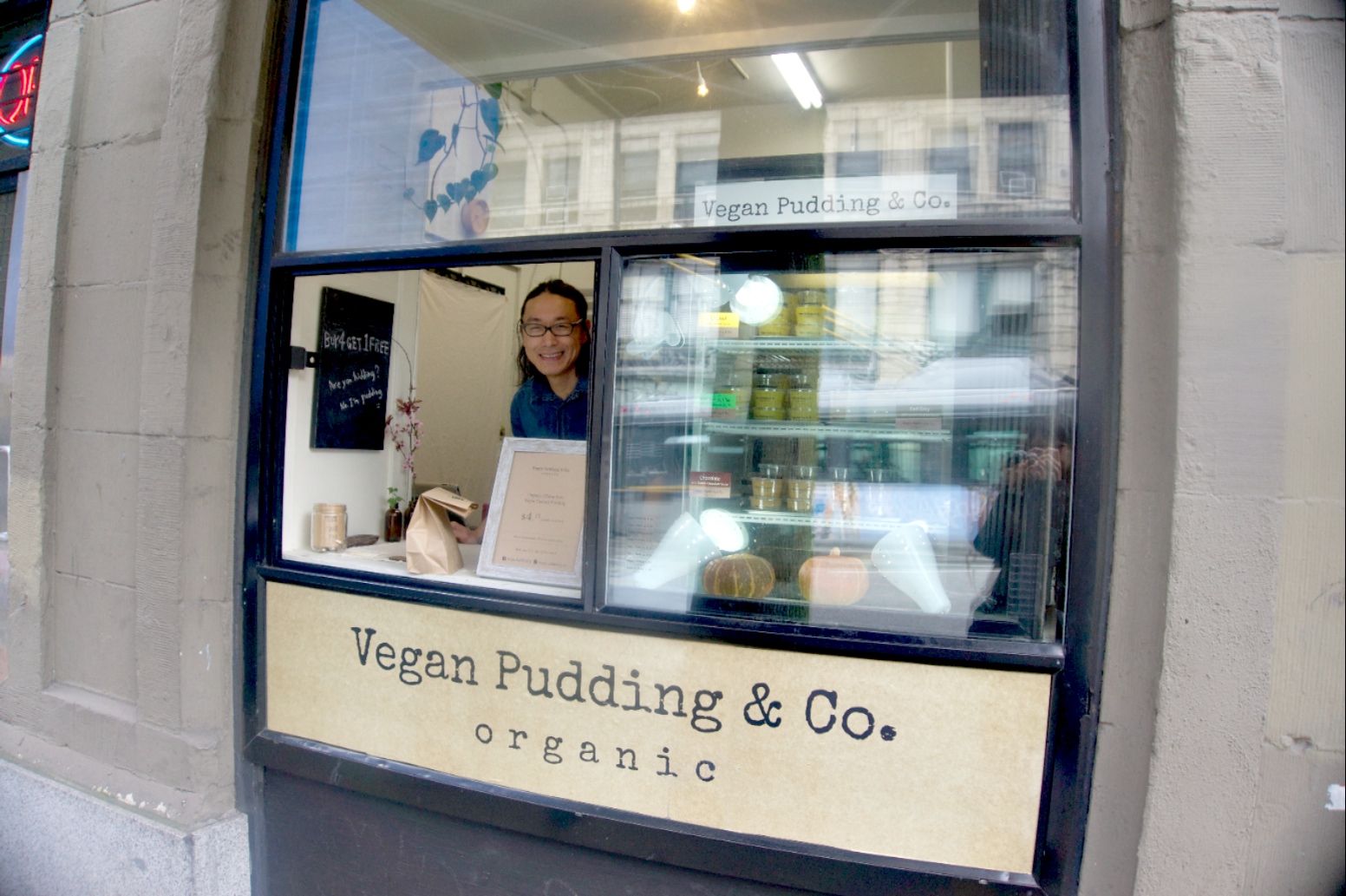 This place is AWESOME!! I've been looking for an amazing vegan dessert place for a while now - and I think I've found it. Vegan Pudding and Co is owned by the sweetest Japanese guy!! You can see him smiling in the photo LOL! This place just opened up a few months ago right beside the SFU building downtown!! I discovered it while I was searching for "vegan dessert" on yelp!! There's no actual storefront - it's just a window - which is just too cute!! :D

A lot of you may not know this, but I've recently gone "vegan" with desserts LOL. Although I'm not technically allergic to dairy products anymore (I use to be) dairy still wrecks havoc on my skin, so I tend to avoid it, when possible. Which yes, means forgoing my beloved cakes and macarons LOL. But I'm willing to make sacrifices for good skin.
But one can only stay sane for so long without dessert, right?

So I've looking for vegan alternatives, but unfortunately for me, there aren't many vegan places in Burnaby, Surrey, and Richmond (where I spend most of of my time!) But once school starts up in a few weeks, I'll be back in Van...hehe, which means, I'll have access to vegan desserts again!! :D

Yea, you Vancouver people don't know how good you have it!! I need a vegan shop next to my house!!

The pudding was pretty dang awesome. But insanely pricey. $5 for a medium sized cup. But still worth it. 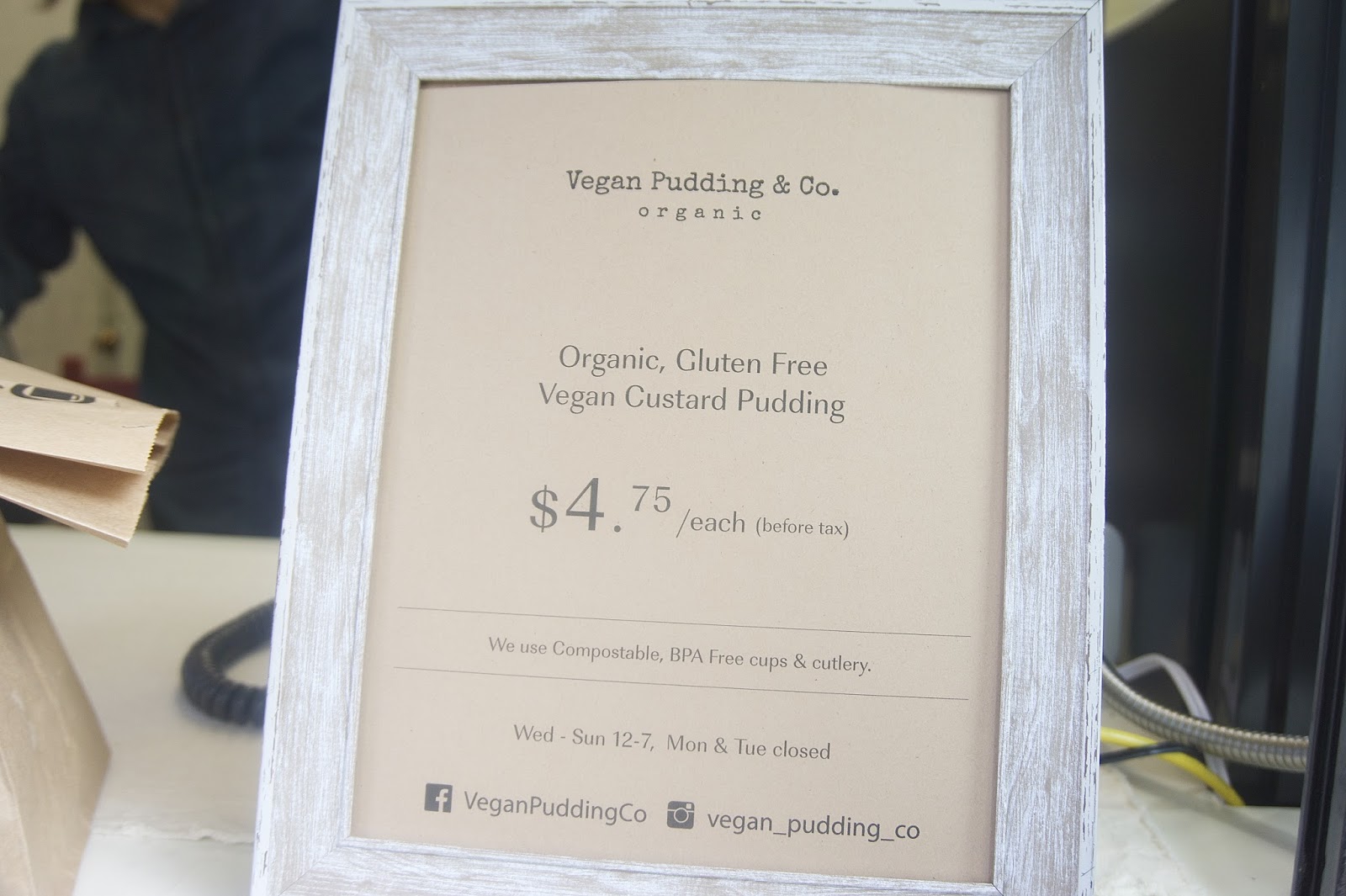 When I went they had a ton of awesome flavours like: 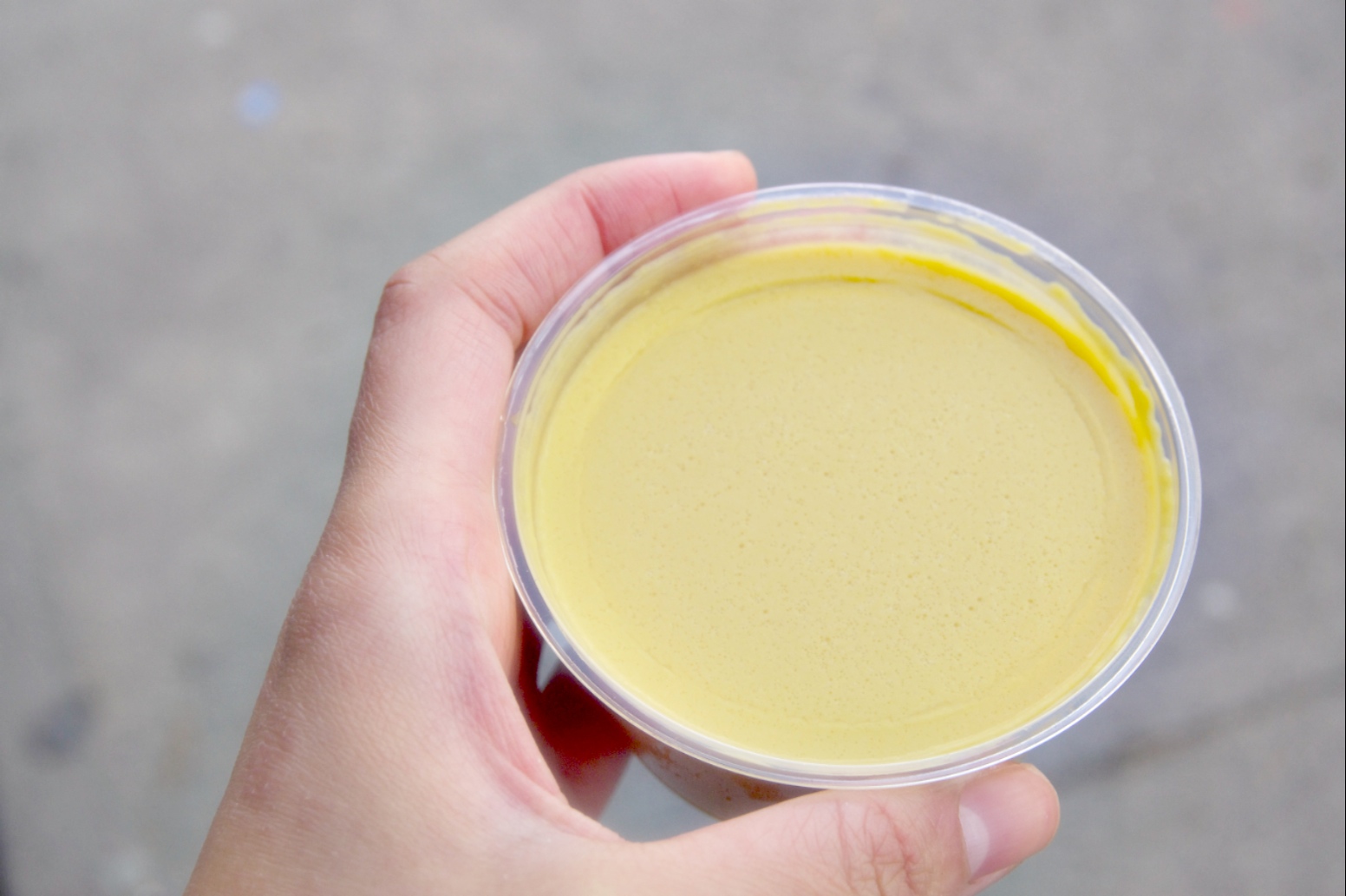 
My kind of pudding!! Organic, gluten free and dairy free? Uh, give me 10 please!!

It was incredibly creamy, luscious and smooth...gosh, I can't wait to go back!! It was a little more watery than I was expecting though, but that's understandable, considering no heavy creams were used! The original flavour was pretty sweet, with heavy soy milk flavour!! It also came with a side of caramel sauce haha, which added some extra flavour!! I'm definitely coming back for their other flavours!!