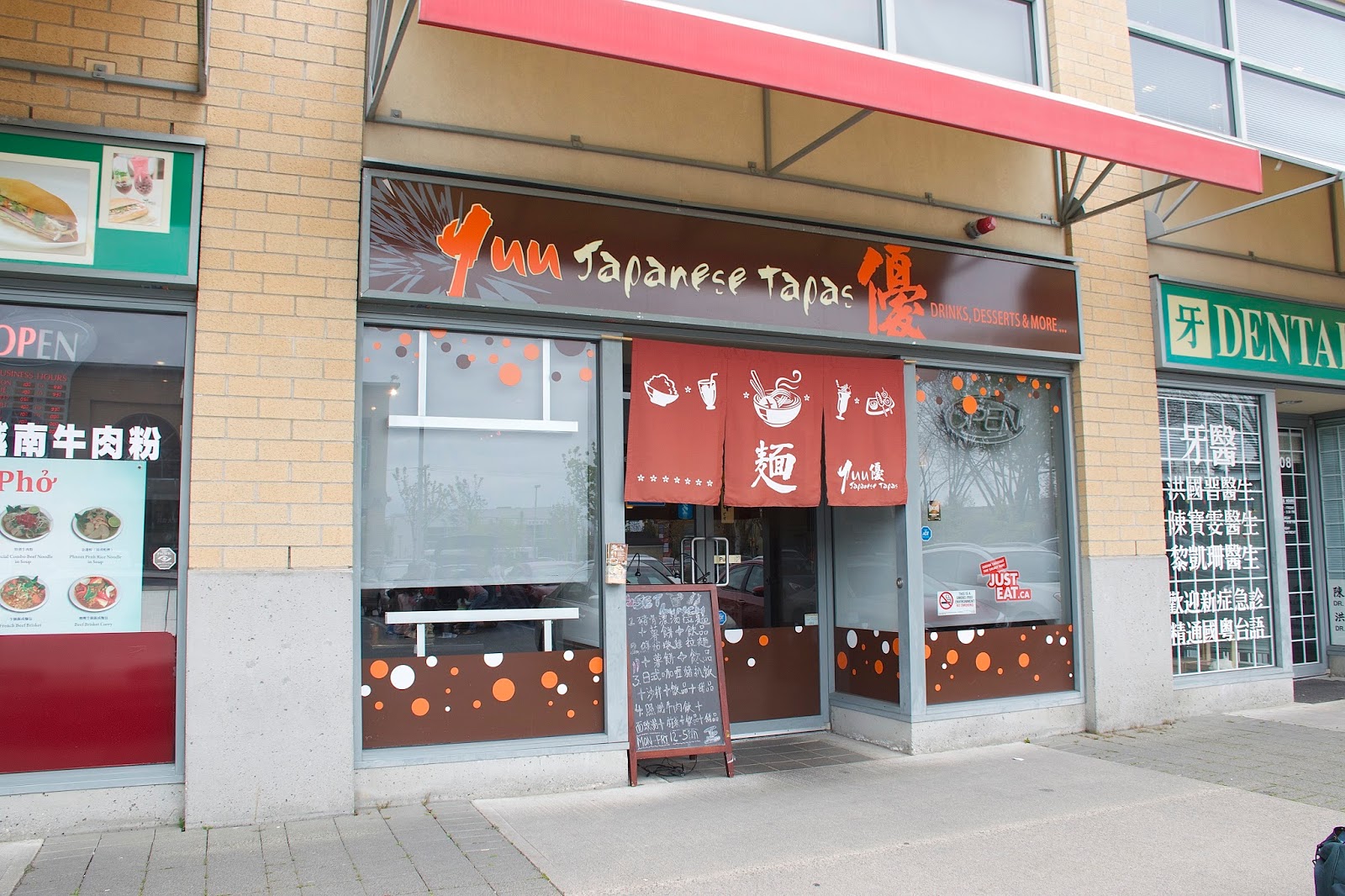 I haven't eaten ramen in weeks!! And one can never go that long without ramen, right? ^^
As the saying goes "No Ramen, No life" (Bonus points if you know where that's from LOL!)

My previous visit to Yuu was less than memorable, but I decided to give them another shot, since it's so close by haha!! And I'm all about giving restaurants second...and third chances!! :D

Yuu's menu is pretty extensive, and covers a large variety of basic Japanese dishes! They have a pretty large selection of ramen (They even have tsukemen!) tapas dishes for sharing, and a few donburi dishes!!  The food was okay, a bit better than my last visit haha! But their signature dish is their katsu curry, so I'll probably come back to try it, and see how it stacks up against all the other Japanese curries I've tried!!

But if you're looking for Japanese food in the vicinity, I would still recommend heading on over to Gyo - (right across from Yuu in Continental Plaza) Gyo has an amazing selection of donburi...or if you want tapas style dishes - Guu in Aberdeen!!

Or if you're feeling especially adventurous LOL, Shibuyatei (a total hidden gem) which is just a few blocks away!! Shibuyatei is run by one sweet elderly japanese guy, who has a penchant for incredible home cooked dishes!! I'm planning on revisiting soon!! :D
Read my review of Shibuyatei here: Shibuyatei


Random: (Refer to picture) The "specials" board they had outside was in chinese, so I couldn't read it LOL! :( 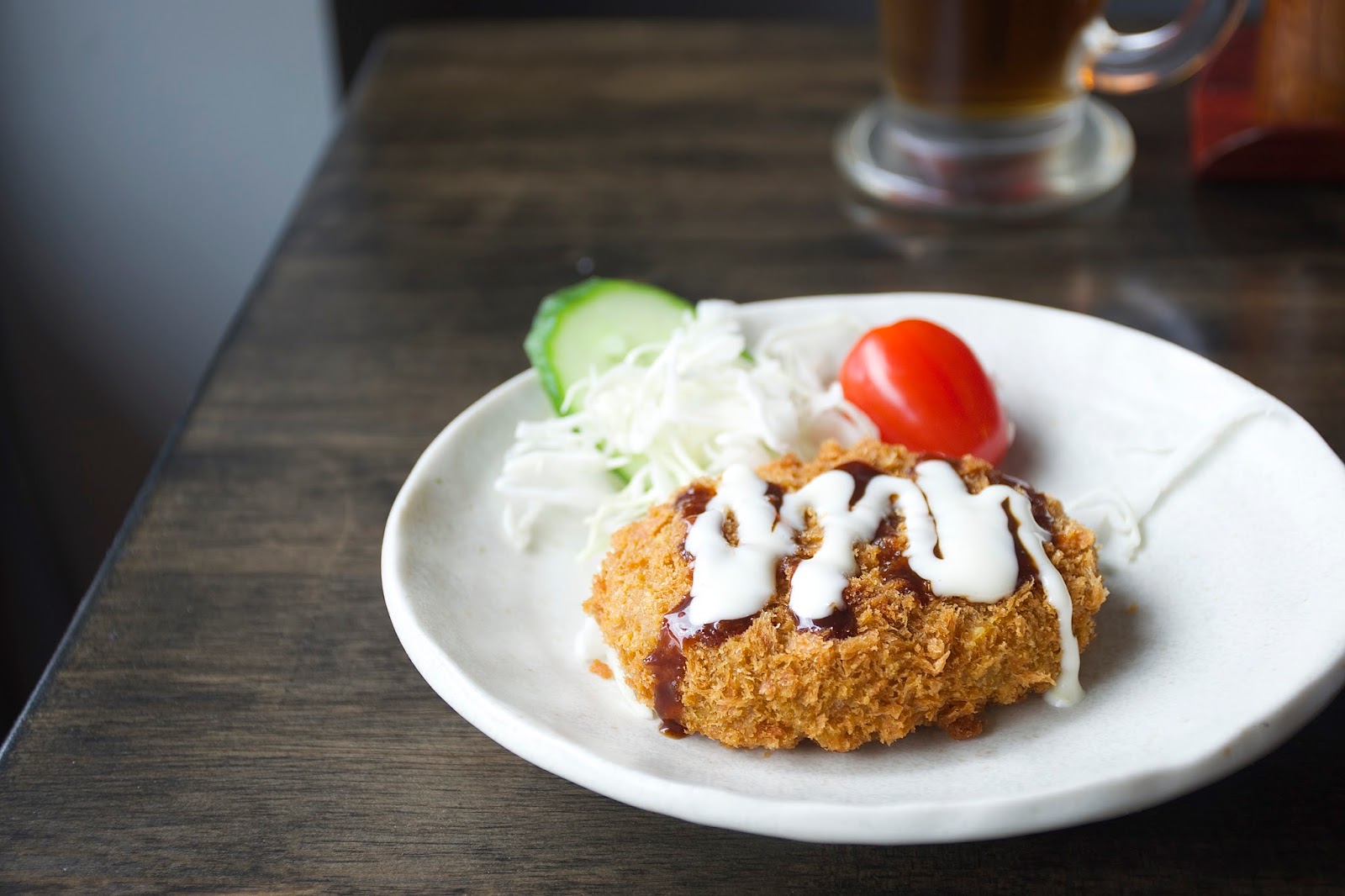 3.5/5 stars
Since this was part of the combo, I wasn't expecting much, but I was pleasant surprised!! This turned out to be really good!! They use panko batter for the batter which renders the exterior SUPER flaky!! :D  The inside was really moist and creamy!! The filling was curry flavoured (as expected) and I did see bits of edamame in it!! They also drizzle japanese mayo and ponzu sauce which adds a nice blend of tart/sweet flavours, which was a great contrast to the flavours of the curry!! 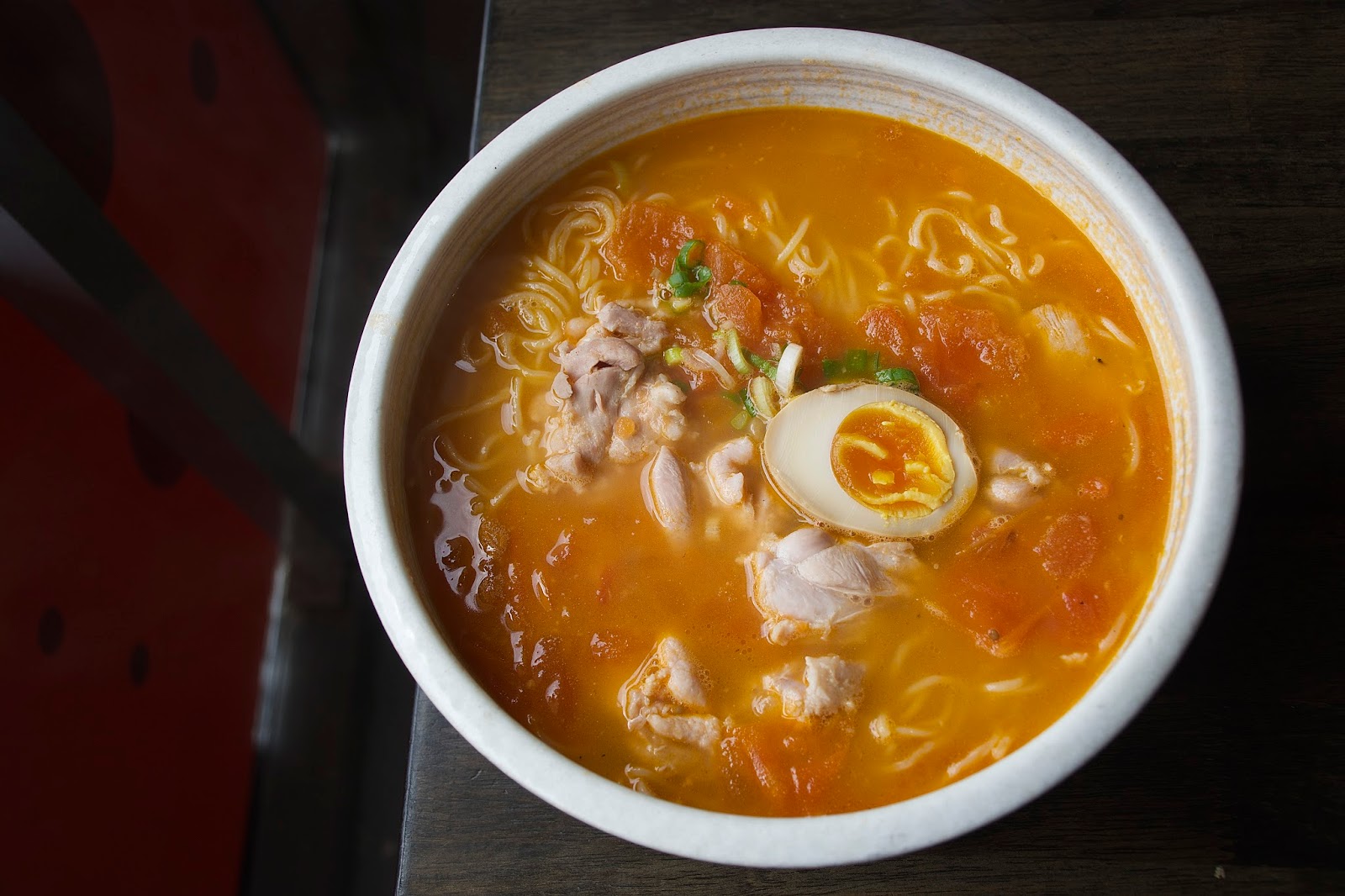 Savoury Tomato Tonkatsu Ramen
Lunch Combo $13.95
Broth: 3/5 stars
Ramen: 1.5/5 stars
The ramen noodles themselves were pretty meh. I'm not sure if they make them in house or not, but they tasted like packaged noodles to me. The texture was a bit off, the noodles weren't al dente enough and didn't have that nice toothsome bite.

The broth was pretty good though, it was indeed savoury as advertised, with a nice sourness/sweetness from the tomato which made the broth really fragrant. I couldn't taste much of the tonkatsu though and the broth itself was pretty watery. The chunks of chicken were surprisingly tasty, I think they were marinated in a sauce of some sort because the pieces I had were really flavourful! There was a ton of tomato in there too! 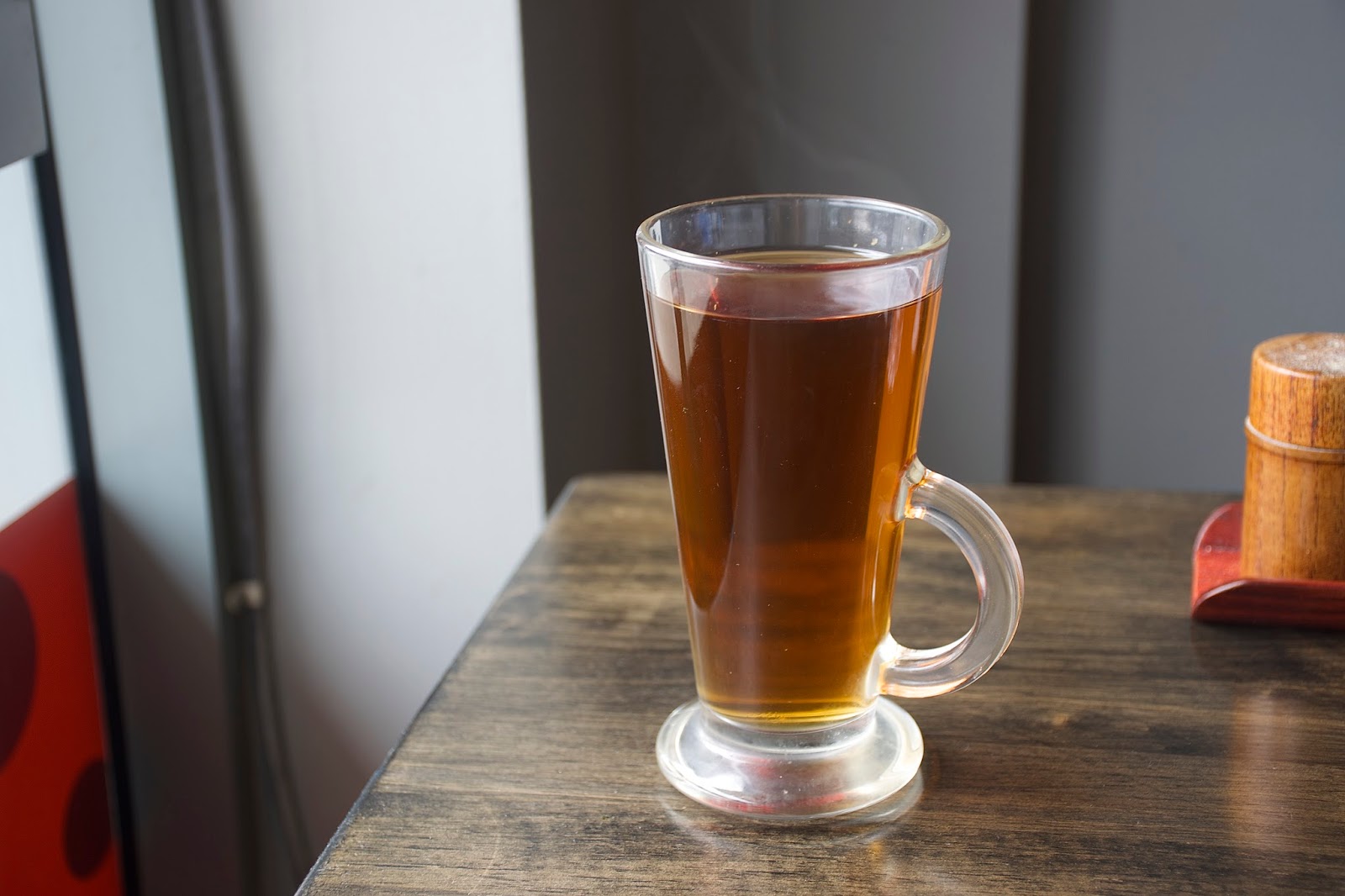 For my free drink I went with their apple cider, since I didn't want calpis or pop! This basically tasted like a hot version of Apple Sidra hehe (where all my Taiwanese peeps at?!) and I LOVE my apple sidra!! That stuff is so addicting. Yea, it tastes like apple bathed in syrup...but every time I drink I feel so nostalgic!! Brings me back to those summers in Taiwan!! ;) 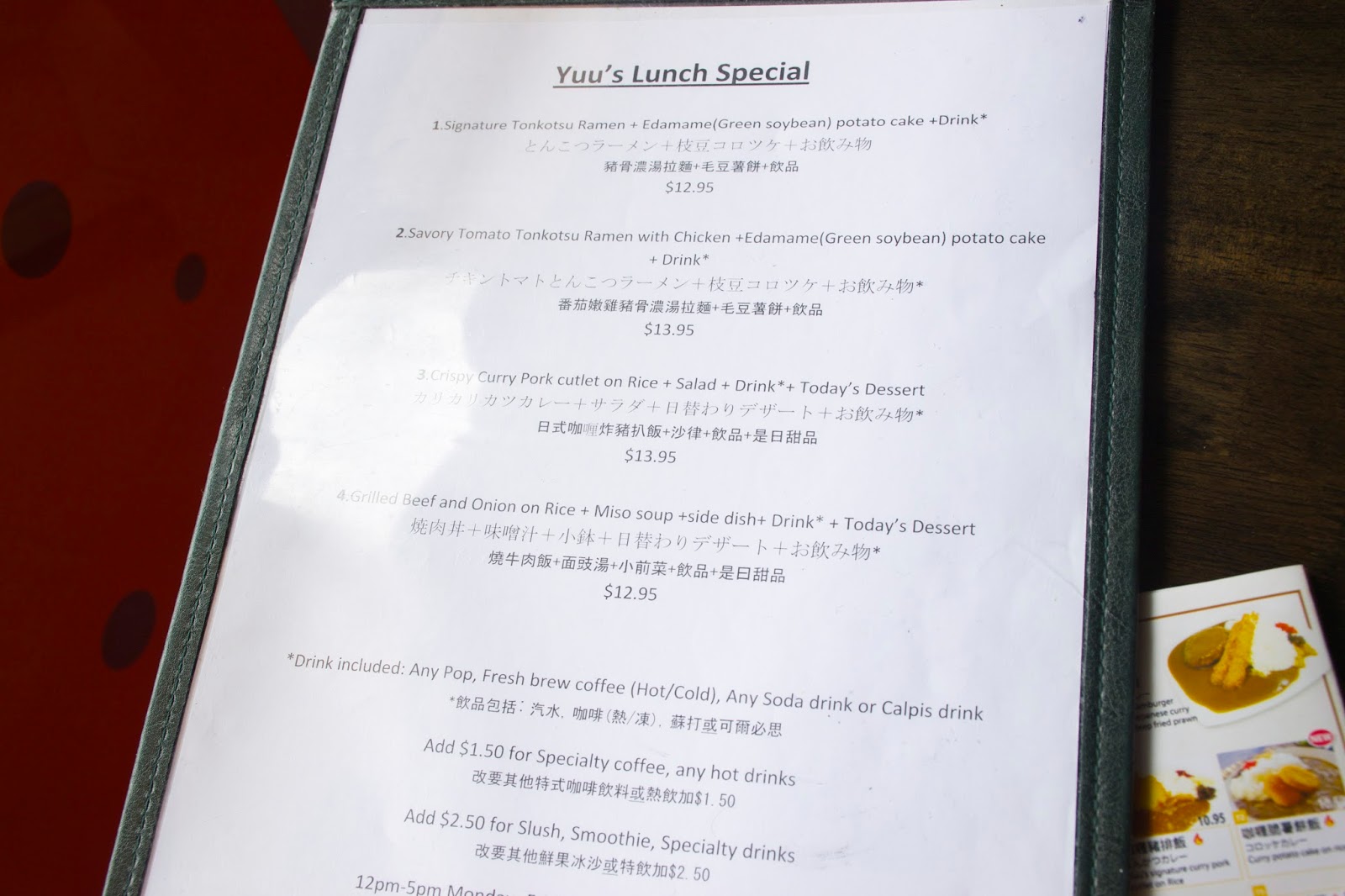 (Click to Enlarge) Yuu's lunch specials are a great deal! 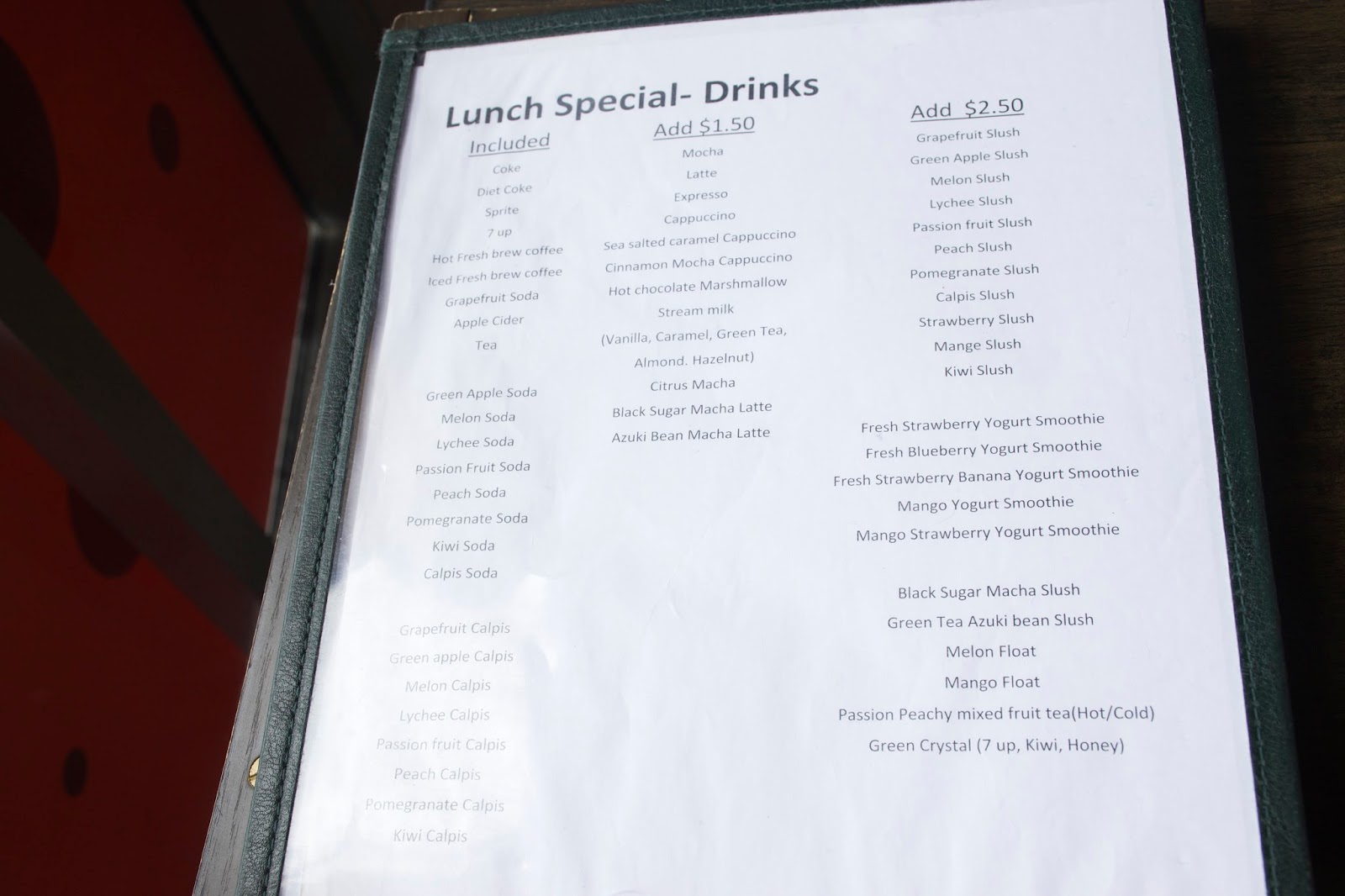 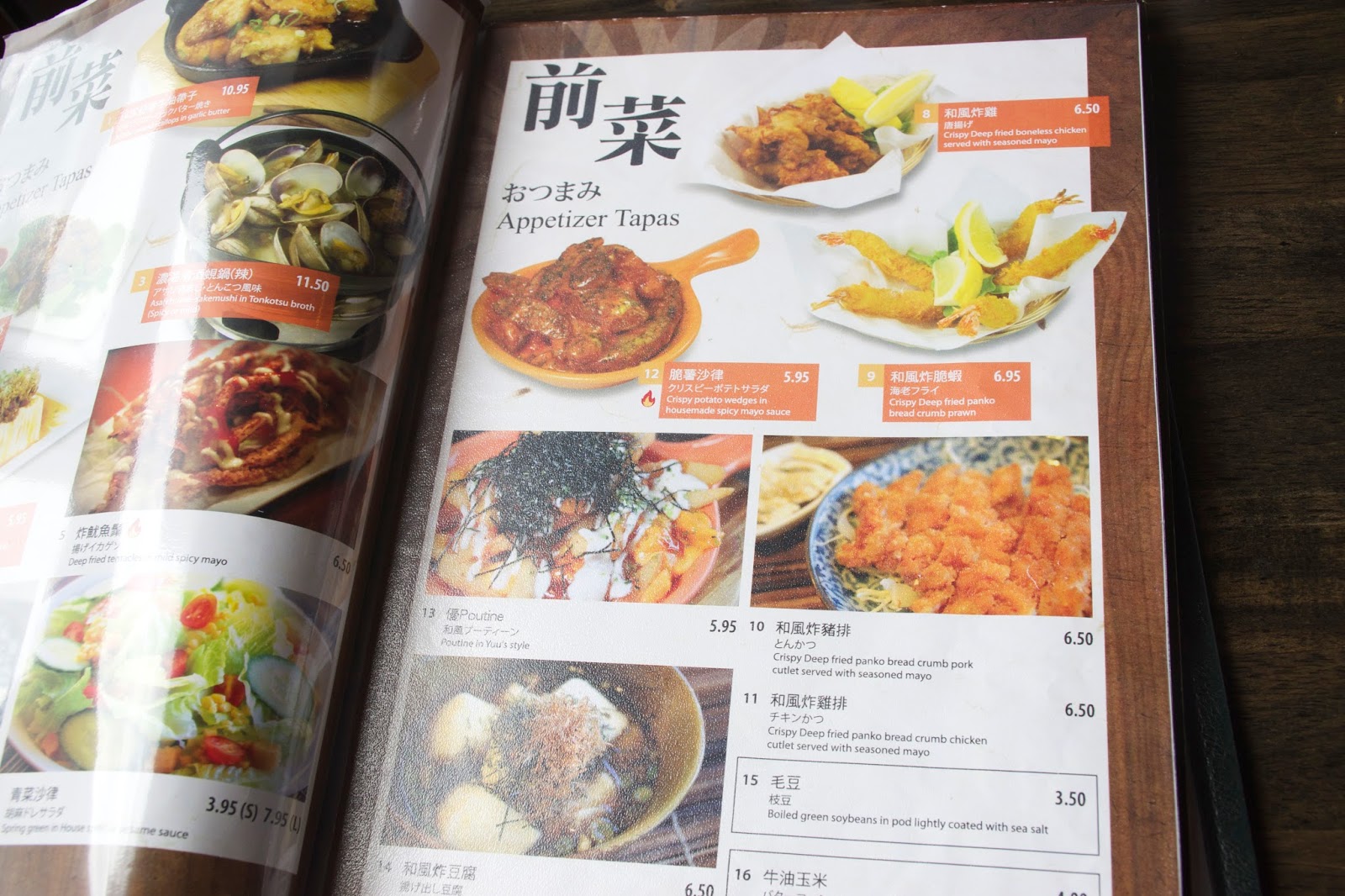 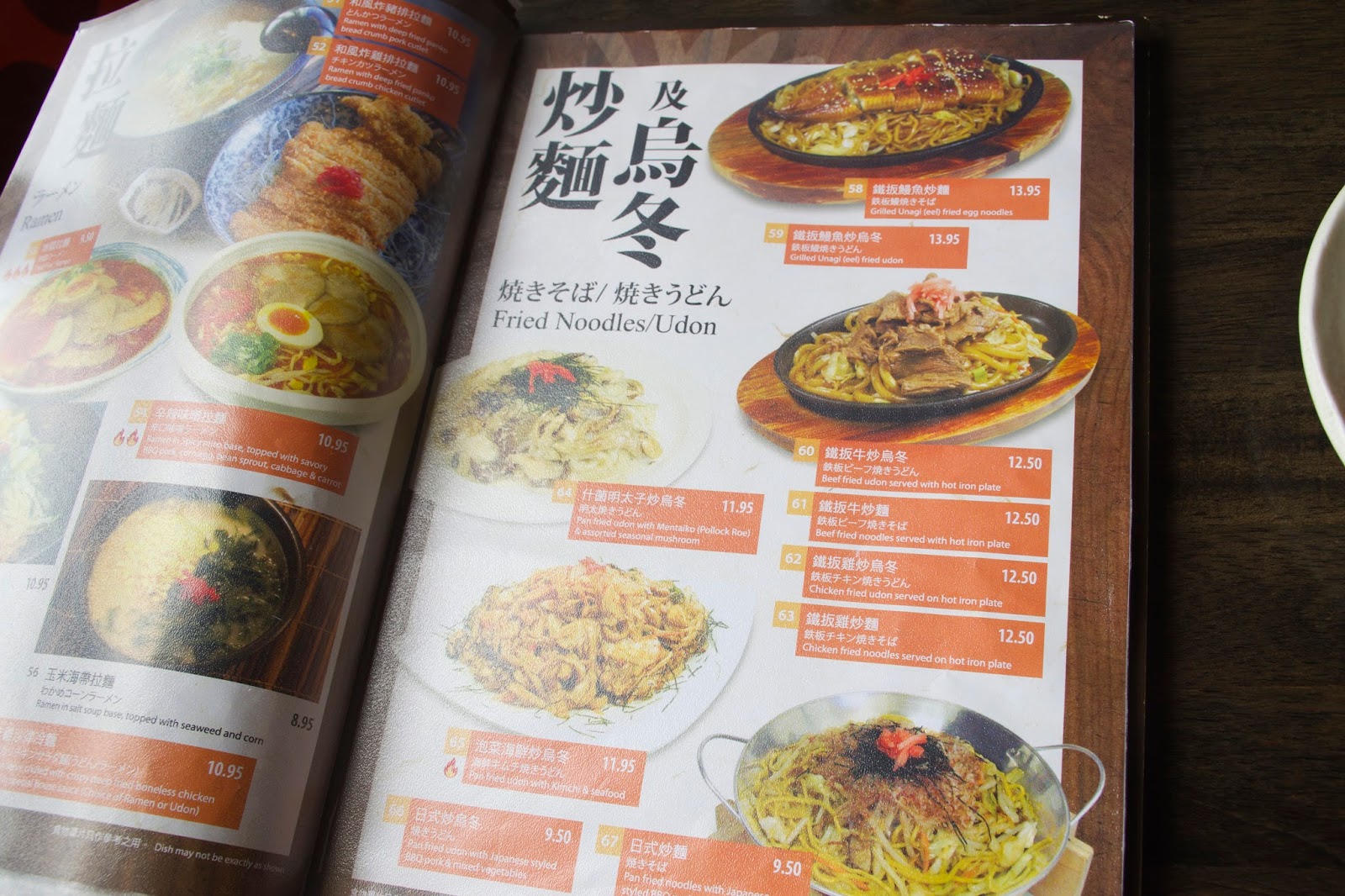 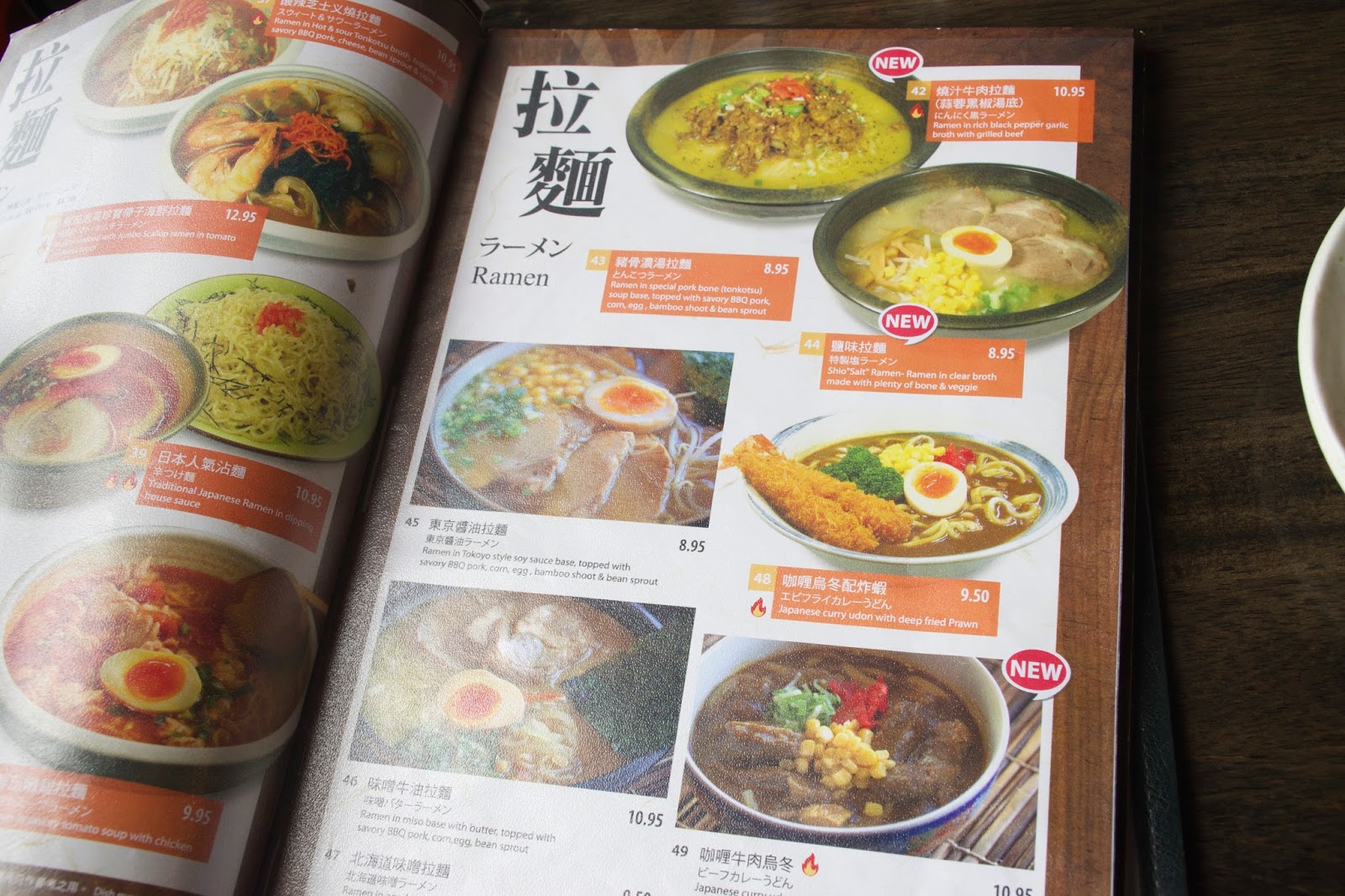 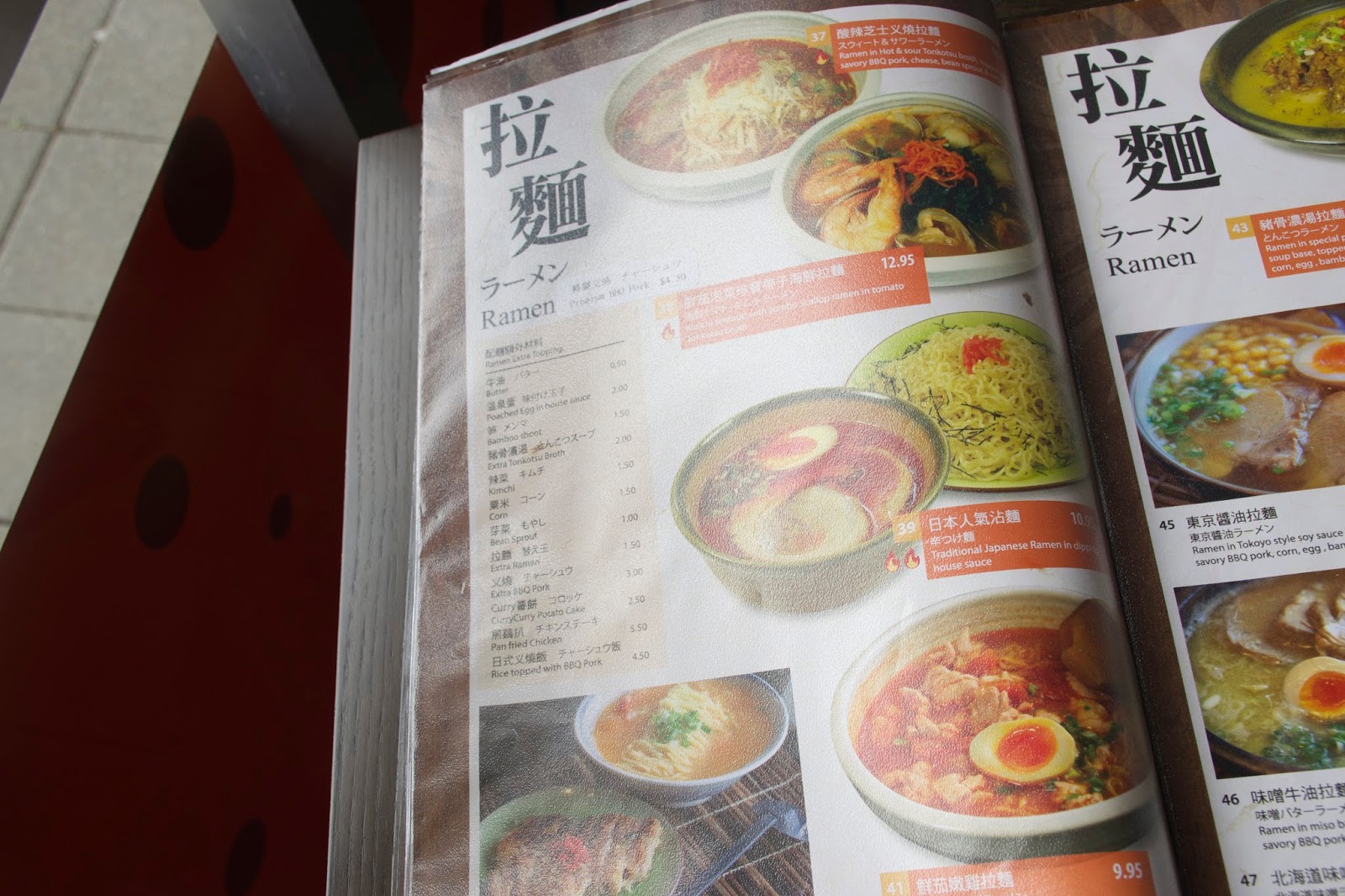 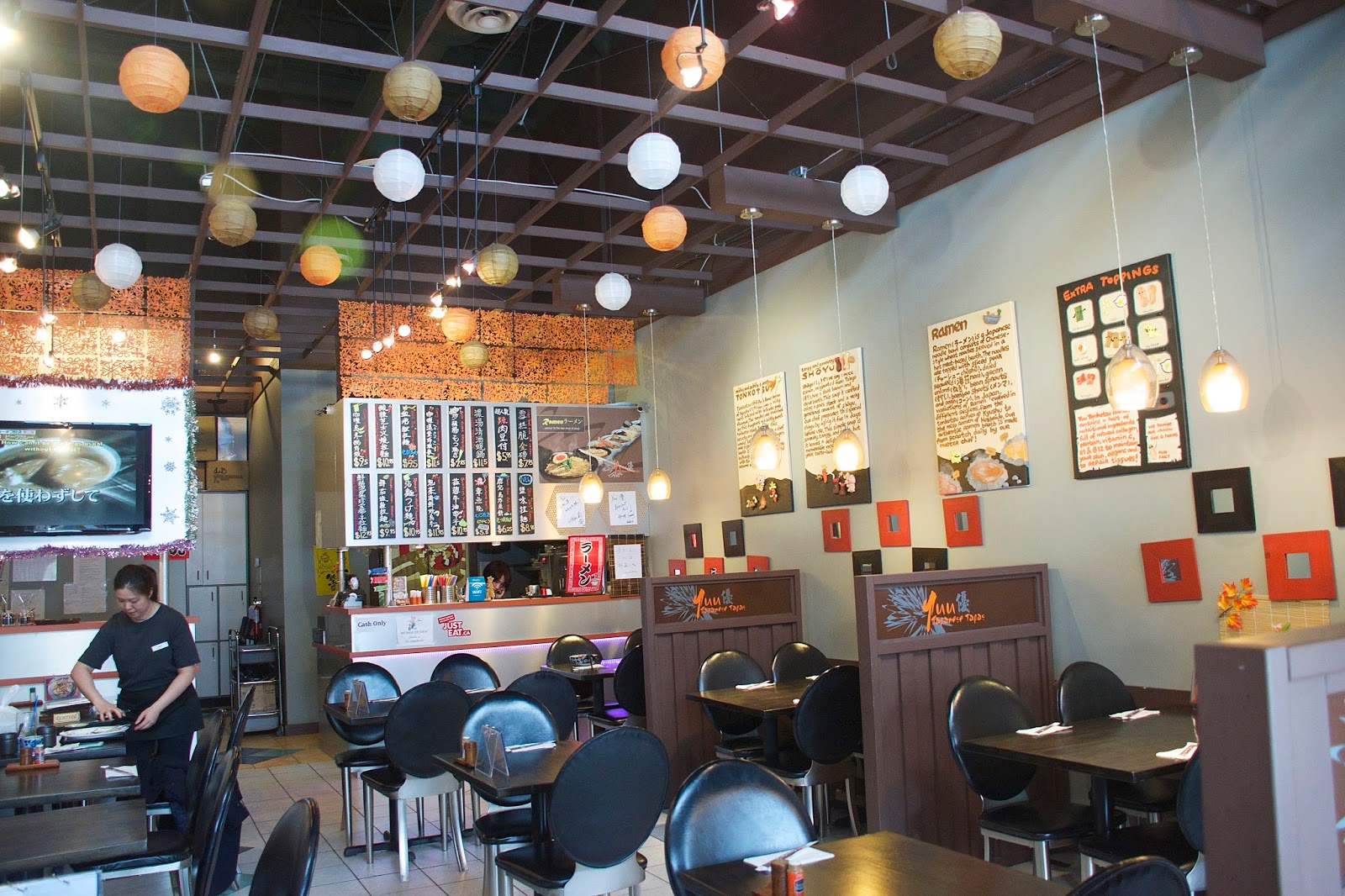