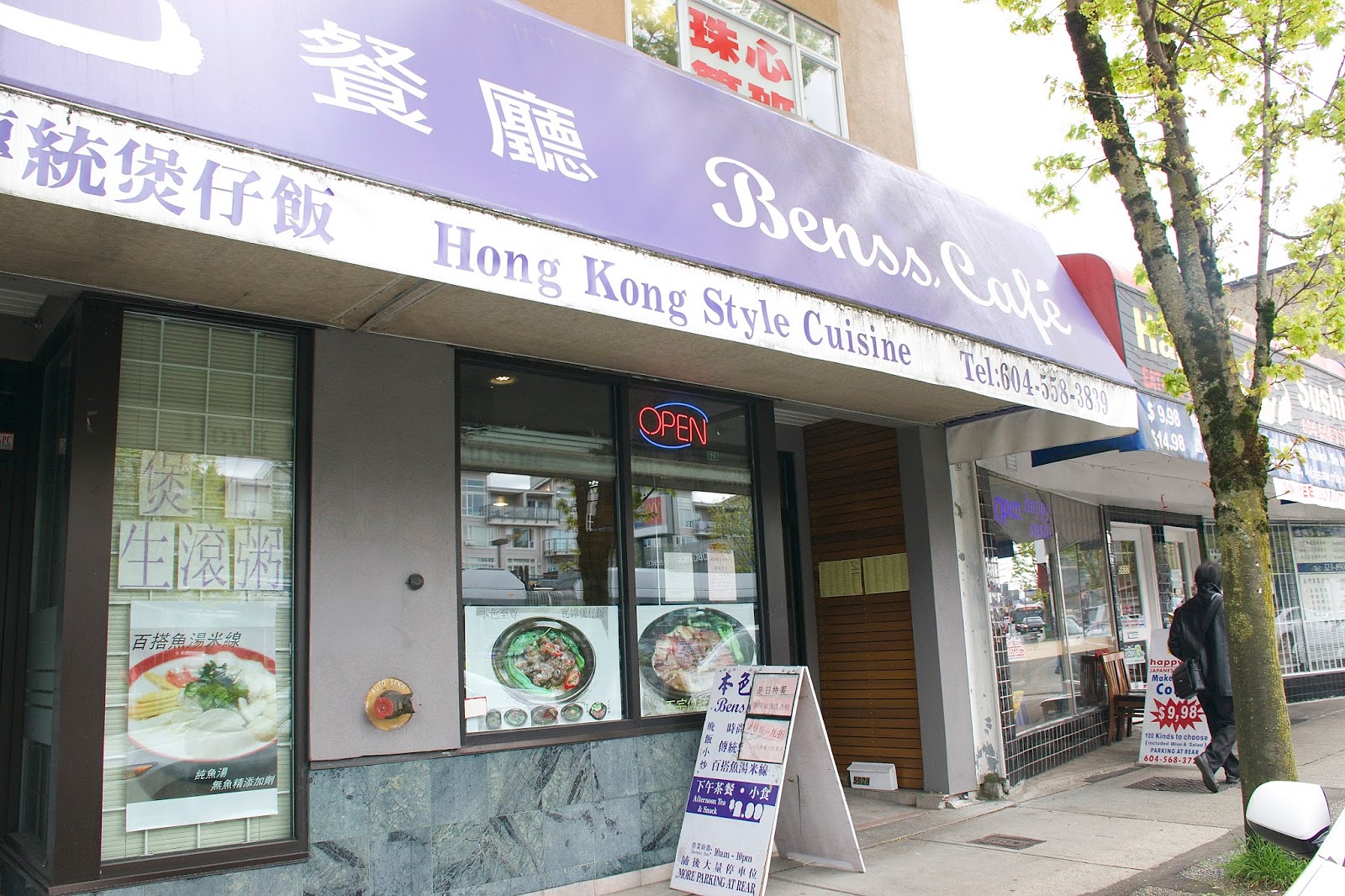 After my super indulgent meal at the Red Wagon yesterday - I ended up with a huge stomach ache LOL and I couldn't sleep the entire night!! Ugh...the consequences of gluttony!!  ;)

I'm still feeling pretty groggy - stomach still hurts lol!! So I just stayed at home today and rested up - I just ate some dumplings (from T&T lol) for lunch!! Good thing I have back up posts stored on my computer - so here's one from a few weeks ago!! :D

There's so many good eats on Victoria - we had a hard time deciding hehe. I wanted Vietnamese food (so many awesome ones nearby!!) but my dad wanted chinese food LOL (typical! Does he eat anything else?!)

I spotted a new Japanese resto that just opened up, Arisu, but after looking at the menu they had posted outside my dad thought it "wasn't a good deal" lol. So he finally made up his mind and decided to go to Mui Garden, but there was a huge lineup! We were completely starving by then (indecisive people probs) but after walking a few doors down, we spotted another HK Cafe, Benns!!

Benss has all your typical HK Cafe classics, but also has a Deer Garden like Build-your-own-noodle soup where you can customize your soup base + toppings!! They even have the build your own - 3 meats combo that comes with rice or spaghetti!!

Benss also does bao zai fan (claypot rice!) The claypot rice my dad had was pretty meh haha, so if you're looking for claypot rice in the area definitely go to The Soup House down the road!!

It was pretty dim inside Benss - there was no natural lighting whatsoever (the fluorescent lighting was horrible) so I had to resort to using my built in flash LOL (the horror!!) I know, I know, I should really invest in a external flash - better start saving - those things are pricey!! ;) 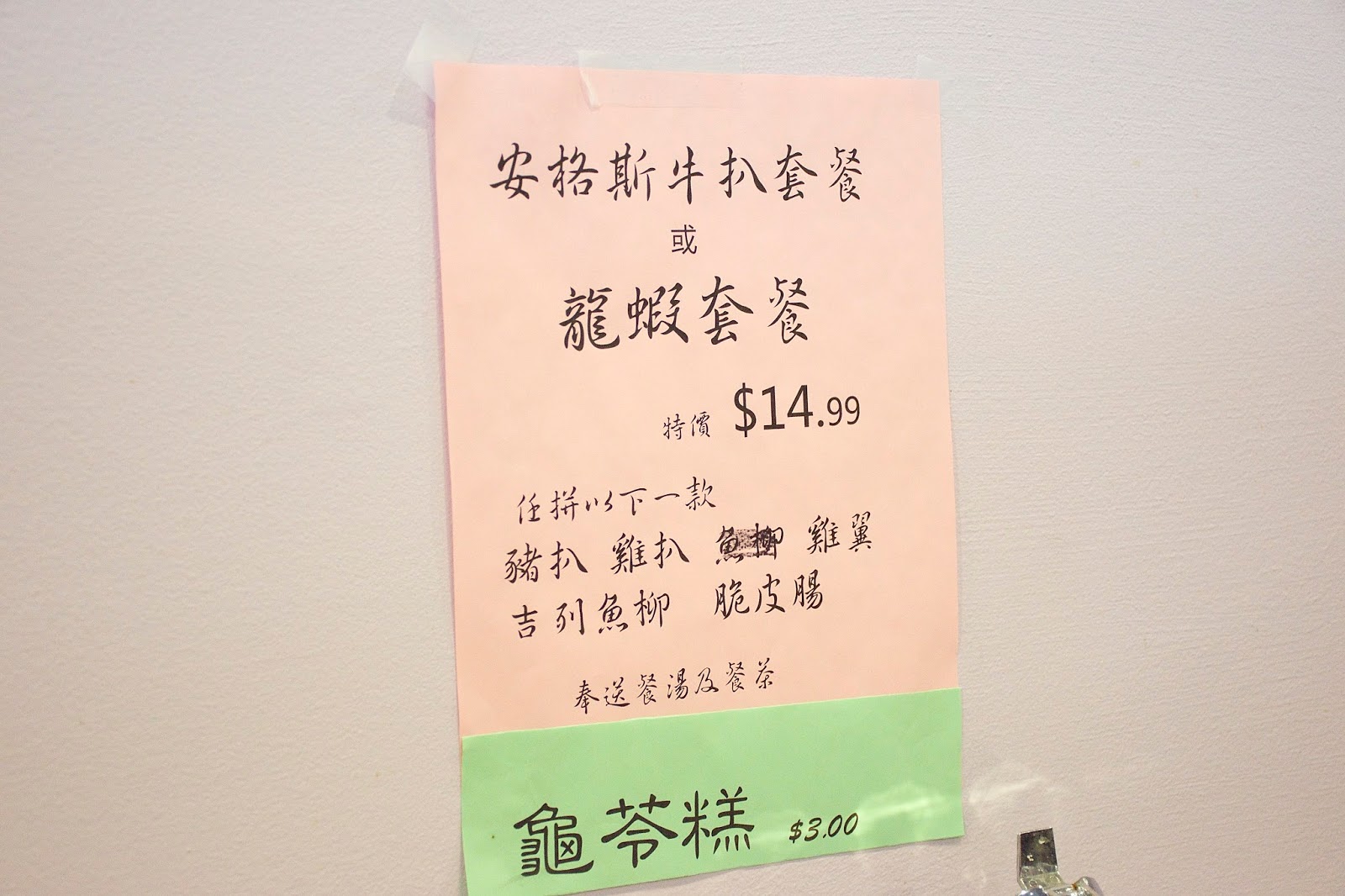 My dad saw that they had a "Lobster Set Special" going on for $14.99, and he told me to order it ...so that's what I got, which pleased my dad haha - Chinese parents love it when their kids eat what they tell them to eat LOL!!


It also comes with a meat of your choice (chicken, pork, or fish) a soup, and a drink!! 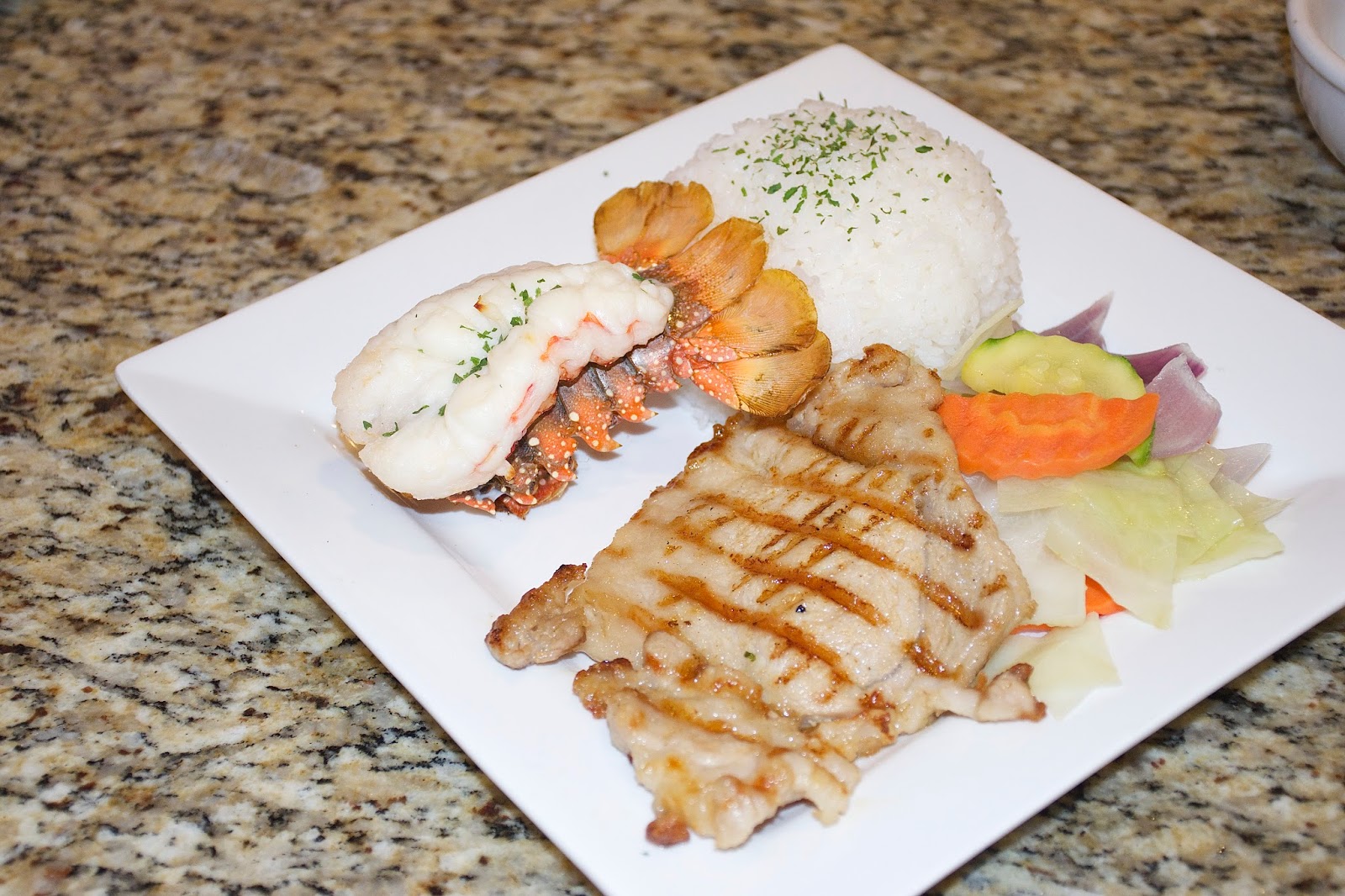 How cute is this mini lobster? Especially the tail hehe!! I liked how they didn't put any butter on it - which really let the natural flavour of the meat side through! The meat was bouncy, and tasted clean and pretty fresh! :D

The pork chop was pretty decent, it was reasonably juicy and the scoring was a nice touch haha (since most HK cafes don't score their chops!) I would probably go with chicken next time though because chicken chops tend to be a lot juicier!! But I liked how they put actual effort into the rice, they garnished it, and moulded it into a cute flower shape haha! 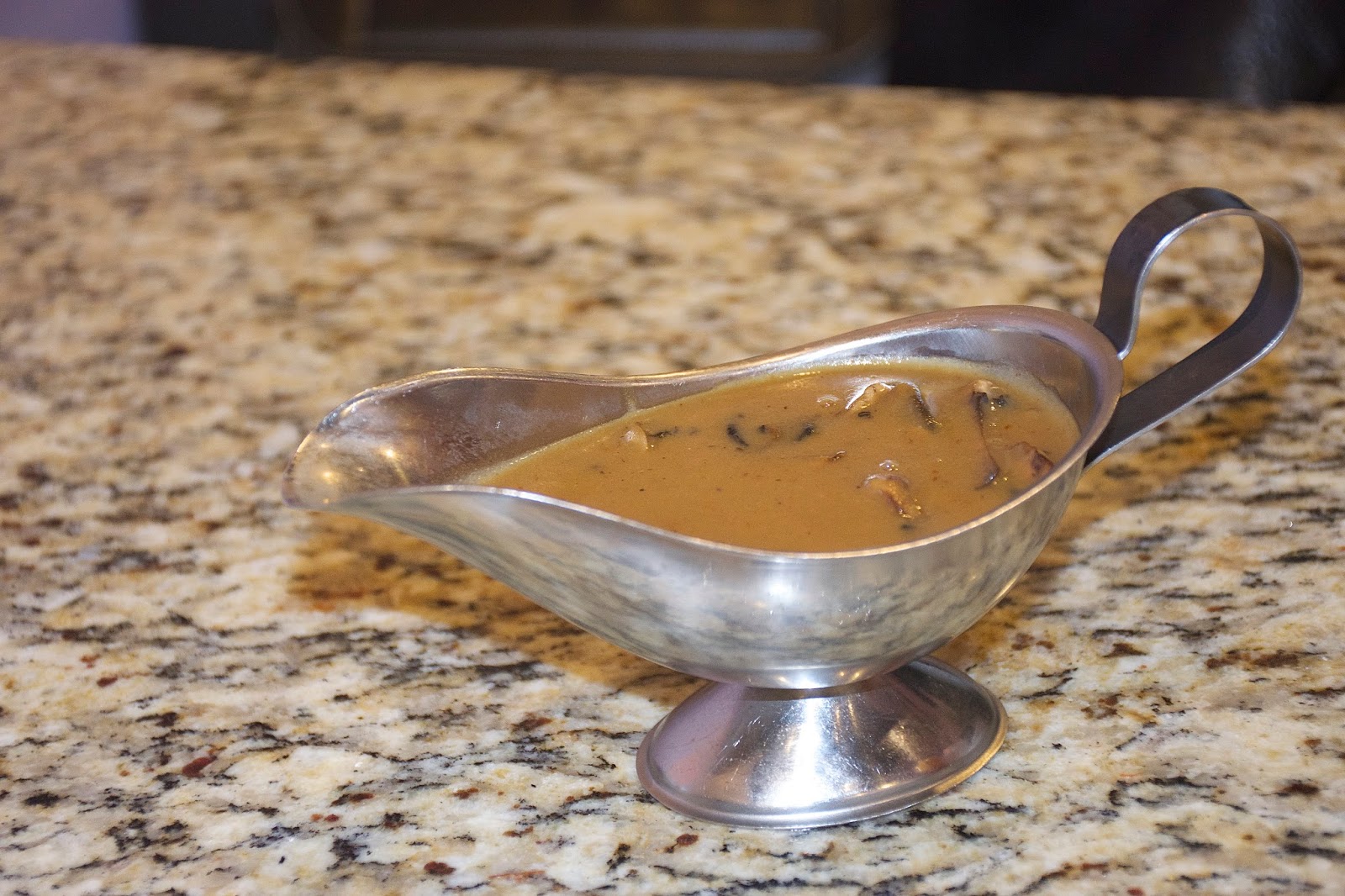 This was quite good!! Not overly starchy, and pretty smooth in consistency! There was a ton of mushroom in it! It wasn't overly salty either so I ended up asking for seconds hehe and ate it with rice!! :D 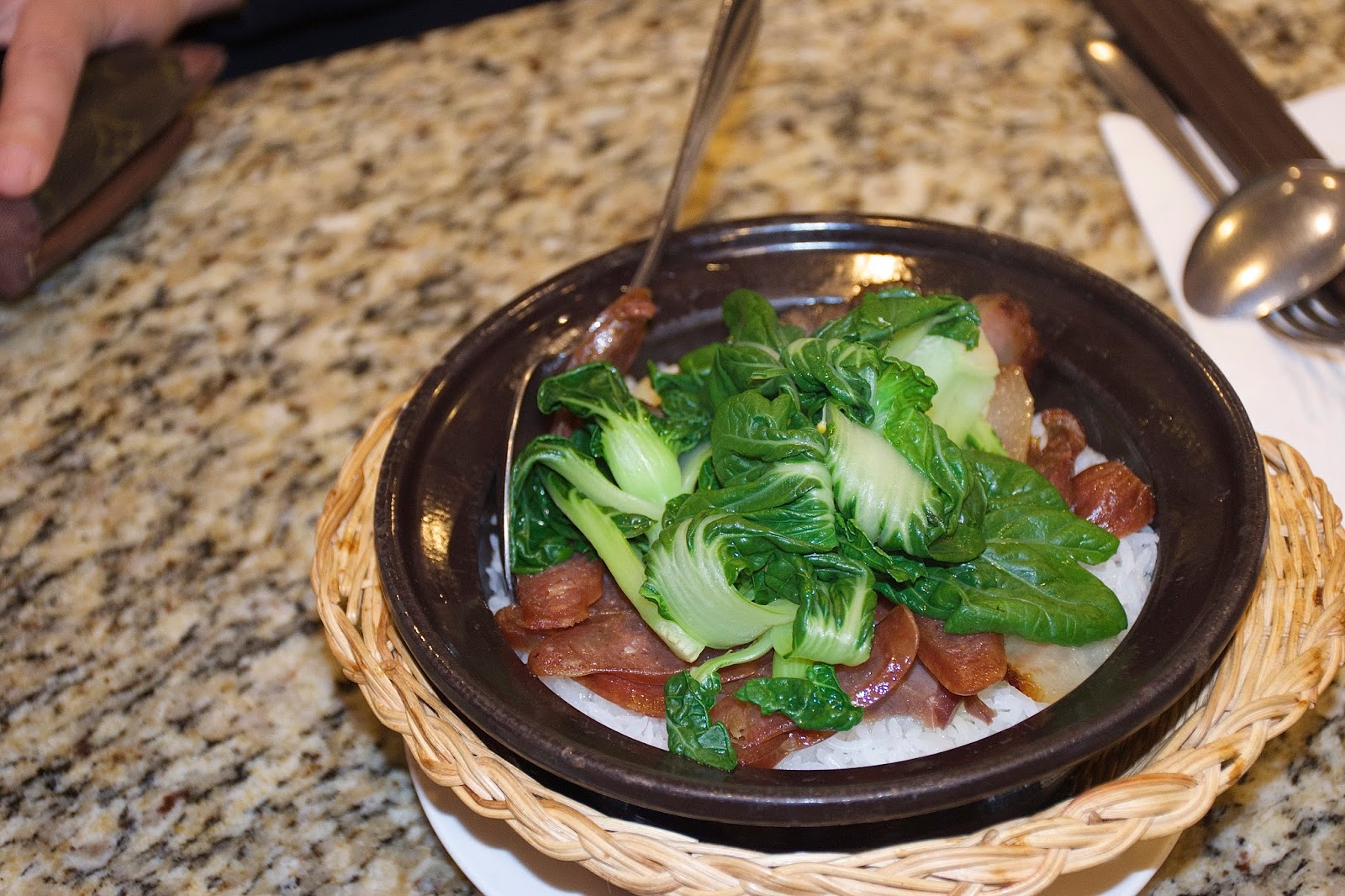 Not sure why my dad ordered this, since it was basically packaged chinese sausage on rice w/ some veggies on top...and we have packs of chinese sausage at home! This was probably one of the smallest bao zhai fan we've ever ordered. It was mostly rice, with only a few pieces of thinly sliced sausage on top - not that great of a deal.

The rice itself was quite good though, it got really crusty on the bottom which is the best part!! But we still prefer the clapot rice at the Soup House down the road!! 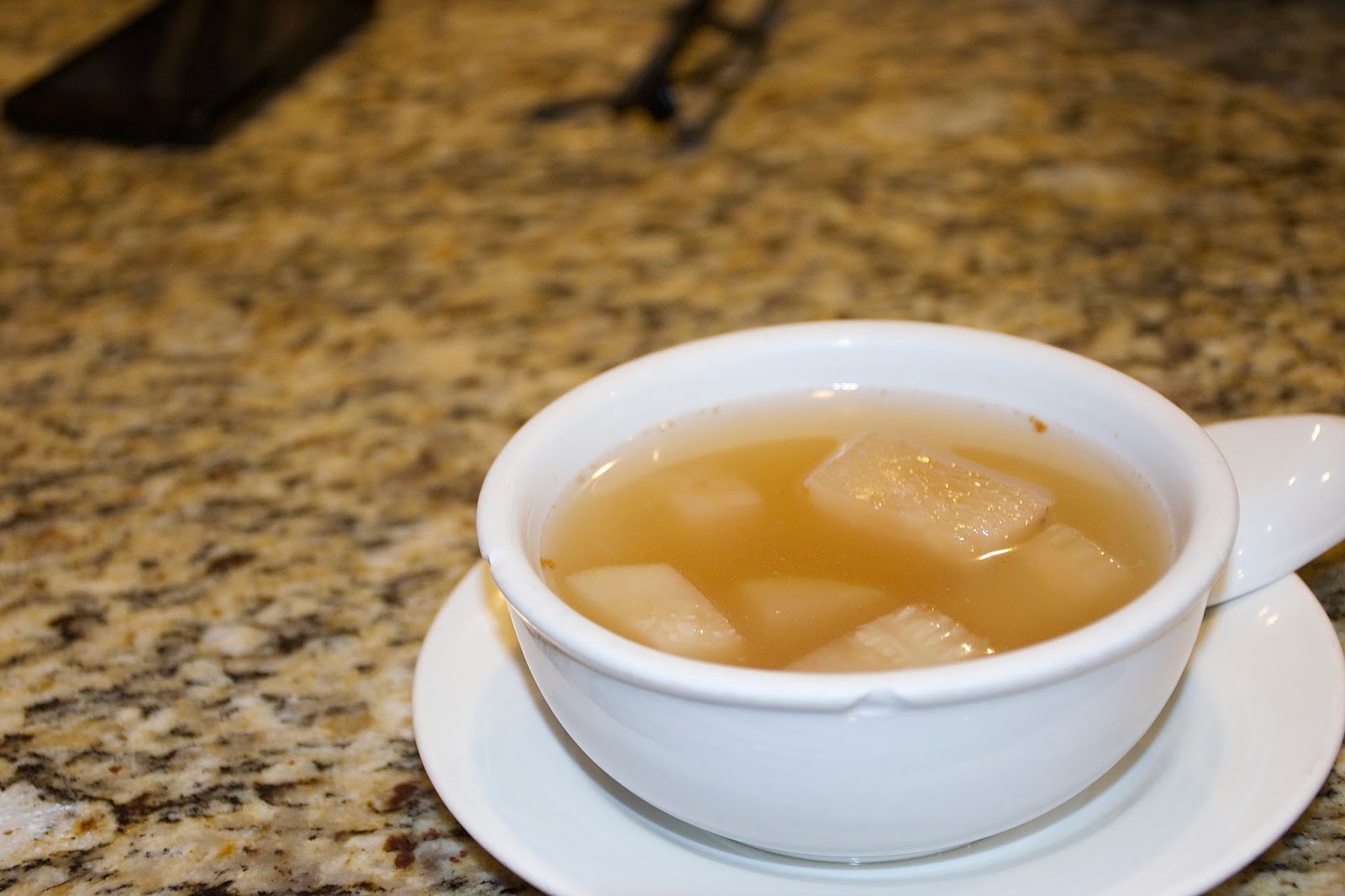 Chinese Soup of the Day
3.5/5 stars
Hmm, this was pretty good haha!! Fragrant, herbaly, and really flavourful without tasting like msg!! There was lots of melon chunks in it too! This was included with my set meal!! 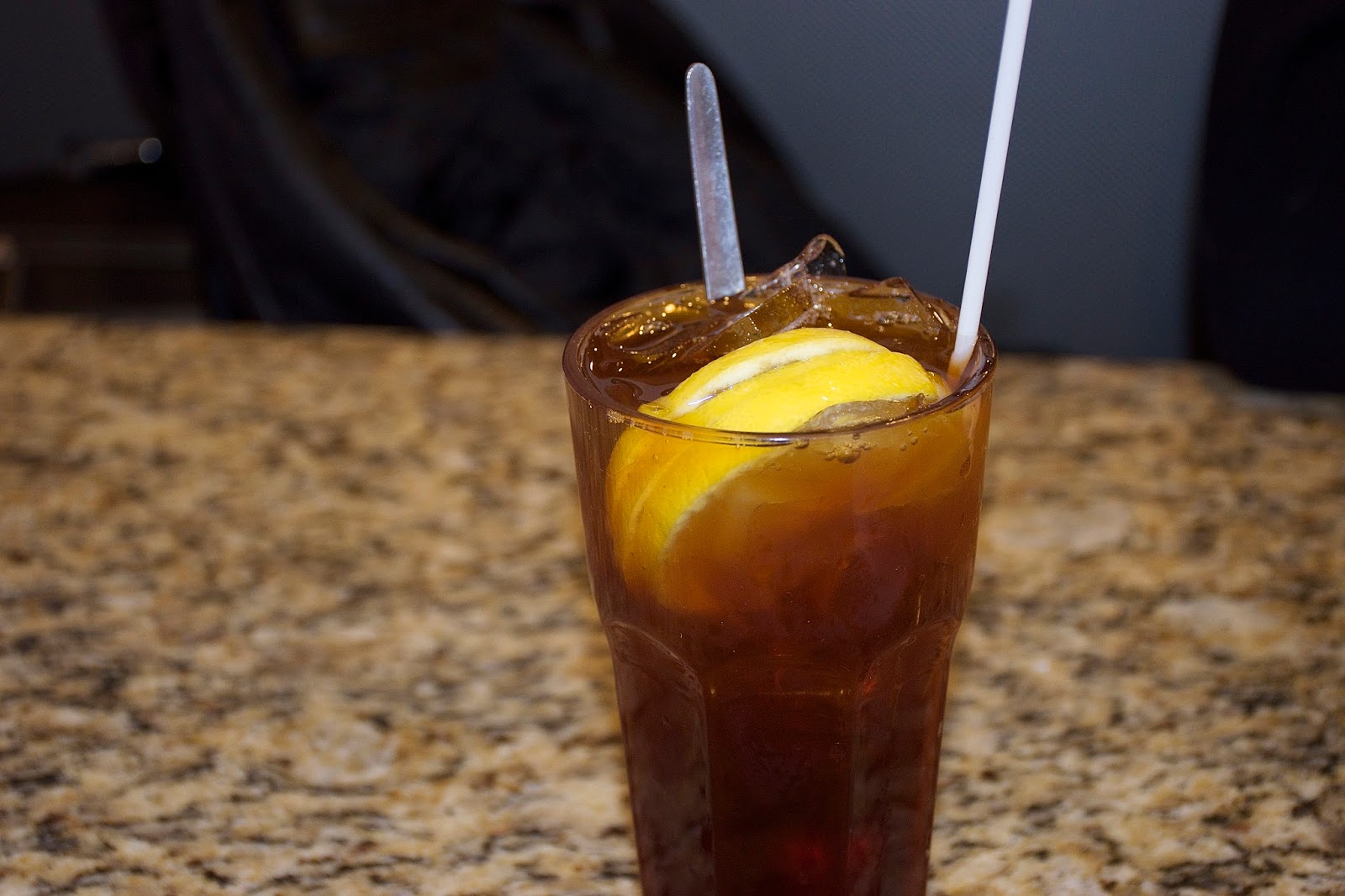 My lobster set also came with a free hot drink - like most HK cafes!! It was an additional 50 cents to get the iced version! Benss' version was decent, but the tea wasn't bitter enough for my liking, and tasted a bit watered down. At least it wasn't too sweet! 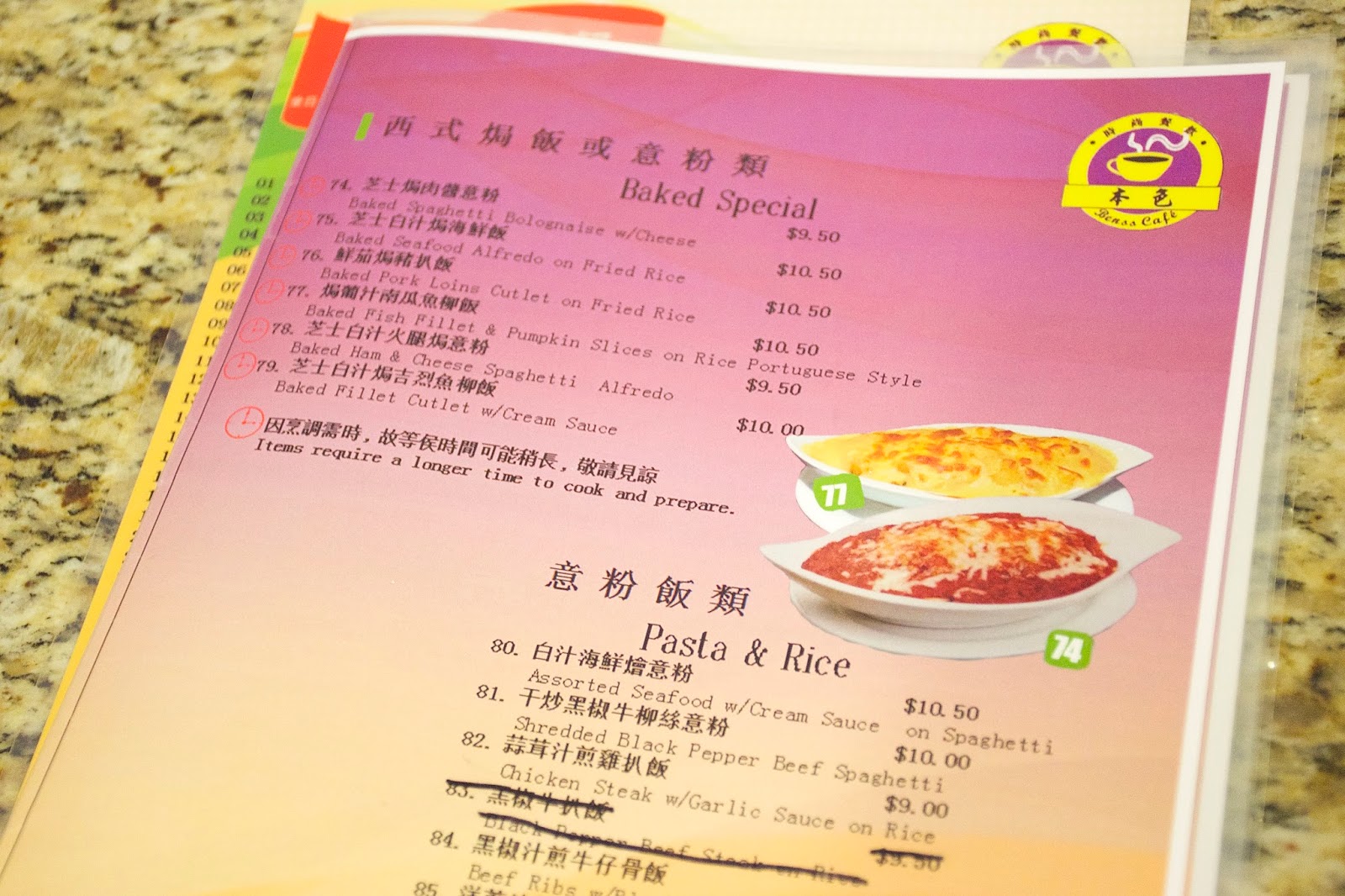 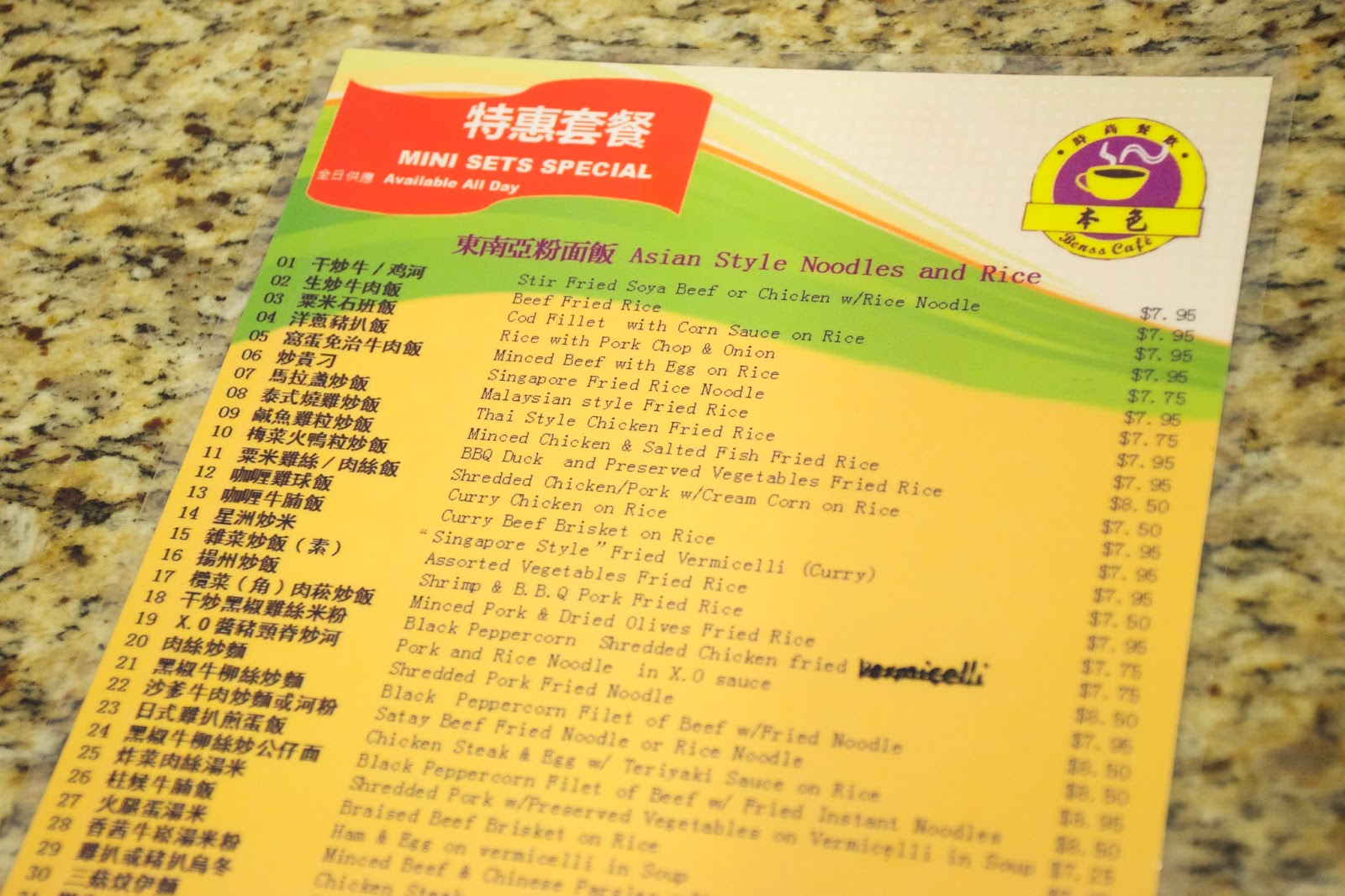 Most HK cafes have mini set meals - if you want a lighter meal! 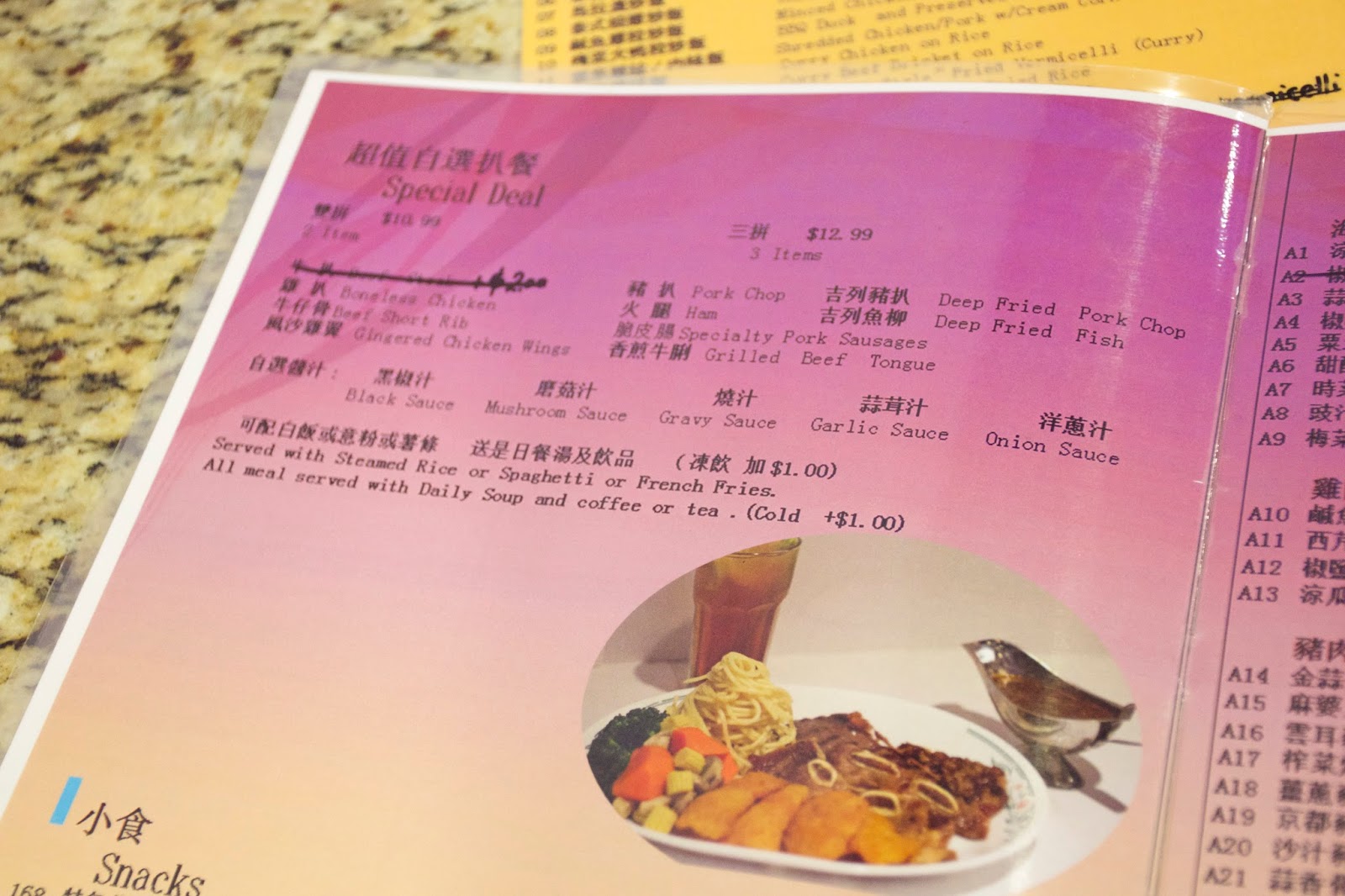 Build your own meats combo!! :D 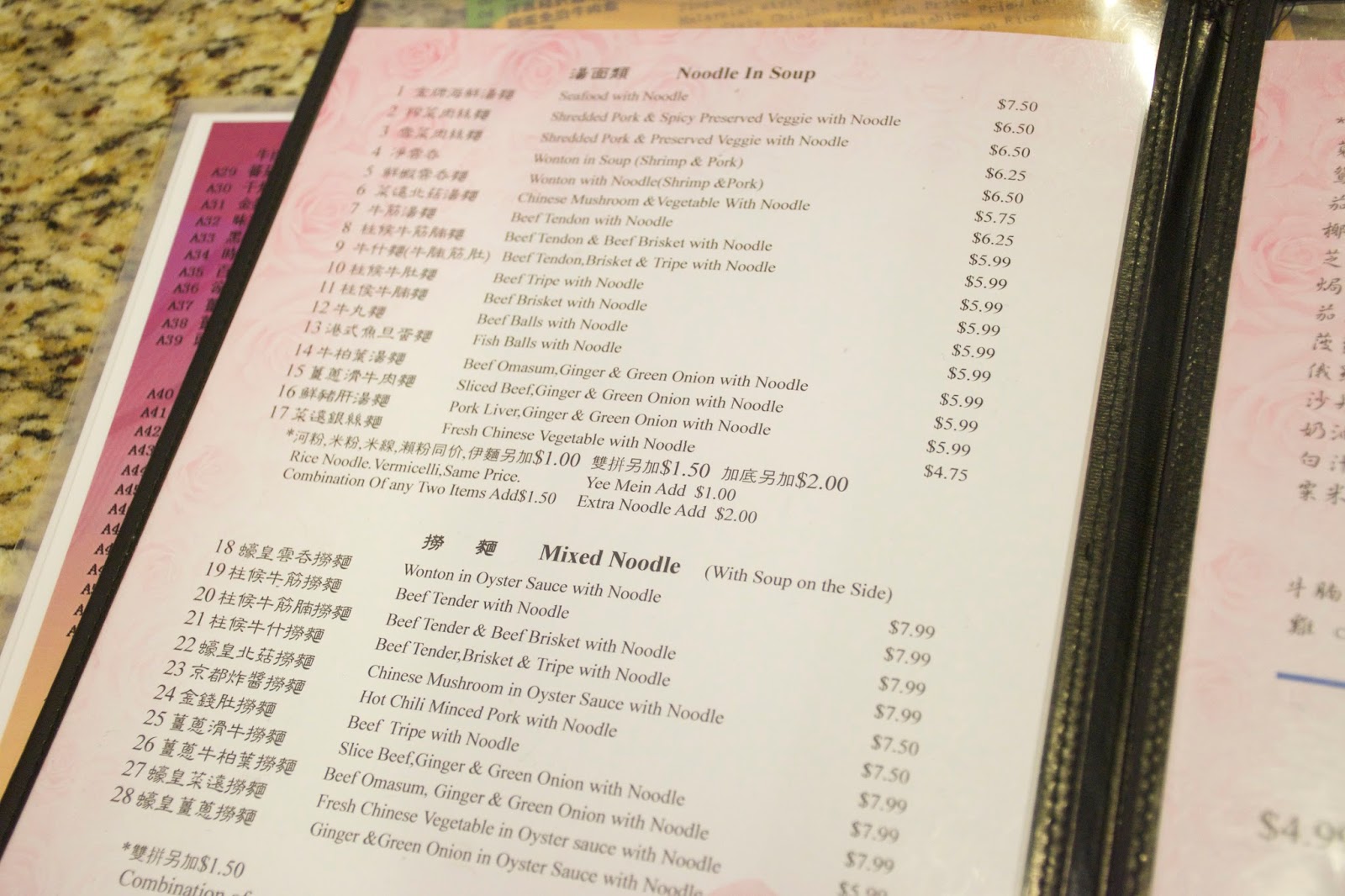 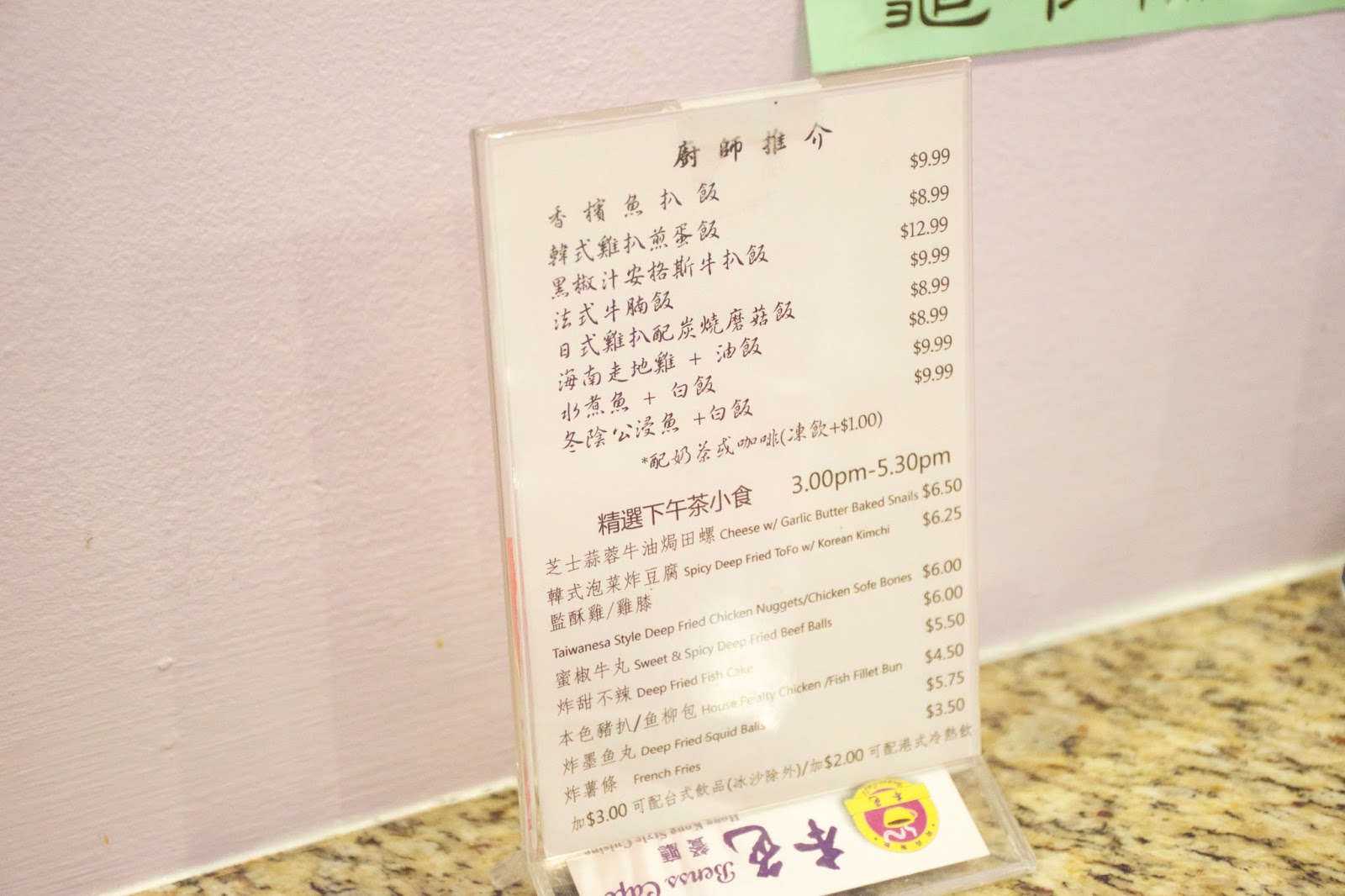 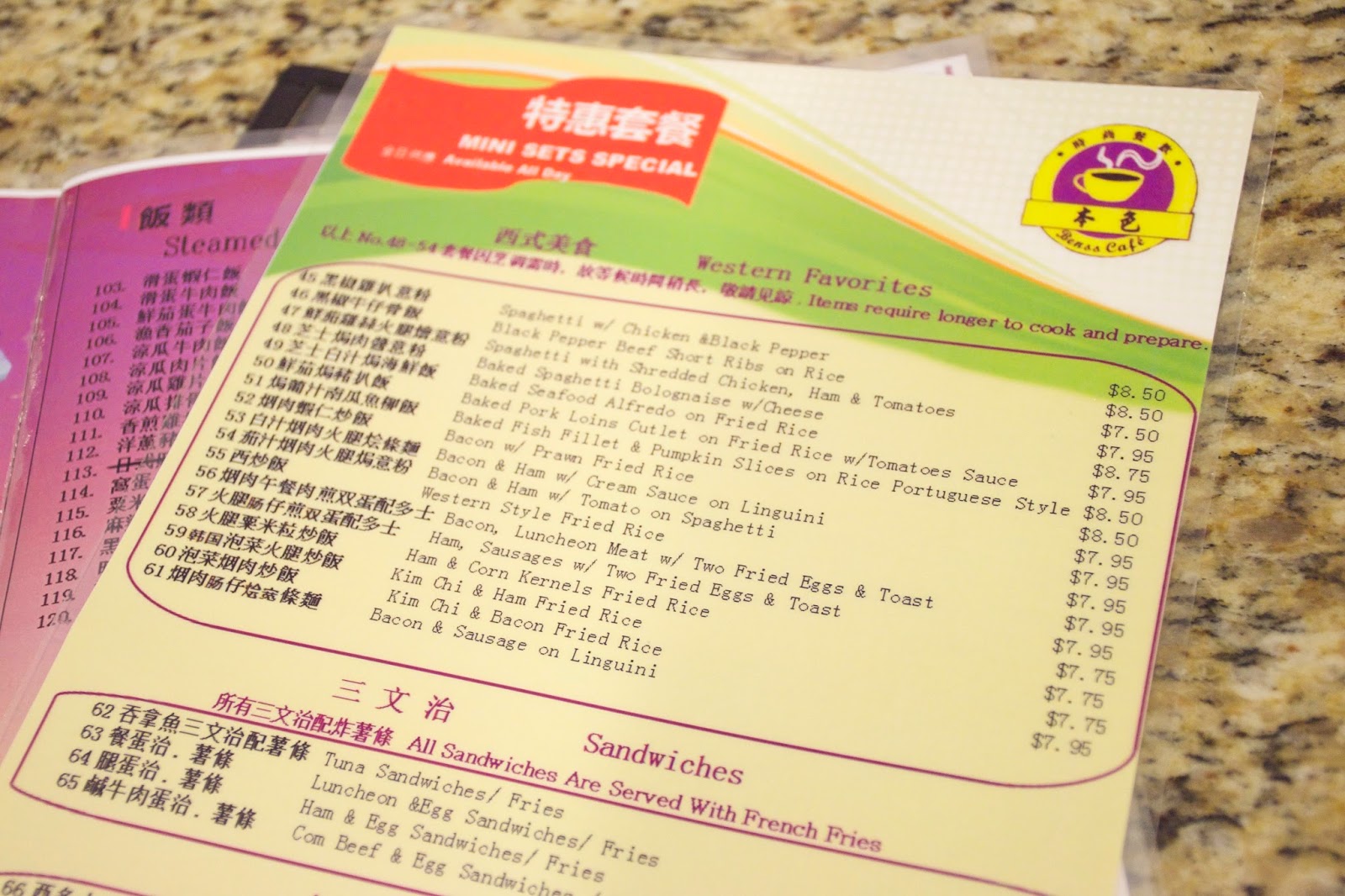 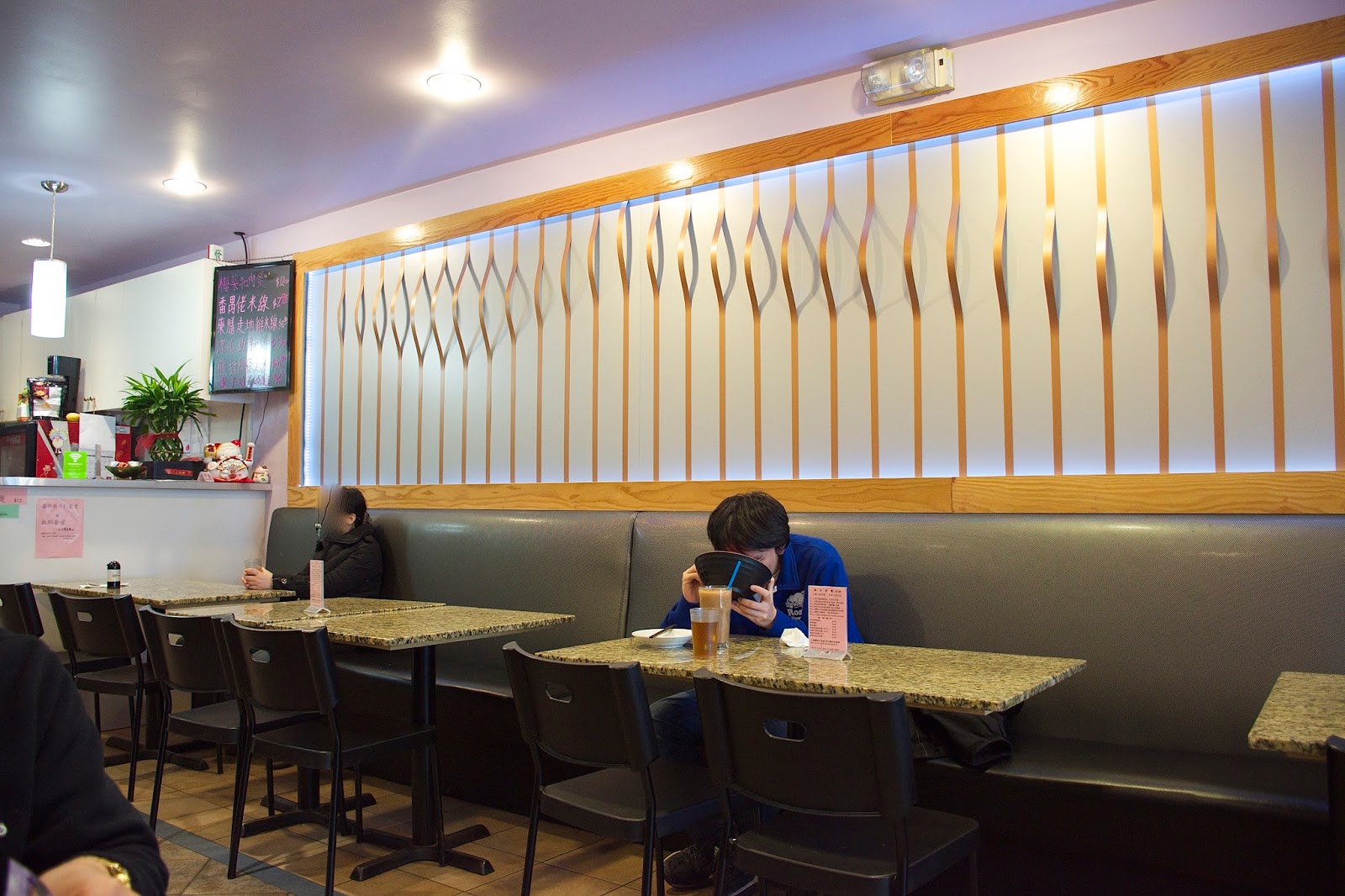