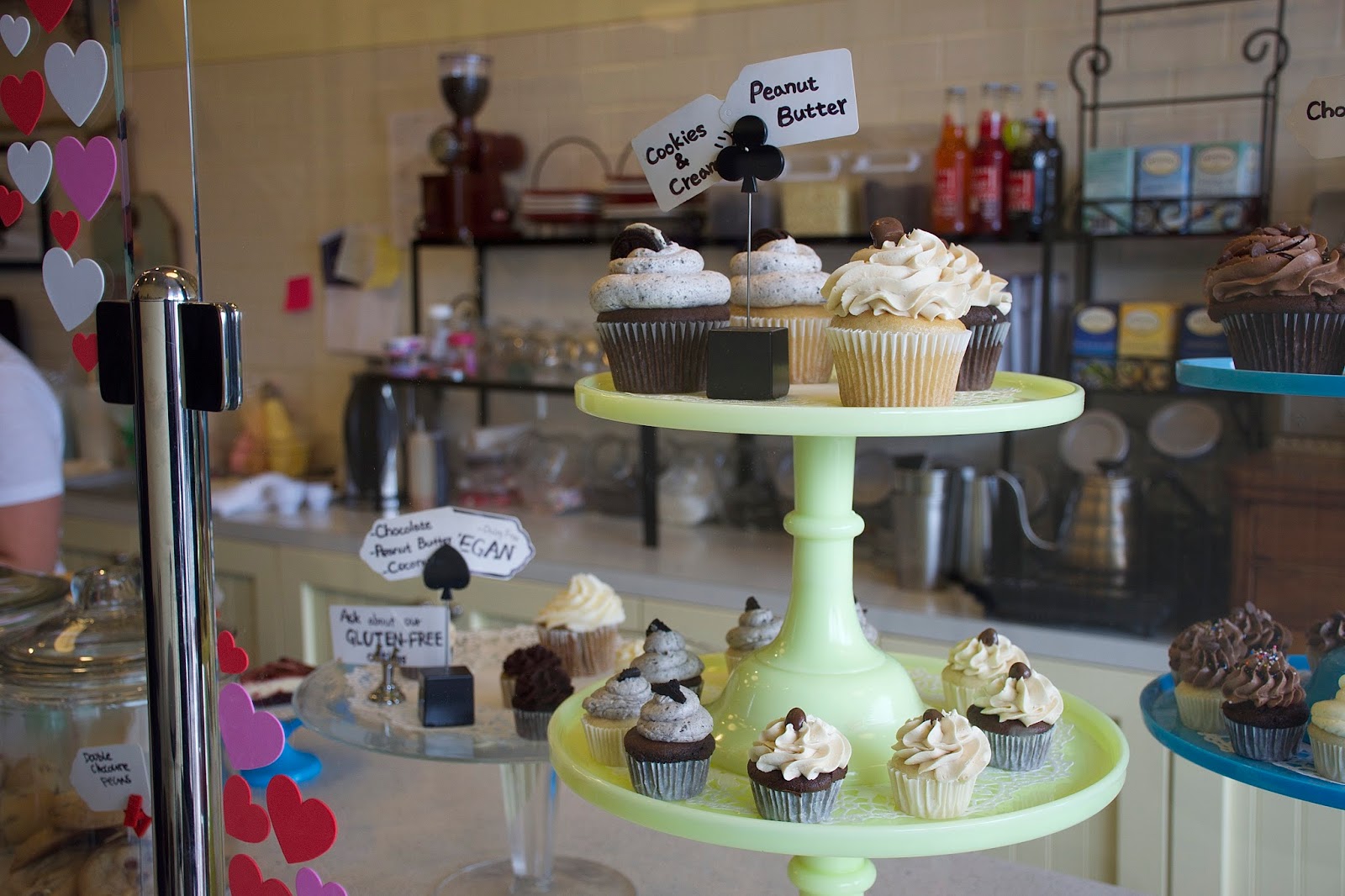 I'm SO sure I took a photo of their storefront haha, but I can't find it anywhere!! My apologizes!! :)


So the other day I was strolling down Commercial Drive, and I had a sudden hankering for something sweet hehe...and vegan!! I was on Commercial Drive after all, so finding something vegan shouldn't be too difficult right? I spotted Cassia Cupcakery, and after a quick google search, I found out that they did indeed have vegan cupcakes!! :D

Anyone else remember the days when the words "vegan" and "dessert" basically meant a ball of mud that tasted like chalk? I'm SO glad those days are over!! Vegan desserts nowadays seriously give the "real" deal a run for its money - most of the time people can't even taste the difference!! If only these awesome vegan desserts existed when I was younger haha, the closet I got to eating dessert was my mom's red bean rice cakes (back when I was allergic to everything.)

Cassia is seriously the cutest little neighbourhood cupcake shop ever!! People who were passing by would stop and stare at the cupcakes through the window! They're that adorable!! Because let's be real, what sane person would turn down a cupcake? ;)

The cupcakes at Cassia aren't exactly cheap, I read in a few reviews that people thought their cupcakes were dry - but mine was far from it! Maybe they've tweaked their recipe since then? Or maybe it was just because mine was a vegan cupcake? Their selection of vegan cupcakes is pretty small, they should really make more because the one that I tried was good enough that it left me wanting for more! :D 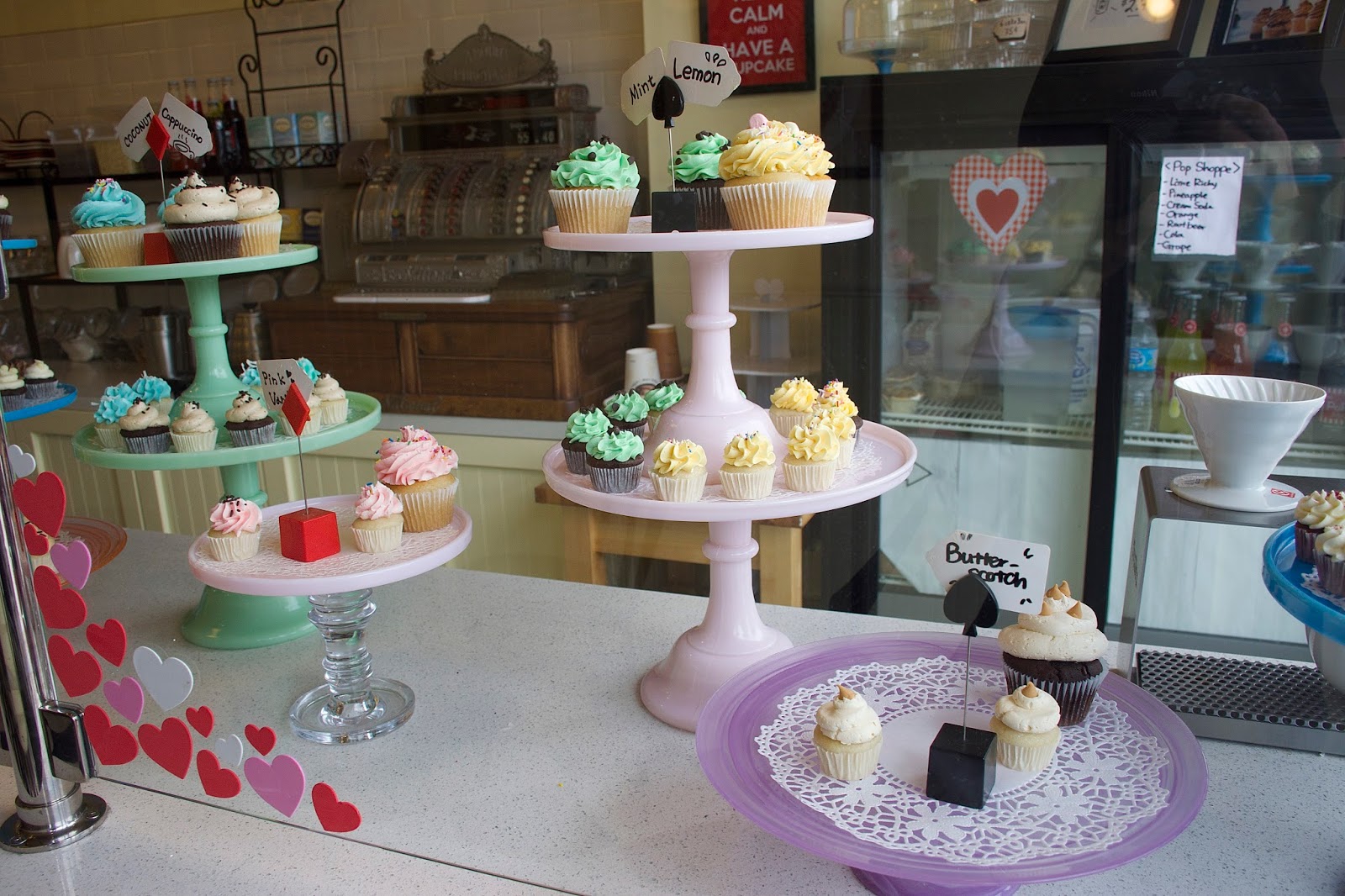 Aw the one with the pink frosting is too cute!! 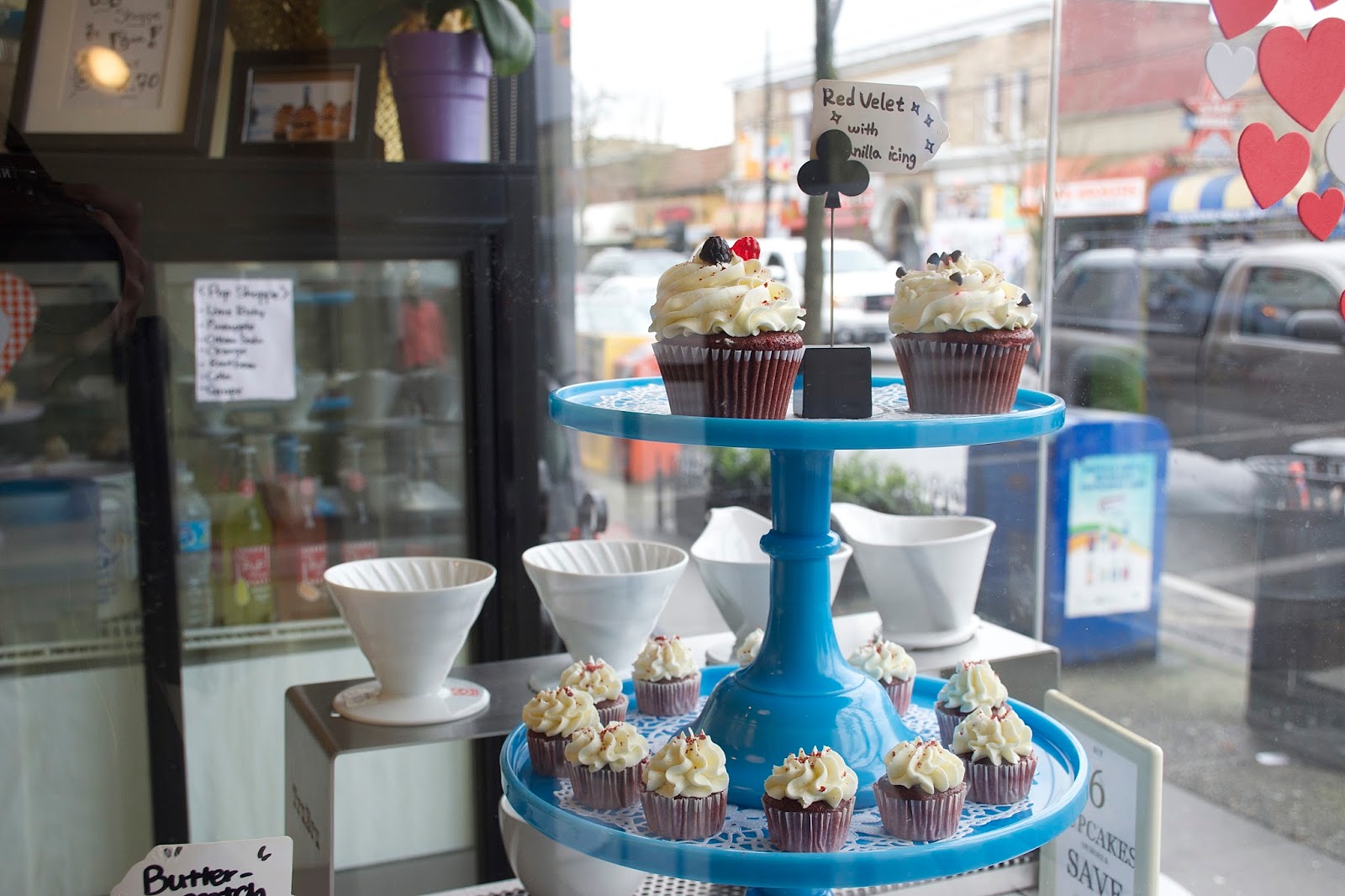 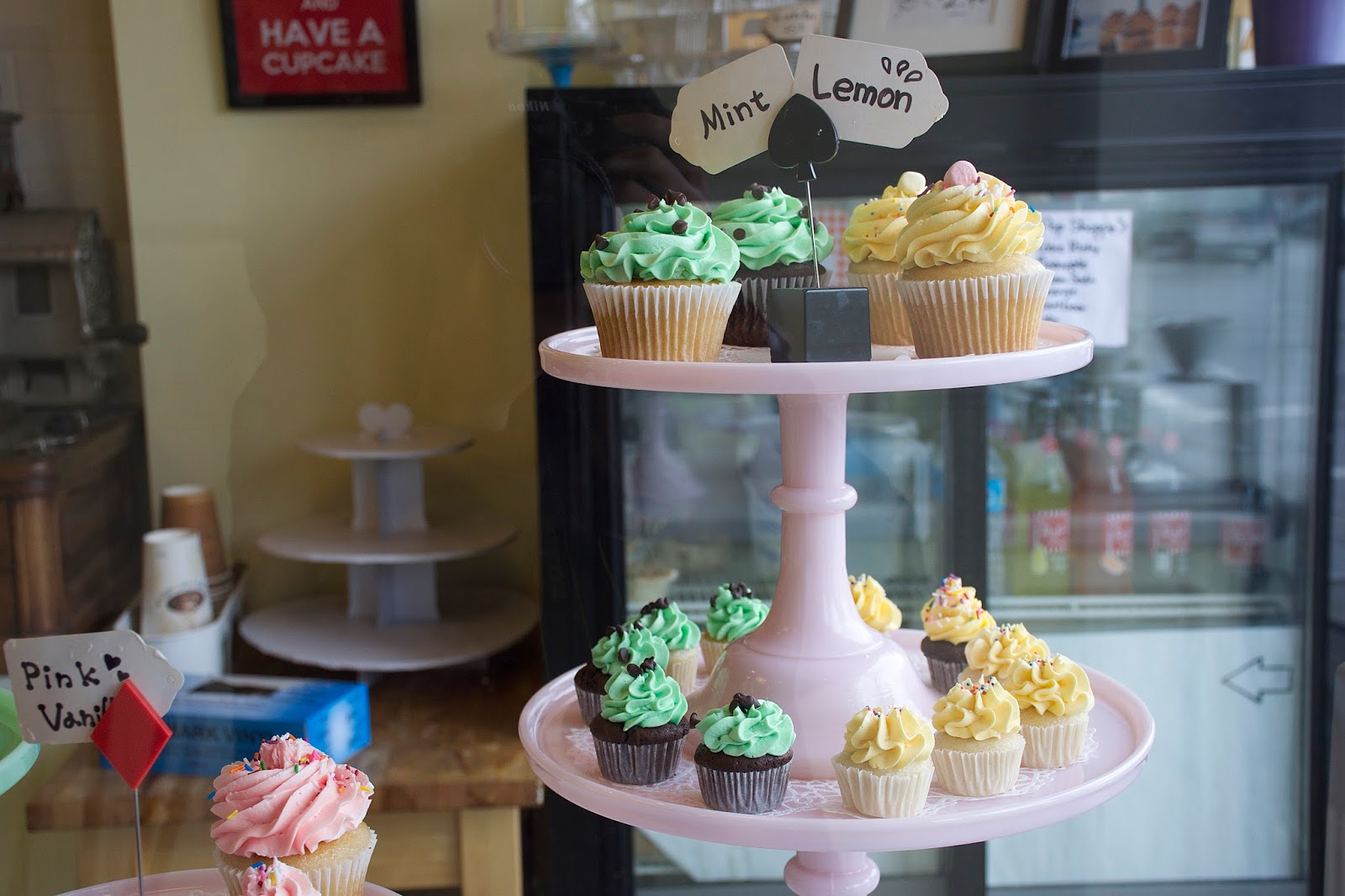 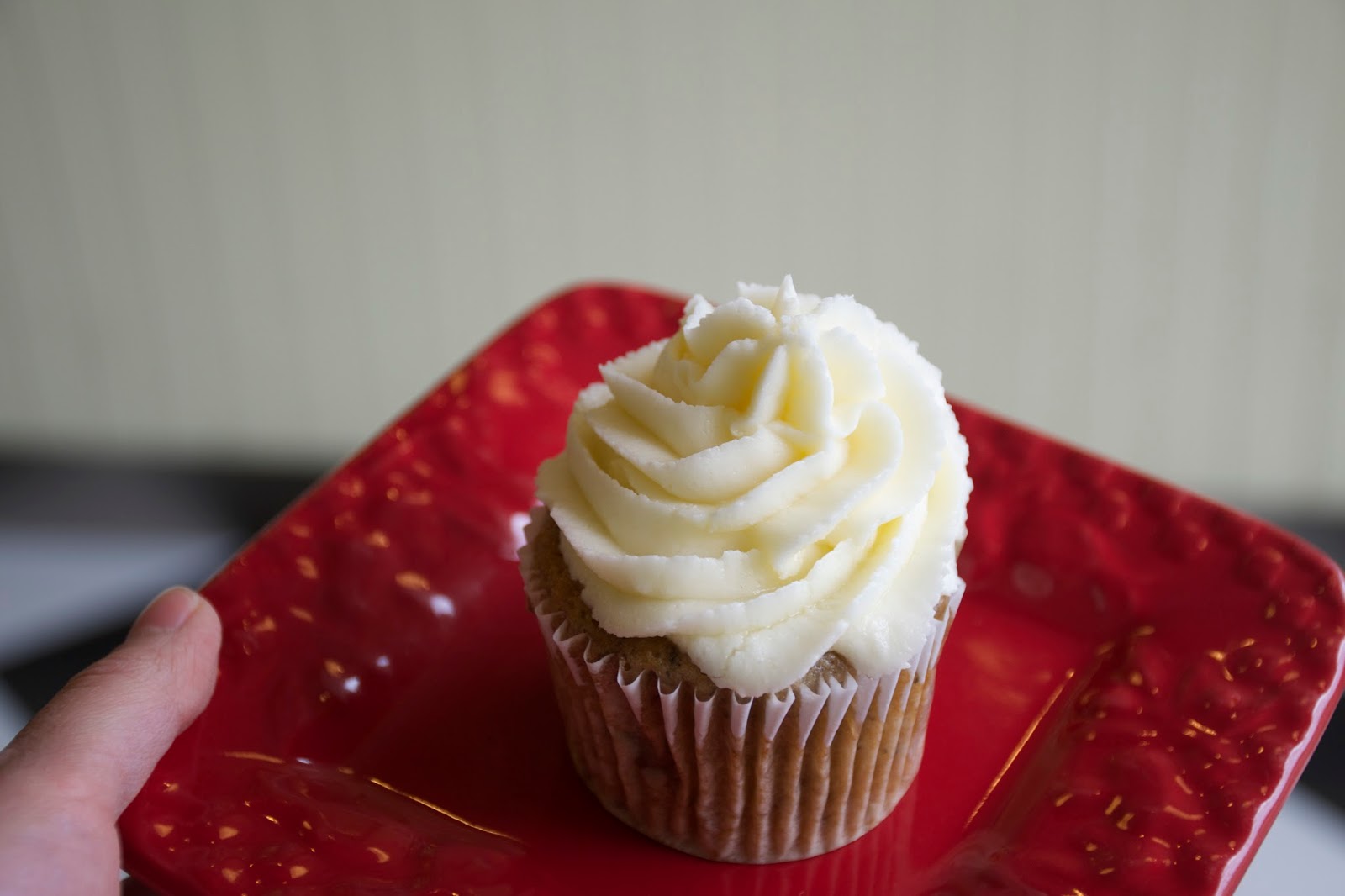 So I ended up going with the vegan one haha! This was pretty yummy but the best part was that it was super moist!! The cupcake base was pretty much banana bread, in cupcake form!! The whipped cream on top is coconut flavoured - with the coconut flavour being really strong!! The entire thing was really sweet - but I was eating a cupcake afterall haha!! I'm definitely coming back to try their chocolate flavour!! 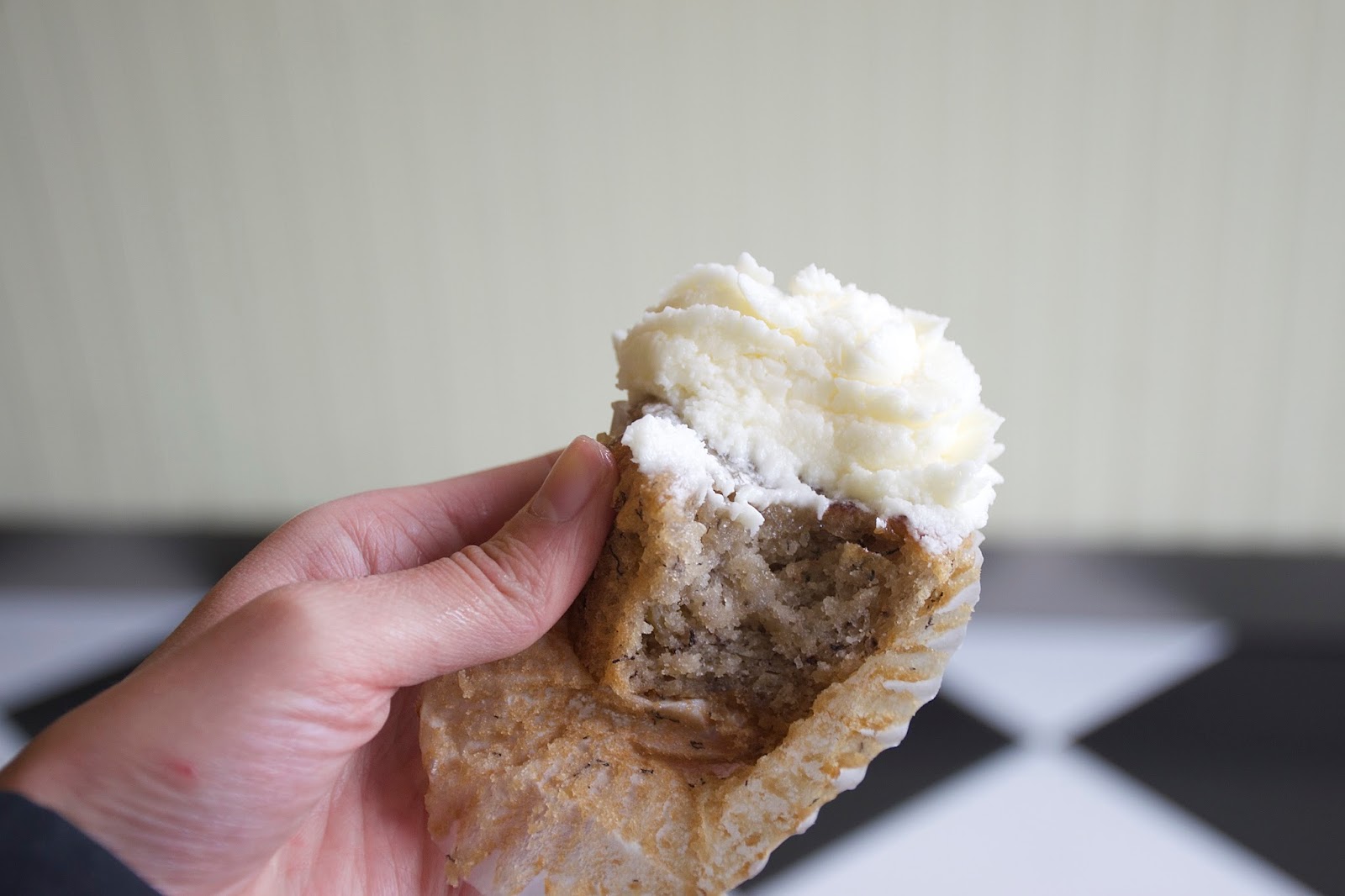