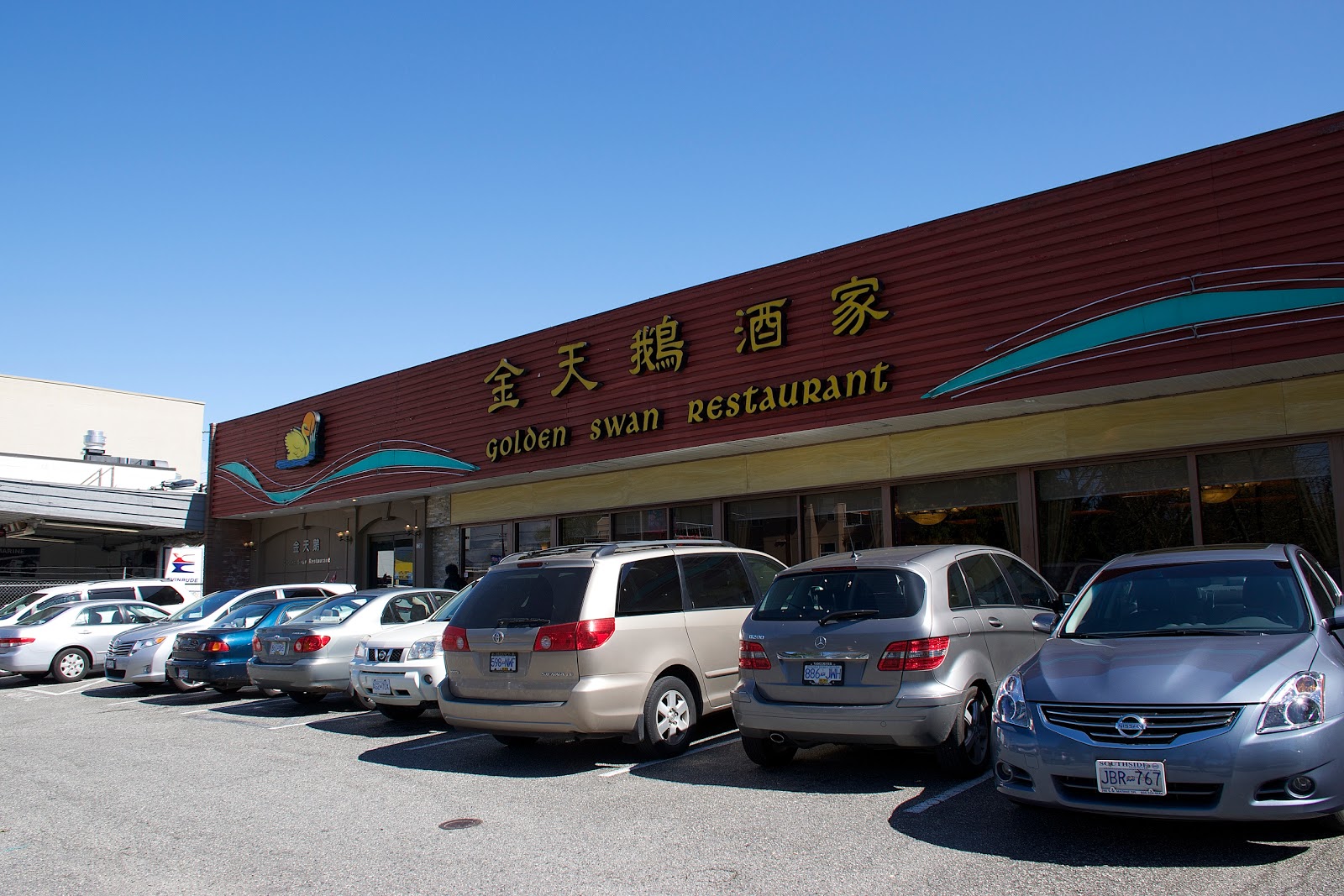 I feel like I haven't blogged about a dim sum place in forever! The only place we go for dim sum is South Ocean now haha!! But the other day after my doctor's appointment, my dad wanted to go for yum cha, but he didn't want to go all the way to Richmond - so we went looking for a place for dim sum near Victoria Drive! We were going to go to Western Lake down the road, but we came here instead because we didn't want to wait in line haha - I still like Western Lake better though hehe.

This place seems pretty popular, because it was packed - even though it was weekday! Golden Swan is one of the few places left that still uses push carts - my dad's preferred method of delivery!! He doesn't like ordering off of sheets because he hates waiting for his food haha. I like carts because you can see the food before ordering, the portion size, etc. The prices are middle of the road, dishes range from $3-5, which isn't too bad!

I also saw something I've never seen before at dim sum - fried dough LOL!! Is fried dough a thing at dim sum places? Because this was my first time seeing it haha!! Seriously - it was literally a huge piece of fried dough coated in sugar! So obviously I had to get it ;)   Just so I could satisfy my curiosity hehe. 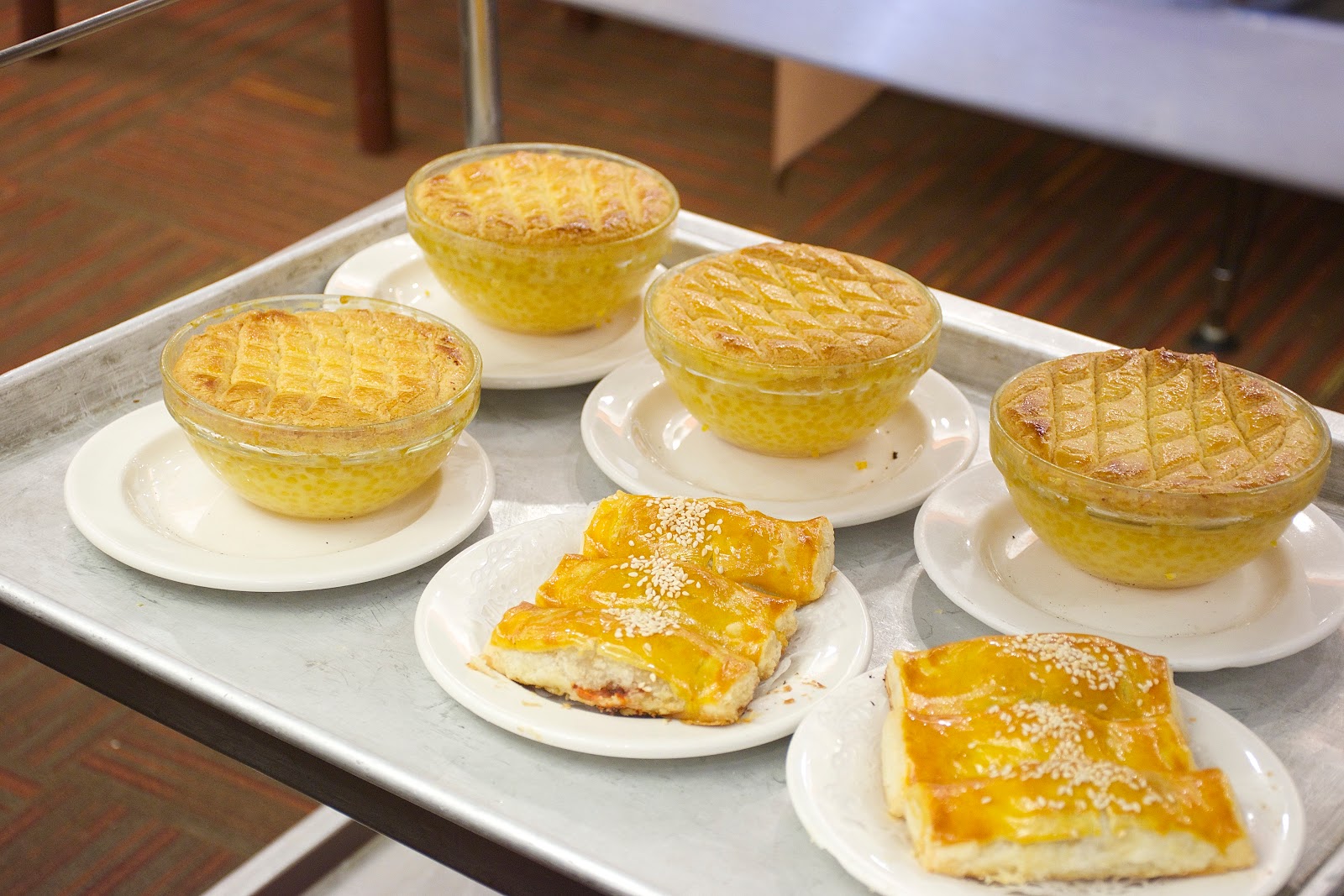 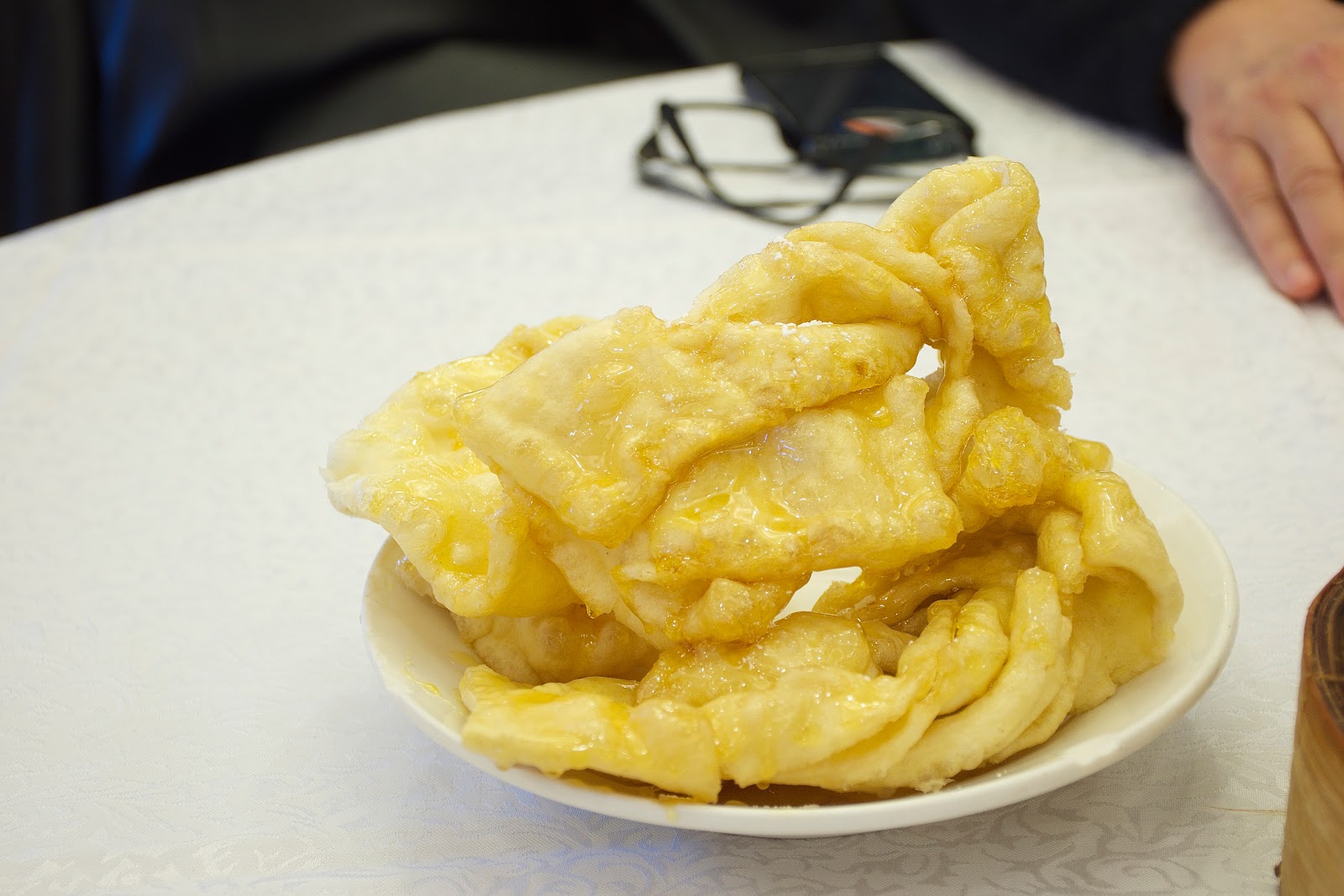 I think this is the first time I've ever seen fried dough at at dim sum LOL!! Is this a thing? Because I'm not familiar with it haha!! It was basically a huge piece of fried dough glazed with a sweet syrup of some sort. The dough itself was crispy on the outside and a bit soft!! We only ended up eating a few bites because the entire thing was pretty sweet - and really sticky lol!! Probably not something I would order again, but fun to try once! 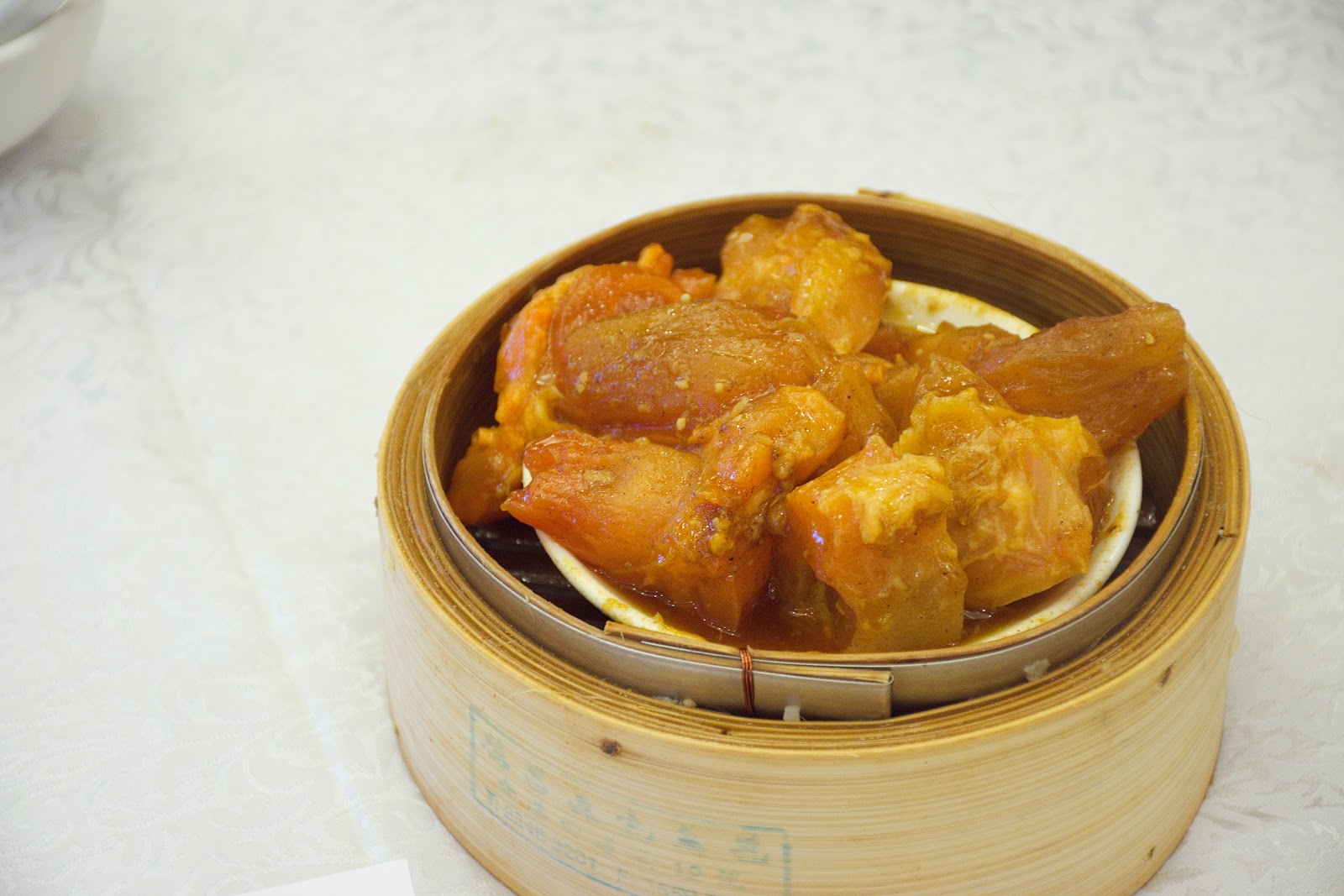 My dad ordered his usual beef tendon, and he enjoyed it! He noted that the pieces were really large (you can tell from the picture) The sauce was your typical beef tendon sauce, a bit sweet with a touch of wine. The pieces weren't very tender but not overly hard either. 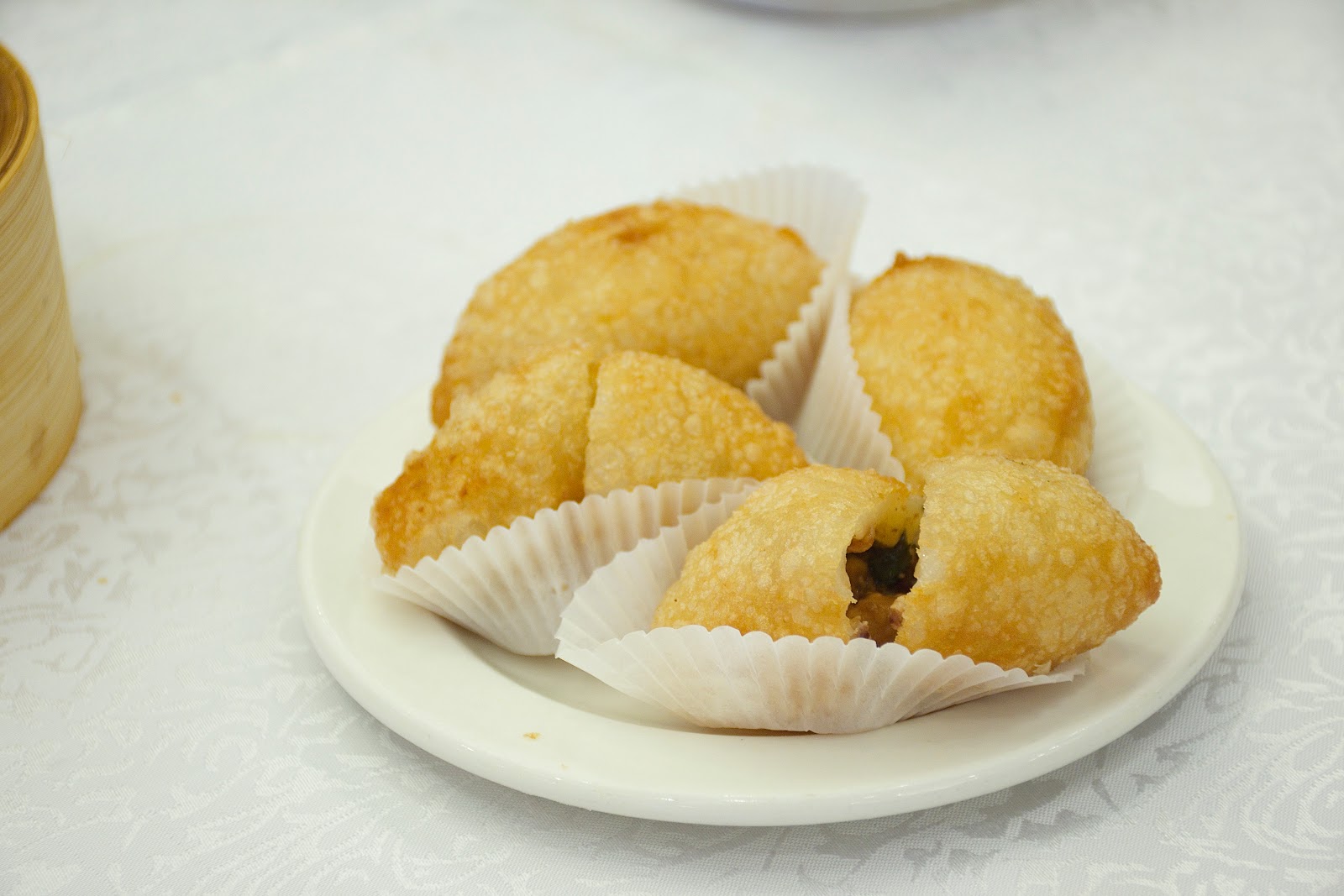 The ham sui gok here is pretty yummy!! The skin is just the right chewiness, and not too thick!! It could've used a bit more filling though, but it was fragrant, and really flavourful! I also liked how the skin was a bit "bubbly!" 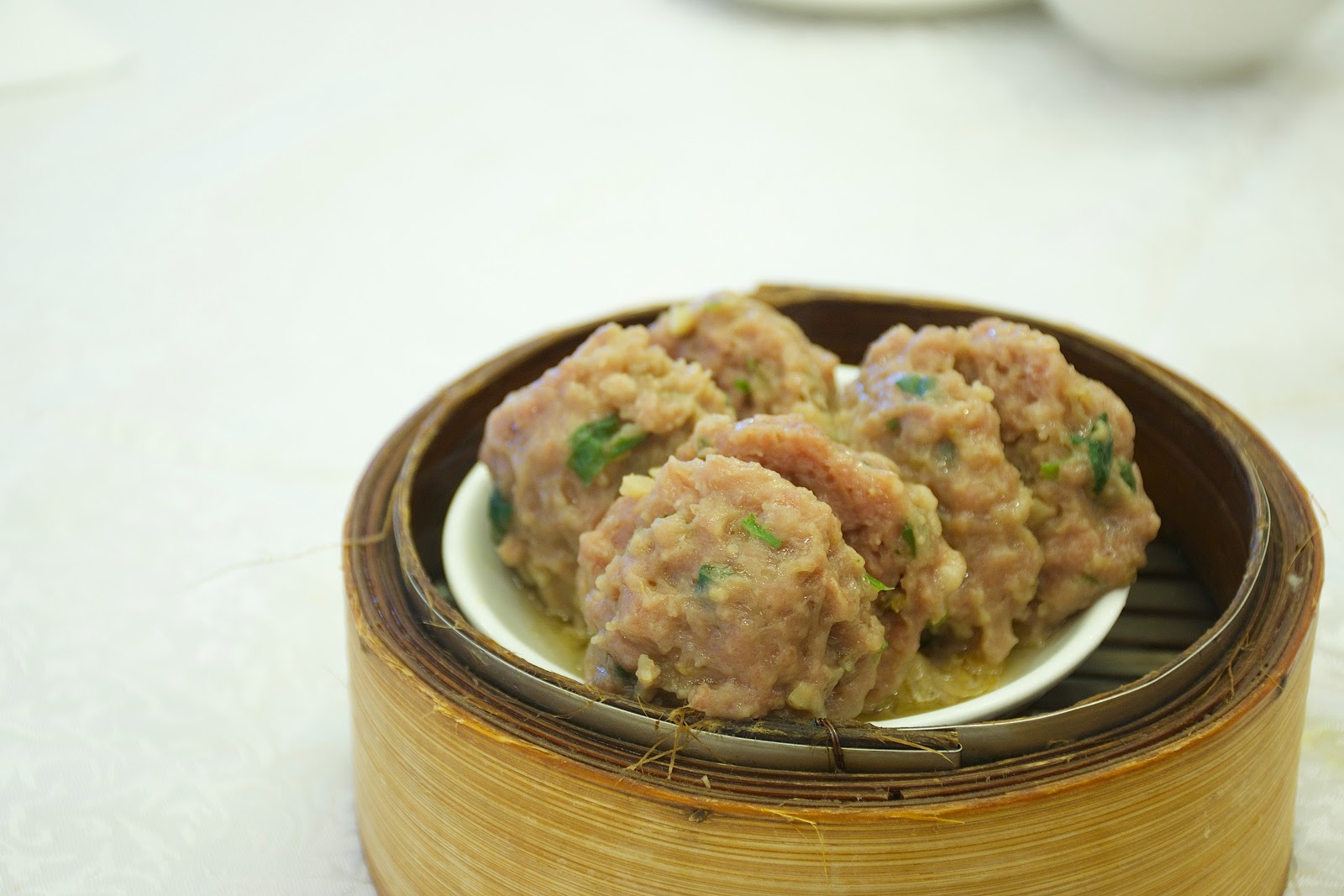 The beef balls here are modestly size (Western Lake just down the road has HUGE beef balls lol!) The beef balls were bouncy and moist, and there was a definite orange peel hit. The chives added that extra layer of flavour. Pretty yummy! :D 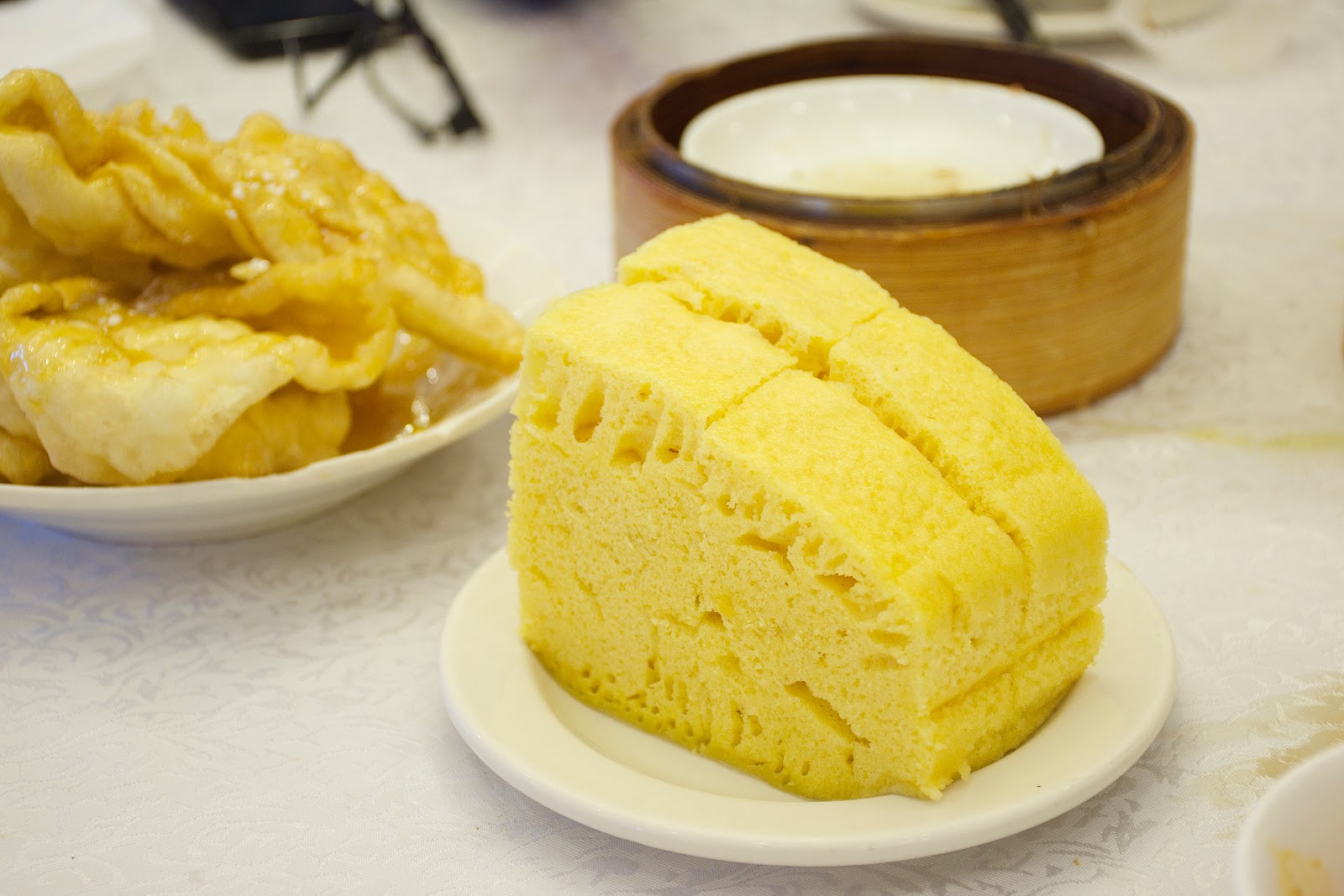 Ma La Goh is one of my favourite things at dim sum hehe! This version isn't made with brown sugar so it's yellow! This was really enjoyable, fluffy, soft, and really pillowy!! :D It wasn't too sweet either! 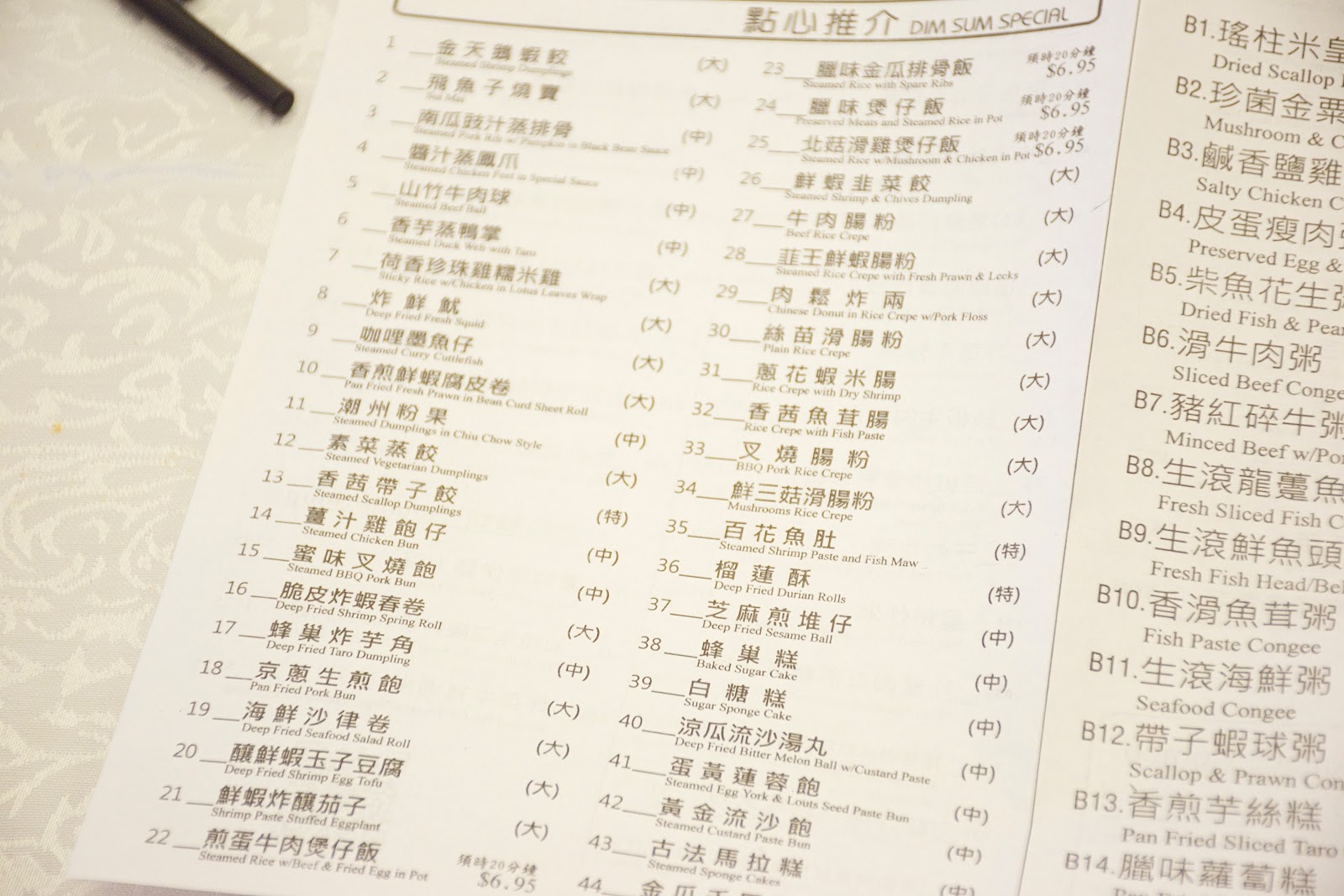 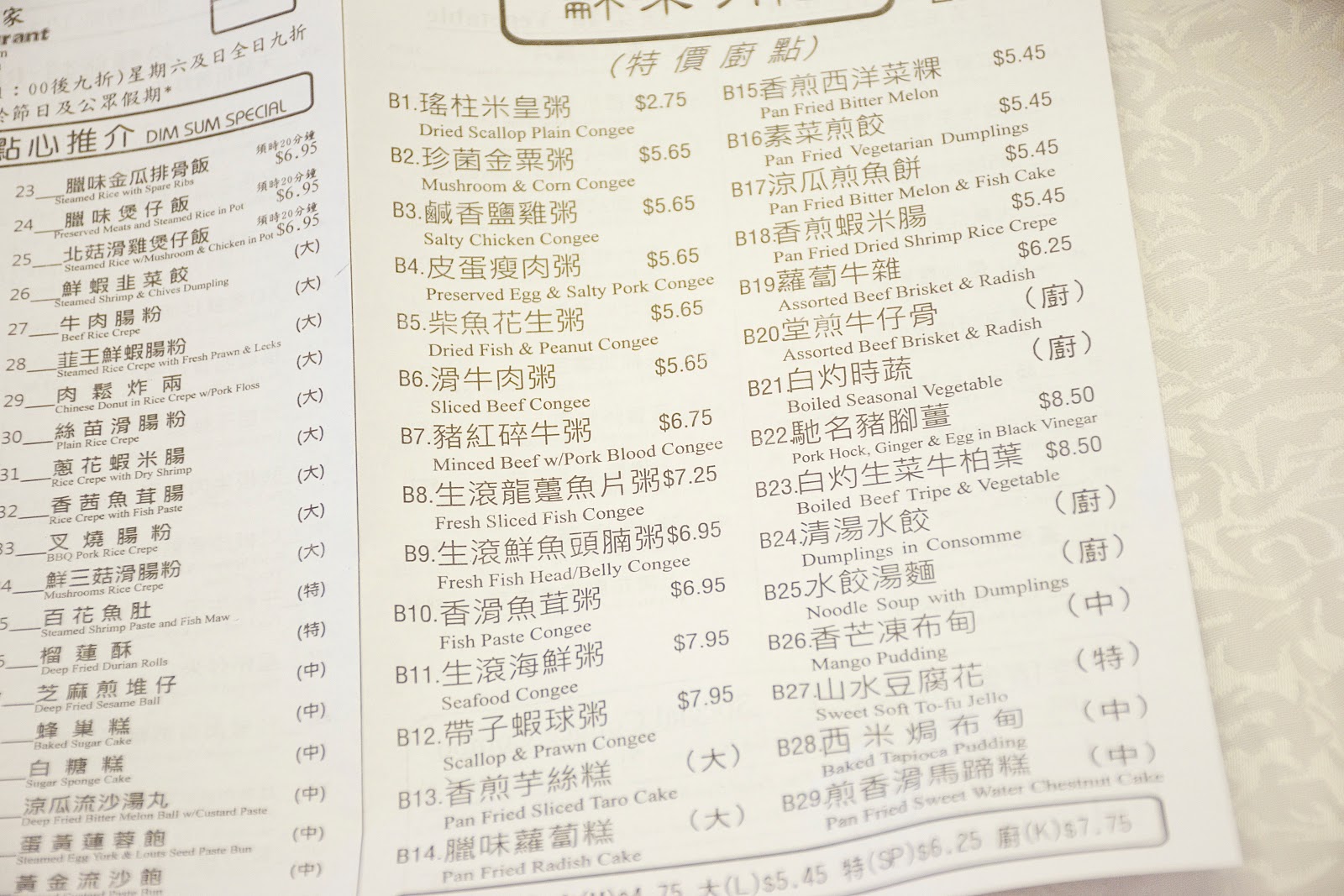