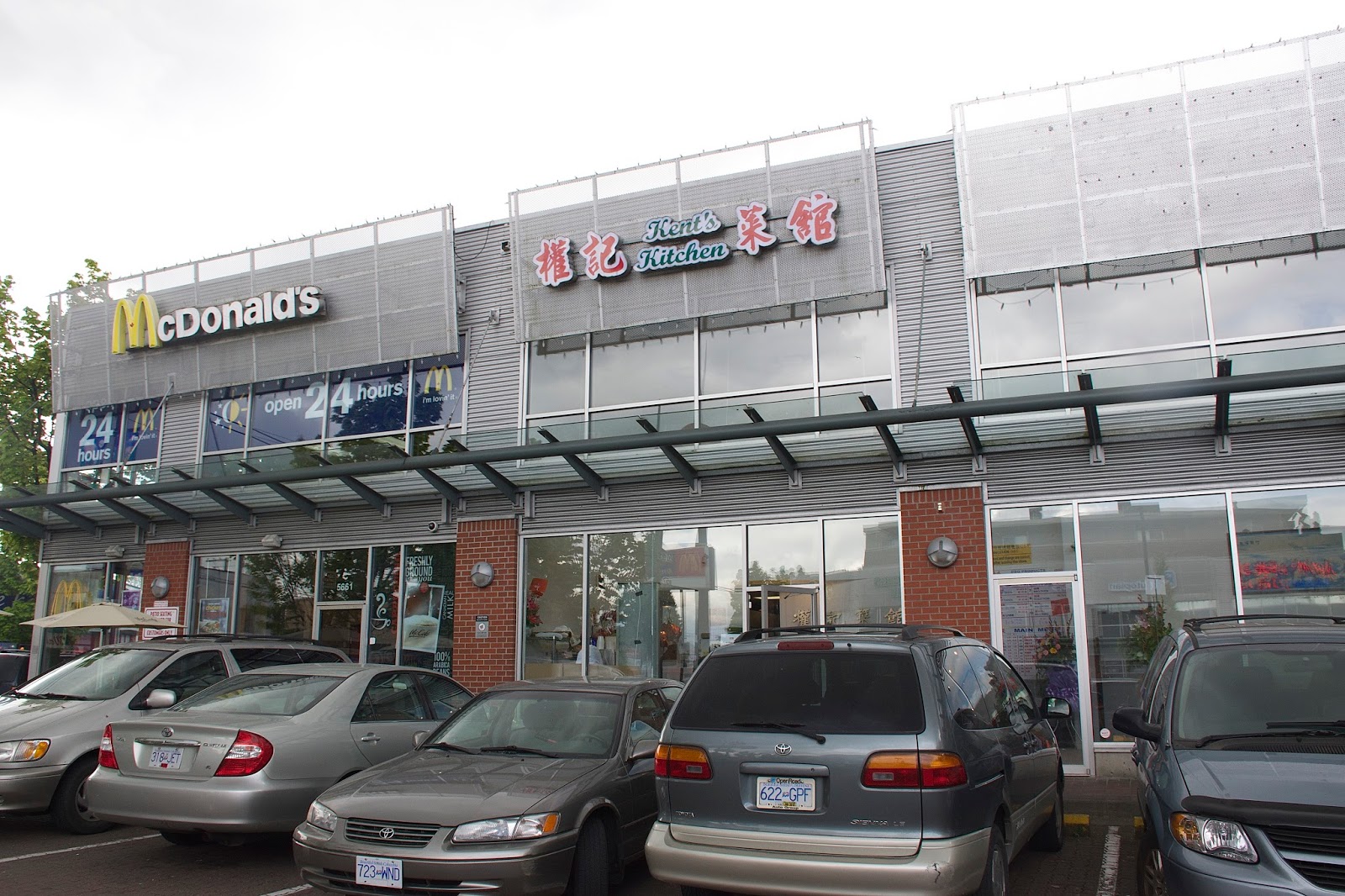 After my doctors appointment yesterday, my dad and I were hungry and in need of some eats!! I reallyy wanted to go to the newly opened Banh Mi Saigon across the street (there was a huge lineup!) but my dad refused LOL. (Why?!!)

"I don't want to eat bread for lunch."

"Bread doesn't count as meal, you eat bread as a snack!"

"You have to eat rice for lunch."

"I don't like them, we use to eat them all the time in Aberdeen."

"Yes they do, don't you remember?"


Turns out he was referring to Lai Place in Parker Place (he got the two mixed up.) Their banh mi's are pretty awesome though hehe. Read my review of Lai Taste here: Lai Taste

So guess where we ate lunch?

In the car LOL. We got takeout from Kent's, and since there's no seating inside, we had to eat in the car! Which was actually pretty fun. The only other time I ate in the car was when we got McDonald's to go, so this was my first time eating chinese food in the car!! :D  (Is it weird that I actually got excited?)

You know what? The food actually wasn't bad, considering that everything is premade. Wayyy better than T&T imo. The food we had tasted really similar to what you would get in a lower end HK Cafe or food court stall.

Kent's Kitchen is different from other fast food chinese places because the food is actually real chinese food! None of that americanized stuff ;)   They have pork hocks, bean curd, spareribs, they even have char siu!!
(Though I have to admit I have a soft spot for s&s pork, and lemon chicken hehe)

No matter how much "gourmet" food I eat, I'll never be too good for some greasy chinese takeout!! GREASY CHINESE FOOD FTW!! <3

My dad use to go to Kent's Kitchen in Chinatown a lot waay back in the day - when times were tough and he had to make his dollar go a little further. So coming here was definitely nostalgic for him! A lunch combo use to cost $3-4, and the portion sizes were really generous, but now they're raised they've prices to the $6-8 mark! 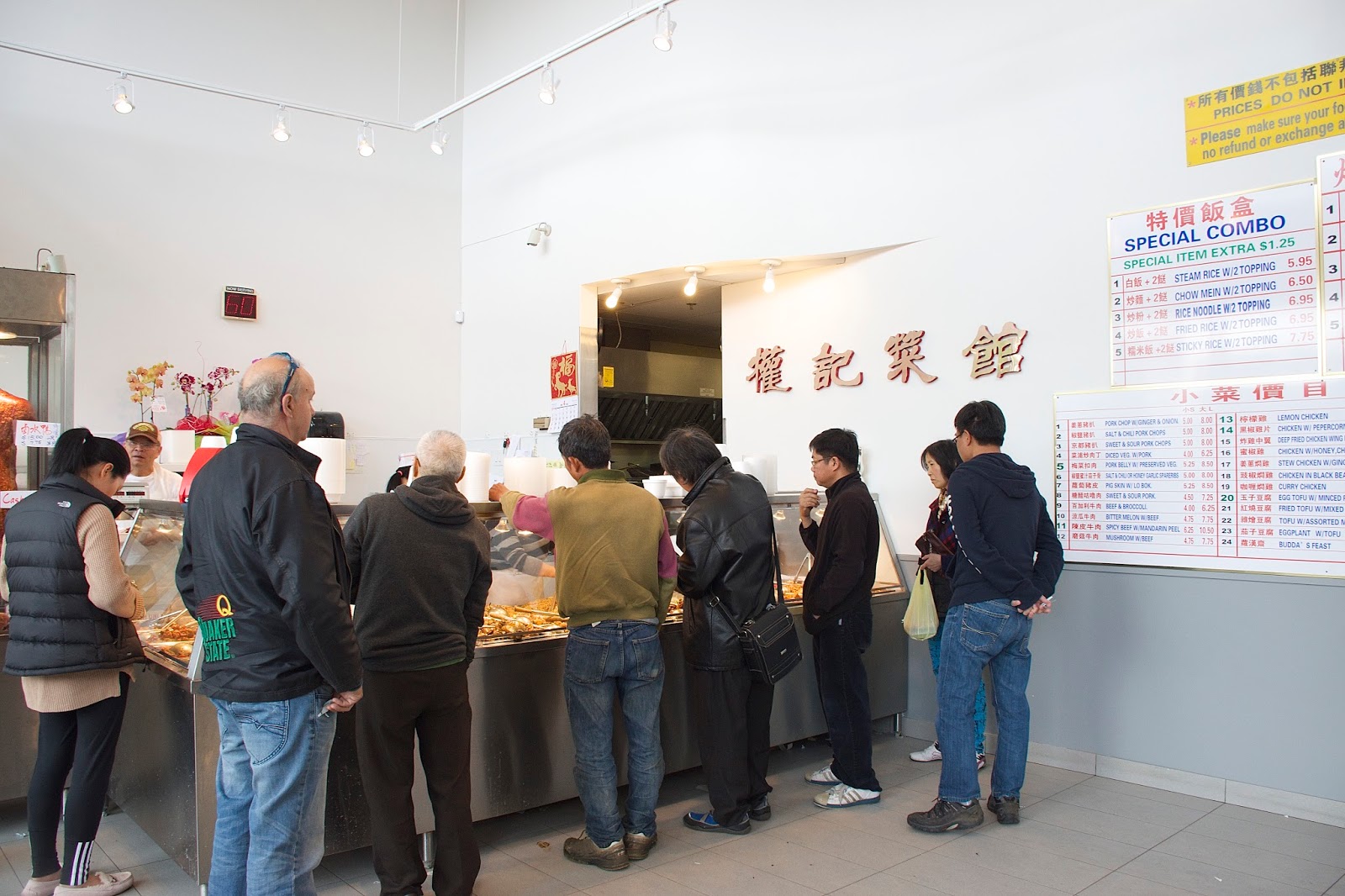 Hungry people queuing up for lunch!! You have to take a number at the door, and when it's your turn, they'll call you! 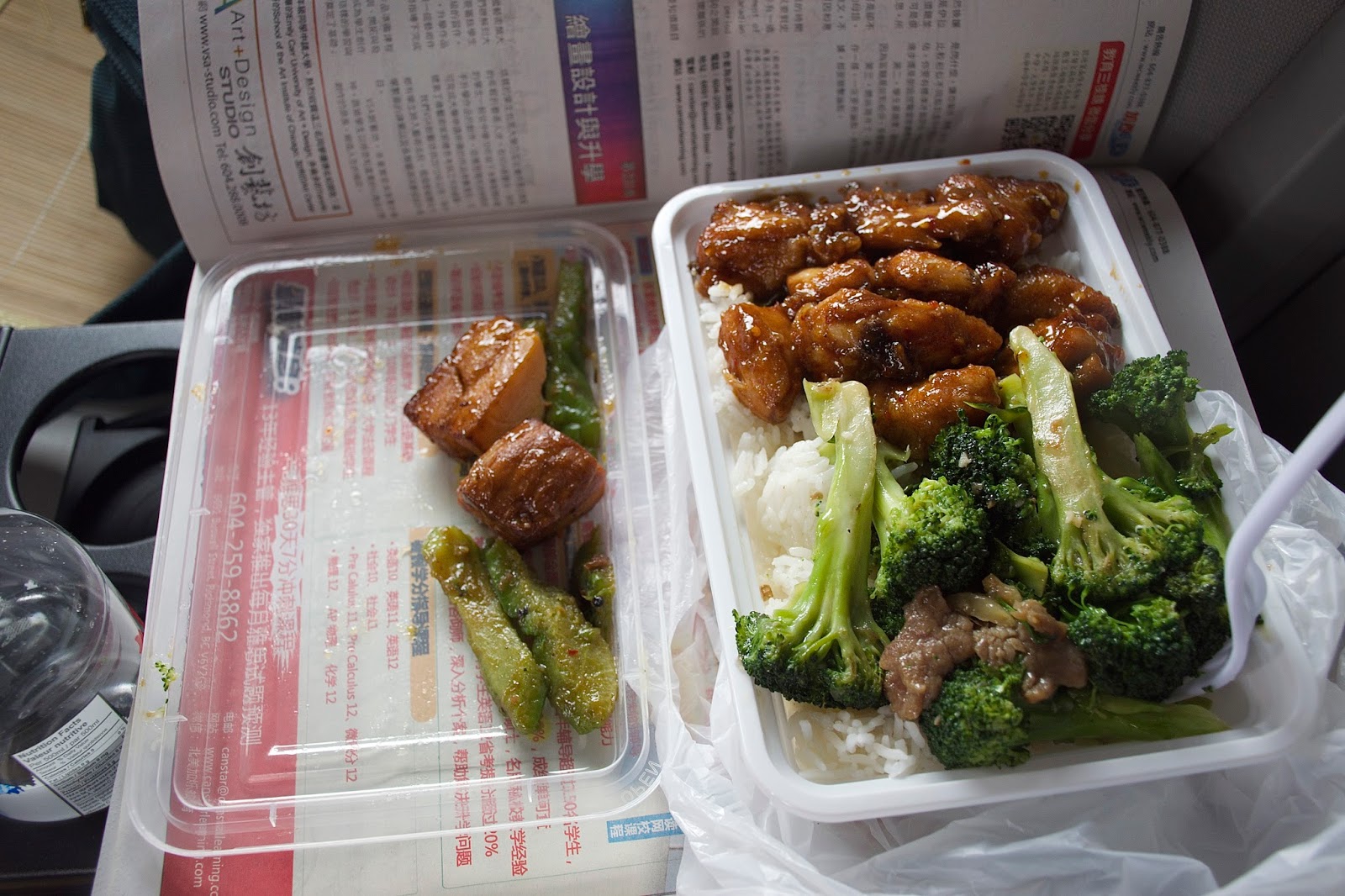 My fancyyy setup in the car!!
Just keeping it real ;)
I actually rolled down my window, and took pictures from inside my car, holding the lunch box with my arm stuck out LOL) Yes, I got quite a few stares ;) 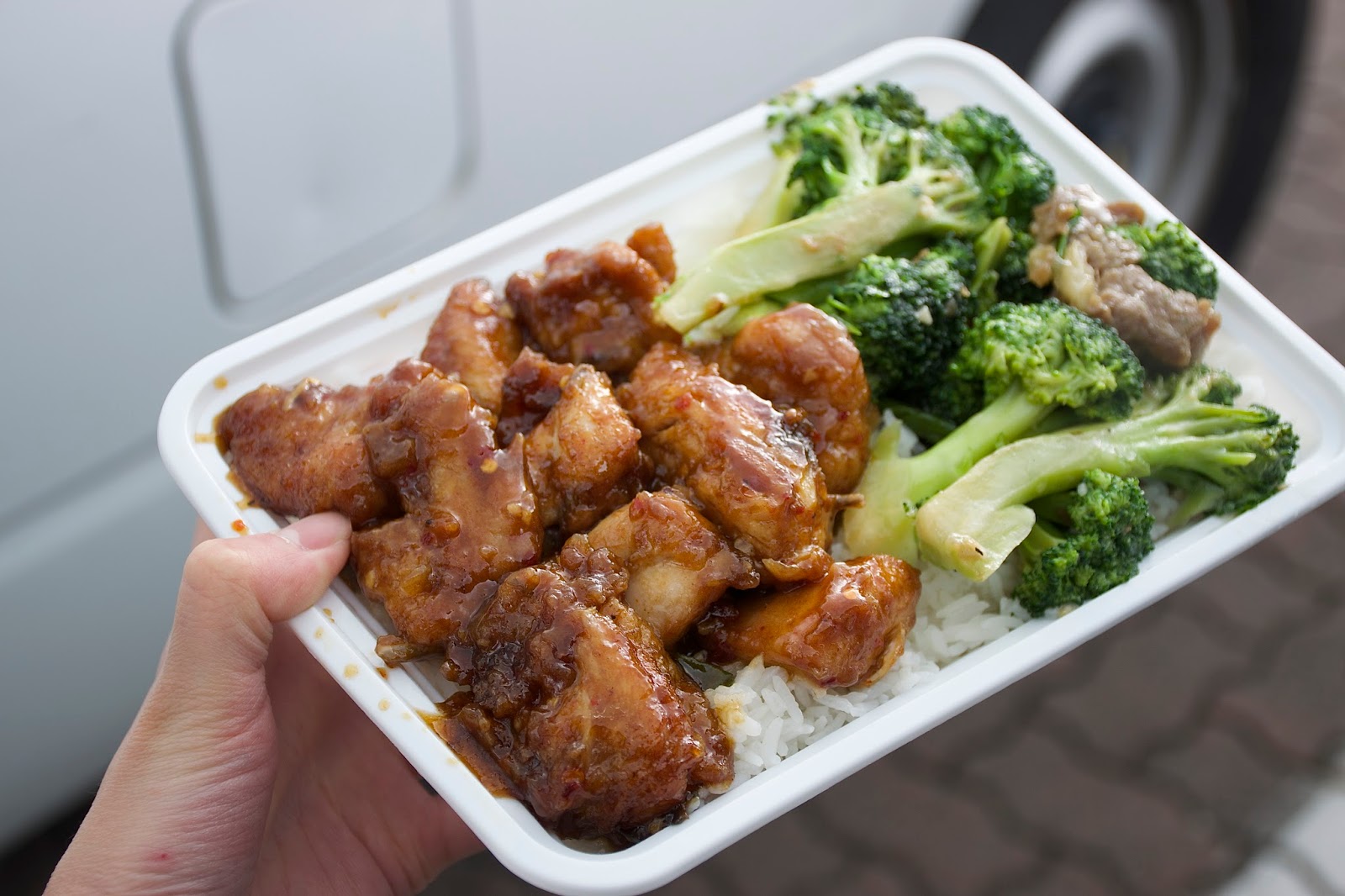 Hmm, not bad, not bad at all! I would take this over T&T and Manchu Wok (lol) anyday!! ;)
I also liked how it came in a rectangular container as opposed to those styrofoam ones!! The chicken was actually pretty decent...it was a bit spicy/sweet from the sauce on top! The meat itself wasn't rock hard, and the inside was actually pretty moist! Yea, it was greasy, but sometimes I like eating greasy food hehe ;)

The rice was surprisingly good! Seriously, the rice here is so much better than T&T! It's not rock hard or wet (yuck) and the grains are actually fluffy and separated! And the rice actually smelled like freshly steamed rice!  The broccoli was pretty standard, but glazed in a flavourful sauce and fairly crunchy! 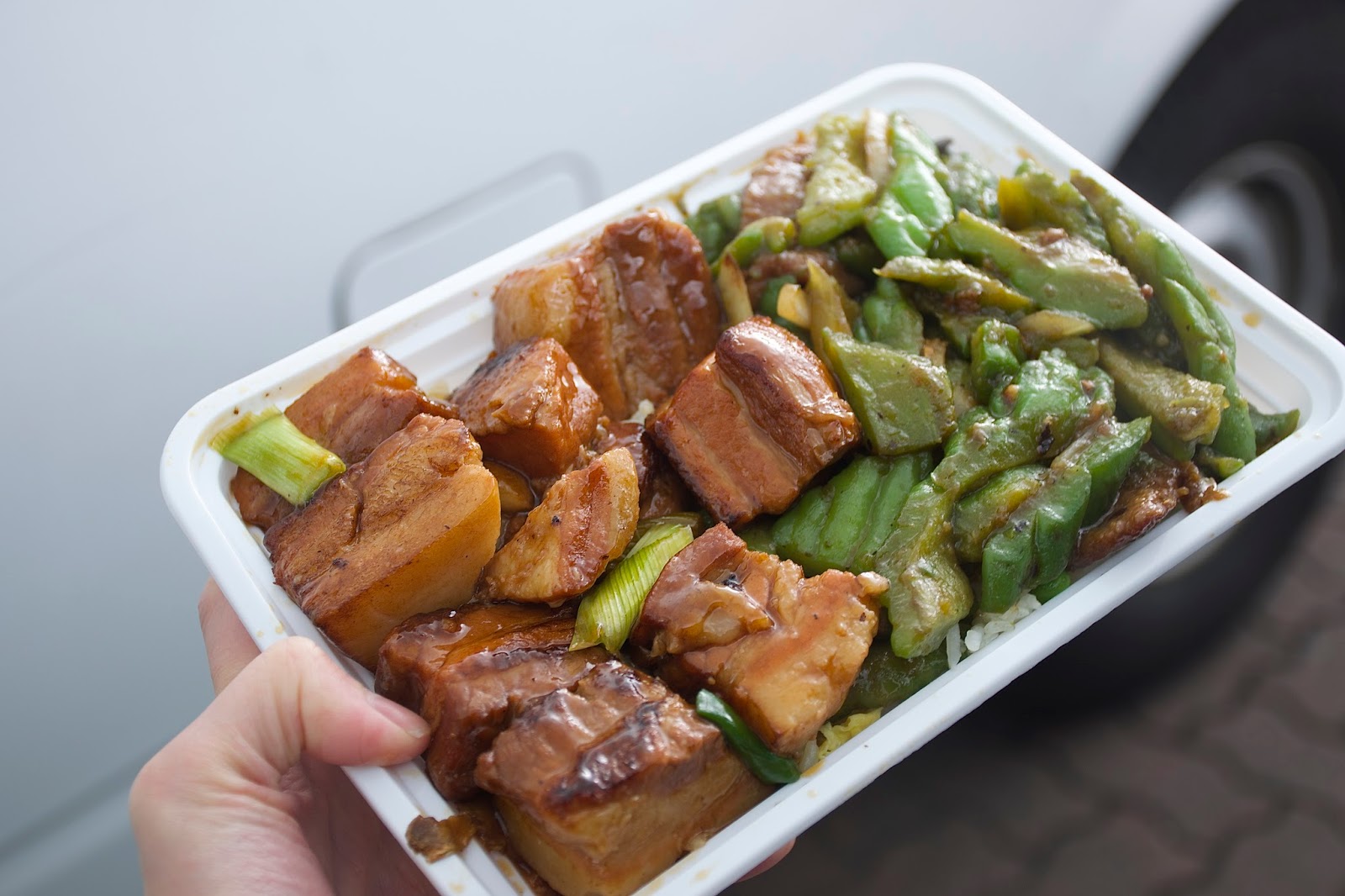 Hey, this wasn't half bad either!! The stew pork was actually pretty decent!! Sure, the lean parts were a bit too tough, but the pork itself was really flavourful with a strong soy sauce/vinegar profile! The bittermelon was okay, a bit hard, but the bitterness still came through!
My dad also got fried rice, which was $1! The fried rice was pretty average, with bits of corn, ham, and peas in it! 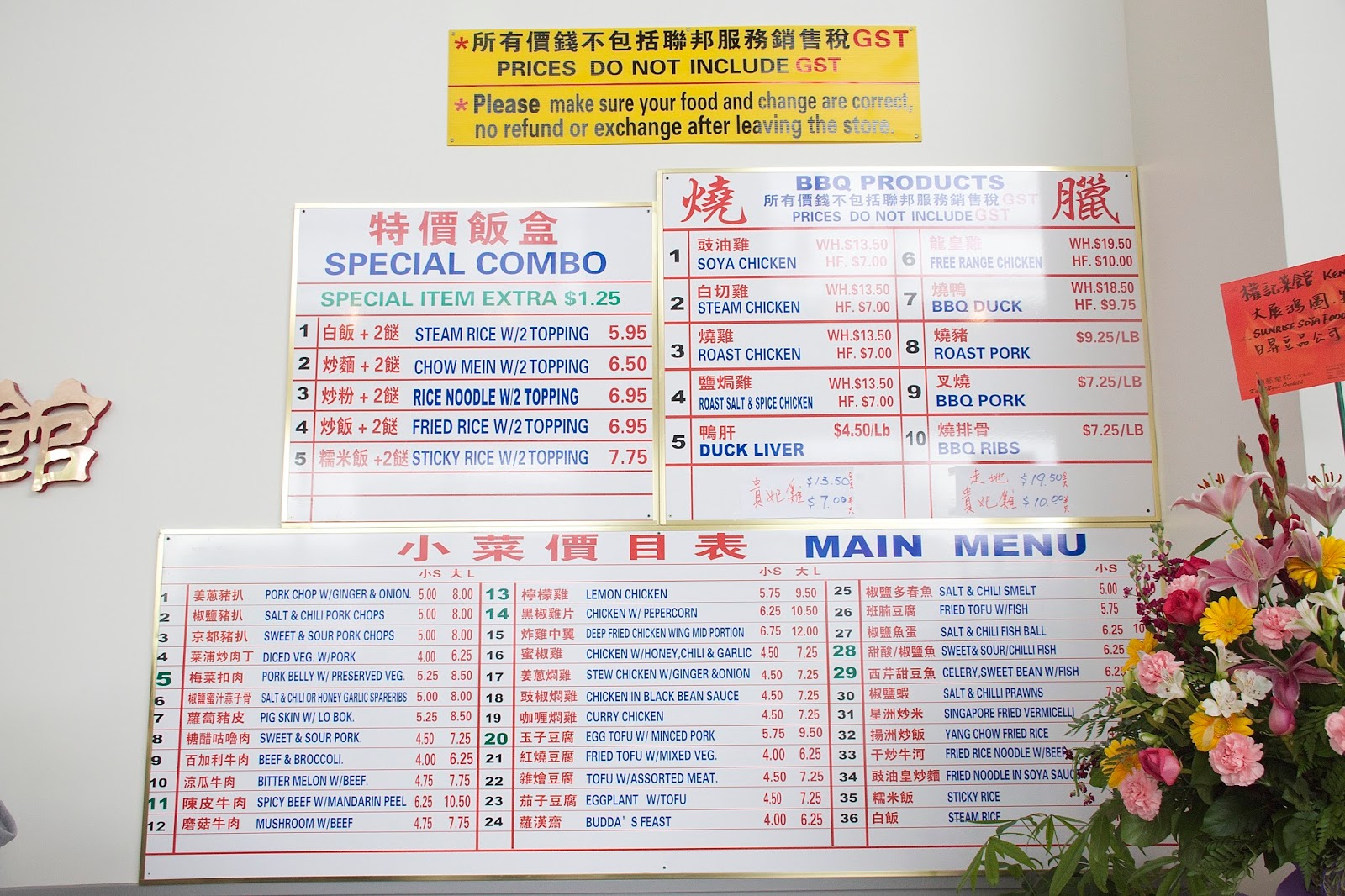 Their menu!! They even have Cantonese BBQ!! :D 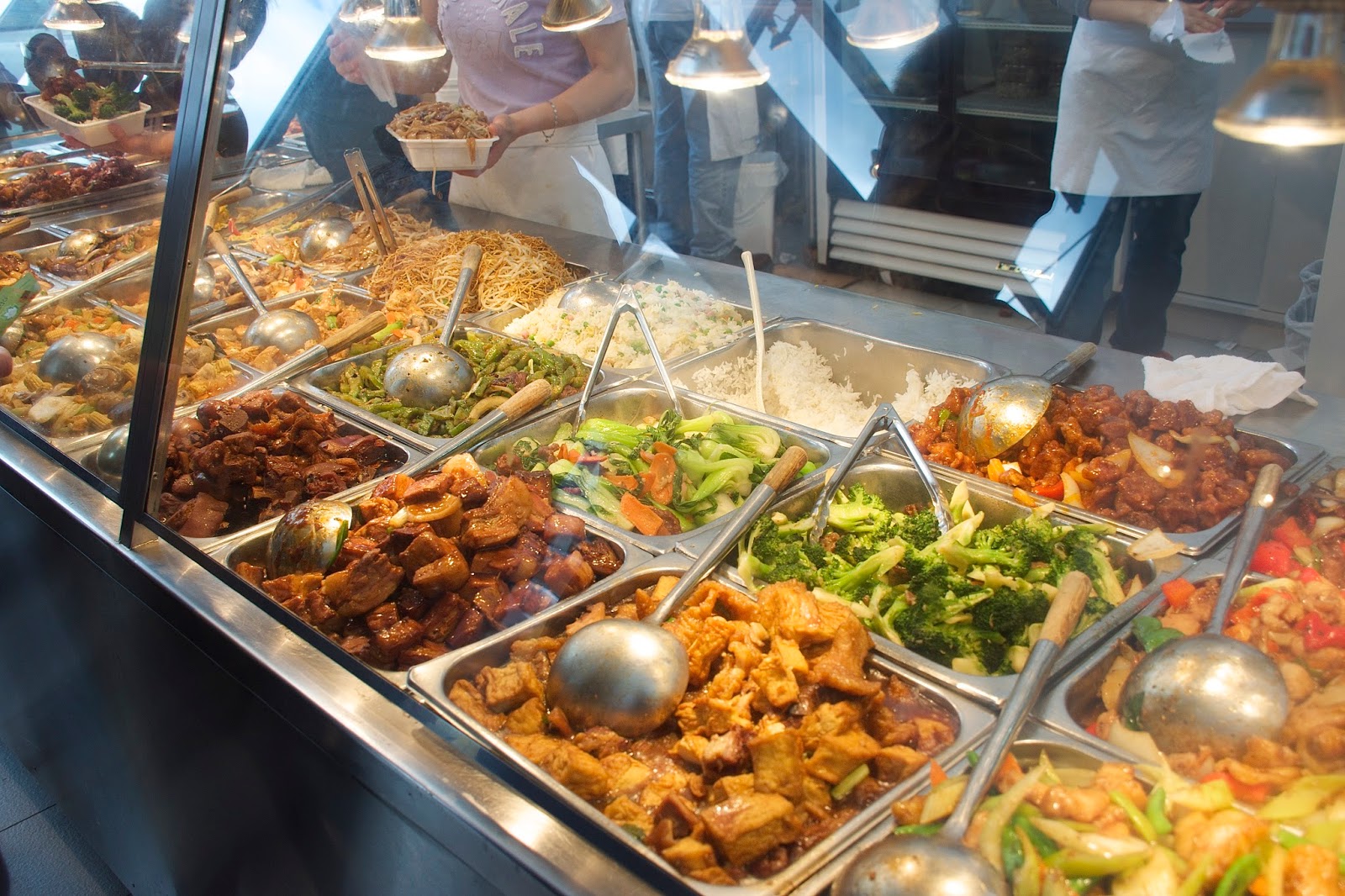