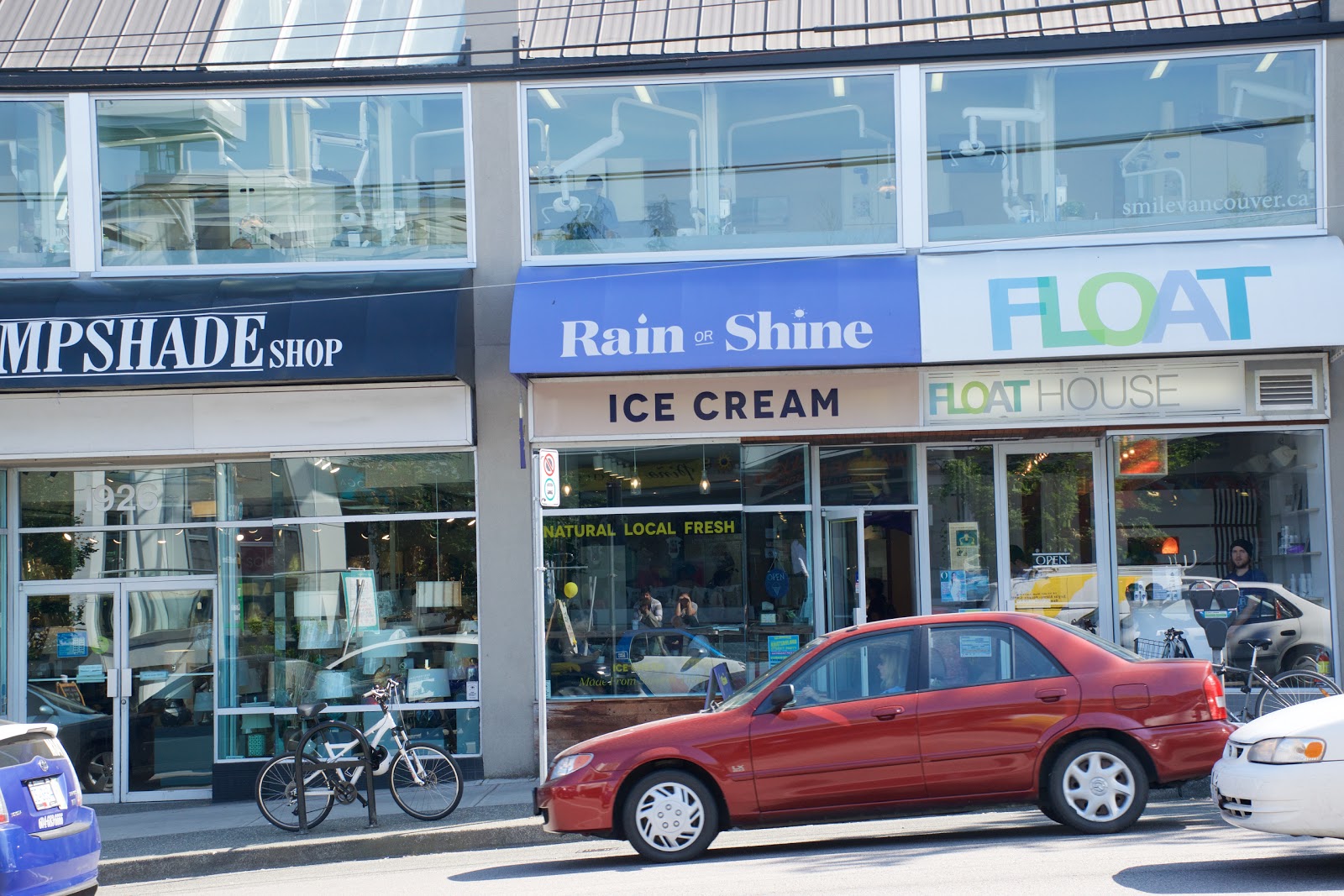 Rain & Shine might just be my new favourite place for ice cream hehe. And since it's so close to school - THINGS COULD GET DANGEROUS. Really dangerous.

I actually haven't had ice cream in SO long - it's been what, like 4 months? So since it was so hot  yesterday, how could I not go for some icecream? ;D

The reason why I love Rain or Shine so much is that - I'm not allergic to it LOL - because they use all natural, high quality ingredients!! The only places where I can eat ice cream in Van is R&S, Earnest, Bella Galateria, and Whole foods...I'm allergic to conventional/store bought ice cream because of all the added stabilizers/additives: modified milk ingredients, soy lecithin, etc.

Growing up I always thought I was allergic to fruit but turns out I was actually allergic to the pesticides on them haha, not the fruit itself!

Rain & Shine has two locations, I went to the one in Kits!! They have a large variety of flavours, their "Keepers" which are their permanent flavours, and their "Seasonal Flings" which changes all the time!! They also have this thing called Taco Tuesday, where you can get your ice cream made into a taco - with a waffle taco!! They also have sundaes and shakes - which I am so getting next time! :D

Random thing I just thought of: Am I the only person who likes eating half melted ice cream? I find that it's sweeter than eating straight up ice cream, because it doesn't numb your tastebuds. For the longest time I thought it was all in my head but turns out it's actually scientifically proven haha, ice cream does taste sweeter at room temperature! But I guess that would defeat the purpose of icecream, since it would just be a pool of liquid LOL! 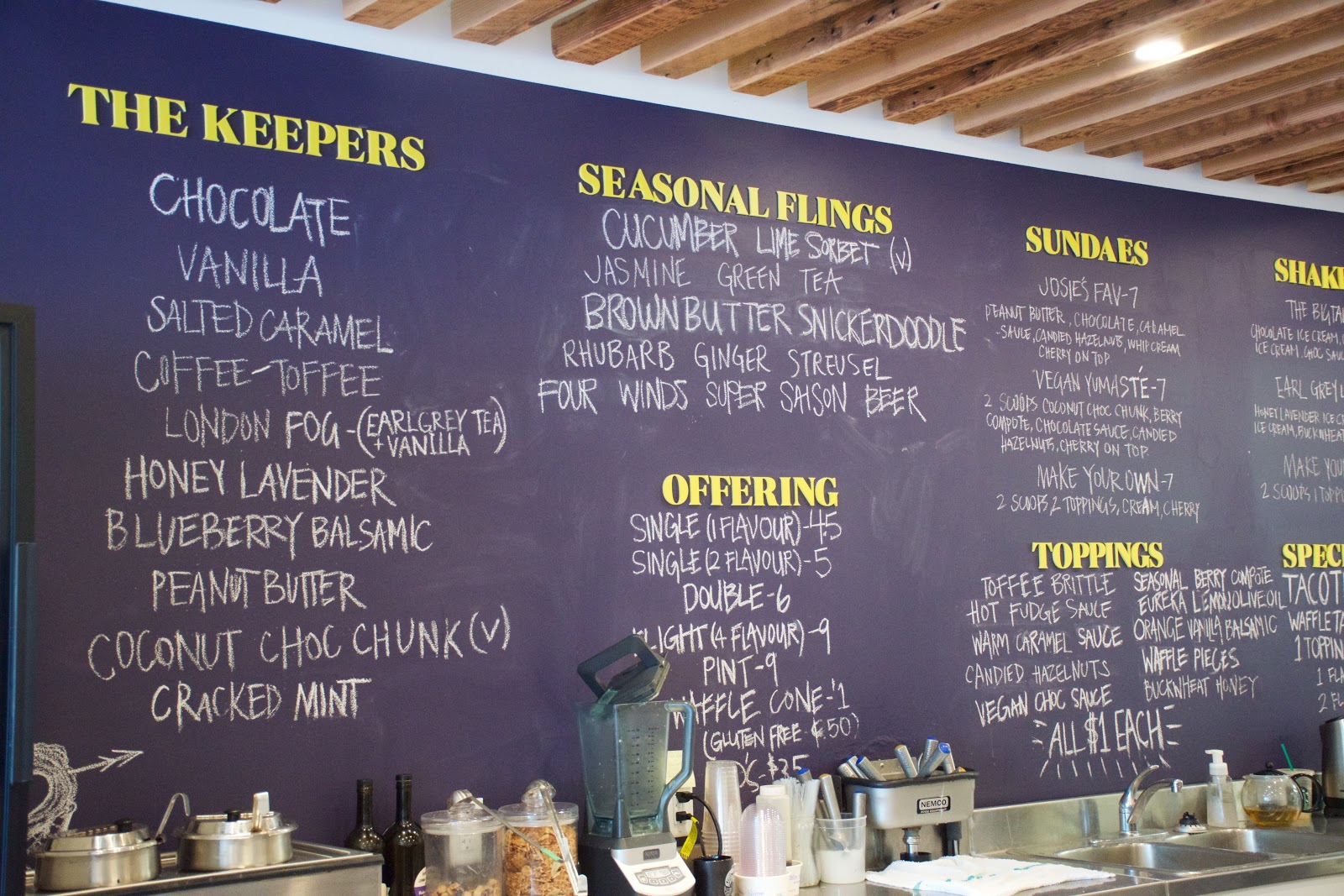 I am so getting one of their sundaes next time!! Or a taco hehe ;D 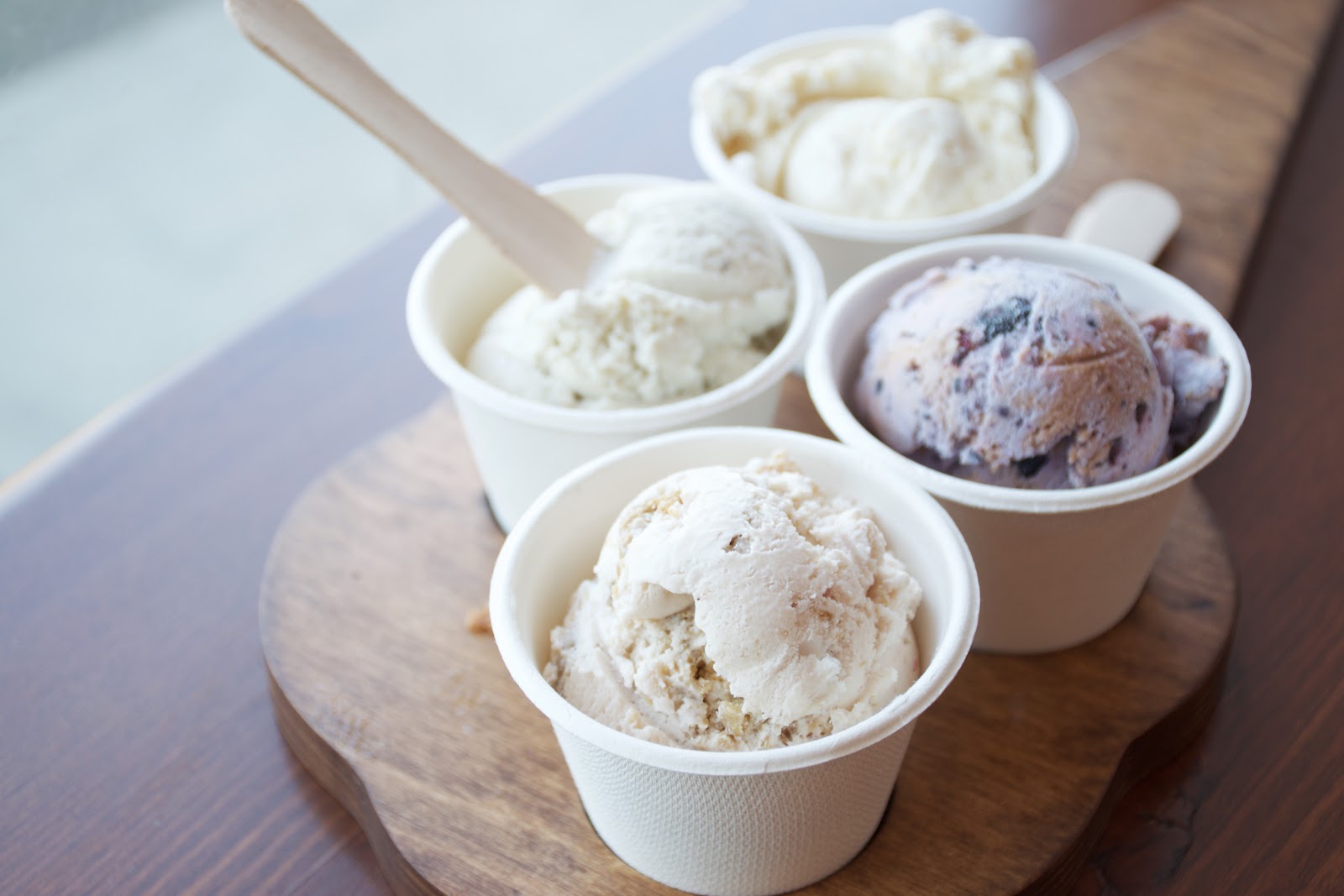 The rhubarb ginger tasted exactly like apple pie!! It had chunks of apple crumble in it - that tated like cinnamon!! :D It was the least sweet out of the bunch, the ginger/rhubarb flavour was really subtle because it gets overshadowed by the apple/cinnamon flavour!

The honey lavender was SO good. Definitely my favourite out of the bunch hehe. The lavender flavour was so strong and there was actually speckles of lavender in it!! It was purposely sweet but not overwhelmingly so - so I really enjoyed it! 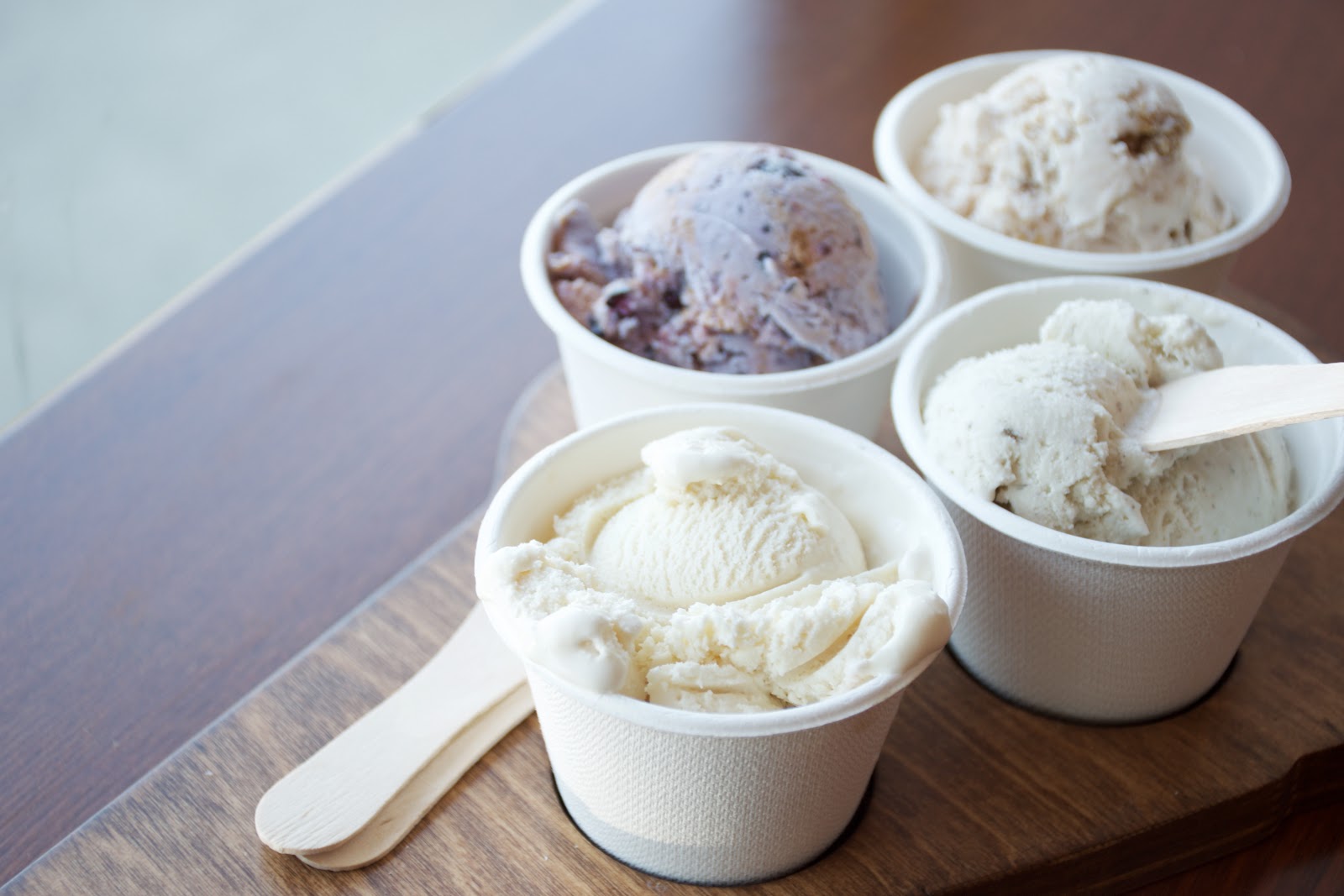 This tasted exactly...and I mean exactly, like SOY SAUCE lol!! At first I was like "Wow, this tastes so familiar!"....and then it dawned on me, it tasted exactly like yamasa soy sauce!! It did taste a bit like beer, but the soy sauce flavour was stronger. - it was really salty though. I actually really liked it because it was a combination of savoury/sweet flavours haha!! 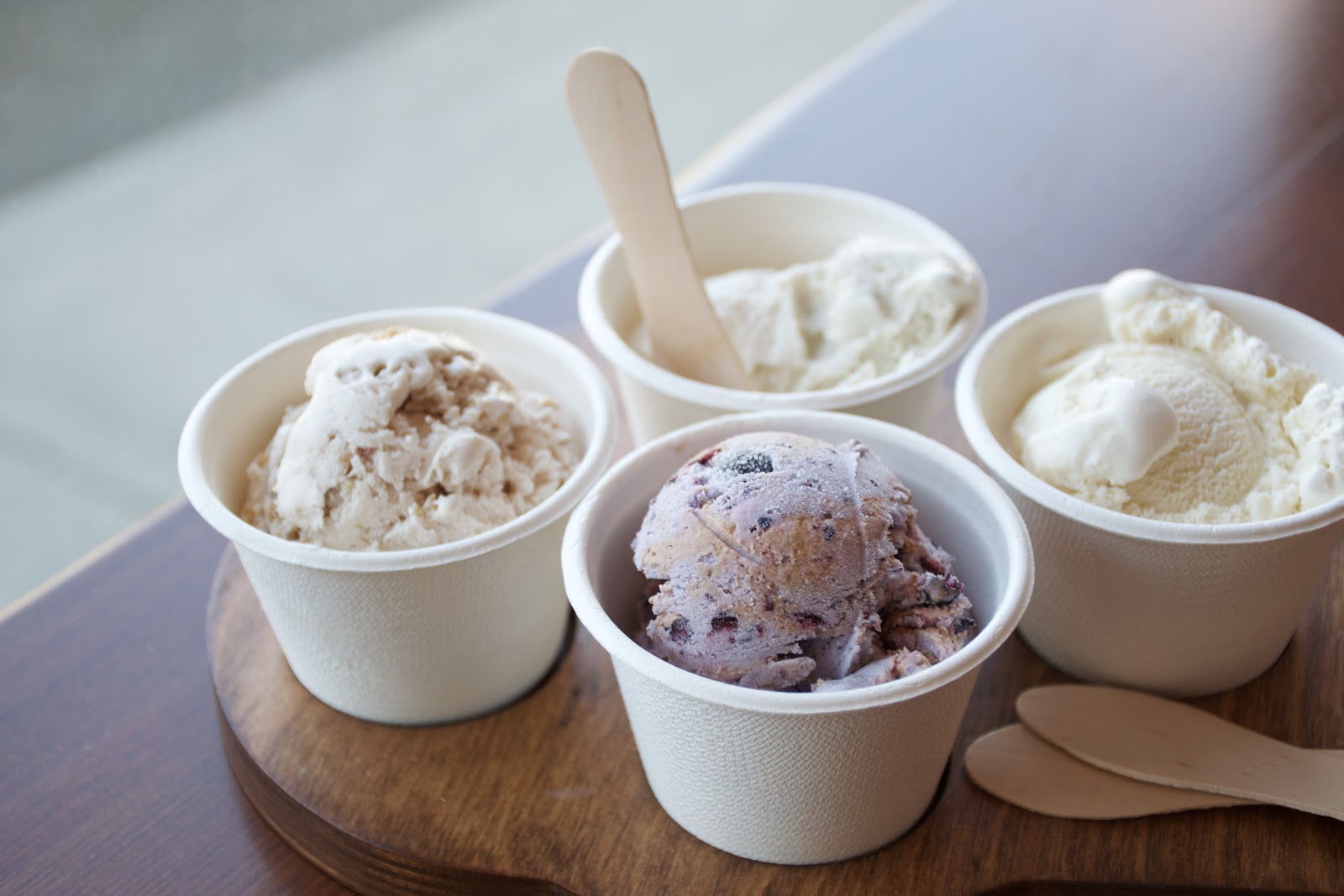 This is one of their most popular flavours!! The blueberry element was really strong - it really did taste like fresh blueberries!! The balsamic flavour was a bit weak though, and kind of faded into the background because the blueberry was so overwhelming haha. 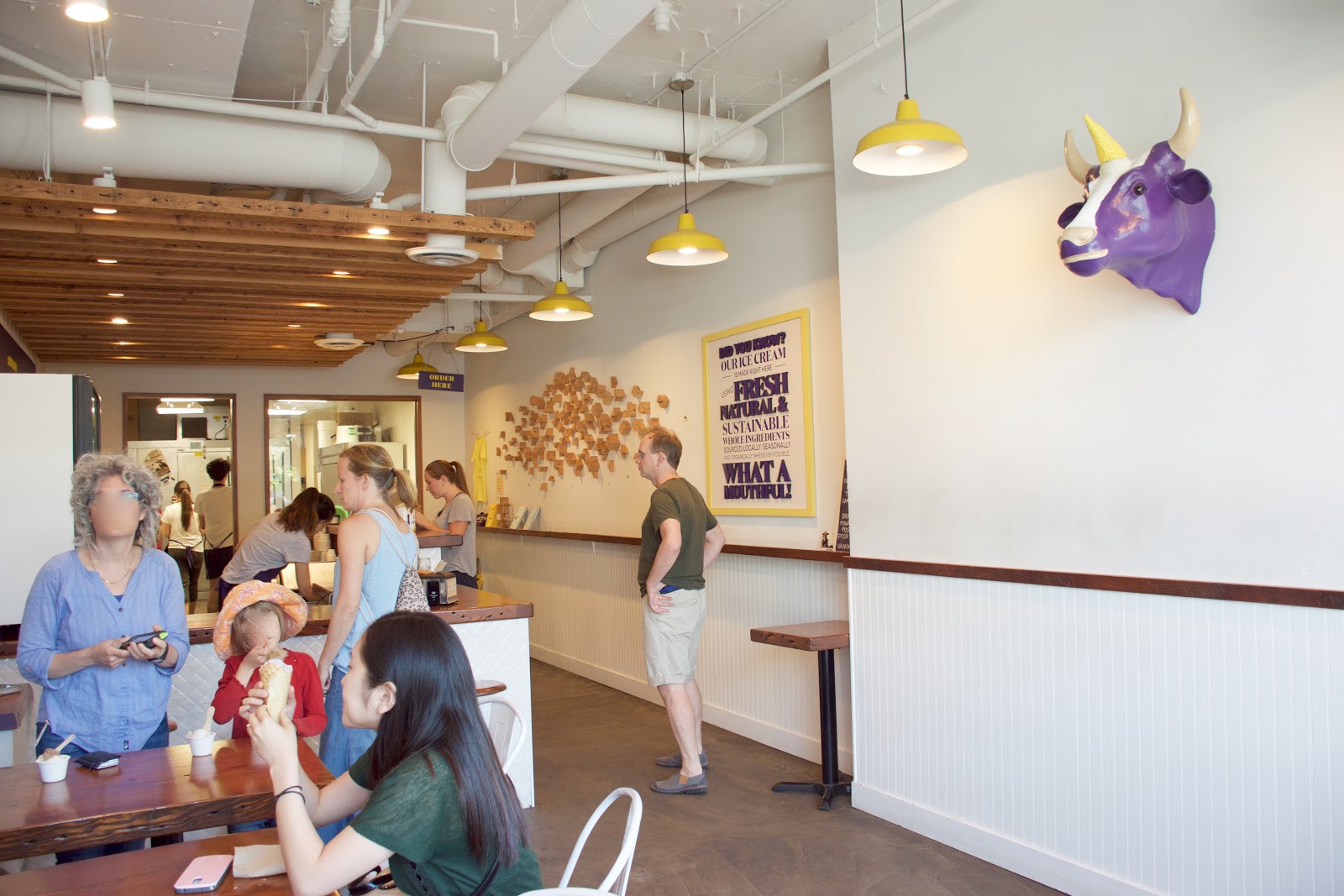