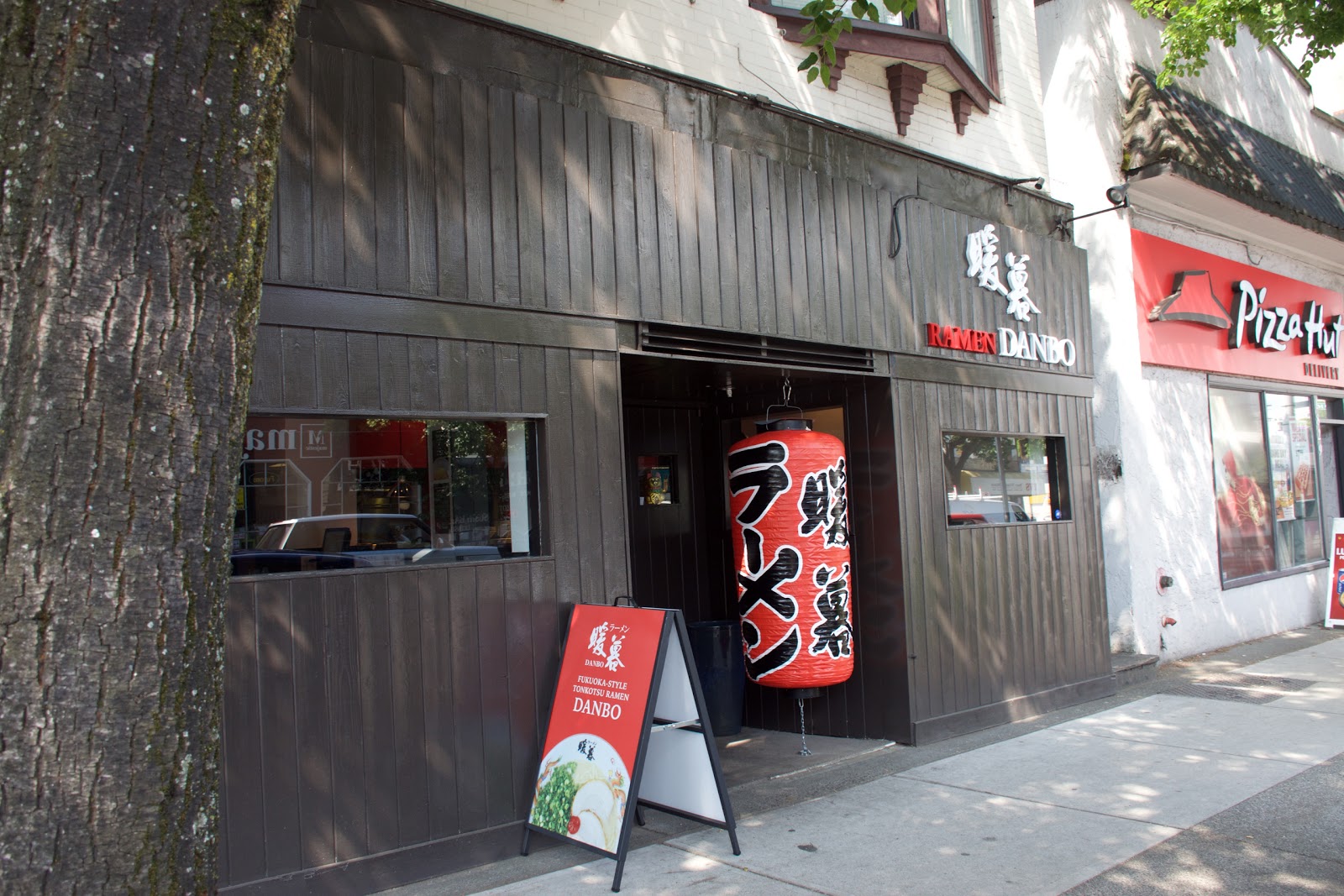 School makes me SO hungry. I swear I burn more calories studying then I do on the treadmill! After an hour of studying I'm already ravenous LOL. On the days that I go to school I eat twice as much as I usually do...like I did today hehe. I ate one ramen, one mentaiko donburi, and a charshu donburi!! And I was still hungry afterwards (is that normal?!) I was going to order a plate of gyozas, but I didn't want to spend anymore money haha!!

After my class in the morning, I went to Ramen Danbo for lunch!! Danbo is the newest contender to Vancouver's ramen scene- it's located in the heart of Kits, so I had the time to check it out during my break, because it's just a short 20 min bus ride from school! Ah yes - nothing like some ramen to fuel me during 3 hour long lectures! :D

Danbo hails straight from Japan, with 20 locations, but this is their first outside of Japan!! Hopefully they expand to more cities across NA!!

The portion sizes at Danbo are on the smaller size, so don't expect Kintaro sized ramen - the bowls were so tiny haha!! Most people ordered a side dish or their kadema (extra noodles!) because the ramen itself isn't filling enough!

Don't forget to ask for a stamp card, and a coupon, which entitles you to one free serving of kadema, gyozas, or one free soft boiled egg on your next visit!

You can customize your noodle firmness, thickness of the broth, amount of lard, the spiciness!! I went with firm noodles, and standard for everything else! 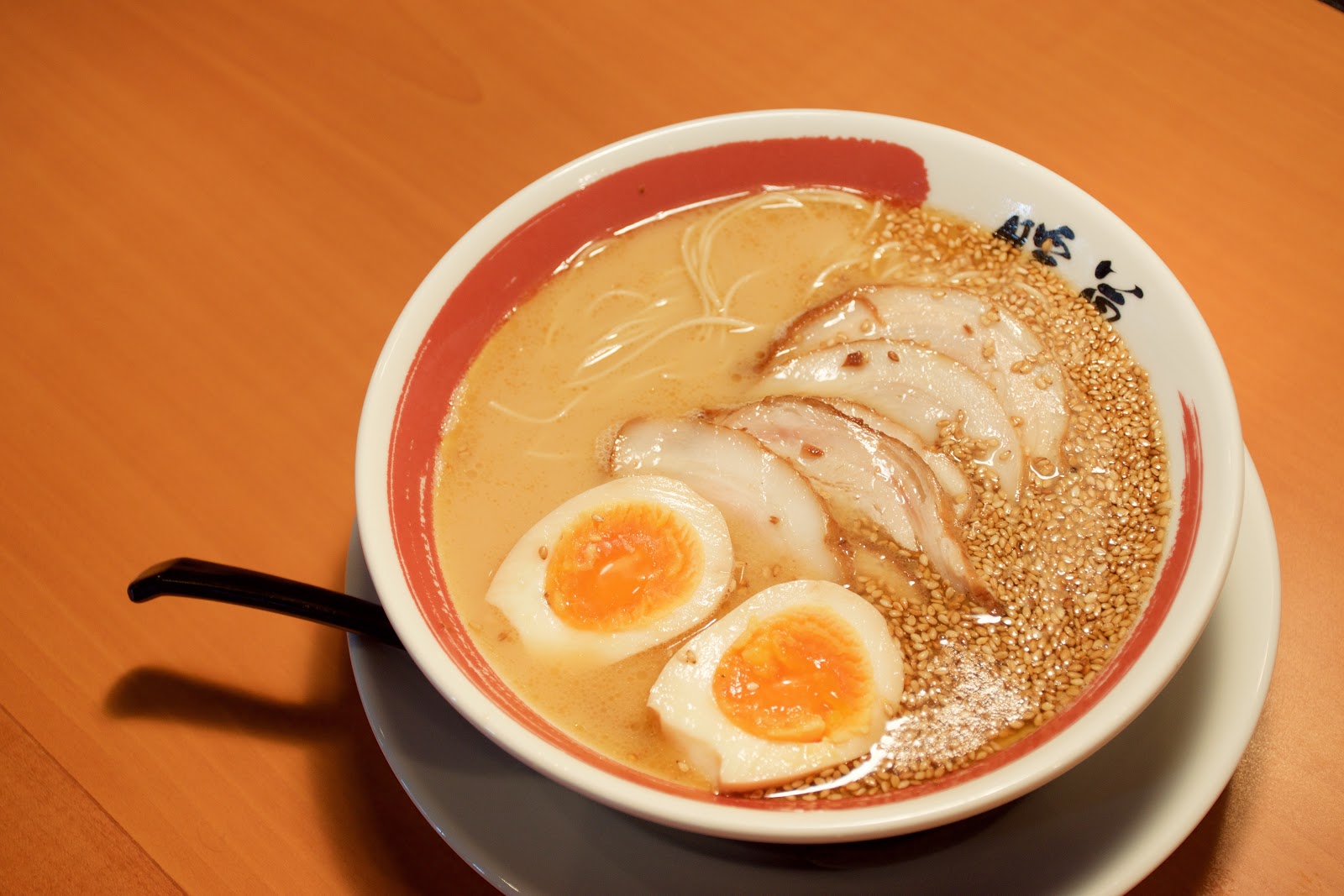 The ramen was solid!! The white sesame broth was delicious - super fragrant, with a really strong sesame flavour! The tonkatsu flavour definitely stood out . The noodles are fukuoda style - so they're thinner, paler in colour - similar to chinese noodles! The texture is different too, it's less bouncy, and has more of a bite. I ordered my noodles firm - but they came out more standard then firm, but it wasn't a big deal! I asked for my scallions + hot side on the side because I like controlling how much I put in there haha.

I got 3 extra pieces of charsiu because I love my fatty meat hehe - and I glad I did, because the pieces were pretty small - 3 definitely wasn't enough! The char siu was tender and full of flavour - I just wish it wasn't sliced so thin!! The egg was okay - it was properly cooked but there wasn't much flavour to it, like it hadn't been marinated long enough. 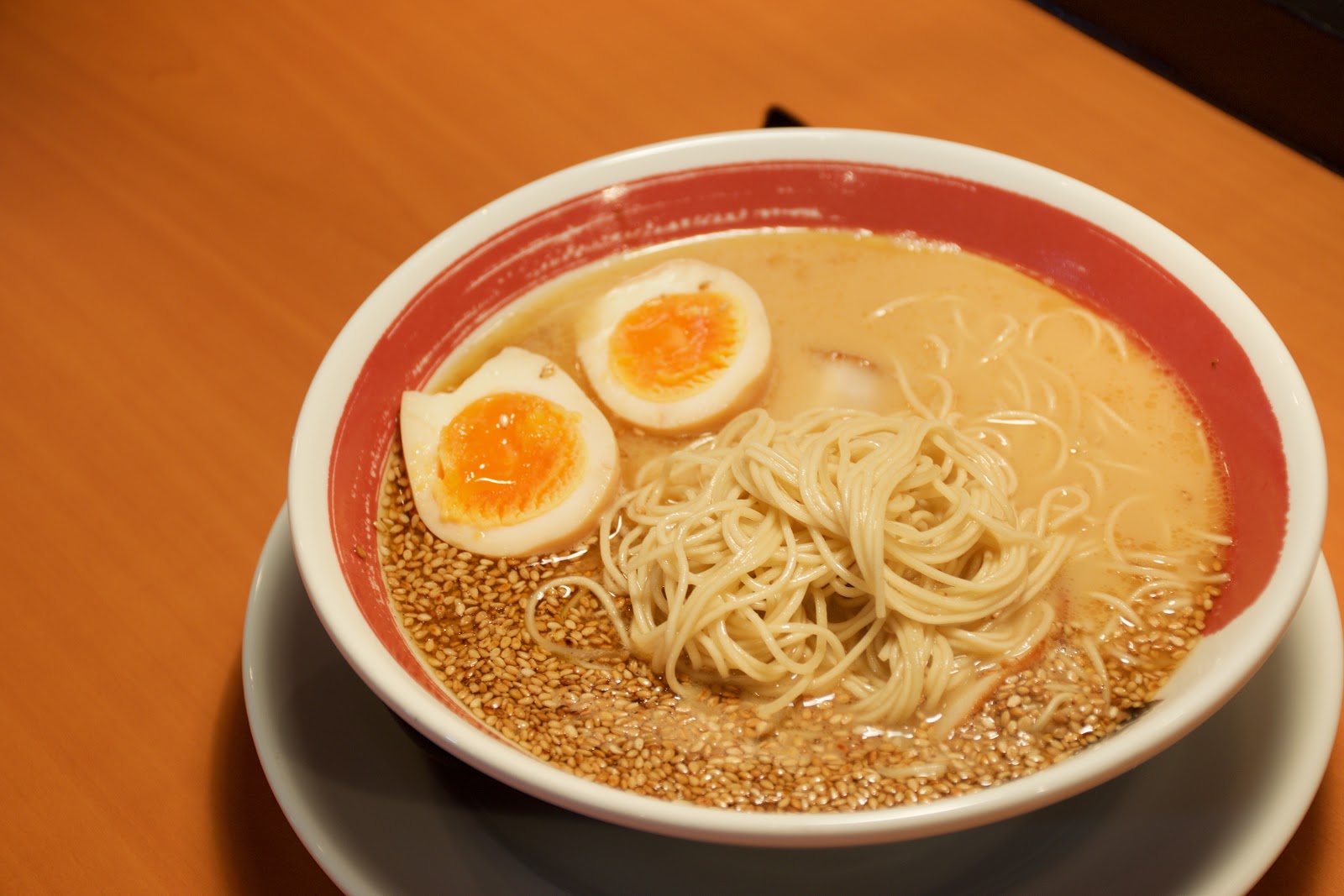 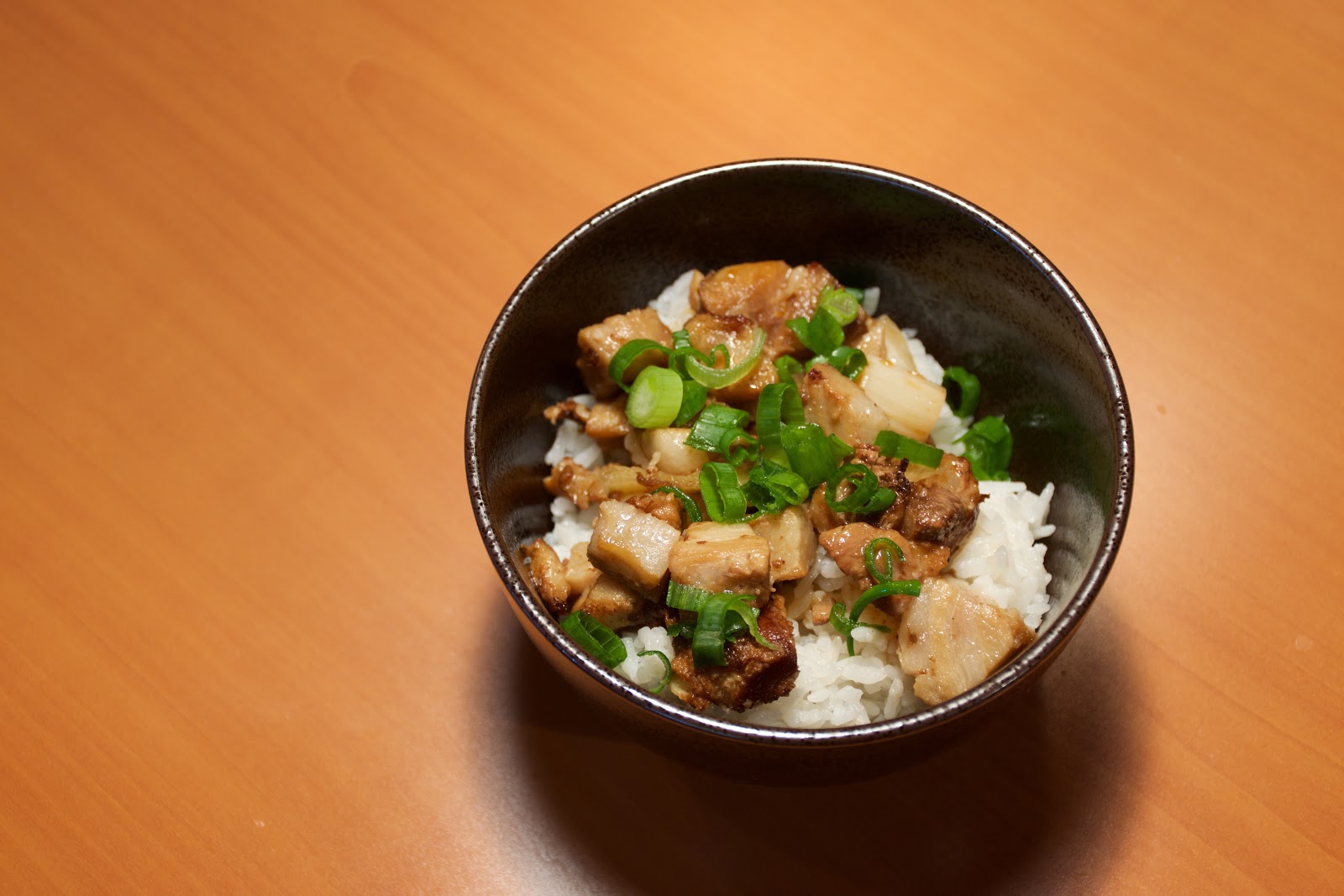 This was pretty good! The charshu was moist and full of flavour, and mixed with the green onion, it was delicious! There was a nice mixture of lean and fatty meat, albeit being a bit on the dry side.  and The charshu was slightly seared on the side though which resulted in a nice smokey flavour. The rice was chewy and the grains were separated! 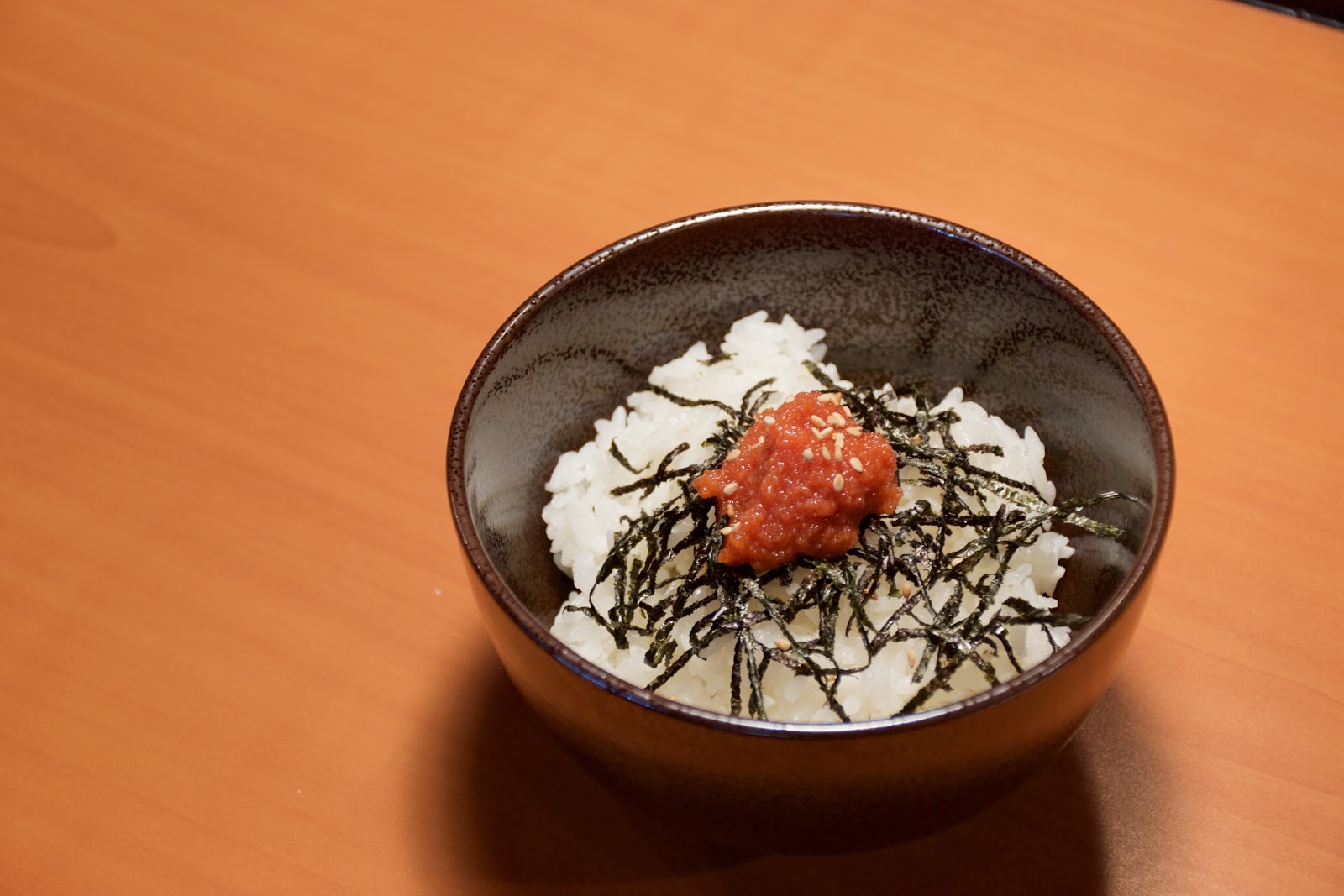 Spicy Mentaiko Donburi $3.50
3/5 stars
This was served with a small dallop of metaiko (spicy cod roe) and seaweed on top! The mentaiko actually wasn't spicy at all haha! The seaweed added a lot of flavour and made the whole thing really fragrant!! If you like stronger tasting dishes you may not like this, because it did taste really light (borderline bland) but I really enjoyed it! :D 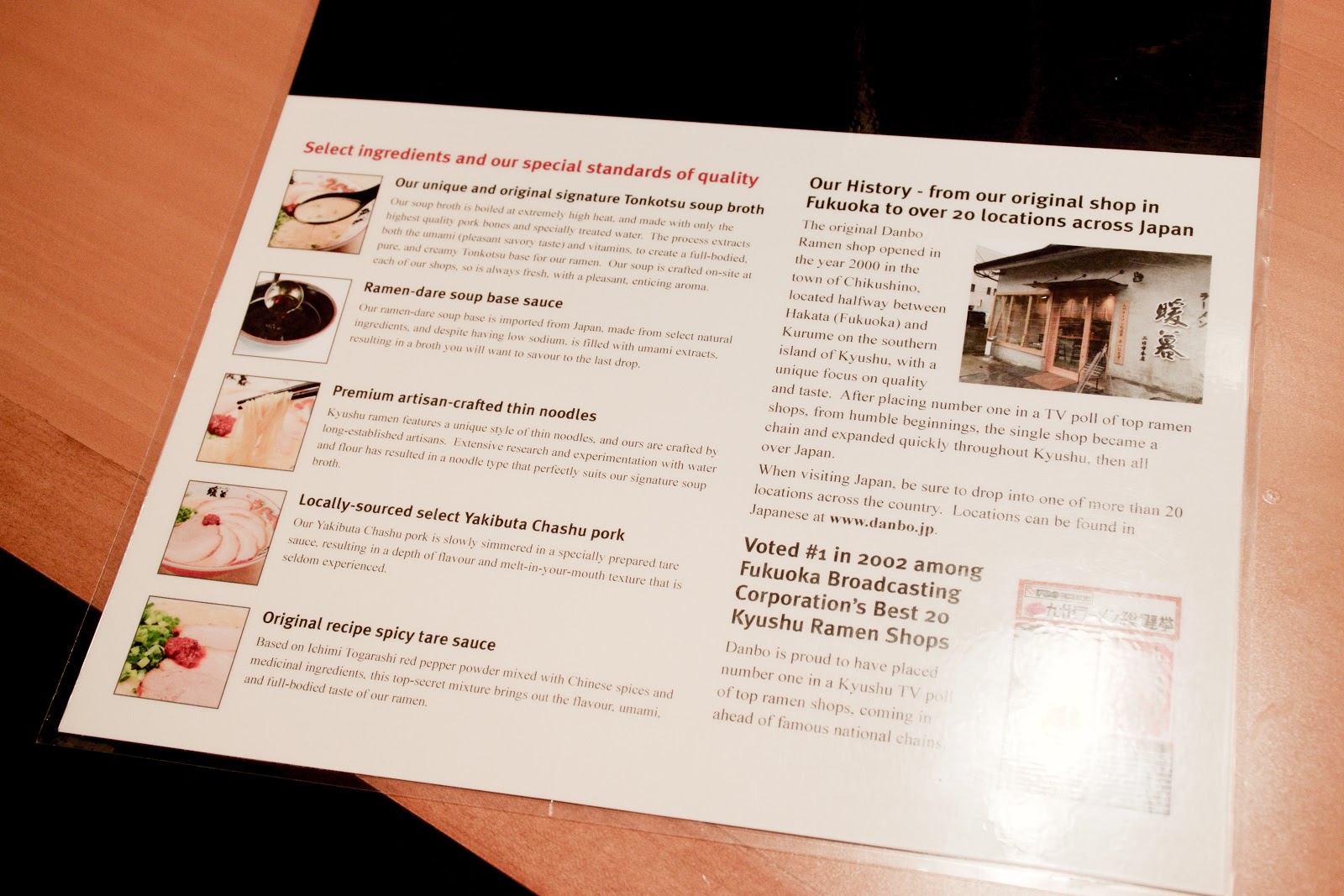 A breakdown of all their ingredients, and a bit of history! :D 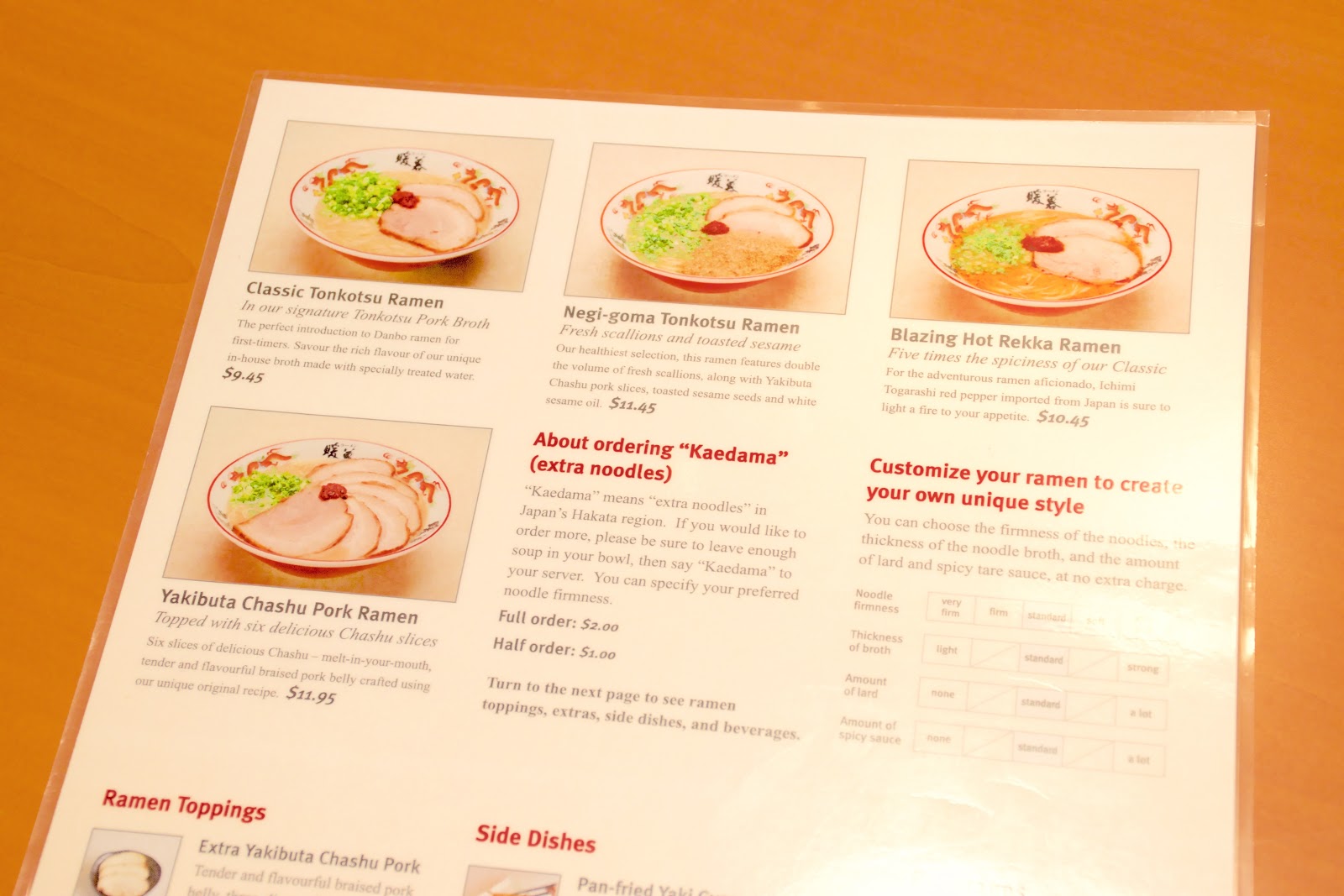 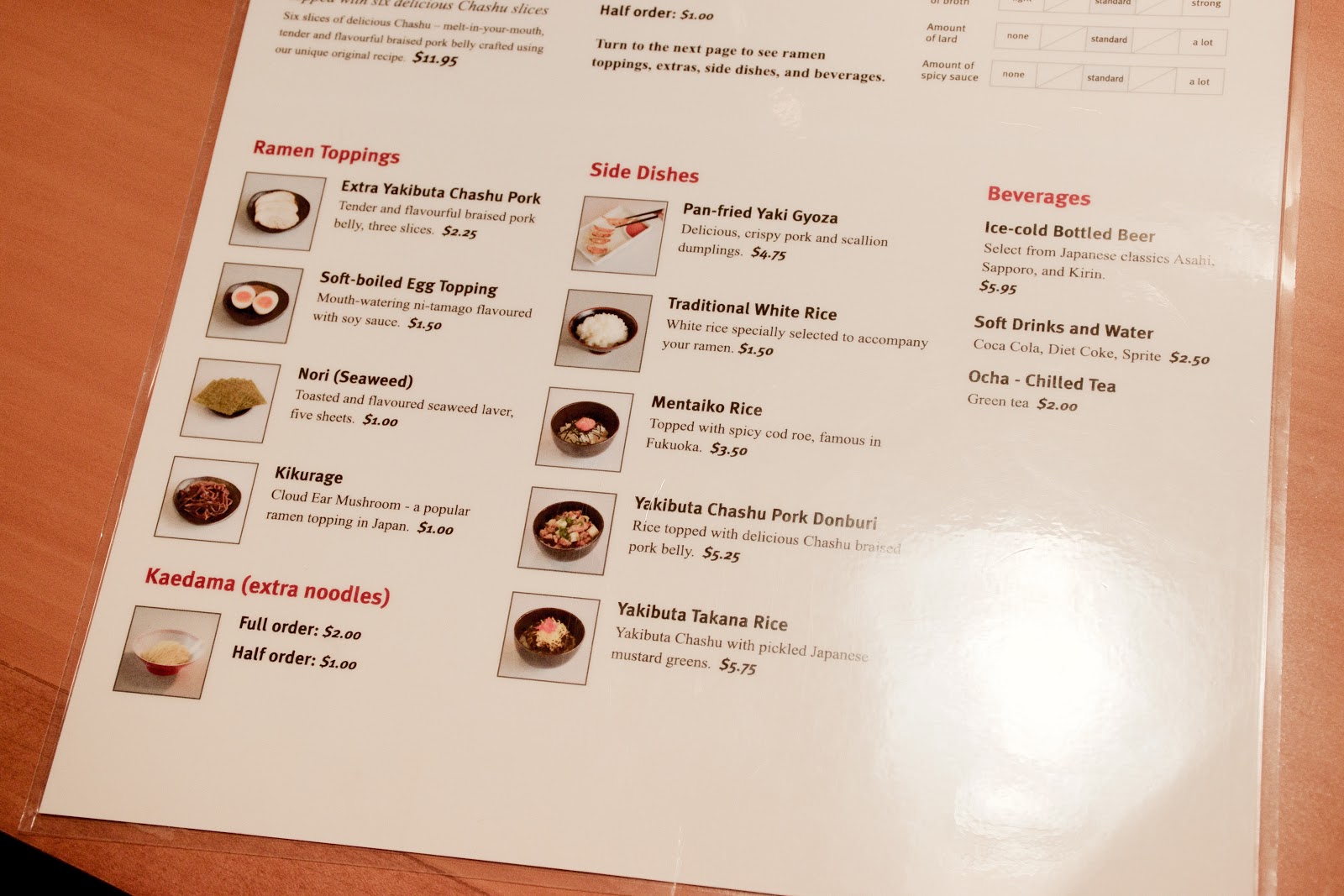 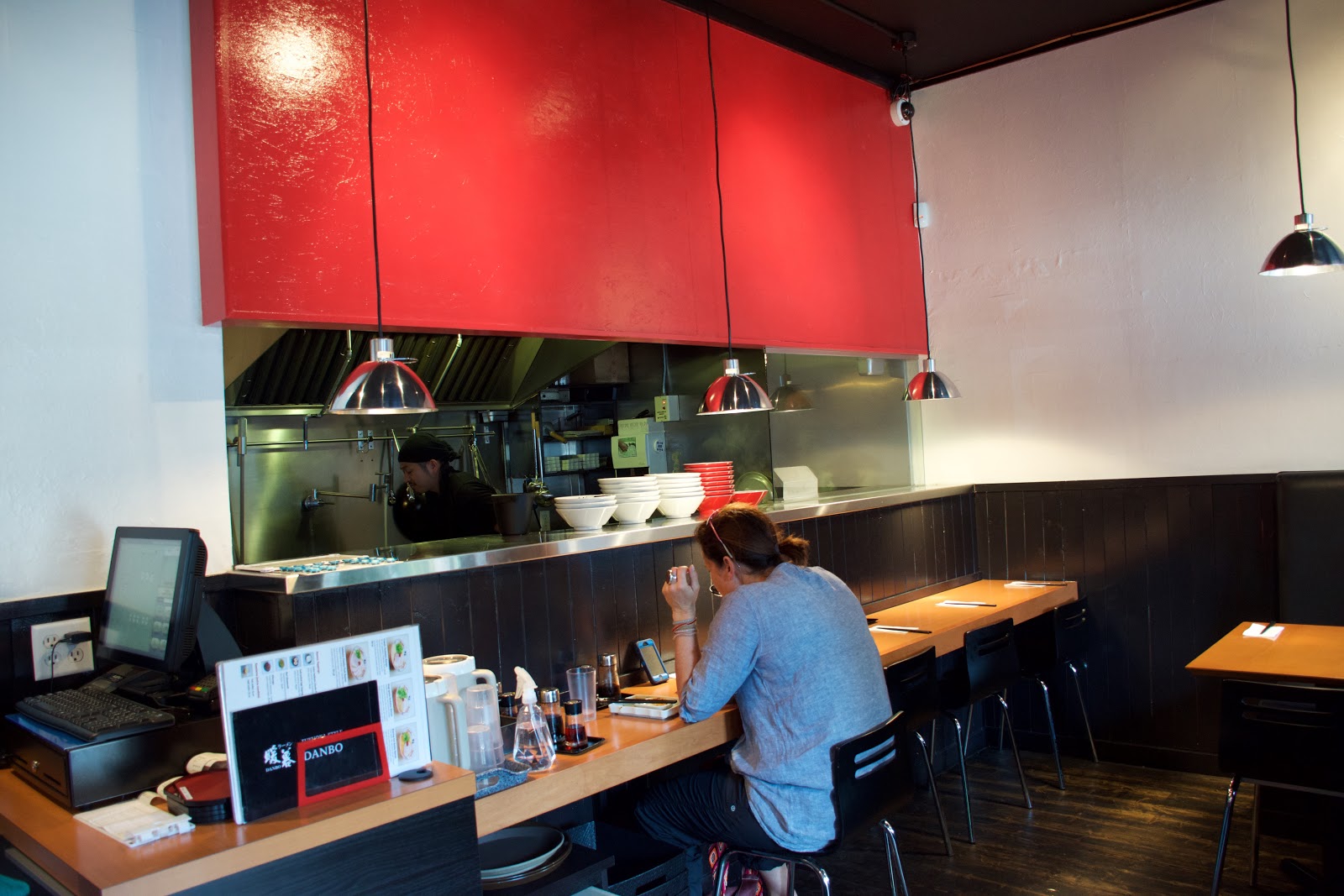