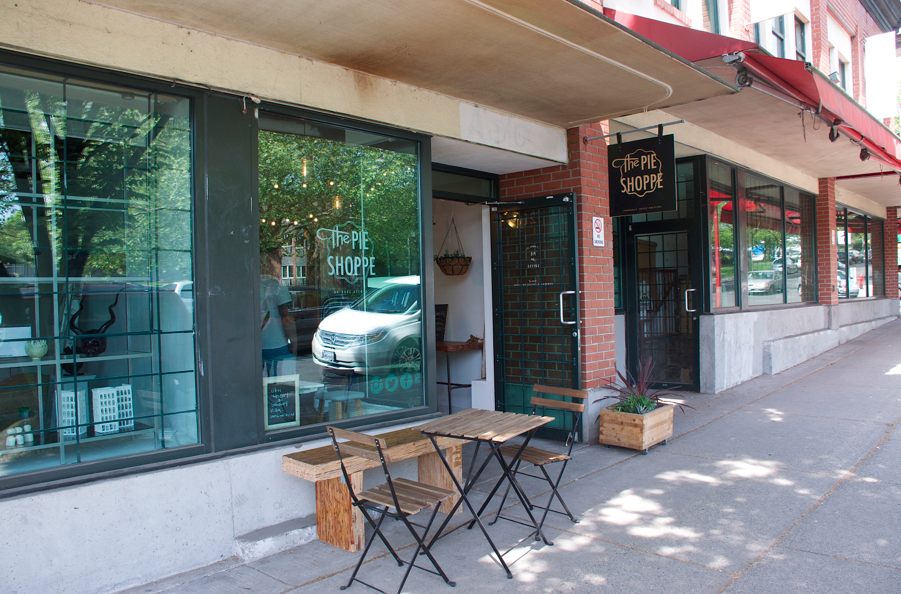 I went through a serious pie eating phase in 9th grade. I would go through 3-5 apple pies or 3 boxes of strudels in a week. Granted, it was the crappy kind from save on foods LOL!! Hey, I thought it was pretty good back then ;)  (And ignorance is bliss right?)

Well, I've since developed a more "refined palette" (not as refined as some of you out there though lol!!) and I've outgrown my obsession with store bought pie!! ;)

Come to think of it, I haven't had a slice of "proper" pie in SO long. Seriously, the last time I had pie was at Denny's, pumpkin pie (my dad wanted to order it okay LOL!!) And yea...it wasn't that great, as you can probably imagine.

Ive passed by the Pie Shoppe in Chinatown on one too many occasions with a full stomach, but after eating at Finch's yesterday my mom and I were still hungry - so we decided to share a slice of pie before heading the Golden Wheat for moree food!! (We're such pigs.)


The Pie Shoppe is seriously too cute!! It's tiny, probably no more than 300 sq ft!! Two girls were making fresh pie when we walked in - and it smelled lovely! They usually have a selection of 5-7 flavours - and they have whole pies displayed at the front. Like most dessert places you can buy just a slice or an entire pie!! :D

After much contemplation, my mom chose the buttermilk cherry, and we had a swell time eating pie outside (until a mysterious odour infiltrated our nostrils LOL!) 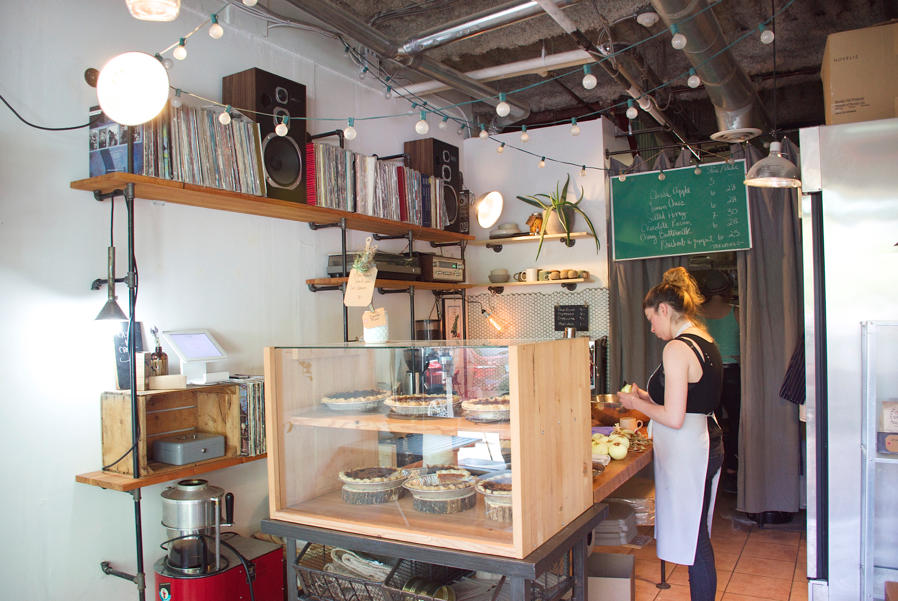 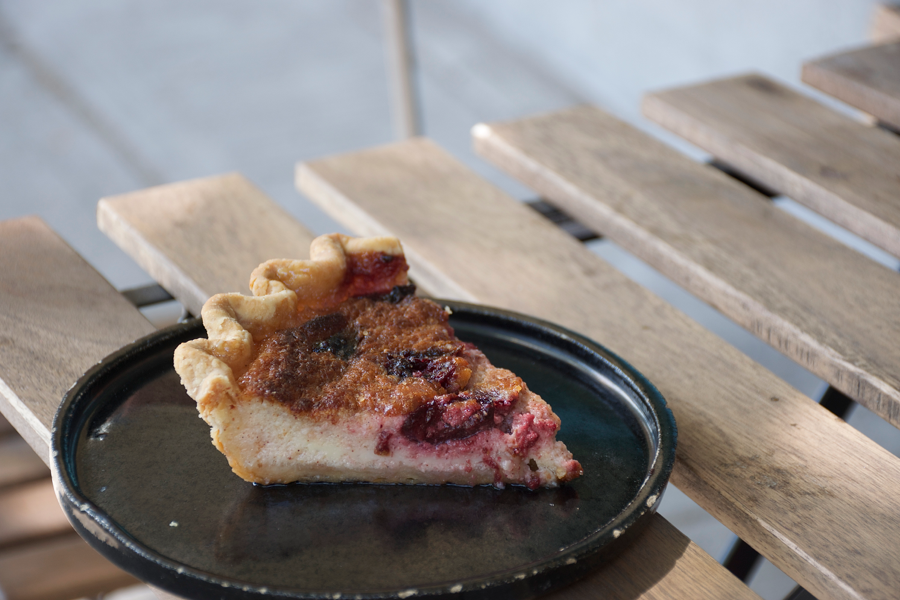 Buttermilk Cherry Slice $6.50
Served warm!!
4/5 stars
I read in a few reviews that the pies are served cold, so we were delighted when our pie was brought out to us - still warm!! The exterior was incredibly crumbly, and the inside was really soft (but not mushy) The buttermilk flavour was very strong - almost overpowering, but my mom seemed to really enjoy it haha!! The cherry wasn't too tart and the flavours were very balanced - and the pie was the perfect sweetness!! :D 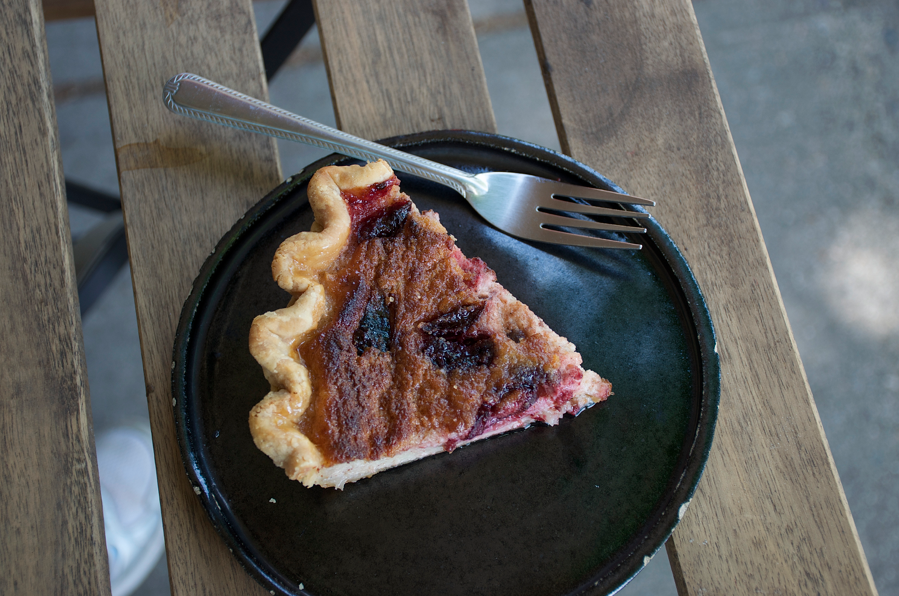 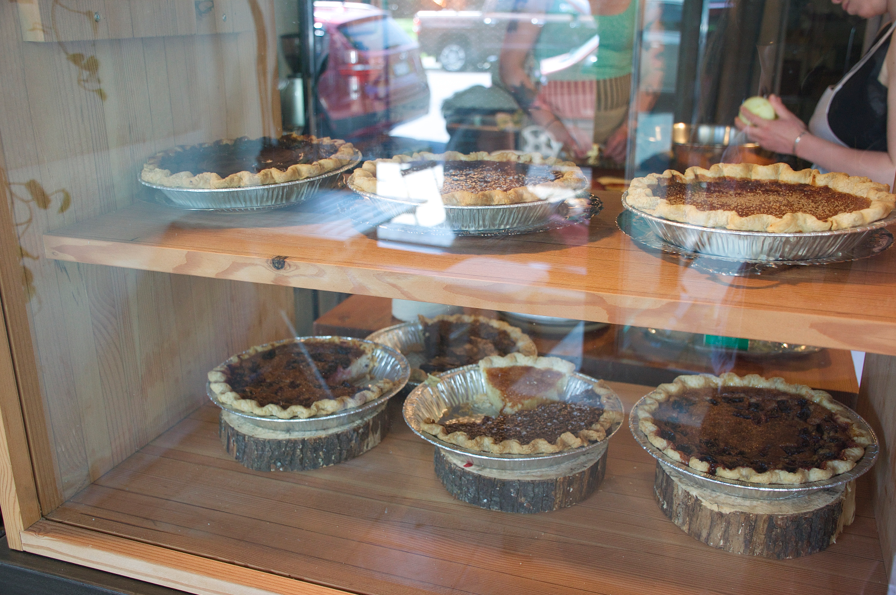