Today I was totally in the mood for some greasy diner food hehe. And to be specific: toast, sausages, and french toast!! I was doing some shopping along granville, so I went to the Templeton for a late brunch (they serve brunch until 3 pm!)

The Templeton is a hot spot in Granville's entertainment district for brunch, milkshakes, and vegan burgers!! They serve up classic, no fuss diner fair - they also have amazing organic/vegan dishes (vegan poutine anyone?) ;D  There's always a lineup, so you'll probably have to wait 30+ mins for a table haha - I overheard the waitress telling someone that they only have one cook in the kitchen, so the wait for food can be anywhere 20 - 30 mins!!

When I was eating a older lady came in (she looked about 60) and she was like "I'm been eating here since I was a little girl!!" Woah haha - has the Templeton really been here for that long? :D

For some reason I felt like ordering coffee today - and I rarely drink coffee LOL. And for some reason I ordered it black LOL. I'm not big on adding milk/cream/sugar to my coffee, though I do enjoy a latte once in a while. I feel like adding too much cream masks the actual flavour of the coffee.

I was really hungry - so I ordered the Big Ass Breakfast (lol at the name!!) Yea, it wasn't as big as I was expecting. It was actually pretty tiny. I was still hungry after finishing it hehe. Even though it was really calorie dense I still felt really light after eating it!! :D 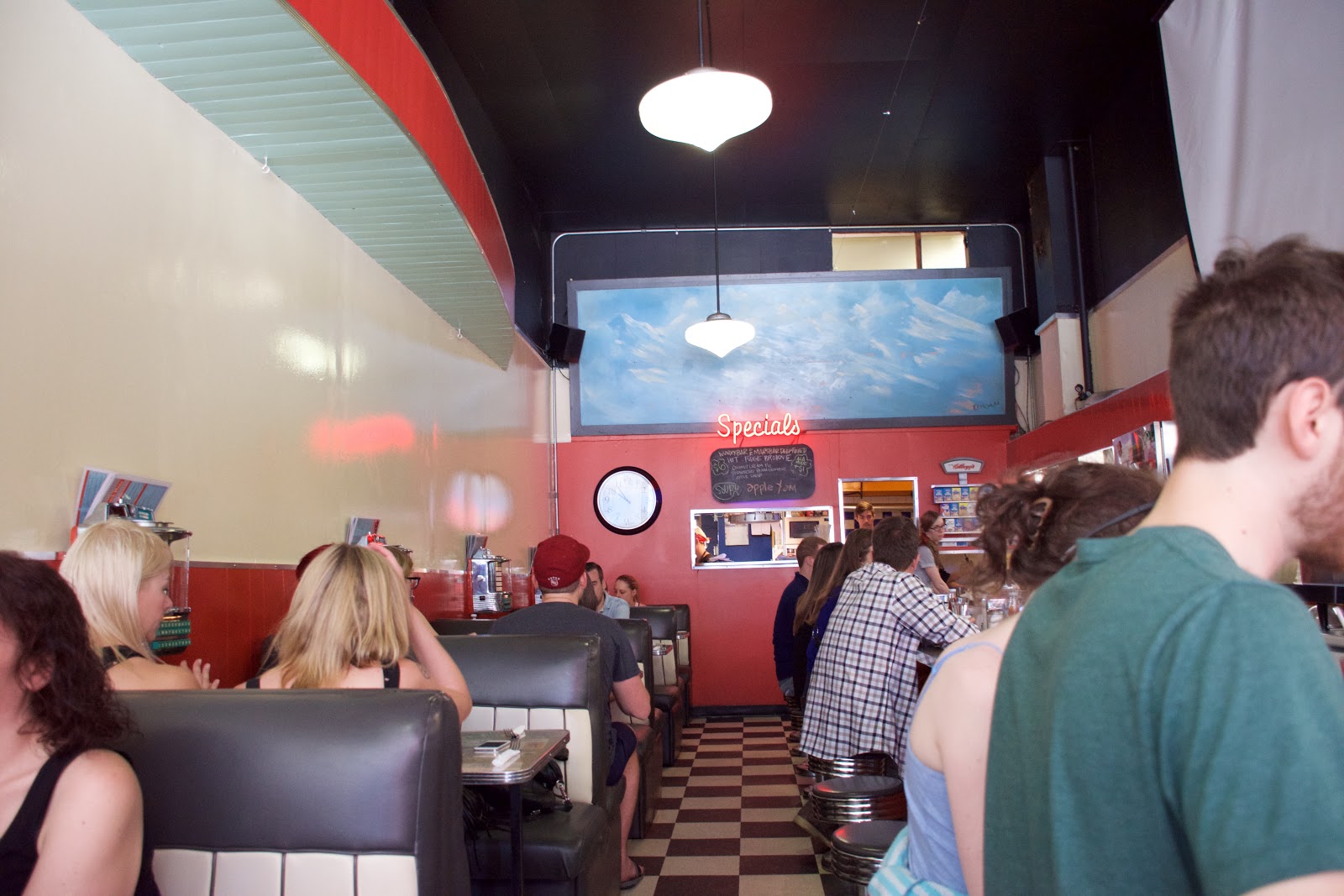 The inside of the Templeton is really cool - it's retro looking and has that cute diner vibe going on!! They have mini jukeboxes at each table - if you put a quarter inside you can listen to a song!! How awesome is that? Too bad I wasn't seated at a table lol!! :D 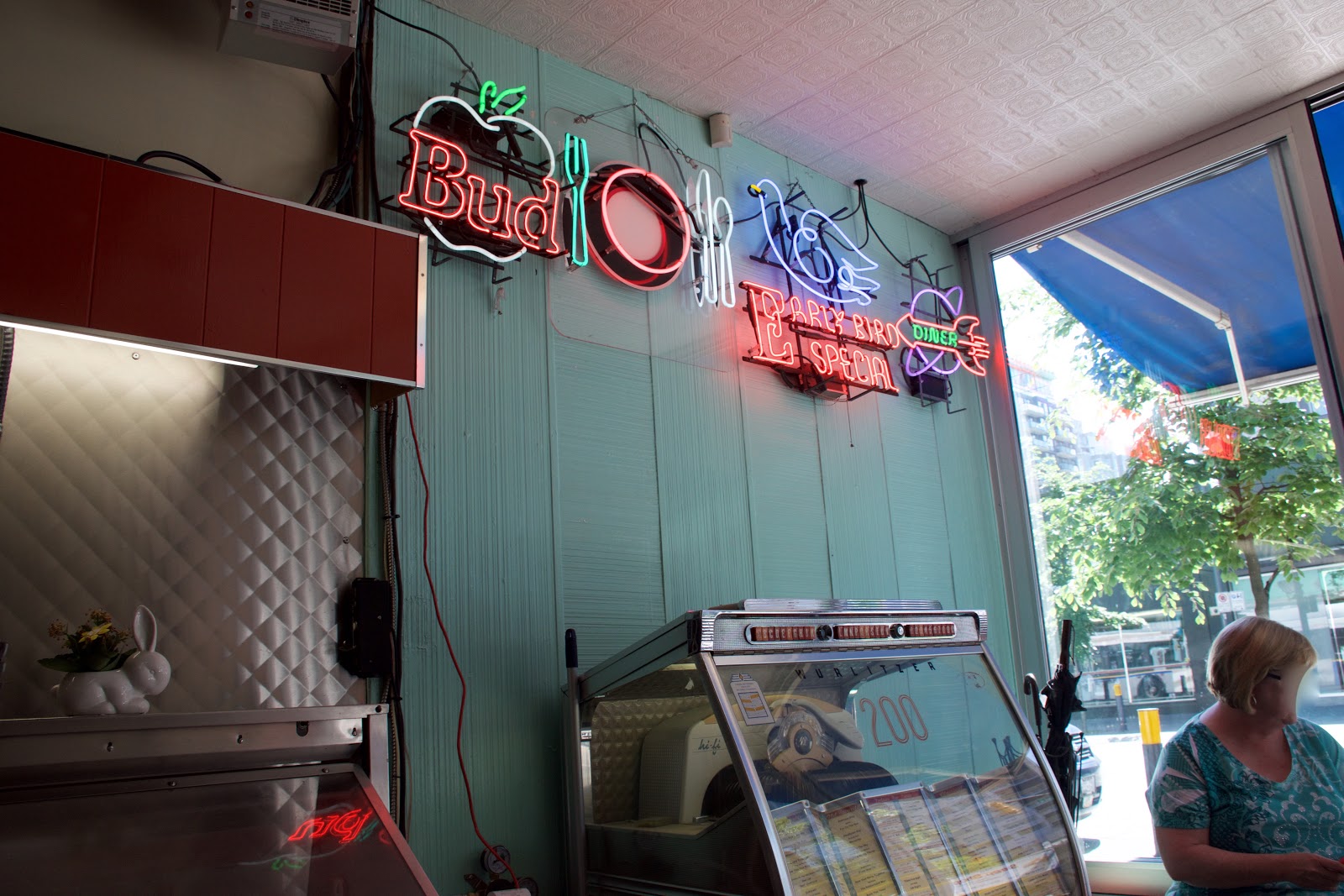 You can view their menu here: templeton.ca/?page_id=2 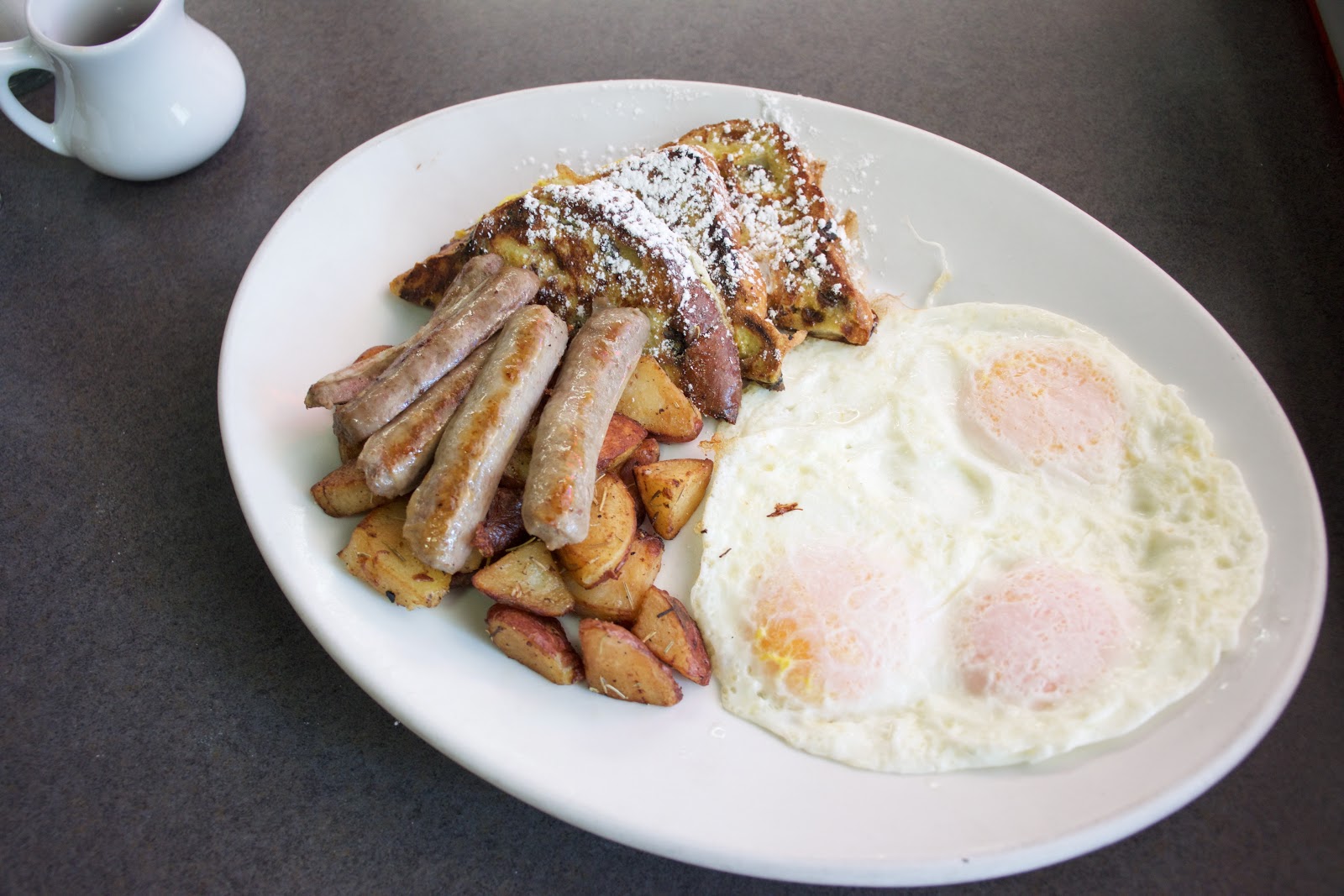 This was okay - it didn't really live up to all the hype. The french toast was kind of dry and really dense - it wasn't fluffy at all! The cinnamon flavour was pretty subtle so maple syrup was definitely needed.

The rosemary potatoes were pretty average as well, they tasted pretty bland even with the rosemary on top, so I had to salt it a bit - and I hate salting my food! They weren't very crispy either, the skin was actually a bit soggy. The turkey sausage was probably the best thing on the plate, it was relatively juicy with a light turkey flavour, but it was a bit oily. 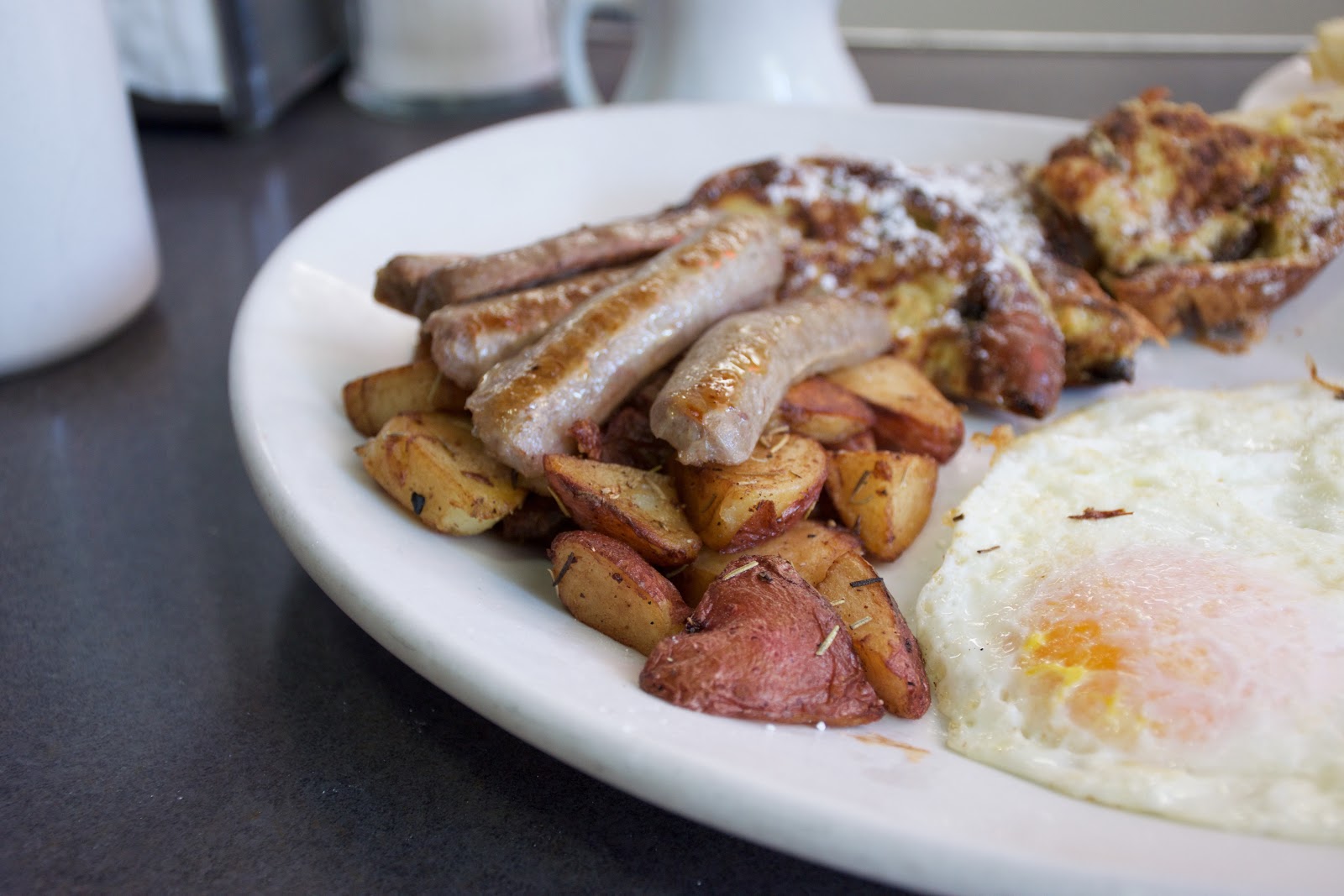 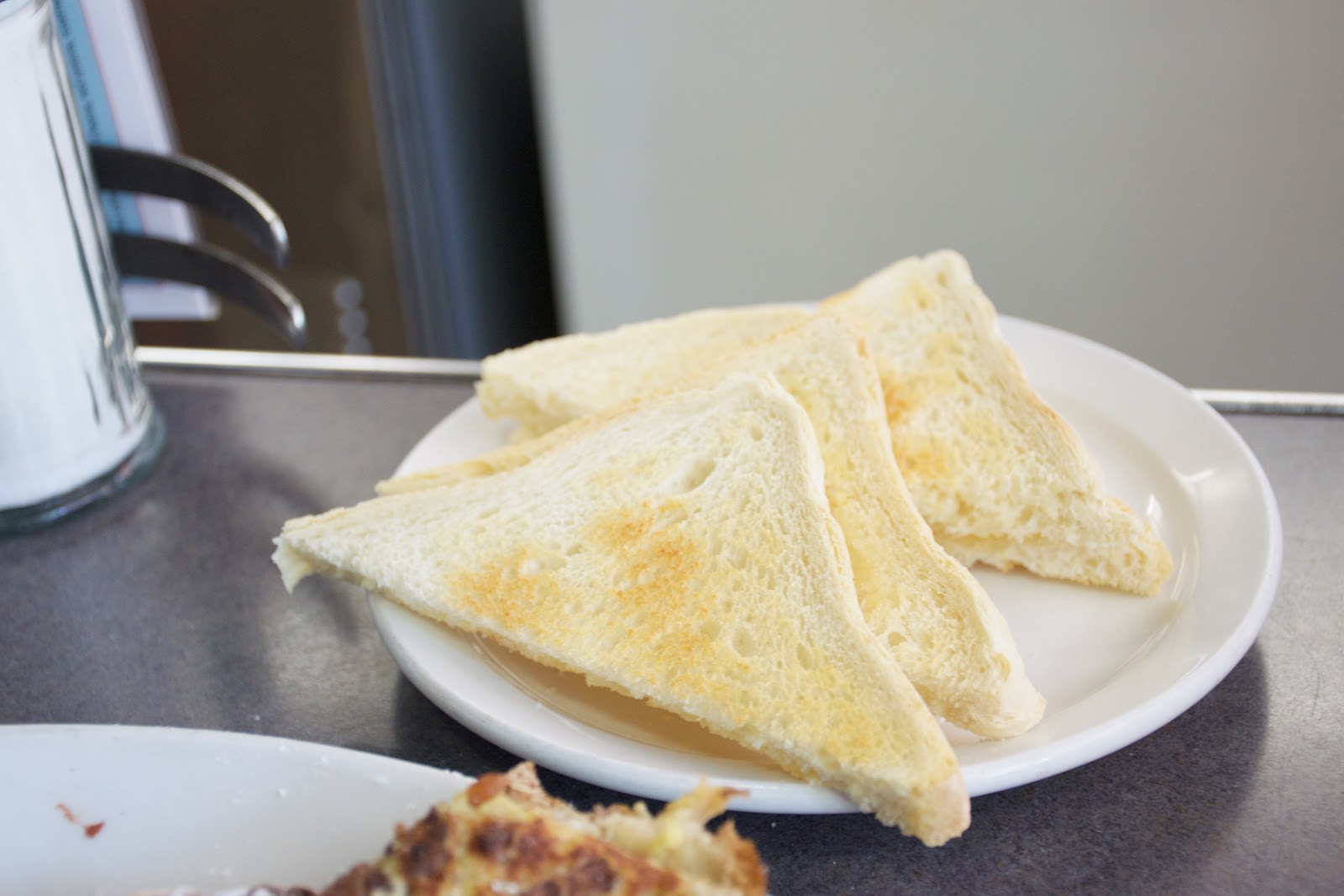 Thankfully, the bread was decent haha!! It could've been more toasted though, but it was still crunchy nonetheless!! It was lightly buttered which made it really fragrant. The sourdough taste was really subtle though!

I'm not a coffee connoisseur so I can't really comment on this, but it's organic LOL! I enjoyed it!! And it kept me buzzing for the entire day :D 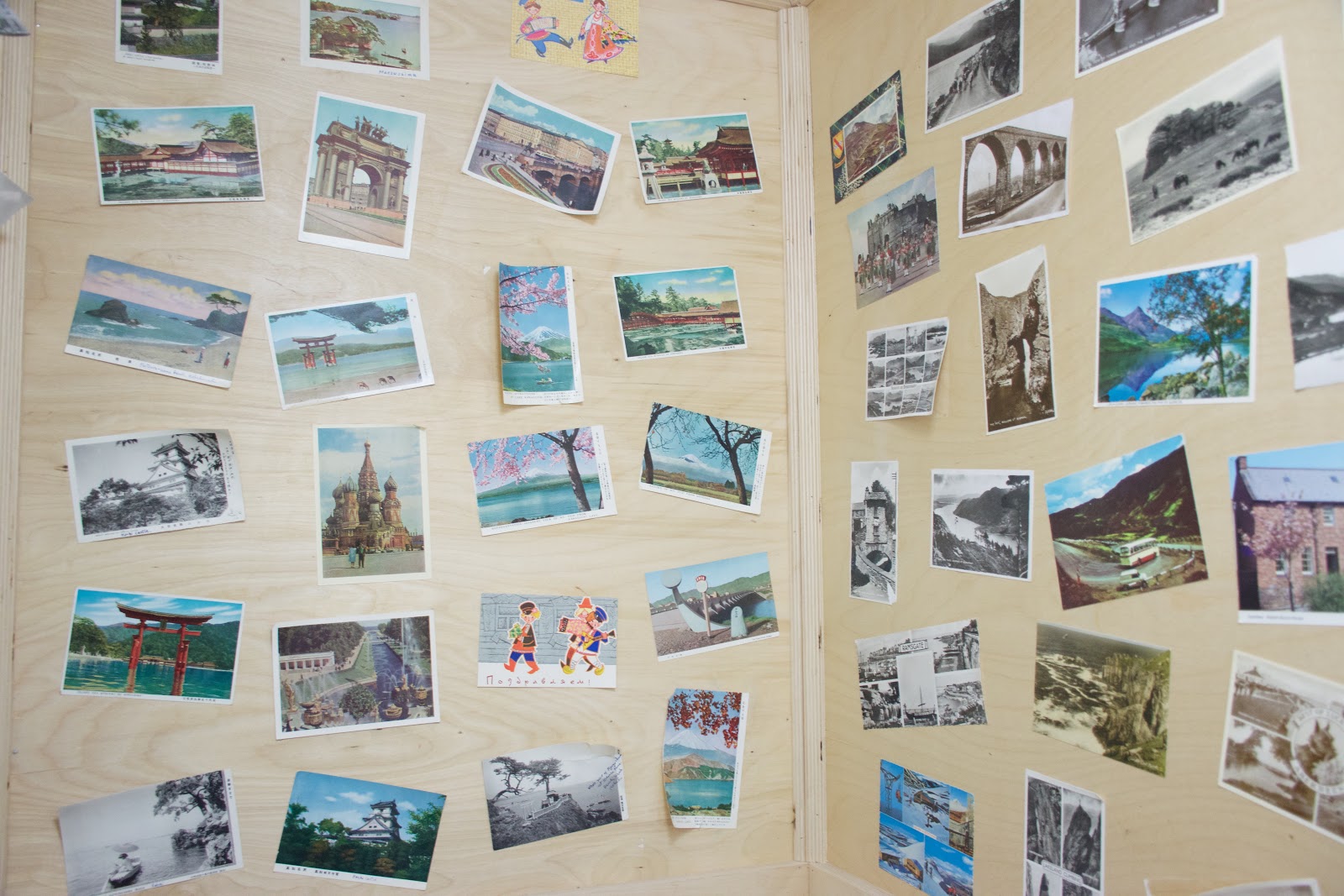 They have postcards plastered on their bathroom walls!! Nice to look at when you're erm...doing your business ;)