After successfully selling off my mom's condo (Thanks Doris Gee!) my dad was in an especially good mood, so he decided to treat us to lunch at Au Wing Kee!! :D

The funny thing is - when we walked in the whole place smelled like pee. I wish I was kidding. The closer you got to the bathroom the stronger the smell got.

Such a great start to our meal ;)

But once we got settled in a bit we went "nose blind" and we couldn't smell it anymore :D
And after the food arrived I got distracted and forgot about it hehe.

According to my dad - the decor hasn't changed one bit in 10 years! He actually use to eat here all the time back in the day, but this was my first time going here!! Actually I'm surprised that I've never been here because I lived near Metrotown for 7+ years!

Au Wing Kee is just a short walk from Metrotown, it's located beside Boiling Point and Indian Wok!! They serve up classic Cantonese dishes - they operate like a HK cafe for brunch/lunch, and as a seafood restaurant by night!! 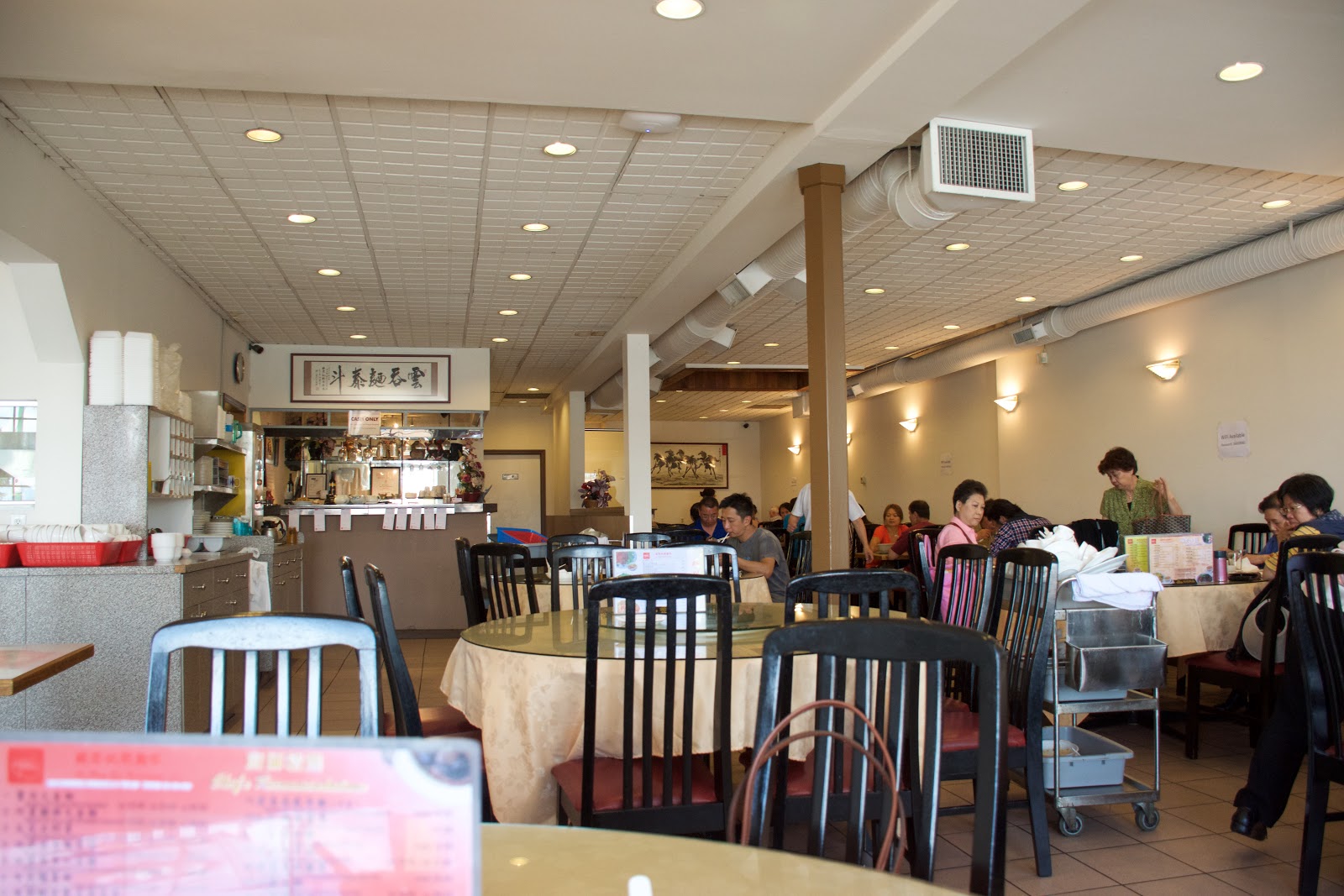 We were seating at one of the large tables, which was nice, because there was only the 3 of us! :D 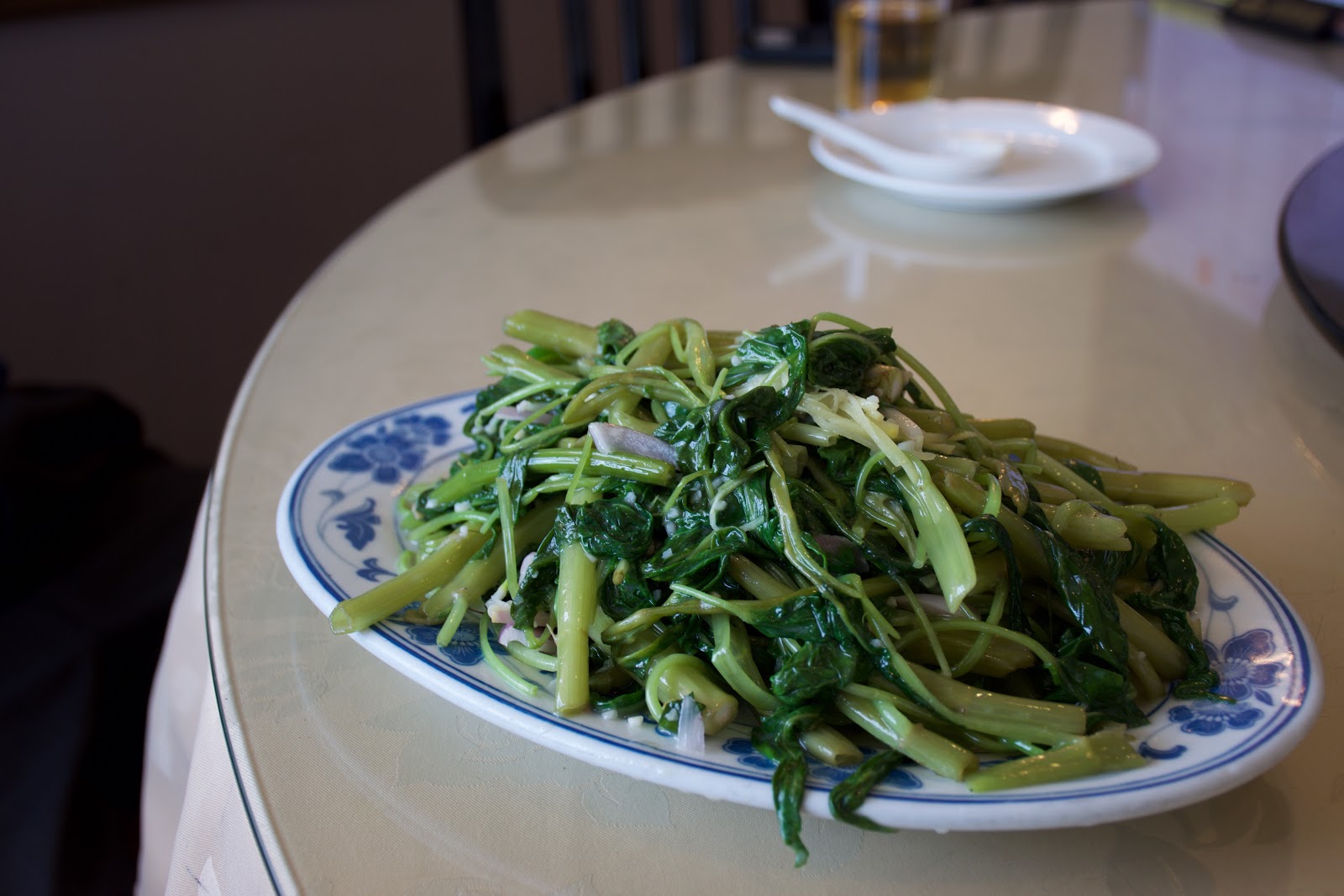 My dad ordered this! For some reason I don't like ordering veggies at restuarants because for the same price, I would rather get a meat dish hehe. Is that bad? (Maybe that's why I don't eat alot of vegetables) ;)
This version was pretty standard. The pea tips were nice and had a ton of flavour to them with the abundance of garlic. It wasn't too salty either!!

Oh gosh, this dish reminds me so much of my trip to Cambodia. We literally had this at every meal (darn tour groups!!) and I got so sick of it ;) 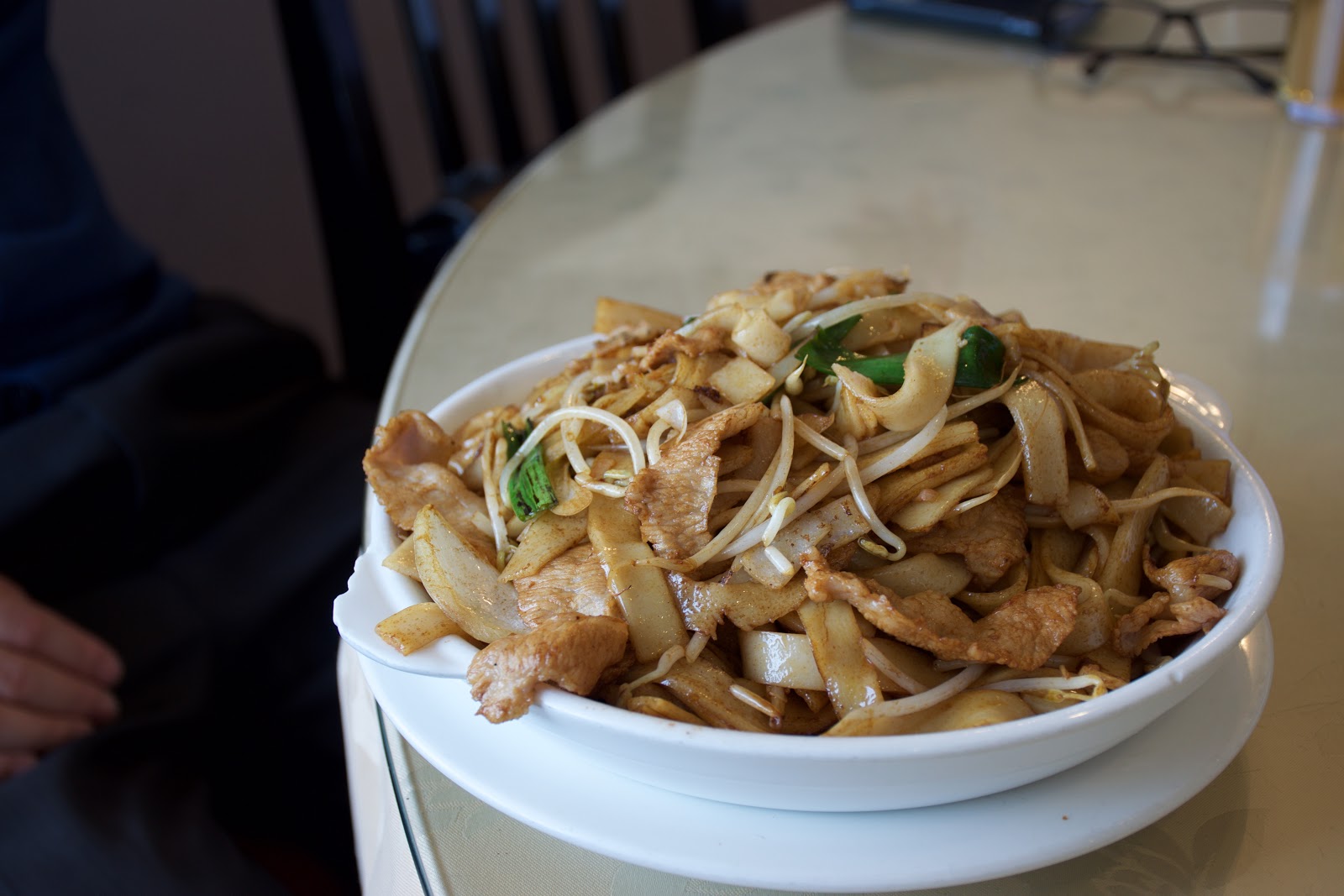 My dad, being the basic Cantonese guy that he is, has to order rice noodles, at every chinese place we go to. I for one, am not particularly fond of the dish, but I don't mind it.

This version was quite good, there was a lot of wok hey going on and the noodles were cooked nice and al dente!! There was a lot of it too, and it had a nice hint of carmelization. The pork neck was a bit rough though, but other than that, not bad!! 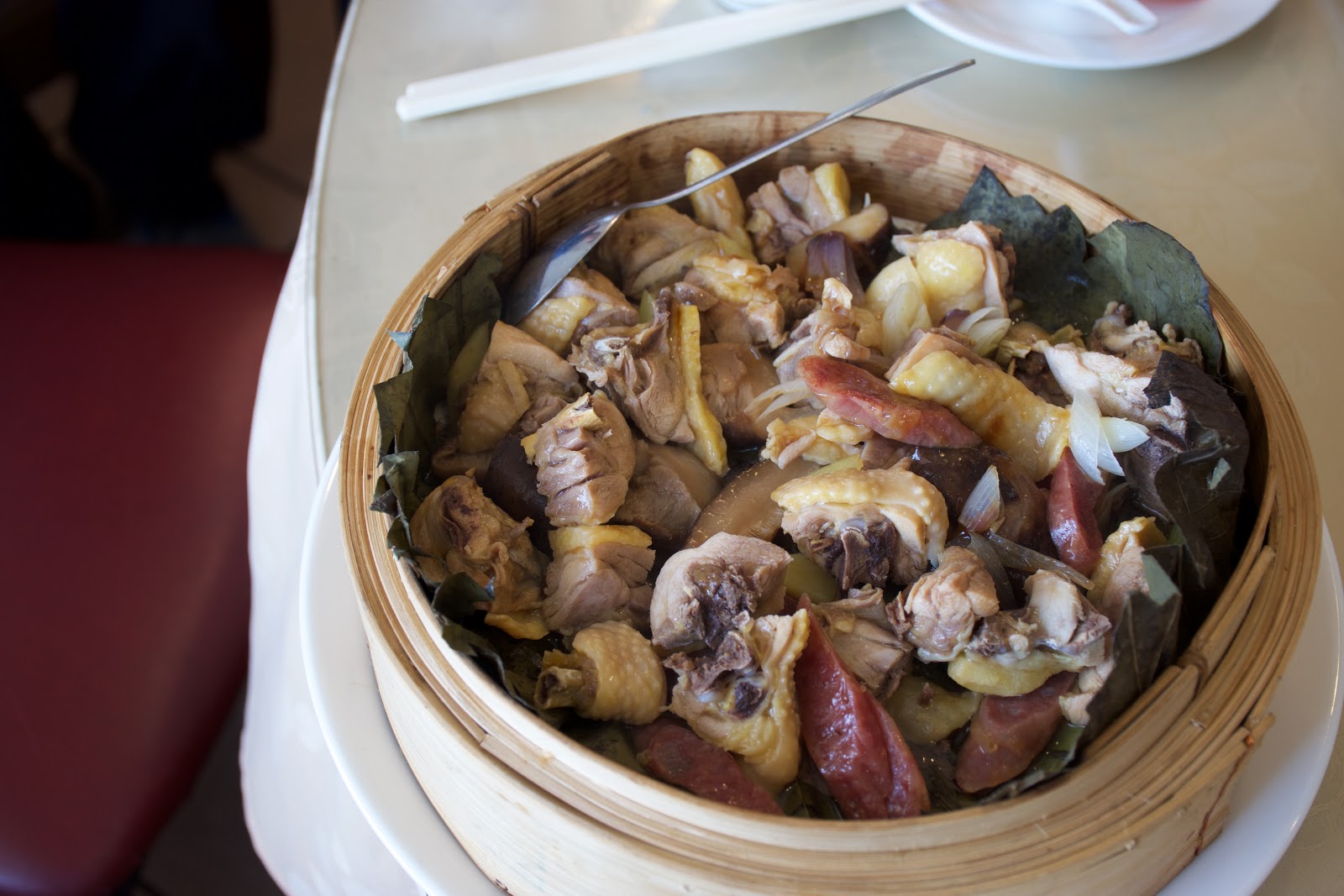 This was huge!! It came in a large bamboo steamer, like the ones you get at dim sum! There was a ton of chicken in there, as well as some mushrooms and chinese sausages. The lotus leaves imparted a lot of flavour and made the whole thing very fragrant. The chicken wasn't very tender though. But flavour wise, really good! 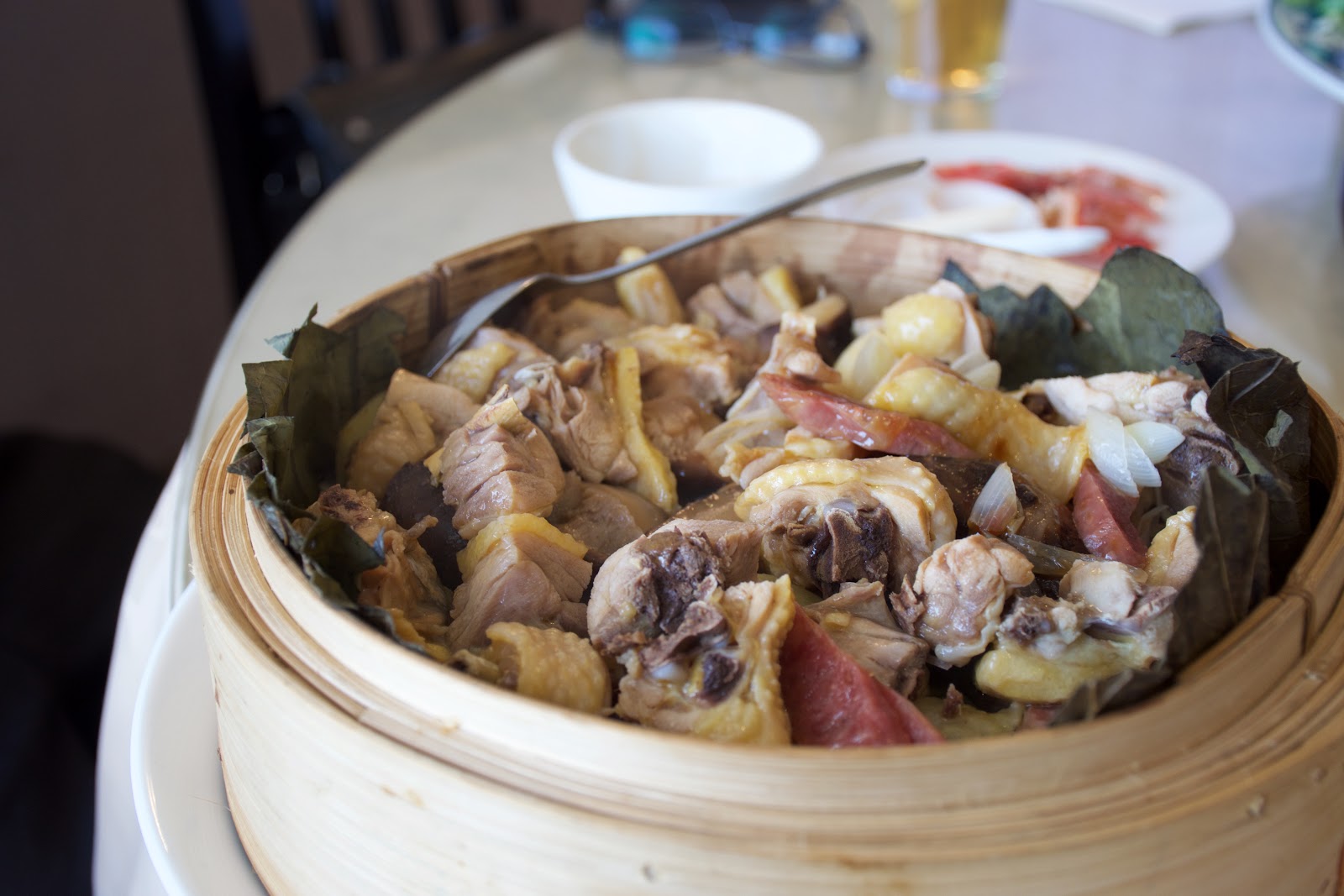 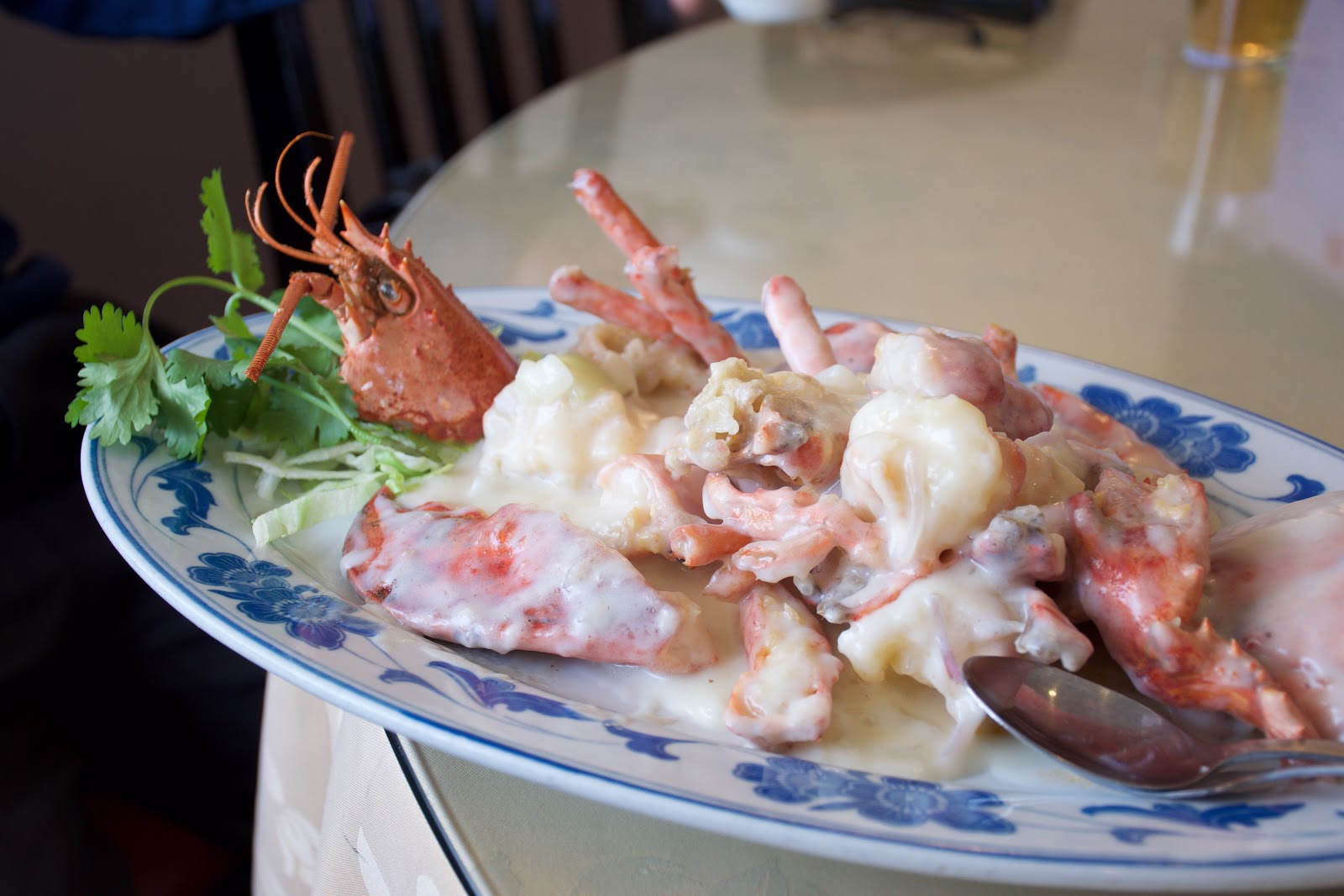 My dad was feeling indulgent that day, so we ordered lobster!! We don't eat lobster that often, so it was definitely a treat!!

My dad picked the cream sauce, and it was quite yummy!! Creamy, thick, and really flavourful! Great paired with rice! The lobster was bouncy and had that natural lobster flavour. This was the one thing I ate the most of, I barely touched the other dishes!! :D