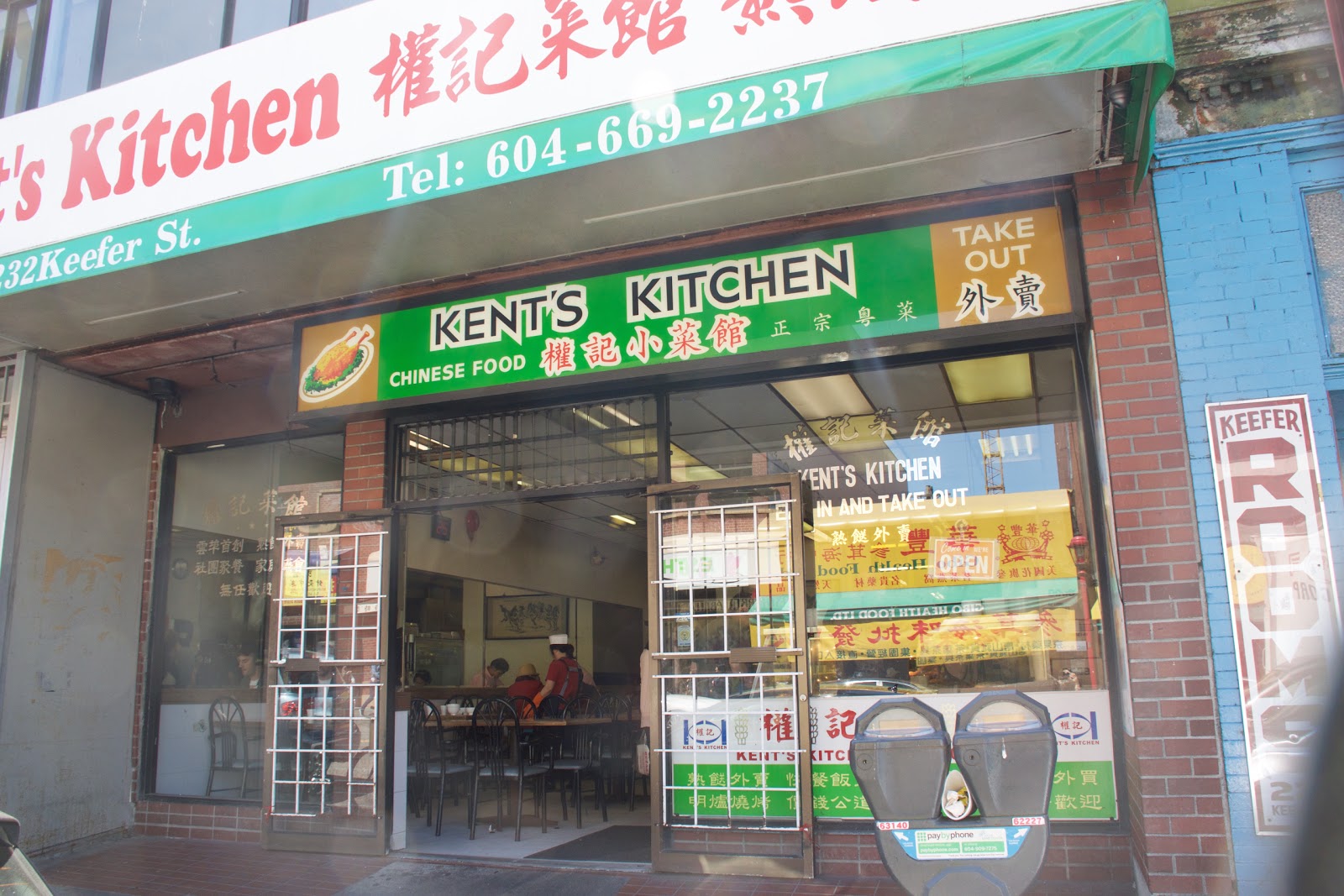 Read my review of their Victoria Drive location here: http://www.vancitynoms.com/2015/05/kents-kitchen.html

Ah, good ol' Kents. My dad goes to Kents quite often and sometimes I tag along (hey - can't turn down some greasy chinese food!!) ;)  He's been eating here for 20 something years (that's longer than I've been alive!) Back in the day when he had a business in Chinatown he would come here 3-4 times a week!! I use to come here as a kid, but I would only eat their cheong fun because I was allergic to practically everything else harhar. Speaking of cheong fun (rice rolls) do they still sell them? I didn't see any when I went!

Is it wrong that I just love this place? ;) Sure it's fast food, but the food is actually pretty authentic! And I have to admit, some of it is pretty yummy hehe...it all depends on what you order!! :D So if you're a ordering wizard, you'll hit the jackpot!! ;)

For my dad the two item combos always lasts him two meals...he doesn't have that big of an appetite, my mom and I easily slay him ;)

If you eat in you can get a bowl of soup and tea with your meal! My dad was like "Don't drink the tea, they probably use the really cheap kind - you'll poison yourself!!" *Paranoid much Dad?* ;)
The soup on the other hand was actually pretty decent, it had chunks of melon in it!

They also have another location on Victoria Drive in East Van!! That would is a lot newer (the Chinatown one has been open for ages) but there's less of a selection and there's no tables for you to eat in!! So I like this one better! Sure, it's a bit dingy, but that's why I love it!! It gives it character!! 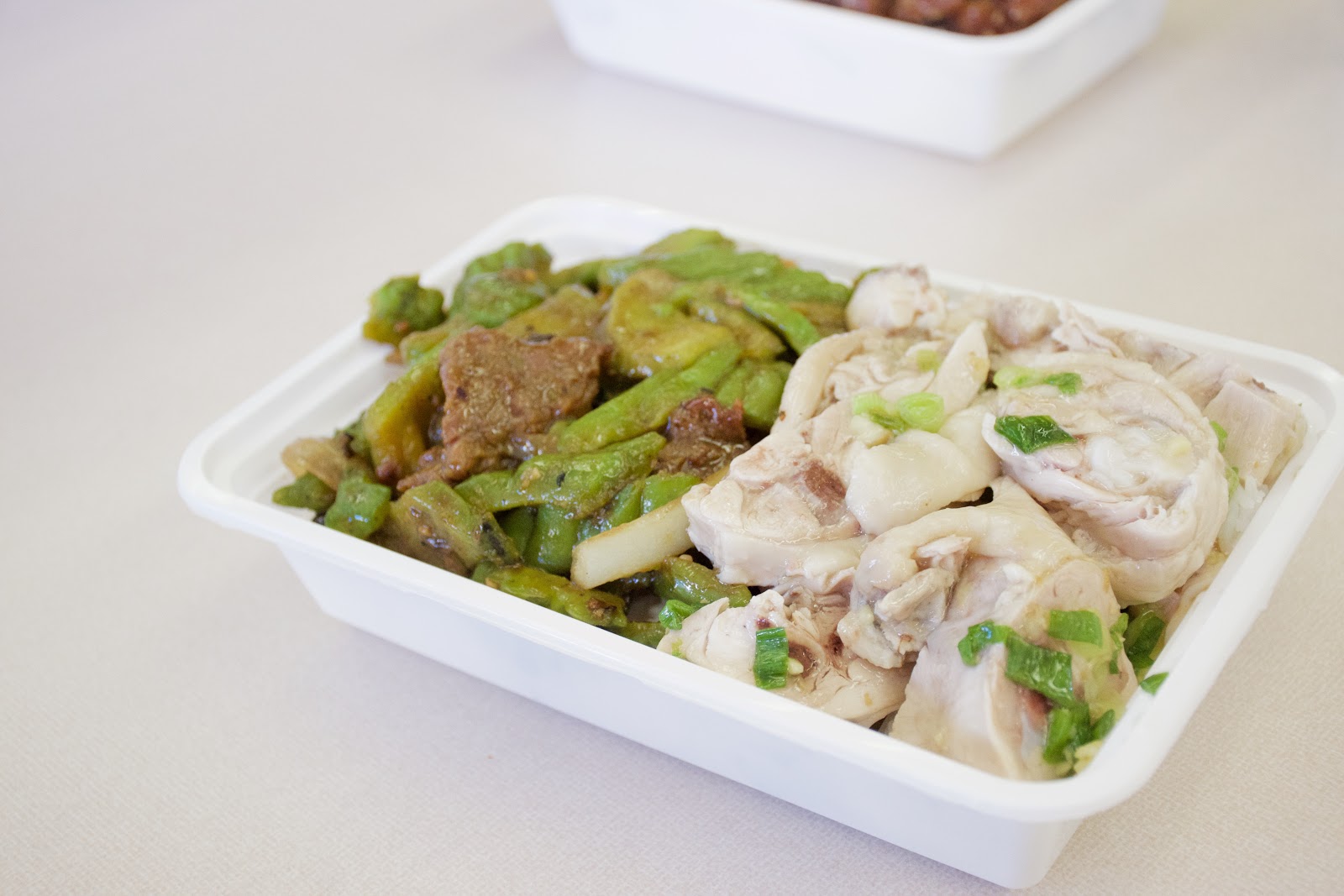 My dad eats bitter melon spareribs 4 times a week - no joke!! He literally orders it everywhere!! He's in Richmond most of the week: when he's not eating lunch at South Ocean he's eating bitter melon spareribs from a food court stall!! According to him: it's his way of packing protein and vegetables into one dish o.o

Kent's version is pretty decent, the bitter melon is soft but still retains a crunch, and it's smothered in  black bean sauce! The spareribs were okay, they were a bit chewy, but there was quite a bit of it!

The chicken is served cold, and it's covered with green onion oil!! Pretty decent as well, the chicken wasn't dried out, and the green onion gave it quite a bit of flavour!! 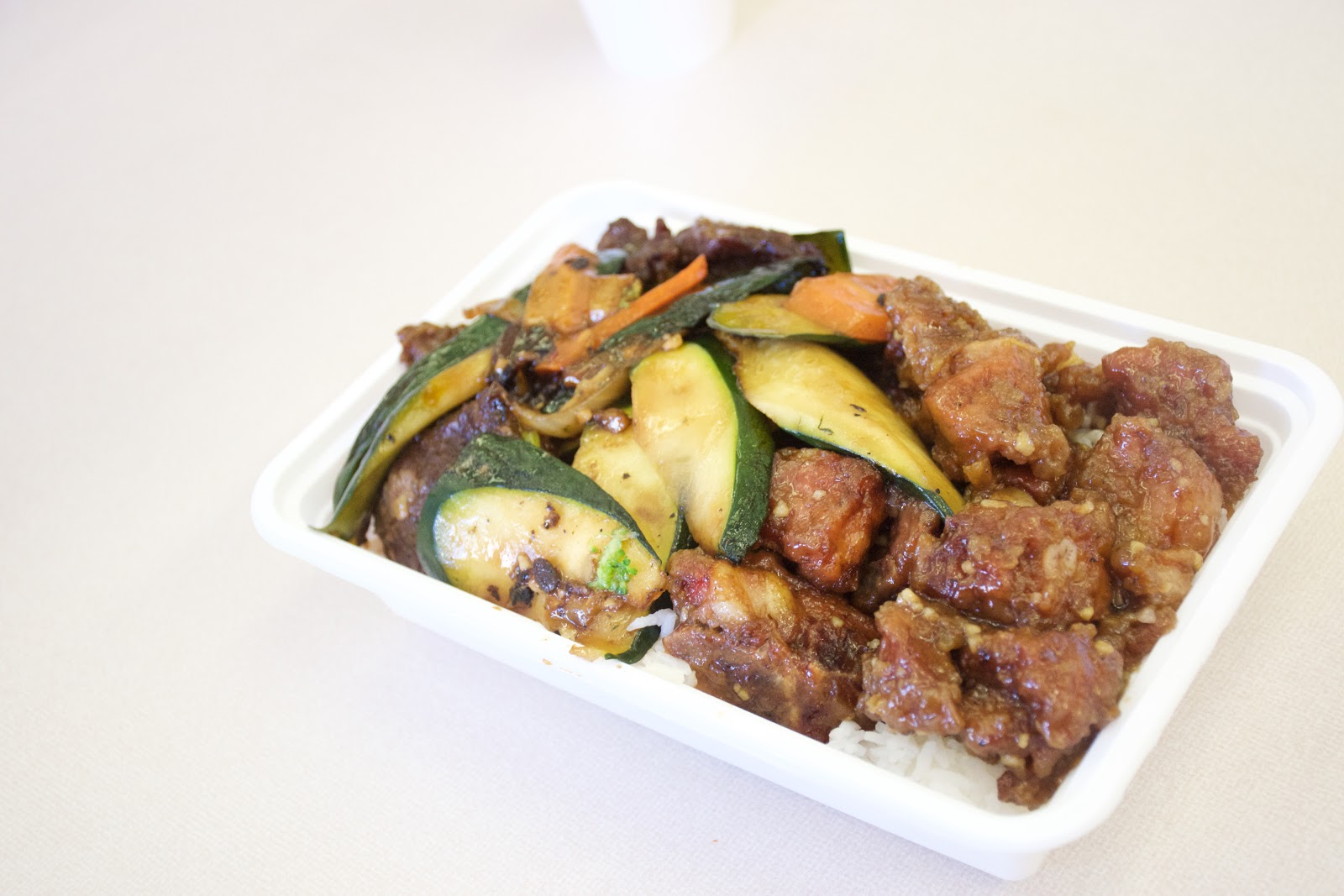 Had to pay tribute to my highschool days and get a order of honey garlic spareribs!! I ate HGS all the time in highschool. I would rotate between honey garlic spareribs and sweet&sour pork. ;)
Kent's version was pretty decent as well! Not offensive, but certainly not "great." The flavours were there, albeit a bit on the weak side. It was glazed in a considerable amount of sauce though! There was a bit of fat in it, but it wasn't that big of the deal.

I decided to try something different, and got their zucchini (I haven't eaten zucchini in ages!) It was surprisingly tasty, because the zucchini was still crunchy! The black bean sauce on the other hand was a bit one dimensional and salty.