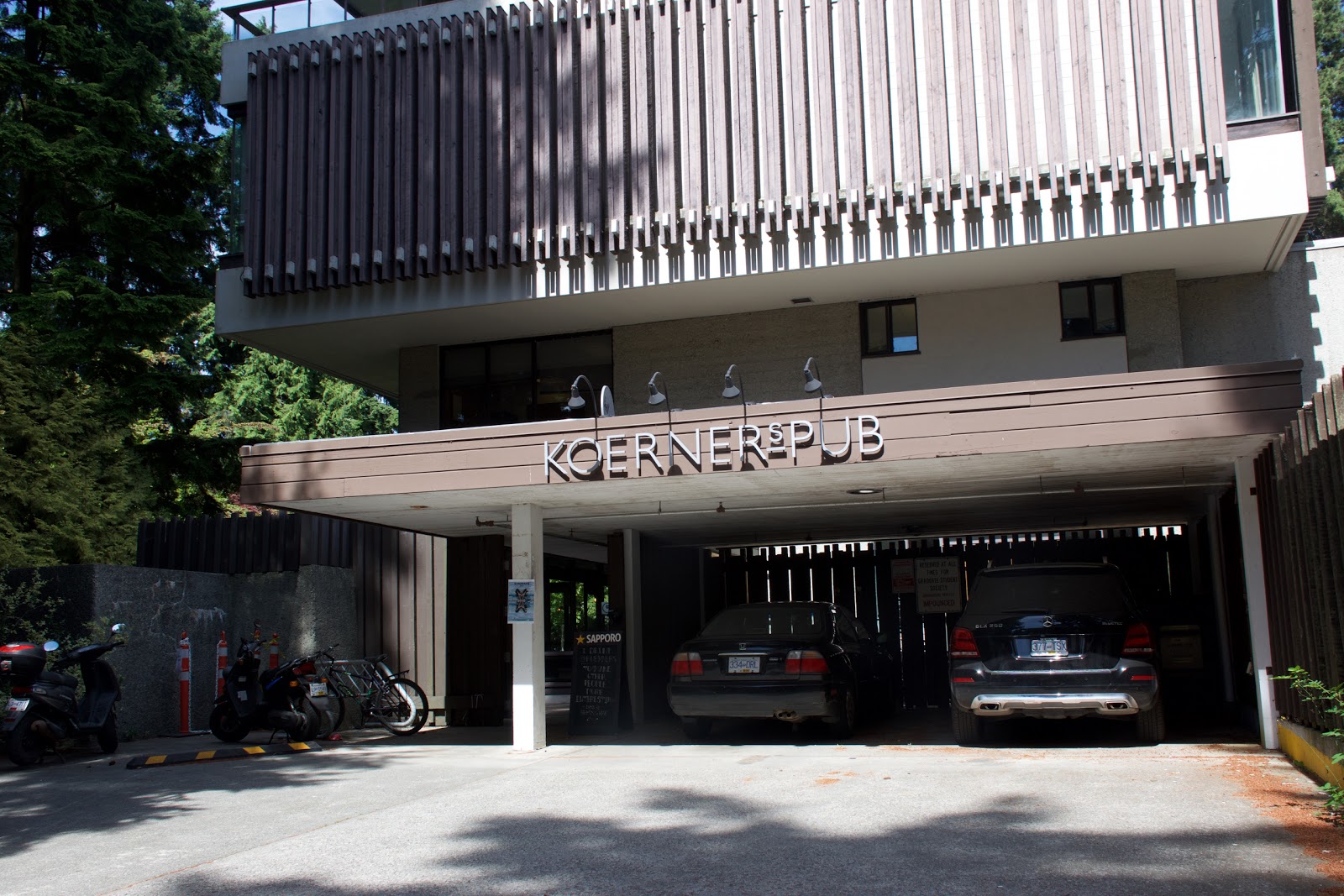 Unbeknownst to the undergrads...Koerner's Pub at UBC is known as the pub where all the cool grad students/people with fancy PhDs hang out.

I, for one, as a naive, half delusional undergrad (what am I doing with my life?) have never heard of Koerner's Pub until Food Wench (www.drunkennoms.com) tipped me off about their medium-rare burgers (a rarity here in Vancouver.)

And indeed, when I got there, there was not one baby faced peer in sight...Koerner's was brimming with hippish grad students and the intellectual crowd in between classes for a drink or two.

After ordering I heard the waitress informing the table next to mine that it was Taco Tuesday and all of their tacos were half off! THANKS FOR *NOT* DISCLOSING THAT TO ME.

After lunch, I spent the afternoon strolling around MOA, the Museum of Anthropology! Surprisingly it was first time going there, I was pleased that I didn't have to pay the $15 entry fee (my cheapskate roots get the best of me sometimes.) 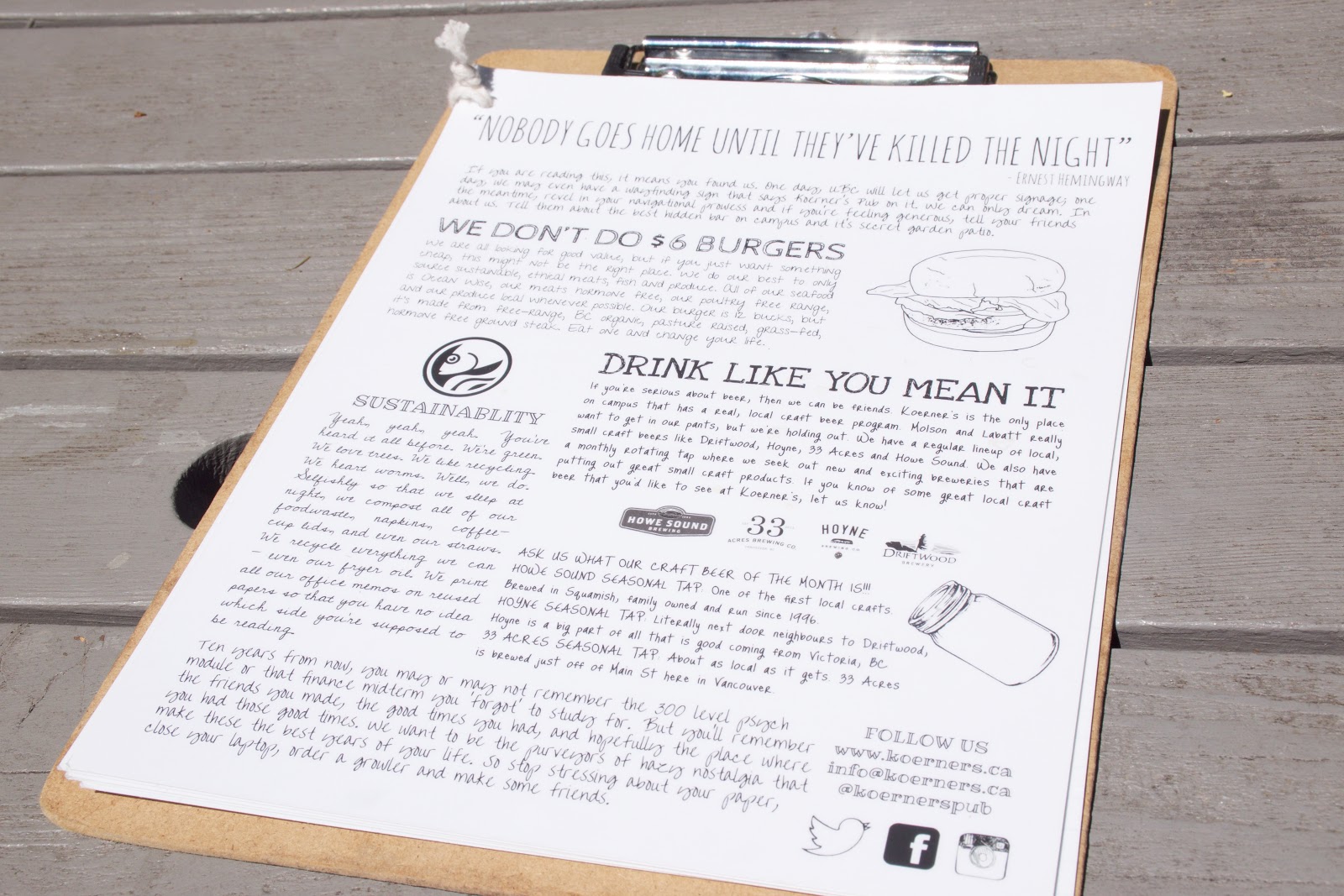 Words of Wisdom: "Nobody goes home until they've killed the night." 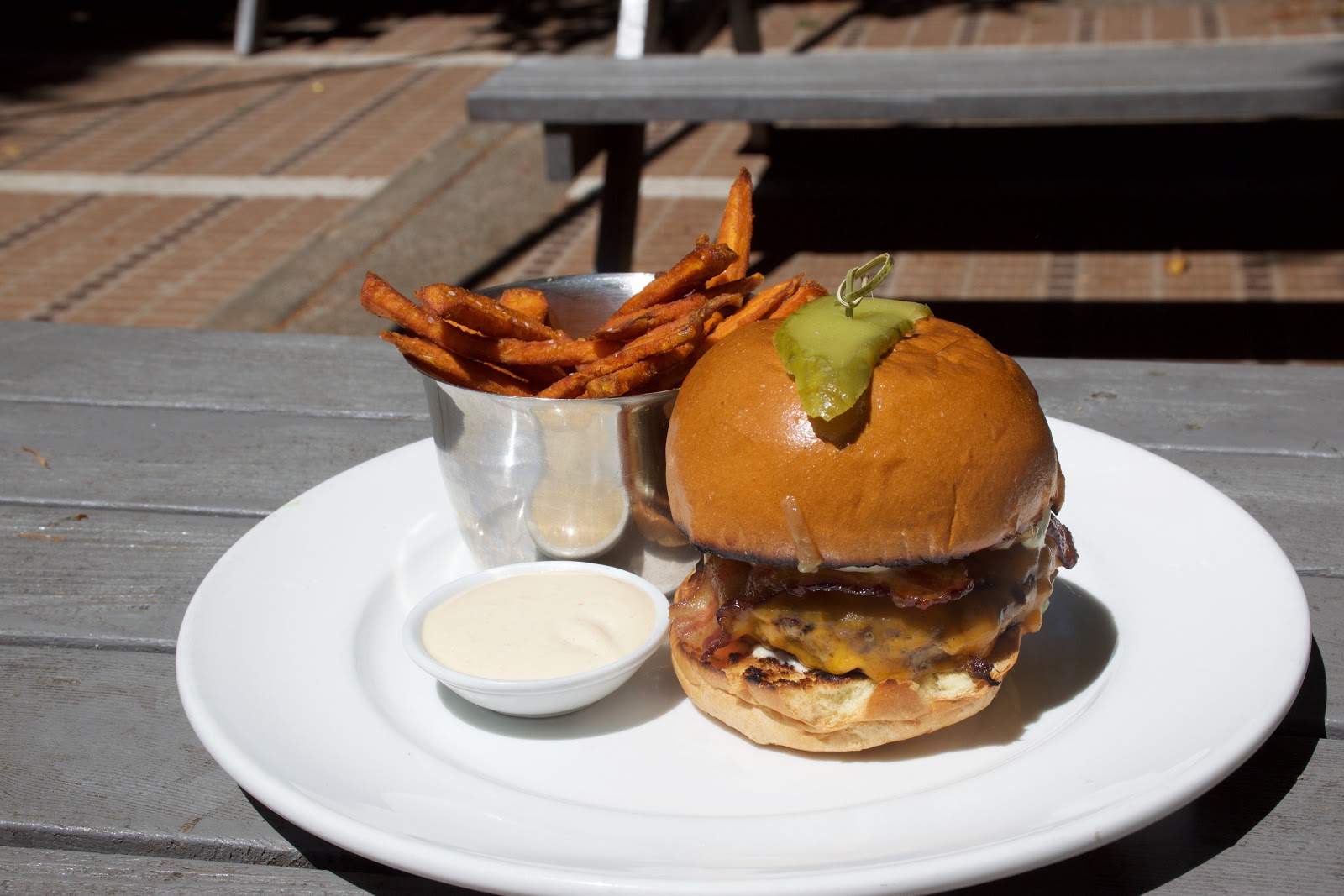 This was indeed a very good burger!! I was especially impressed by the bun, it was springy, soft, and had a delightful sweetness to it!! I read on Food Wench's blog that the burger is served medium rare, so I was a bit disappointed when it came out well done. Oh well!

The patty itself was quite nice, it tasted beefy and had a decent amount of charring to it!! The cheddar was completely melted and covered the surface of the patty. There was a thick slice of maple bacon on top, which imparted a nice layer of flavour. NEVER SAY NO TO BACON!! 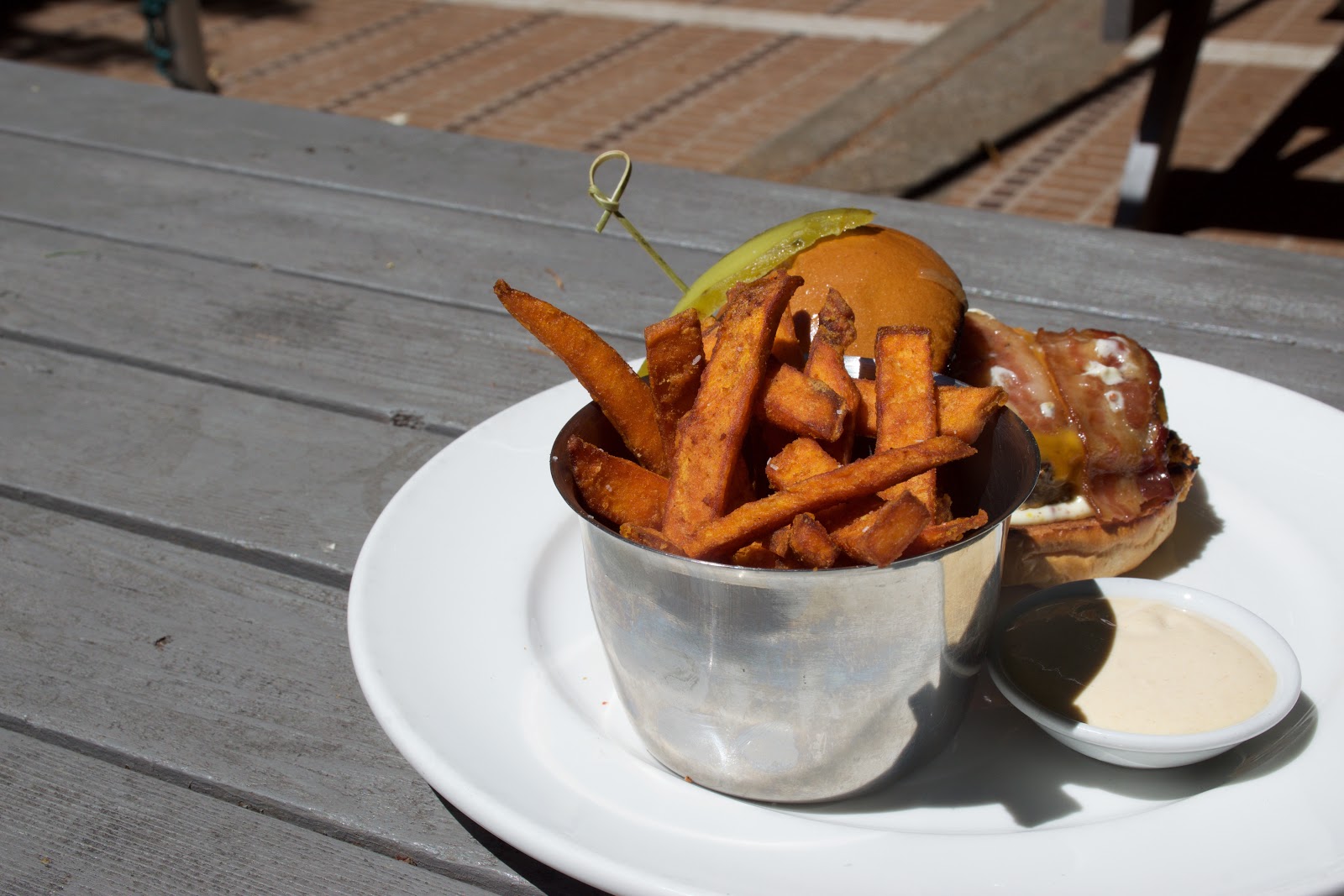 The yam fries didn't disappoint either! Although I have to say that I like Mahoney's yam fries better. These were more thick cut, but they were crispy on the outside and soft on the inside! The chipotle mayo was okay, it was a bit too vinegary for my liking and wasn't spicy enough. 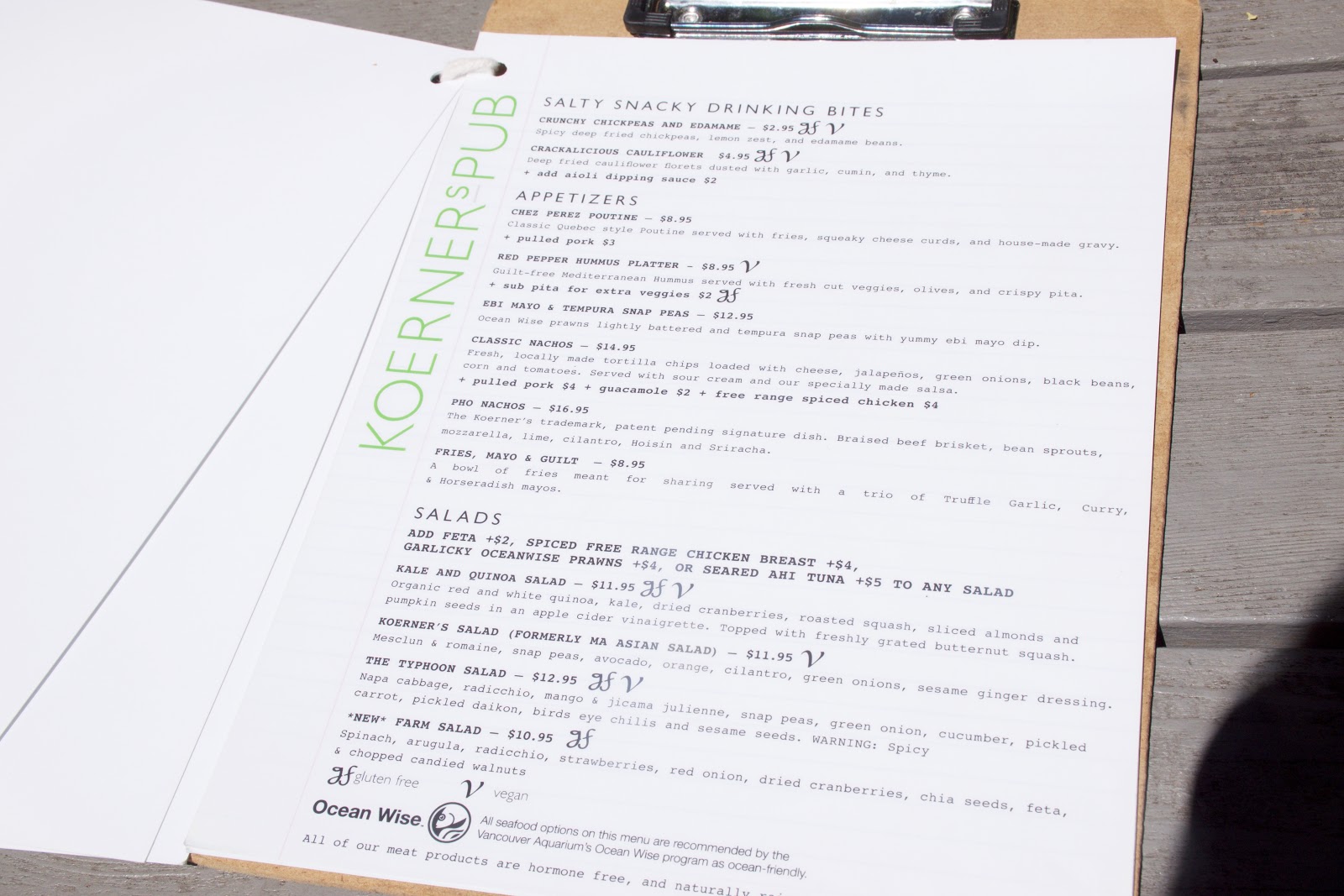 (Click to Enlarge!) Their pho nachos sound really neat! And it's PATENT PENDING! 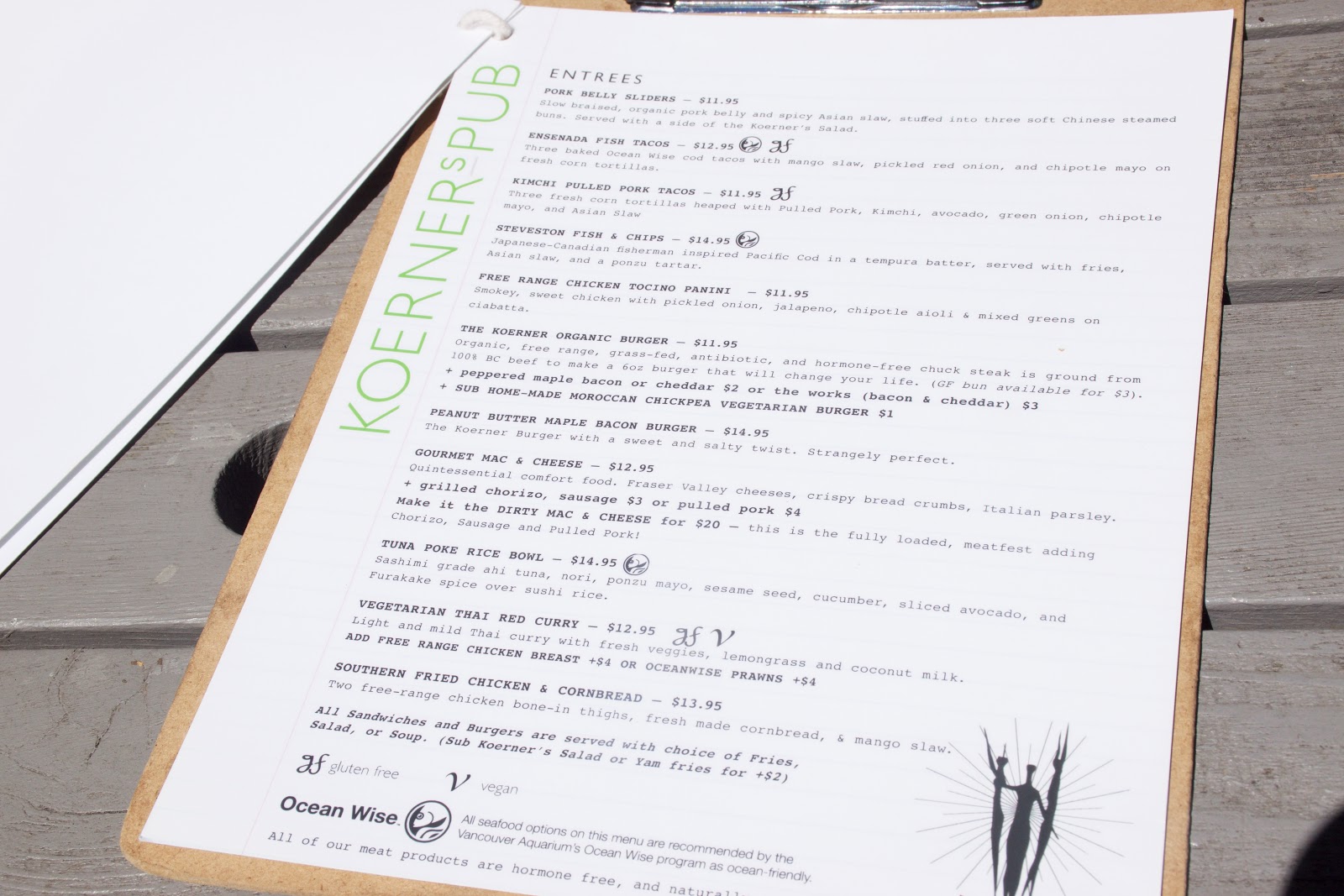 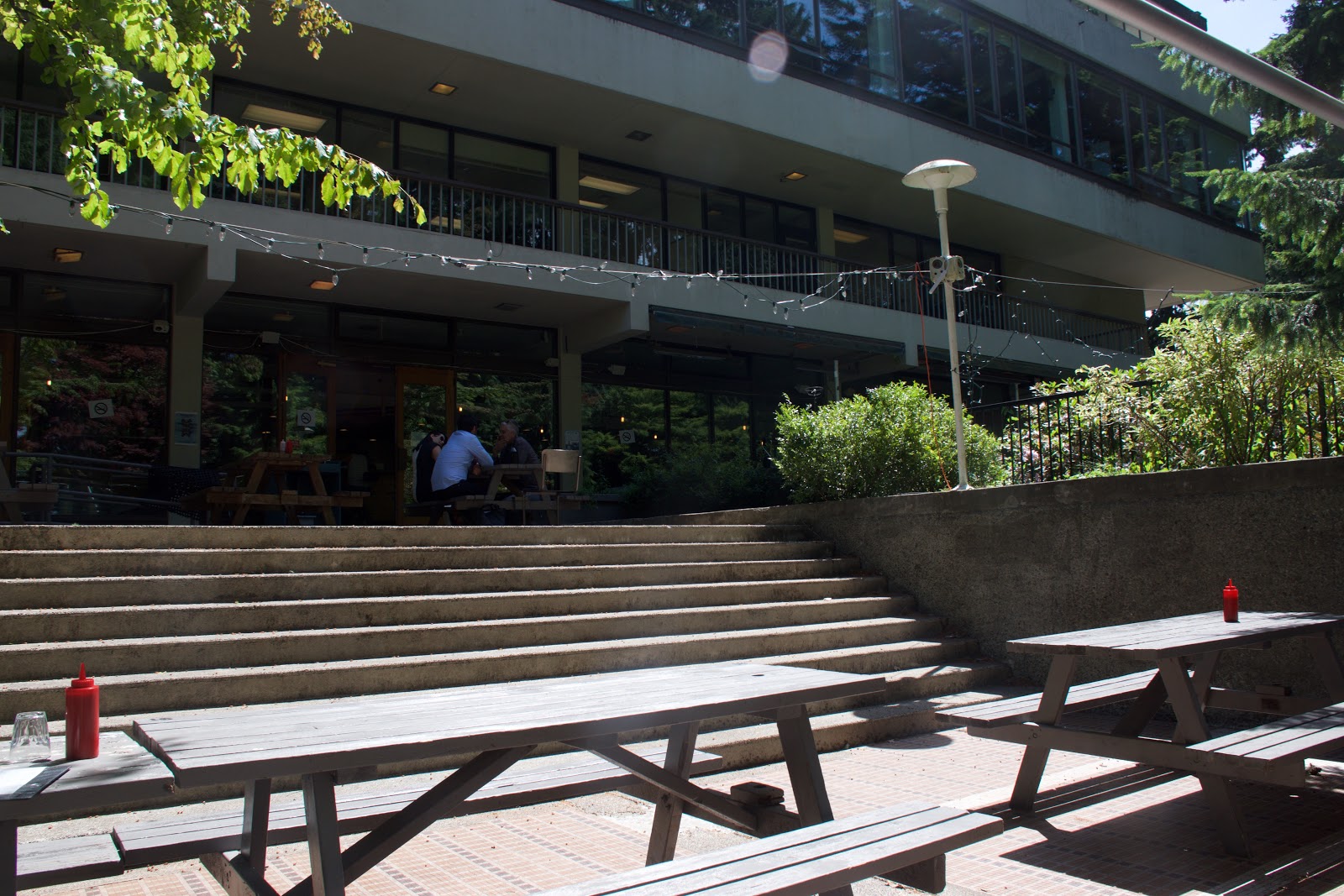 Their sun-drenched outdoor patio! Almost makes you forgot that you're on campus! 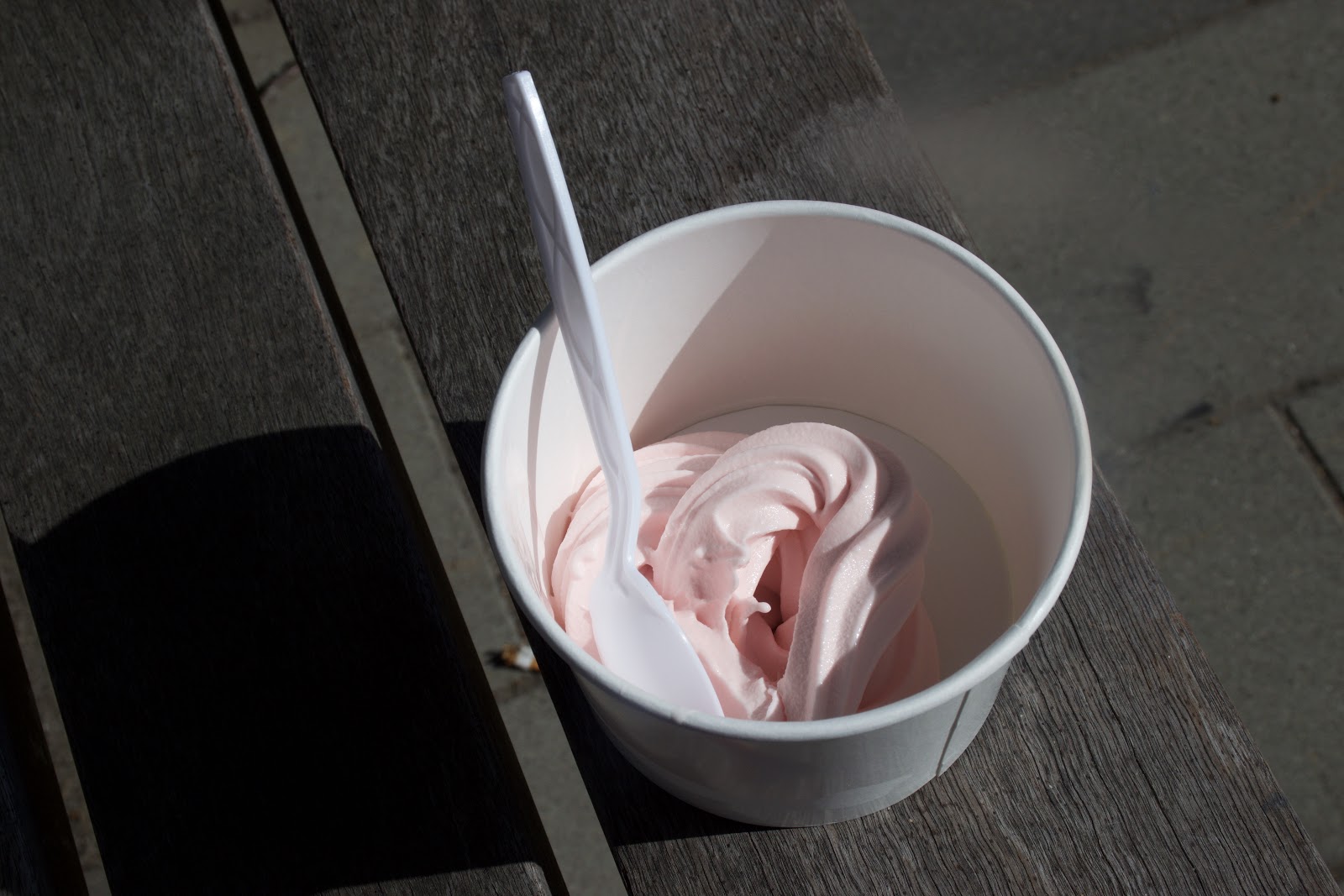 Later in the day I also had some strawberry banana frozen yogurt from Qoola!