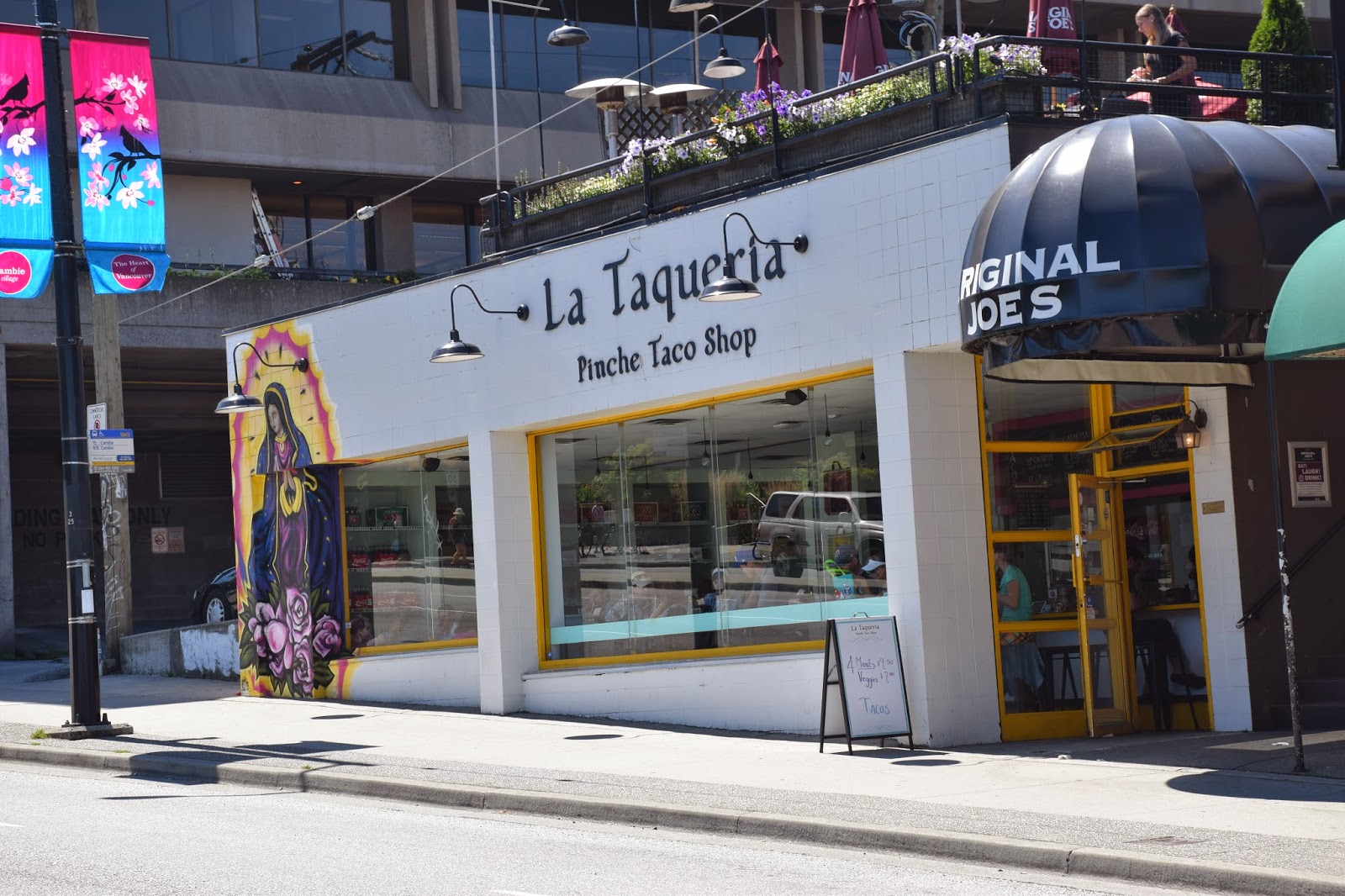 It's TACOO TIME!! I can never go too long without having some tacos. I love me some mexican ;)
La Taqueria is one of my favourites in the city!! But I have to admit, part of the reason why I go there is for the décor (and their yummy food of course.) The colours just make me so happy!! :D And the bottle caps they have lining the shelves are so cute!!  I really want to paint my room teal ;D
And the fact that it's located right beside Whole Foods and Broadway City Hall makes it that much better (for transit users like me!!)
The service here is really awesome. They always come around to ask you how you're enjoying your meal, and when I went to make a second order, they gave me 10% off!! Which totally made my day!!
I also got a Taramind flavoured soda to wash everything down!! I also really like their horchata - they don't any ice to it (it's prechilled) so it never tastes watered down!!
After eating a quesadilla I was still hungry (typical Selina), so I ordered 4 more tacos. And DANGG, who knew veggies could taste so good? Seriously - my first bite in, I was like "This is better than meat!!" :D
Random Question guys: Is it weird that I never put hot sauce on my tacos? Every time I go I always see everyone putting hot sauce on their tacos. I think the tacos are pretty flavourful on its own because the meats are already marinated!
The same goes for sushi!! I almost never dip my rolls in soy sauce (with the exception of nigiri) because it covers the taste of the filling - my dad always says that I'm crazy ;D 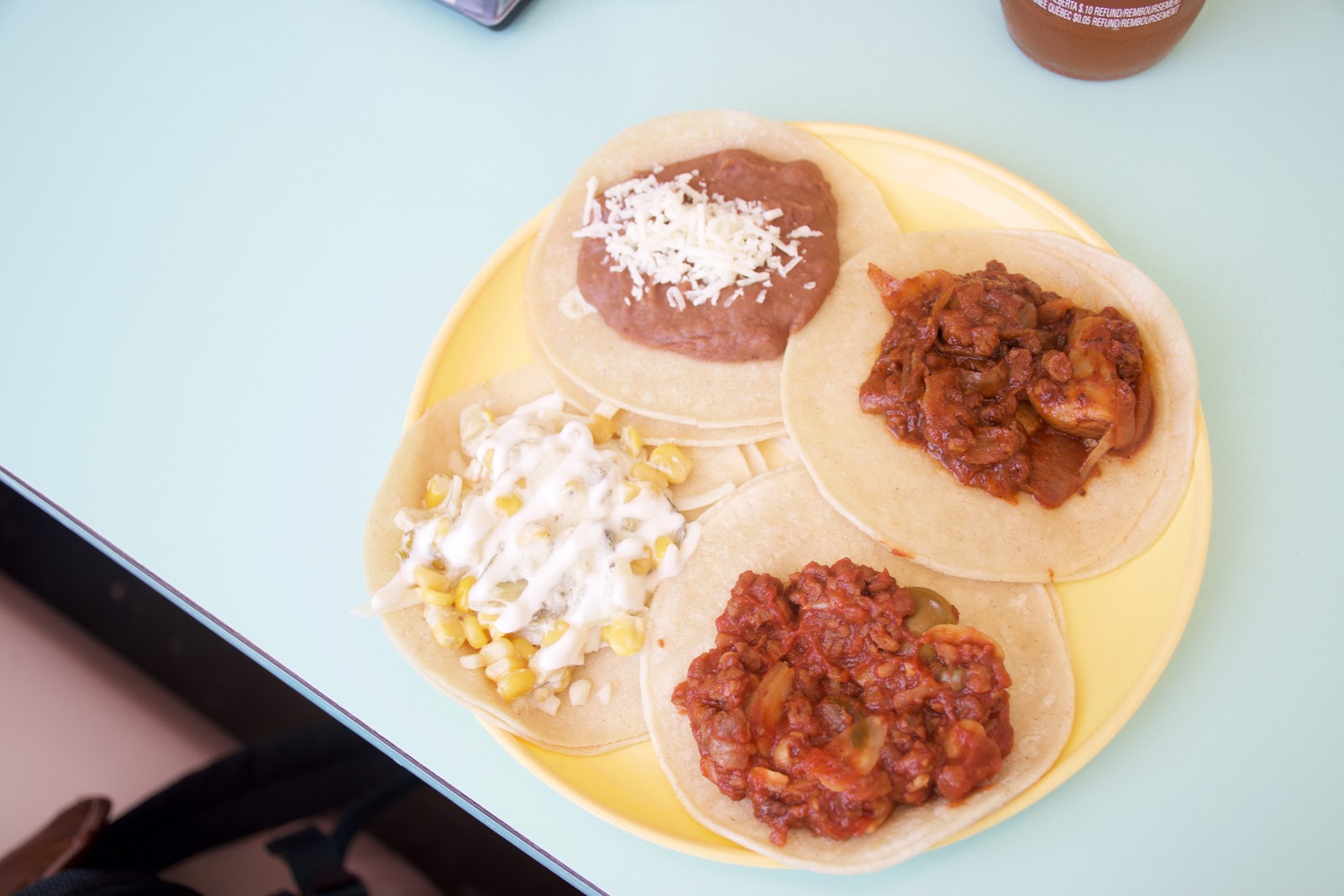 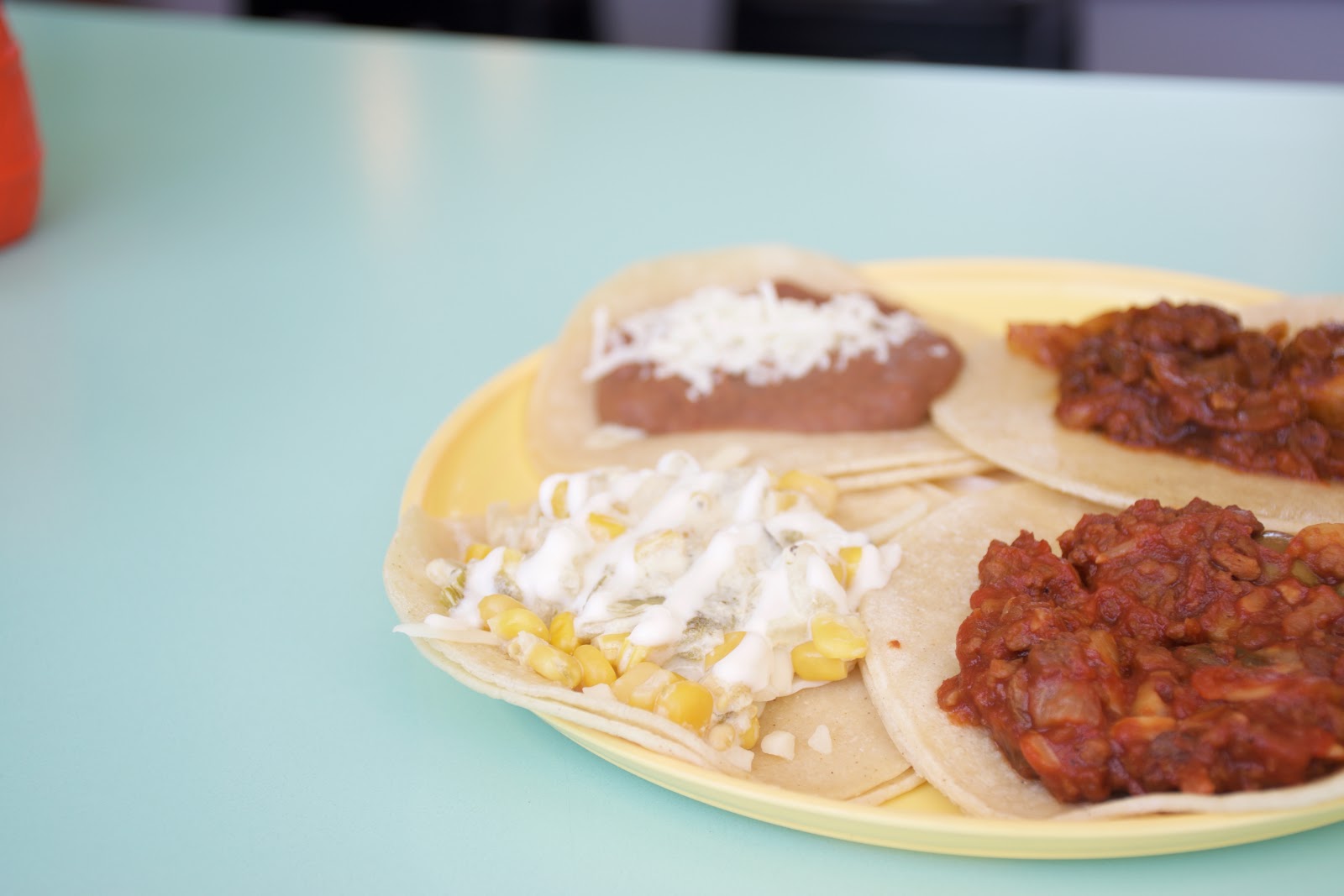 Yay - I love corn!! The cream just made it that much better and gave it a nice, zippy tang!! I love how they double layer their tacos! 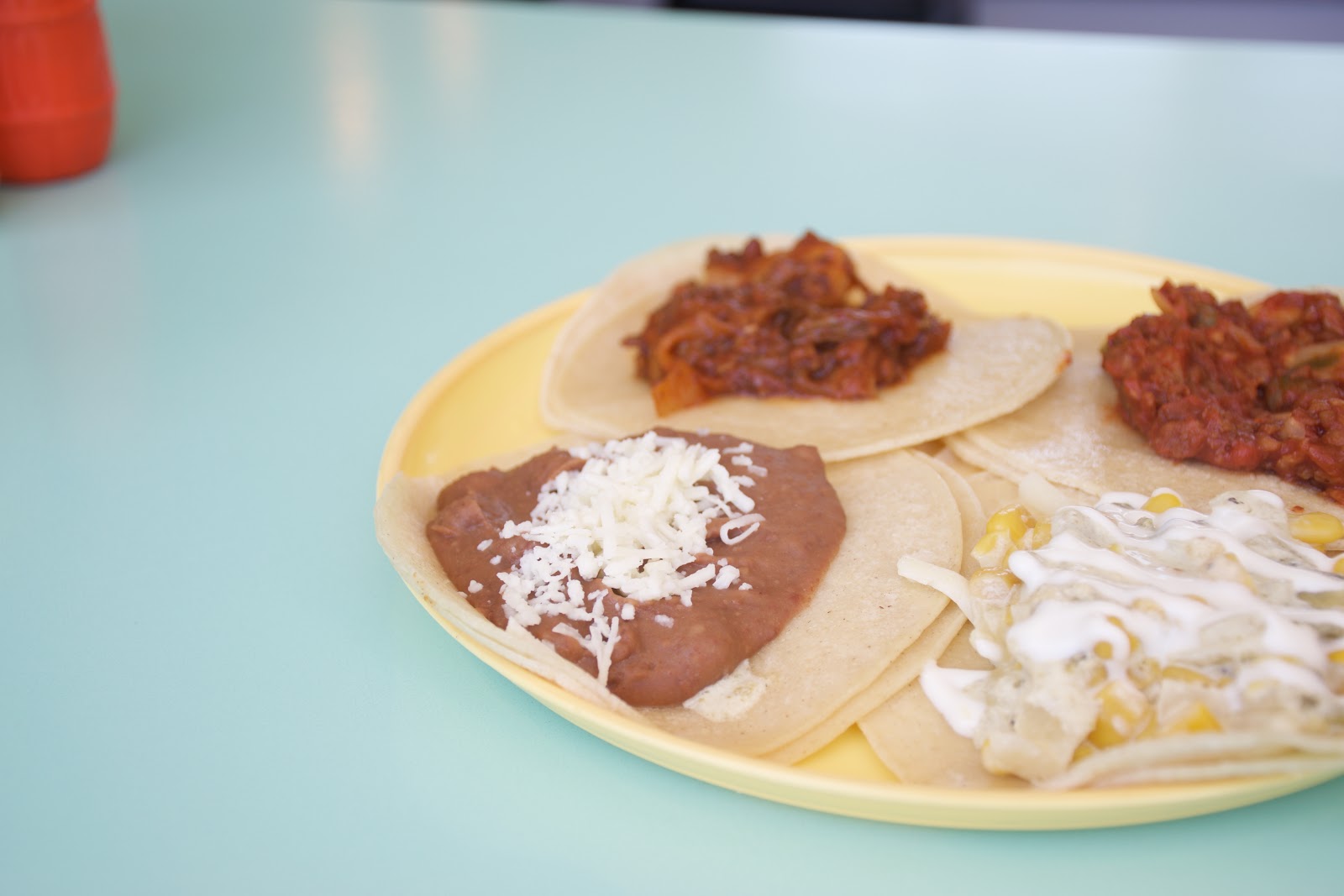 3.5/5 stars
Who knew beans could taste so good? Combined with the cheese, this was a great combination!! It was a tad mushy though - as expected!! 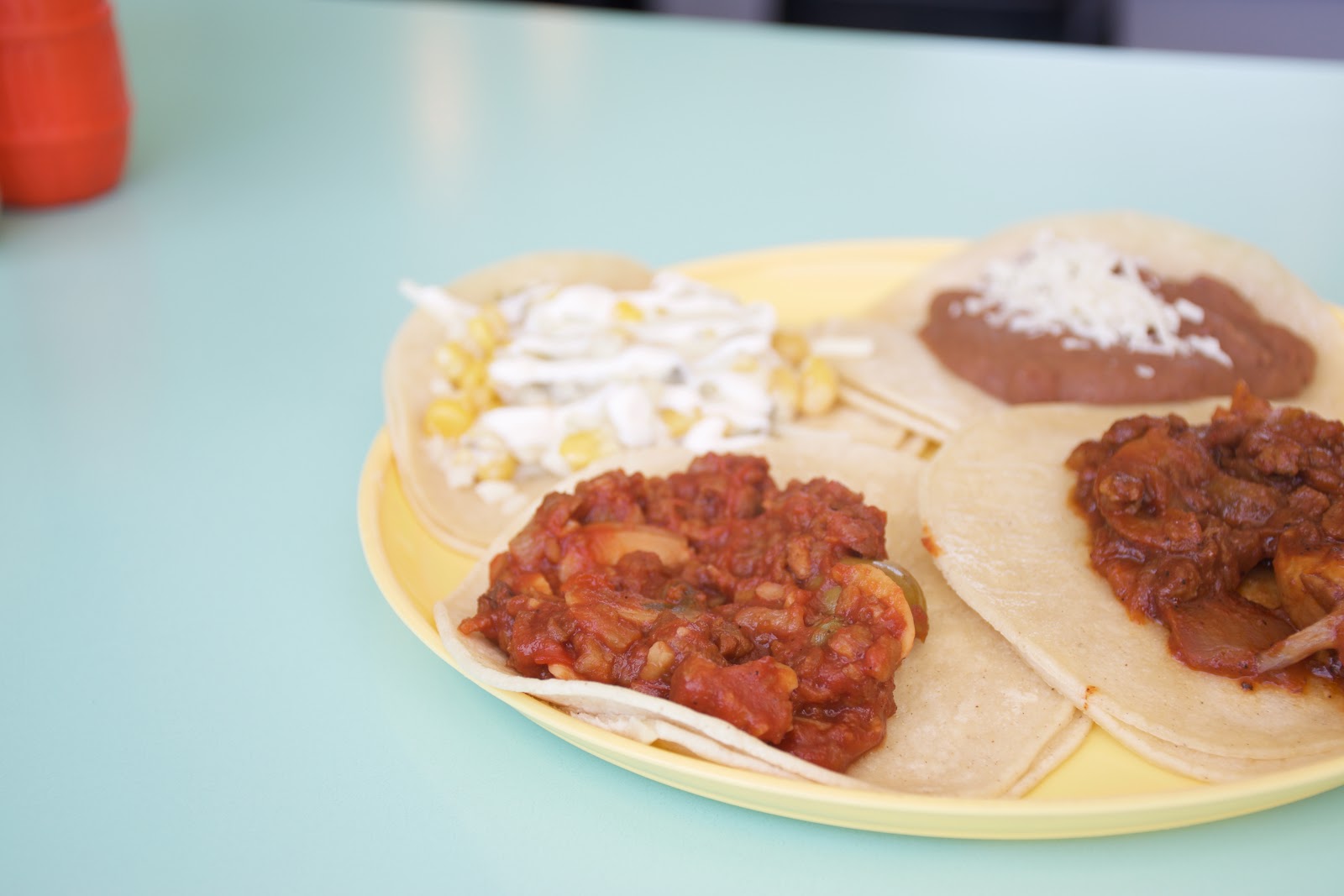 Mushrooms w/ chipotle sauce!! Loveed the chipotle, it was tangy, without being too spicy!! The mushrooms were abundant and well seasoned! 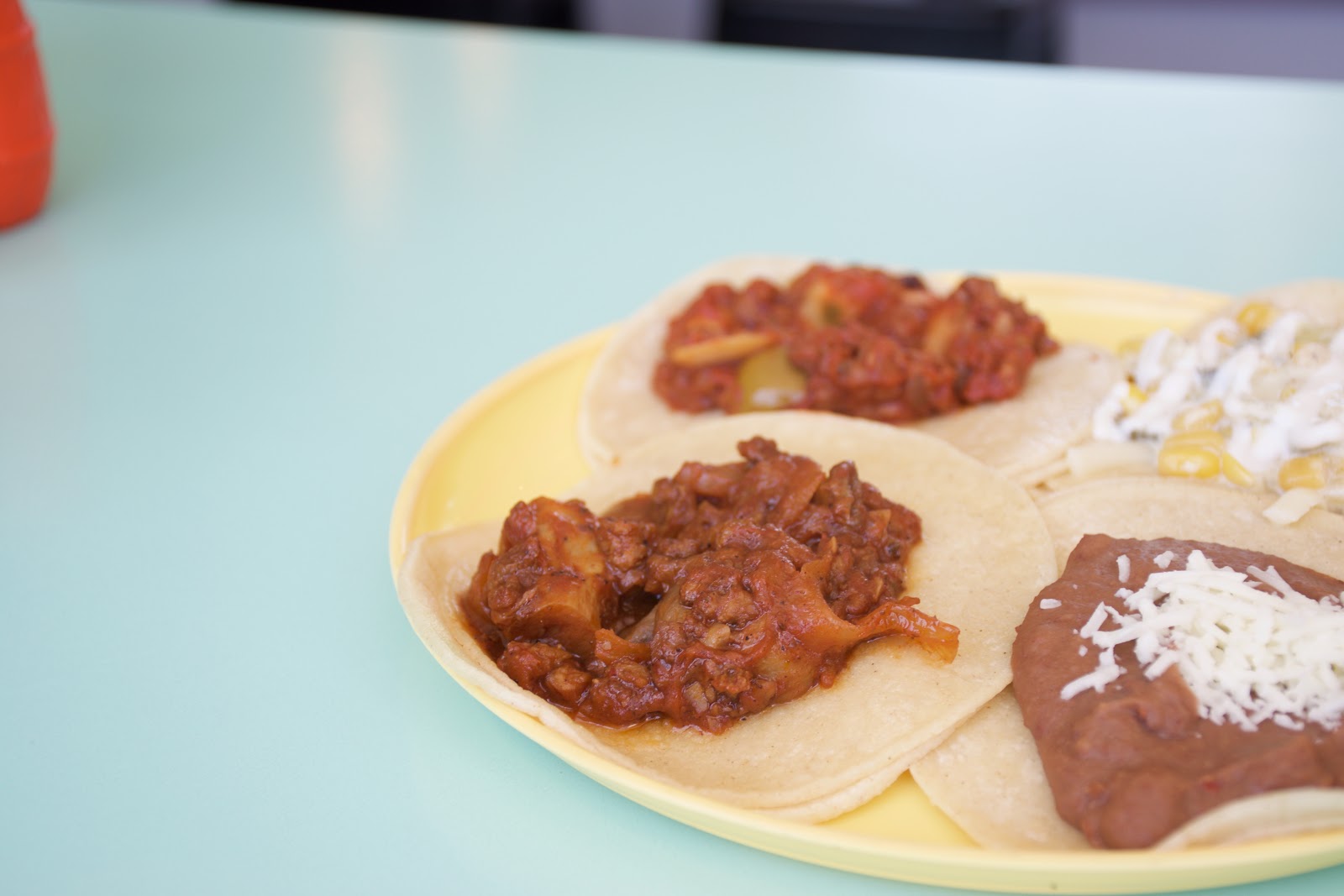 This one had bits of tofu in it, which made it taste more meaty in texture!! Loaded with spices and very flavourful, but not as spicy as the last one! 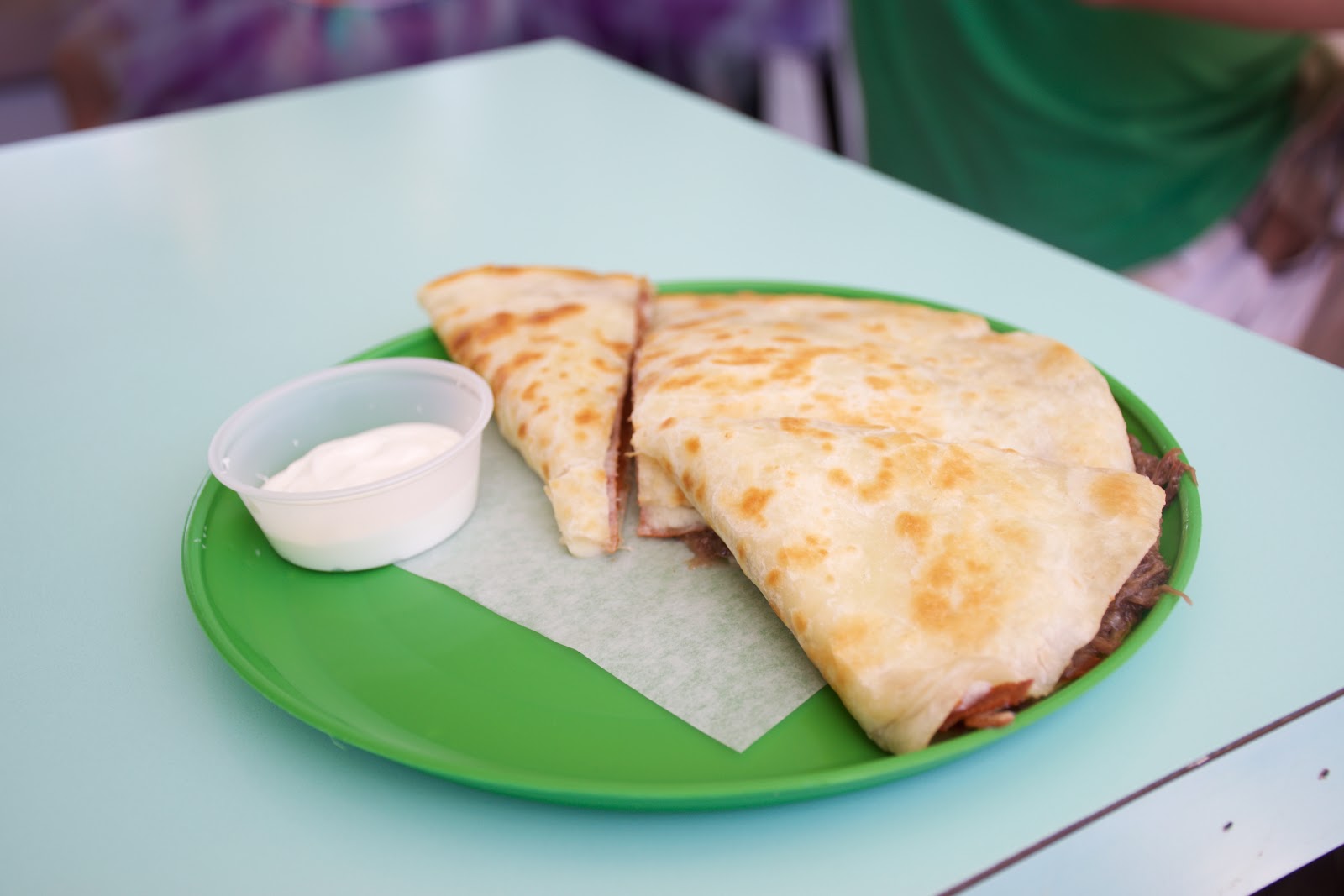 This is probably my favourite I've tried here thus far. The meat is super juicy, and insanely flavourful!!  There wasn't a lot of cheese in it, but I didn't mind because the meat itself was really good so if there was more cheese it would have overpowered the flavours of the meat!! The quesadilla itself was quite thin, and slightly charred on the outside!! It also came with some sour cream on the side but I didn't use it!! 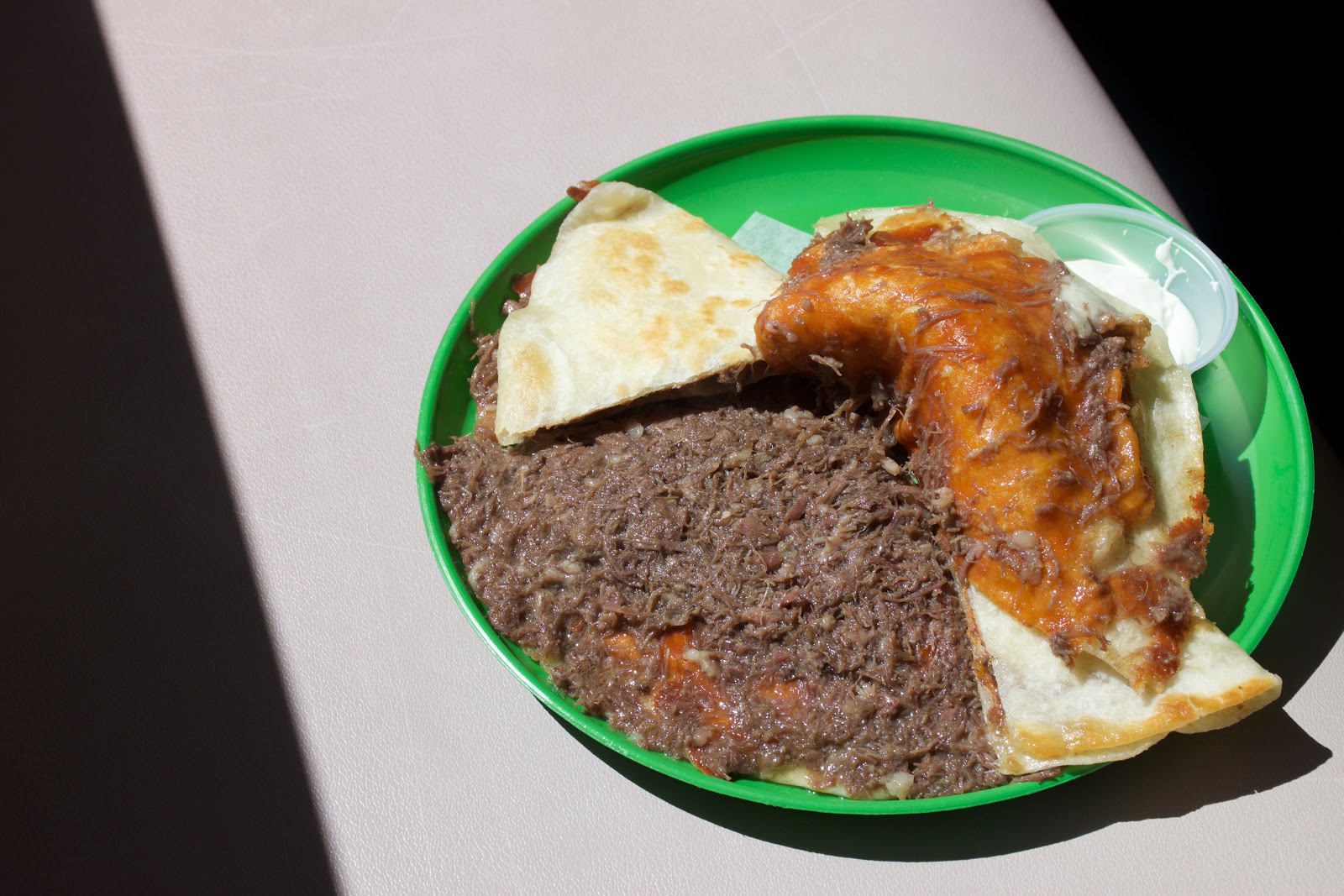 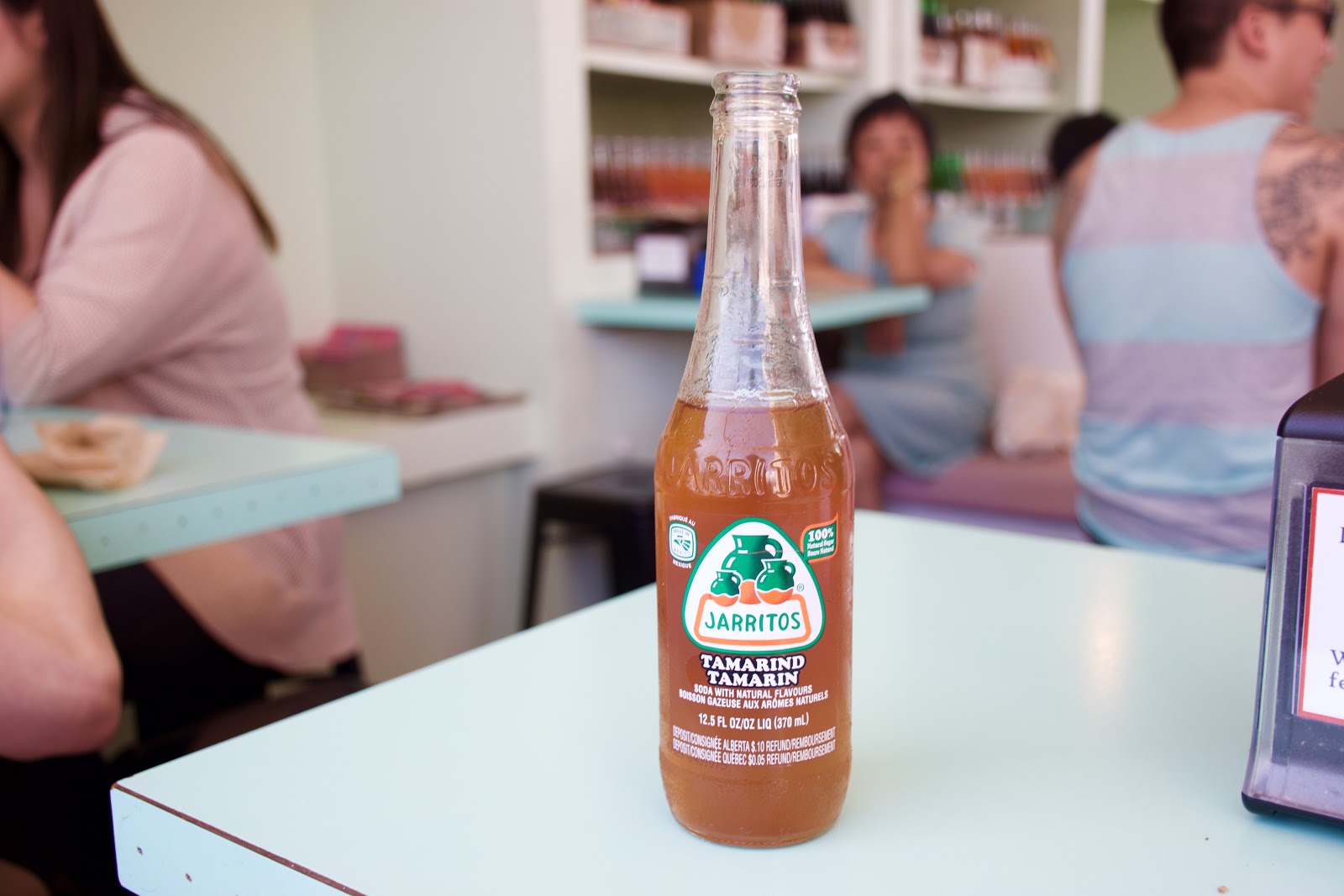 3.5/5 stars
Mmm this was really good and super refreshing!! The taramind flavour was pretty strong and just the perfect sweetness!! I really want to try more of their flavours next time!! :D 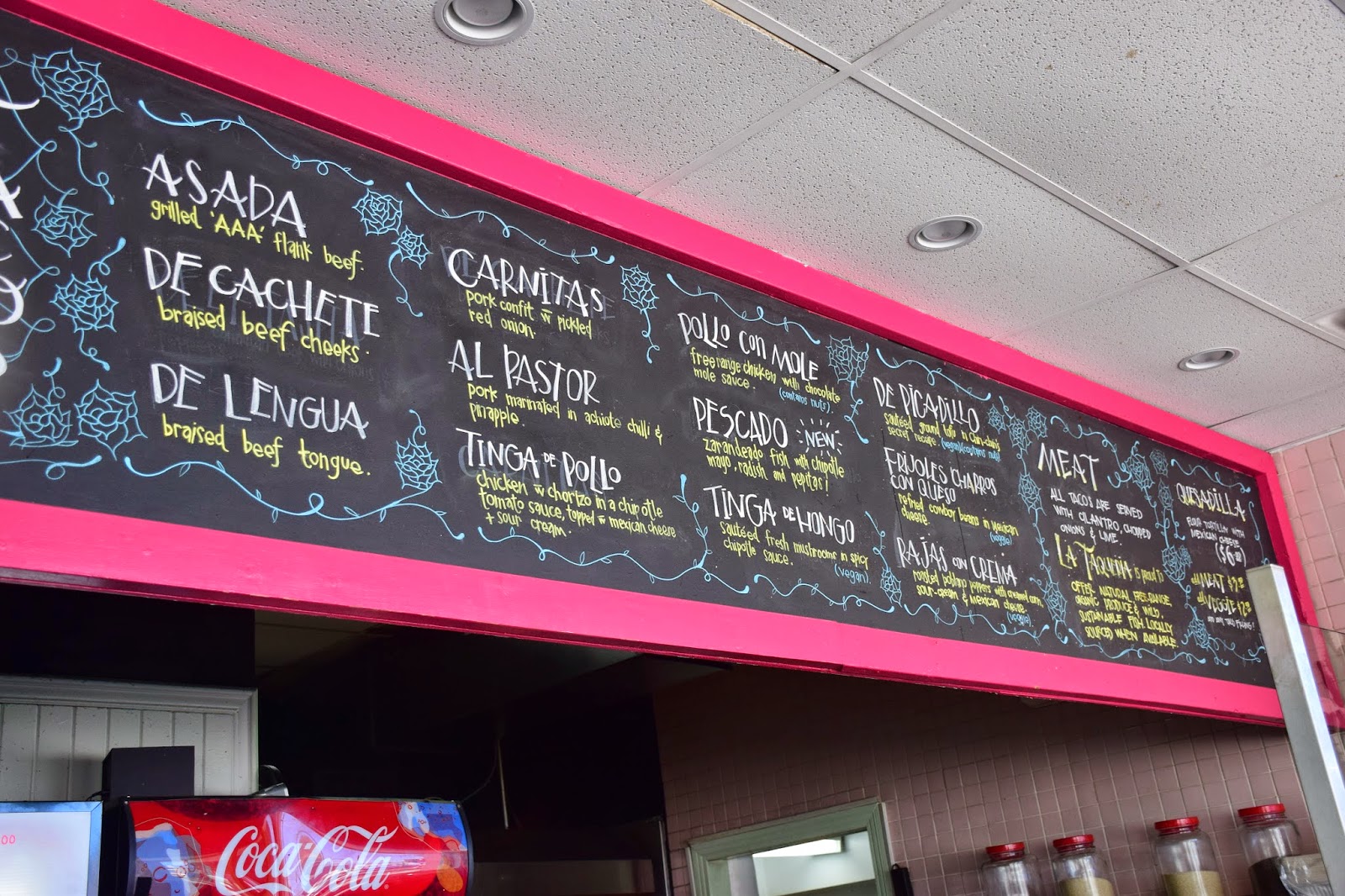 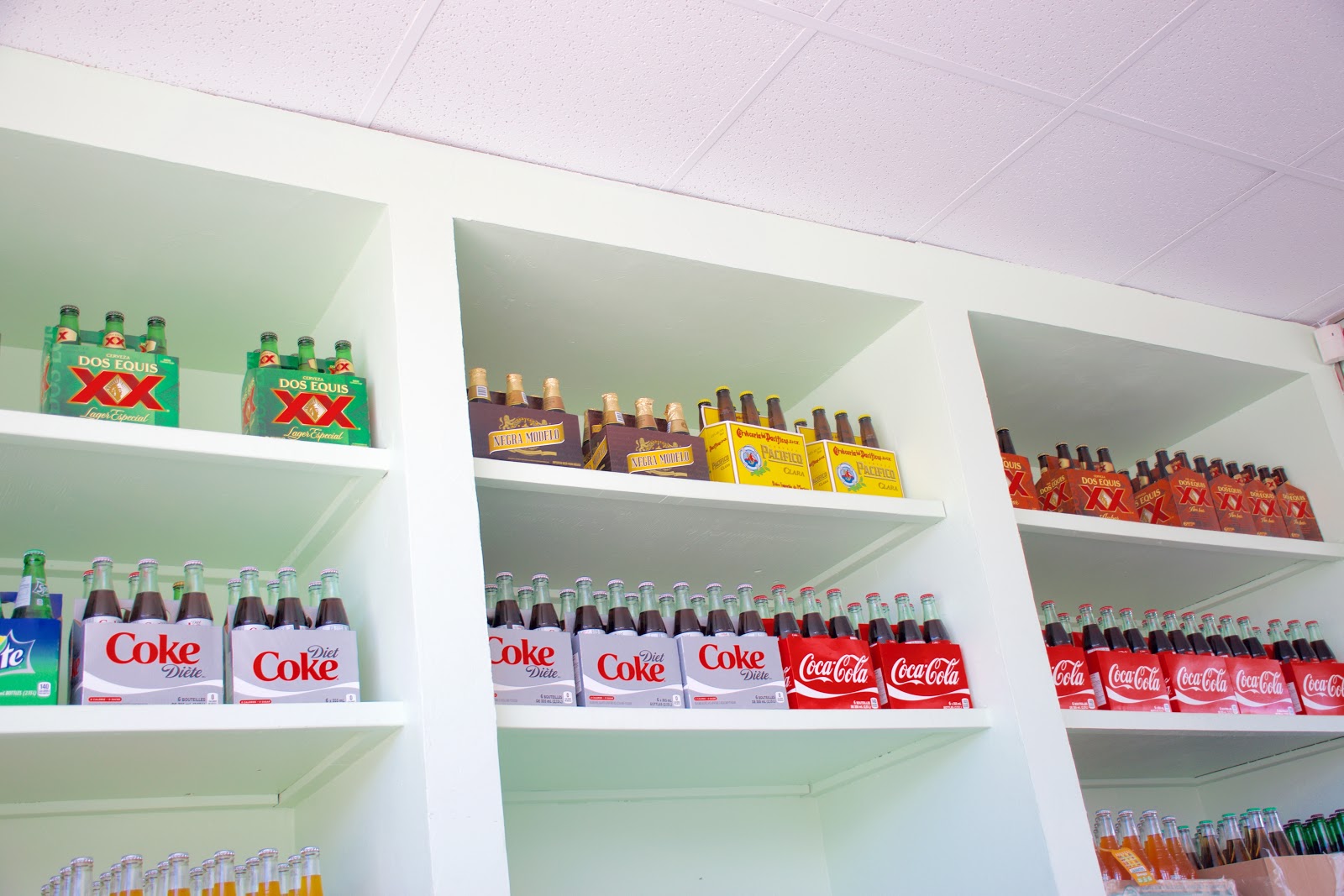