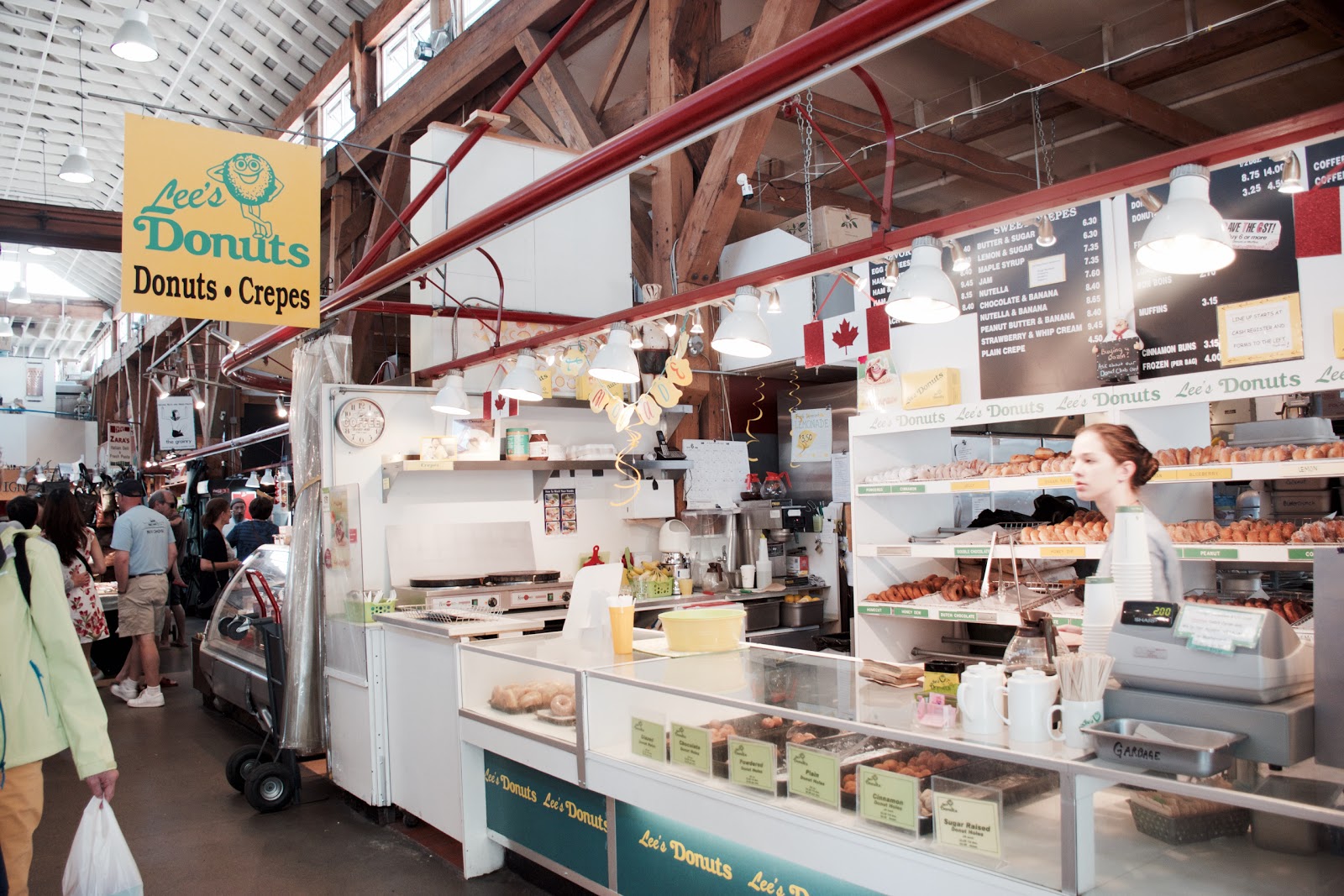 I haven't eaten a donut in a month. And that's way too long to go without a donut...right? ;)

My dad and I spent the day strolling around Chinatown (we ate lunch at Kent's Kitchen!) and driving around Stanley Park!! We went to Granville Island afterwards for some dessert hehe, because sightseeing burns major calories!! ;)

It was SO nice outside yesterday!! I'm lovin' the weather right now. I was going to stay home, but what sane person would let this amazing weather go to waste?

Lee's Donuts has been in the Granville Public Market for ages now - but this was my first time going!! The shop itself is so cute - it looks like a donut stand out of the 80s- with it's cute vintage font!! And the donuts they have displayed in the front looked too good to pass up!! :D

Cartems is my BENCHMARK donut shop in Van - but I've been trying to expand my donut vocabulary ;)

Read my review of 14 donuts from Cartems here:

And my second review here: 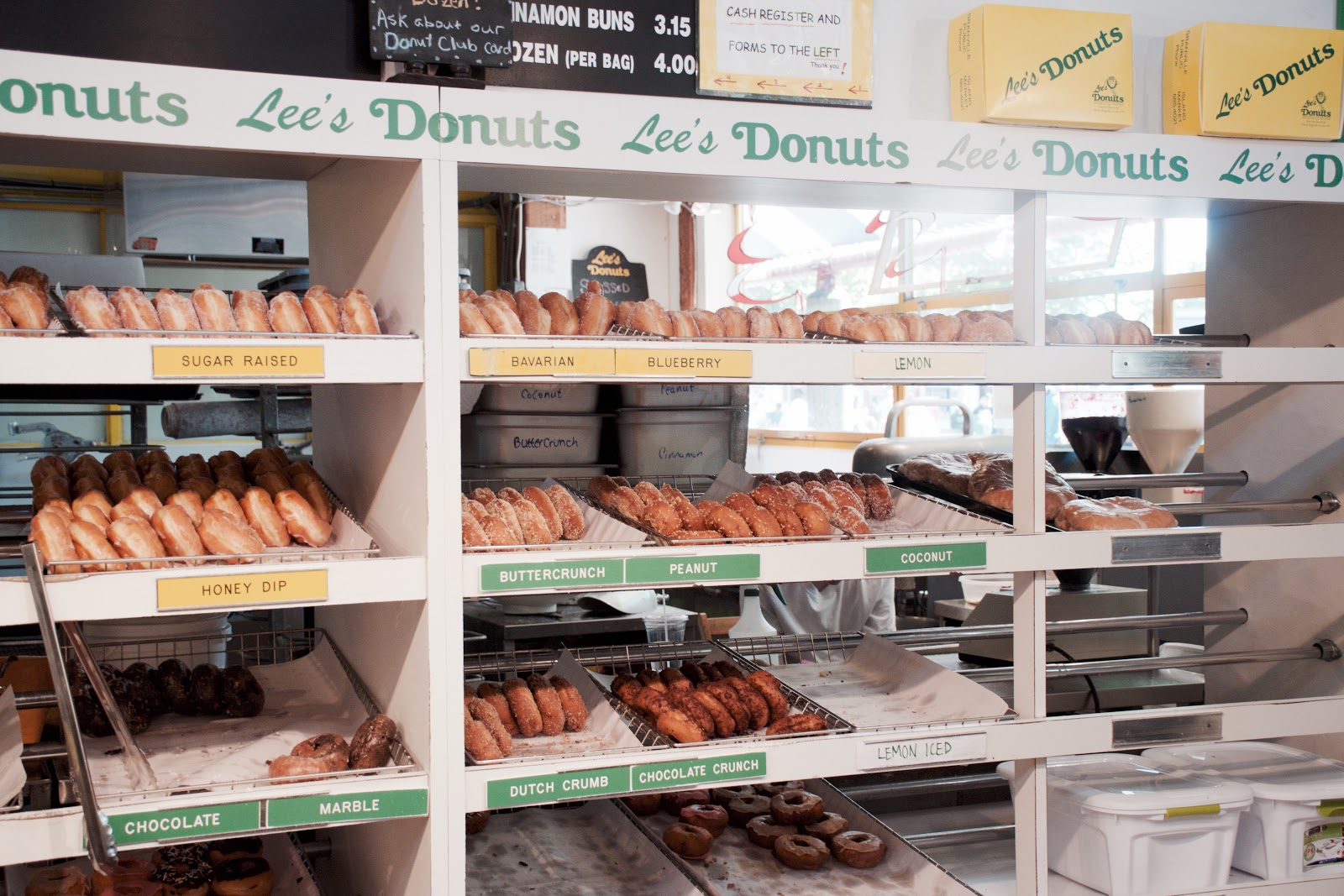 So many choices - so little stomach space! 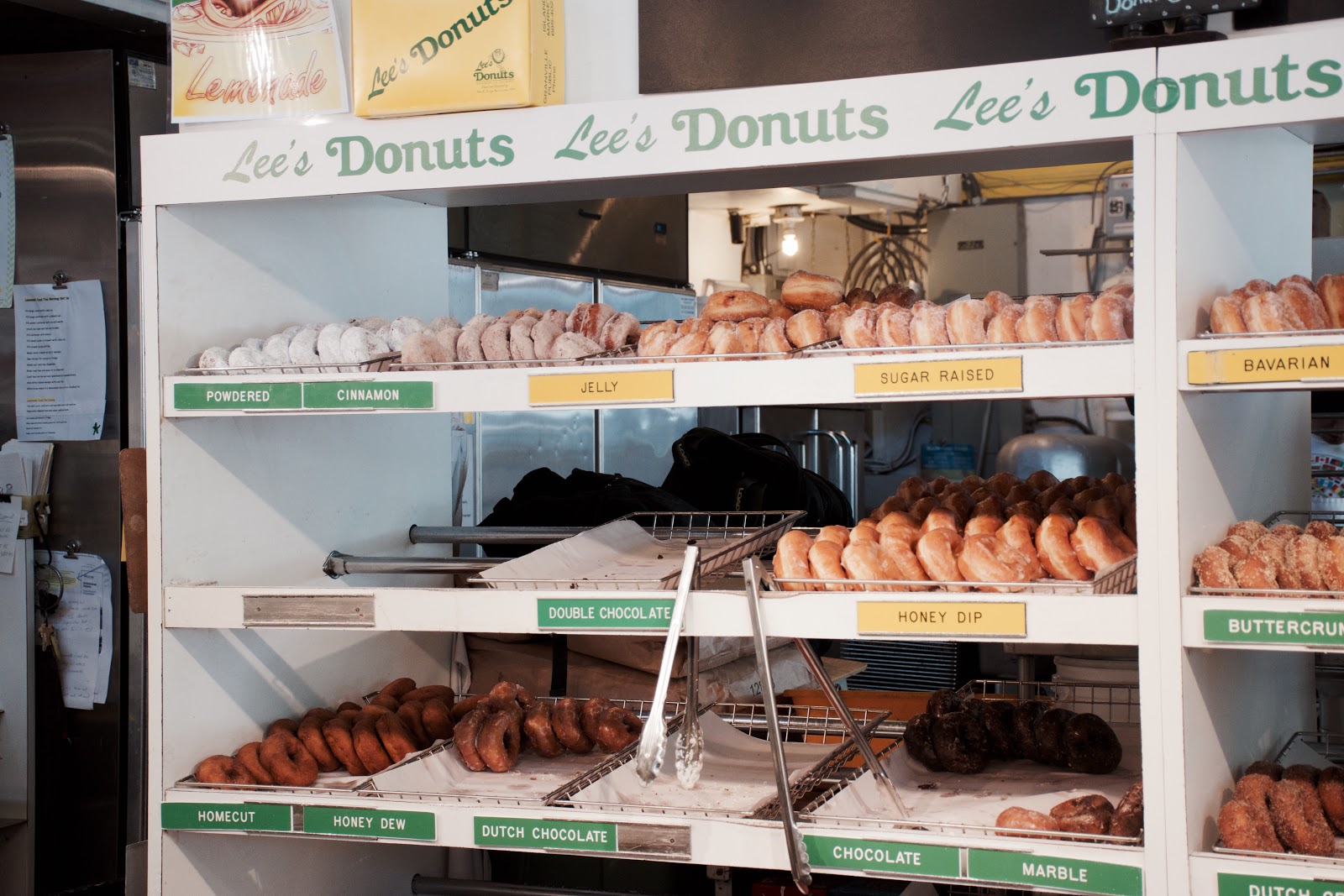 The honey flavour is their signature! 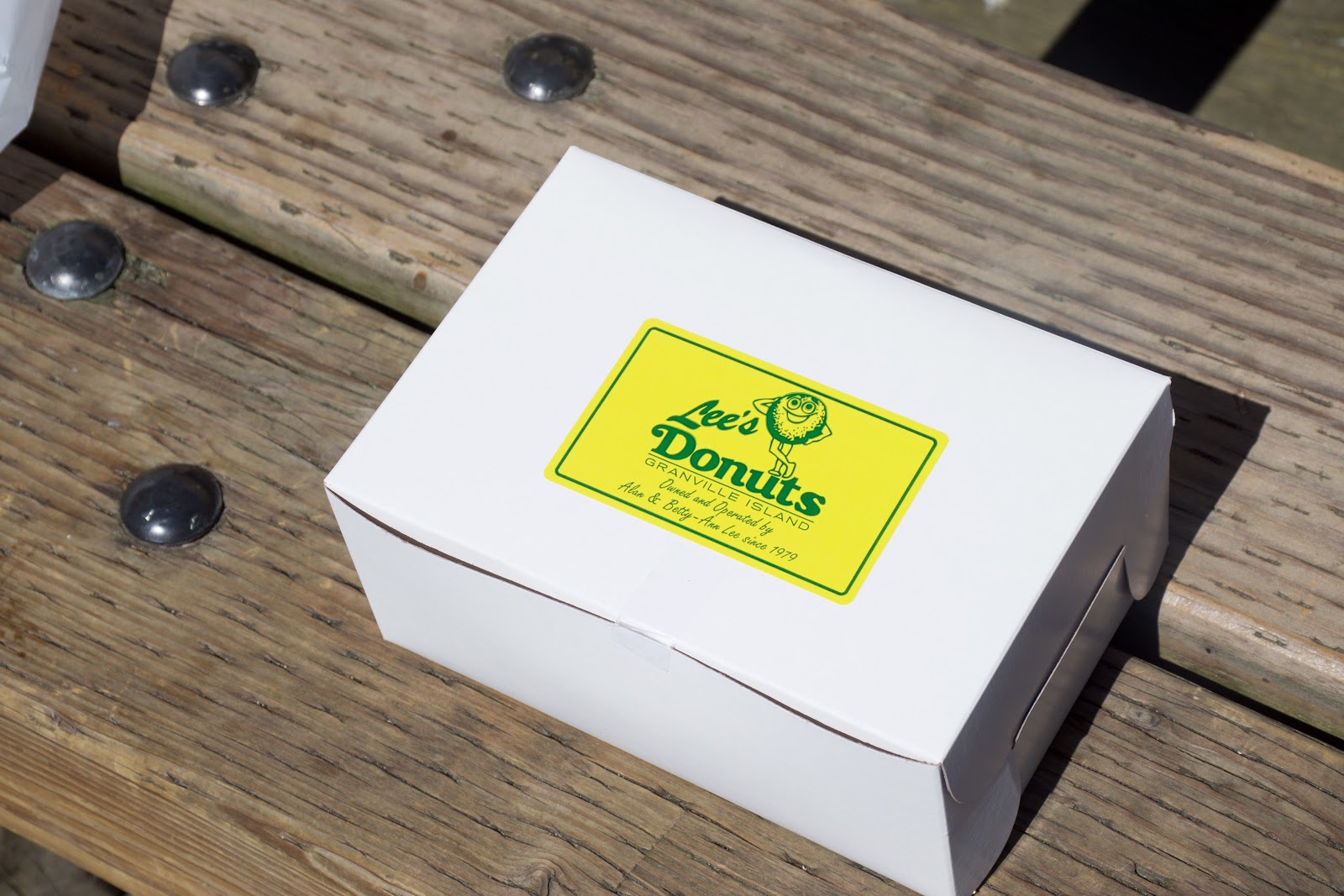 Omg - the sticker with the donut man on it is too cute! 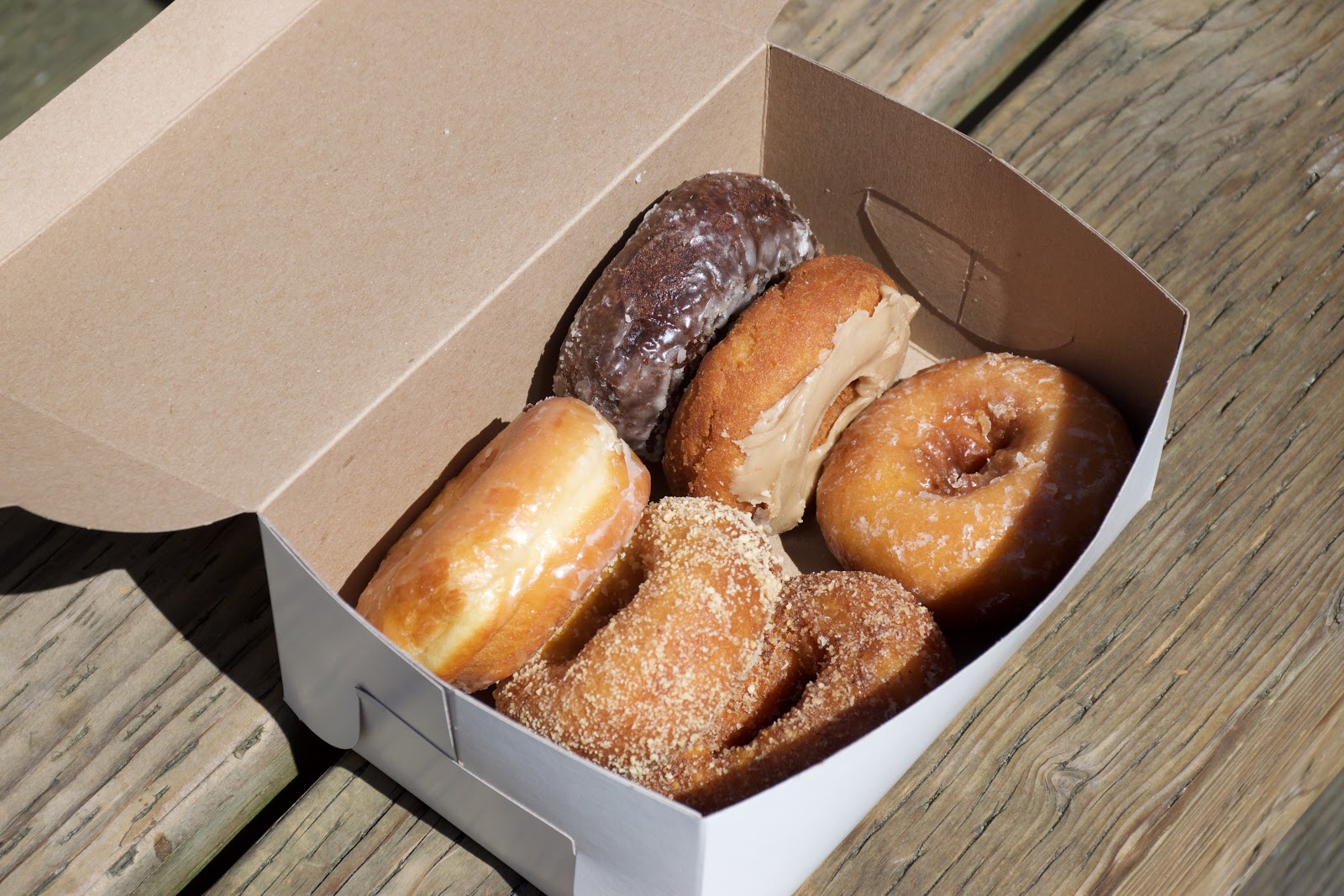 My dad and I got a box to share, because if you buy 6, there's no tax (that was our excuse!) ;)
The donuts were pretty good - but not mindblowingly so. I still prefer Cartems - my benchmark (their donuts are AMAZING!)

The donuts themselves were nice and soft, but the inside was a bit dense and not as fluffy as I was hoping. I would've preferred if they were glazed a bit more because the flavours were on the weak side (with the honeydew, buttercurmb, and honey)

They weren't overwhelmingly sweet - which was nice!! Aside from the maple glaze one had a thick layer of frosting on top!! :D 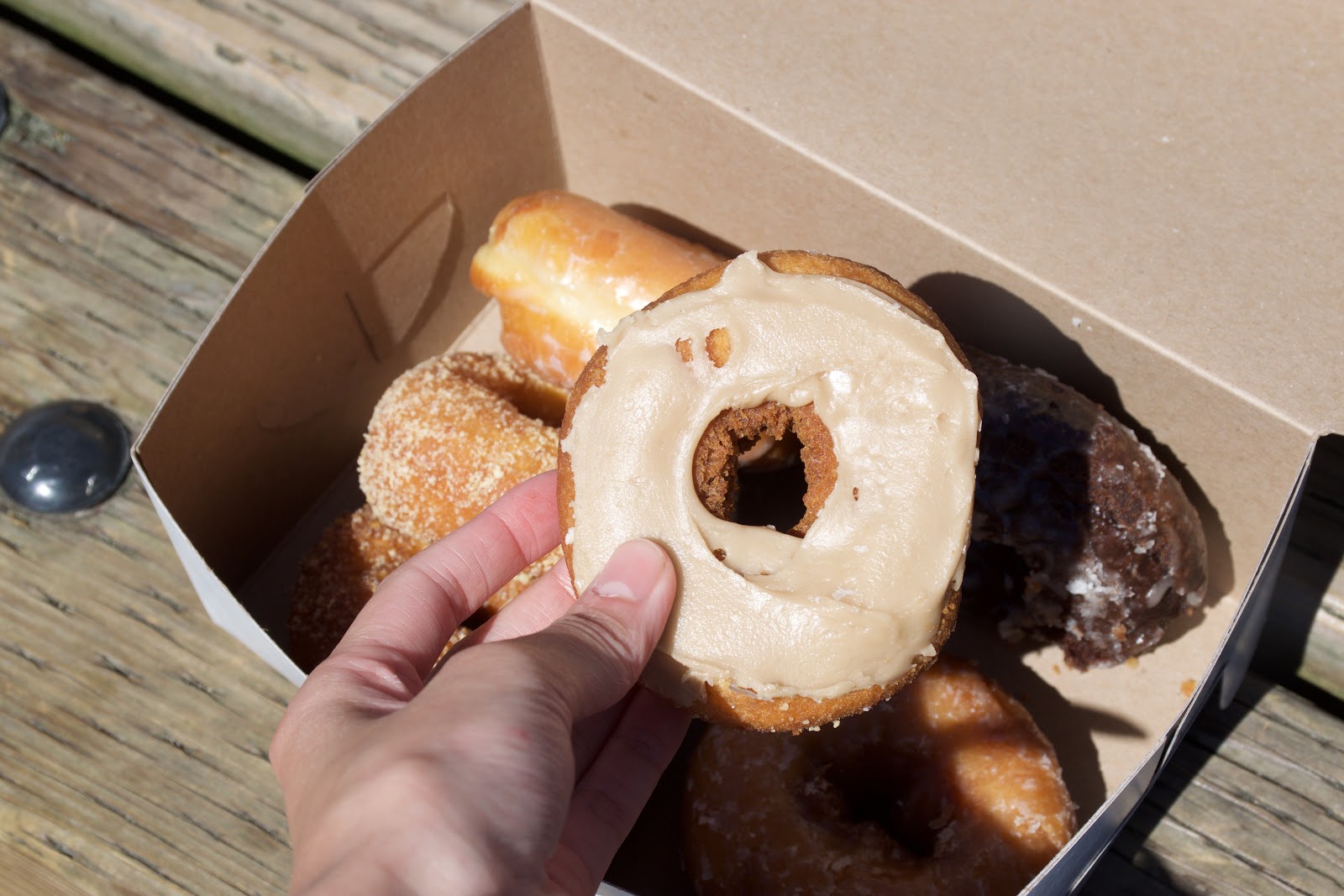 This one had maple frosting on top!! :D 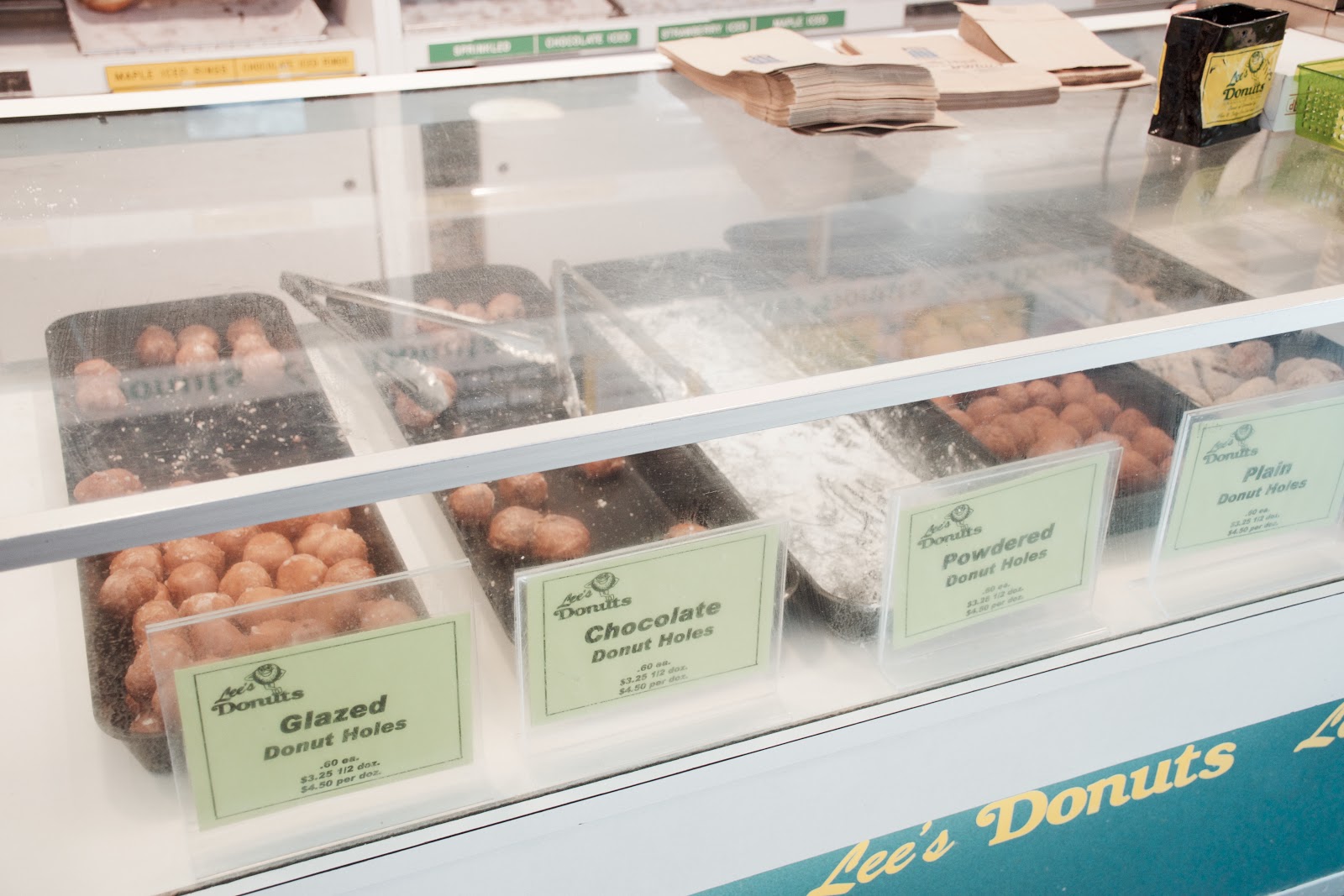 Donut Holes for the less indulgent ;) 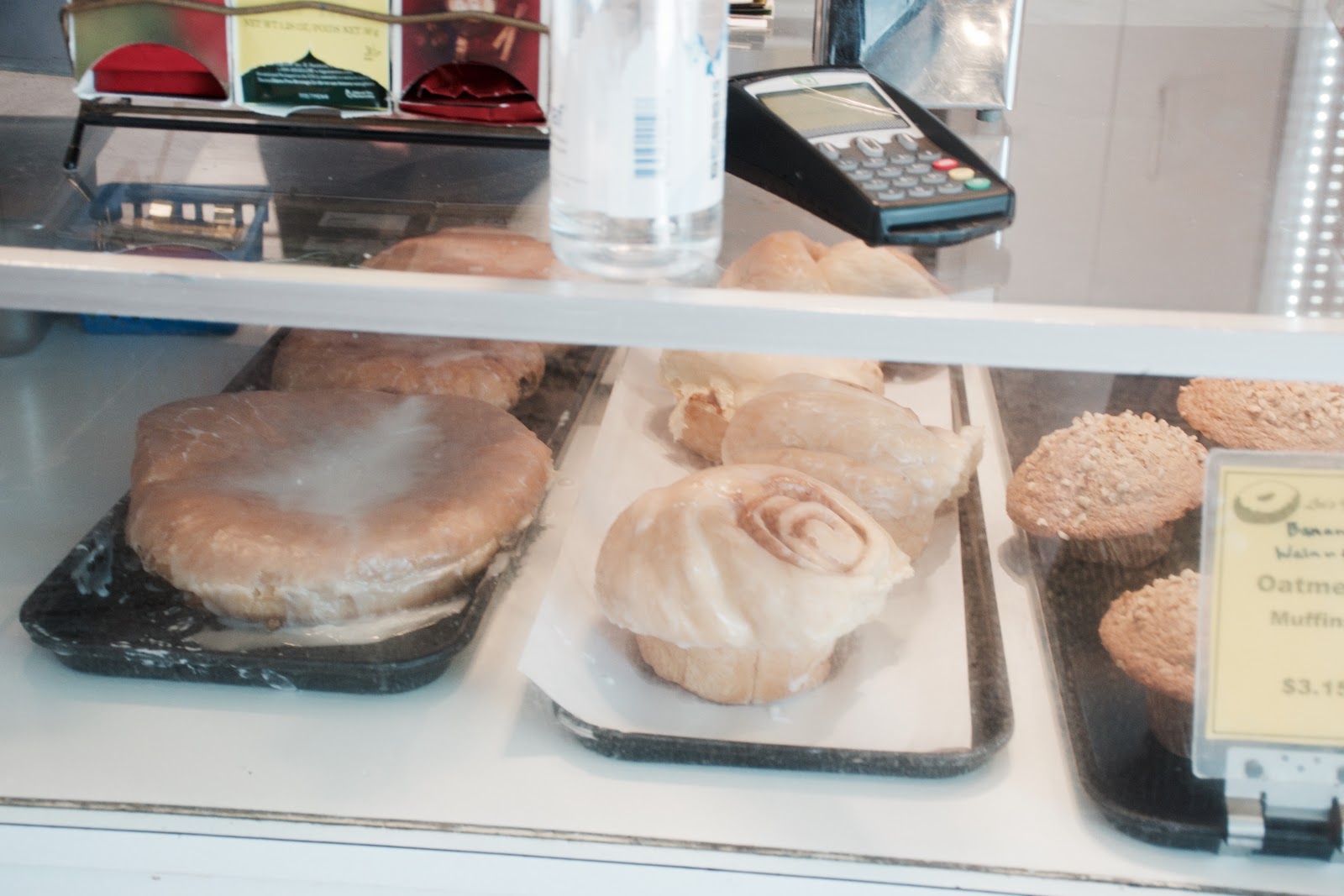