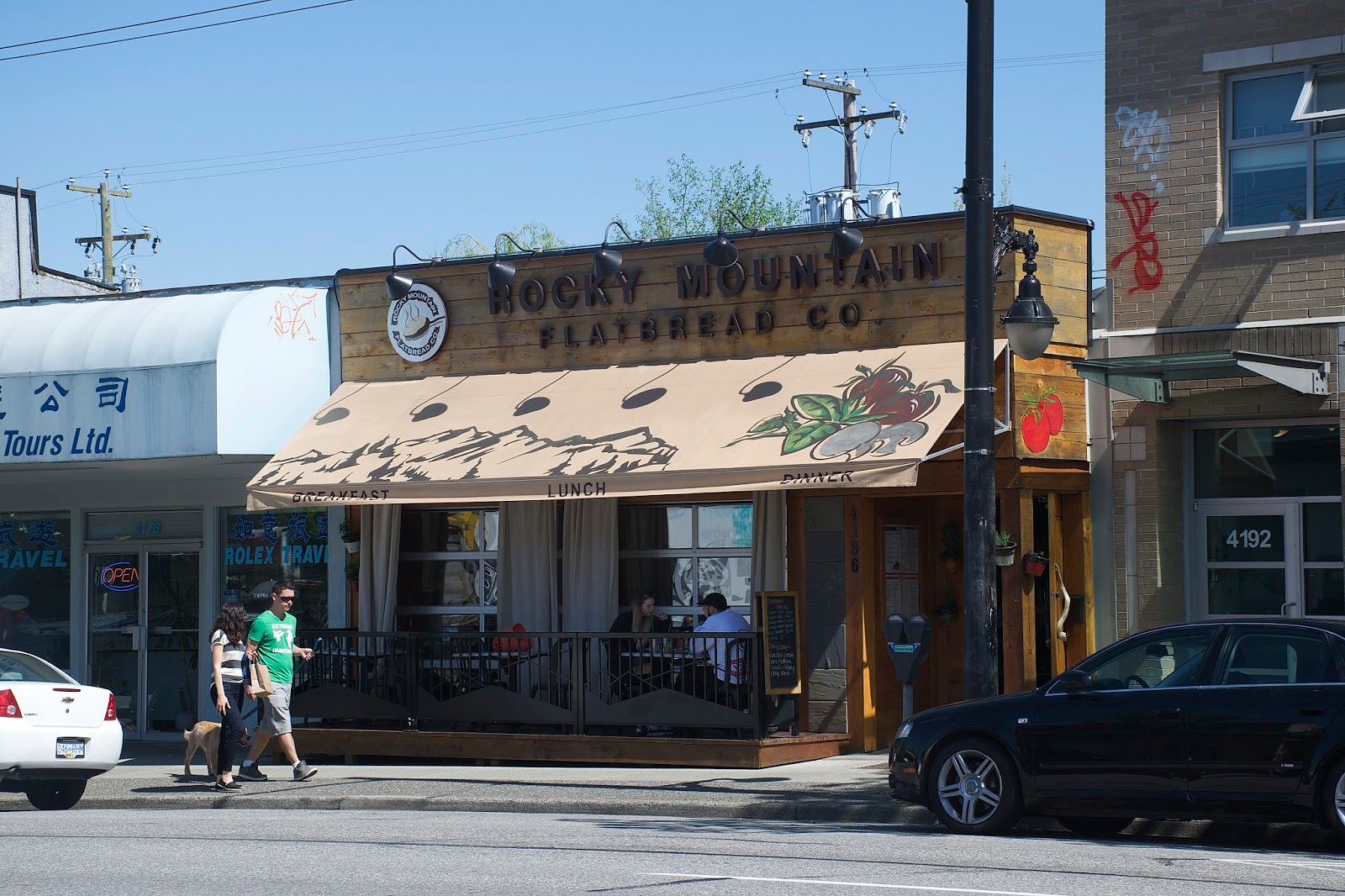 First. A moment of silence - for the death of Urbanspoon. You will be missed. Urbanspoon has been a part of my life since 2013, I've logged on everyday since. Although it's still "there" in a sense, Zomato will never replace US. Sad, but life goes on.

I'm going to miss your blueness. How you united foodies from all over Vancouver. How you made me hunger in the middle of the night. I always liked you better than Yelp.

You will be missed.


Well, that was depressing LOL. Let's get on to the fun stuff now, shall we? ;)


Yesterday my mom and I had a swell time chatting and nomming on yummy pizzas at Rocky Mountain Flatbread on Main! Nothing like eating some fine pizza on a patio on a (not so) beautiful afternoon. It was actually freezing outside, but I still wanted to sit on the patio because the lighting was better LOL (the things I'll do for a good picture.) If the weather was better, it would've been perfect hehe. I was afraid that our pizza would get cold really quickly so I used plates to cover our pizzas hahaha (and our pizzas stayed warm the entire time!) :D

We were planning on going to Trafiq later for cake (or maybe Earnest, or both LOL) but we were too full by then! ;)


I was invited by the kind folks at RM and even though this meal was compted (excluding tips) you guys know me, I'll only give my honest opinion, and the fact that I was invited doesn't change my opinion on the food!! :D 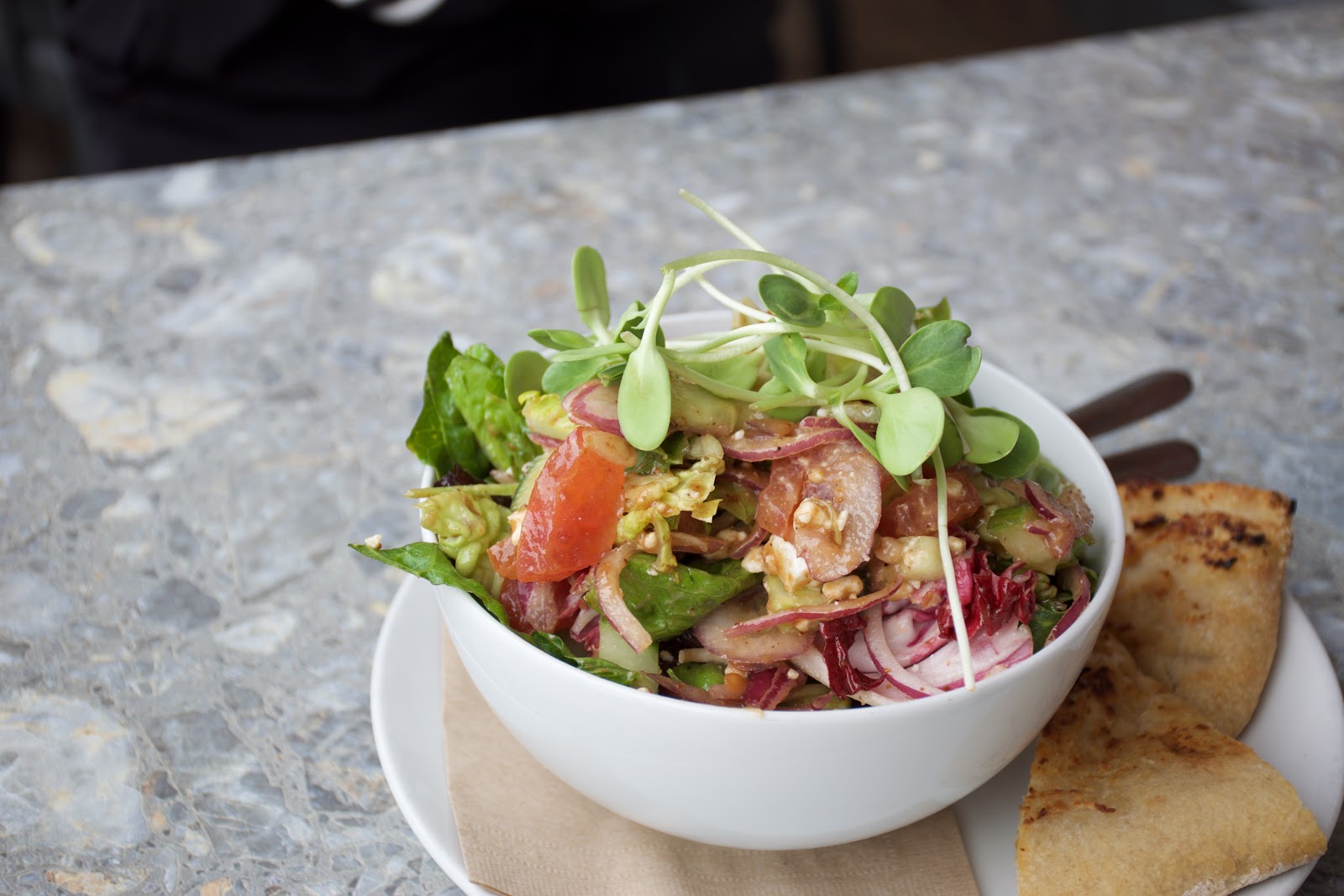 4/5 stars
This was probably the best thing out of everything that we tried!! The salad came in a huge bowl (perfect for sharing!) and it was doused with a ton of ingredients. The fig flavour was really prominent, and the goat cheese added that extra pungentness. The flavours were really bold, and meshed really well!! The salad was pretty fresh - it also came with some of their garlic bread on the side. 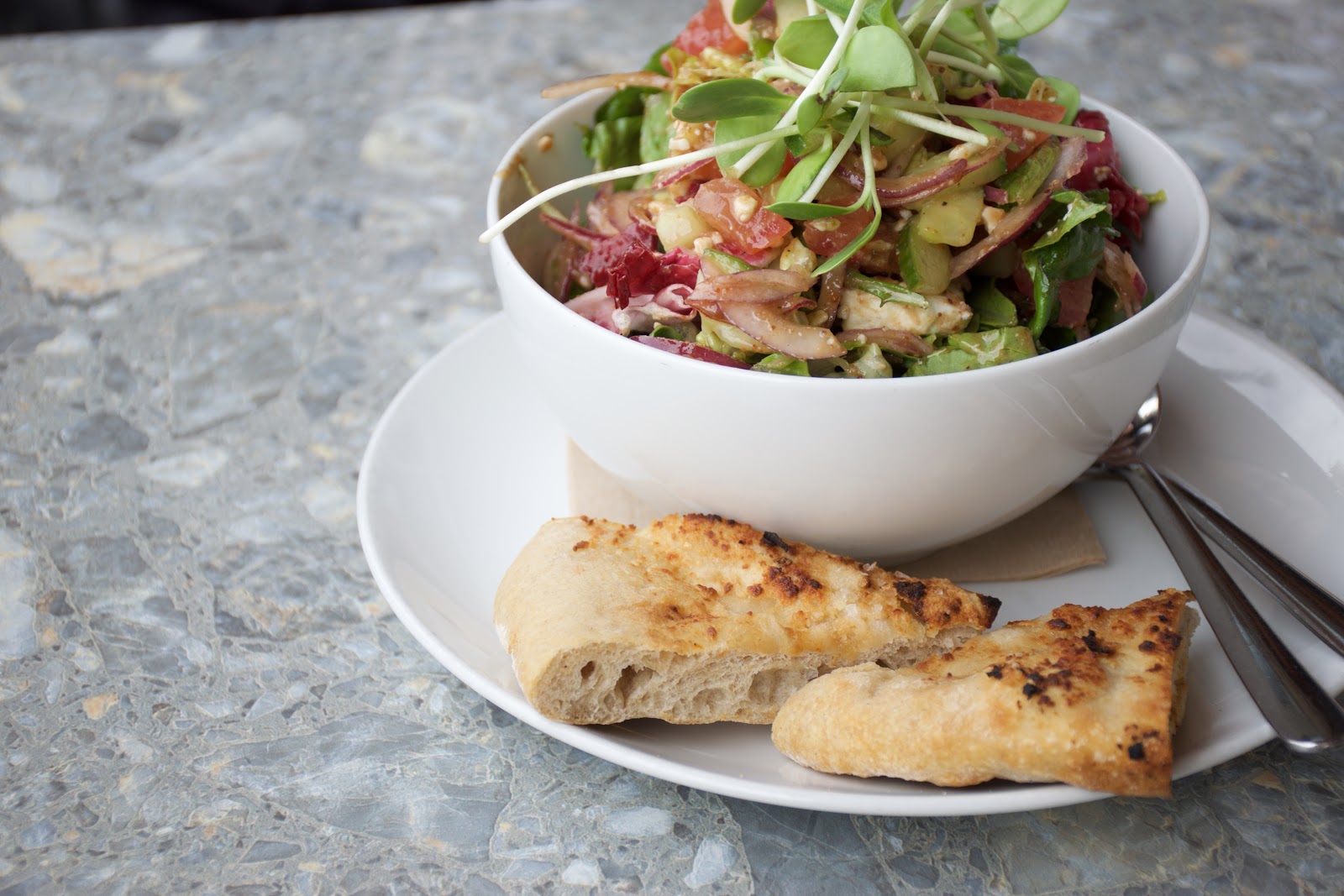 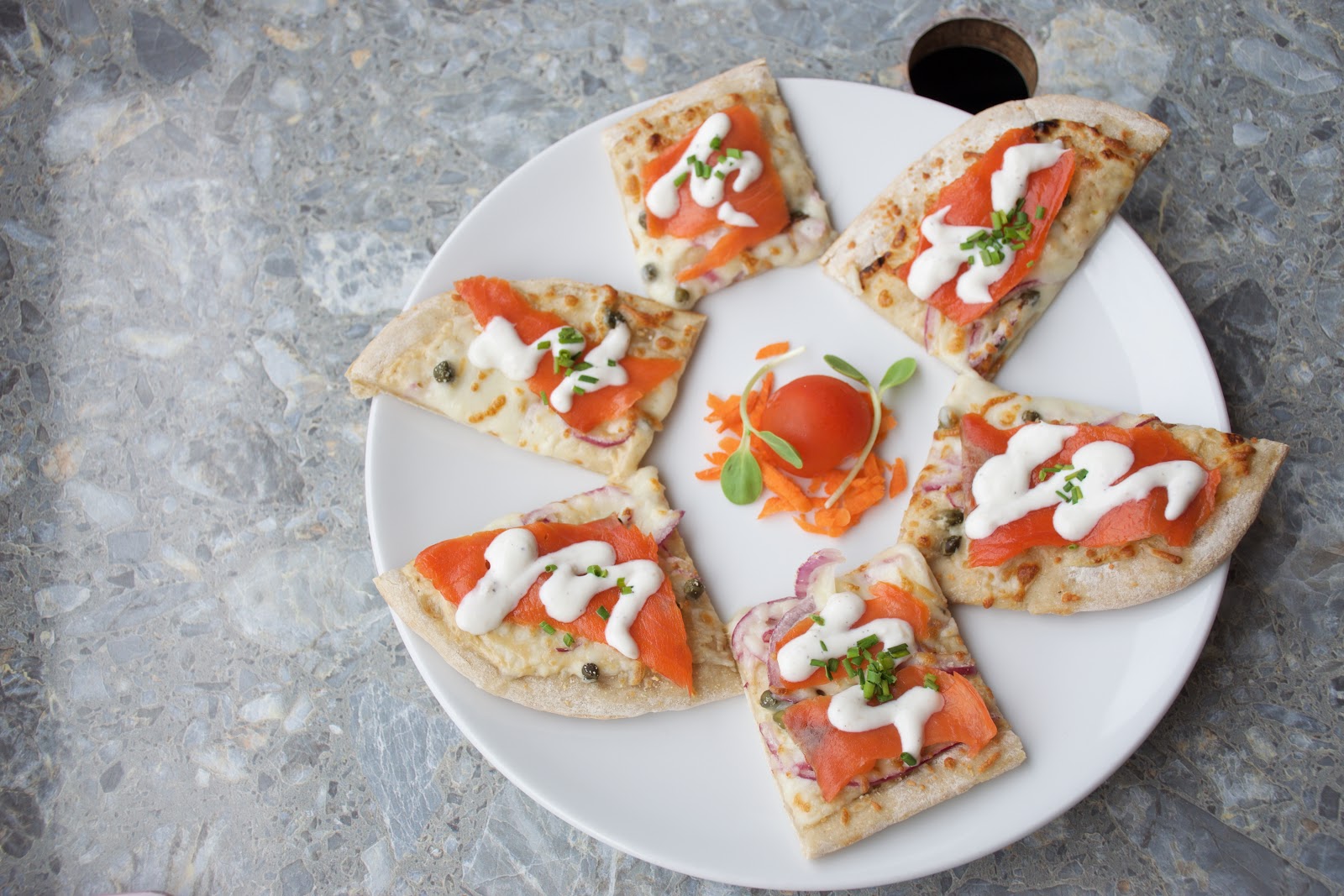 3.5/5 stars
This was pretty good - but I still prefer Trilussa's smoked salmon flatbread (The Vancouver) across the street!! It was a nice way to start our meal, and made us anticipate our pizzas even more! The sockeye tasted fresh, and the roasted garlic flavour was really strong. The bread was nice and crunchy!! I couldn't really taste much of the horseradish though! 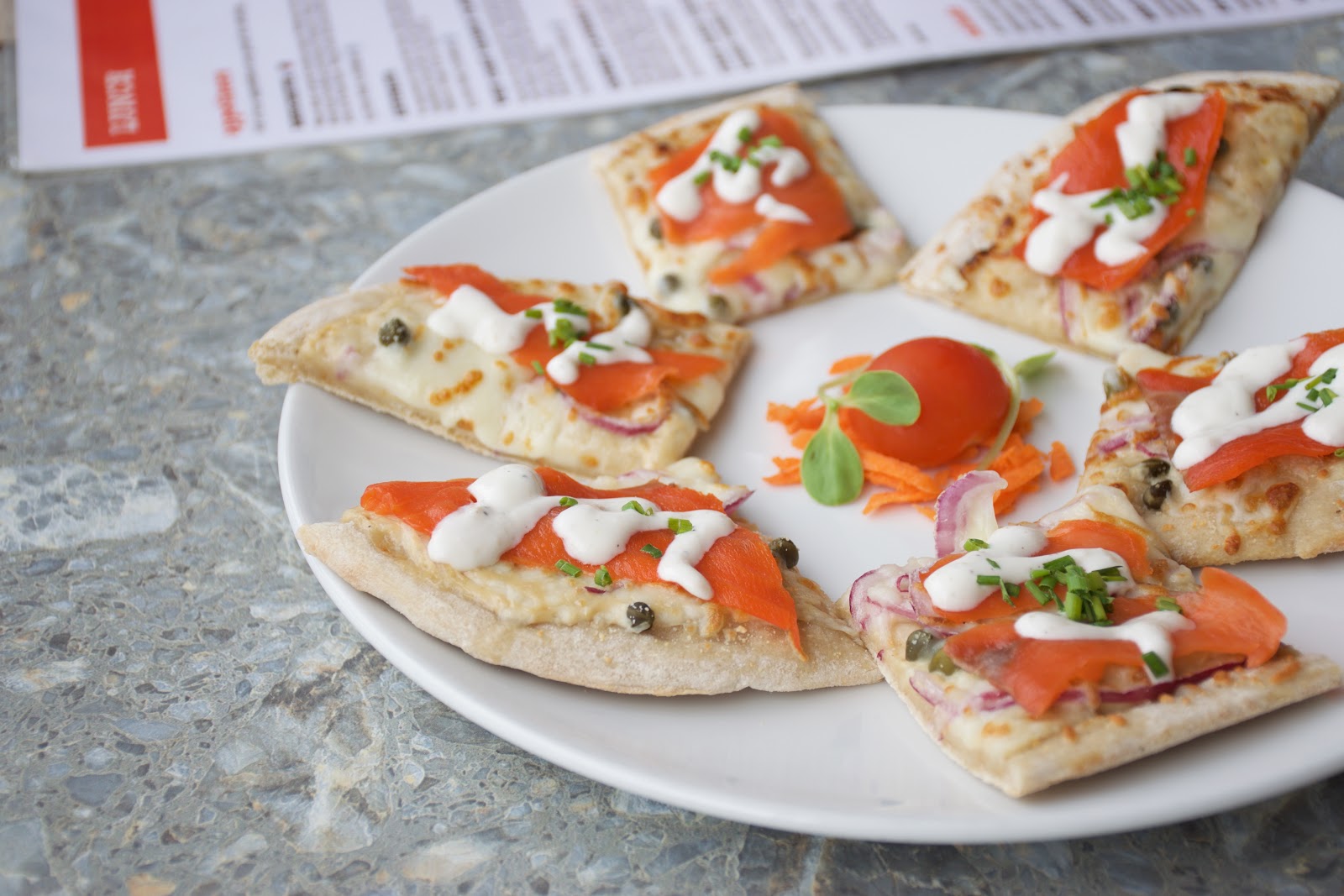 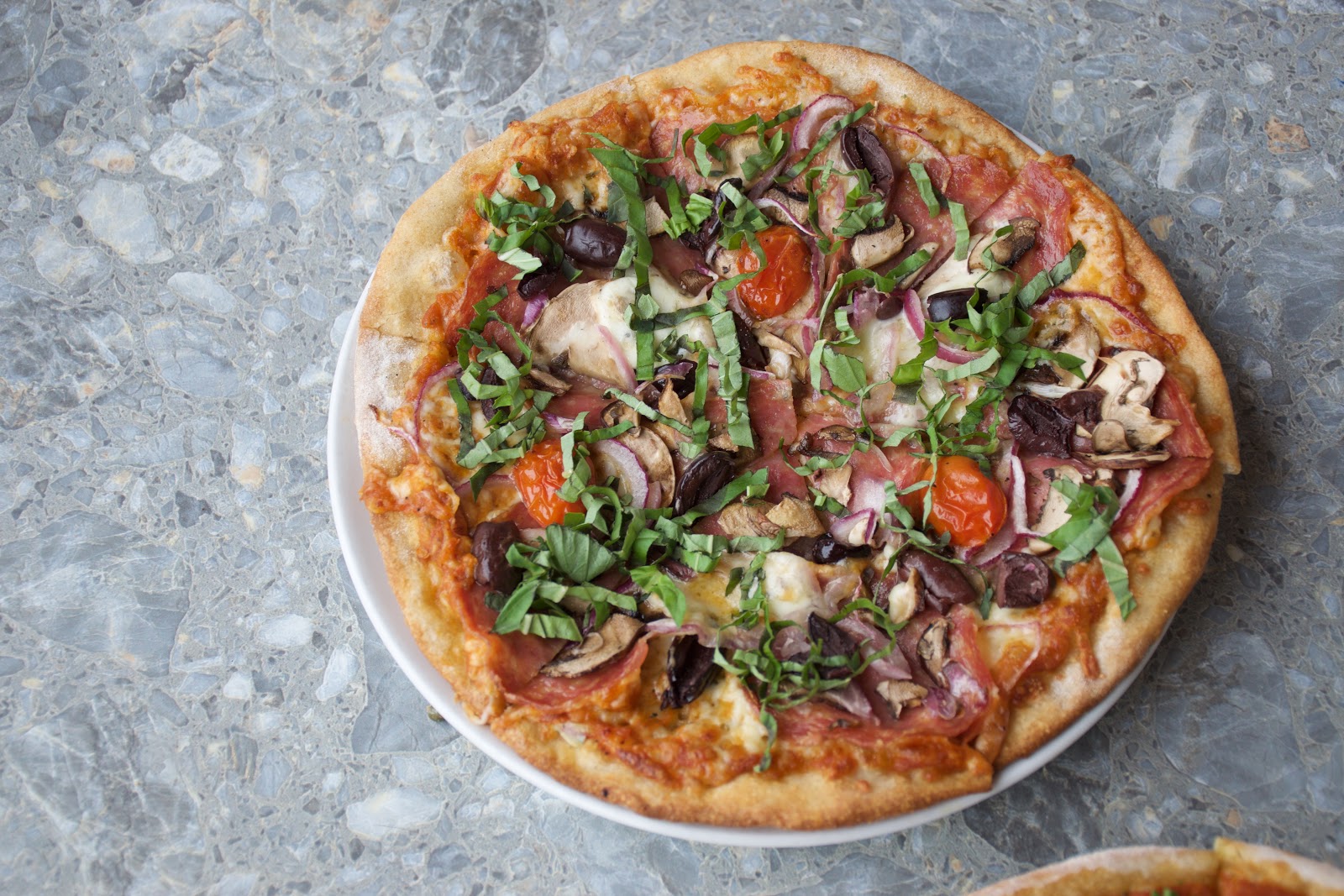 3.5/5 stars
This was delicious pizza - there was ample ingredients, and the flavour profile was really strong! The oregano, and olives were the dominate flavours, with the cheese lingering in the background. The cherry tomatoes added that extra bit of freshness! 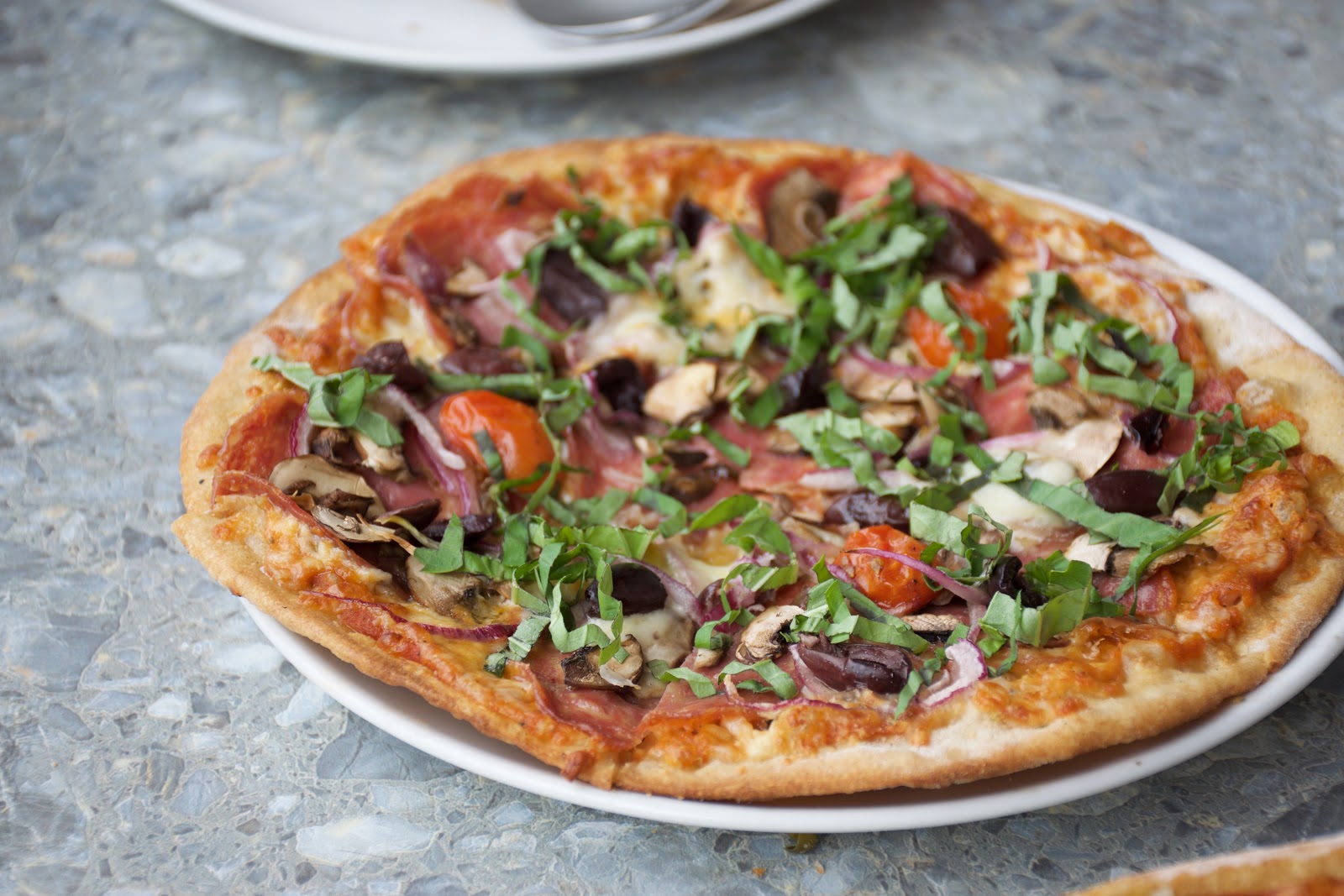 This was surprisingly good for a non pasta place! The noodles are handmade, and they were cooked al dente! It wasn't too heavy on the cream, but it was really fragrant, and flavourful! Their pastas change on a daily basis, so this one might not there when you go! 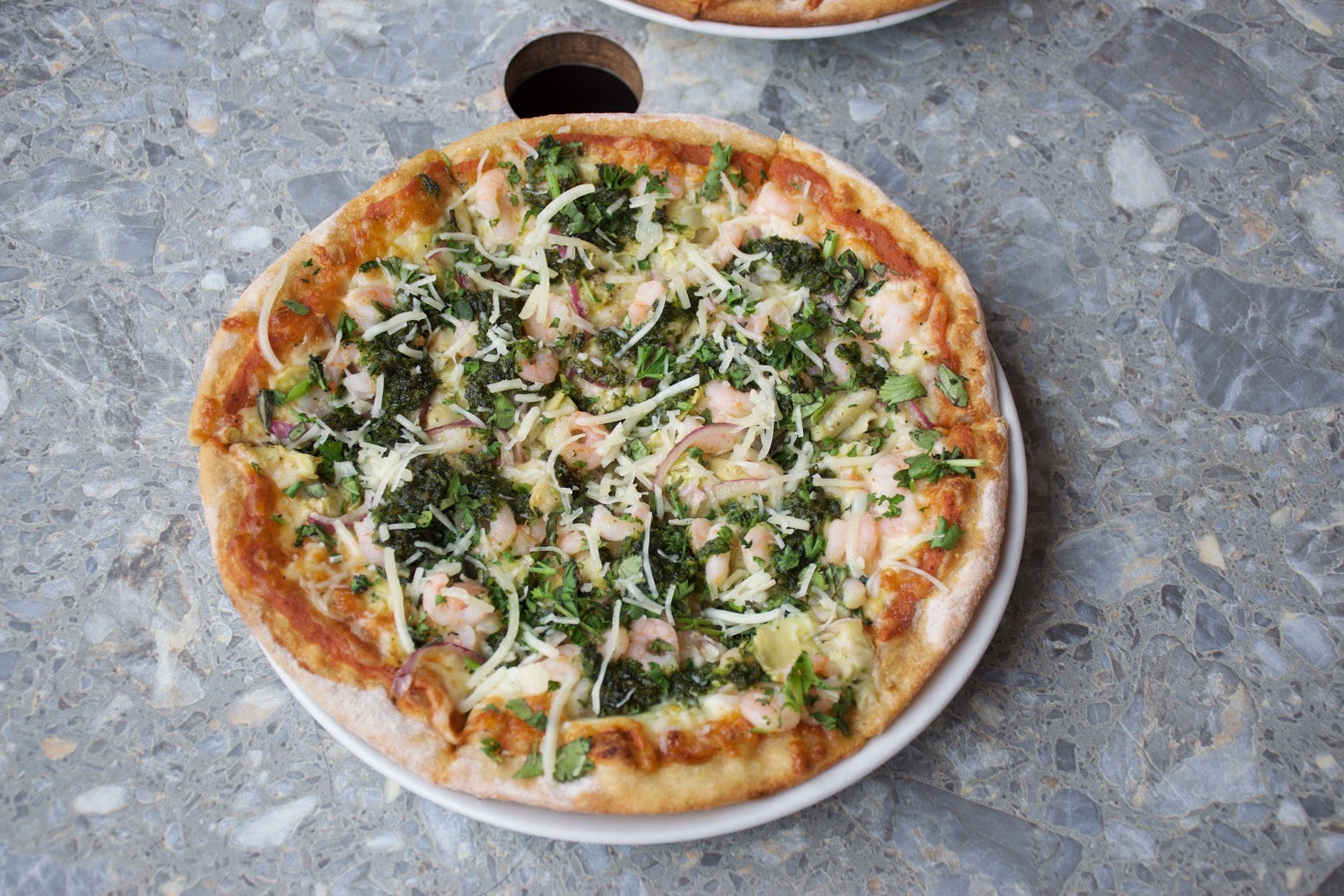 3/5 stars
My mom liked this a lot - but it was my least favourite! While there were ample ingredients, I found the pizza a bit bland in comparison to the other one. My mom really appreciated how it wasn't too salty though haha!! The dominant flavour is definitely the spinach and herbs!! 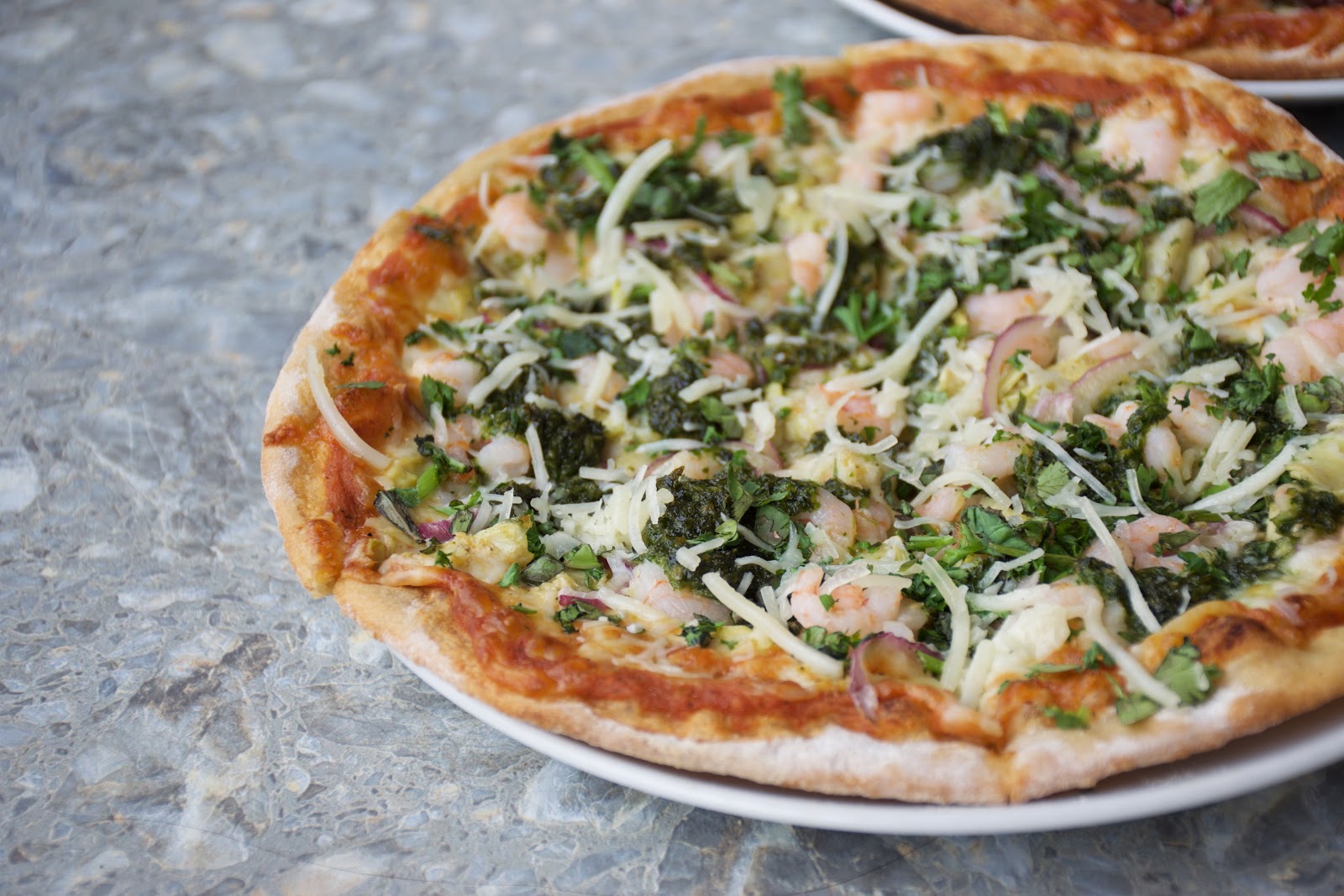 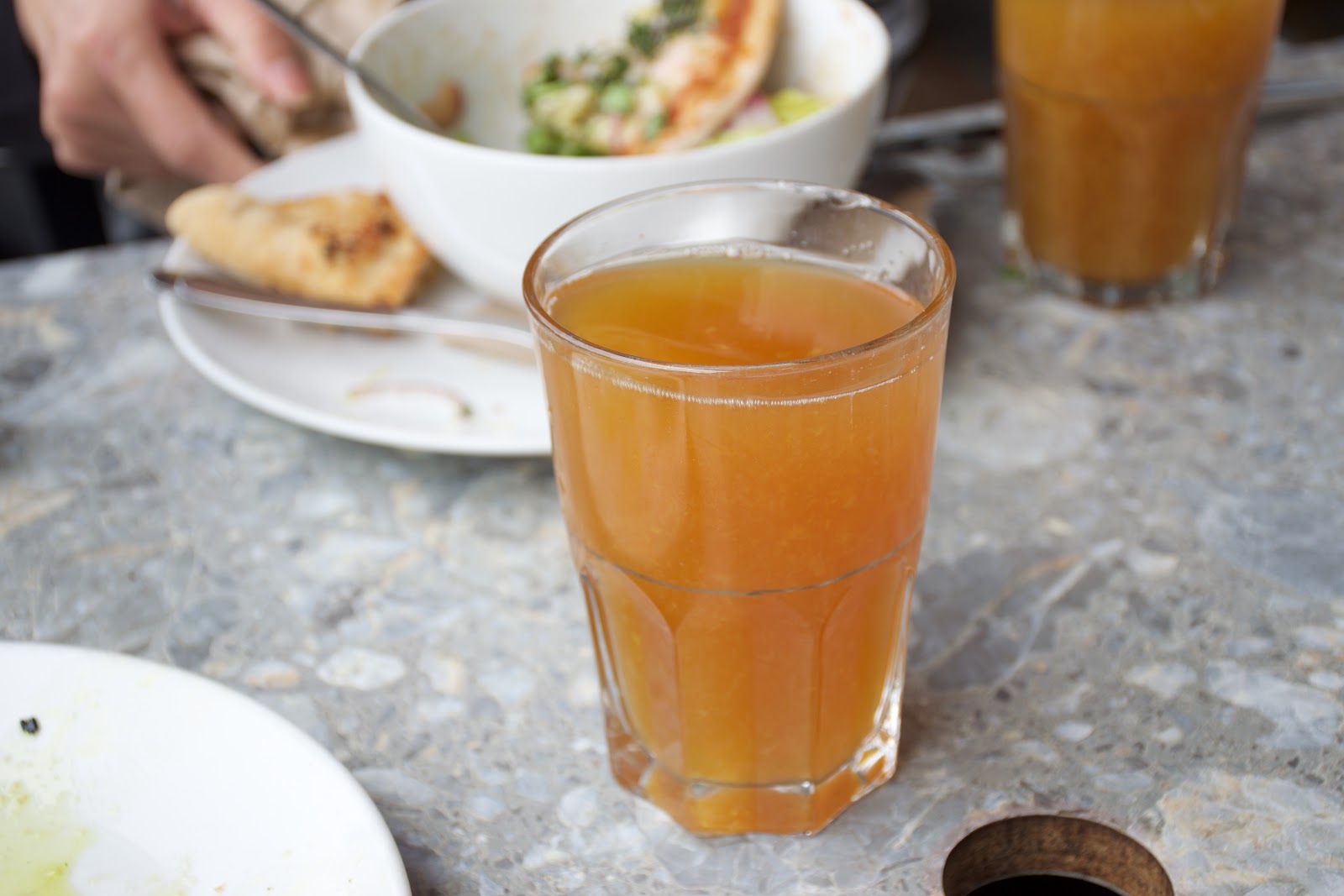 4/5 stars
This was really yummy, and super refreshing! I loved how they had bits of lemon in it instead of putting a slice in there! It was subtly sweet from the maple syrup, but the tea flavour wasn't too strong! Still enjoyable though! 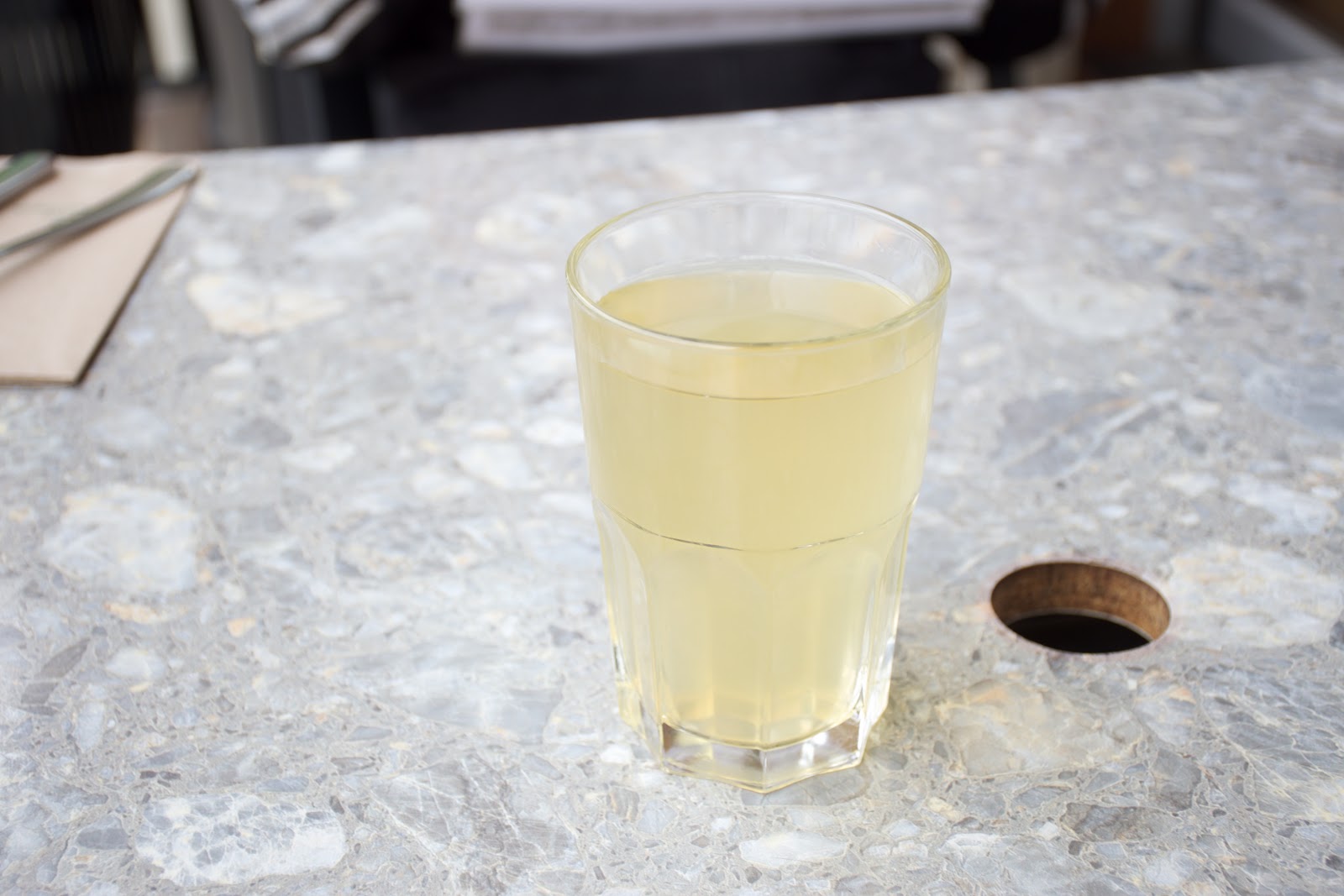 Lemonade
4/5 stars
This was great, I don't think they added any sugar in it, because it didn't taste sweet at all, it just tasted sour haha!! 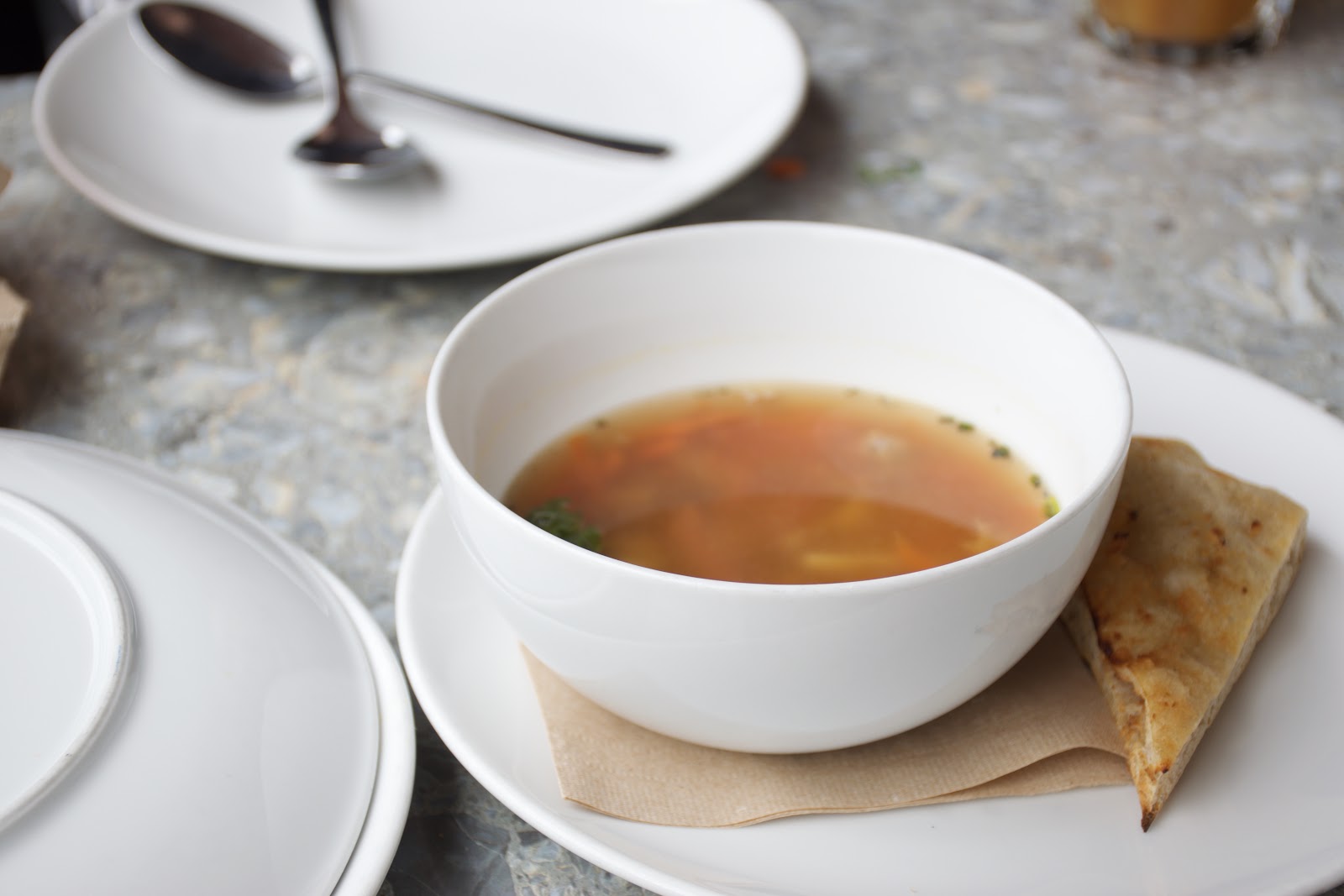 Chicken Soup
3/5 stars
Really light, with a lovely, fragrant chicken stock! There was a ton of veggies in there too, pasta and pieces of lean chicken. It also came with a side of garlic bread. I've tried their leek potato soup before and it was also pretty good! 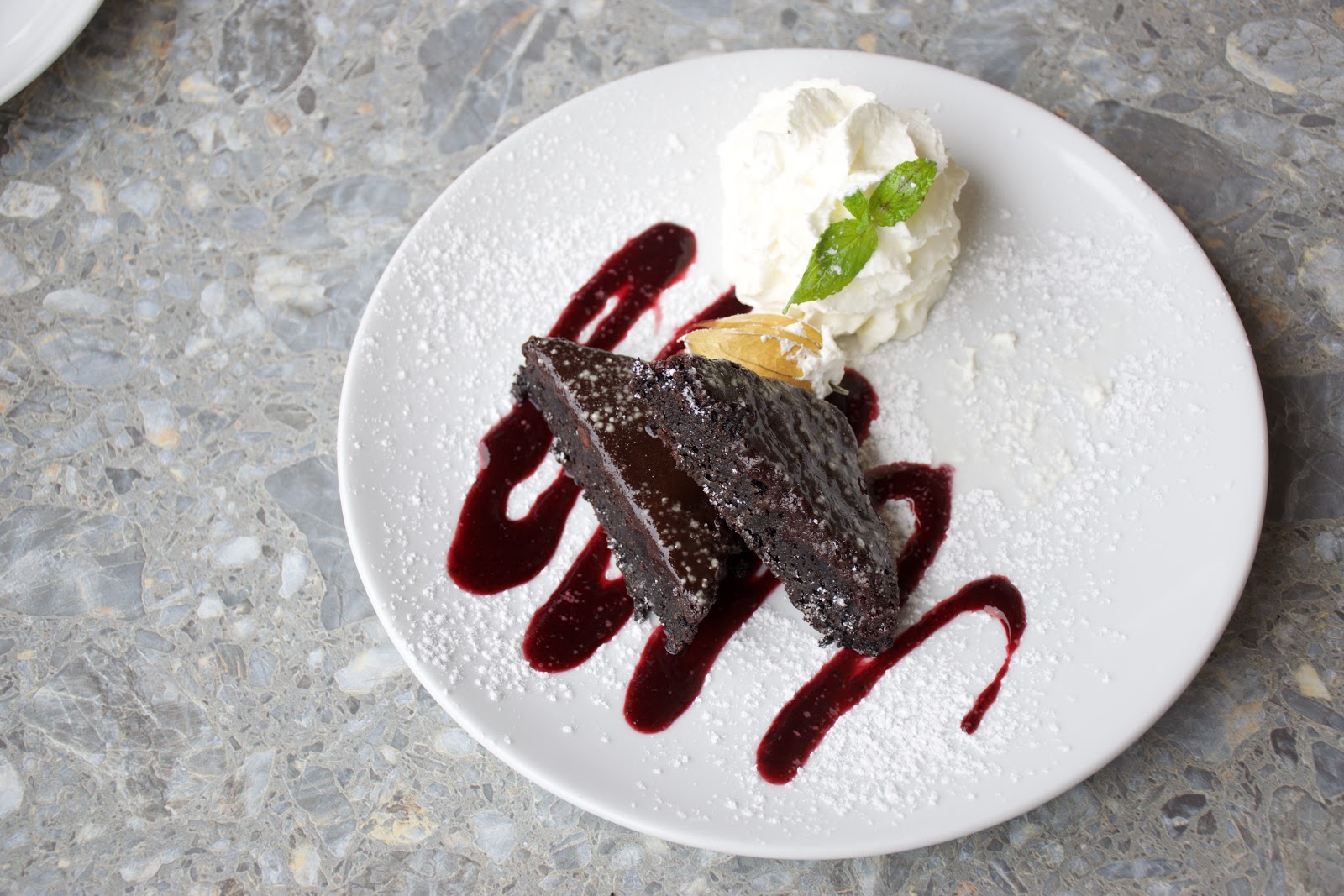 Hehe, who can say no to dessert?! This was really yummy, it wasn't too sweet and the raspberry added that extra ting of sourness!! The brownie itself was quite moist (although a bit dense) but it had this lovely smokey flavour to it, which was really unique! 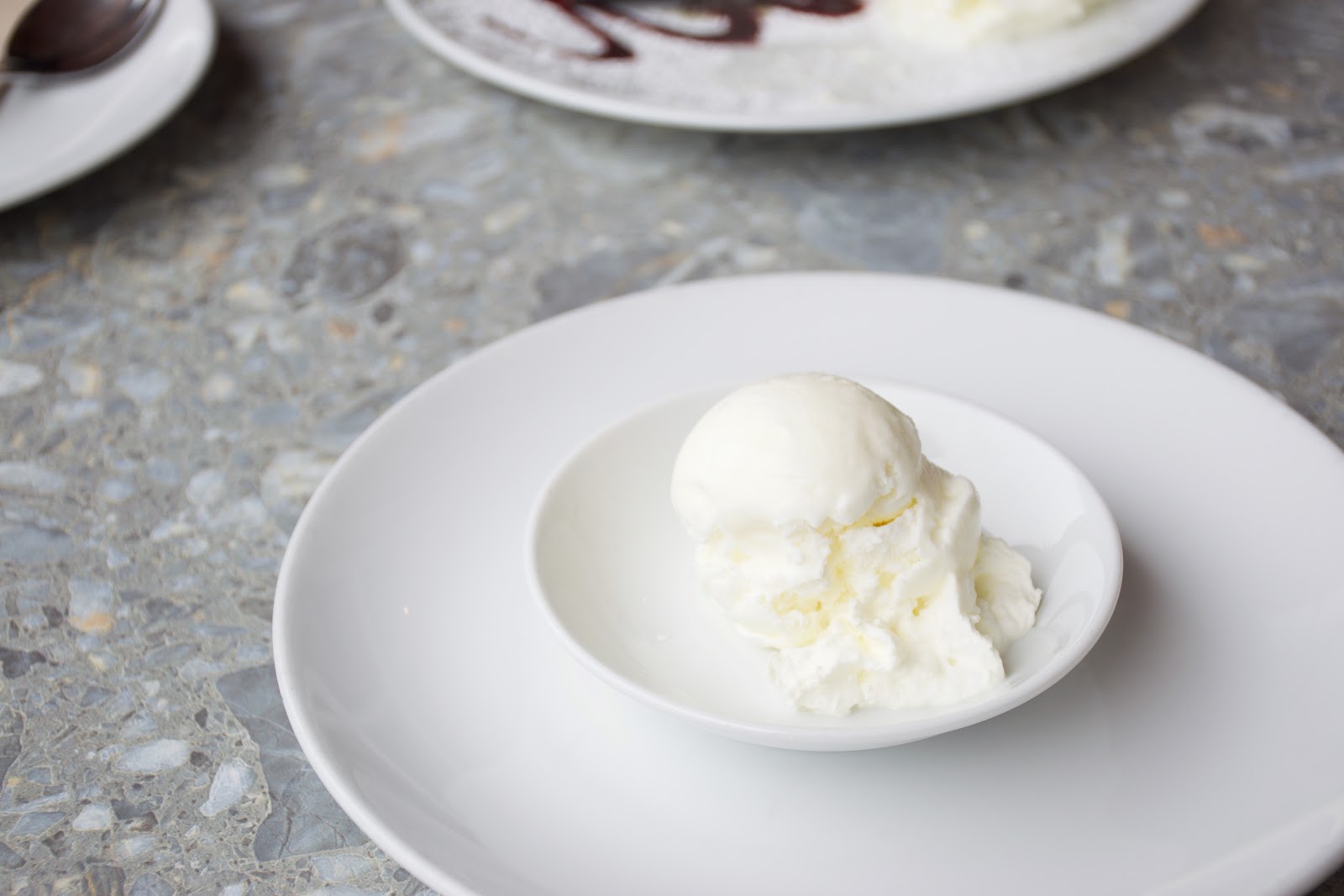 We asked for the icecream on the side! :D 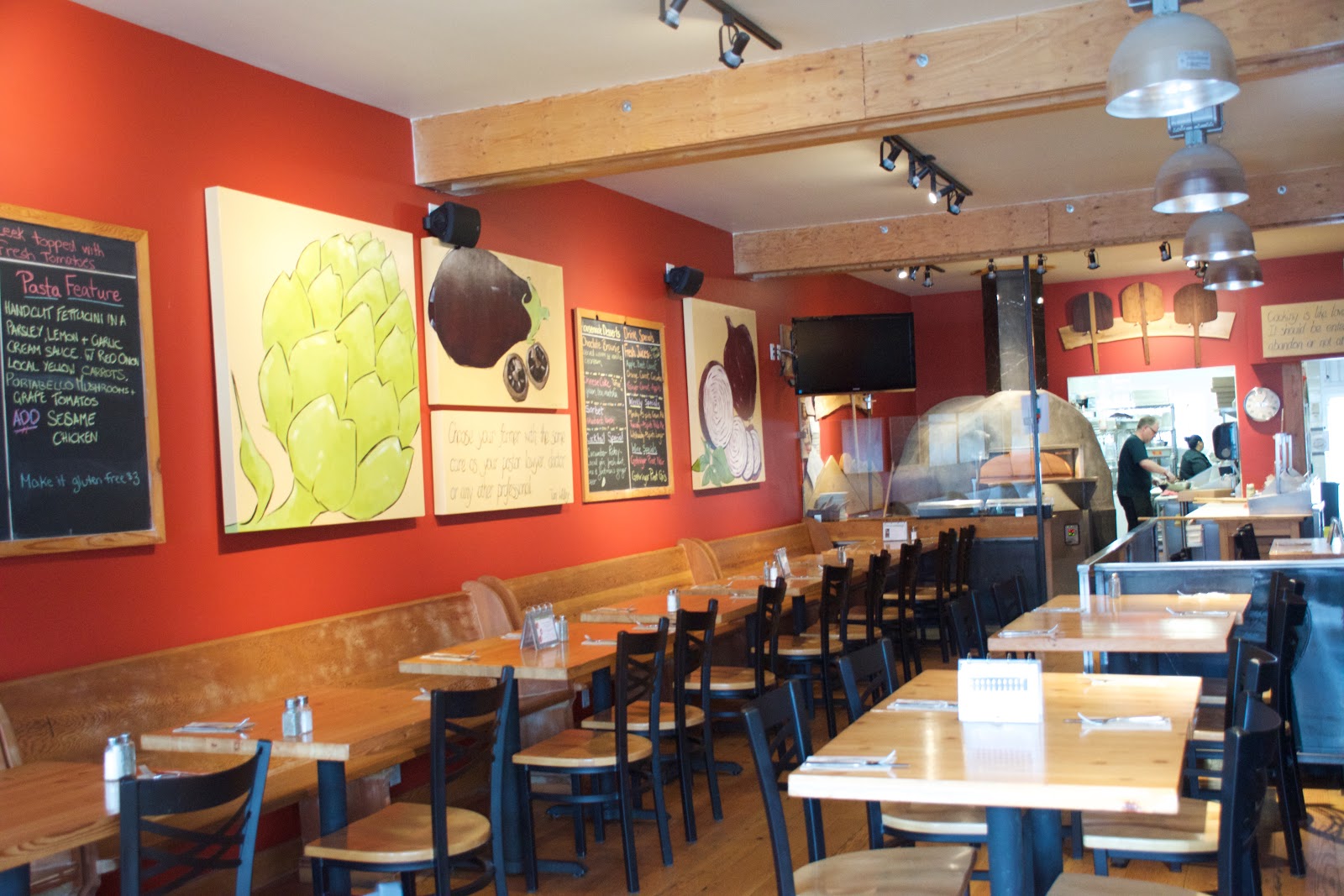 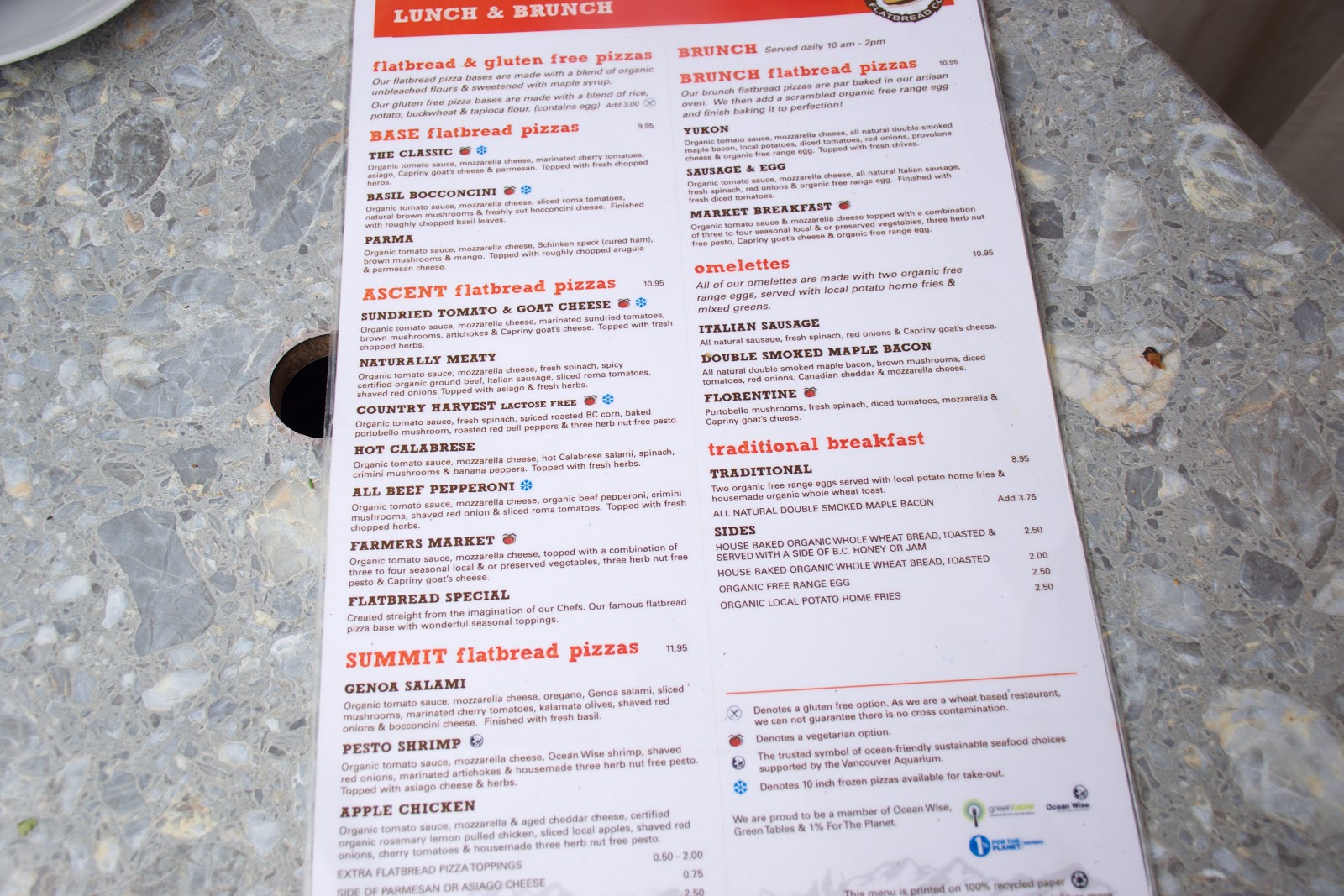 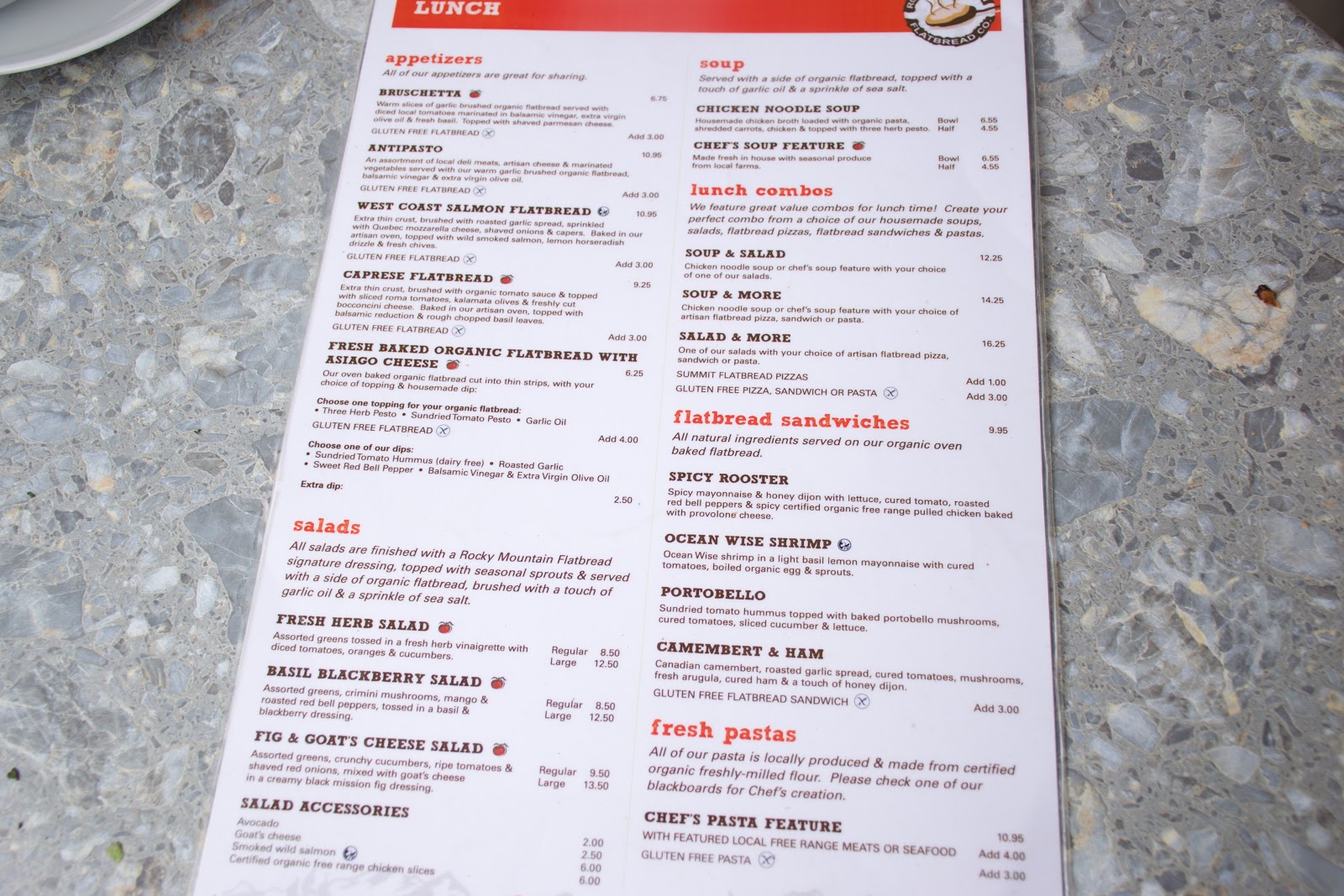