Save On Meats - Brunch! 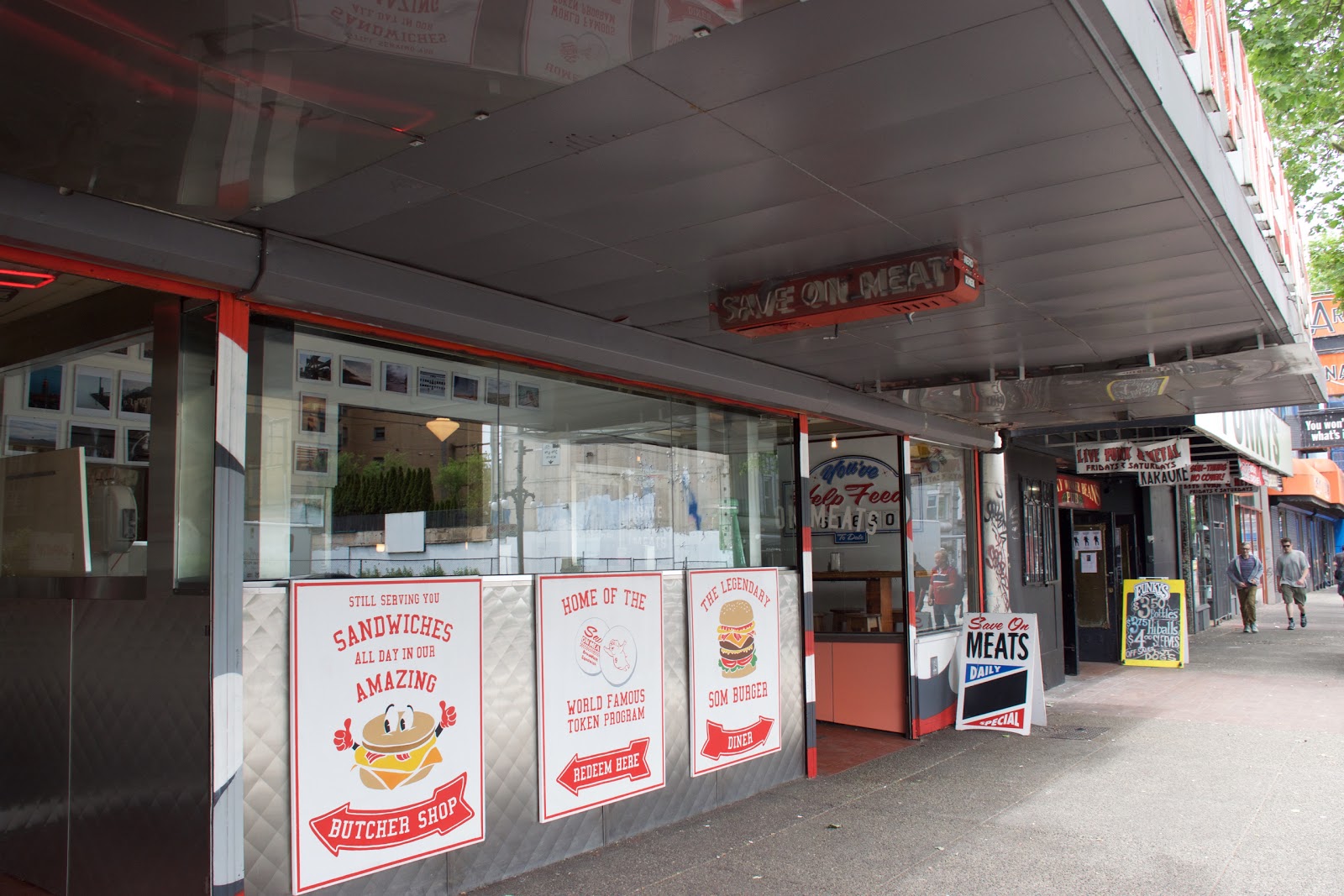 Save on Meats is an institution. Legendary in Vancouver for their burgers!! How has it taken me this long to try this place? I was planning on getting one - but I when I got there I just wasn't in a burger mood. You just have to be in "the mood" for a burger hehe, you know what I mean? ;)

I was in a brunching mood (it was sunday afterall!) - so I got their corned beef hash!! :D I really want to try their patty melt next time though - it's basically one of their awesome patties, with hot gravy on toast!! Their SOM milkshakes are also really popular, and get this: they even have CHOCOLATE BACON COOKIES. I repeat: chocolate.bacon.cookies.
I was going to get one but they SOLD OUT!!  I suggest stocking up if you ever get the chance ;)

What's so awesome about Save on Meats is that they're really involved with the downtown eastside community!! They even have this cool token program going on, where you can purchase a token for $2.25, the token is redeemable for a breakfast sandwich and it's given to someone in need (or you can give it to someone yourself!!) I mean, how awesome is that? (Wow, you really like the word awesome don't you Selina) Why, yes, yes I do. 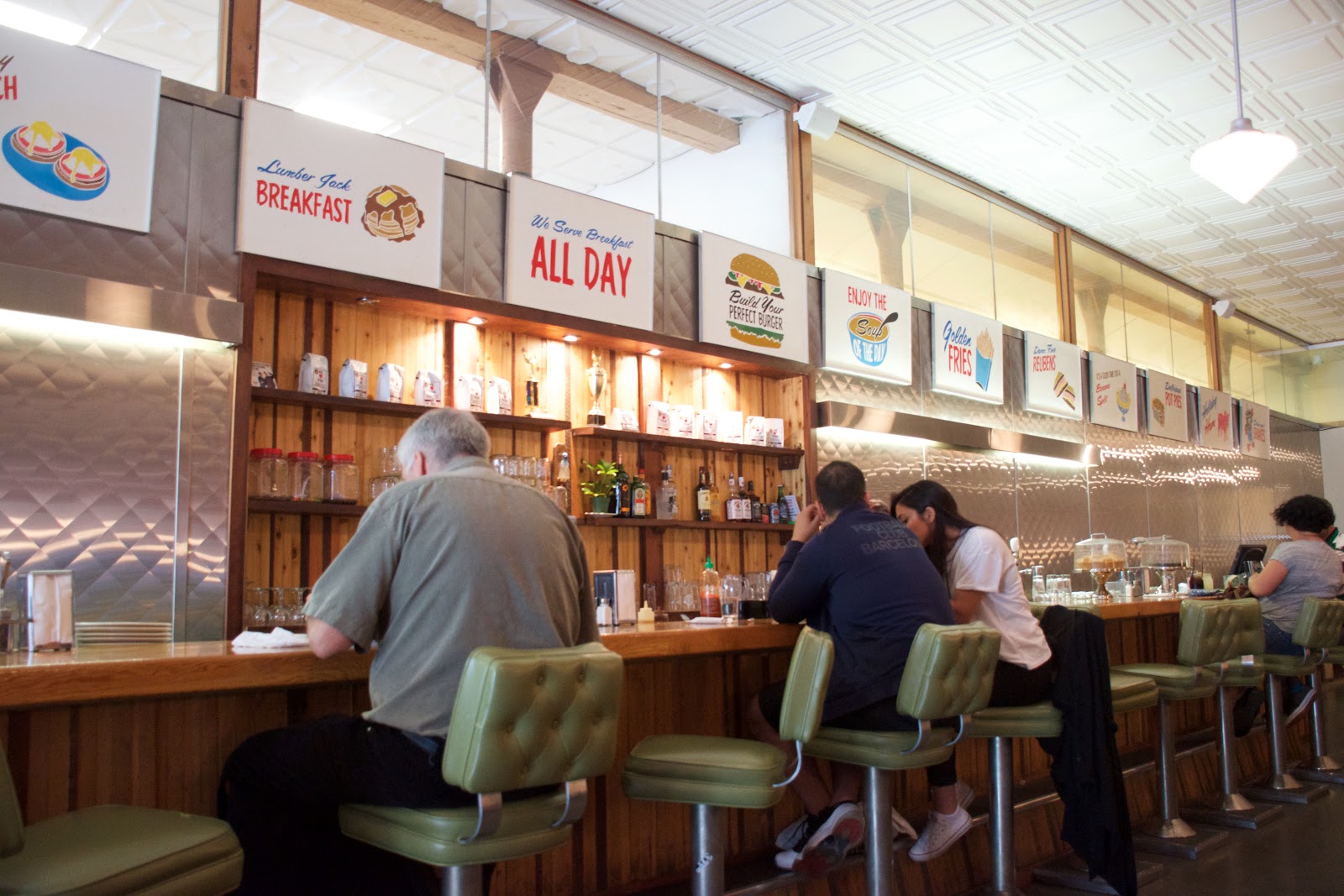 Those bar seats look so dang comfy!!! :D  Don't you just hate it when your bar seat is backless? *shudders* 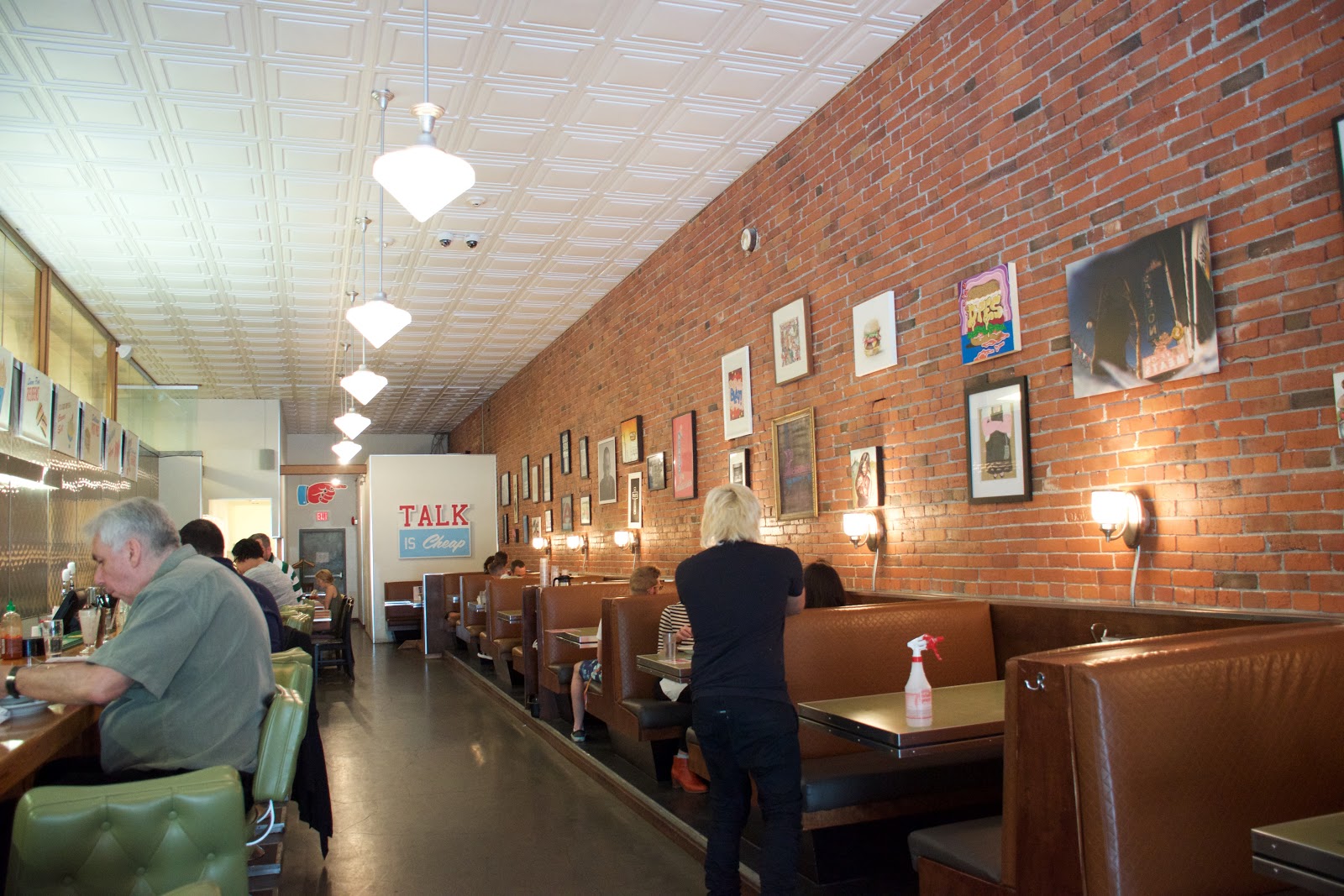 I've been so into diners lately - just can't get enough of that retro ambiance!! Oh - and the food of course ;) 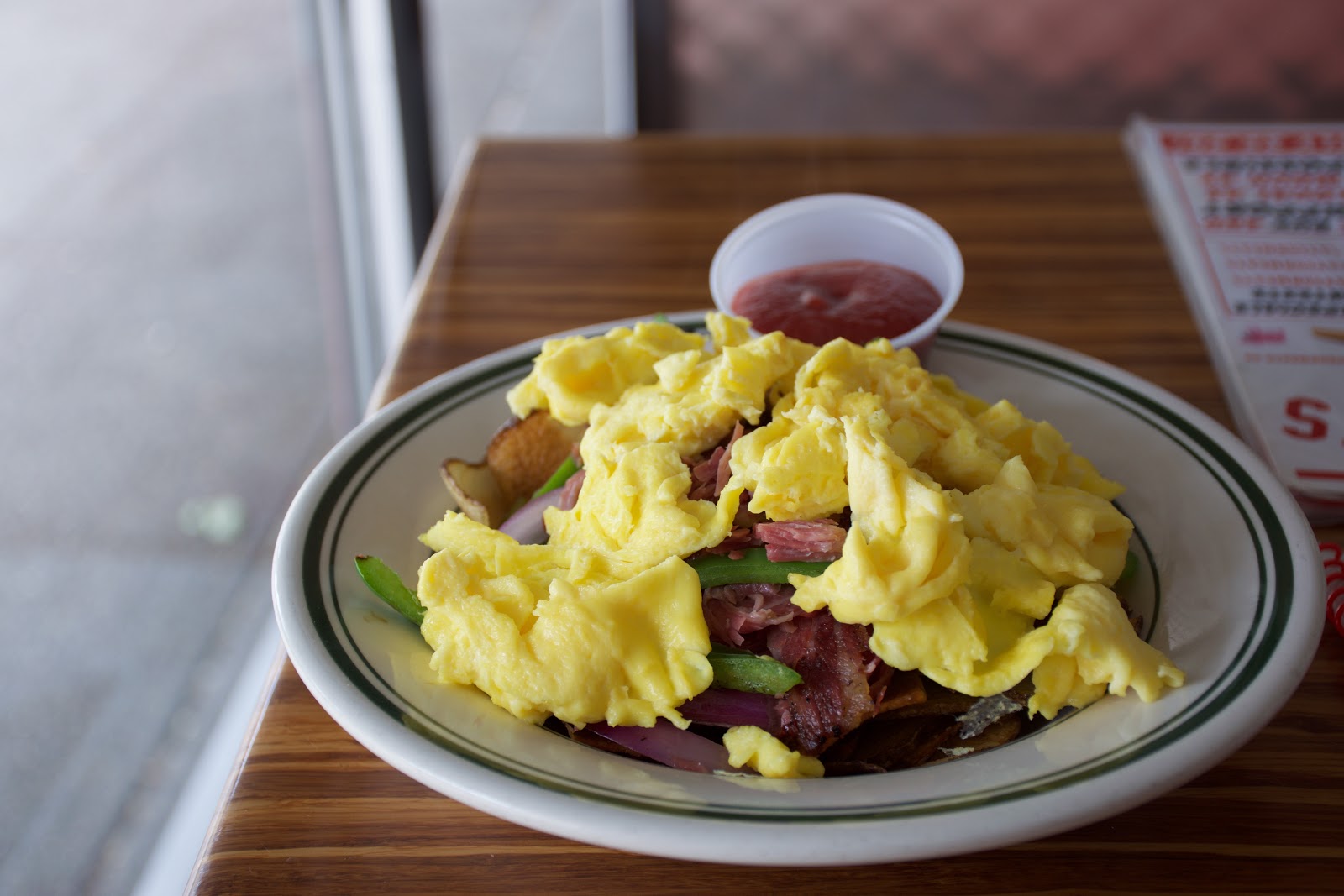 Mike's Famous Corned Beef Hash
I totally forgot to take a picture of the hash underneath the eggs, good job Selina!! ;)
I was too ravenous and wasn't thinking properly. Hunger does that to ya.

I was actually really excited because I had read good reviews on this particular dish and when I ordered it the waitress even said that it was "fabulous choice!!" The hash itself was interesting though, instead of potato chunks it was actually sliced pieces of cooked potato - so they looked like potato chips! The corned beef has was a bit underwhelming though, it was borderline bland, so I guess that's why they included the ketchup on the side! I must say, the ketchup was really good though, it was made with fresh tomatoes!! I asked for my eggs scrambled and they came nice and fluffy! 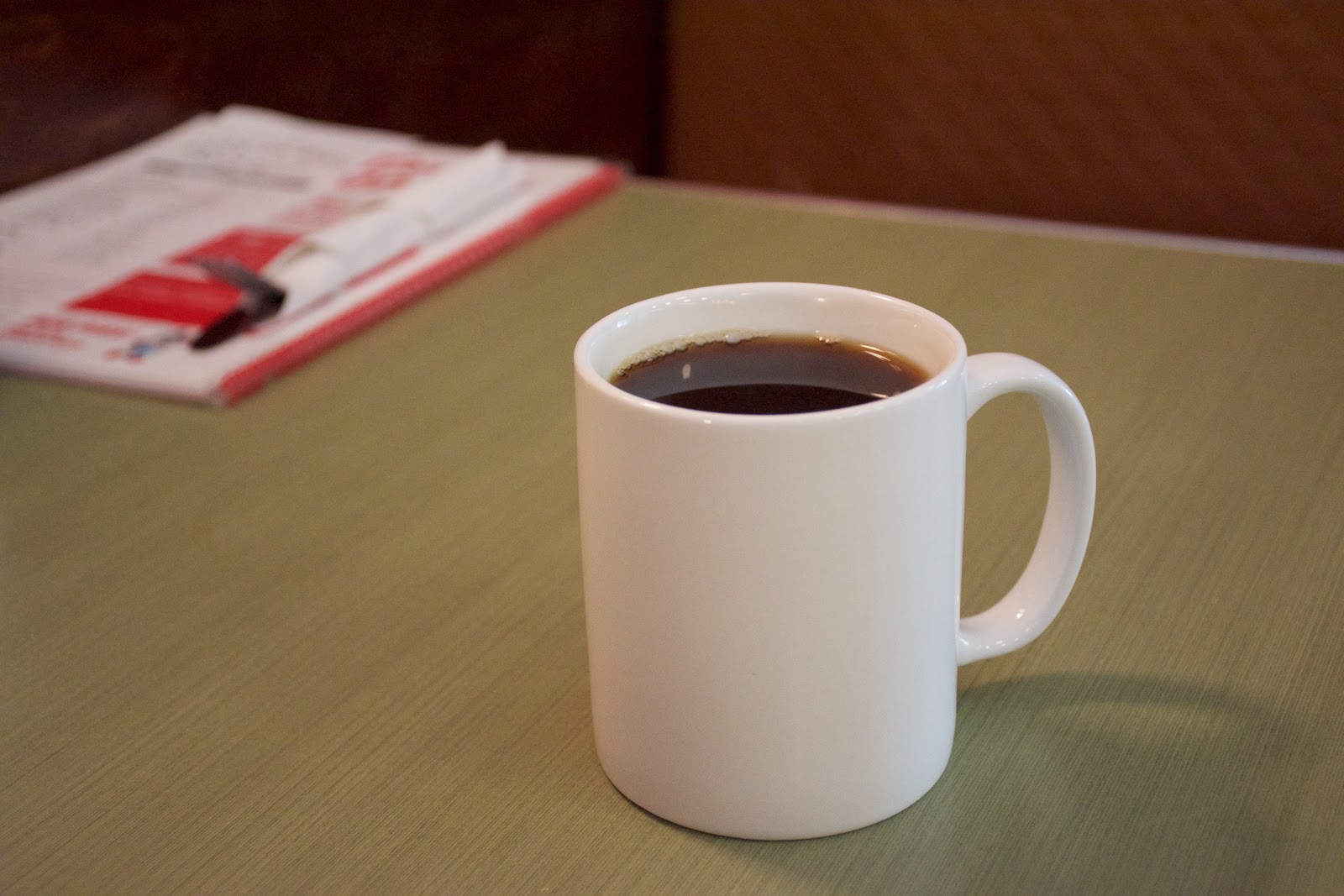 I also got a black coffee for good measure!! Free refills too! :D 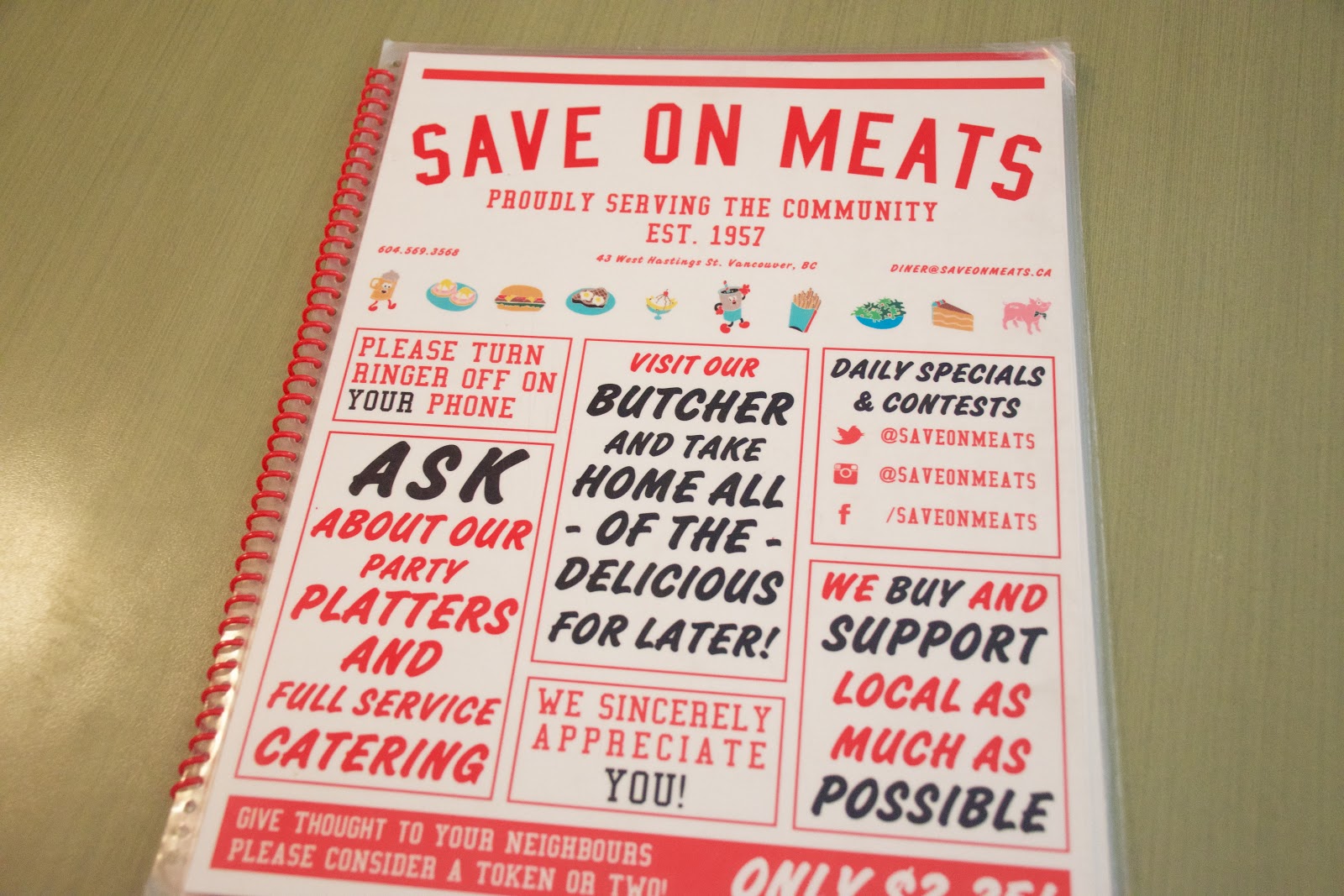 You can view their full menu online here: http://saveonmeats.ca/diner/736-2/ 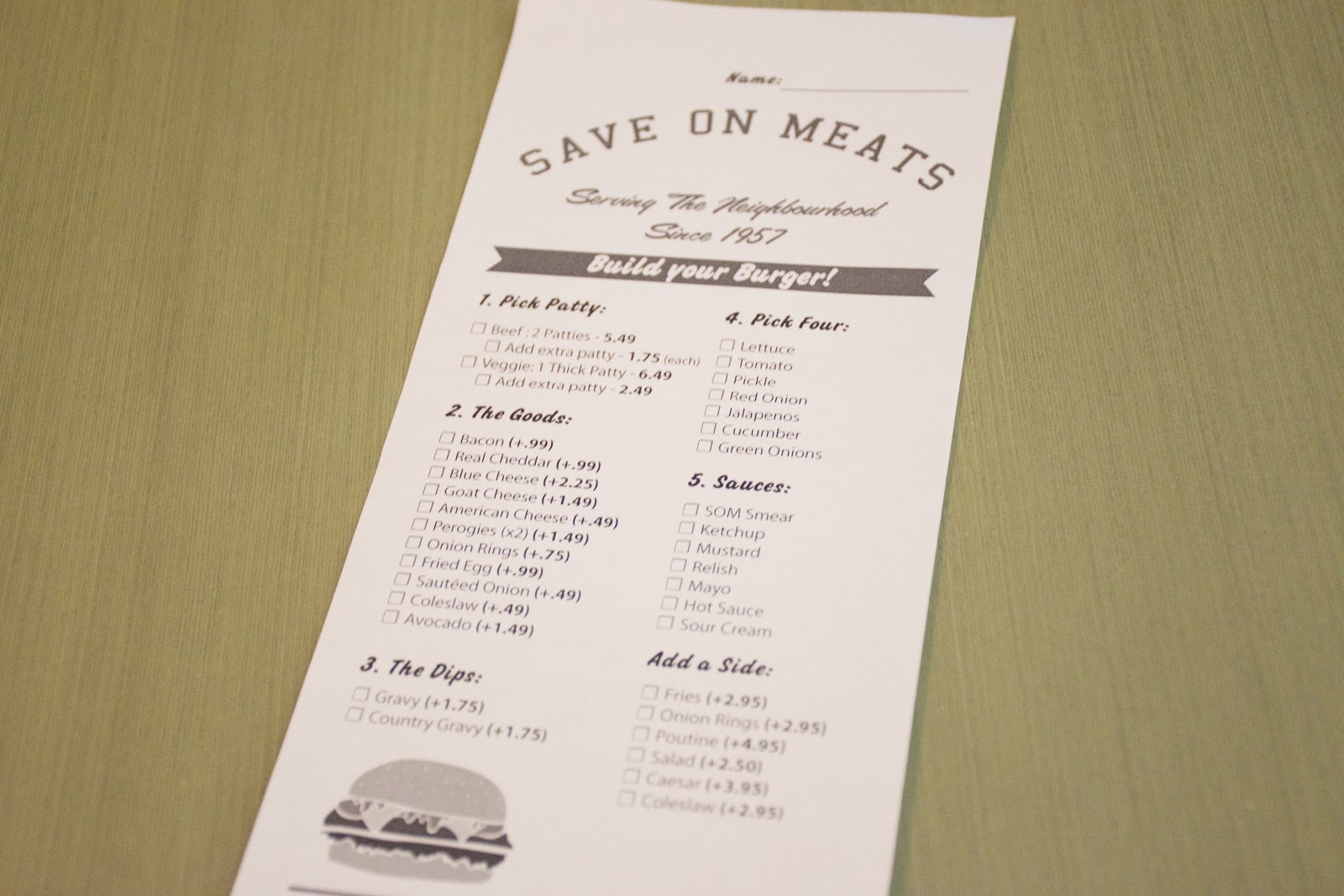 You can even customize your burger with their ordering sheet!! Omg, the perogies sound SO tempting!! :D