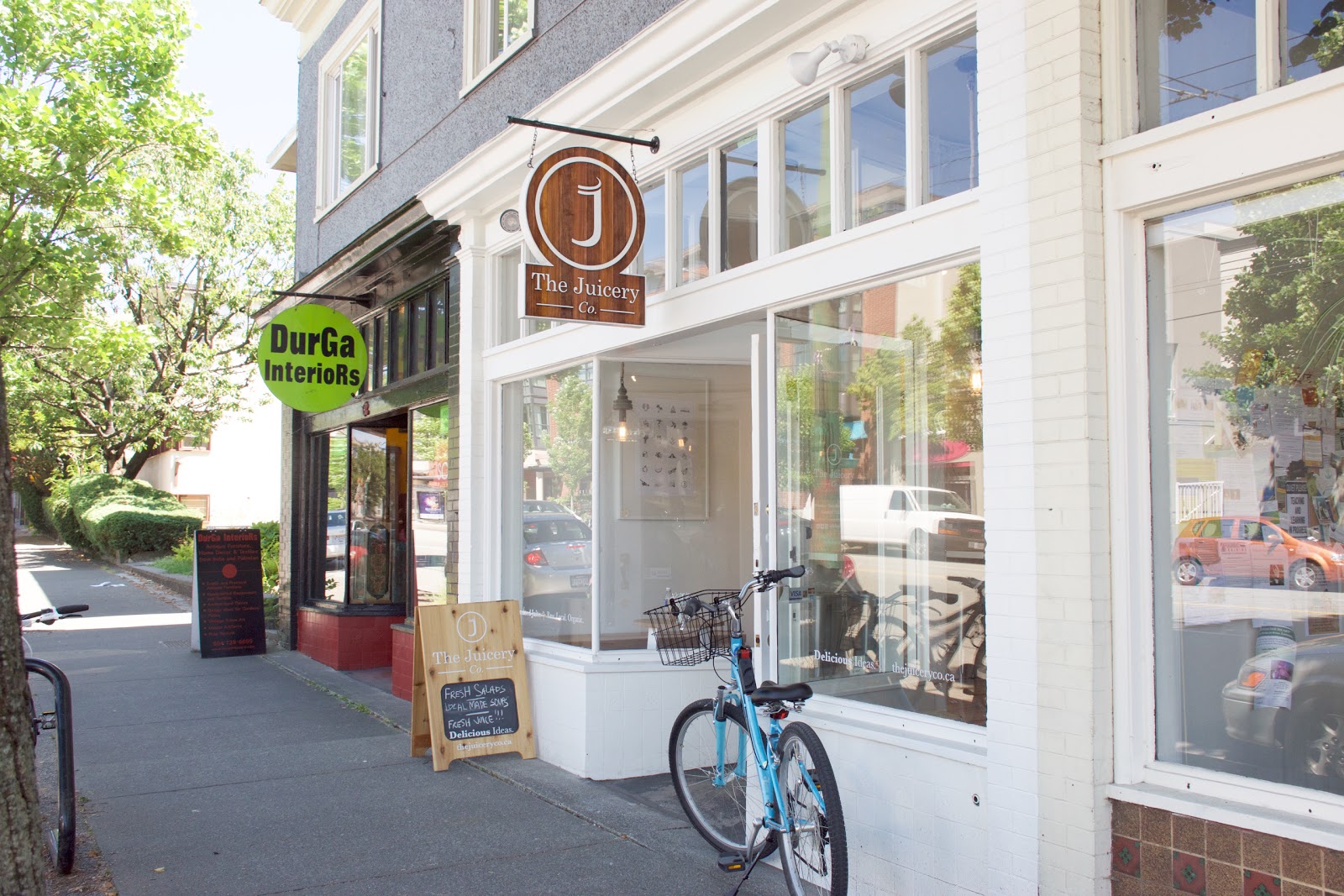 Warning: Do not read this intro if you're eating, it may ruin your appetite!! ;)

The other day on the 99 bus I almost threw up. But I resisted. Oh gosh, it was terrible. I was really nauseas, I had a ponding headache...and my eyes were sore. And as disgusting as this sounds, I really had to GO (if you know what I mean) ;)

I wanted to rush off the bus and bolt to the Starbucks across the street, but I was already running late - so I had to hold it in (oh the pain!)

Must be all the junk I've been eating. I need a detox...badly.  I really want to get into cold pressed juices. I've wanted to go on a juice cleanse for while now, and I've been looking into some options!! I want to try out all the companies first, and see which one I like best before making any commitments, I have a few more that I want to try out: Glory Juice Co, SeJuiced, and Krocodile Pear! :D

We'll have to see if I have the courage to shell out the $$$ though!! ;) Cold pressed juice is so pricey - it was pretty painful paying almost $11 for a bottle of juice (I was crying on the inside)


So after class the other day I hit up The Juicery - the first stop on my search for the best cold pressed juice in Van!! The Juicery Co is an all organic, cold pressed Juicery in Kits (a quick bus ride from school), with another location in North Van!!


I wanted something filling, but healthy - I don't eat salads because too often I'm allergic to them (even the organic ones)  The only other food items (other than their salads) they have on their menu is their acai bowls!! Which sounded perfect!! <3 I mean, how healthy does a big ol bowl of acai, organic gluten free granola, banana, with almond mylk (yes it's spelled like that!) sound?? So I ate that as a lunch (it was huge) with a lovely bottle of juice!! :D

Eating an acai bowl totally reminded me of Rachel (momentswithrae.blogspot.ca!) On her instagram she always posts these amazing pictures of her homemade breakfasts with chia, quinoa, oatmeal, fruit...I don't know how she does it - her photos always look unreal haha, how can someone make food look that perfect? ;) 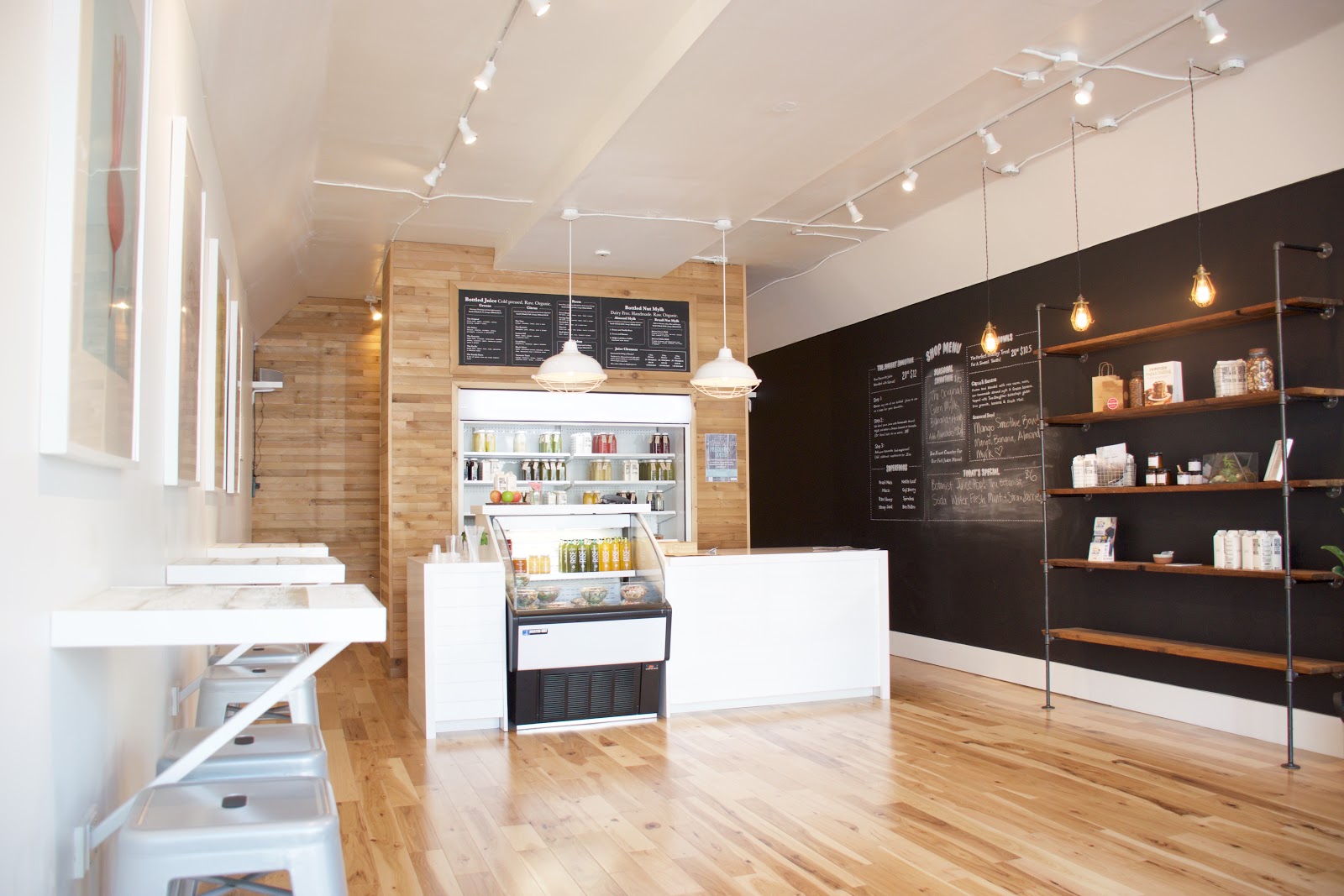 How cute is this place? :D 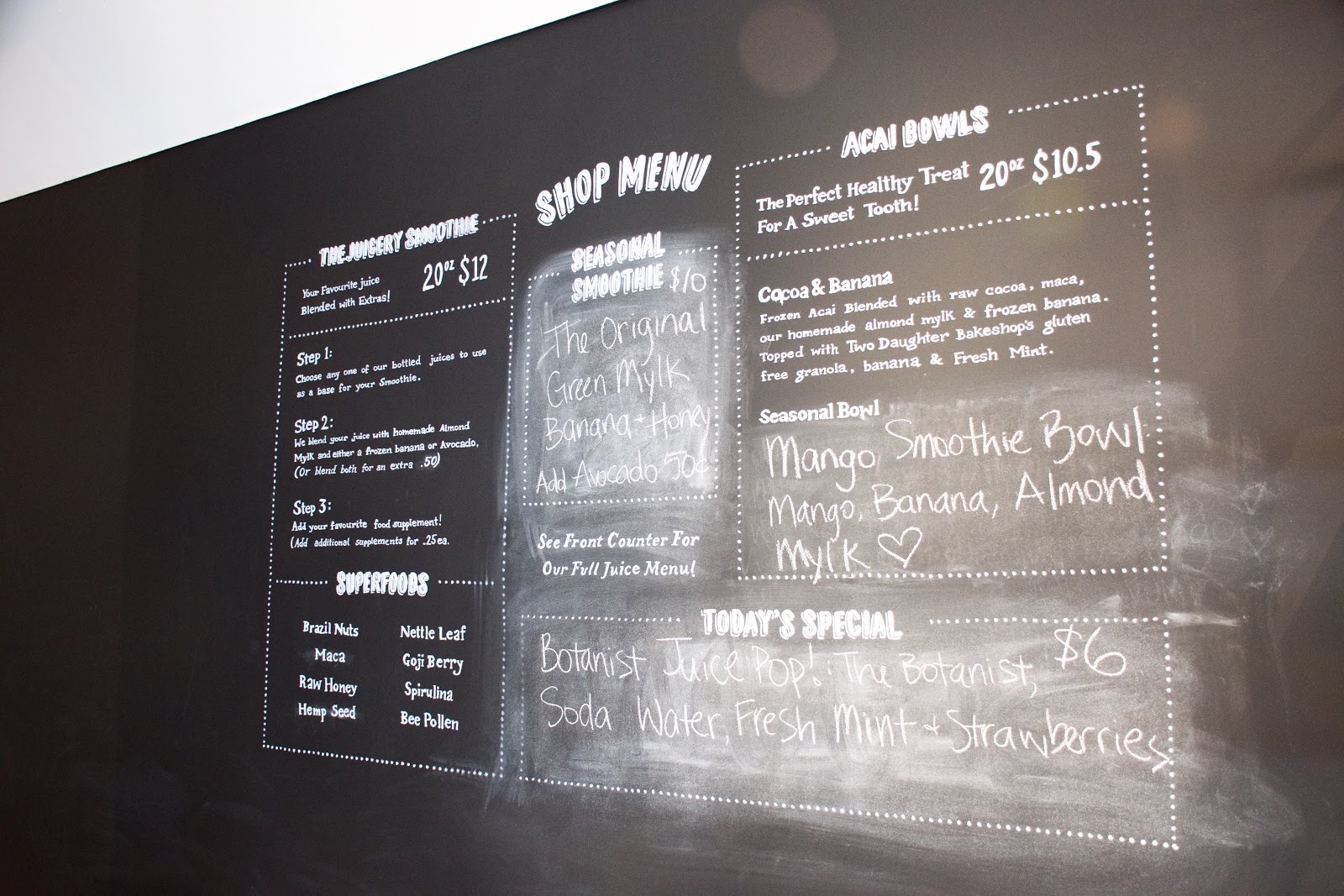 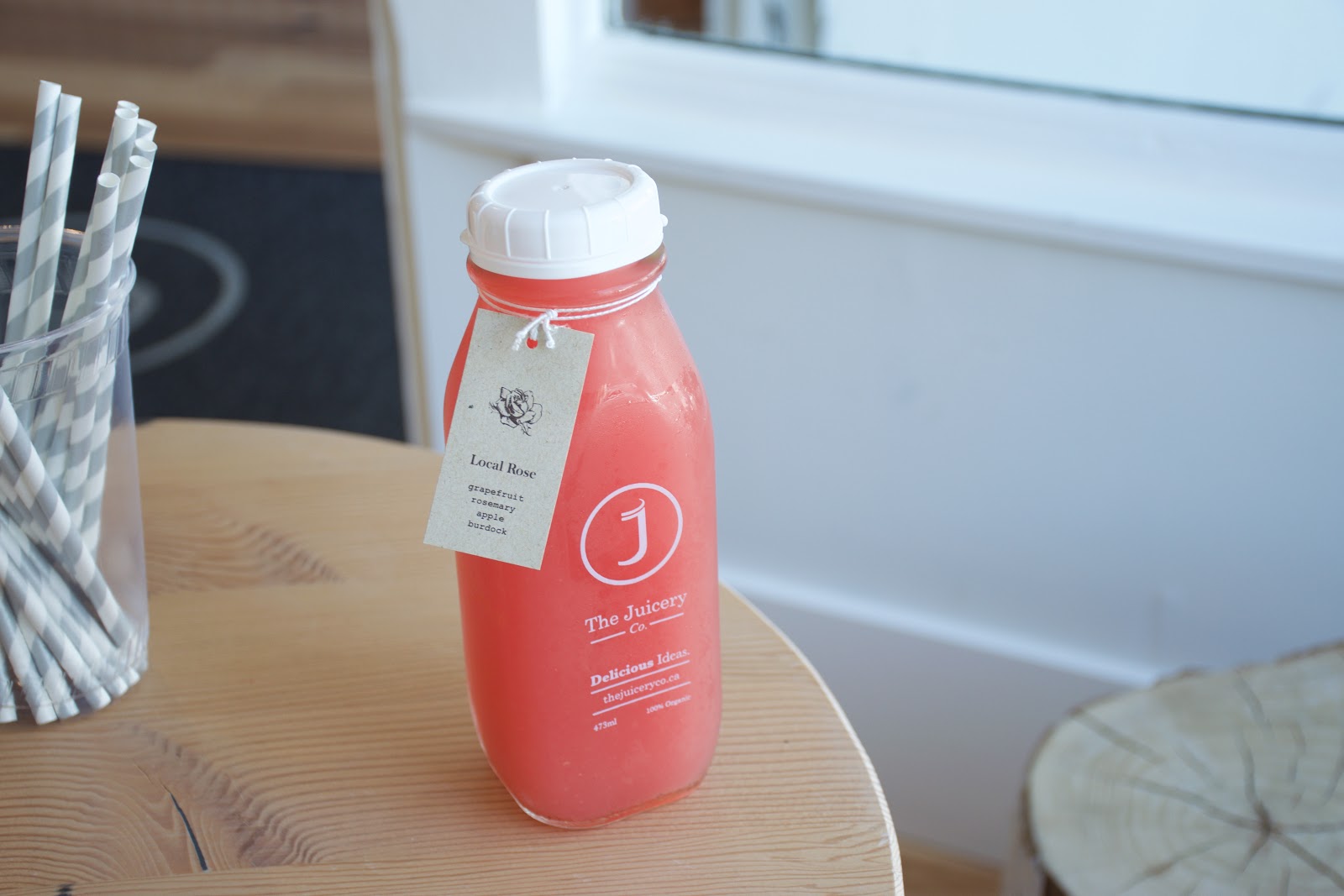 And how cute are those straws?! :D

This was mesmerizing!! The flavours were amazing together - the rosemary and burdock really shone through. The grapefruit and the apple actually wasn't that prominent, it just added a slight tang that faded into the background. It wasn't too sweet, which I really liked. It was very light and super refreshing since it was so hot out that day! After a while the contents rests at the bottom, so make sure you shake it up before drinking!! 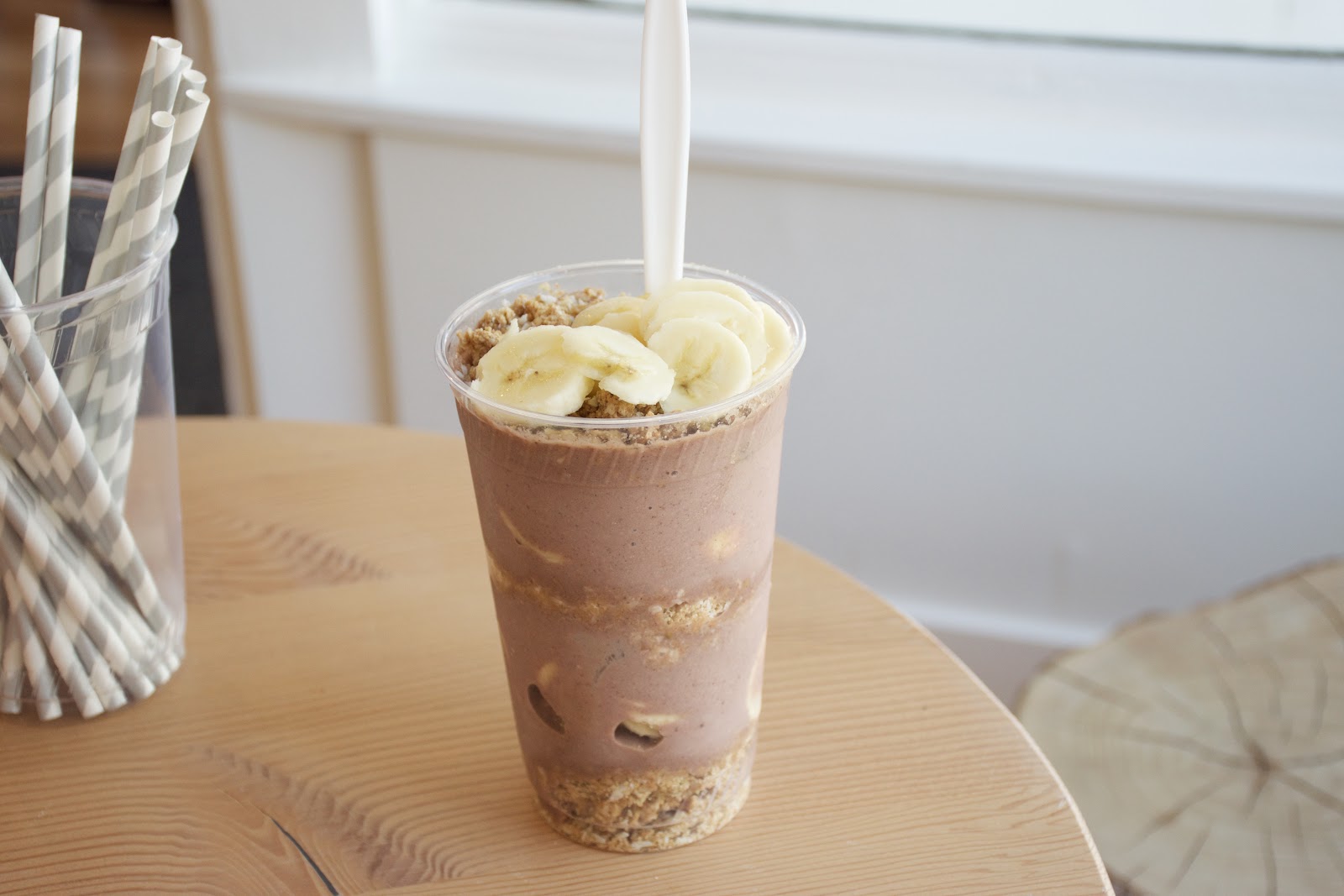 This thing was huge! It was about 20 oz, which is pretty substantial! I was so full after eating this!! I was expecting it to come in a bowl, but it actually came in a cup, which is nice, so you can take it to go! It was filled the brim with ingredients, and it had a ton of granola in it!! The granola was super yummy, it was really crunchy and tasted toasted! The almond mylk made it super creamy and smooth, but the almond flavour was pretty subtle flavour. They also blended acai in there, you could see the granules of acai berry in the smoothie!! Topped off with a few slices of banana - this was the perfect power treat to fuel me through the rest of the day! :D 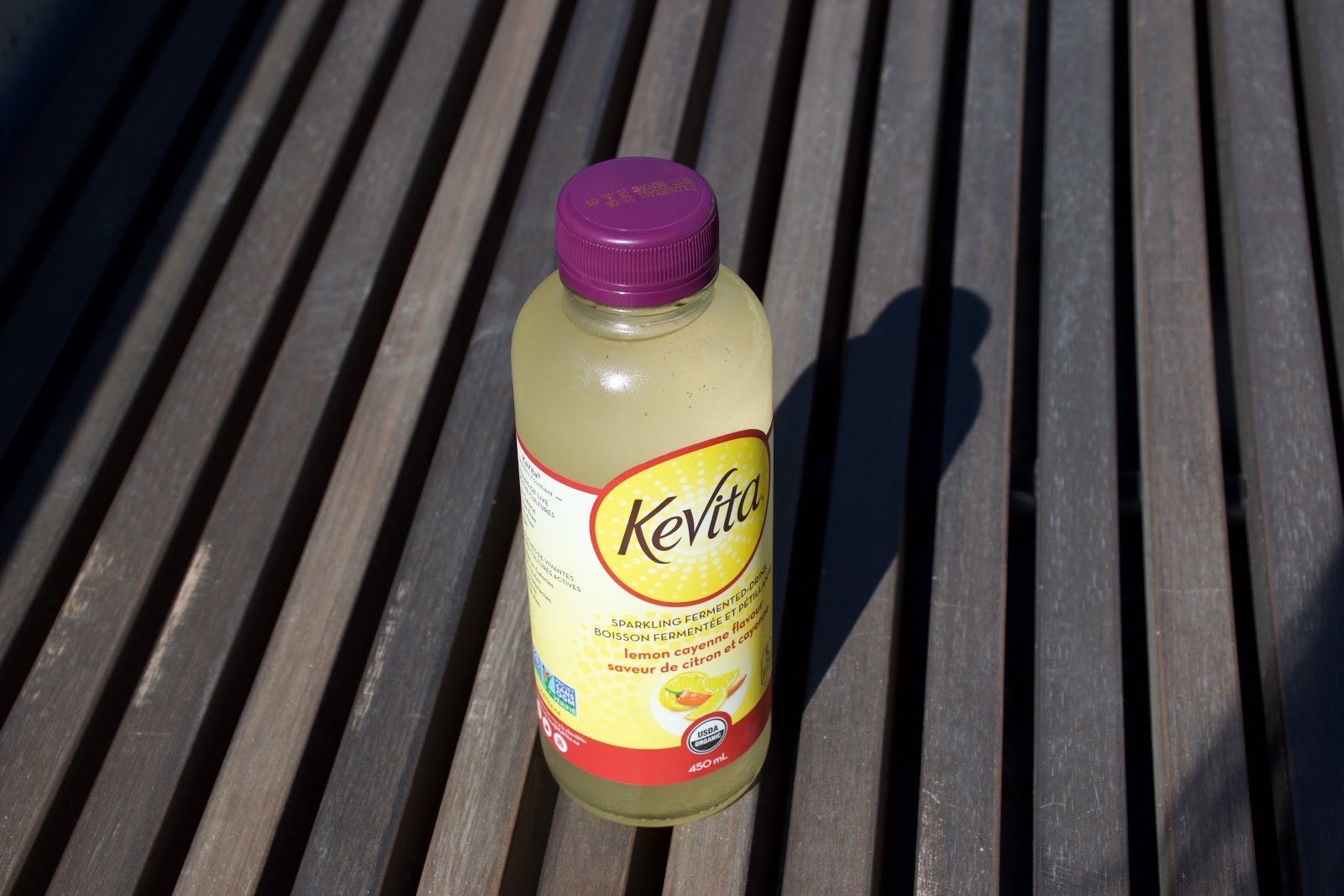 Keeping with the health theme, I also got a Kombucha drink later that day at the campus bookstore!! This was SO sour though, I had a hard time drinking it. I had to dilute it with water, it was that sour! The lemon was pretty strong though, and there was a hint of spiciness from the cayenne. It was also really bubbly, so it almost felt like pop!! :D 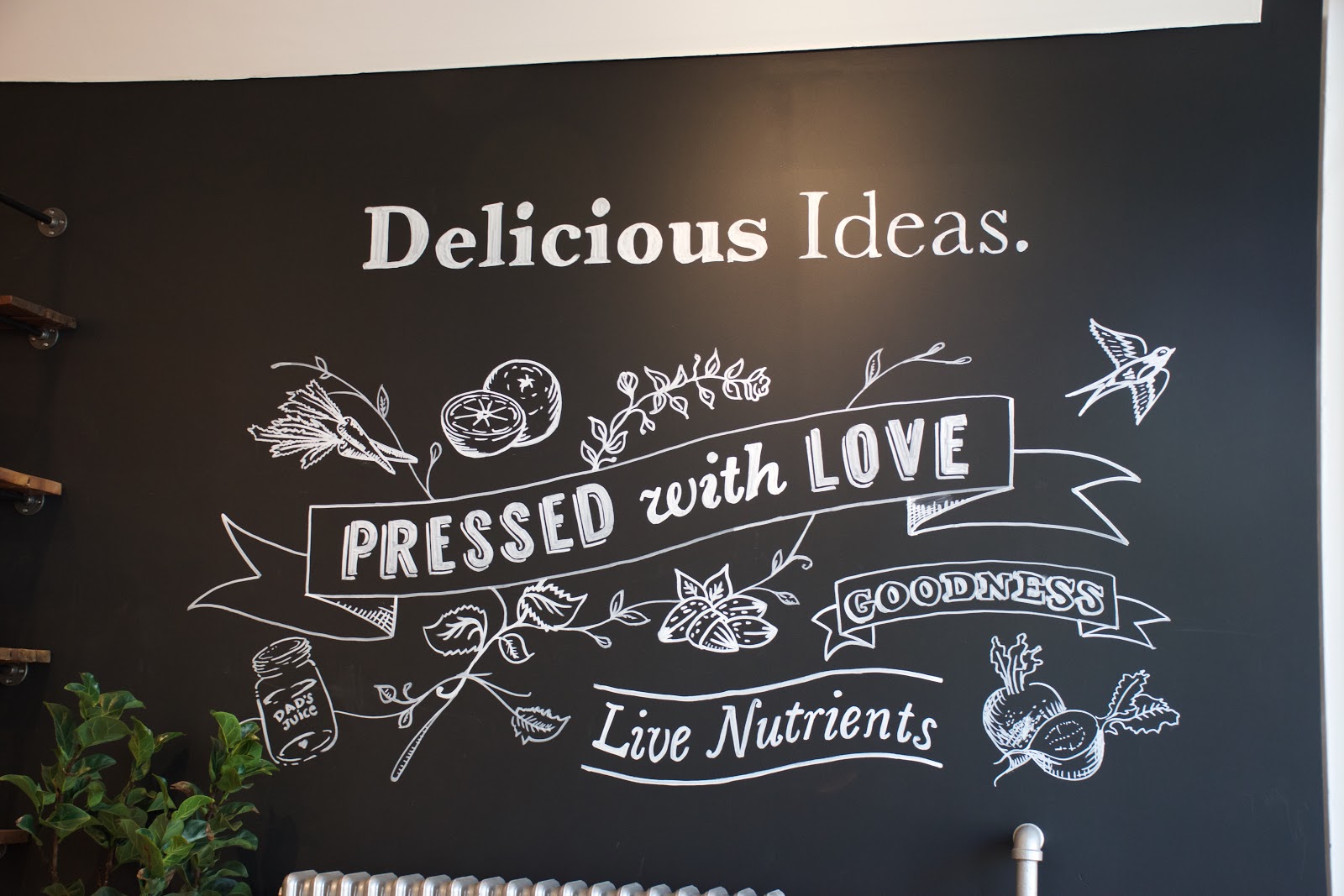