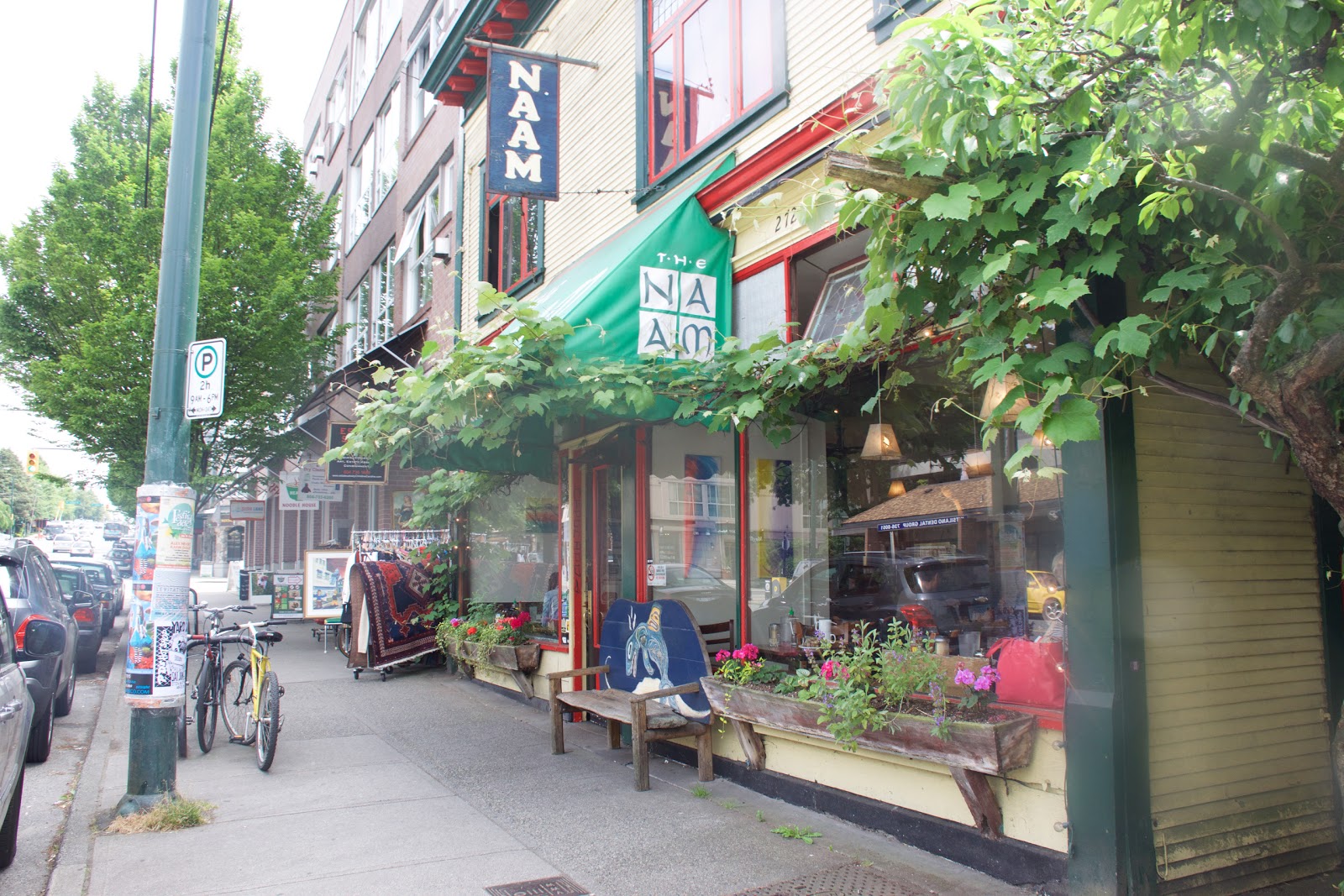 I HAVE AN ANNOUNCEMENT!! Every since the sad demise of Urbanspoon (still not over it, sniffsniff ) ;)
A couple of you guys suggested that I make a separate Vancouver blog roll! I think it's an awesome idea so I've decided to do it!! :D The only problem is I've having trouble coming up with a name, I'm terrible with names (as you can tell from my blog name - I'm so creative right?) so I need your help!!

So far Raymond from (Raymond's Sushi Adventures) suggested "The Resurrection of Urbanspoon" and @LotusRapper suggested Urbanfork (get it?!) :D I need moarr suggestions - so keep them coming!! Once we have a solid list of 8-15 names, we can vote on which one we like the best!! Ironic and sarcastic names will be greatly appreciated ;)

I also need suggestions on what else I should include on the site (besides the blog roll!) I'm thinking about adding a "Meet the bloggers" section introducing all of Vancouver's main bloggers! What do you guys think? :D

Anyways, I'm super tired because it's already 12 am (why do I always sleep so late?), so let's move on to the food, shall we? :D

I was totally feelin' some vegetarian food yesterday. I'm actually going to the Richmond Nightmarket today (the ikea one) so I thought that I would get my body ready by doing a "mini" cleanse... in preparation for all the greasy fried food I'm going to eat tomorrow hehe - which I'm pretty excited about :D  Fried squid, rotato, and bbq skewers here I come!! The only thing I hate about the nightmarket is that it only opens at night - like, do I really have to wait all day? ;)

Anyways, I went to the Naam for brunch yesterday, and it was AWESOME! It made me forget that I wasn't eating meat. The veggie patty was so good - and don't even get me started on the hemp cake!! ;)

The Naam is actually super close to school, and the fact that they're open 24 hours makes it that much better! I really want to try their veggie burgers next time, and their famous sesame fries!! They even have VEGAN POUTINE (!!) with miso sauce and vegan daiya cheese!! I use to eat daiya all the time in highschool - back when I was allergic to cheese! Their menu is huge - so indecisive people beware! ;) They also have a ton of vegan & non vegan desserts at the front - so don't forgot to leave room for dessert...if you don't, you'll regret it! ;) 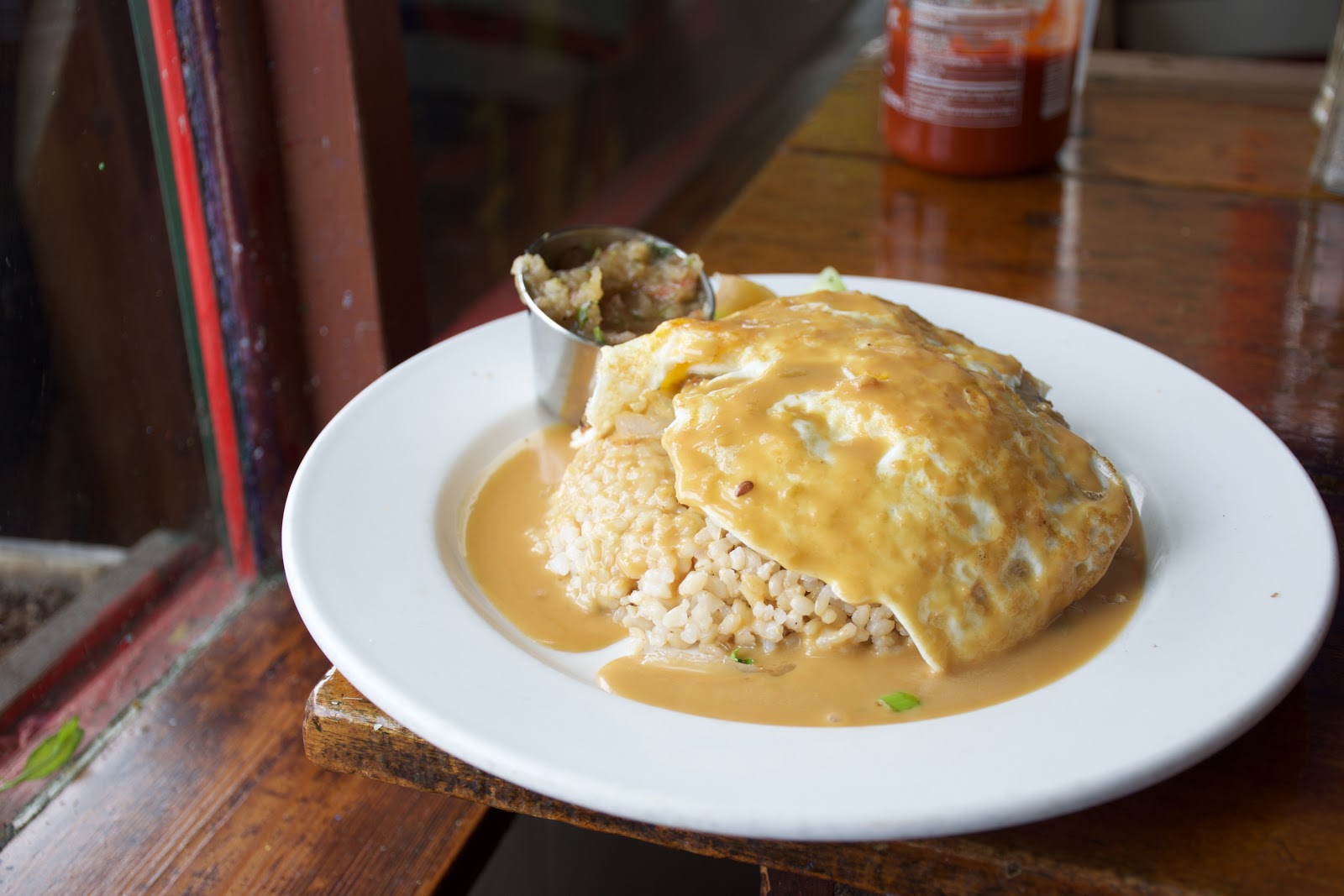 The miso gravy was so yummy!! I get the hype - I get it. The miso flavour was really strong, but it was also a bit sweet, and really creamy!! The caramelized onions just made the dish that much better!! There was a lot of rice, and it ended up being a really filling meal! The eggs were fine, but I would have preferred if they were crispier. The pineapple salsa tasted pretty fresh - but it was really sour!! And this was so cheap - it was on special so it was only $5.95!! :D 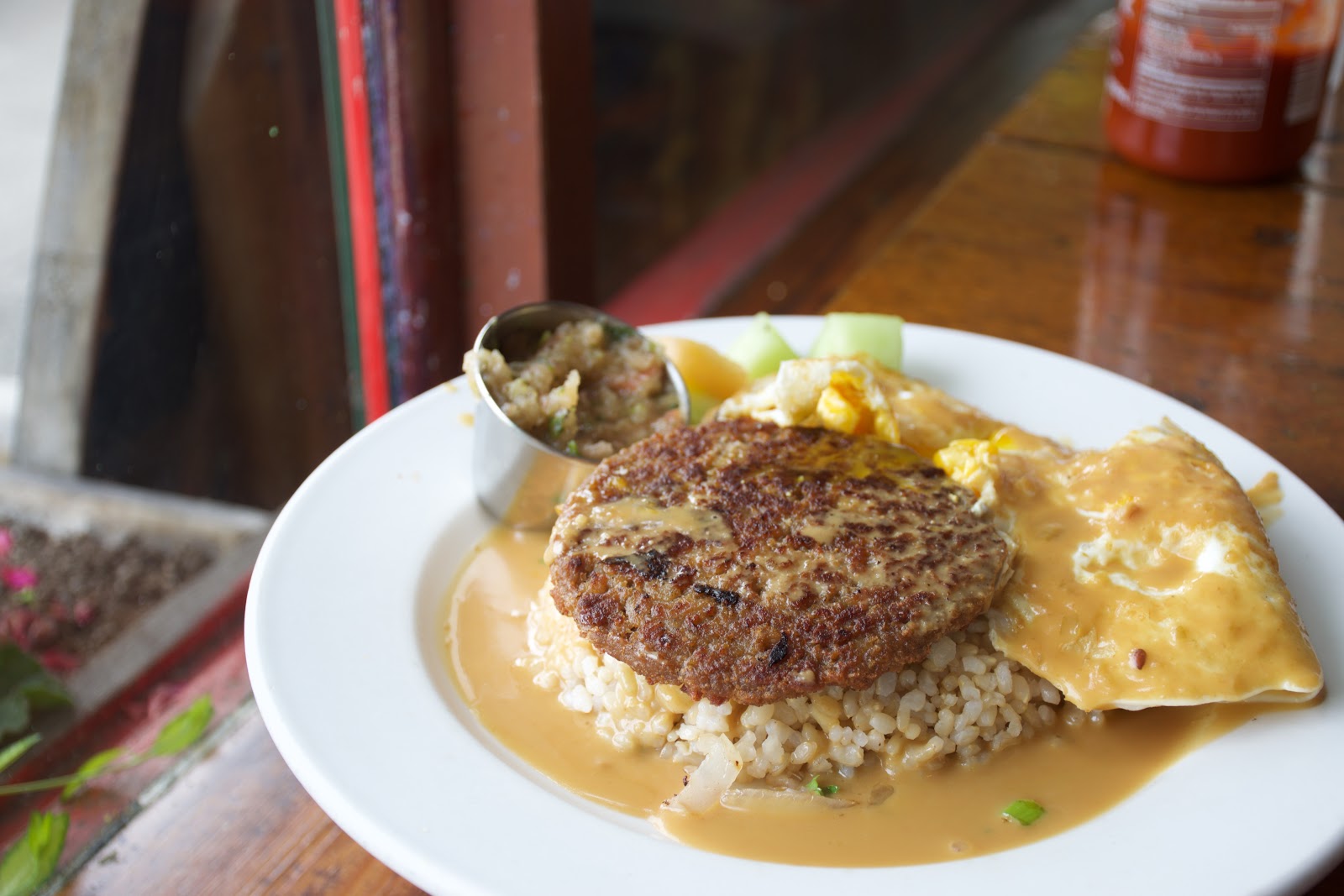 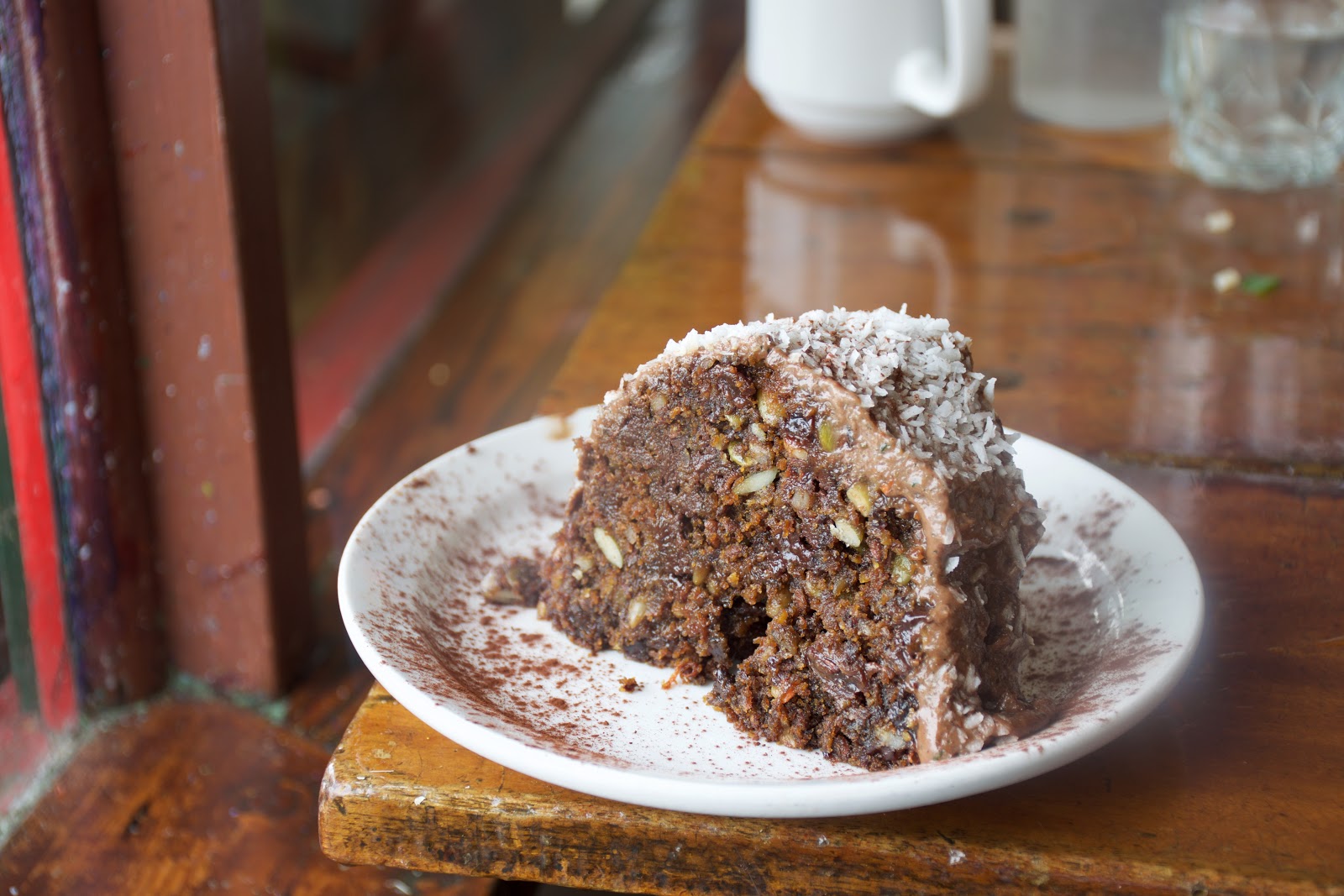 Yumm, this was really good! I'm a huge fan of hemp in food hehe. I also really like hemp milk (you can get it at whole foods!)
Wow - this thing was HUGE. So I definitely felt like I got my money's worth! It was so moist too!! It was loaded with sunflower, and flax seeds, so I definitely felt healthy eating it ;)  The cake itself wasn't too sweet, only the icing part was!! The chocolate flavour actually wasn't that strong because the hemp flavour masked the flavour. The best part was definitely the vegan hemp cream cheese icing- and it was garnished with coconut flakes!! Ugh, so good! :D 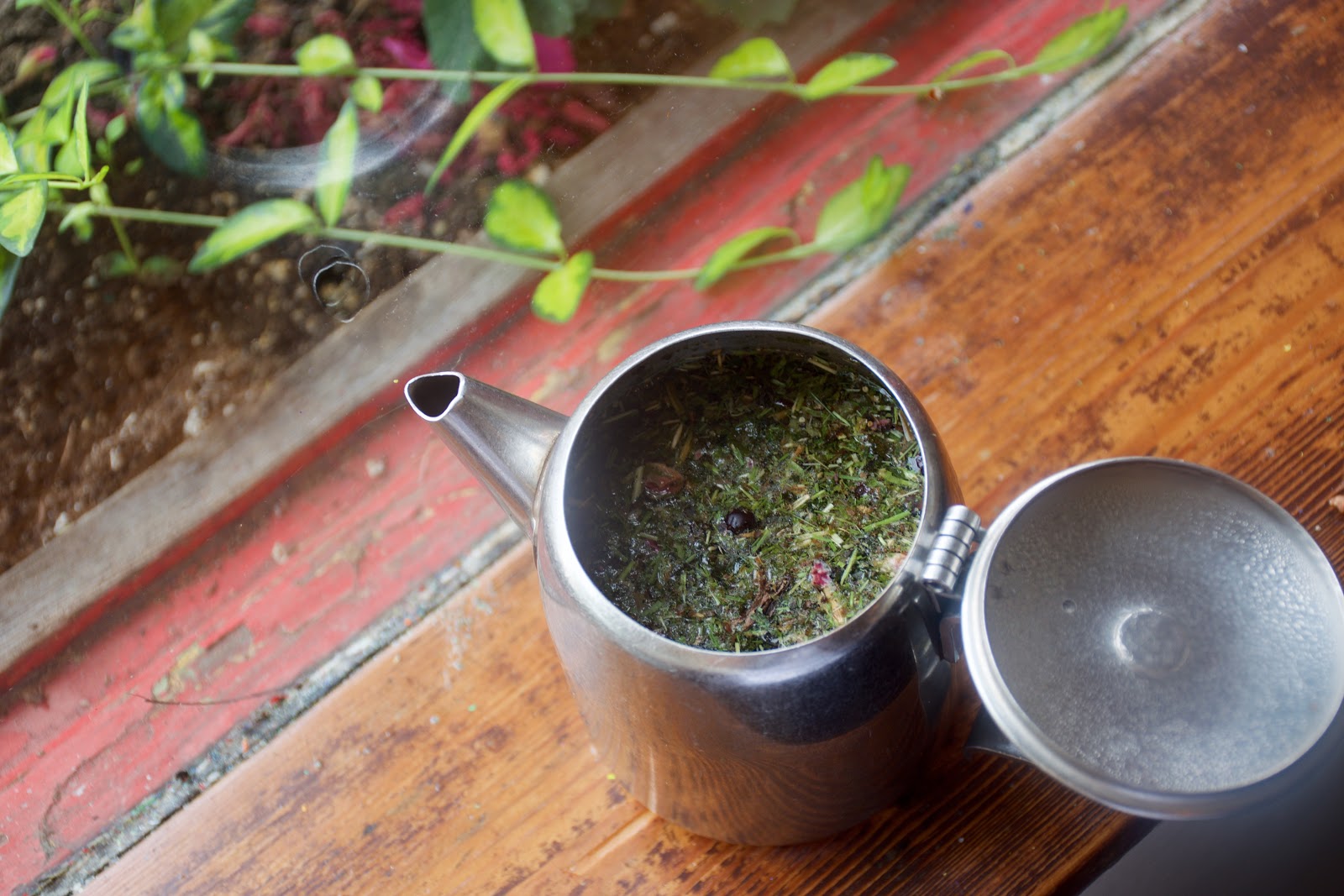 This was lovely! It was so fragrant and you could definitely smell the different scents in there! Taste wise it was light, and florally!! It really made me want to try more of their teas! 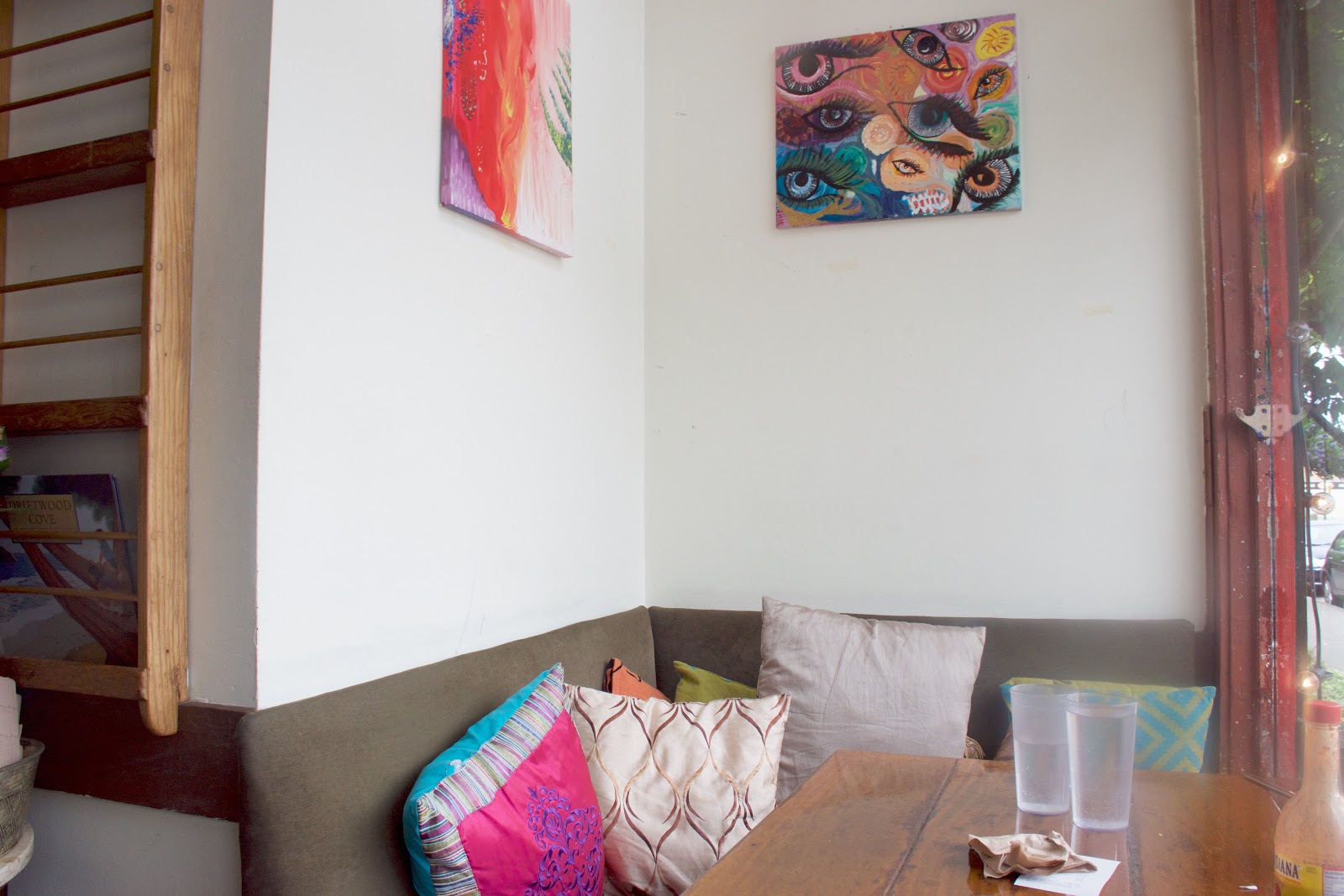 How cute is this little nook they have in the corner? :D 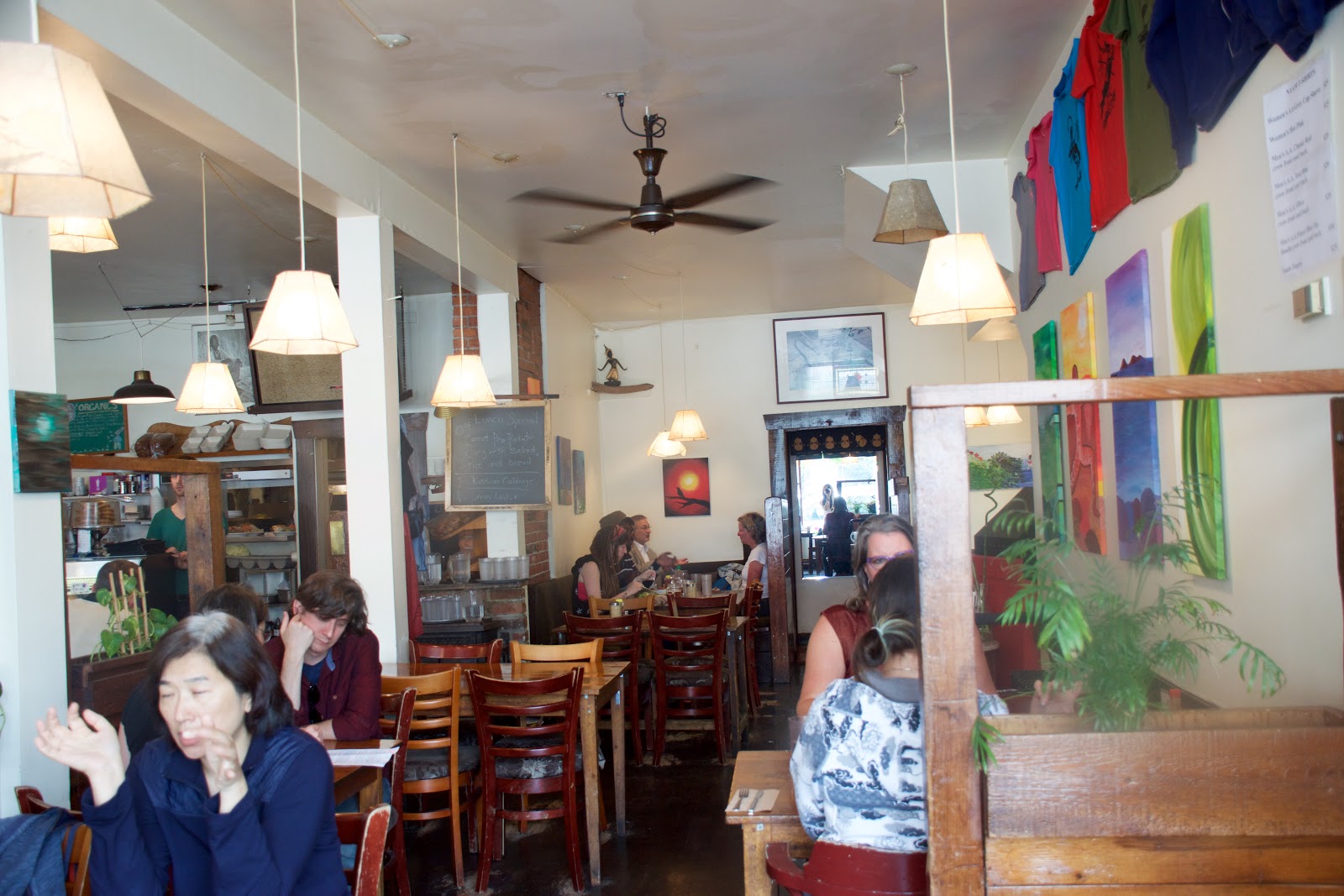 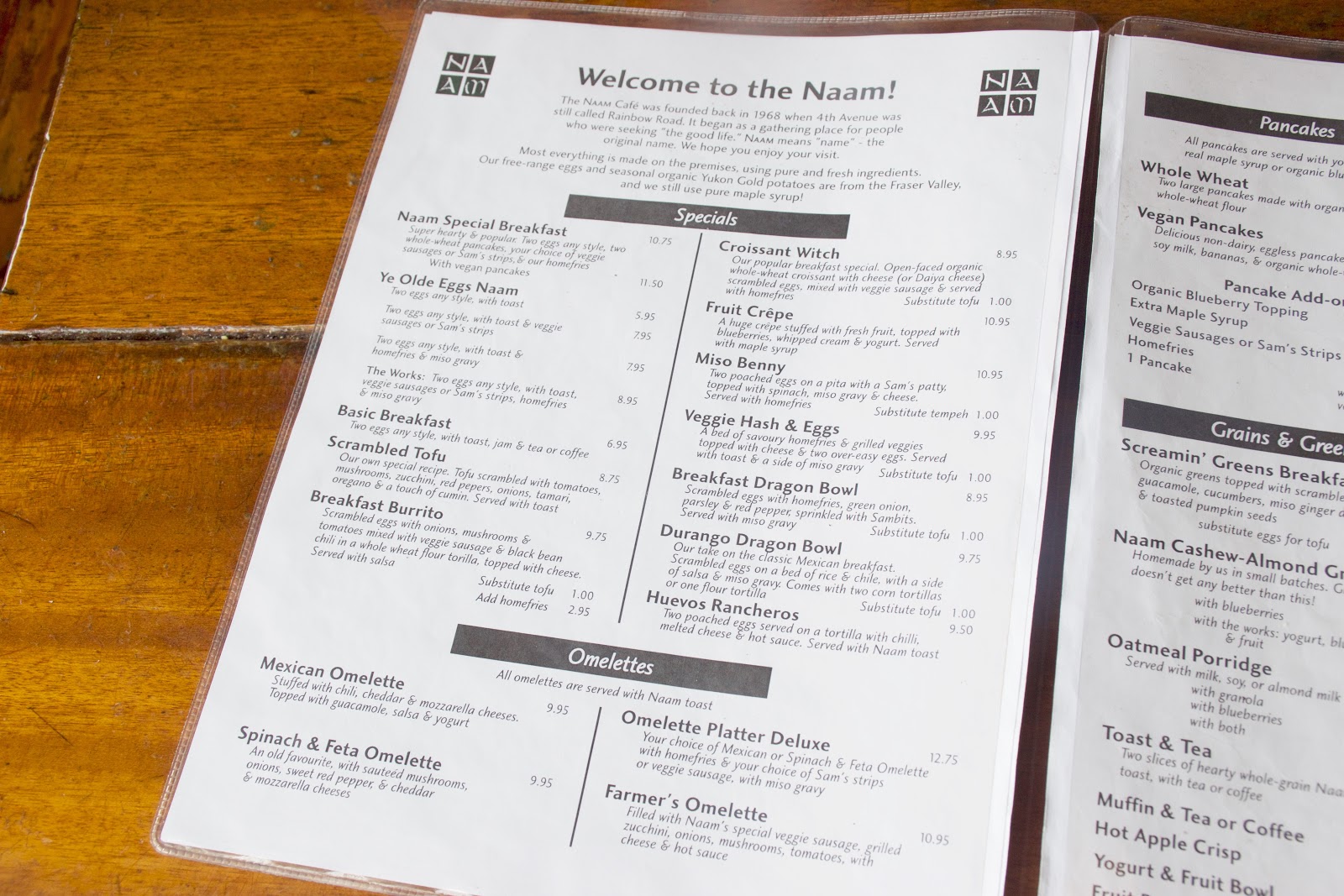 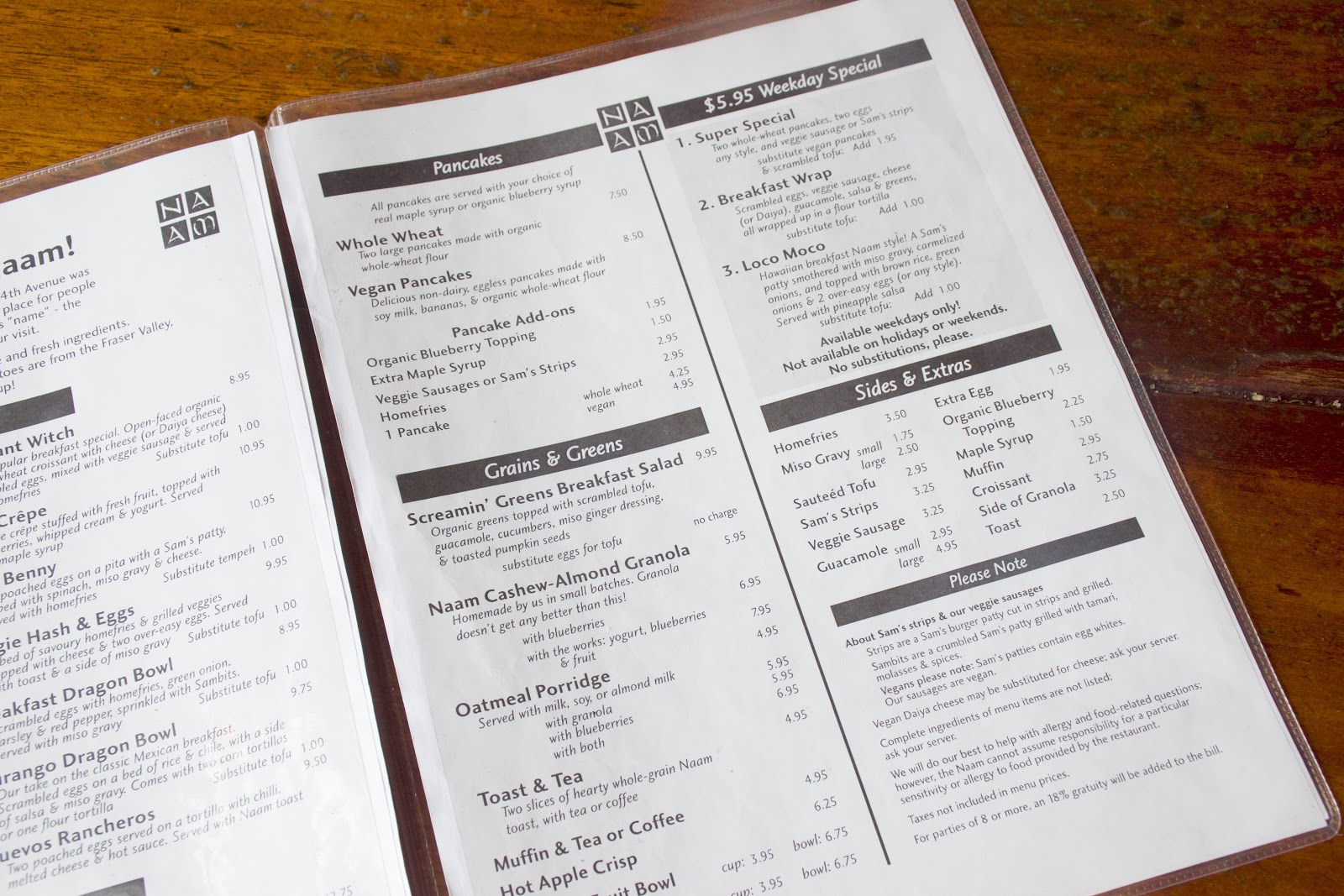 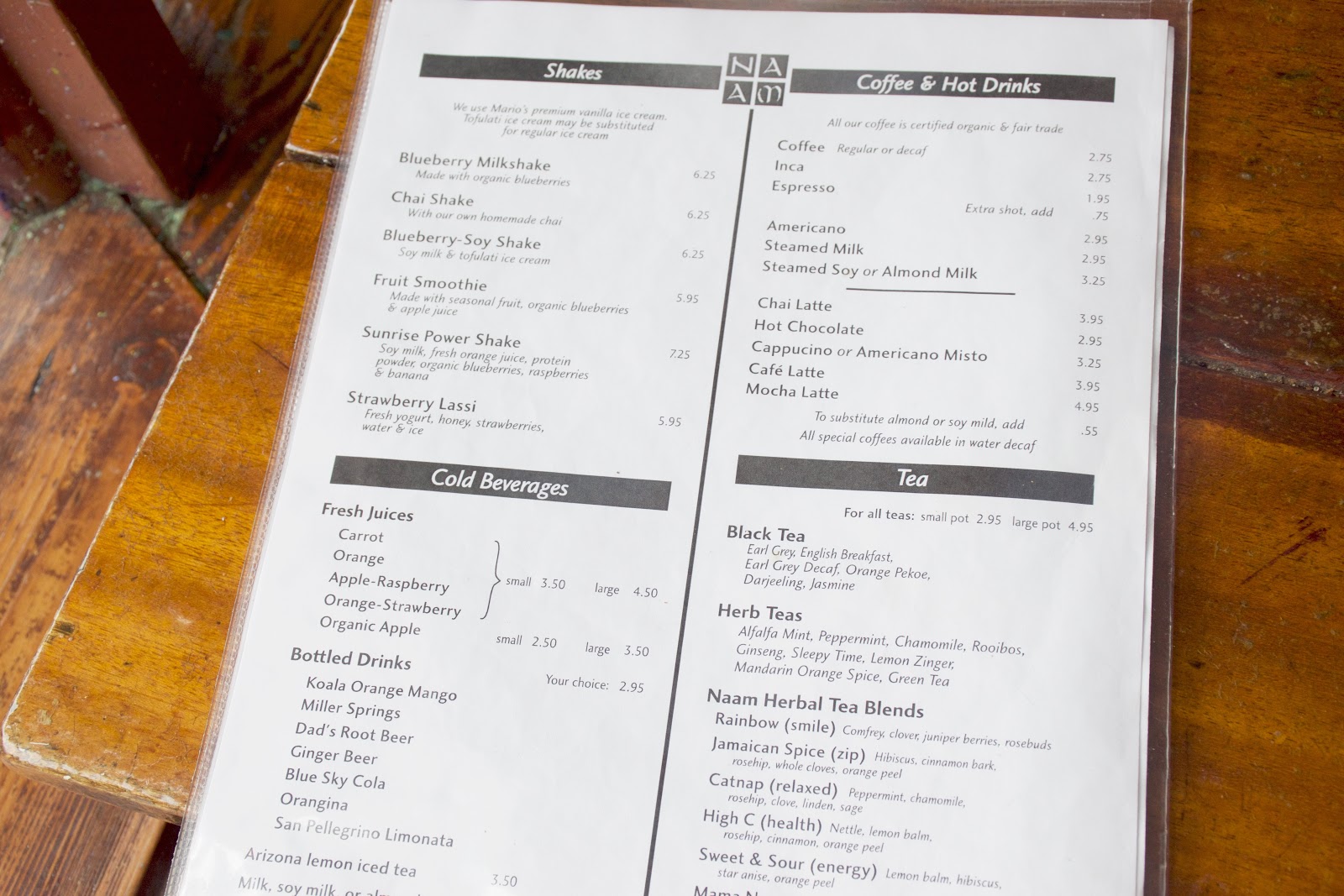