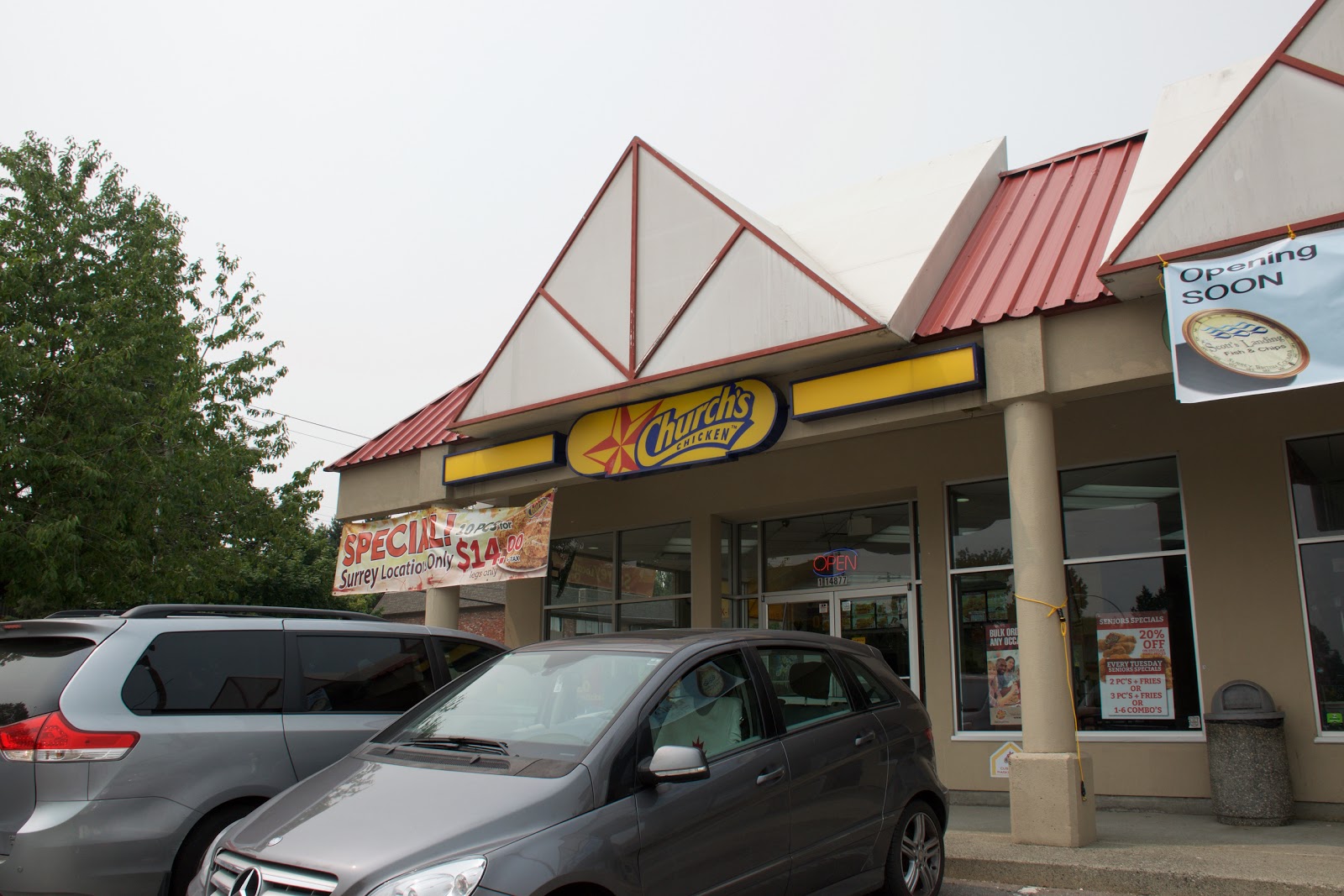 I've been craving fried chicken for weeks. I was like "Dad, if I do this, you have to reward me with FRIED CHICKEN tomorrow!!" And he agreed ;)

Hey, if you want me to do something, bribe me with food. Food is the only thing that gets me up in the morning. I go to school thinking about all the yummy food I'll get to eat after class ;)

My dad wanted to go to KFC, but since Church's was closer - we came here instead!! We got takeout, so when we got home, we laid out our chicken on the counter - and started digging in!! :D

My dad put on some classical music in the background and he was like "We're so classy - eating fried chicken & listening to Chopin." you're so funny dad. -.0

My dad popped open a diet coke with "Dad" on it, and I drank some hipster dandelion(!) soda.

A few bites in, my dad was like "Wow, this is so salty! Did they bathe this chicken in salt water or something? I only taste salt!!" That, I had to agree with. I like Church's chicken better (it's juicier) but the seasoning really needs some work. As for KFC, their chicken is a bit dry, but I do like their 11 spices recipe that they coat on the batter. 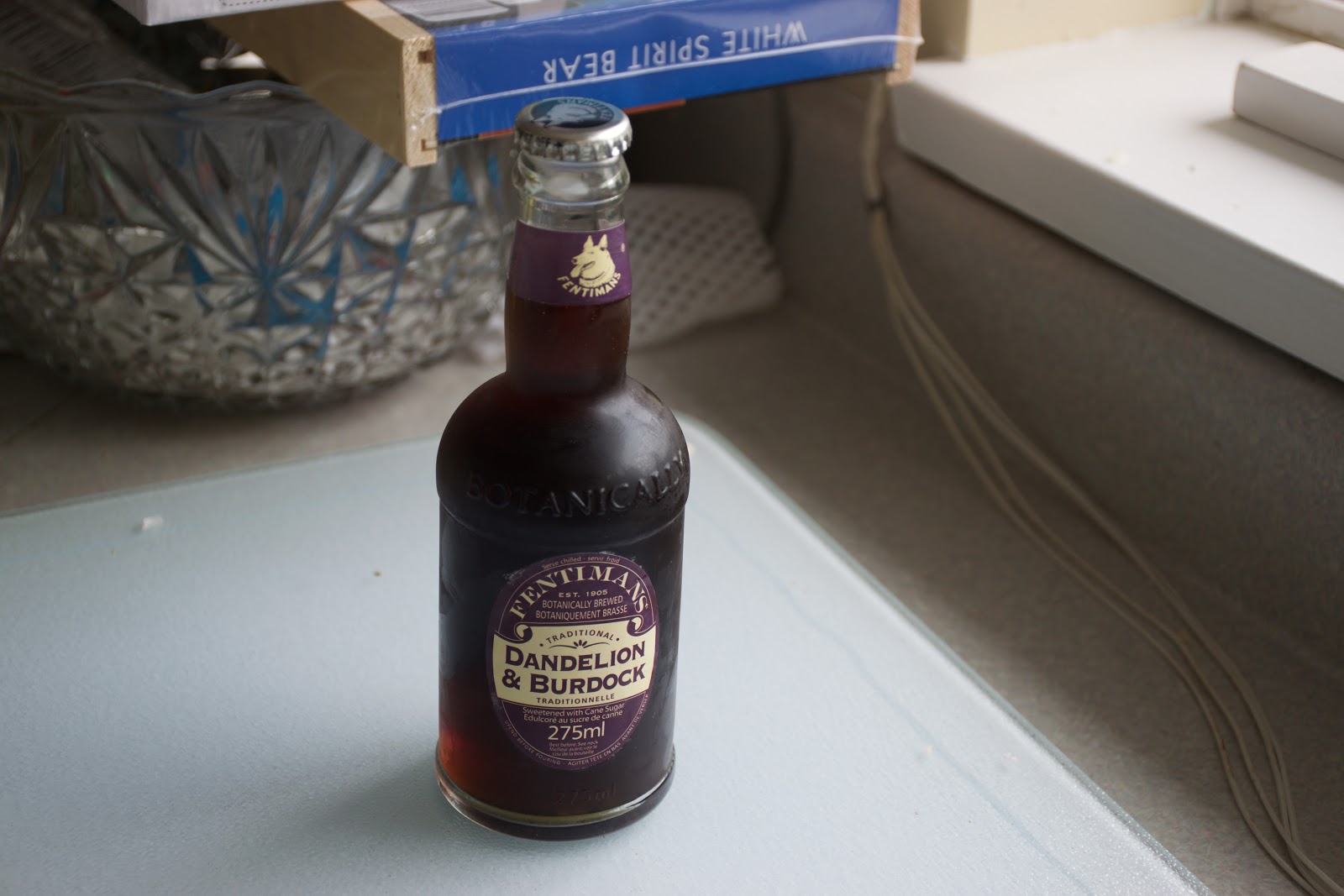 Churches doesn't sell this - I wish they would though ;)
I actually got this from the Fish Counter a while back, and only drank it today!! It had a really nice, floral taste, and you could definitely get hits of the burdock in the background. Nice and bubbly, and a nice change from your regular ol' coke or sprite! :D 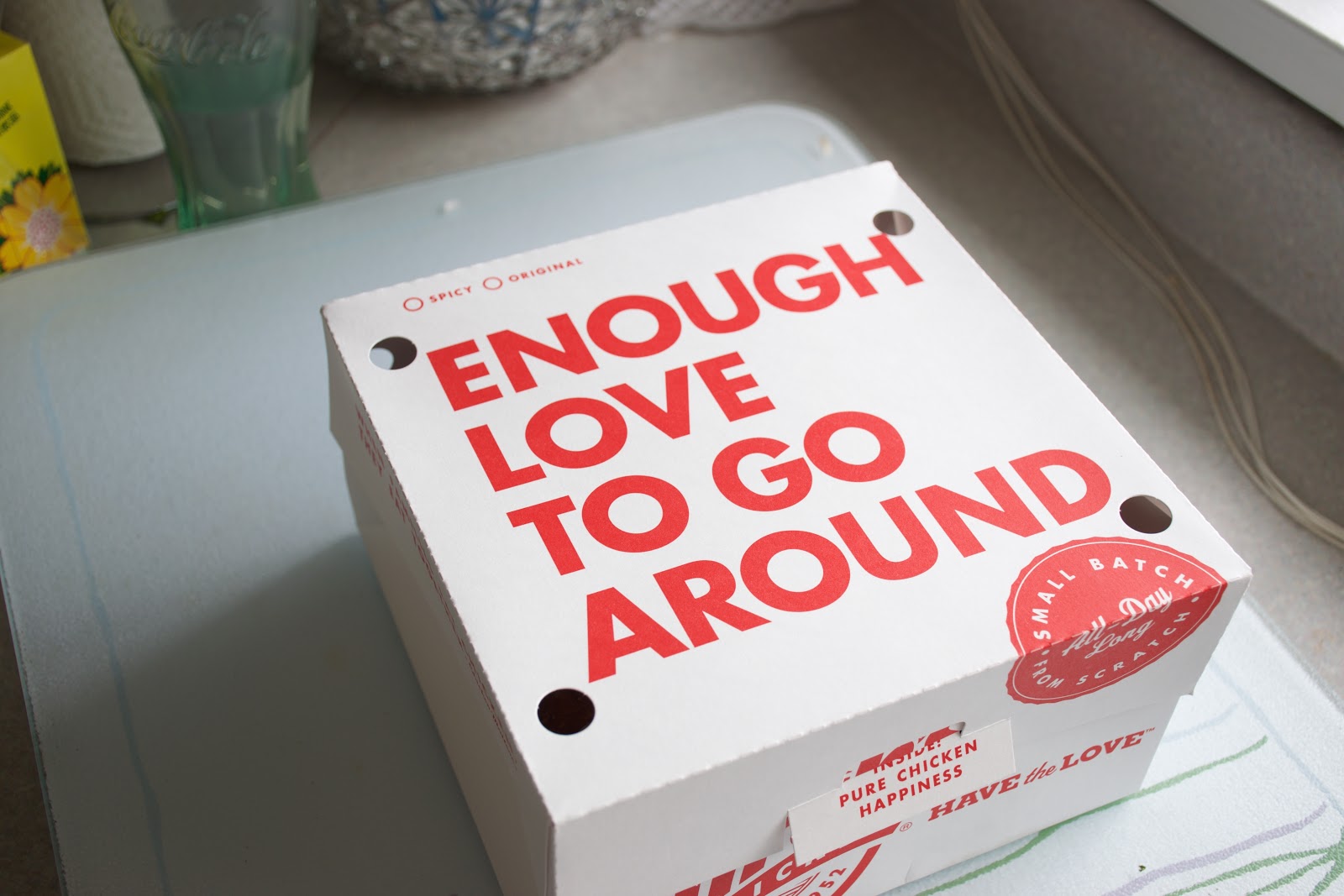 "Pure Chicken Happiness"``
Who wouldn't be happy with a box of fried chicken? ;) 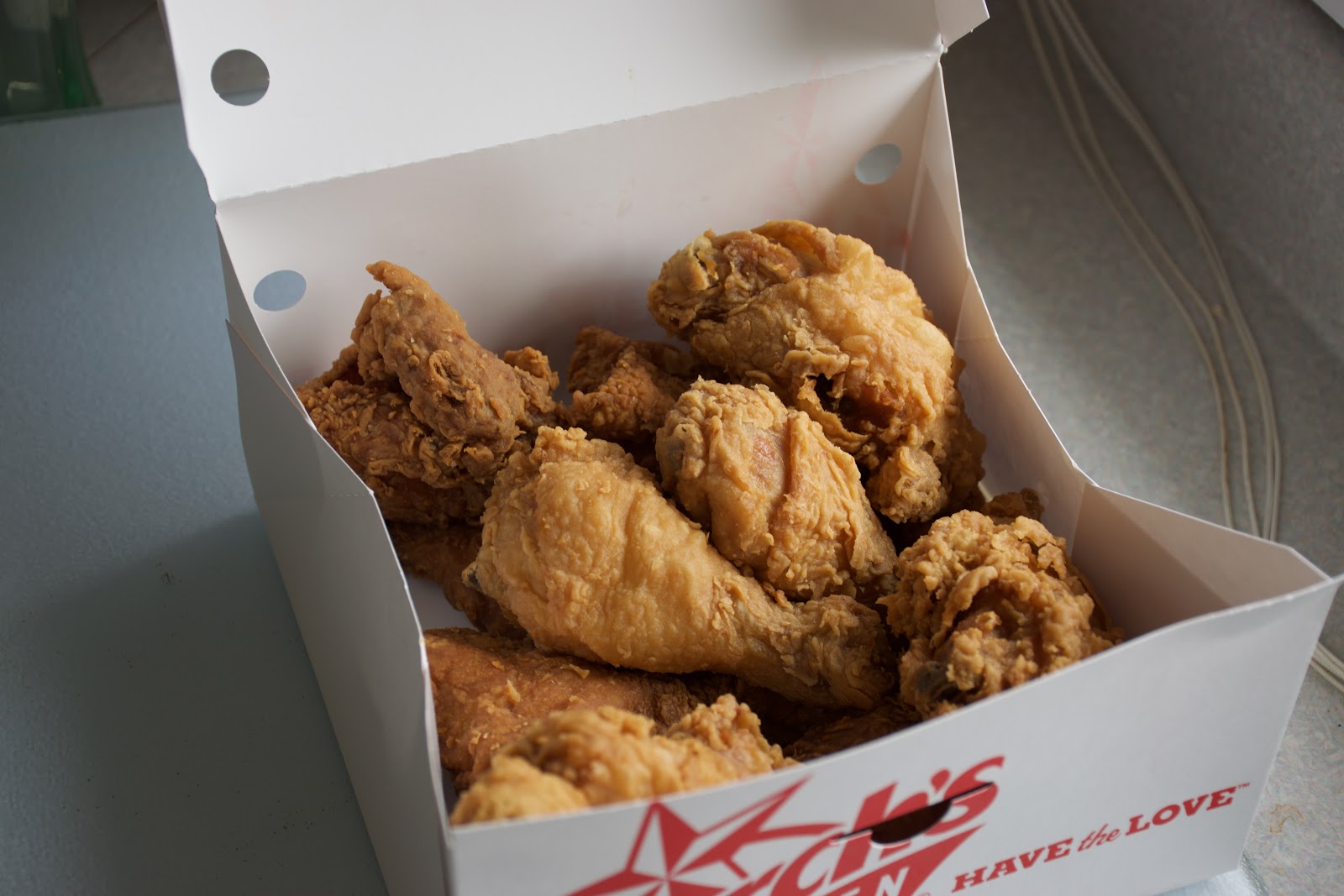 Not as good as I remembered it. Or maybe my standards have changed. Has my palette become more refined? ;) The skin was deliciously crispy and crunchy but the dominant flavour was the salt. Not a whole lot going on. The skin was reasonably juicy and the oiliness prevented it from tasting dry. I was planning on eating 4 pieces but in the end I only downed two, because after a few bites I started feeling queasy :P

The original is okay - I prefer the spicy version. It's more flavourful - but it's not spicy. At all. (And that's coming from someone with a low tolerance for spicy food) 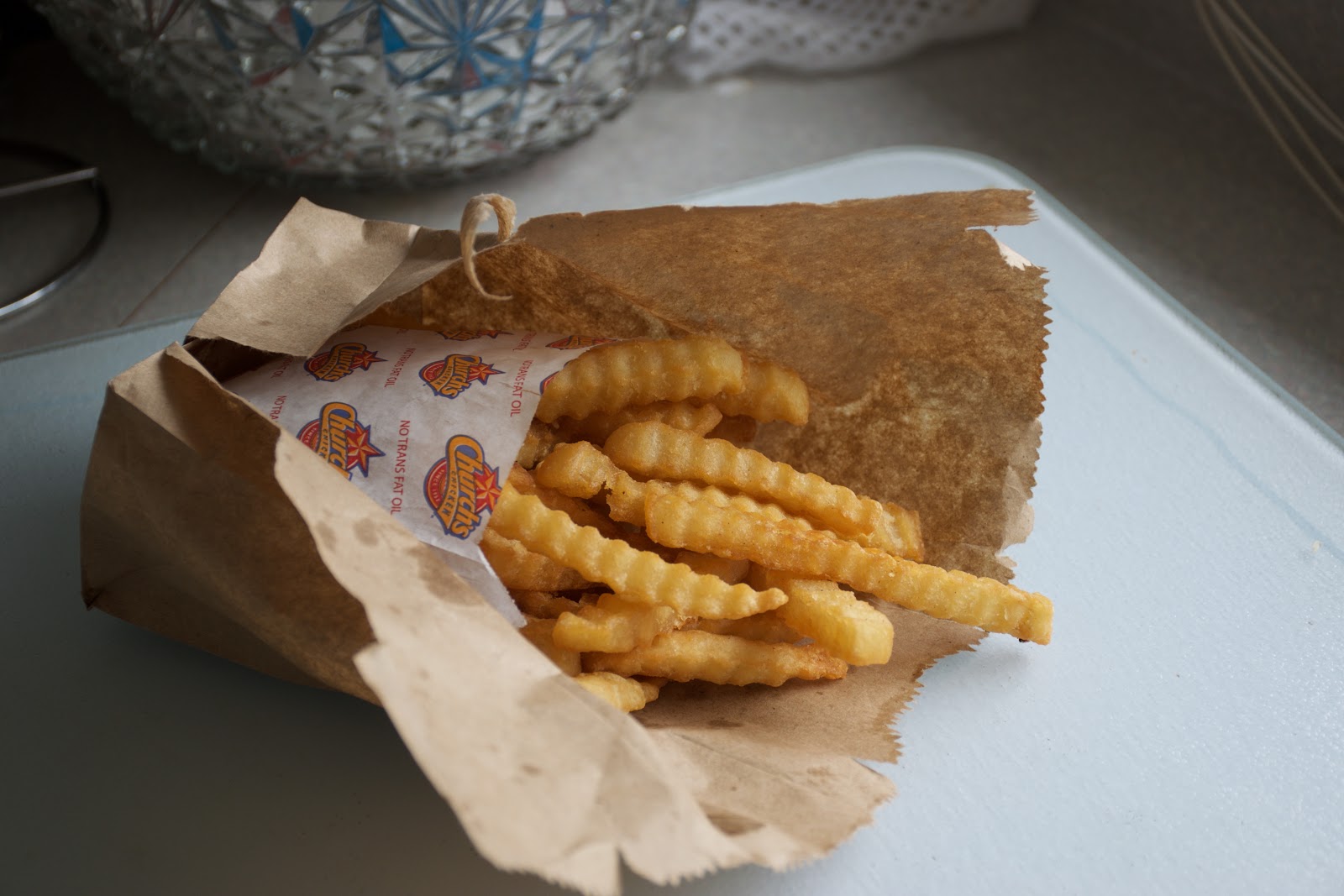 I'm not a huge fan of crinkle cut or stubby fries. The only fries I really enjoy are long & crispy ones ;D  These fries were just okay, they weren't very crispy and didn't taste very potatoey. They also weren't seasoned very well so these are definitely made for dipping in the gravy!! 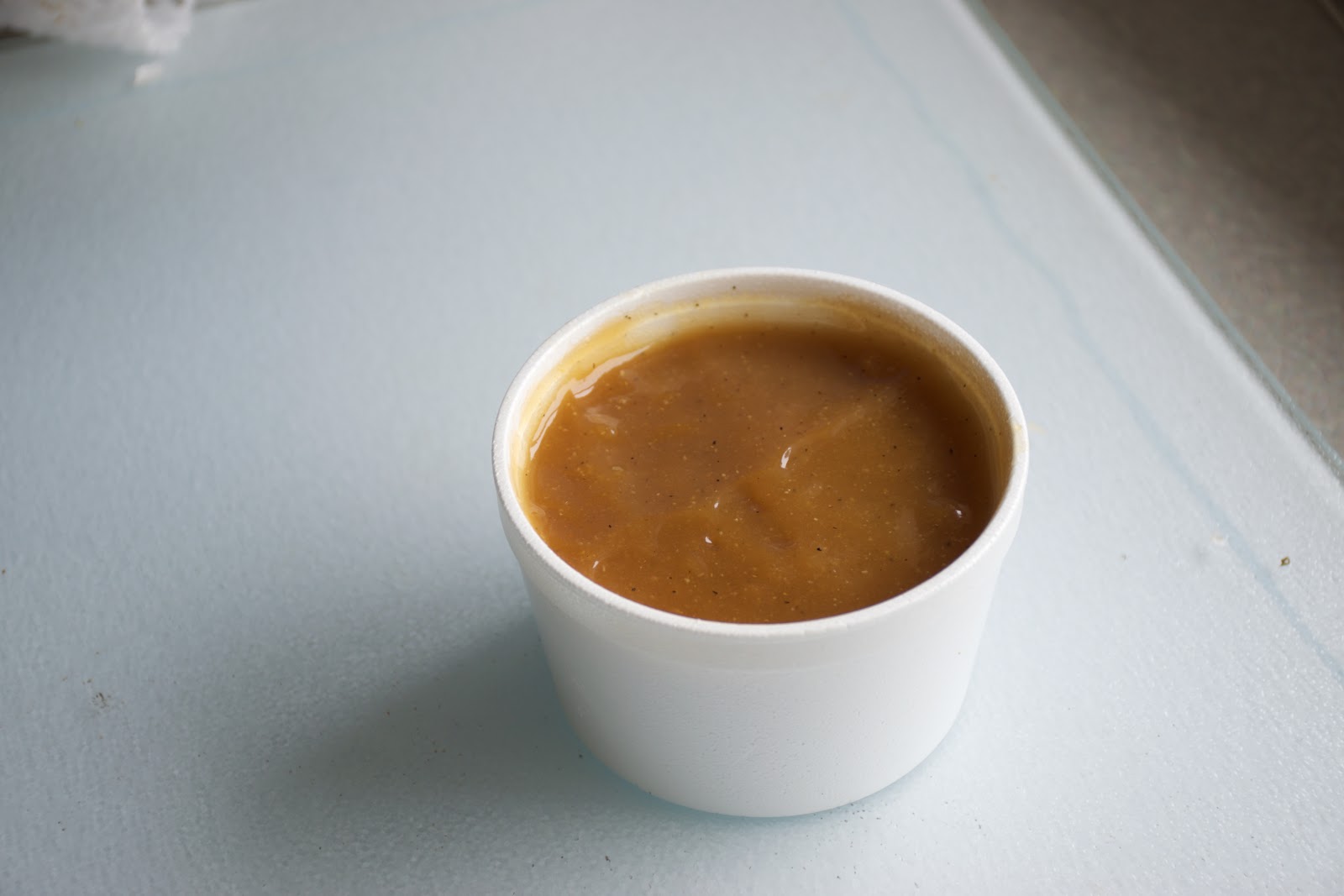 Tastes exactly how you would expect - like cubed gravy! Not that's there's anything wrong with that ;D It's salty, gloppy, with a mild gravy flavour. Nice to dip your fries in!! 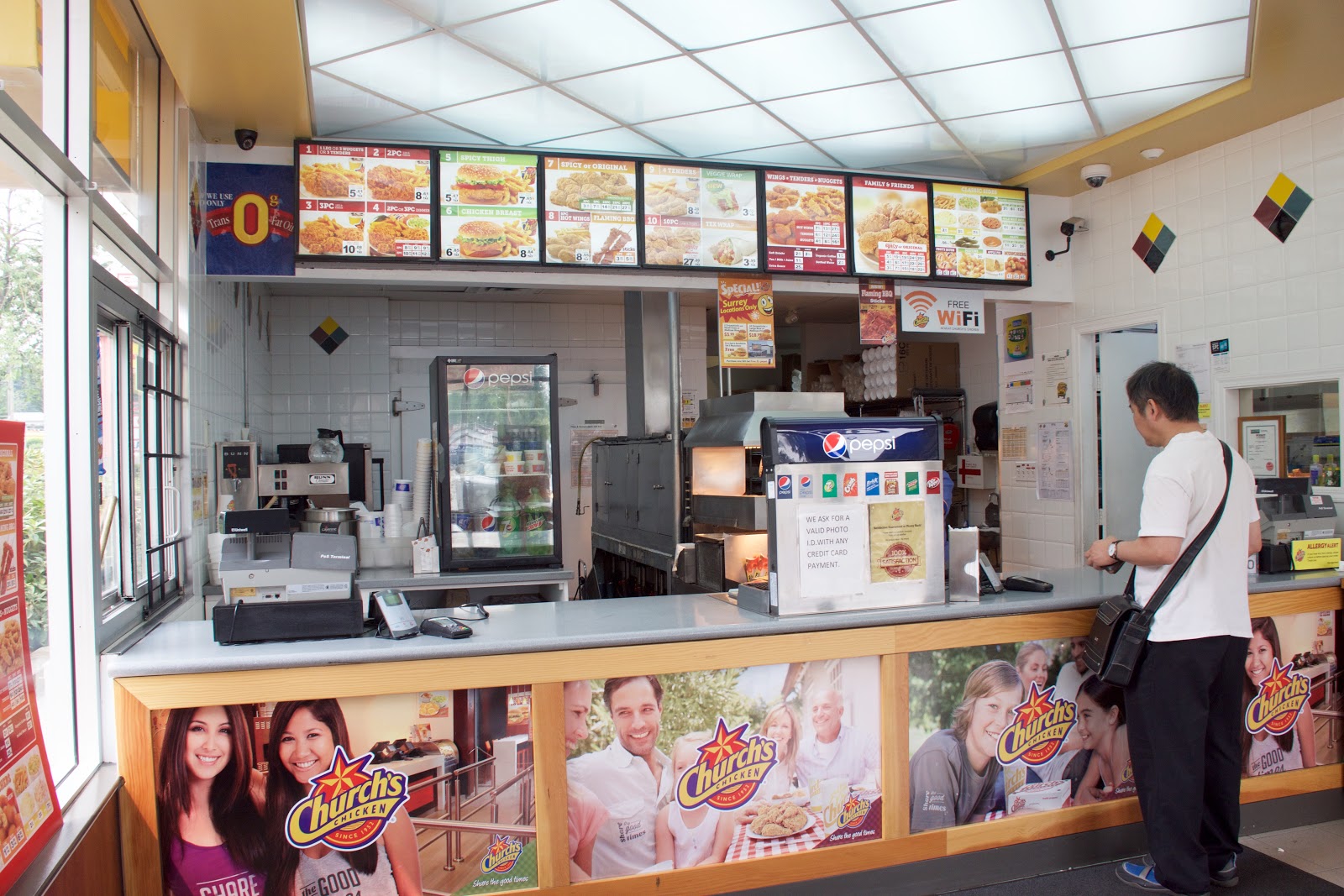