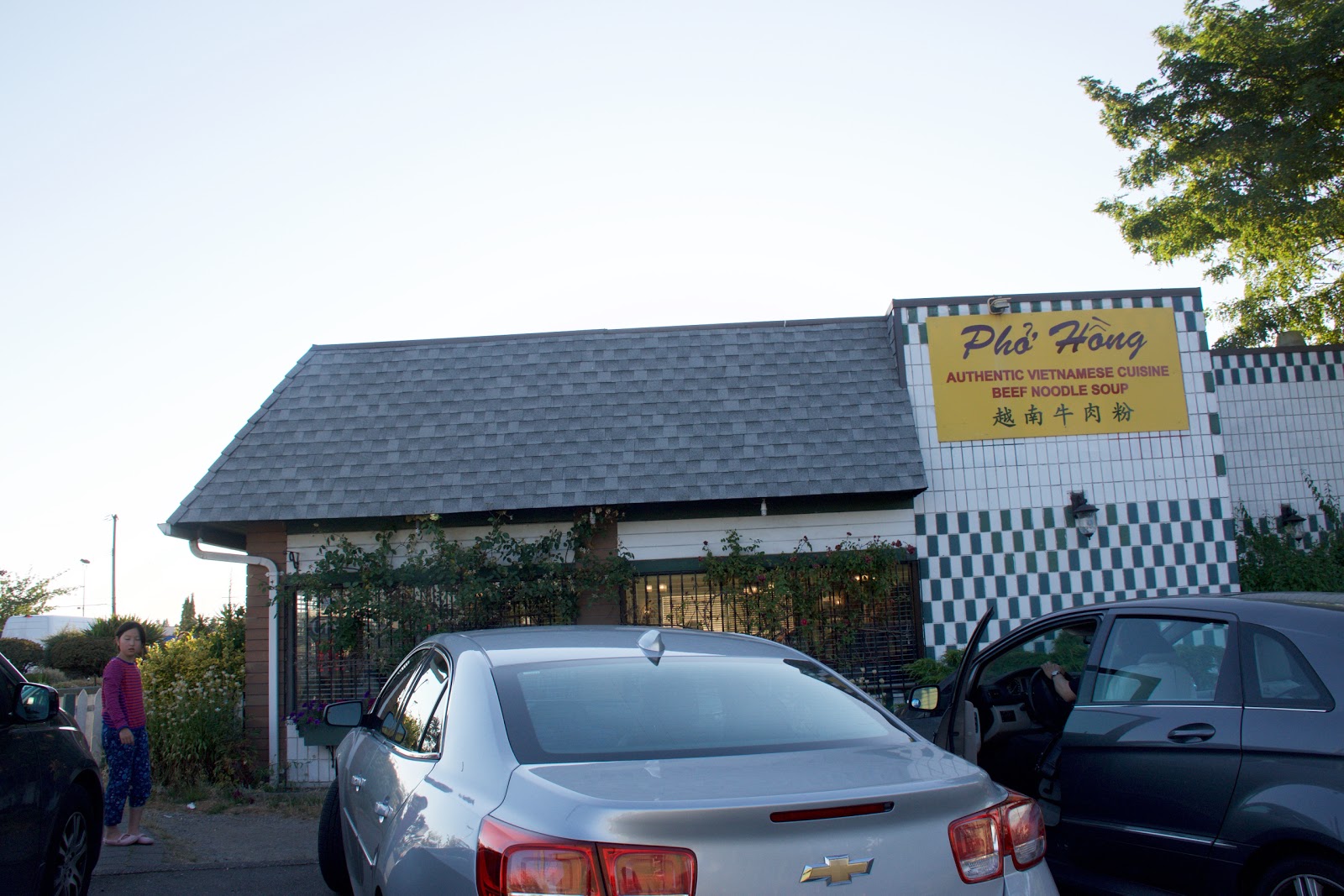 My dad loves Pho Hong. He refuses to go anywhere else for pho. The last time we tried Pho Tan across the street he hated it, and lamented at the fact that we weren't at Pho Hong. ;D

Pho Hong has been in this exact location for ages!! They've been open for 20 something years!! This was the first place I tried pho, so I have fond memories of this place :D  Even though Pho Hong isn't my favourite pho place, I hope they never close because this place has pretty much become an institution in Burnaby!!

A few months back they underwent renovations and this was my first time going back since. The inside looks pretty spiffy! The old, outdated wallpaper is gone, and they also replaced the wooden boots with seating that's sectioned off. Quite an improvement I'd say. Definitely makes dining in a lot more comfortable!! :D

Come to think of it - I actually haven't eaten a proper bowl of pho in months. But since it's summer - I think I'll save my pho days for the colder months ahead!! ;) 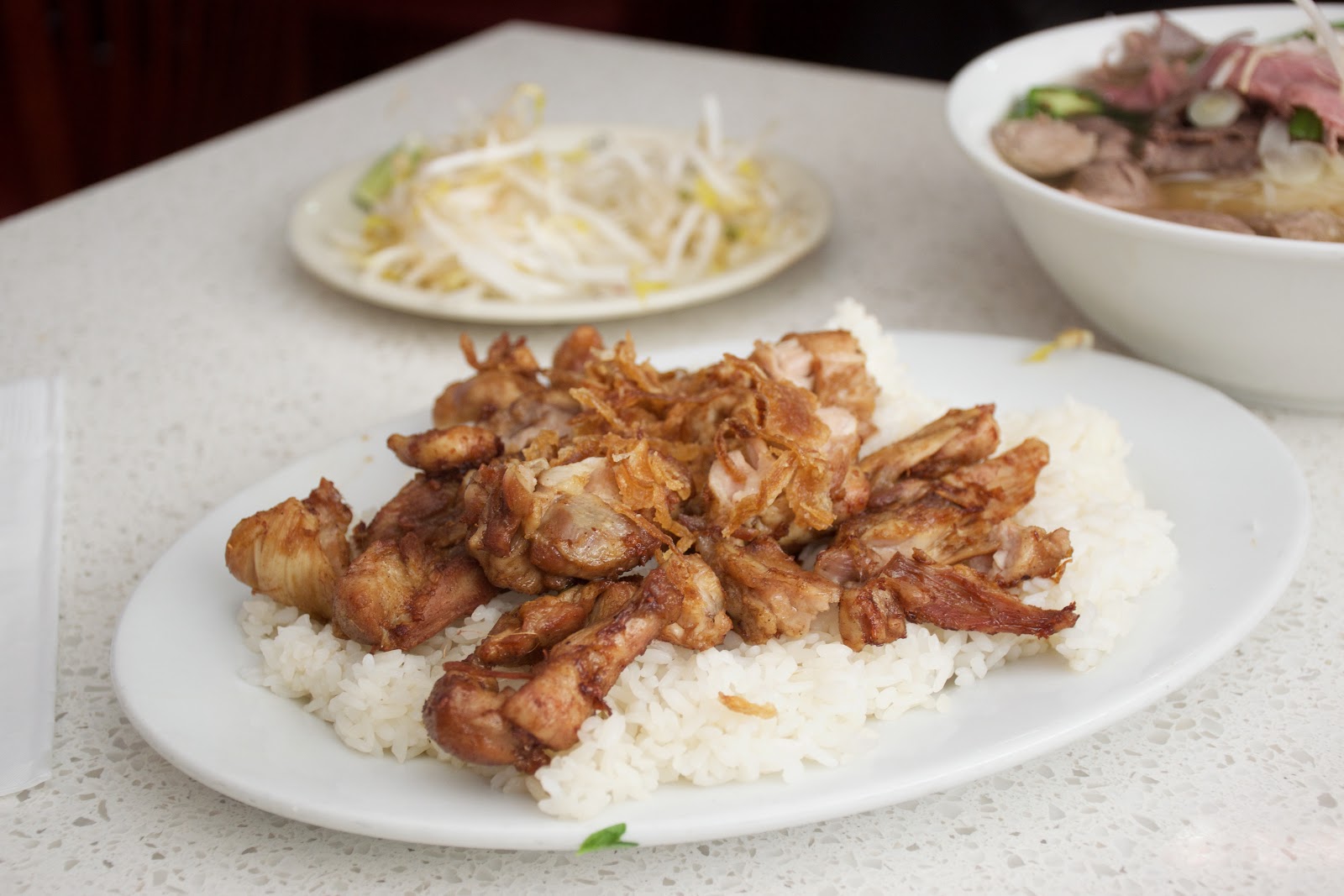 This wasn't very good. The lemongrass chicken was very dry and lacking moisture. Since it was so dry it was really hard to chew. The lemongrass flavour was there, but I just couldn't get past how hard the chicken was. Maybe I just got a bad batch? The best part of the dish was the rice (because there was a lot of it.) The rice was chewy,albeit a bit dry tasting. 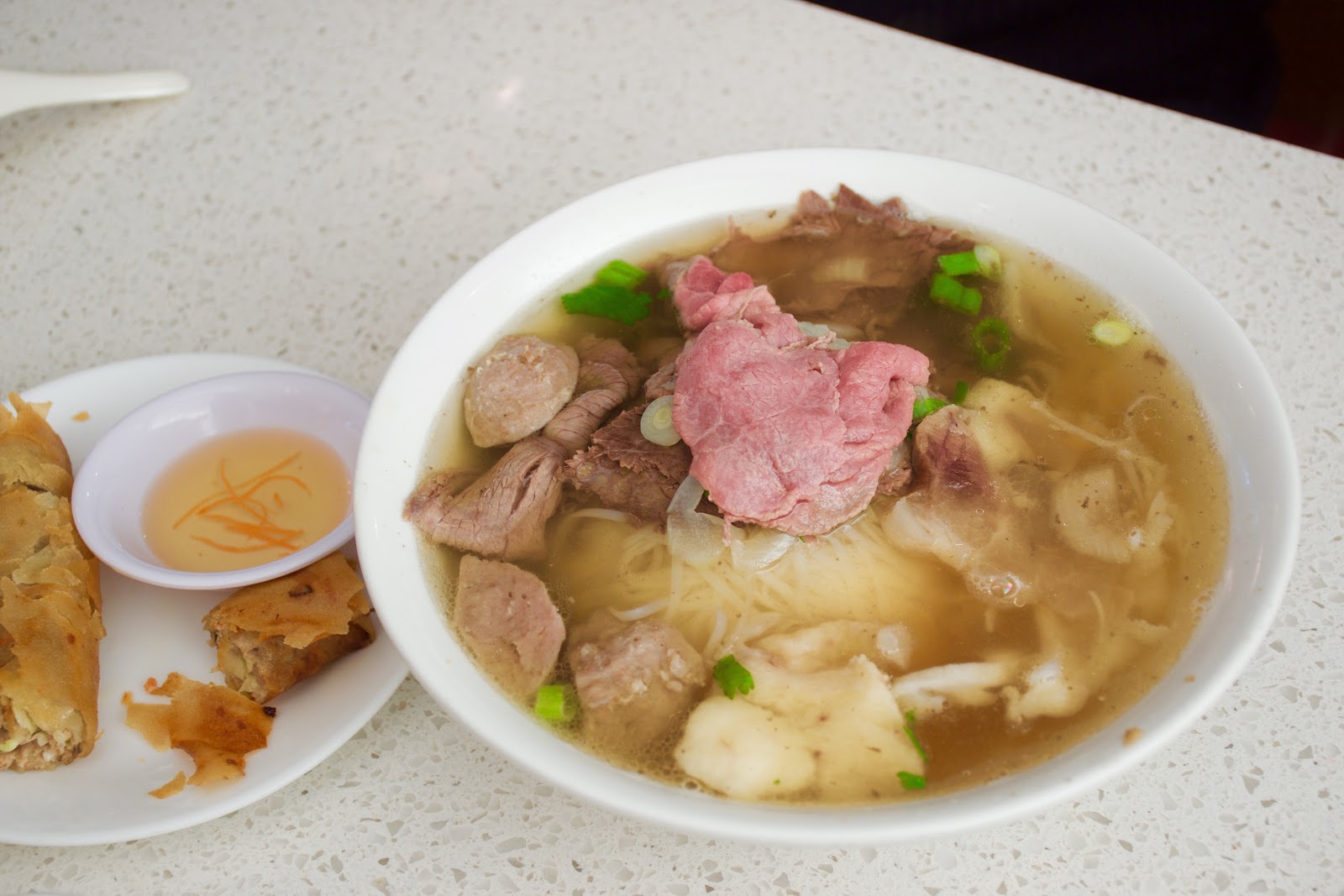 That rare beef looks so pretty sitting on the top ;D
3/5 stars

The pho, like usual, wasn't particularly remarkable, but still decent nonetheless!! I'm not sure if they put MSG in it, but my dad finds it really flavourful, so that's why we keep coming back! The portion size is really large and if you get a combo (which comes with a spring roll) it's an even better deal!! There's a large helping of noodles and a decent amount of beef in there too! 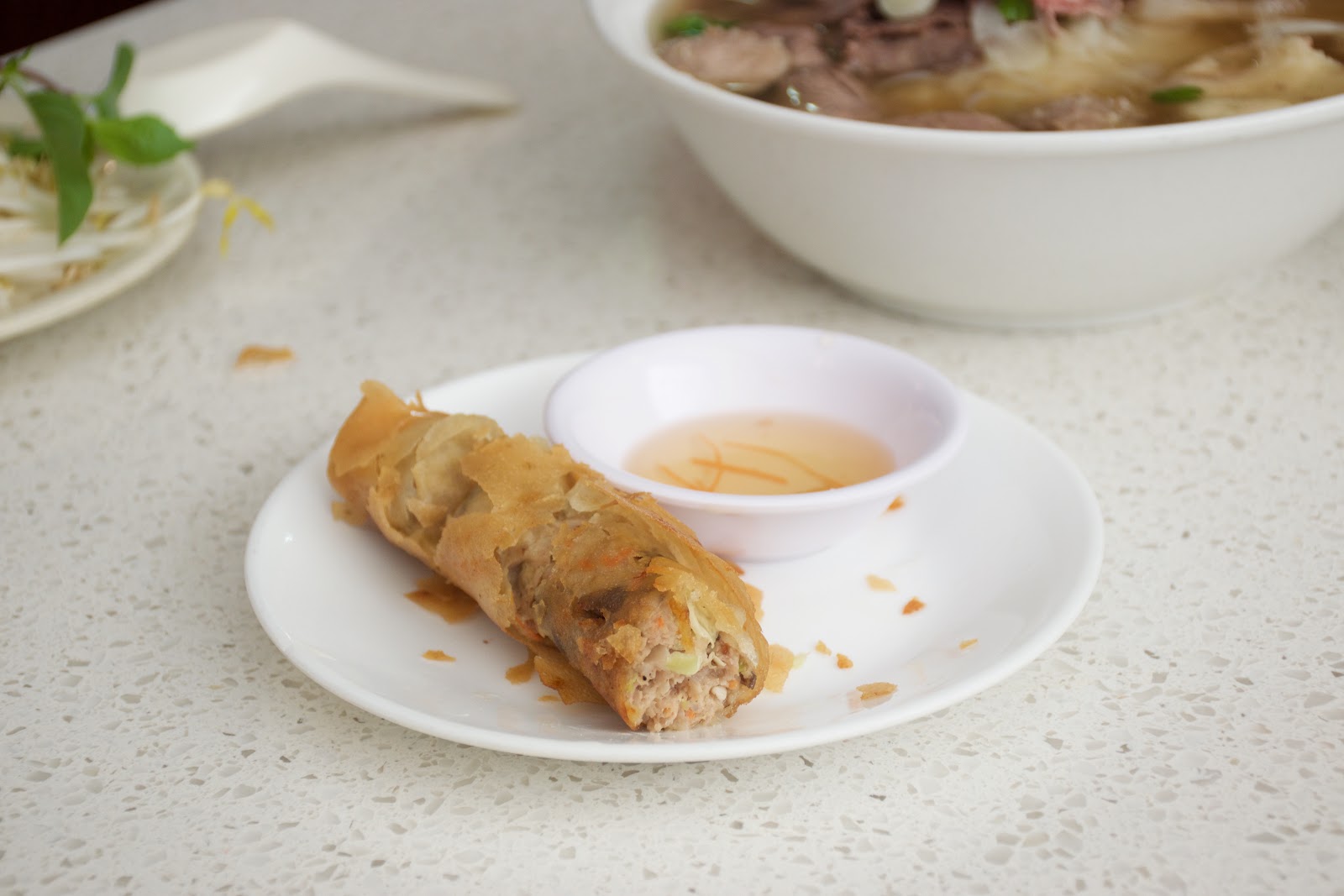 I like the spring rolls here!! They're huge thick and meaty tasting - although the filling could use a bit more flavour - I'm content with dipping them in the fish sauce!! I prefer rice wrappers, but these I don't mind because they're really crunchy and not too oily! 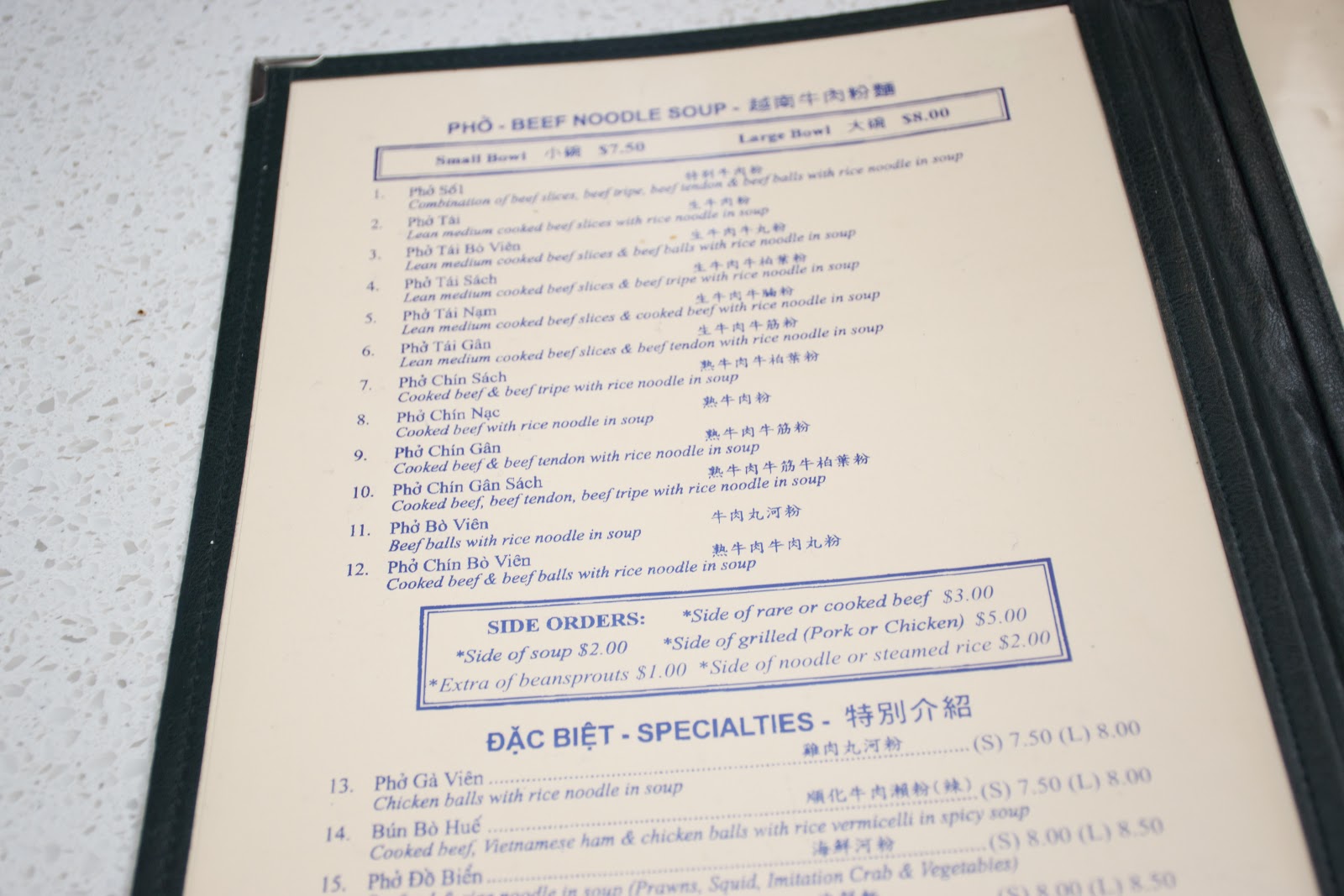 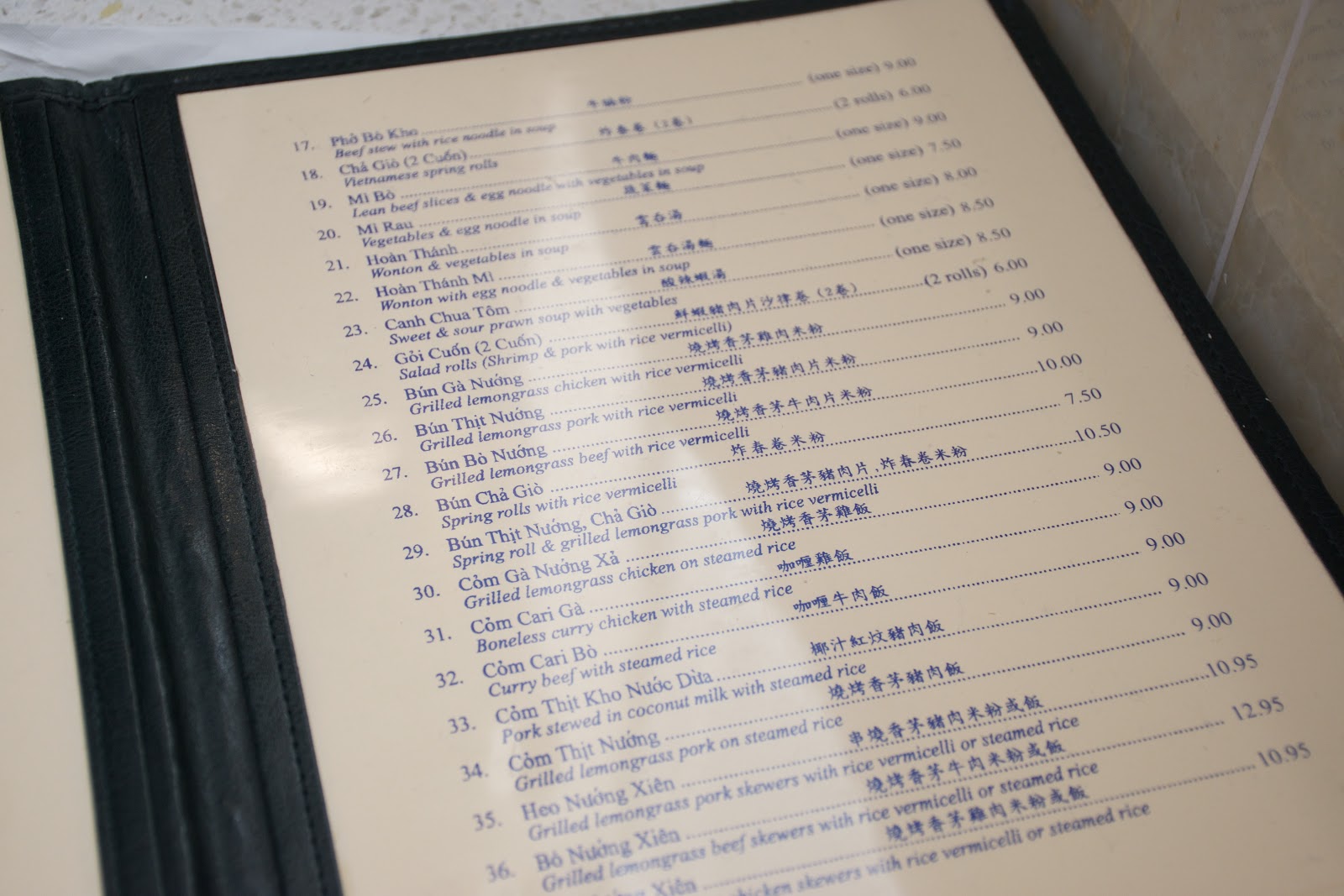