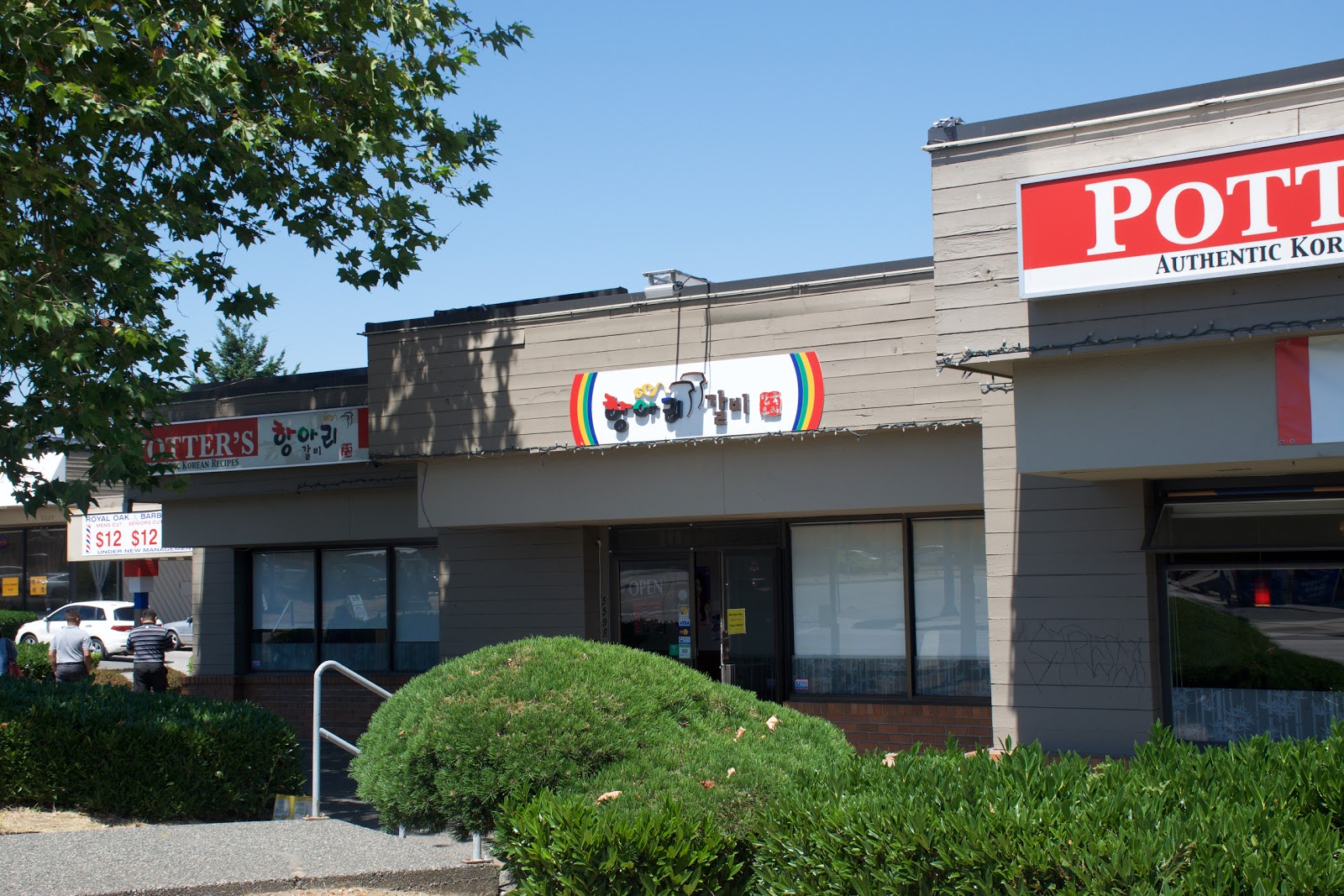 HAPPY CANADA DAY EVERYONE!!! Happy Birthday to the country that bore and raised me - I LOVE YOU CANADA!!! Hope you guys are out there enjoying the sunshine!! My dad and I are planning on going downtown for all da festivities ~ it's going to be so much fun!! Maybe I'll see some of you guys there? ;)

I've been craving jajangmyeon like mad lately. Not really sure why (may or may not have to do with the amount of mukbangs I've been watching.) It's replaced my ramen obsession and has now become my noodle of choice ;)

I haven't seen my mom in so long - so yesterday we decided to catch up over some good ol' Korean food!! :D  We didn't want to venture too far from her home base, so we settled on Potter's Garden, just a hop and skip away from Metrotown!!

I've passed by Potter's way too many times to count, probably over 50 times!! And today I finally got to try it!! Sad to say that we didn't really enjoy our meal... even my mom, who's not picky about food, didn't like it. If you're in the area, I would suggest going to Hanwoori Korean Restaurant across the street or Tai Won across from Metrotown for some awesome homecooked Korean grub!! (Psst, their jajangmyeon & fried chicken is LEGIT!!) 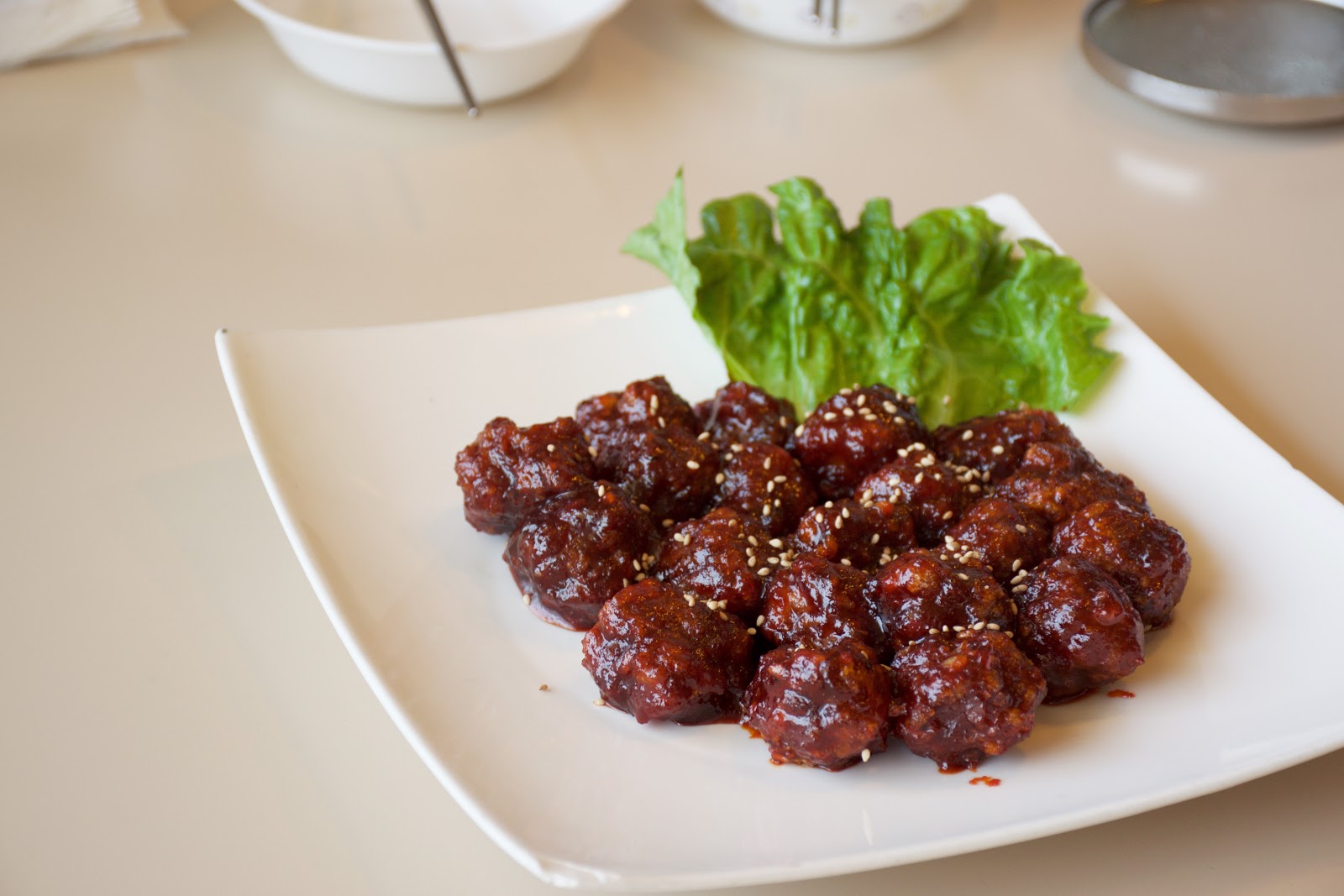 This was really not worth $21. We were expecting something much larger, like the fried dishes they serve at Tai Won Korean Restaurant. The beef balls were so tiny, and they ending up costing about $1 a piece. We really couldn't tell it was beef, because it tasted like pork! The sauce was quite nice, really spicy, a bit reminiscent of siracha. The batter however, was laid on really thick, and just made the whole thing unappealing chewy. This just really reminded me of a badly executed version of sweet & sour pork. 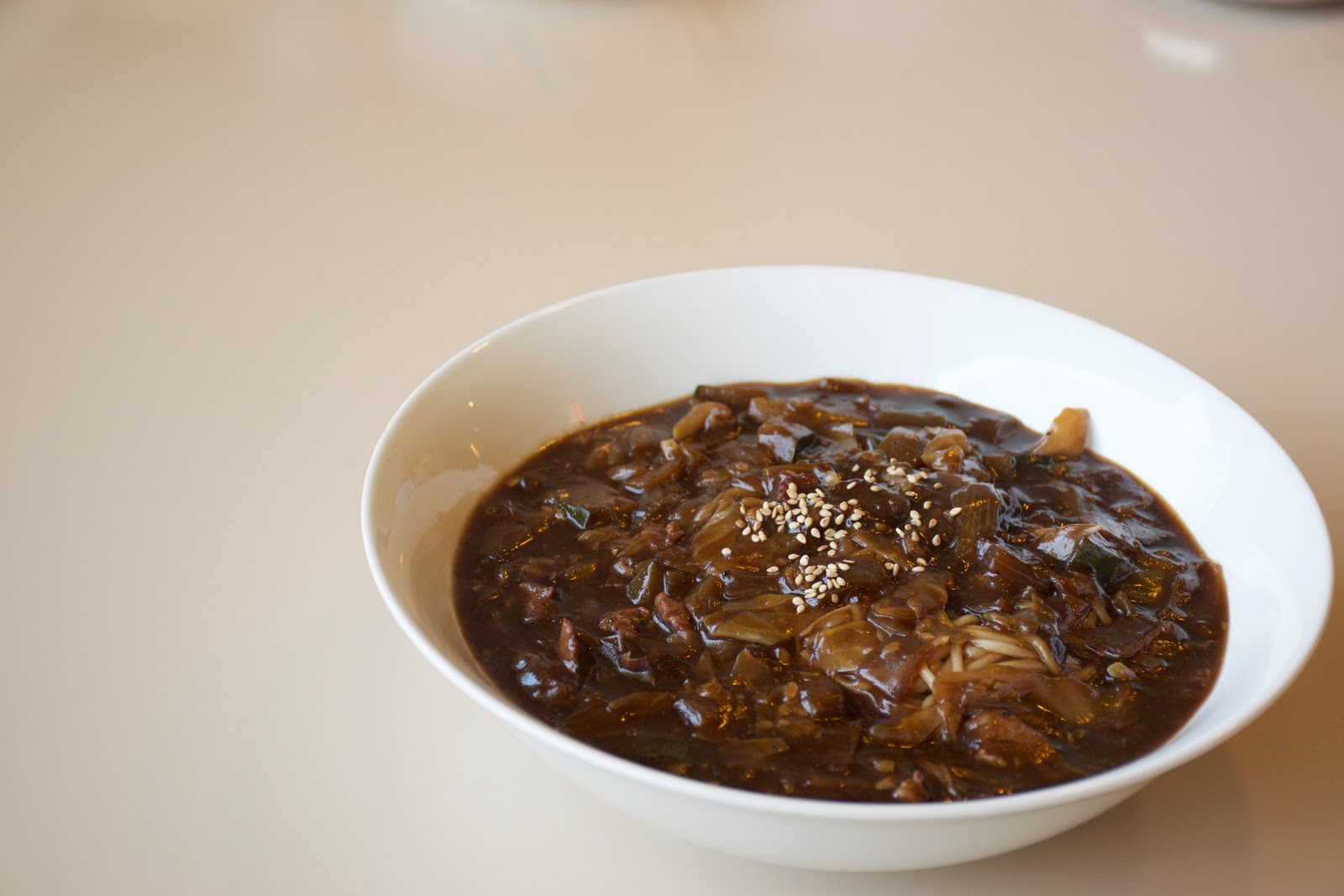 I love jajangmyeon, but this version was a disappointment. It was very badly executed to say the least. These noodles weren't handmade, they were just plain prepackaged store bought noodles!The noodles themselves were overcooked, limp, and a bit soggy. I was hoping that the sauce would save the dish, but the sauce turned out to be bland and lacking in overall flavour. At least the portion size was large! 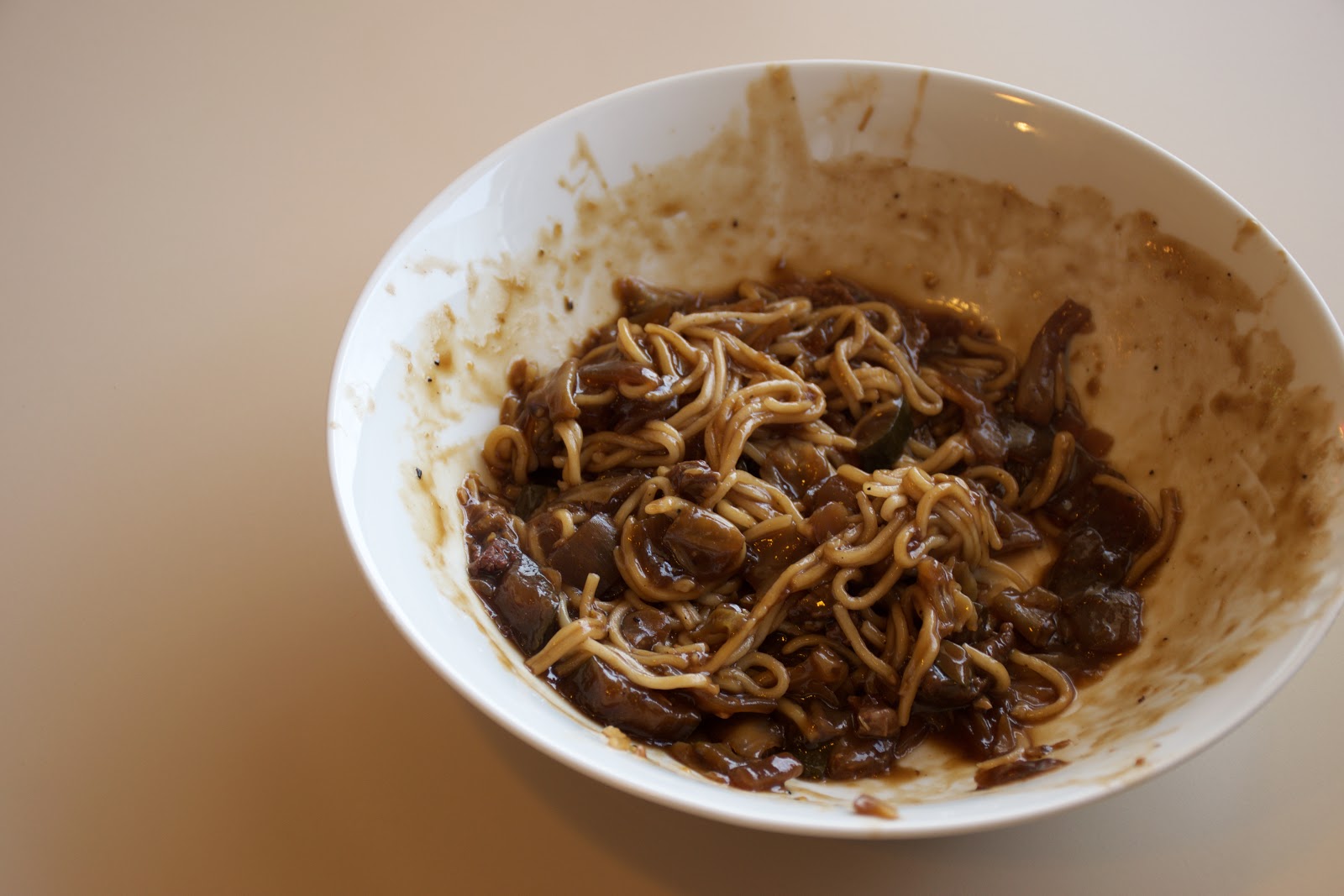 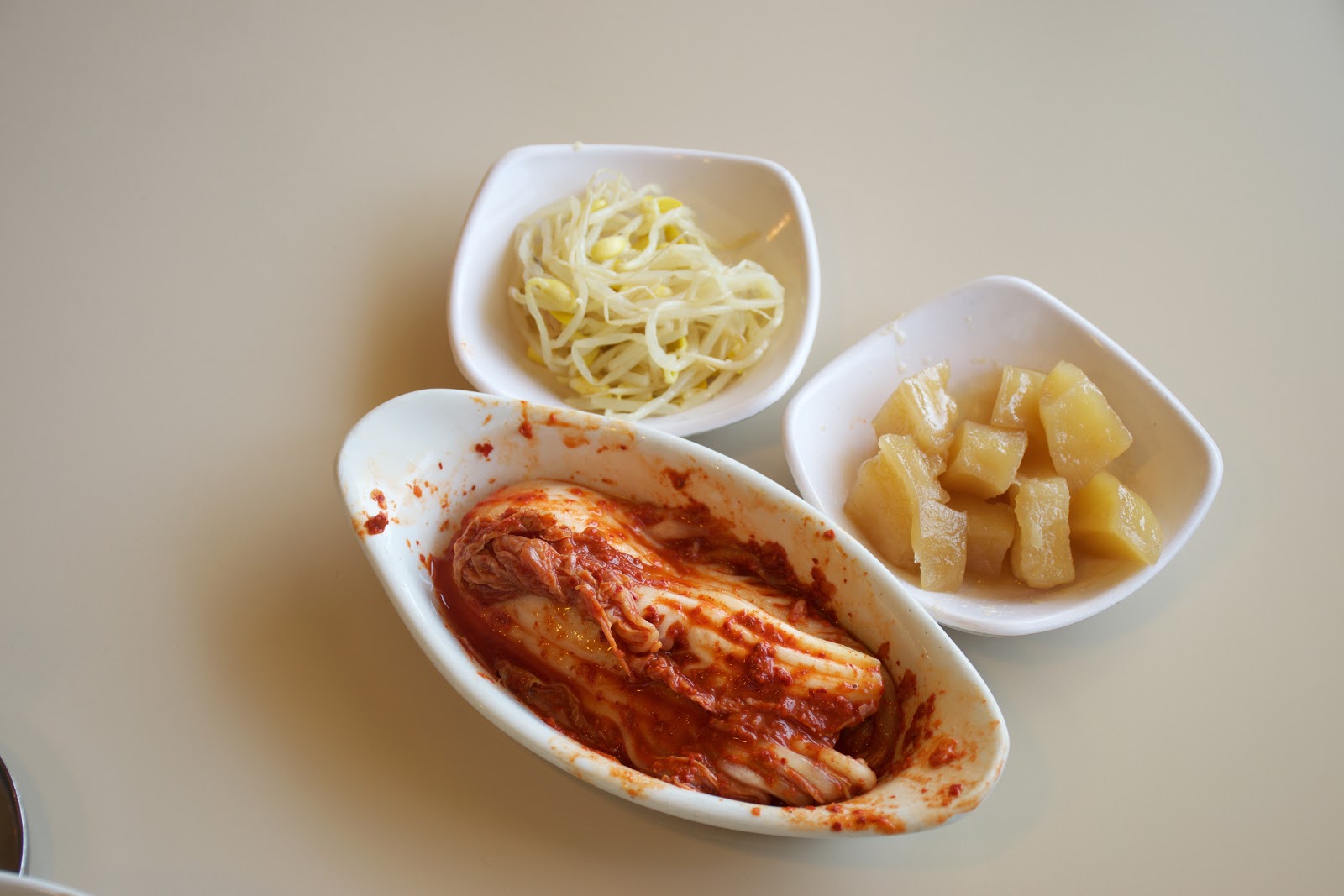 I love banchan, but this wasn't all that great. The kimchi flavour wasn't bold enough, it could've been spicier and tangier. The potatoes were okay, I prefer the kind that's a bit crusted on the outside. 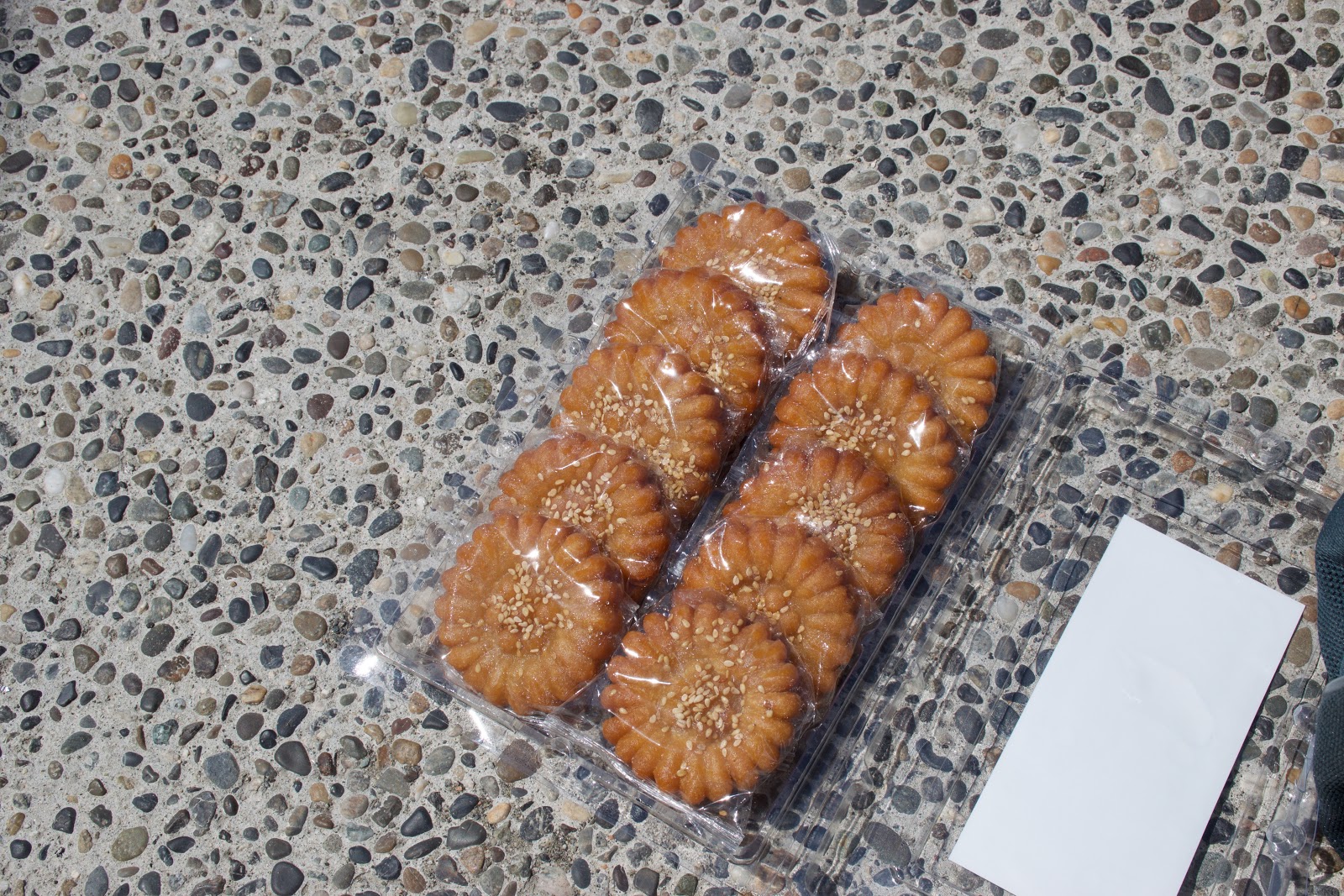 We also went to the Korean market in the same plaza after lunch for some dessert hehe. We found these - traditional korean cookies!! These were surprisingly tasty!! The texture is really neat - the exterior is a bit hard and the inside is chewy!! They cookies had a light oil flavour to them with a hint of sweetness! Definitely going to devour these in no time ;)