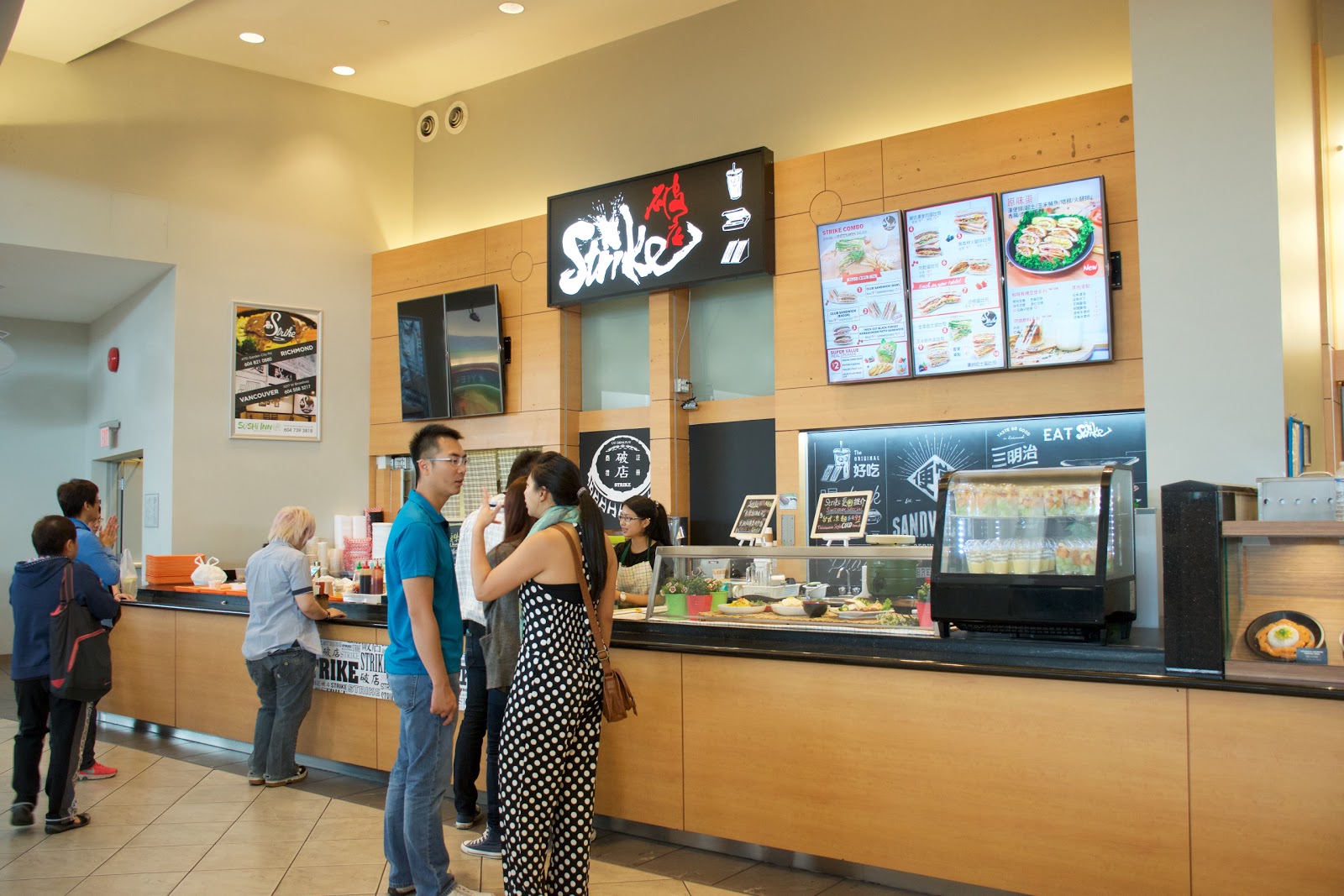 Strike just opened up in Aberdeen!! And you know me guys, being Taiwanese, I love my taiwanese food! ;)

When they first opened they only had sandwiches, but now they have rice dishes too!!  As soon as my tastebuds come back I am SO going back for their 5 spice chicken chops & 5 spice fries (omg!!) :D I'll have to see how it compares to Yougo Chicken and Chef Hung (their main competition!)

They also have egg crepes, which is a super popular breakfast dish in Taiwan! Their breakfast menu is very similar to the taiwanese/western breakfast places all over Taiwan which are really popular with students and the business crowd!! Western/fusion breakfast shops are actually quite a recent phenomenon, traditional taiwanese breakfast shops sell shaobing w/ chinese donuts, fan twan, salty soymilk (uhh now I really want some.)

I didn't really want a sandwich that day, so I opted for one of their rice dishes instead!! I should've gotten one of their chicken/pork chops, because the marinated pork rib I got was so small!!
Strike replaced the spot that Vera's and Triple O's use to occupy. I'm a bit sad they didn't last because sometimes it's nice to have something non-asian as an option, but at the same time, I'm really glad there's another Taiwanese stall in Aberdeen!! :D 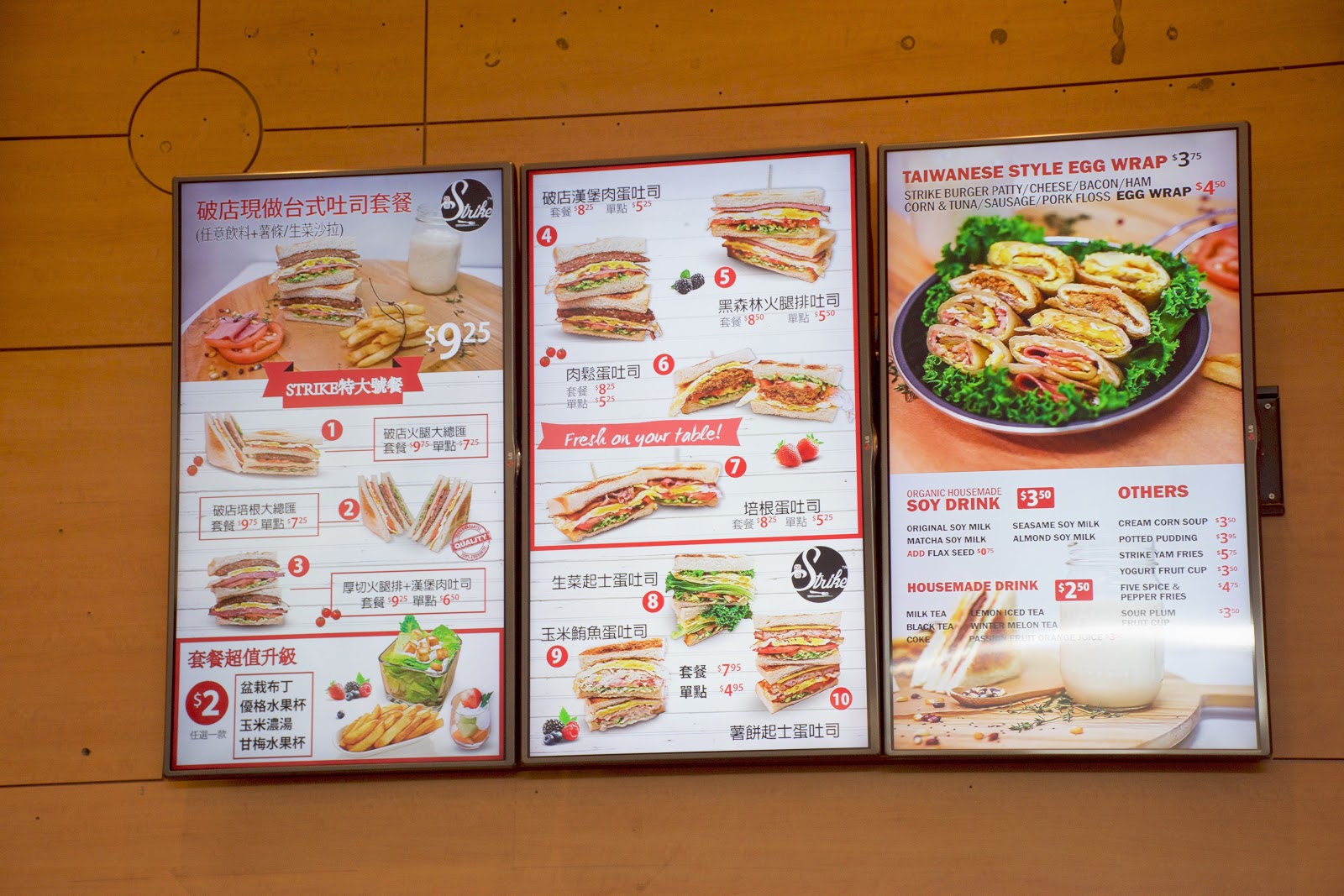 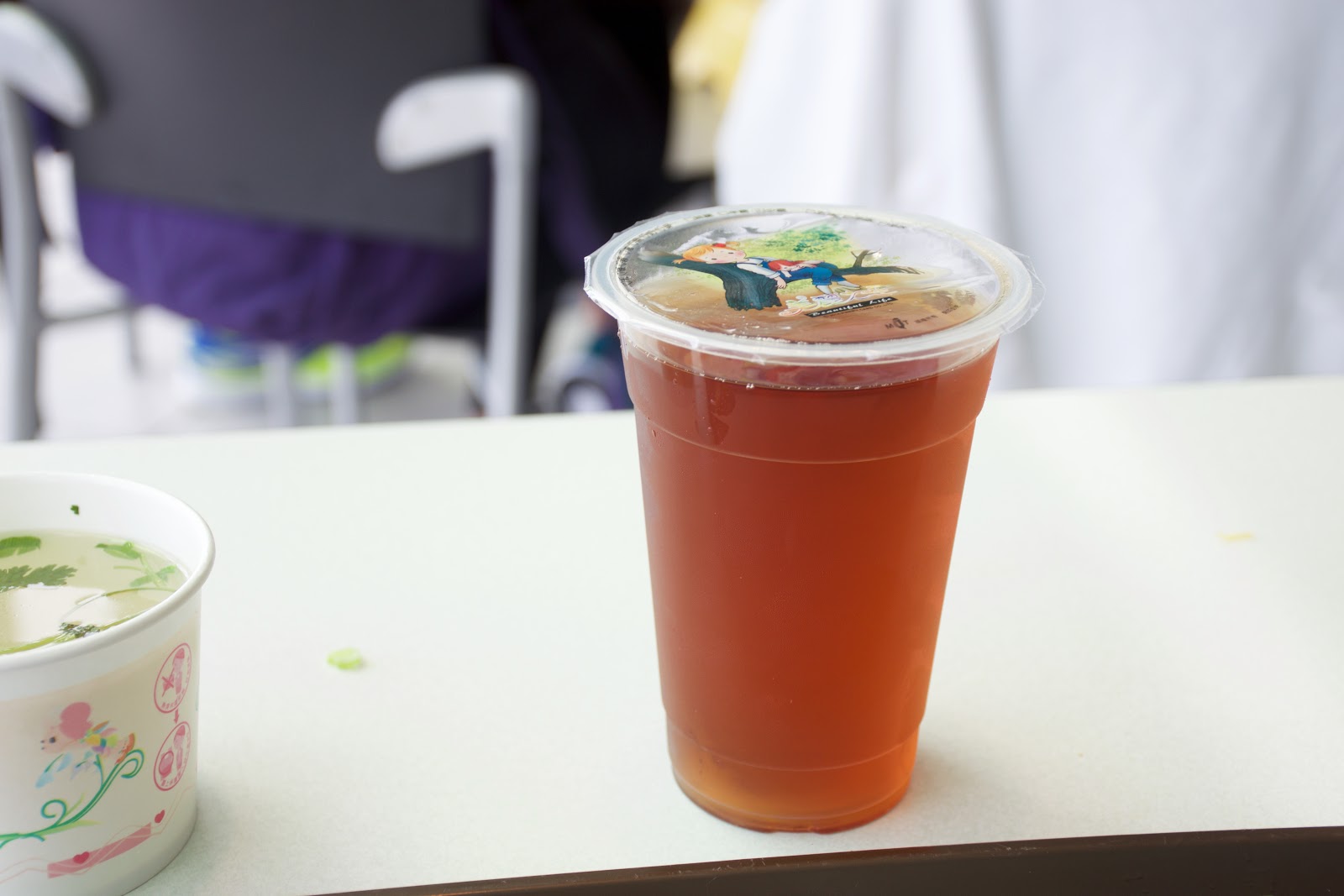 Wintermelon Tea (Came with the combo!)

Omgg, wintermelon tea is my absolute favourite! So sad I couldn't taste it. :(
In Taiwan I would always order an XXL size of wintermelon tea at the nighermarket!! (Oh how I miss those days) 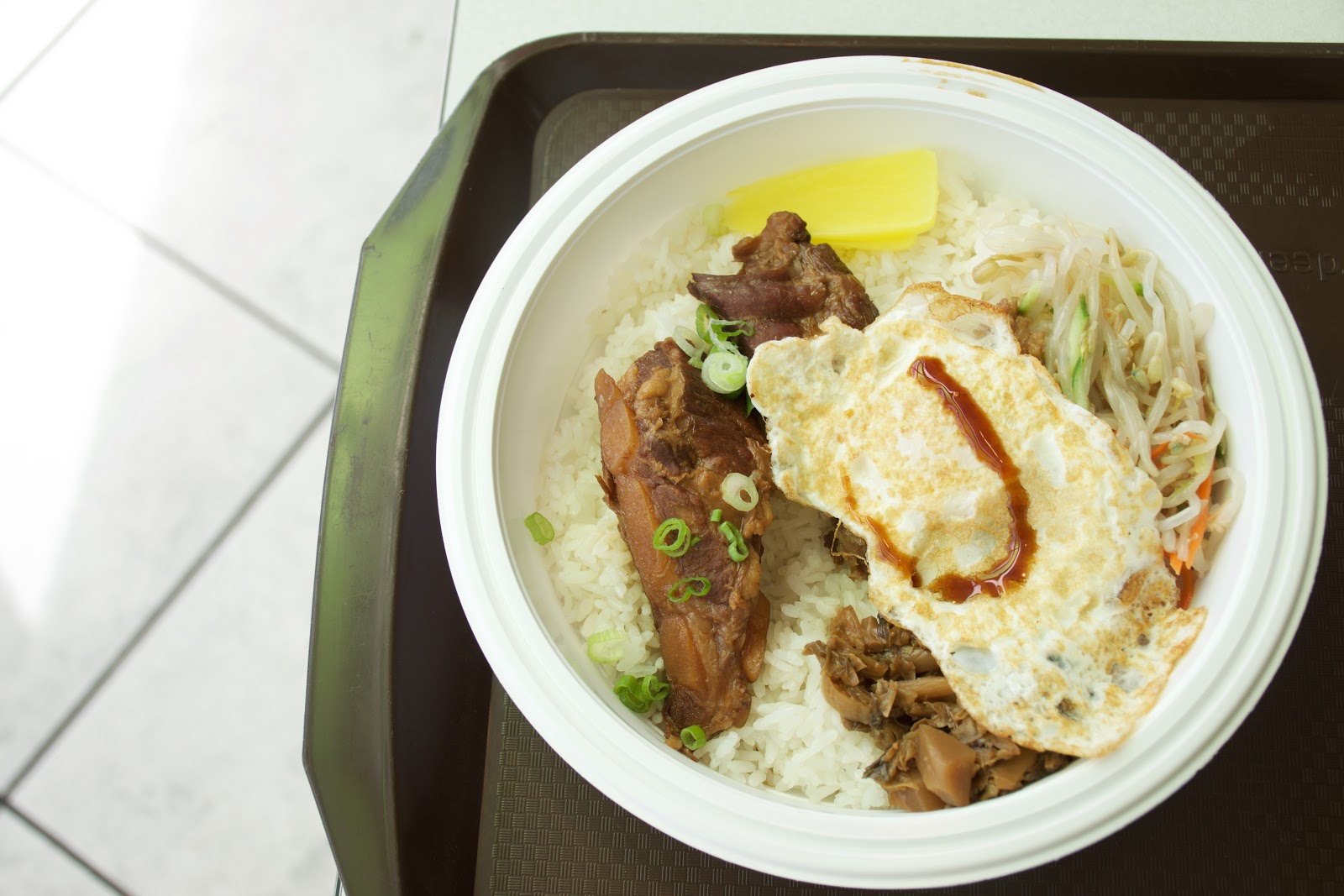 (No Rating) - Because I still can't taste anything :(
Will my tastebuds ever come back?!!!

Okay, so I couldn't taste anything, but I still made some observations!! :D

The rice was quite nice. Nicely cooked and perfectly chewy!! The egg was also nicely fried, the exterior was crispy with the yolk still intact! The pork rib on the other hand, wasn't so great. Other than the flavour (which I couldn't taste) the meat itself was quite tough. Not tender at all! It stuck to the bones and it was hard to pry off. The portion size was quite large though, so I did get full! It also came with some traditional taiwanese side dishes!! 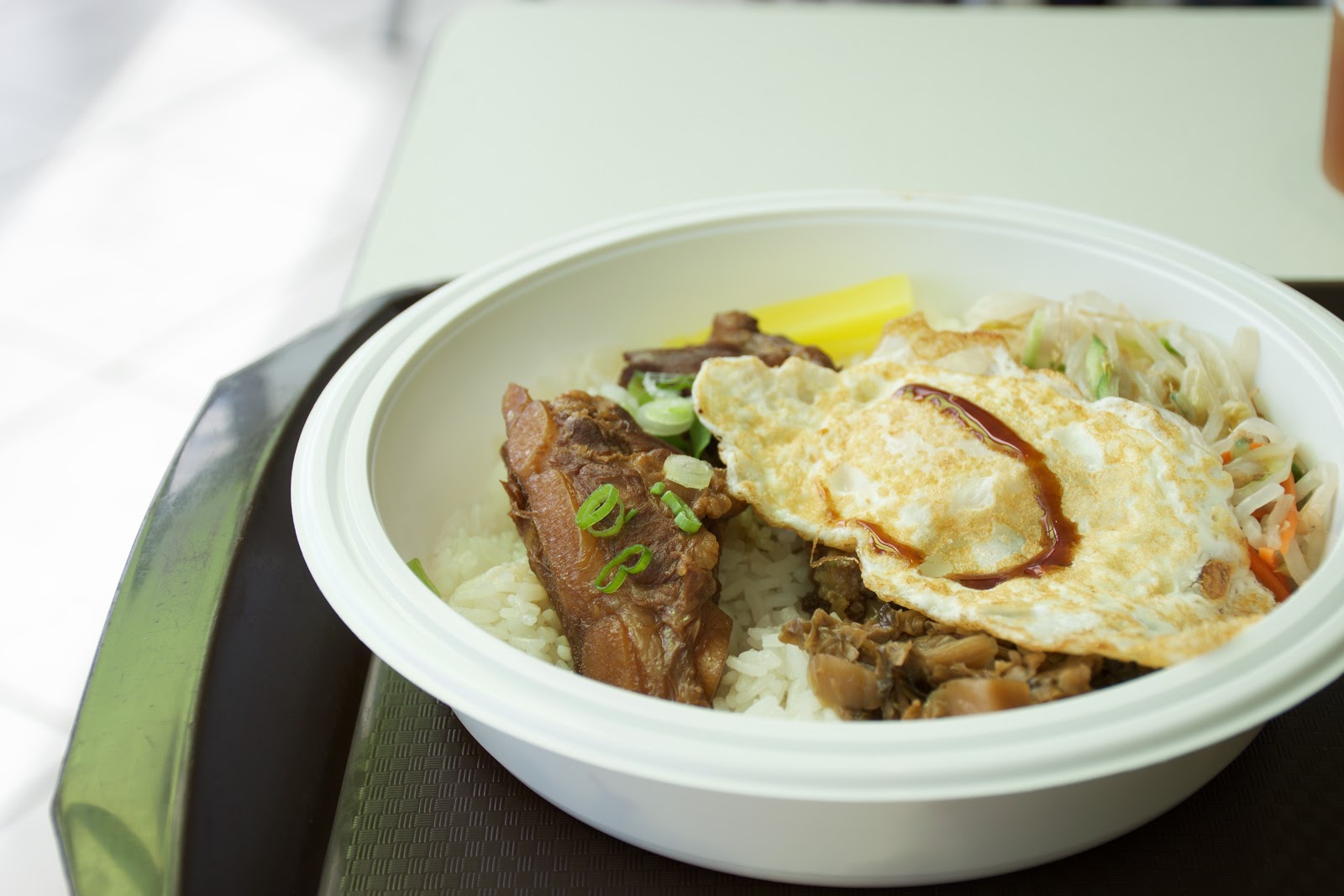 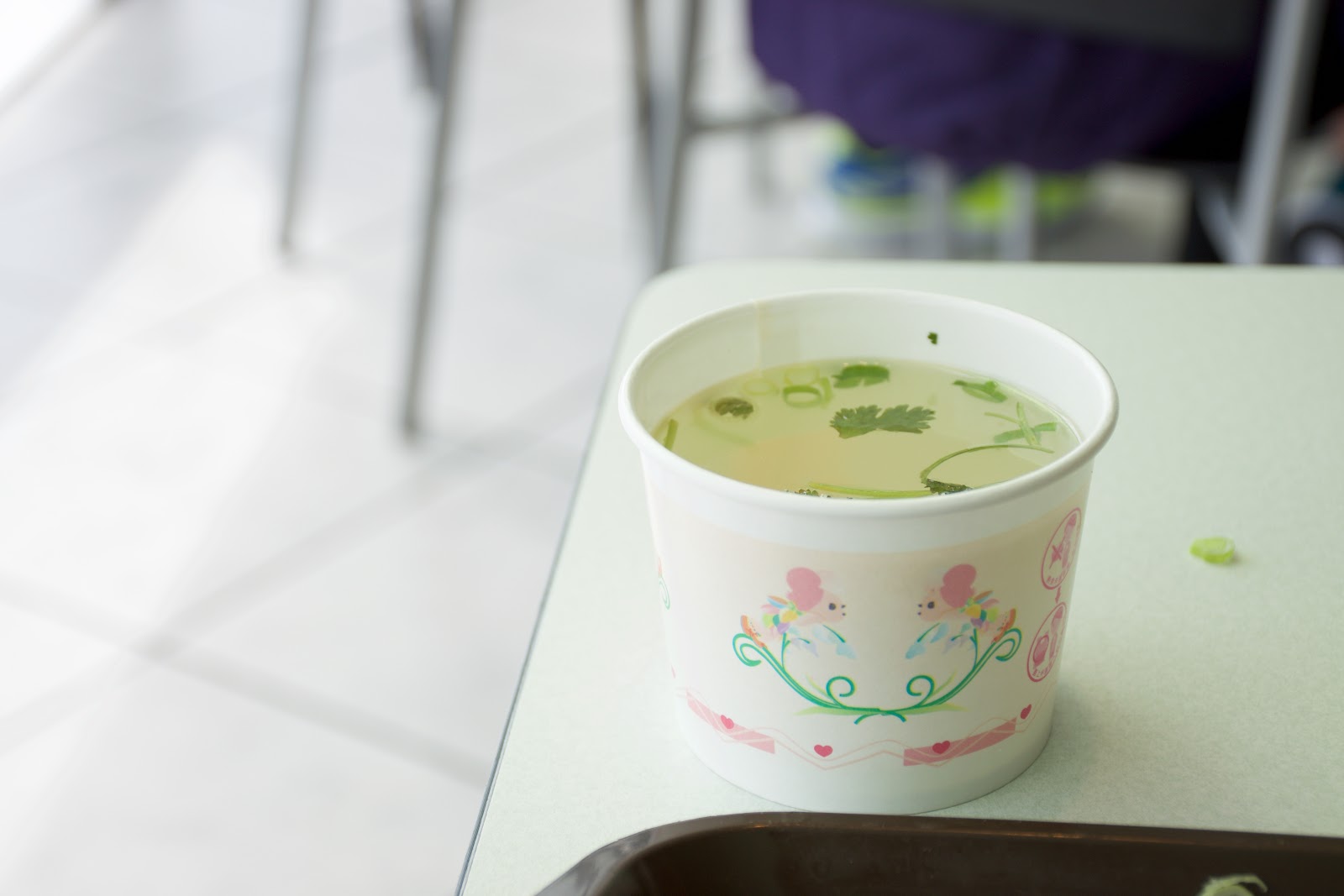 The soup was actually quite nice, it smelled like cilantro!! :D