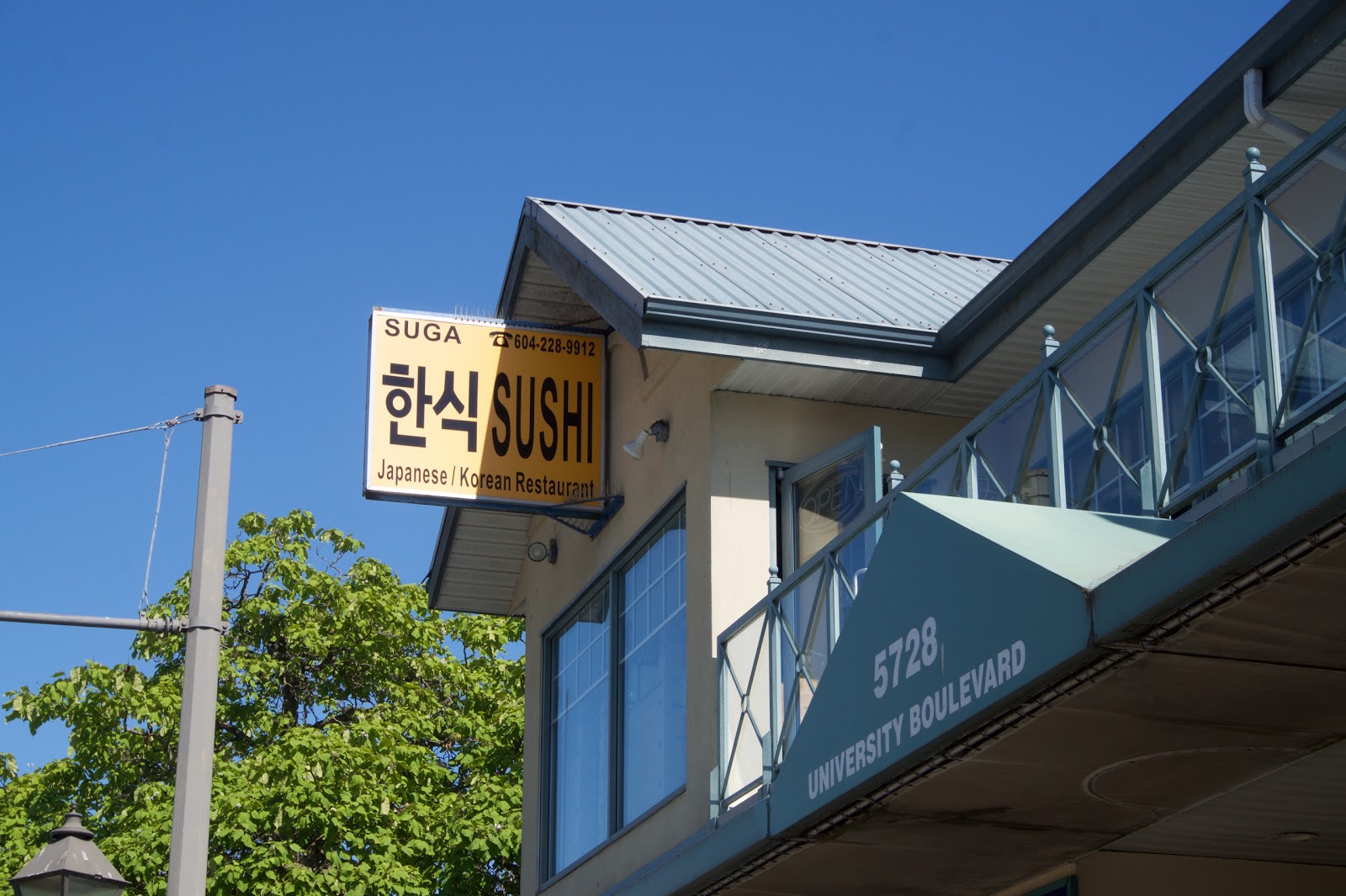 It's been 2 weeks. My tastebuds still haven't come back!! *sniffsniff* I've been blinking back tears because everything I eat tastes so bland. Even salt ...

I'm starting to wonder if I'm ever going to get my tastebuds back ... if not, it might mean the end of my blog *cries*

Looking back at my posts even the "mediocre" places I went to seem amazing now. I'm going to see the doctor tomorrow - hopefully my tastebuds come back soon!!

There are a lot of food options around the village at UBC. Pizza Garden, A&W, Veras, Pearl Fever, Mio, One More Sushi, McD's, the International food court, the list goes on. One place that doesn't get much attention is Suga Sushi, which is located on the second floor above McDonalds!!

Walking in, I was surprised at how nice the interior was. They have private wooden booths, and large breezy windows spanning the entire restaurant!! It kind of makes you forget that you're on campus.

Suga Sushi is Korean run, and a large part of their menu is dedicated to Korean food. I got a little too excited when I was looking through the menu (you guys know how I feel about Korean food!!) They have a pretty large selection of Korean fare, included a bunch of lunch combos!! 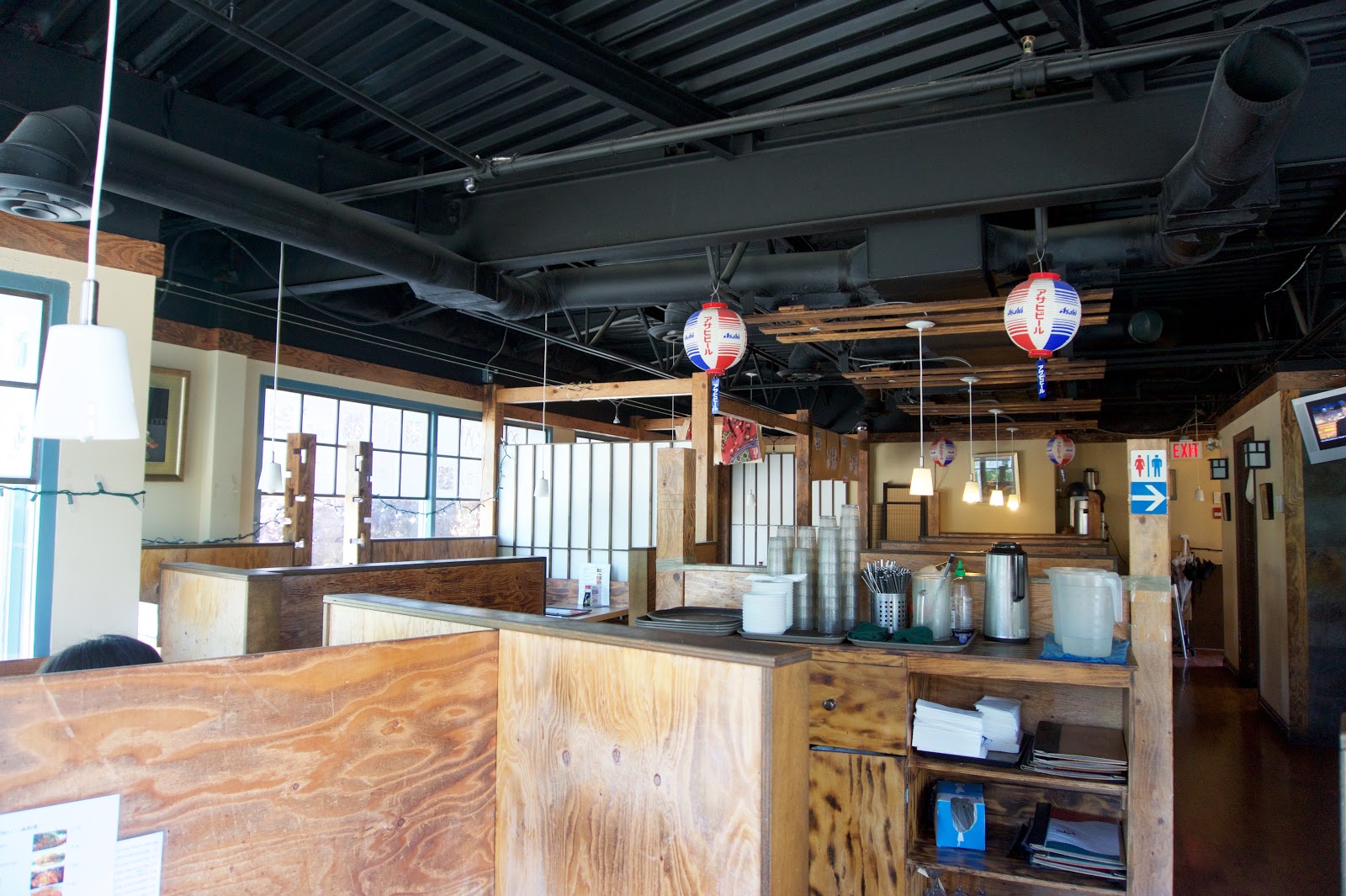 Wow - how nice is the interior?! 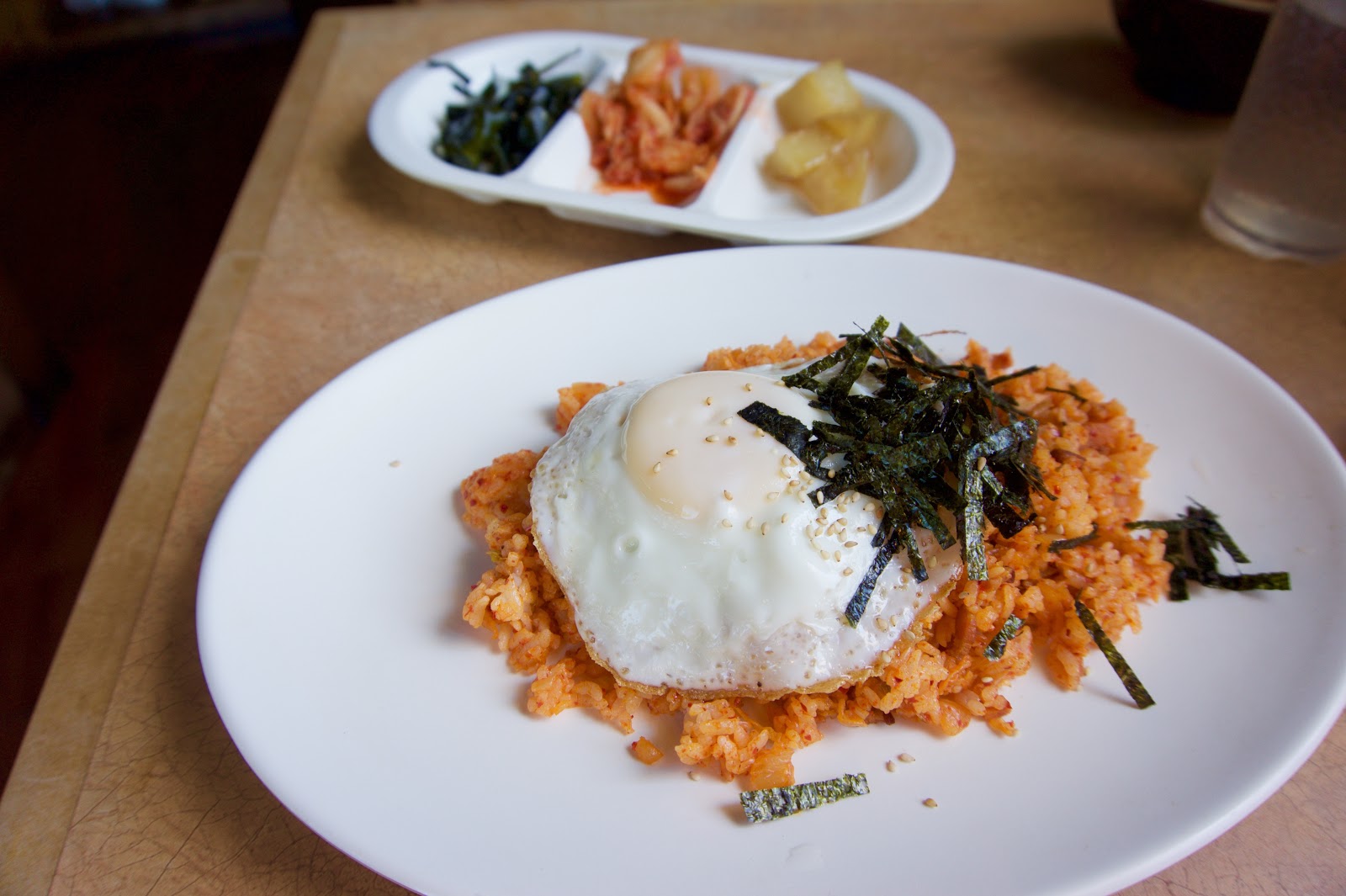 (No rating) I still can't taste anything...and it's been 2 WEEKS!!! *criesinthecorner*

Even though I couldn't really taste anything aside from the spiciness - I still made some observations! :)

The portion size was so small!! The kimchi fried rice at other places are easily triple the size of what I got at Suga!! The rice was not that great, it was overly moist and sticky. It was pretty evident that they used the same rice that they use for their normal white rice. It was really spicy. There was also a few dices of spam and bacon. Not a whole lot going on. It would've been so much better if they added some green onion!!

The egg (which is usually the best part) was overcooked so the yolk wasn't runny. The best part about kimchi fried rice is the runny yolk on top!! :( 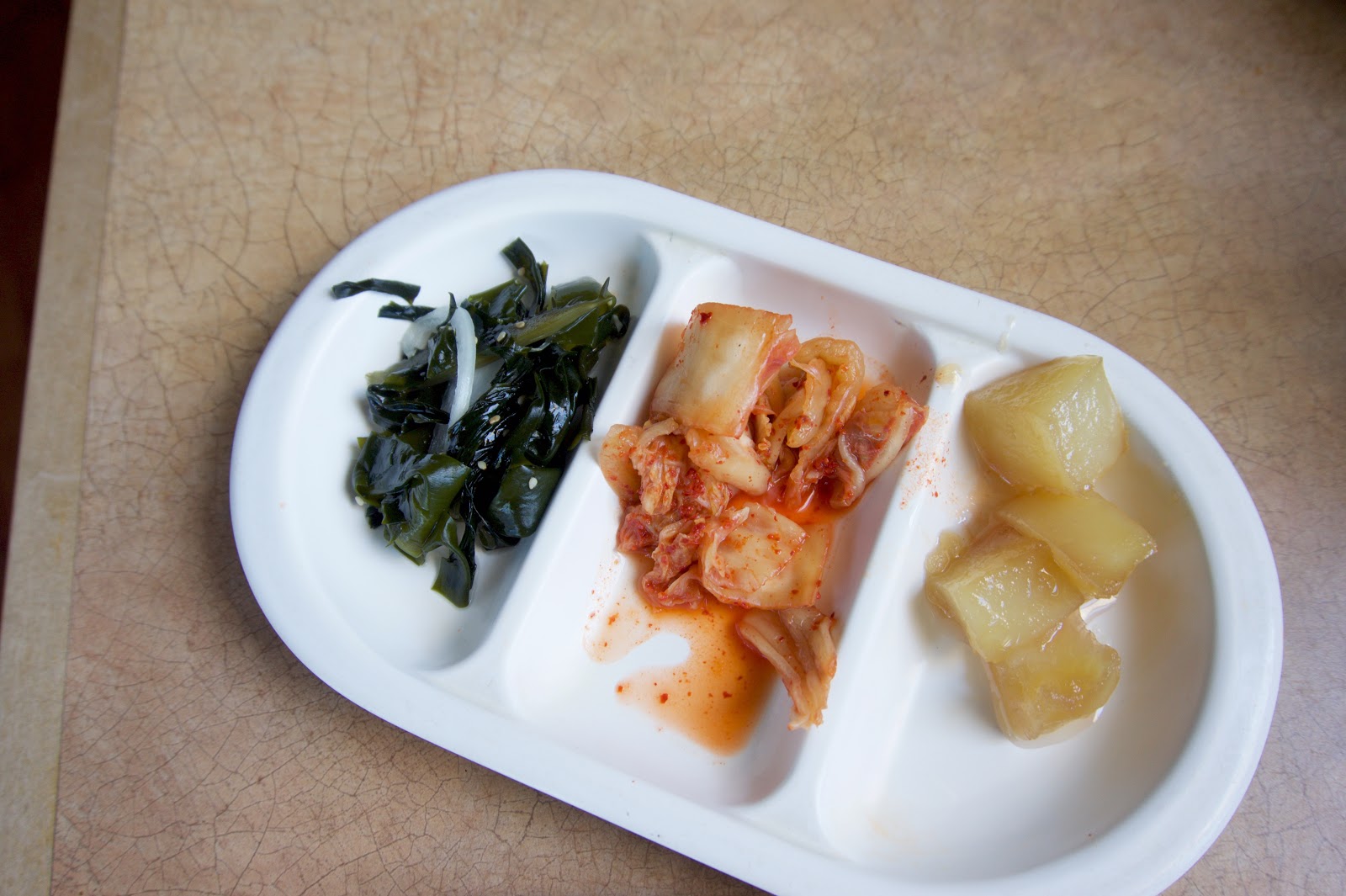 
The banchan was pretty standard. They do charge for refills though! 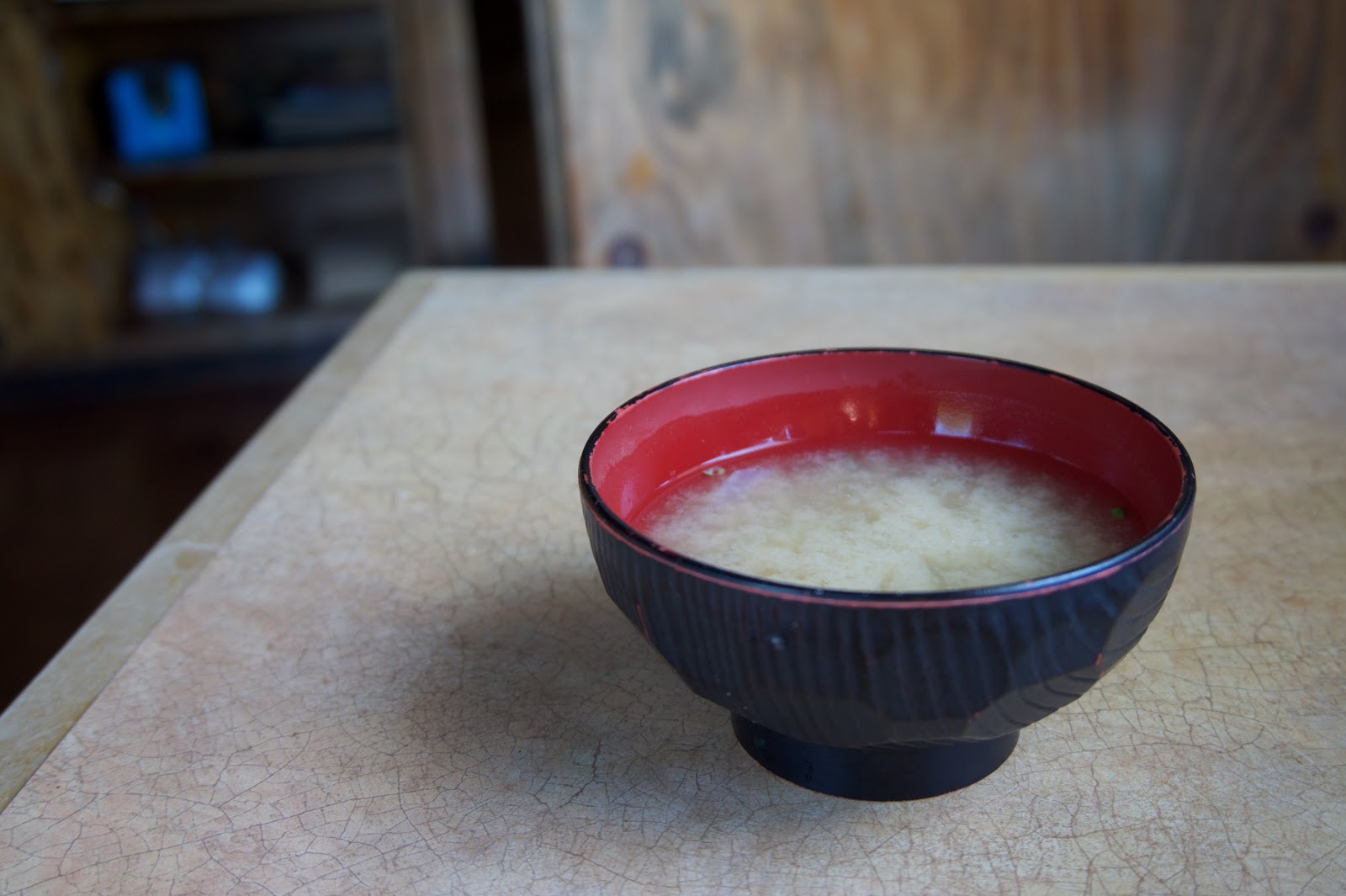 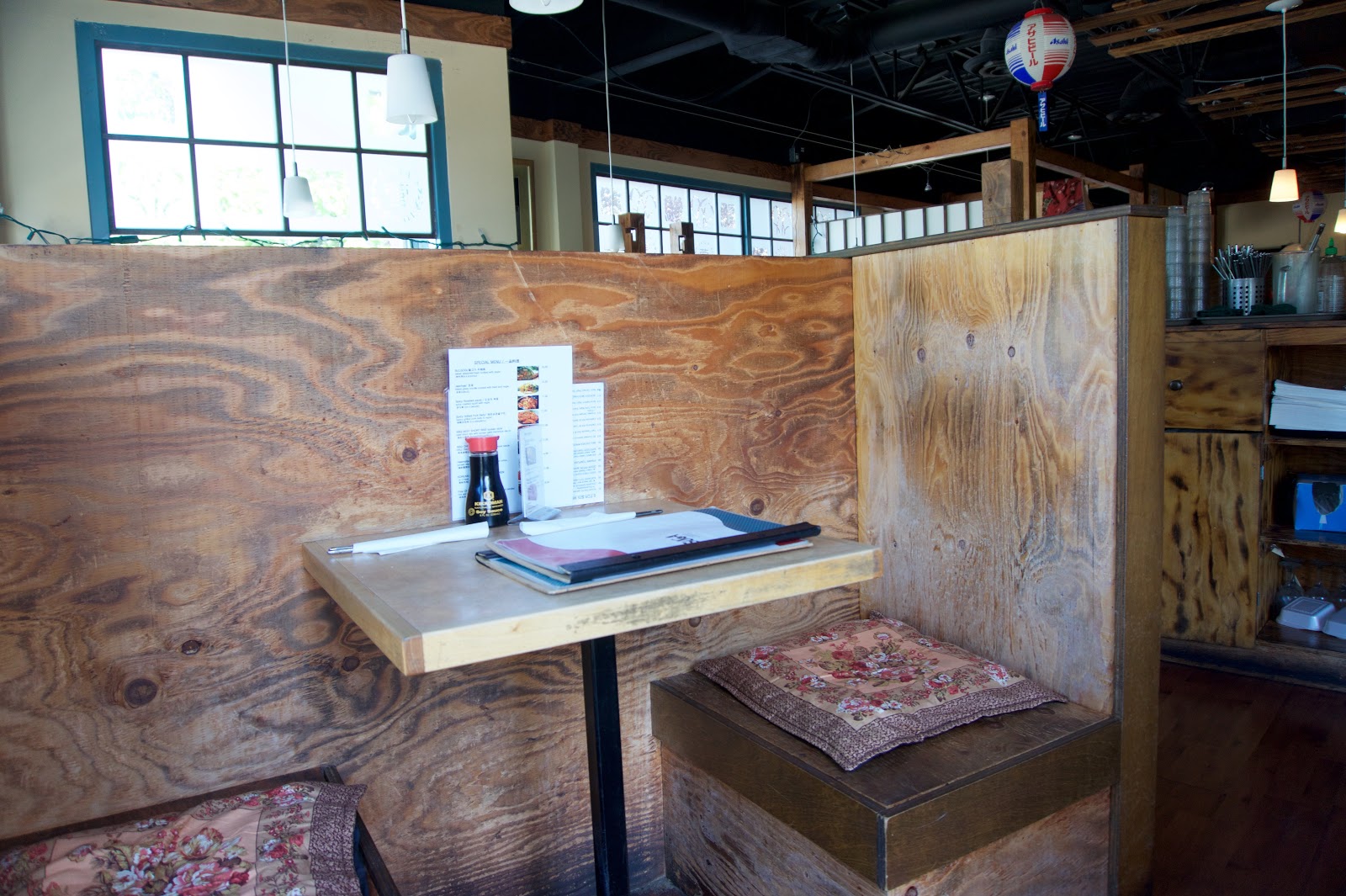 The booths are so cute!! :D 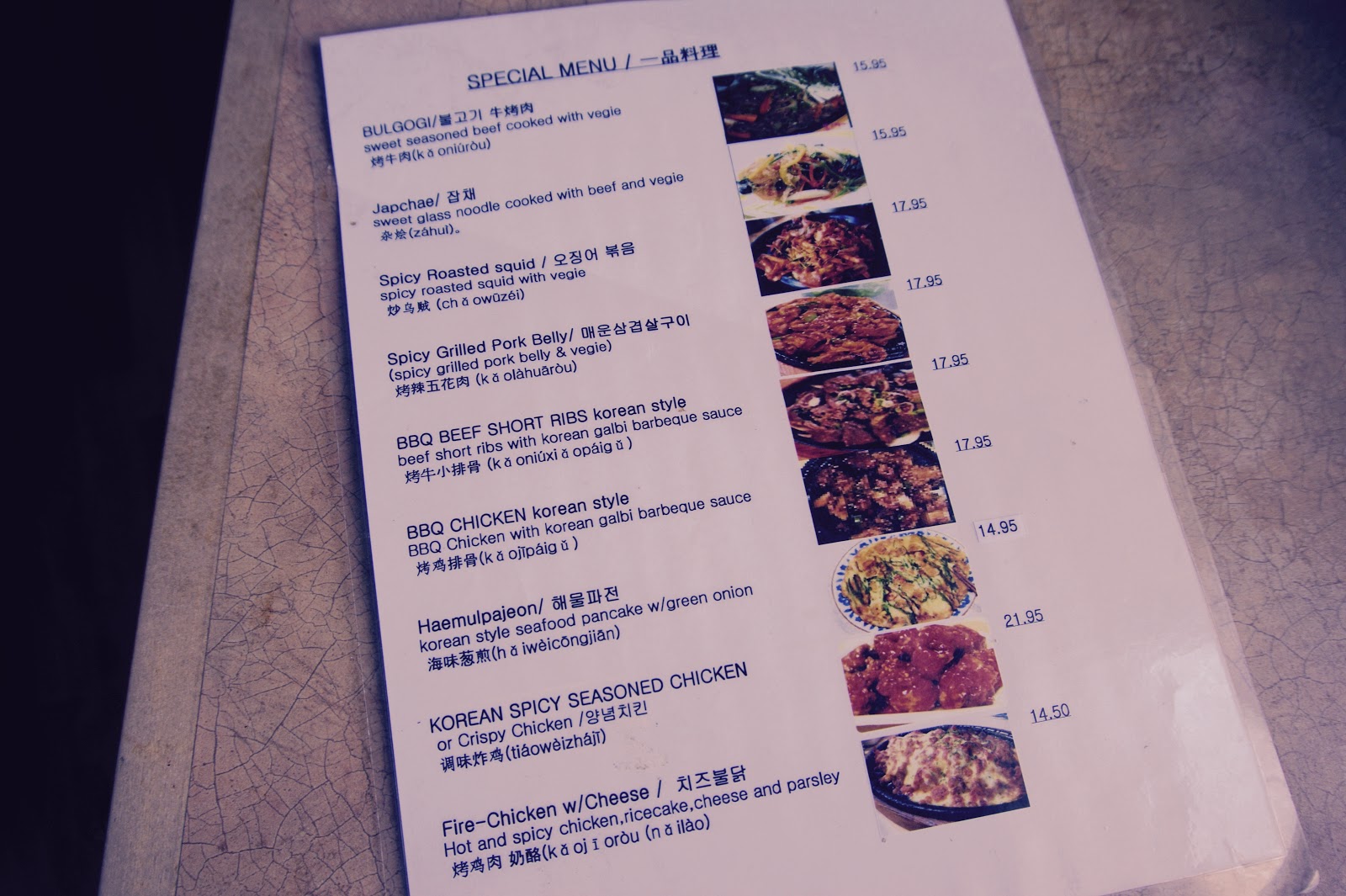 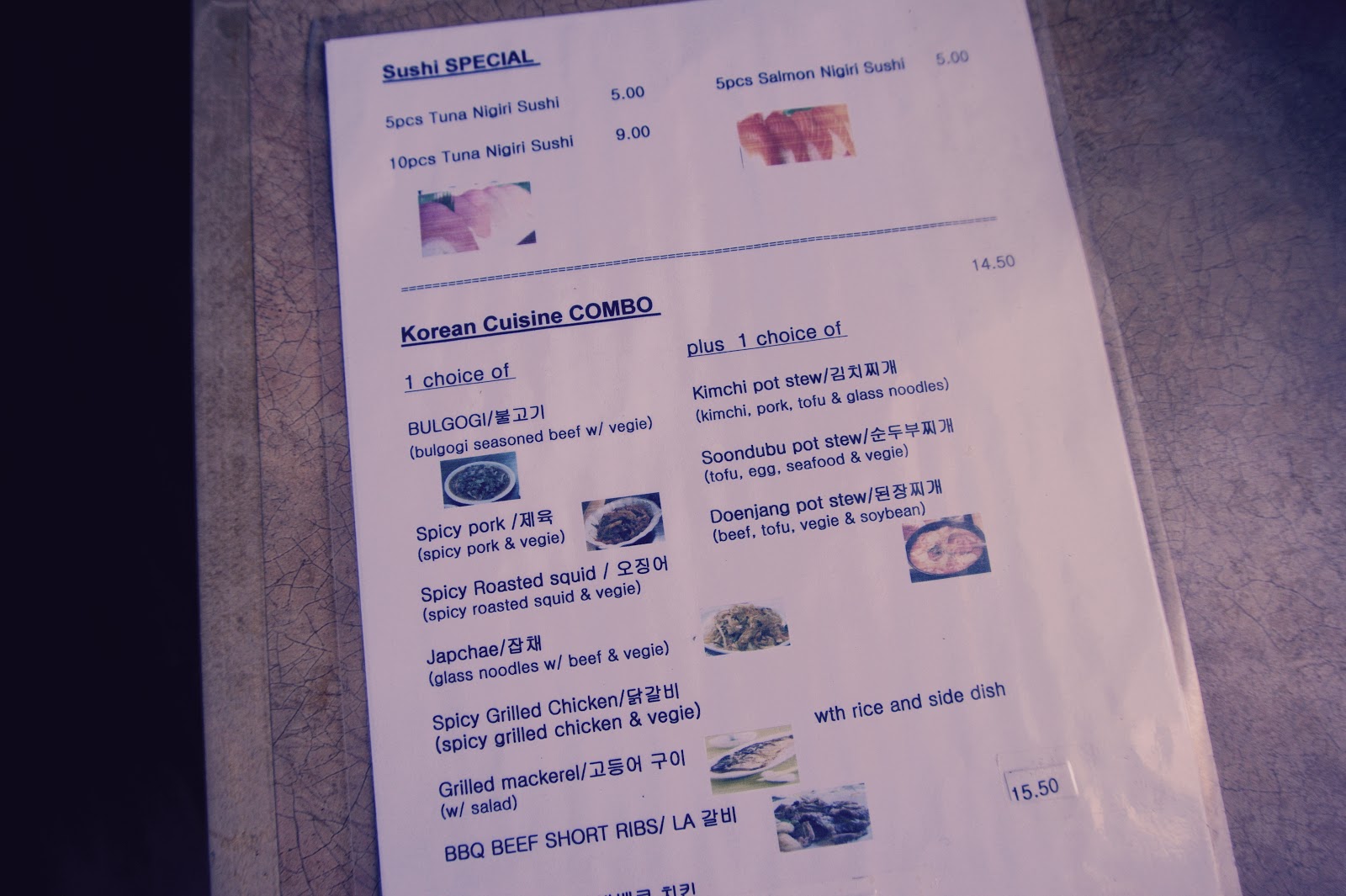 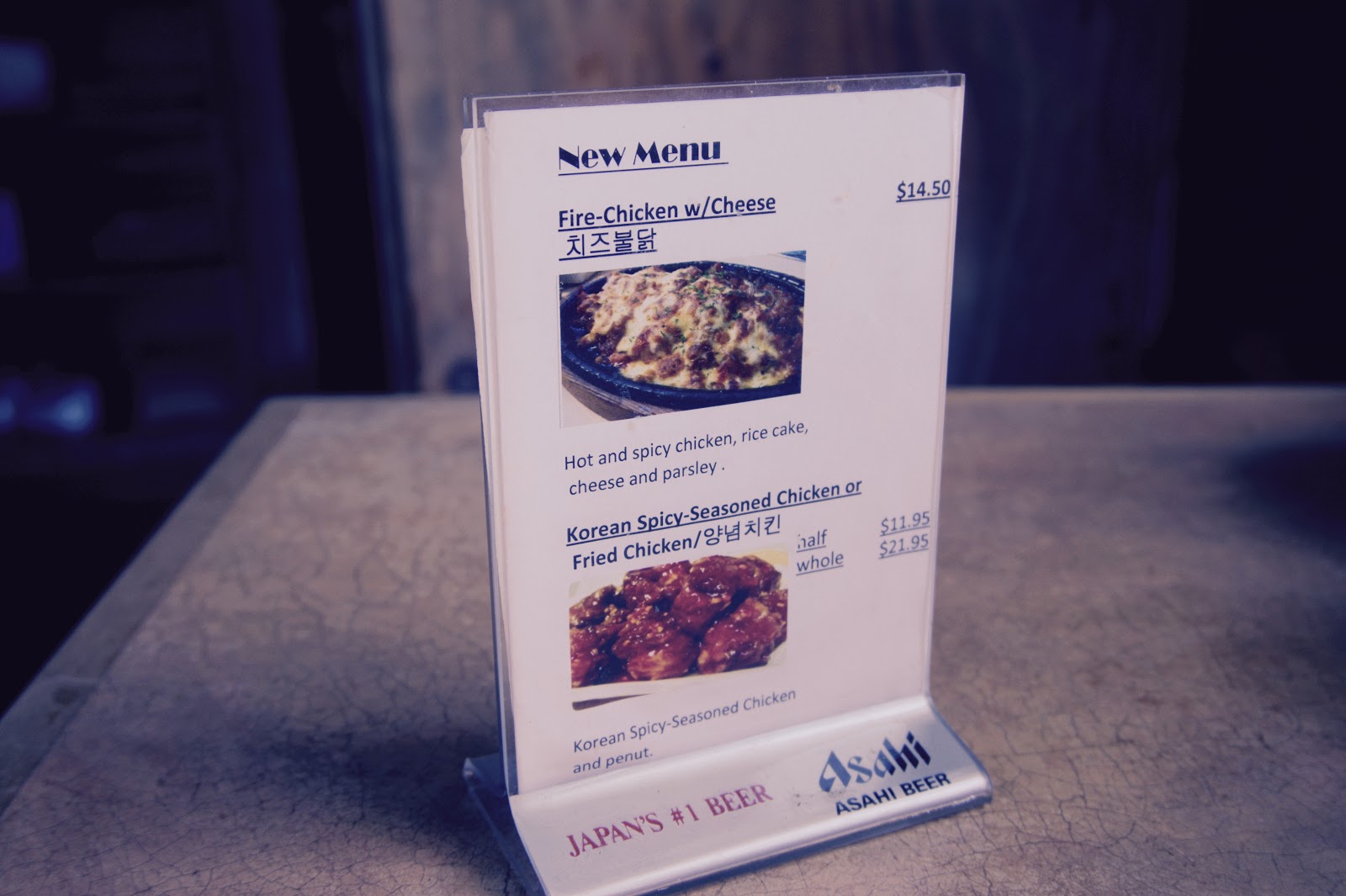 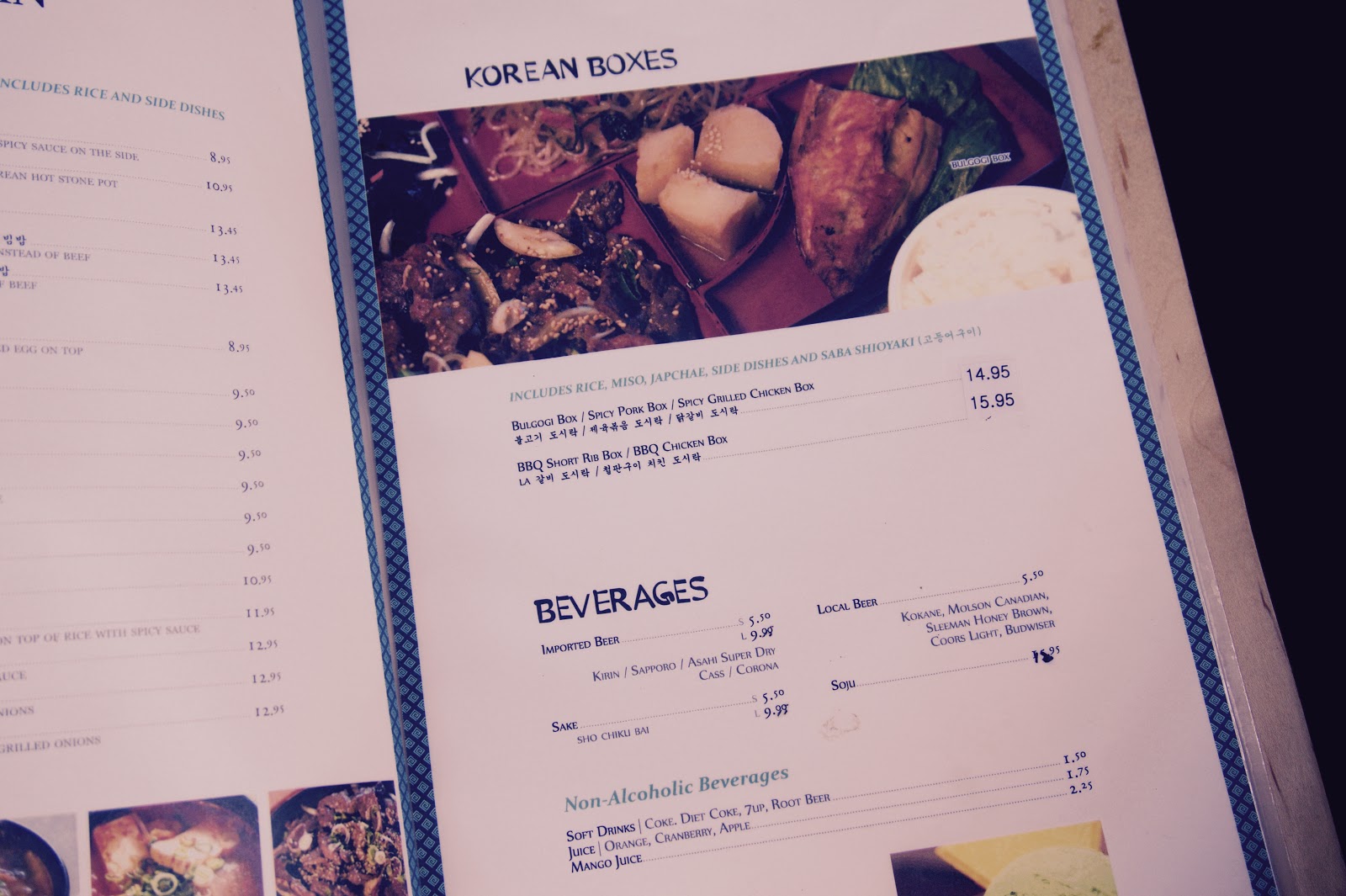 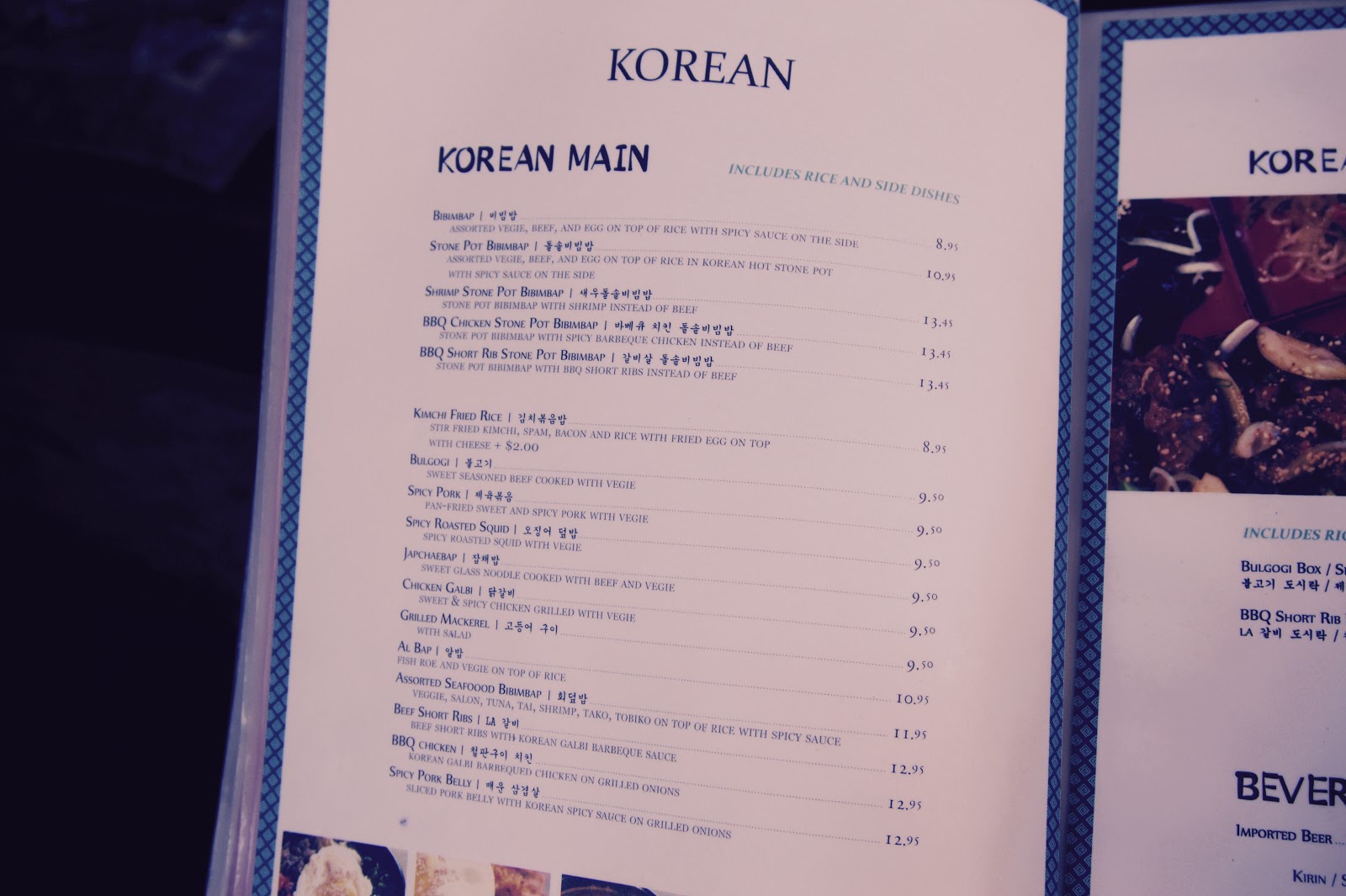 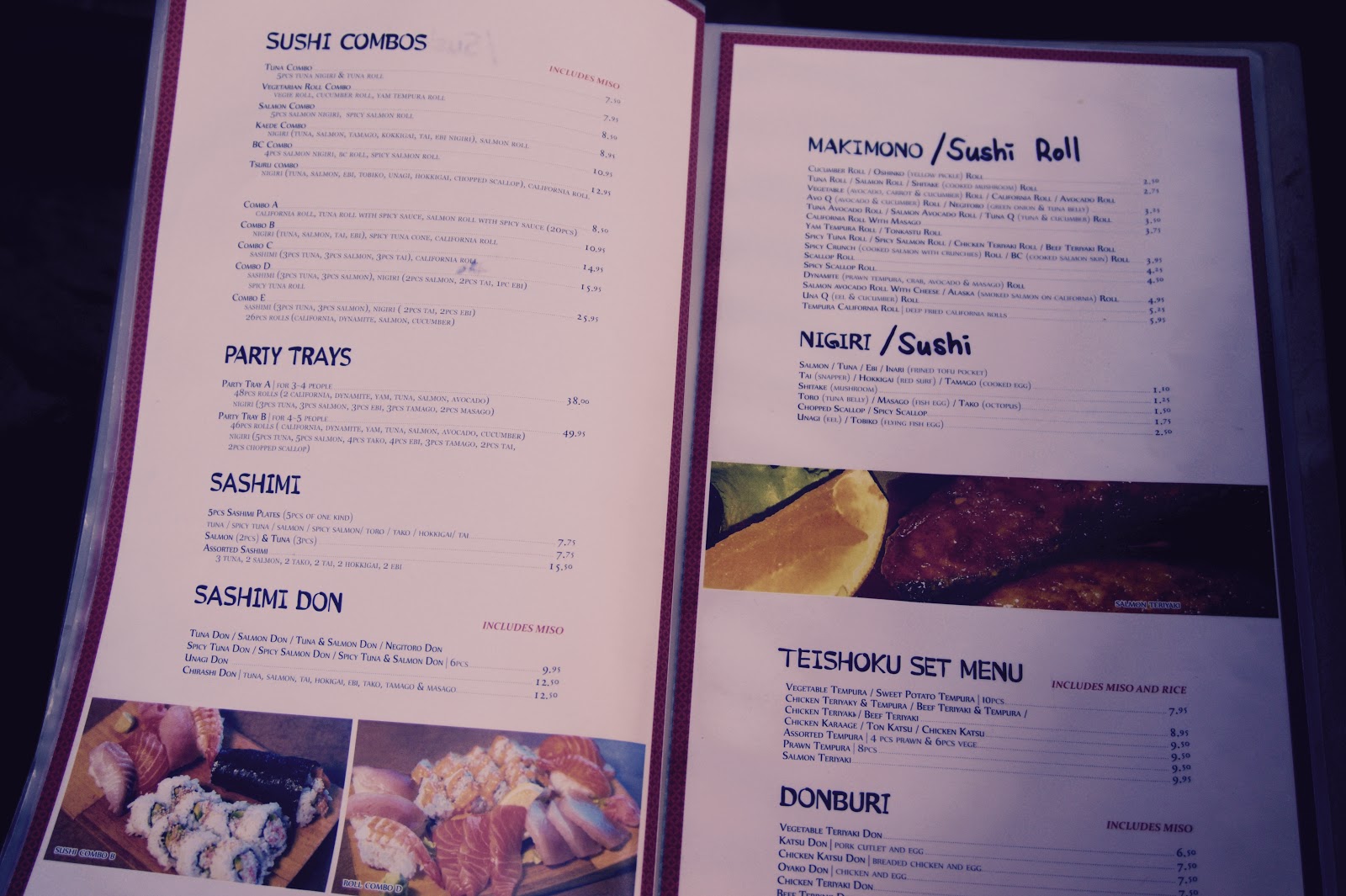