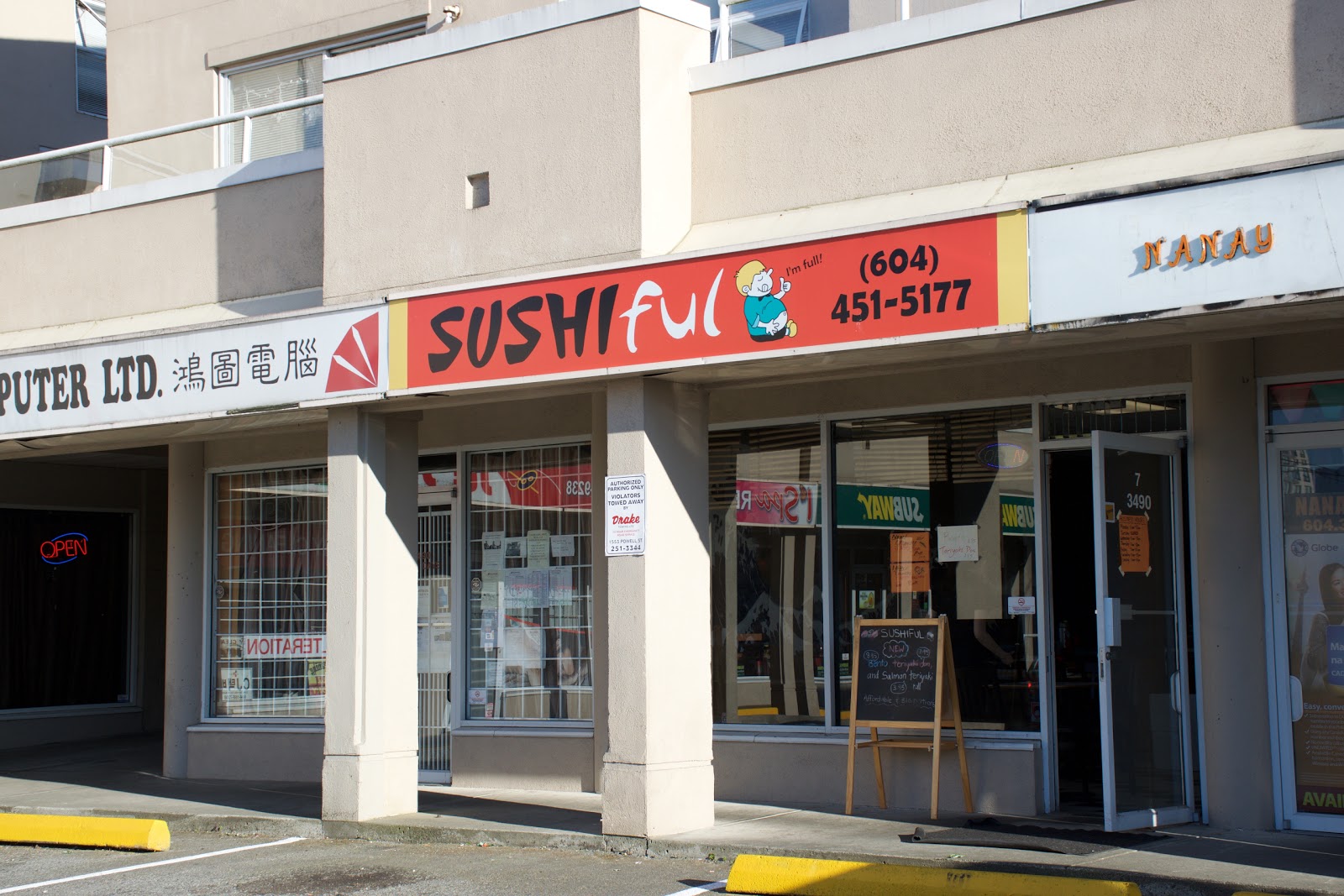 If you've been keeping up with my blog recently, you'll know that as of late, I've gotten really into chirashi dons. I don't know, there's just something about eating a big bowl of sushi rice...that's just so darn satisfying!! All you fellow chirashi don addicts know what I'm talking about ;)

My usual order at any Japanese restaurant is a chirashi don. My second choice is usually tonkatsu, or another don of some sort (I have a thing for dons!) ;)

So on my search for the best "Inexpensive - Midrange - Expensive" Chirashi don in Greater Van, I came cross Sushiful in Killarney, which is run by Koreans!! The name really caught my eye - it's so cute!! And their slogan is "Eat until you're SUSHIful!!"

Sad to say that Sushiful didn't make me want to eat until I was sushifull!
I was planning on ordering more dishes but the chirashi don was pretty dissapointing so I didn't :(

The restaurant itself is super tiny, and can only fit 15 or so people. The menu is pretty small, but everything is pretty affordable - in line with most cheap sushi places!! 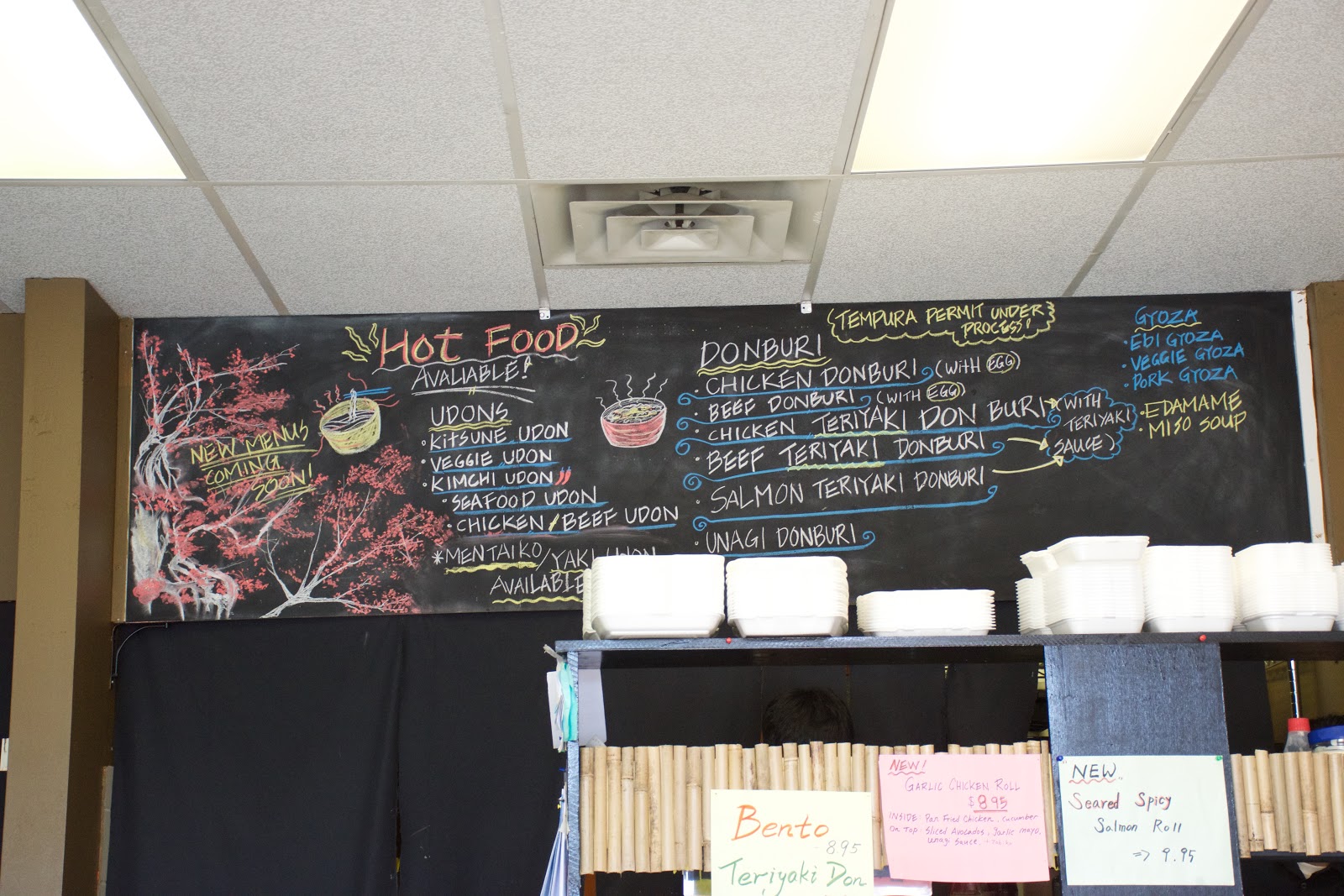 They're getting a tempura permit soon!! ;D 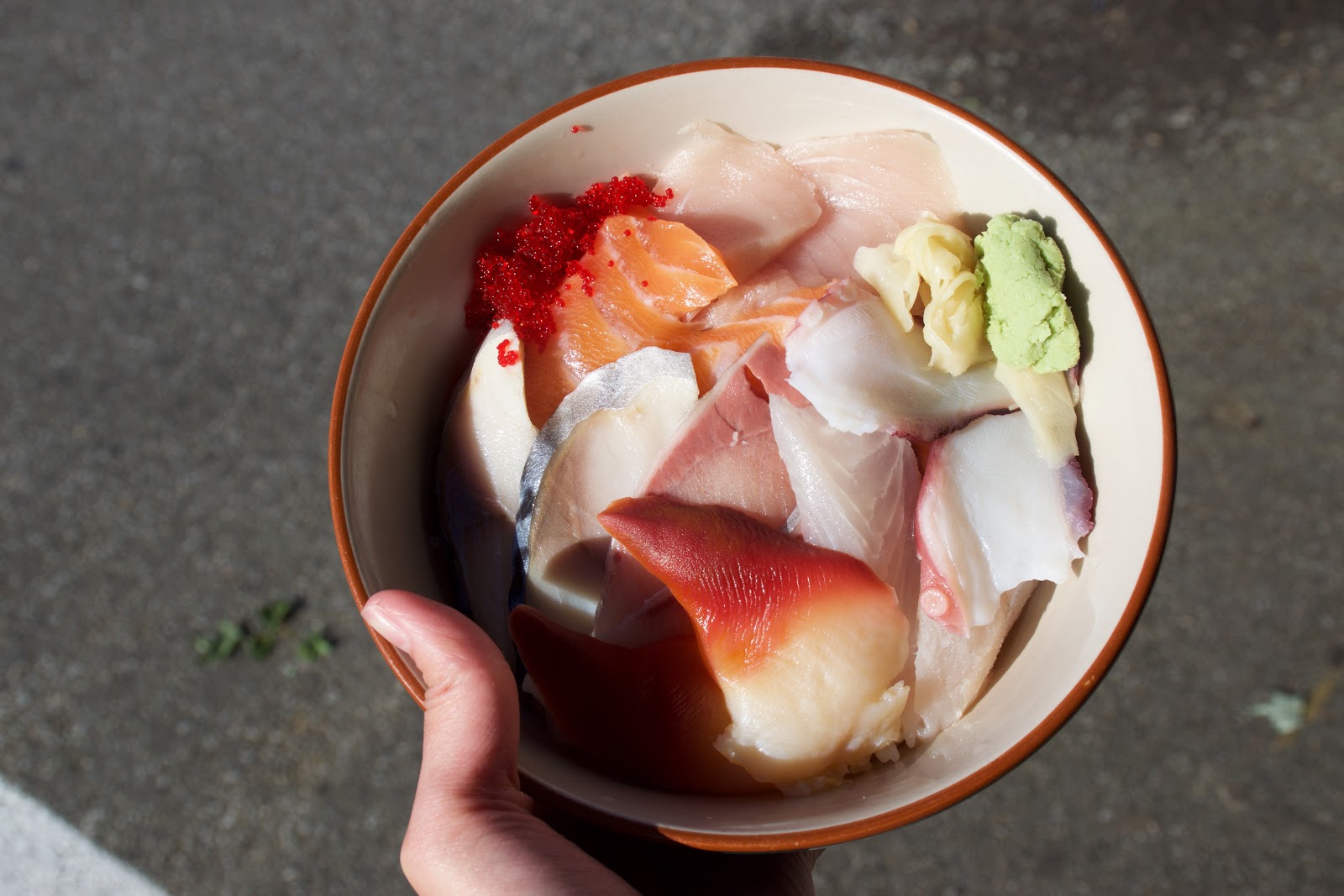 This was okay. The cuts of fish were average, but the rice wasn't executed very well. The rice was mildly seasoned with vinegar, but it was really dry. It was just crying out for moisture. There was a nice variety of fish, and it tasted reasonably fresh, but the pieces were really thinly sliced. Overall, pretty underwelming. 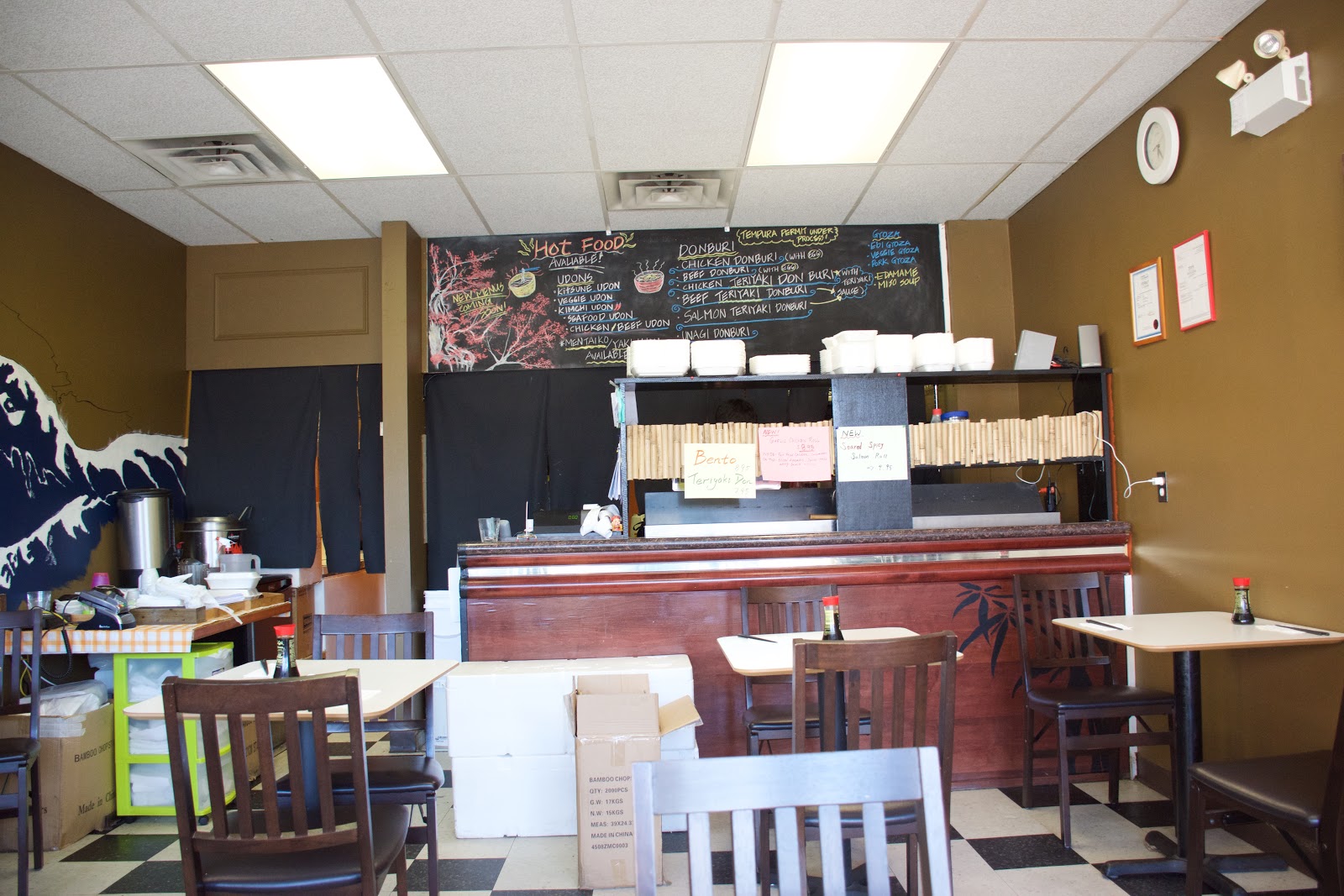 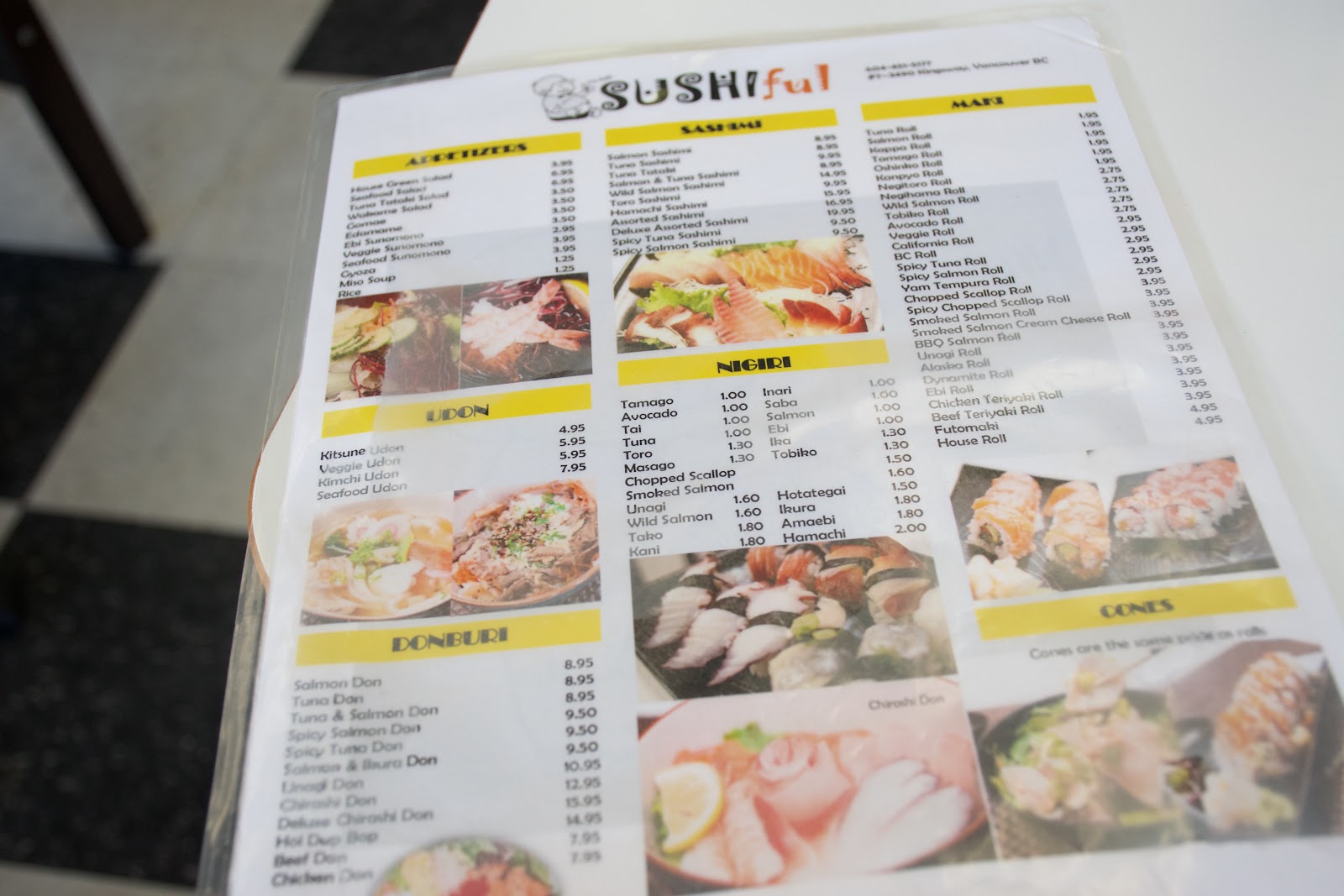 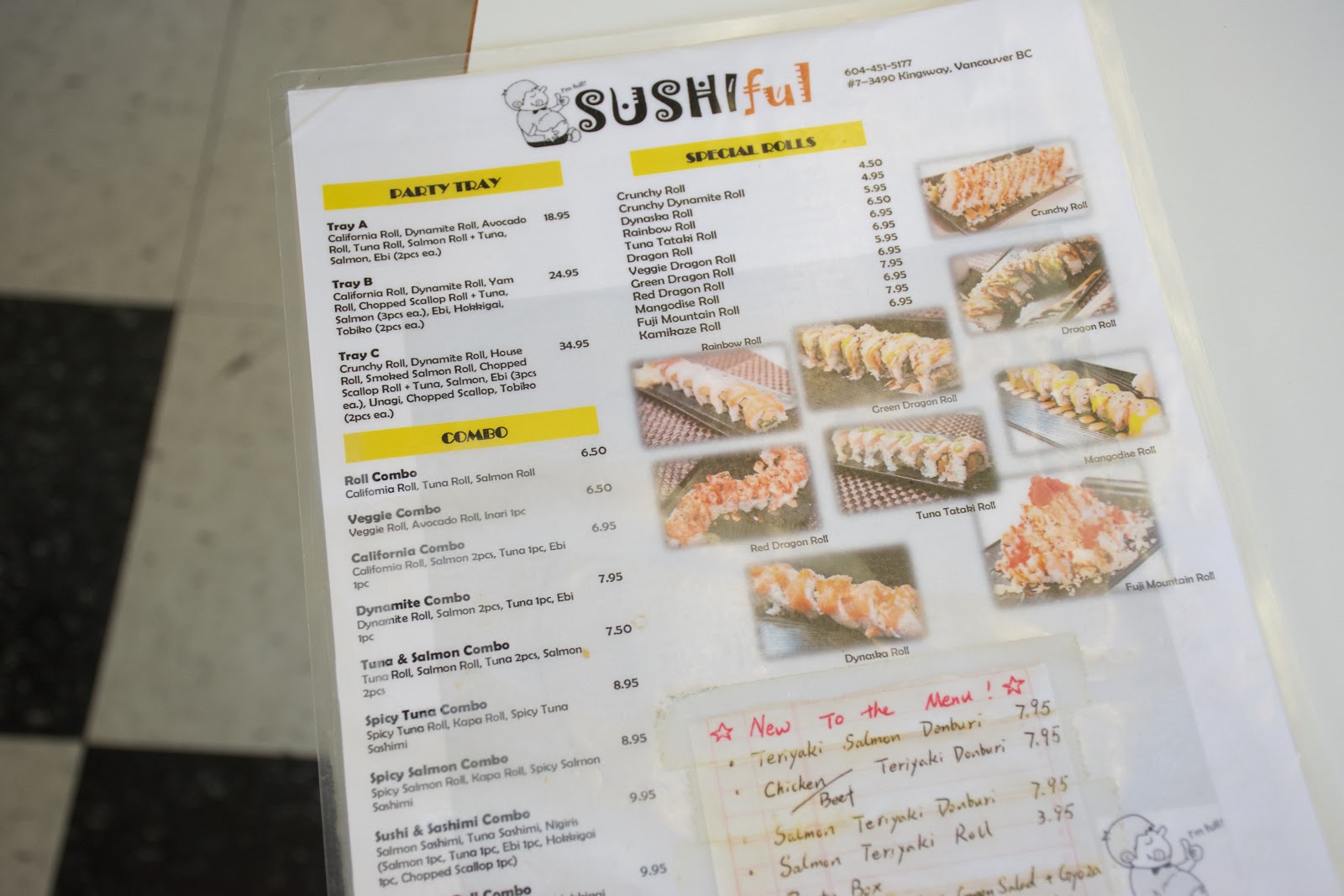 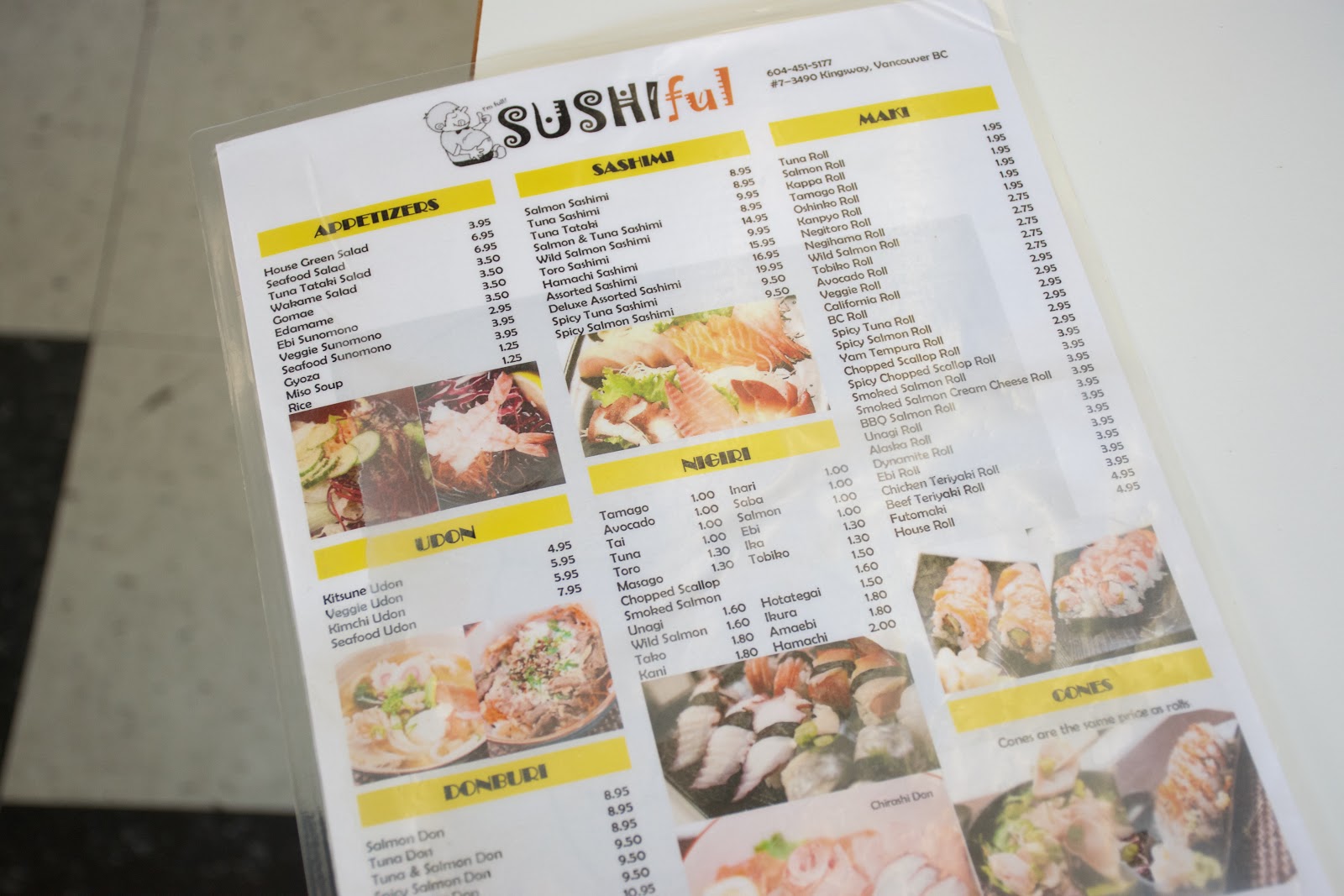