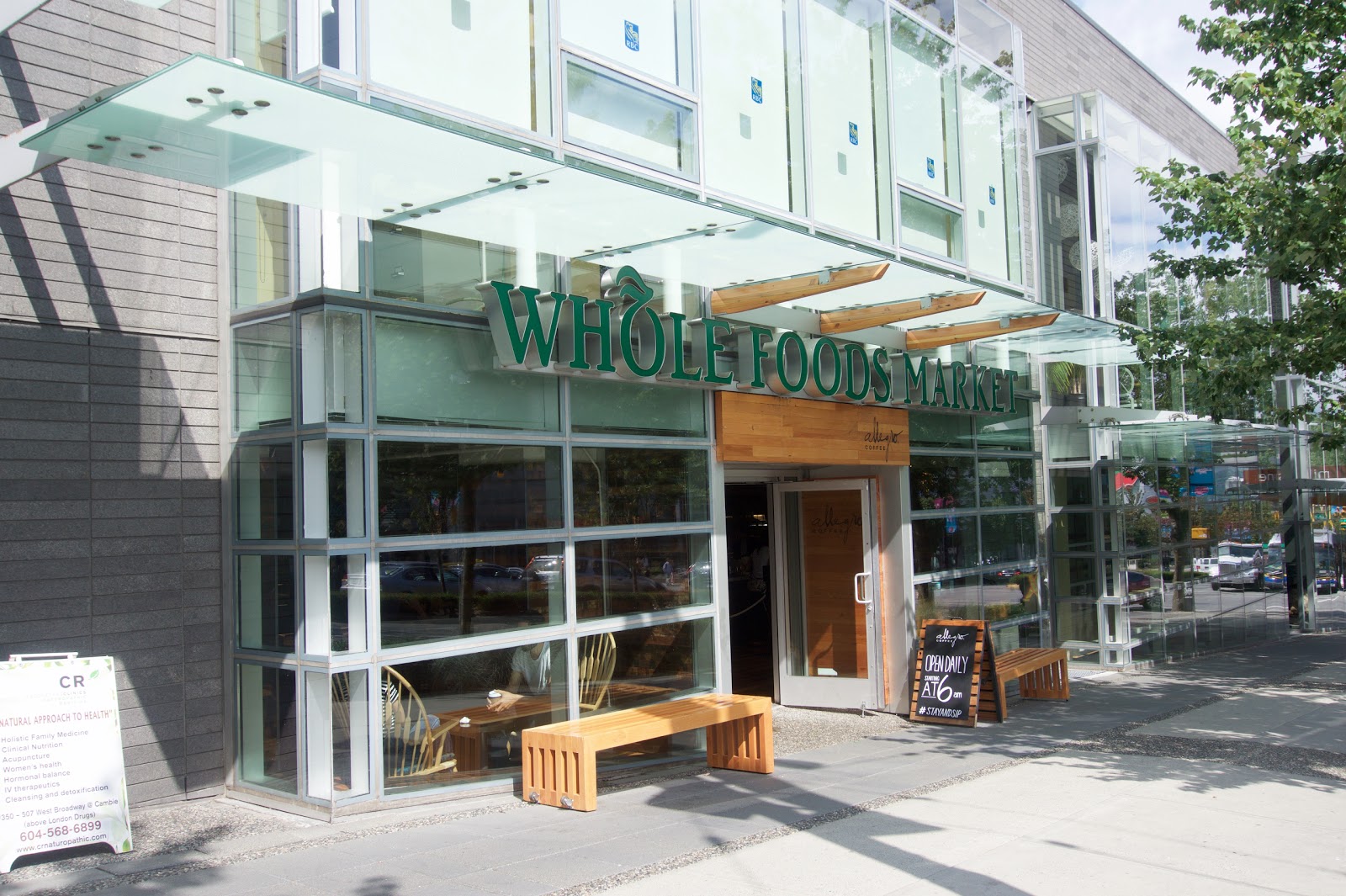 I have this undying love for muffins :D And it bothers me how 90% of them are too small!!  2 bites in, and it's gone. I mean, you're always left wanting more. Small muffins just don't satisfy ;)

So if you like gigantic muffins like me...Whole Foods has got you covered!! Their muffins are literally 3 times the size of a regular muffin. I took a selfie with it and showed my mom, and she was like "Omg, that muffin is larger than half of your face!!" :D

I did get some questionable looks from people when I was outside on the street taking pictures of my muffin!! A few people passing by were like "Wow, that's one large muffin!!"  ;D

They have this really awesome coffee + muffin special going on everyday, a muffin and coffee for $4.25!! Allegro Cafe is located on the second level of Whole Foods but they have a separate entrance on the street!! They have a ton of vegan/gluten free treats, breakfast burritos, oatmeal in mason jars, even macarons!!

The inside is super relaxing, and in the mornings, the entire place is filled with office bees!! There's lots of seating though so I usually never have trouble finding a seat!! But if you do, you can always go downstairs to the eating area!! :D 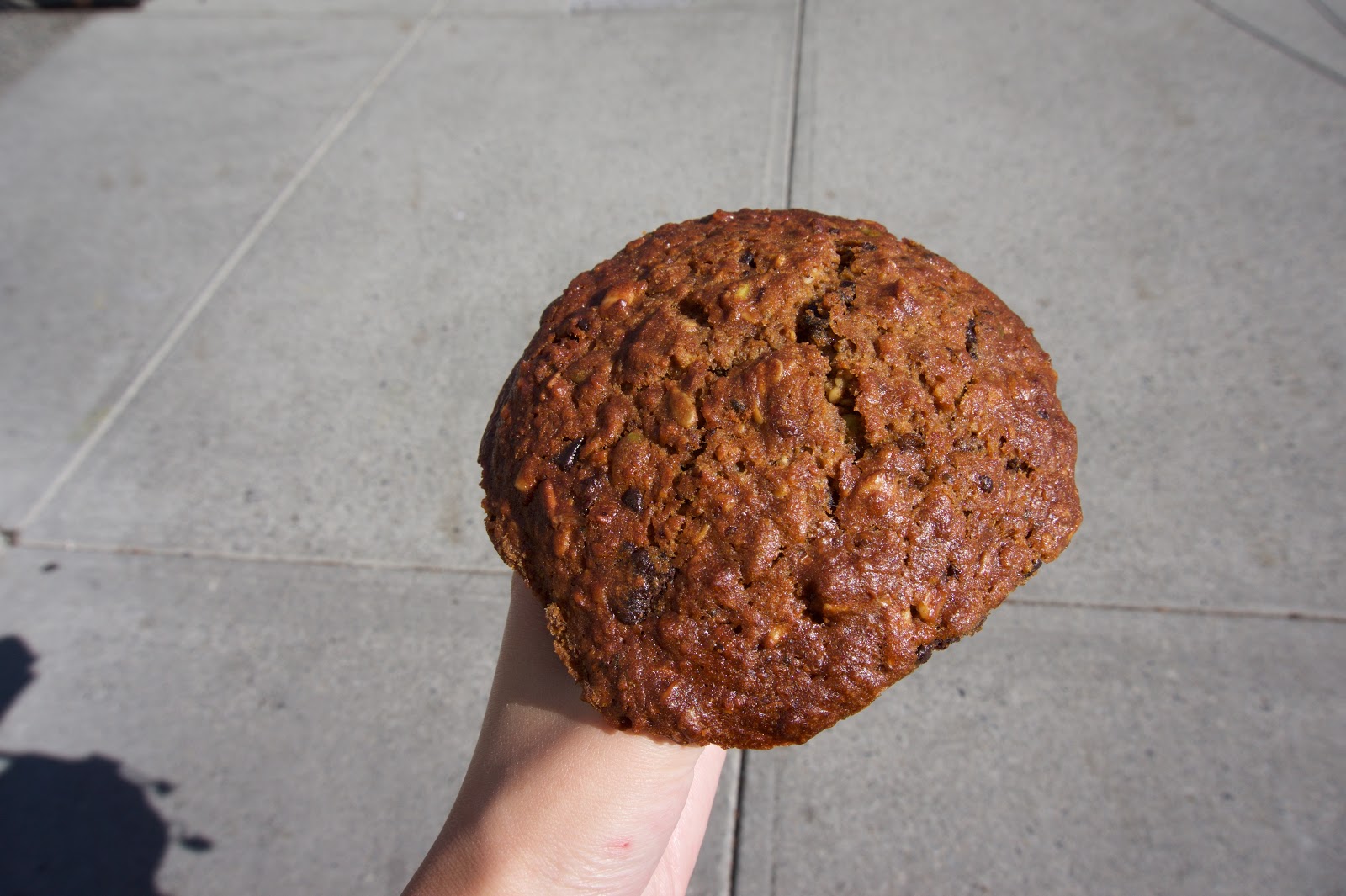 One thing I love about the muffins at WF is they're loaded with ingredients!! This one had a ton of ingredients, which added a lot of texture!! The muffin top itself is huge!! The bread is really moist, and not dry at all!! There was also a ton of chocolate chips chunks in it, which made the whole thing super decadent! 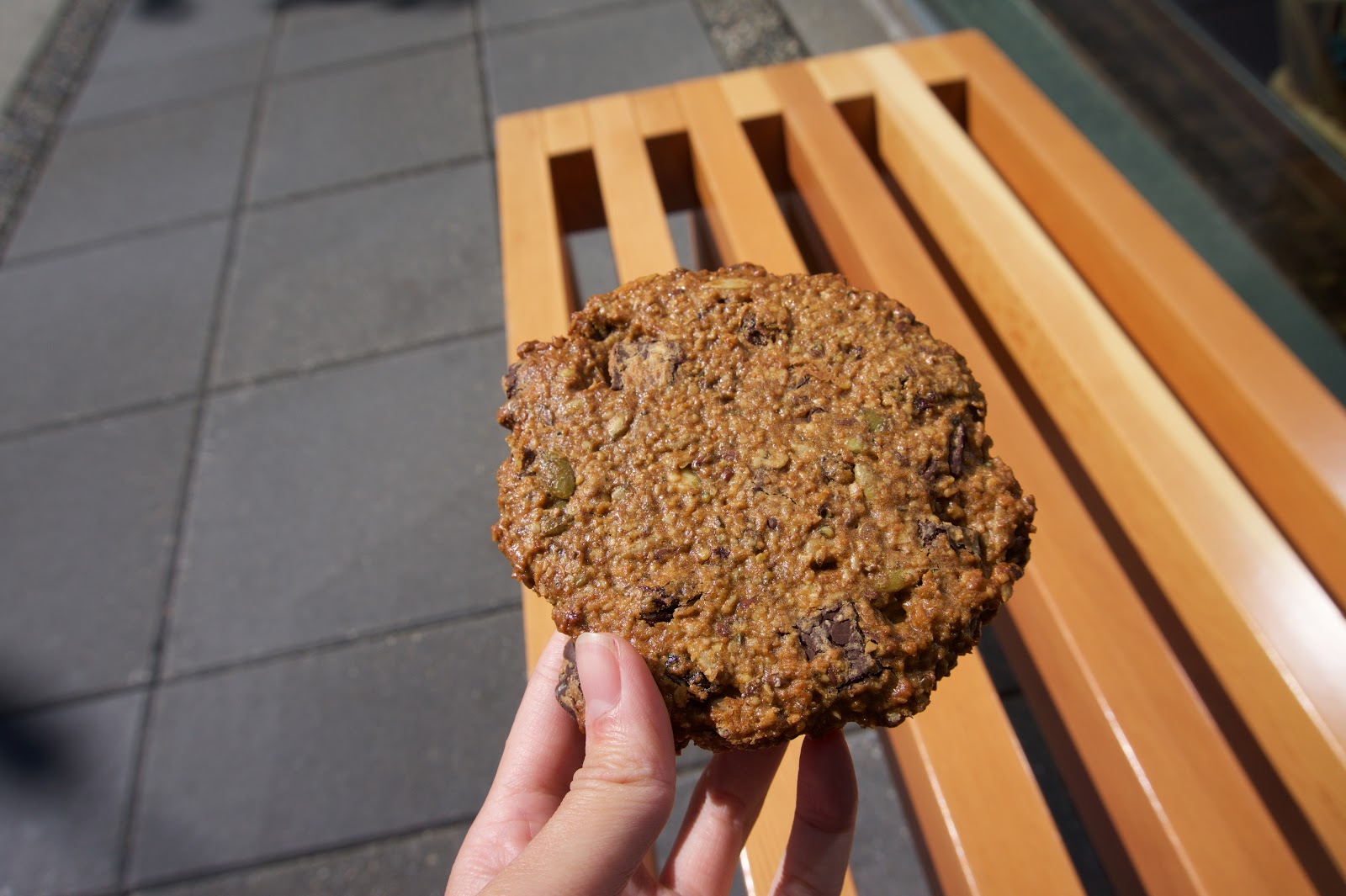 Just as good as the power muffin!! The girl at the till and a customer beside me recommended that I try this!! This is a lot chewer and denser, but not dry at all!! 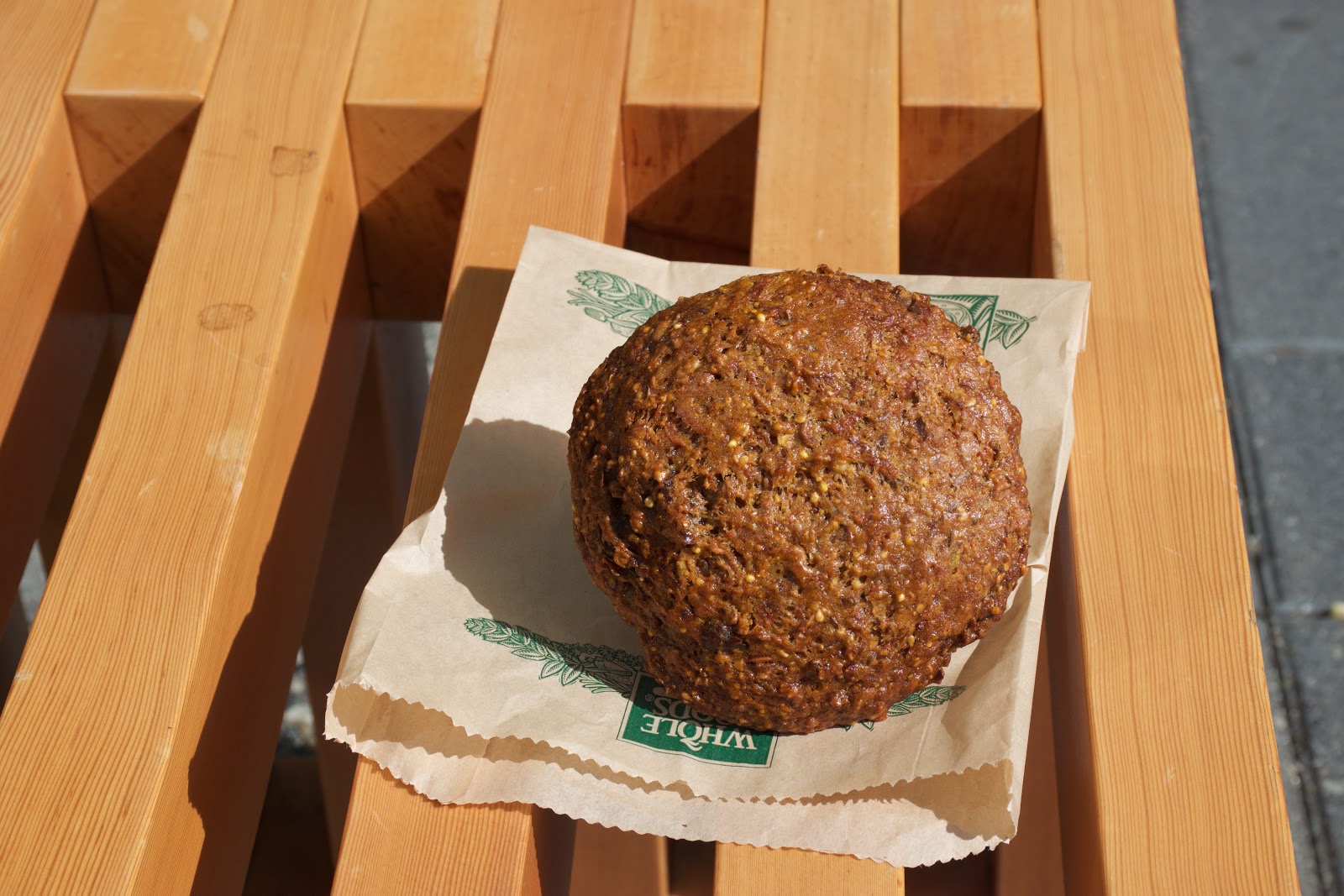 This was also loaded with a ton of ingredients!! This doesn't have any chocolate chips in it but it has quinoa, which adds a ton of texture to it!! This one is a bit drier and heavier, but still very good nonetheless! 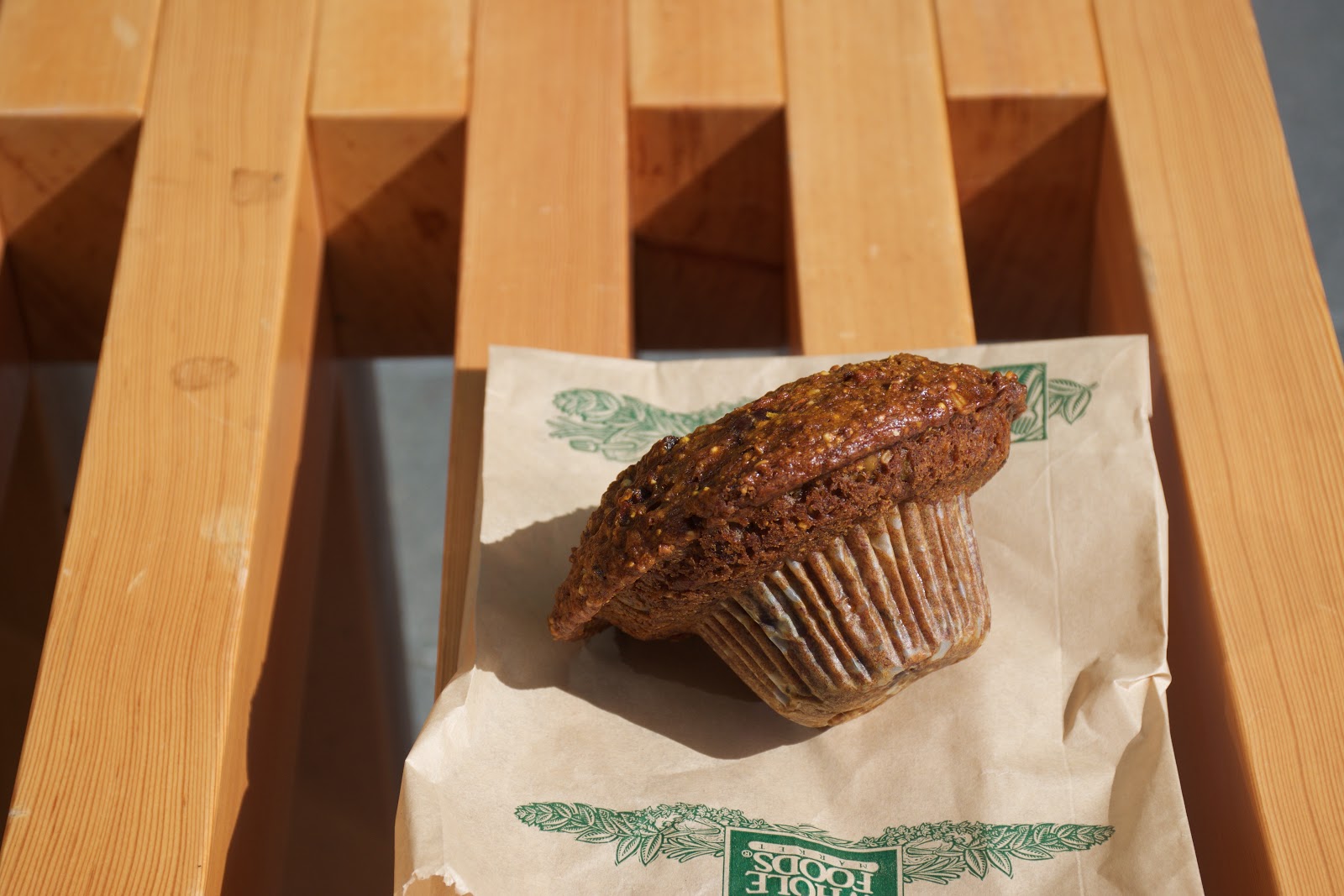 Side view of the Supa Vegan Muffin!! 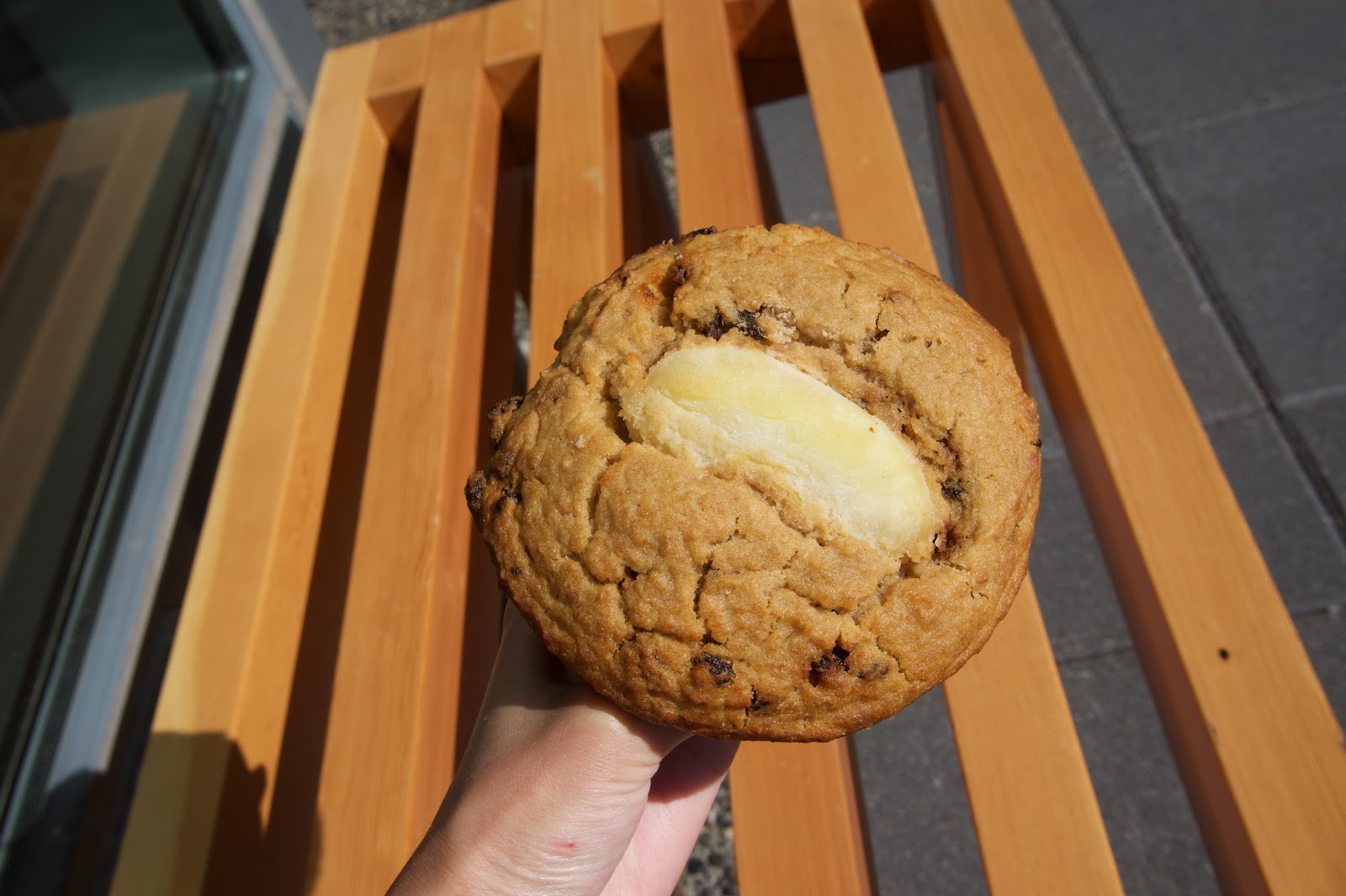 Yay for having gluten free options!! The muffins are made out of rice, which does render the muffin a bit more drier/loose in texture. Because there's no gluten in it it's rather crumbly in texture, so I made quite a mess eating this because it got everywhere! 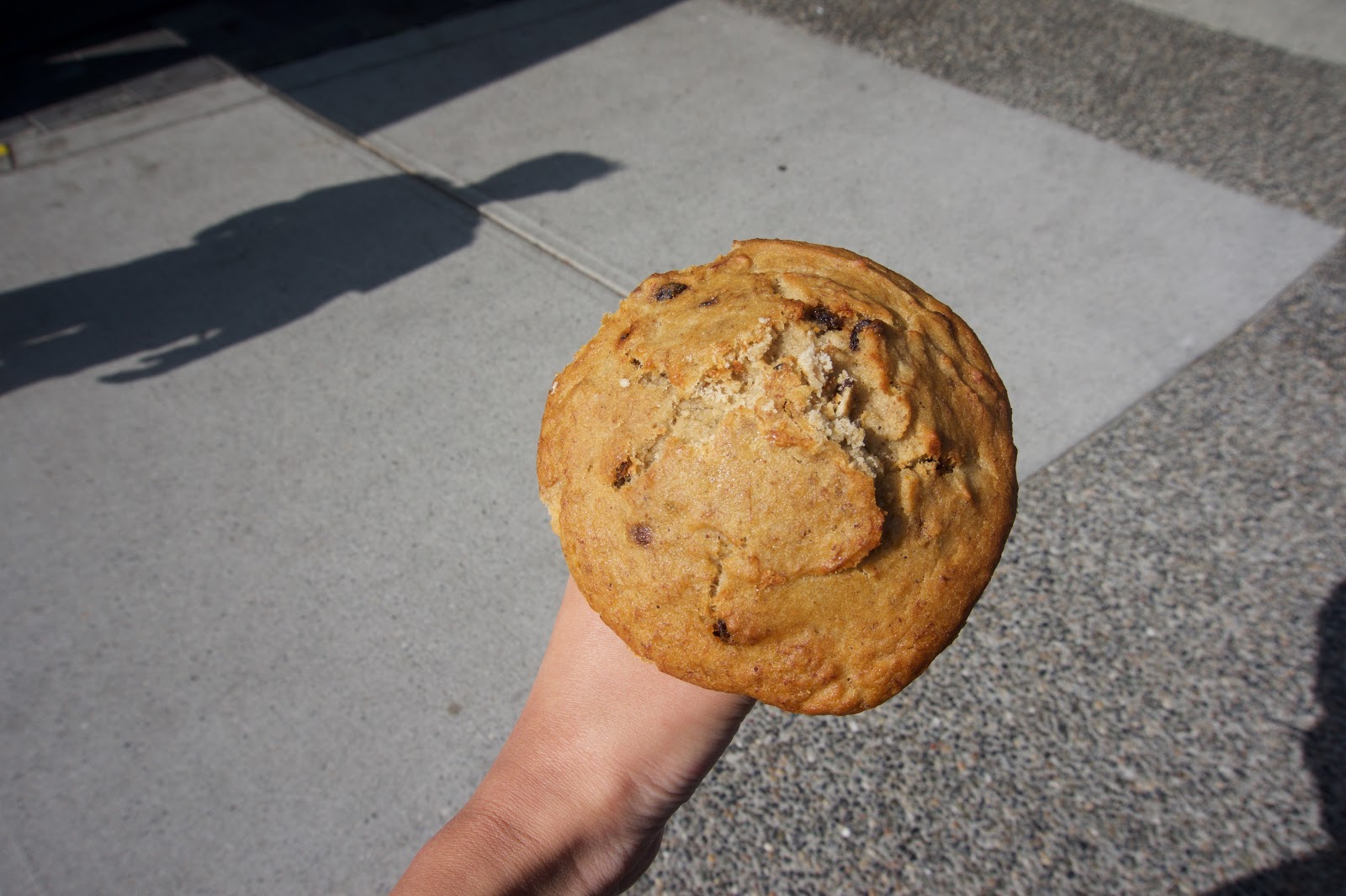 This one had the same issue as the apple rice muffin, because it's made out of rice, the whole thing is really crumbly! They put quite a bit of banana in it, you can even smell it!! Still pretty good though! 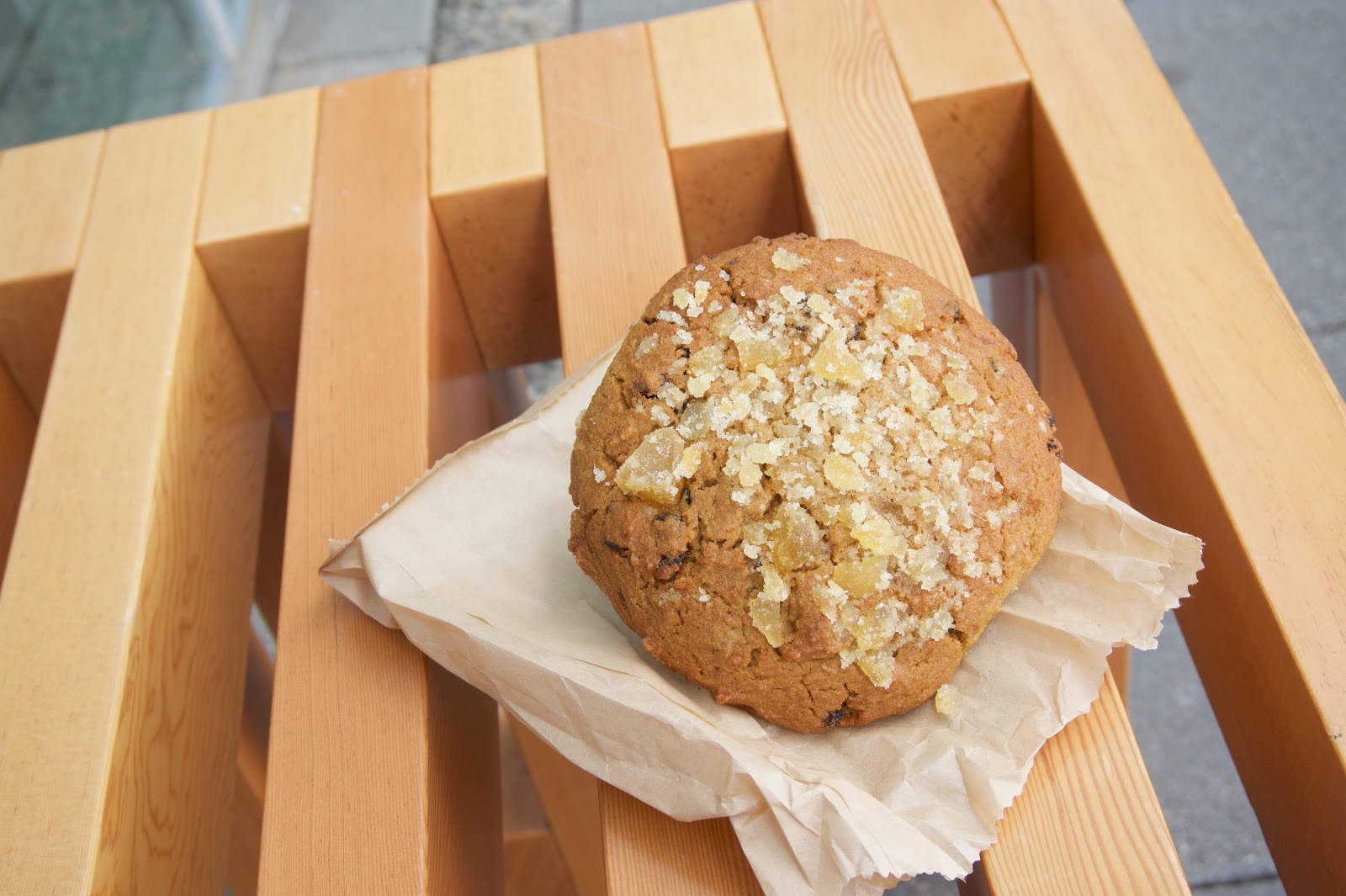 The best for last!! This one is probably my favourite out of the bunch!! It's one of their bestsellers (even for the non gluten free crowd) for a reason!! It has HUGE chunks of caramelized ginger sugar crystals!! There's a ton on top and there's even more embedded in the muffin itself!! 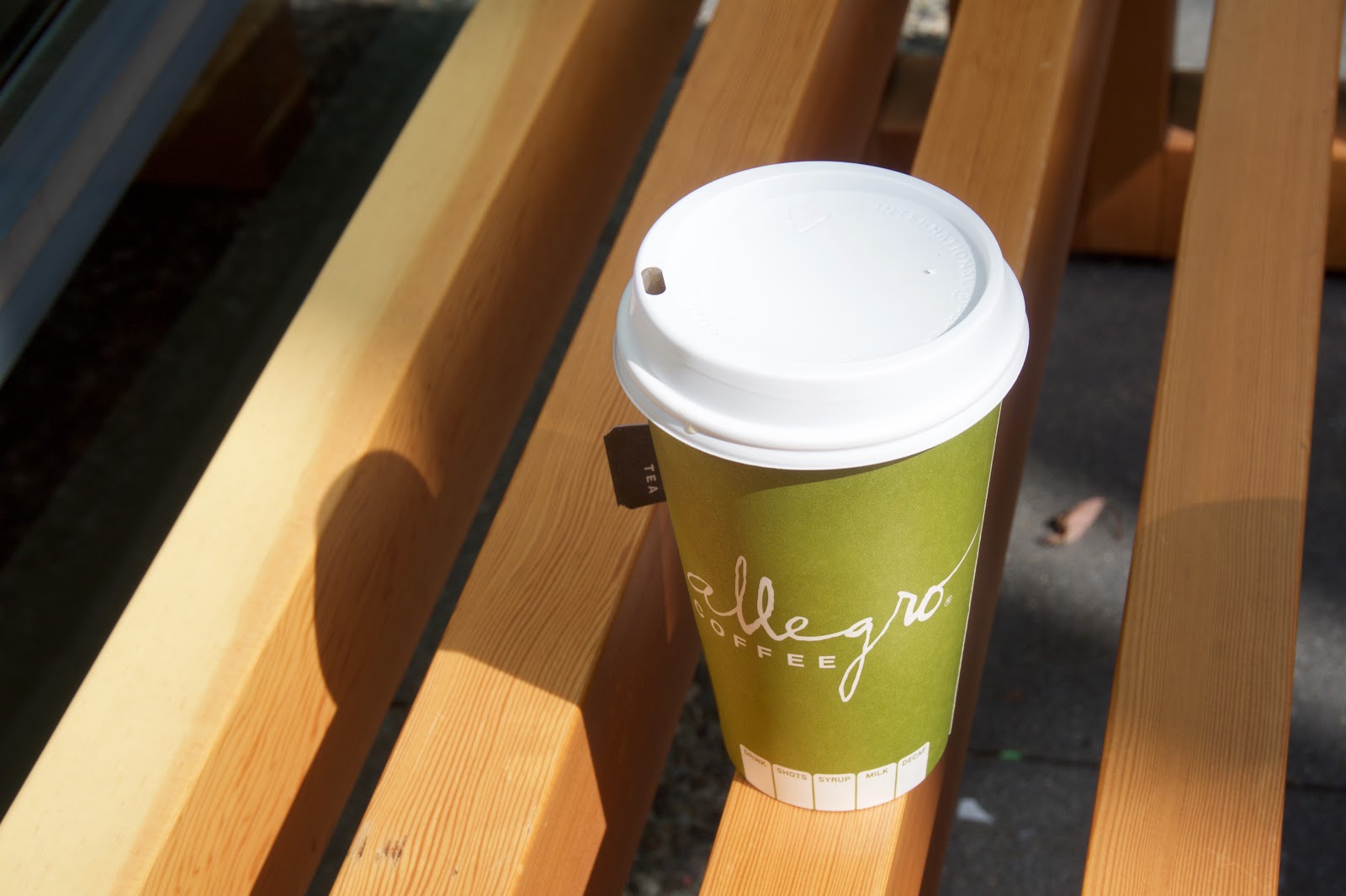 I've tried their Morning Blend, Early Grey, and Green teas and they're all fantastic! :D 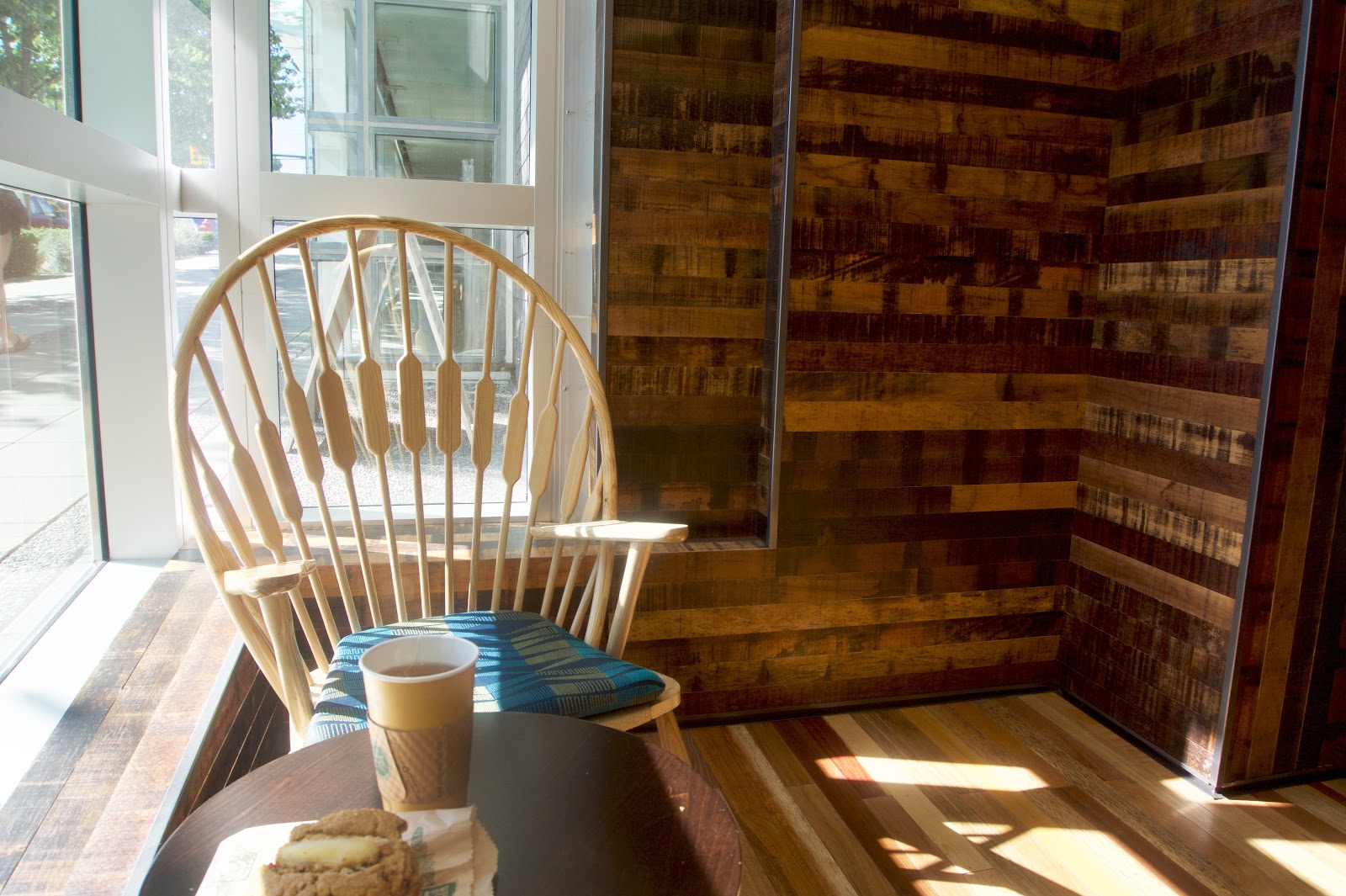 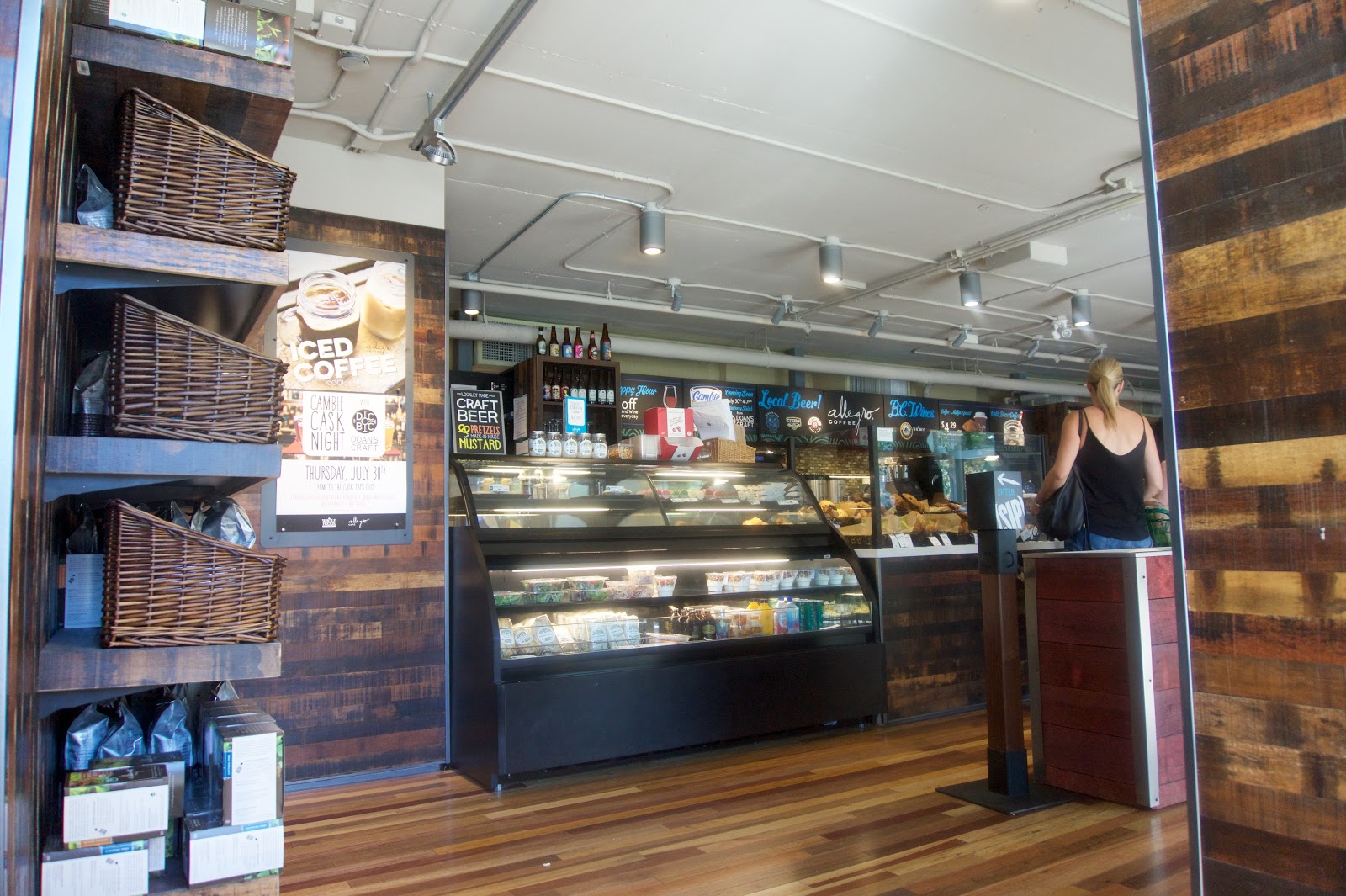 There's usually a lineup in the mornings (around 9 am, this photo was taken around 10) but the line moves really quickly!