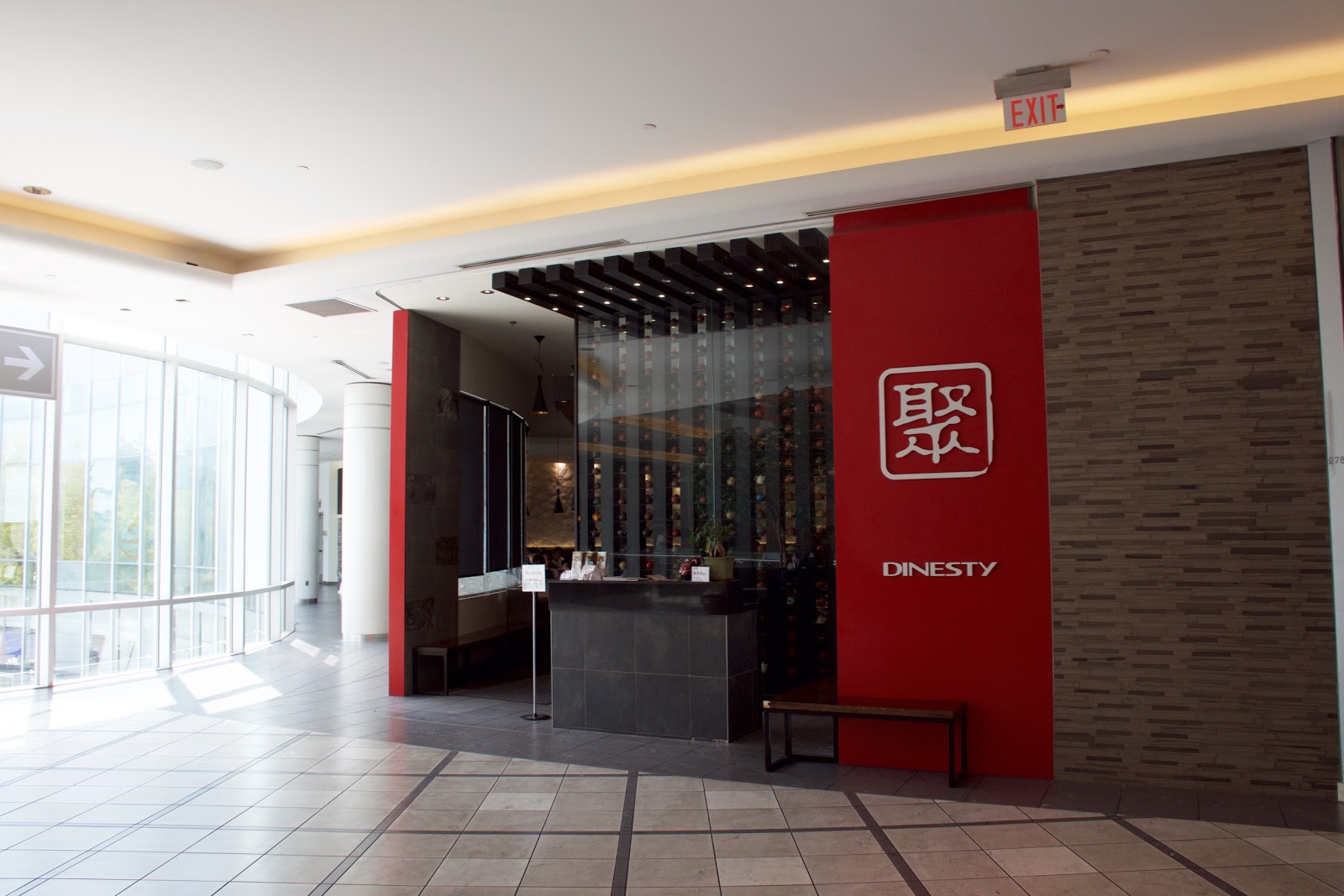 I was craving some xiao long bao the other day. I haven't had XLB in months!! The last time I ate xlb was at the original Din Tai Fung in Taipei. It was glorious. I'm salivating just thinking about it. Why can't we have a DTF in Vancouver?!

If you missed it, read my review of DTF here - where I reviewed 15 dishes: http://www.vancitynoms.com/2015/02/the-legendary-din-tai-fung-review-of-14.html

Dinesty actually really reminds me of Din Tai Fung. The way their menu is laid out, the atmosphere, they also have a lot of the same dishes/desserts! Their XLB, noodle, fried rice, and desserts section is almost identical! Dinesty makes some decent xiao long bao, but they still can't compare to DTF in terms of xlb mastery. Dinesty's menu is really large and they offer a wide range of classic Shanghainese and Taiwanese dishes! I only sampled a small part of their menu, so I really want to go back next week and try more dishes!! :D
All in all, I was pretty satisfied with the dishes I tried at Dinesty. Except: I asked the waitress if their crab soup had egg in it, and she said no, so I ordered it. After it came and I took a few bites, I realized that there was egg in it. Afterwards my tongue swelled up and I couldn't taste anything for 3 days :(

Sigh...such is the life for someone with allergies! I guess I have to be super careful with ordering now!

This place gets packed during lunch hour, so make a reservation if you don't want to wait in line!! Luckily I went right when they opened at 11 am. I went on a weekday, and within 10 mins, the crowds starting pouring in. They also have another location in Richmond, one on Robson, and they're also opening one across from Crystal Mall in Burnaby (which I'm SUPER excited for!!) :D But they're going to be competing directly against Shanghai Elan across the street!!

Side Note: I read on Yelp that the Aberdeen location only gives you 6 xlb, whereas their other locations give you 8 for the same price! Does anyone know why?

Read my review of their other location here: http://www.vancitynoms.com/2013/12/dinesty-chinese-restaurant.html 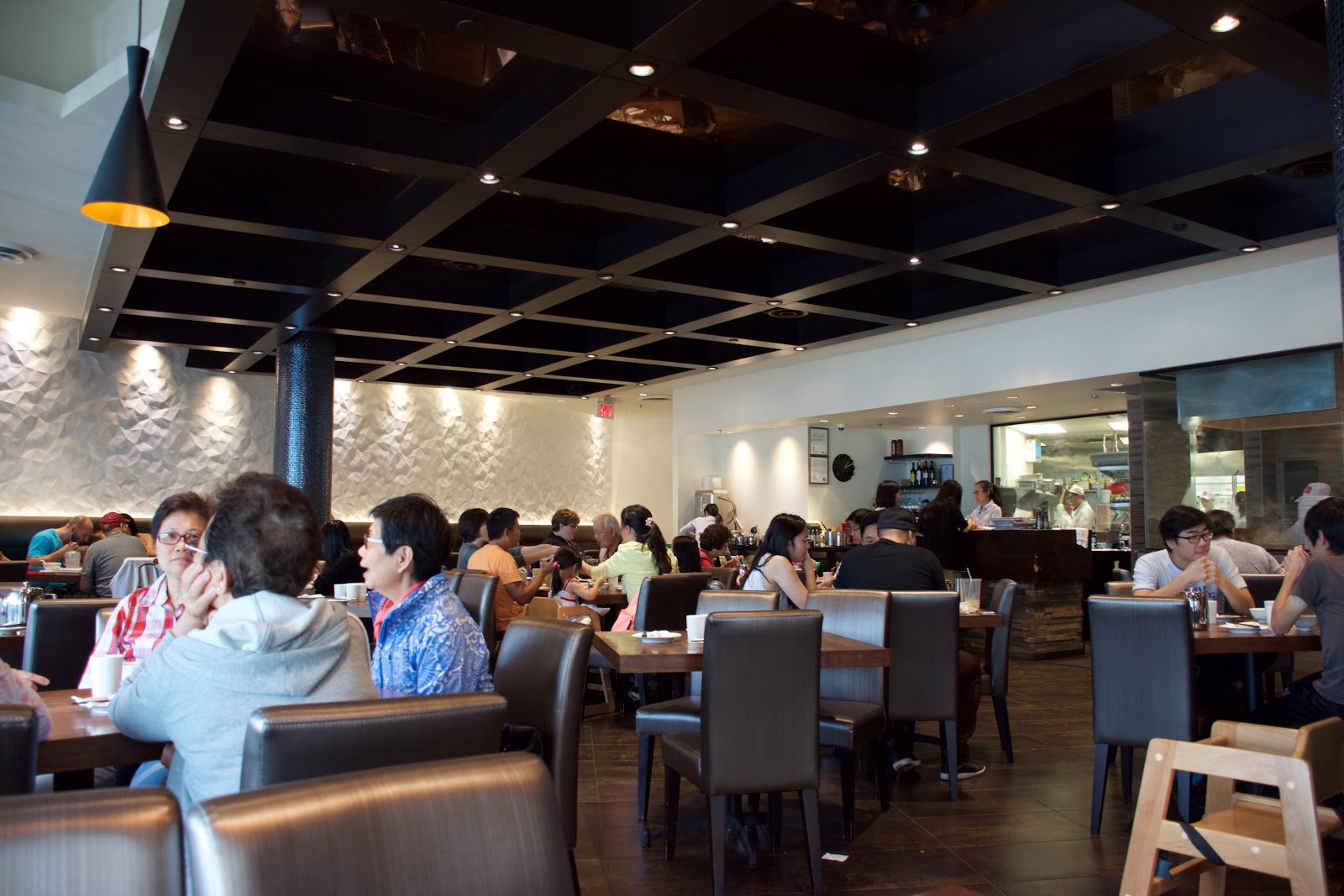 I really like how the restaurant is laid out! :D 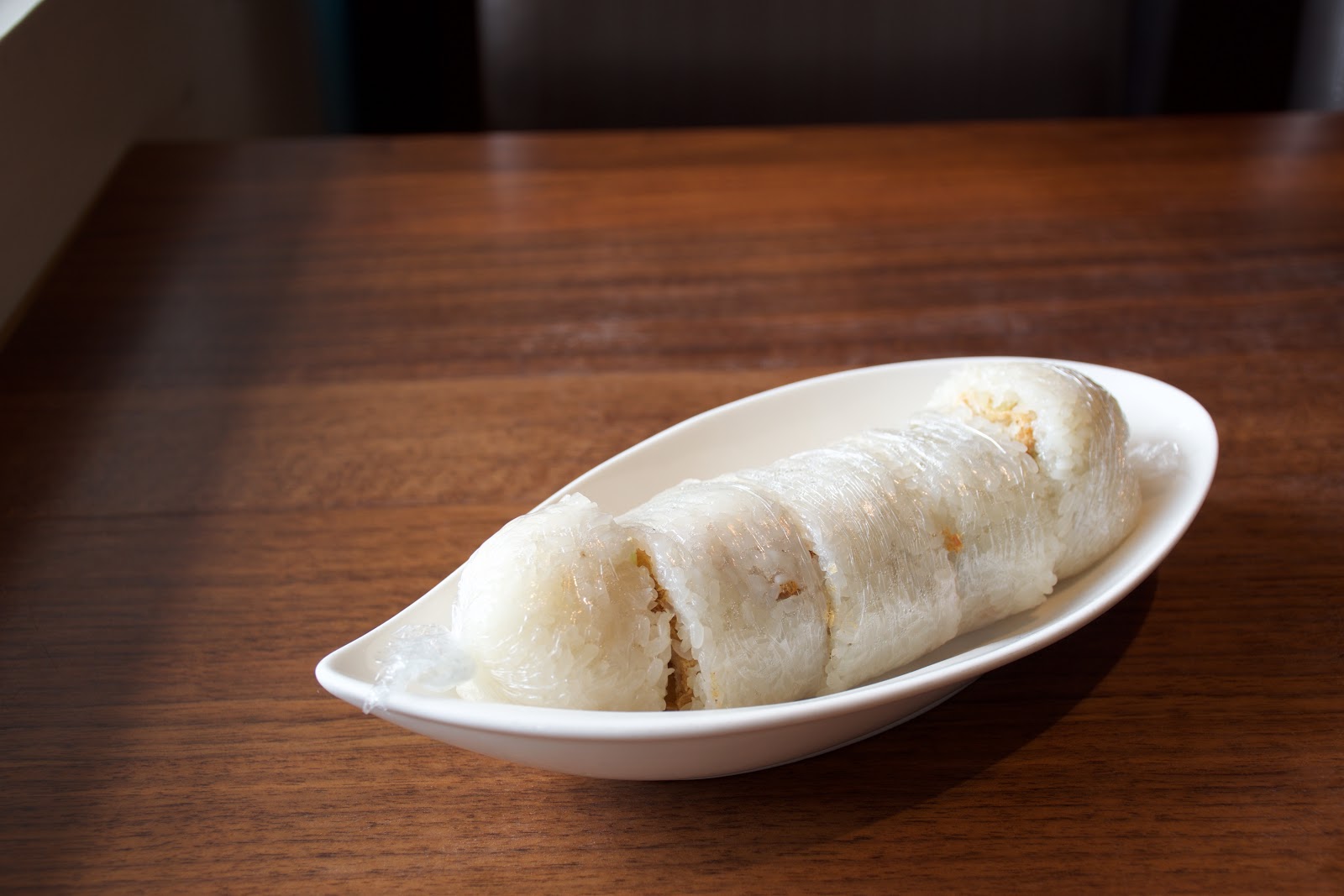 So Taiwanese!! :D  Totally brings me back to Taiwan. Fan Twan is basically a Taiwanese burrito that people eat for breakfast!

I was surprised at how good this was. It tasted pretty authentic. The rice was just the right texture, chewy and glutinous! The rice was wrapped around a crunchy chinese donut, with pork floss and sour cabbage! The inside is super fragrant, and I love the mixture of different textures! There wasn't a lot of rice, so you can probably eat 2 of these and still have room for XLB!! The ones in Taiwan usually have a lot more rice!

I also really liked how they cut it into smaller pieces and wrapped in plastic! Perfect for sharing and it makes eating it a lot easier! The first time I went I tried ordering it after I had finished my rice cakes but they were already sold out! So the next day when I went I ordered it right away and I got it! :D 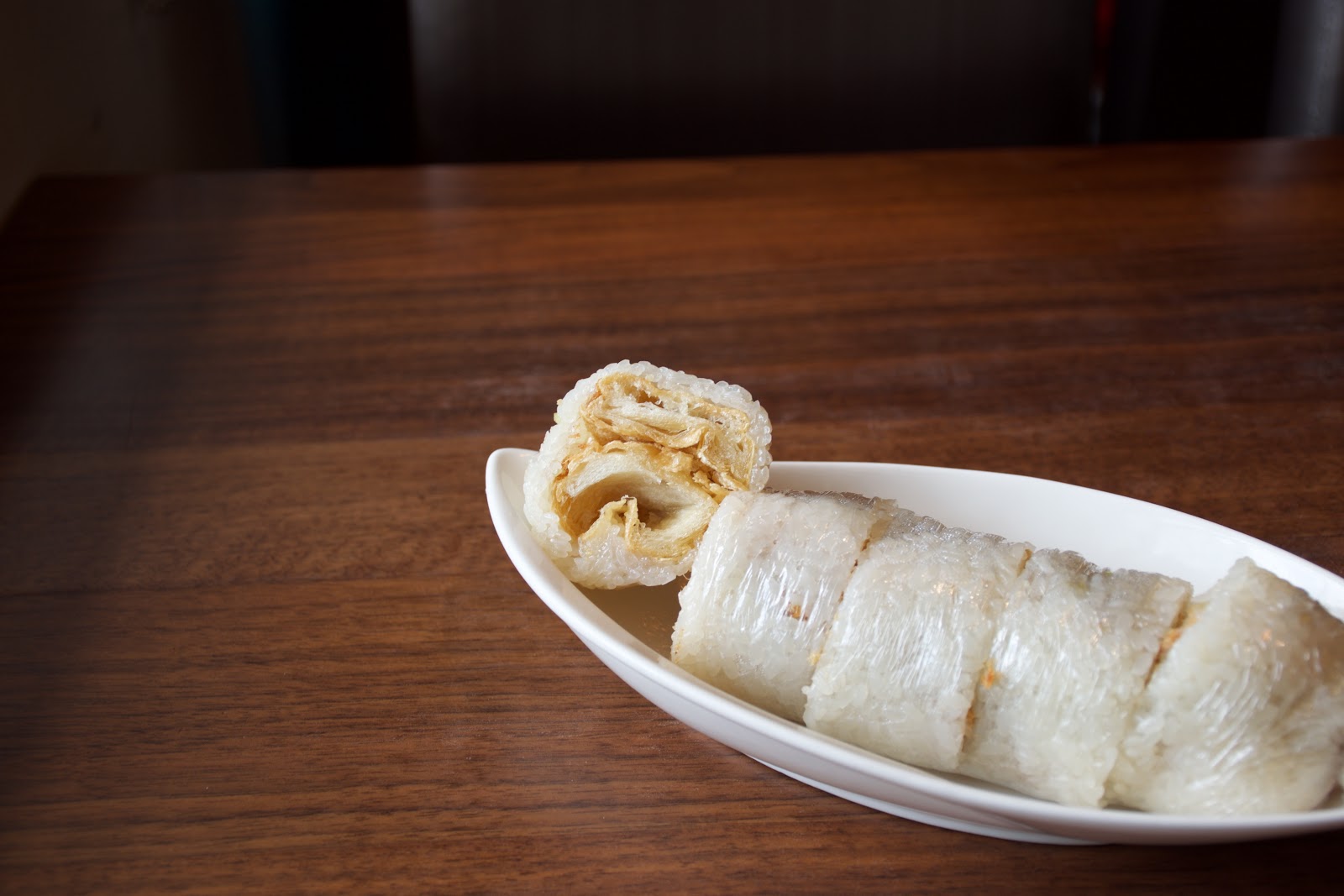 I'm so trying the sweet version next time! :D 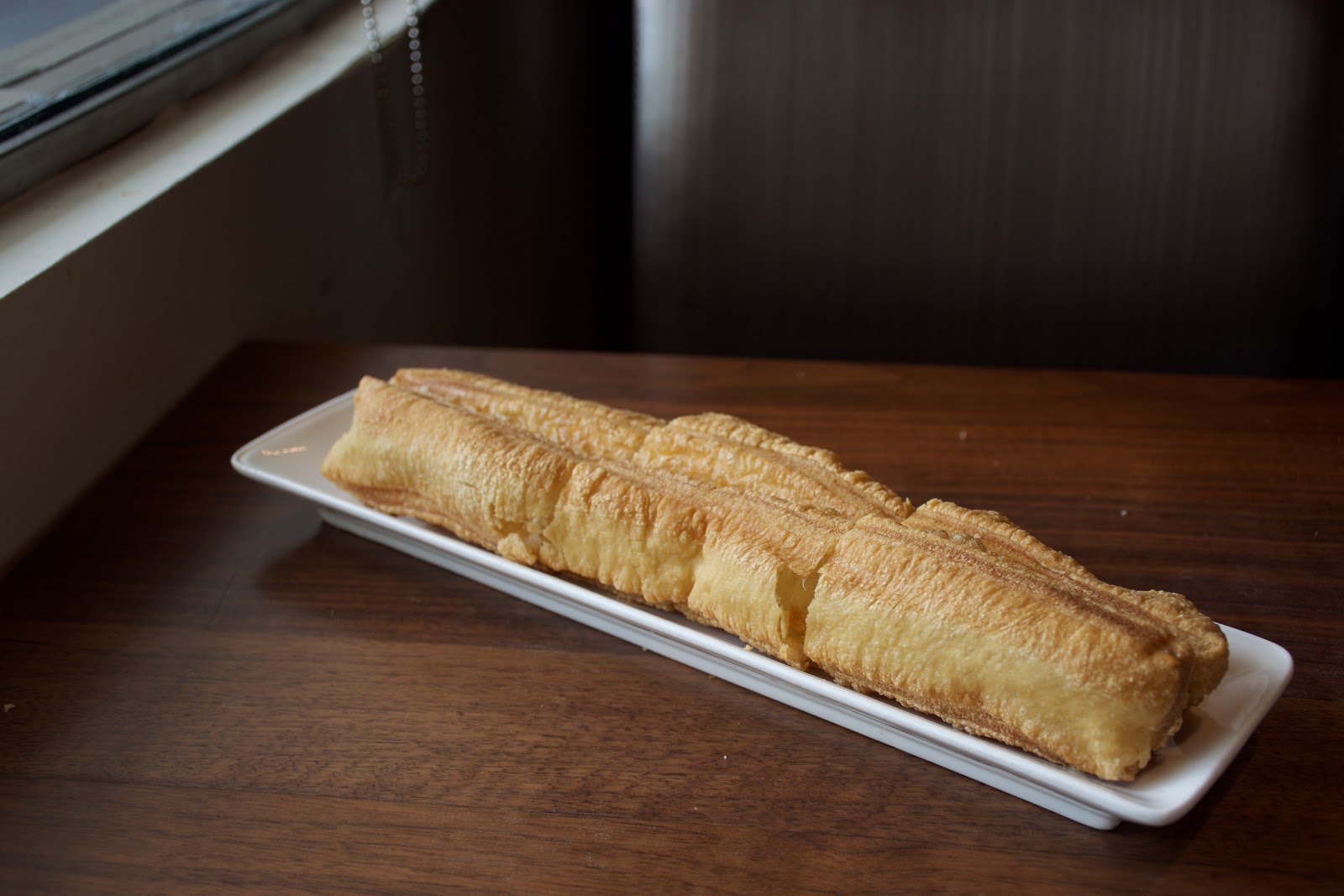 Clearly someone's still obsessed with you tiao!! ;) After eating my fan twan, I wanted more you tiao...so I got this! This was actually different from the you tiao they put in the fan twan. The ones in the fan twan are crunchier and airier, these ones are denser and doughier! While the outside was nice and crunchy, it was a bit too crunchy, to the point where the dough cut the inside of my mouth! The inside was decently moist though and it wasn't too oily! 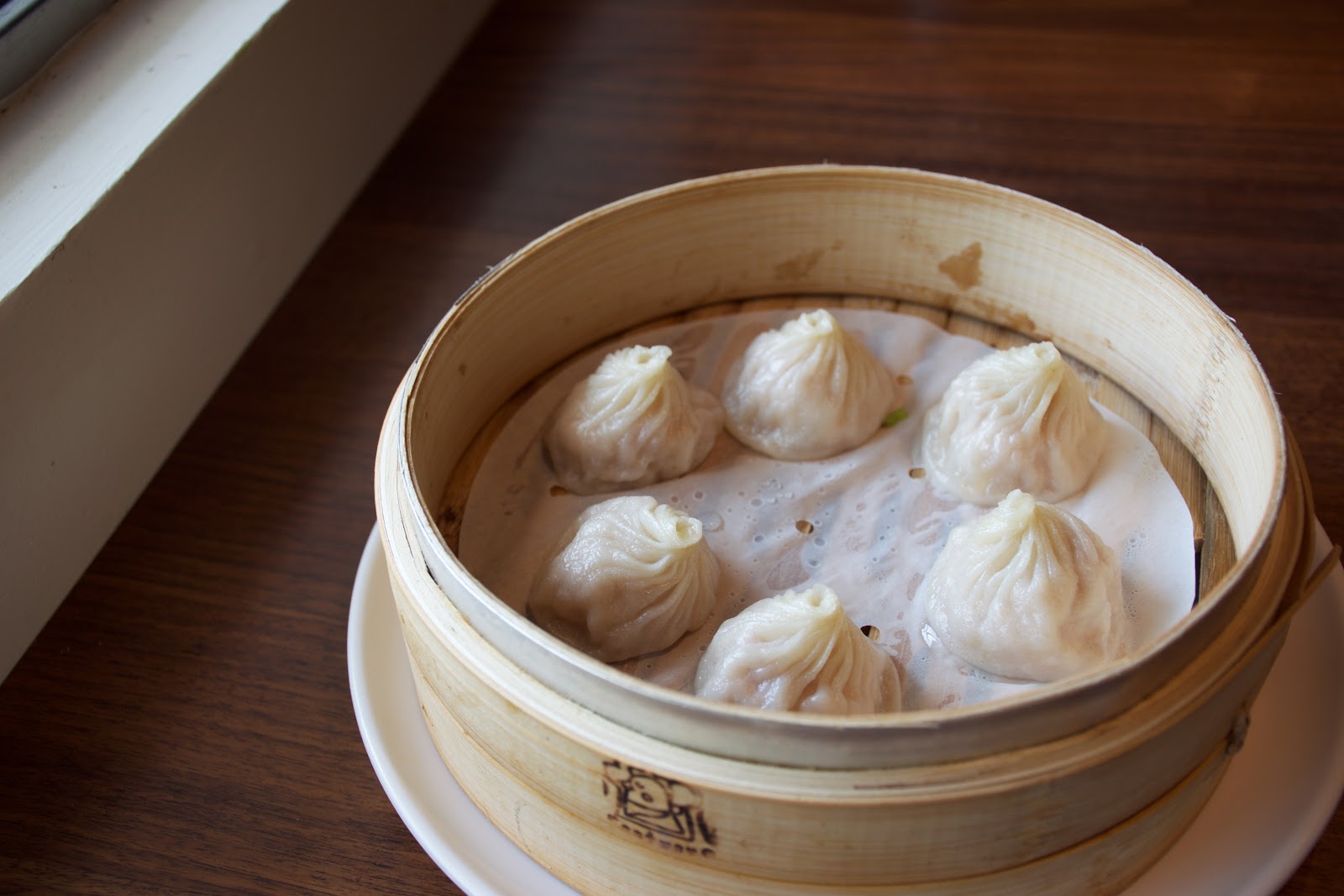 These were pretty decent, but I still prefer Din Tai Fung's chicken xlb! The skin wasn't as thin as I would've liked, but flavour wise, pretty good!! The chicken flavour was really strong, and the dumpling itself was filled with chicken soup! The chicken was really tender and not too salty!! I like their signature pork XLB better, but these are a close second! :) 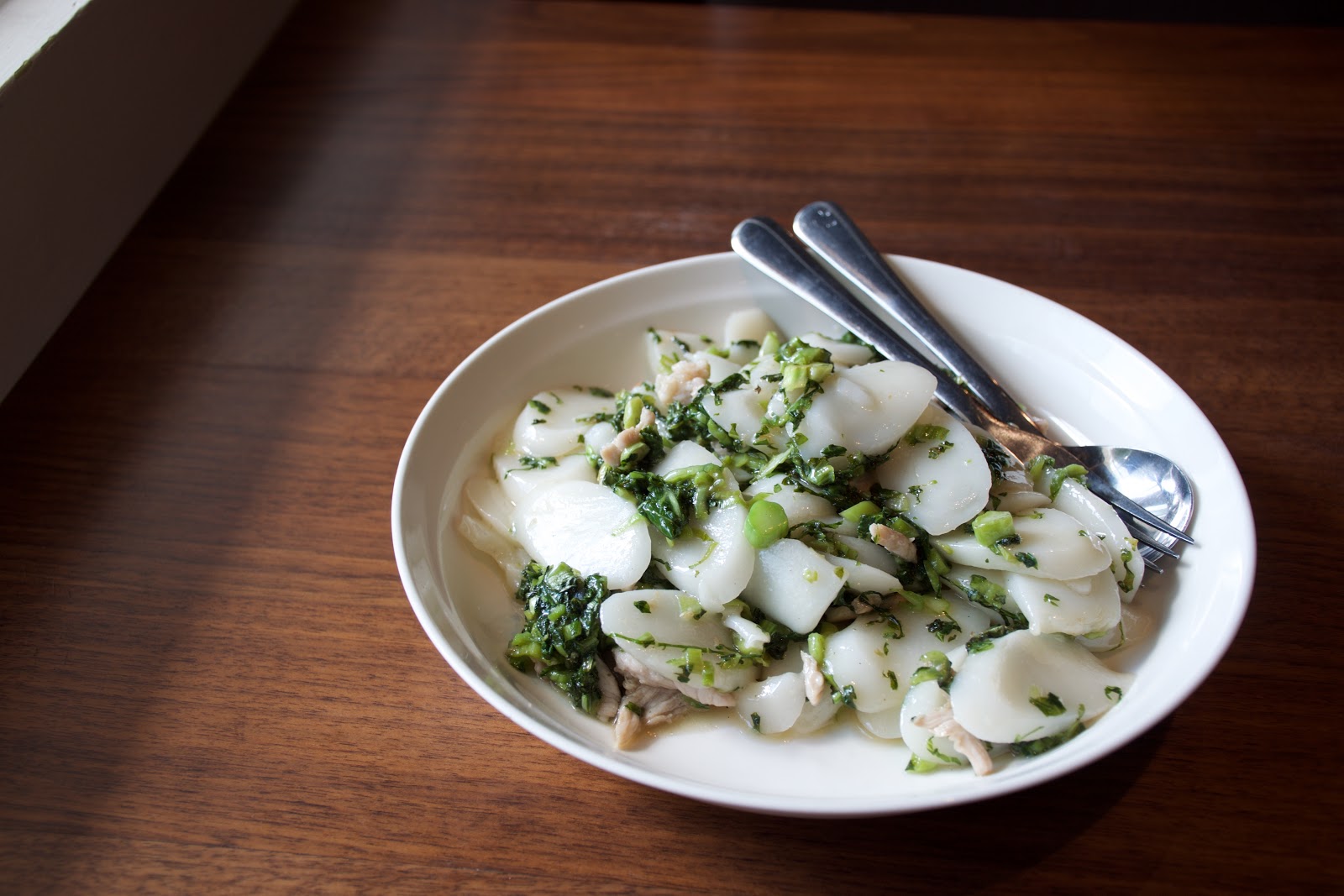 I use to eat ricecakes all the time when I was younger. I would call them "skateboard" cakes in Mandarin because they looked like little skateboards!! :D

I really enjoyed this! The portion size was really generous - definitely meant for sharing, but I devoured the entire thing! The rice cakes themselves were perfectly cooked, perfectly chewy! The salted vegetables added a lot of flavour and made the entire dish really fragrant! 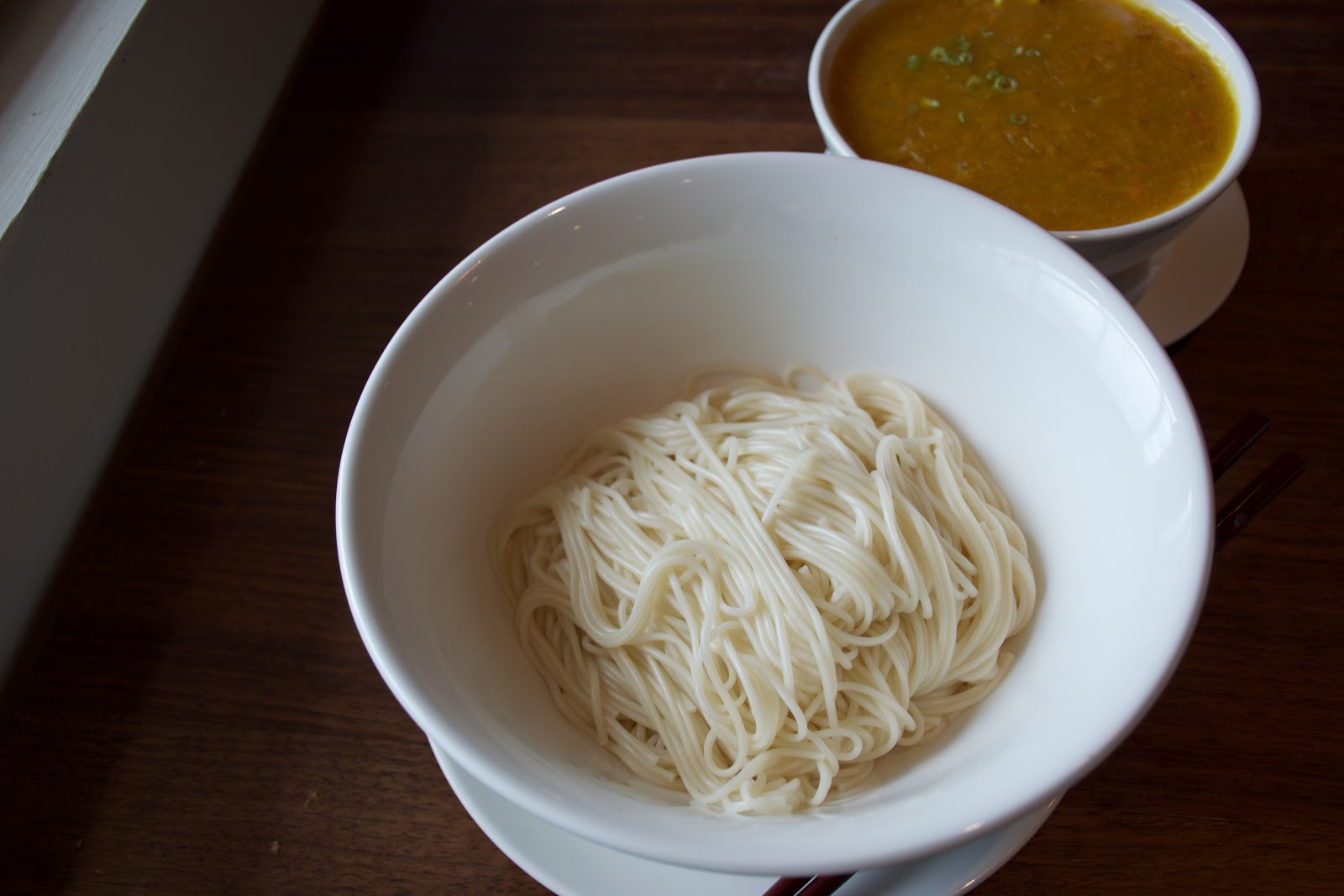 The noodles were really good! They actually kind of remind me of Din Tai Fung's noodles! They come a bit stuck together, but you're suppose to mix it in with the soup to untangle it! The noodles were perfectly cooked, al dente, chewy, with bite! 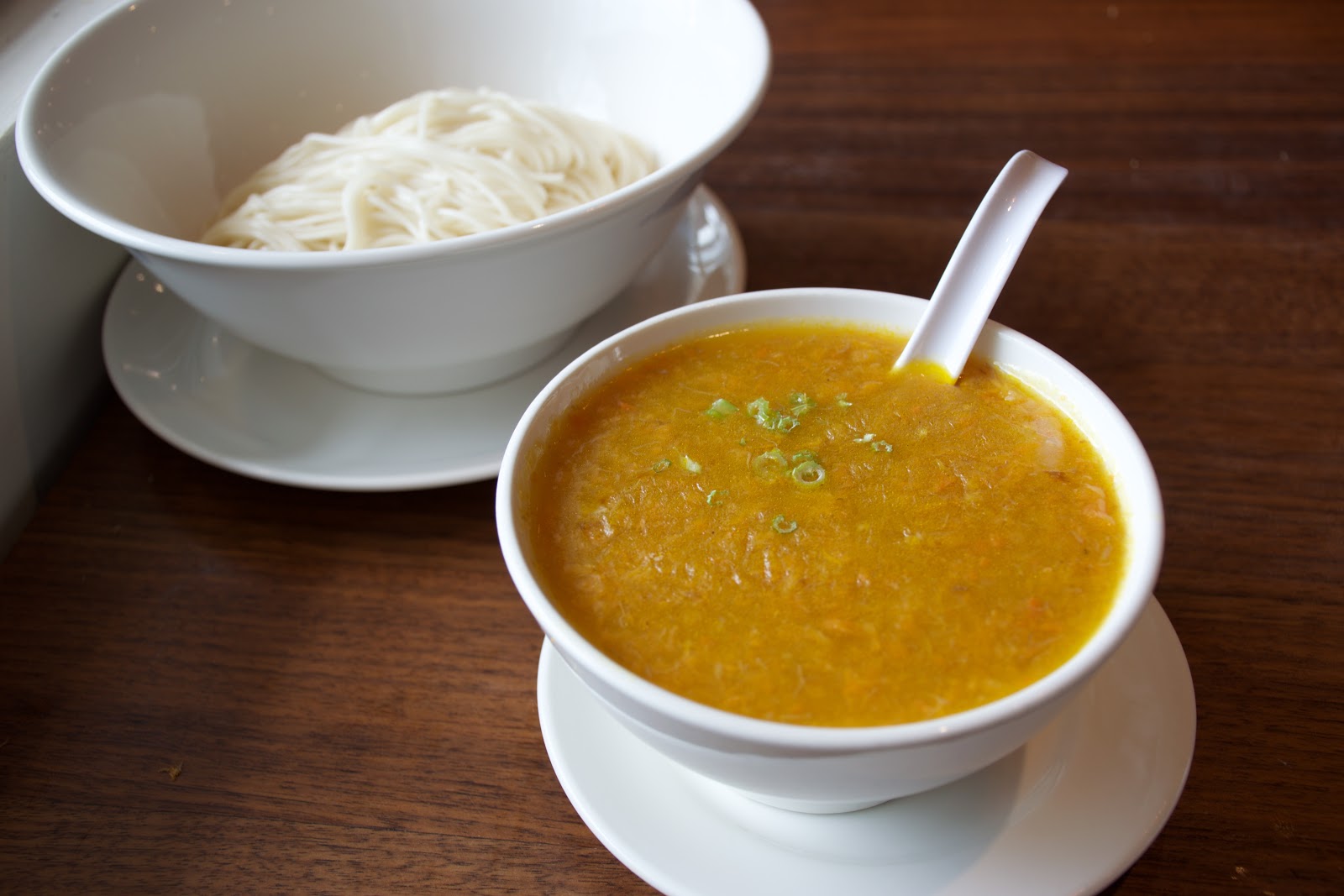 I had an allergic reaction to this, the waitress said there wasn't egg in it but turns out there was! My tongue was swollen for 3 days afterwards :(

The soup itself was creamy and pretty light tasting! There wasn't a lot of crab in there, but there was a generous amount of shrimp! It was a pretty big bowl and combined with the noodles, makes for a pretty filling meal! 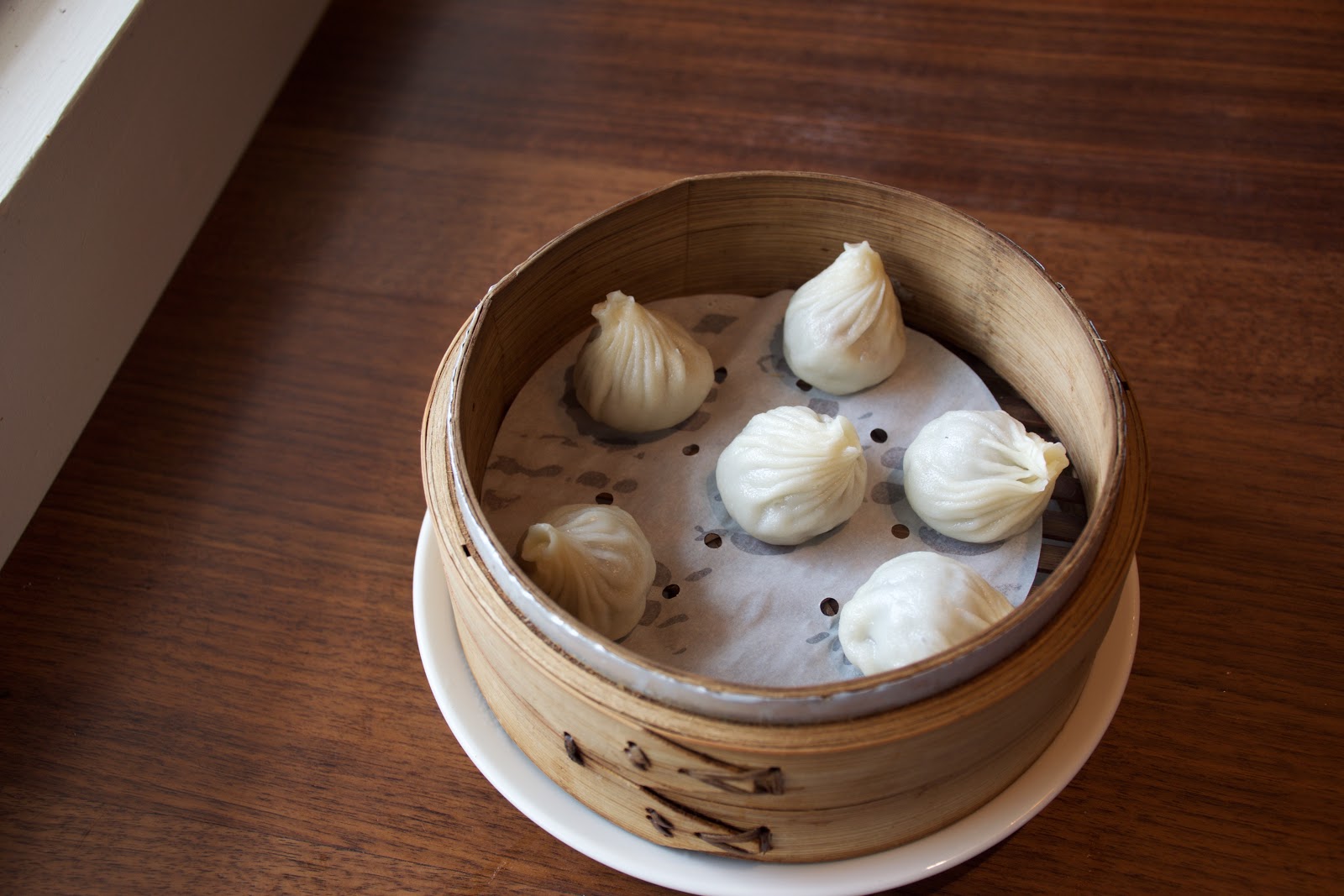 Glutinous Red Bean XLB
They also have a non-glutinous version!

I've also tried something similar at Din Tai Fung in Taipei! The only difference is that these are made with glutinous rice wrappers! They have two versions, and I opted for the glutinous version, cause I love the chewy texture!

These were delish! The XLB skin was reasonably thin, and really chewy! The red bean filling was fragrant without being too sweet. If you like XLBs and red bean, definitely try this! So good!! :D 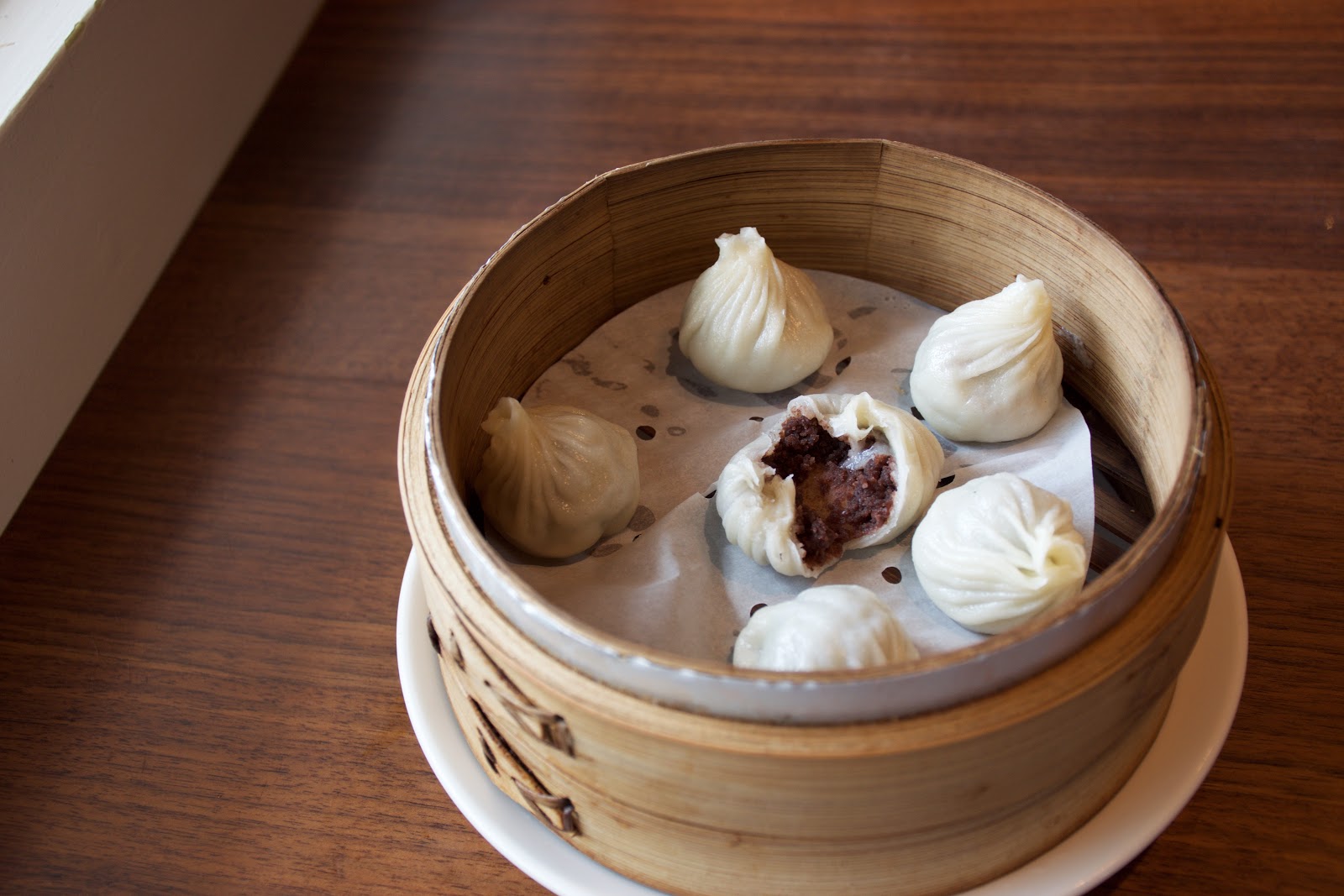