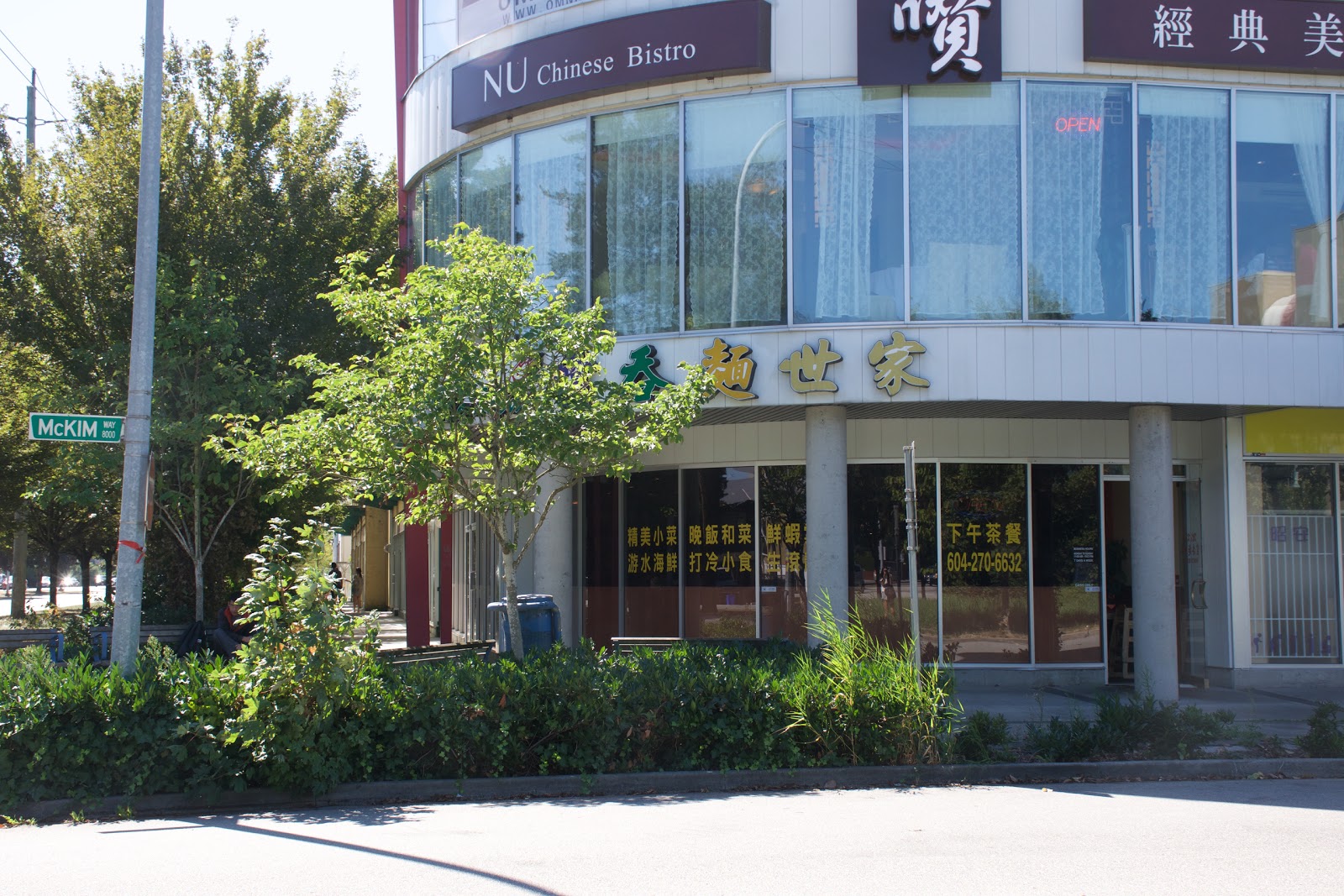 I've been eating ALOT of cantonese food lately. In fact, I've eaten congee 4 times in the past week. So why the sudden hankering for Cantonese food? Well - since I've developed so many allergies (dairy, nuts, soy, fruit, processed foods) I've taken it as an opportunity to eat more chinese food, because most non - asian food contains dairy and soy (even bread) so I've been eating non-asian food less and less :(

I'm Cantonese/Taiwanese, but I was raised by my mom's side of the family. They're very Taiwanese, so growing up I wasn't exposed to Cantonese culture. It wasn't until I moved in with my dad after highschool that I started identifying as "Cantonese." Up until that point I had always regarded myself as Taiwanese. At first I didn't understand why my dad was infatuated with yum cha, cheong fun, bao zai fan, spareribs, and bittermelon (if you factor out the occasional sashimi box, it's all he eats) but now I totally get it!! I guess his eating habits have rubbed off on me because I find myself craving it all the time now!! ;D

I'm grateful that I moved in with my dad. He's taught me a lot about my "other half." My dad's as Cantonese as you can get. He's really opened me up to Cantonese culture. My dad was born in Guangzhou, but his family is originally from Shandong. My mom is from Taipei, but her family is originally from Sichuan. If I get the chance, I also really want to learn more about Shandongese (is that a word?!) and Sichuan culture ;D

McKim serves up classic no fuss Cantonese fare and breakfast dishes! They also have another location in Vancouver, but this location is in Richmond, on McKim Way. Their main competition (in the vicinity) is MaxNoodle House on Alexandra Road!


Read my first review of McKim here, where I review their wonton noodle soup! http://www.vancitynoms.com/2014/06/mckim-wonton-mein-saga-richmond.html

In other random news, I think I'm even allergic to pho now (WHUT?!) I went to Pho Hong with my dad yesterday and after taking a sip of the soup, my throat and mouth started to itch. I'm suspecting that it's from the raw veggies that they put in the soup. My Oral Allergy Syndrome's definitely gotten worse :'( 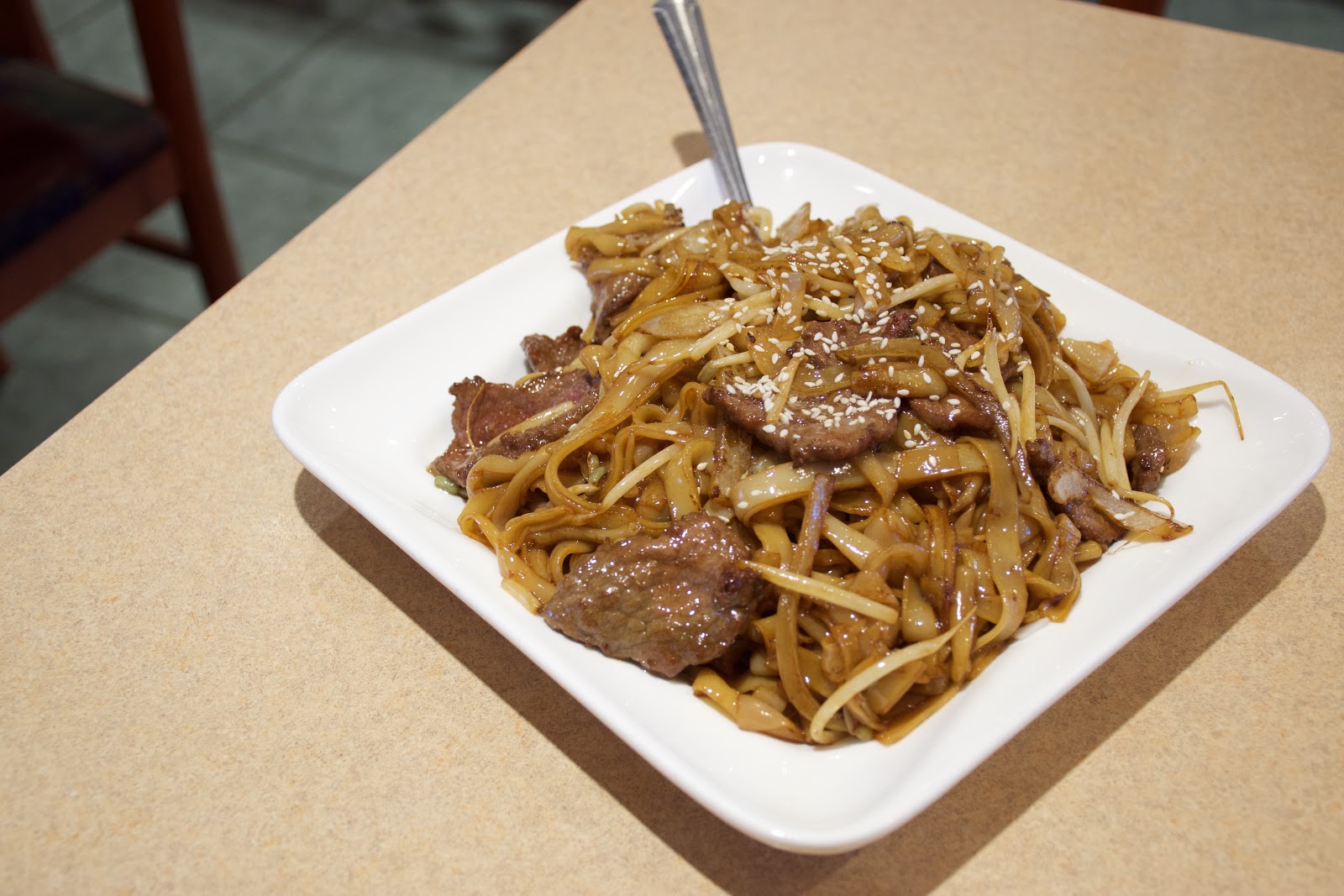 Such a classic! My dad would definitely approve ;D This was quite a good version! The wok hey was very strong, and made the entire dish really fragrant!! The chow fun noodles were bouncy, with bite!! It was tad bit greasy, but then again, that's how I like it ;) The beef was reasonably tender, and flavourful as well!! The portion size was also quite large! 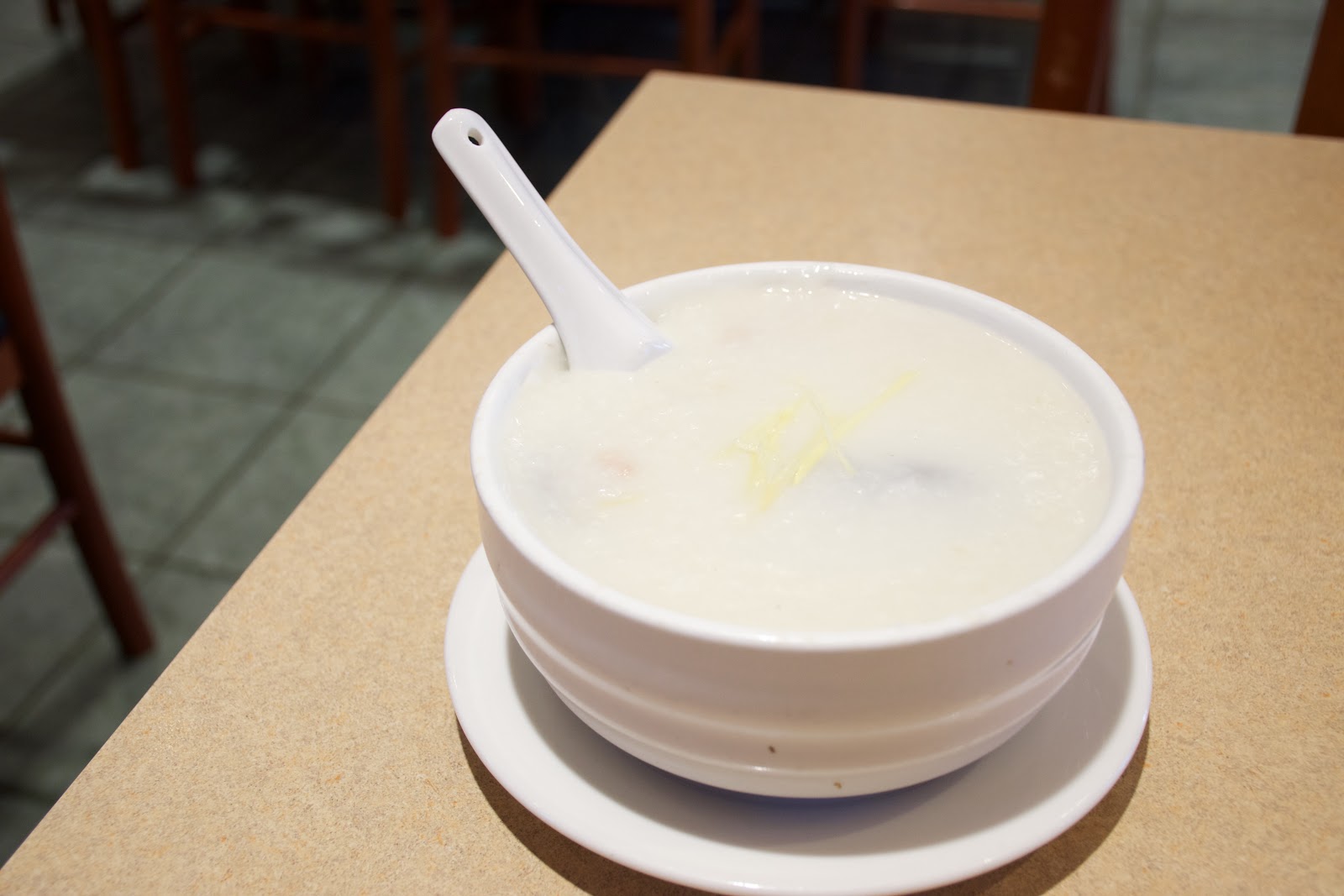 Mckim makes a decent bowl of congee! Consistency wise, it was more on the watery side (I prefer thicker congee) but it was still pretty smooth. It was pretty flavourful because the mushroom flavour had been infused into the congee!! There were 4 large pieces of shiitake and also a few slices of tender chicken. This was pretty large bowl, not bad for $6.50! 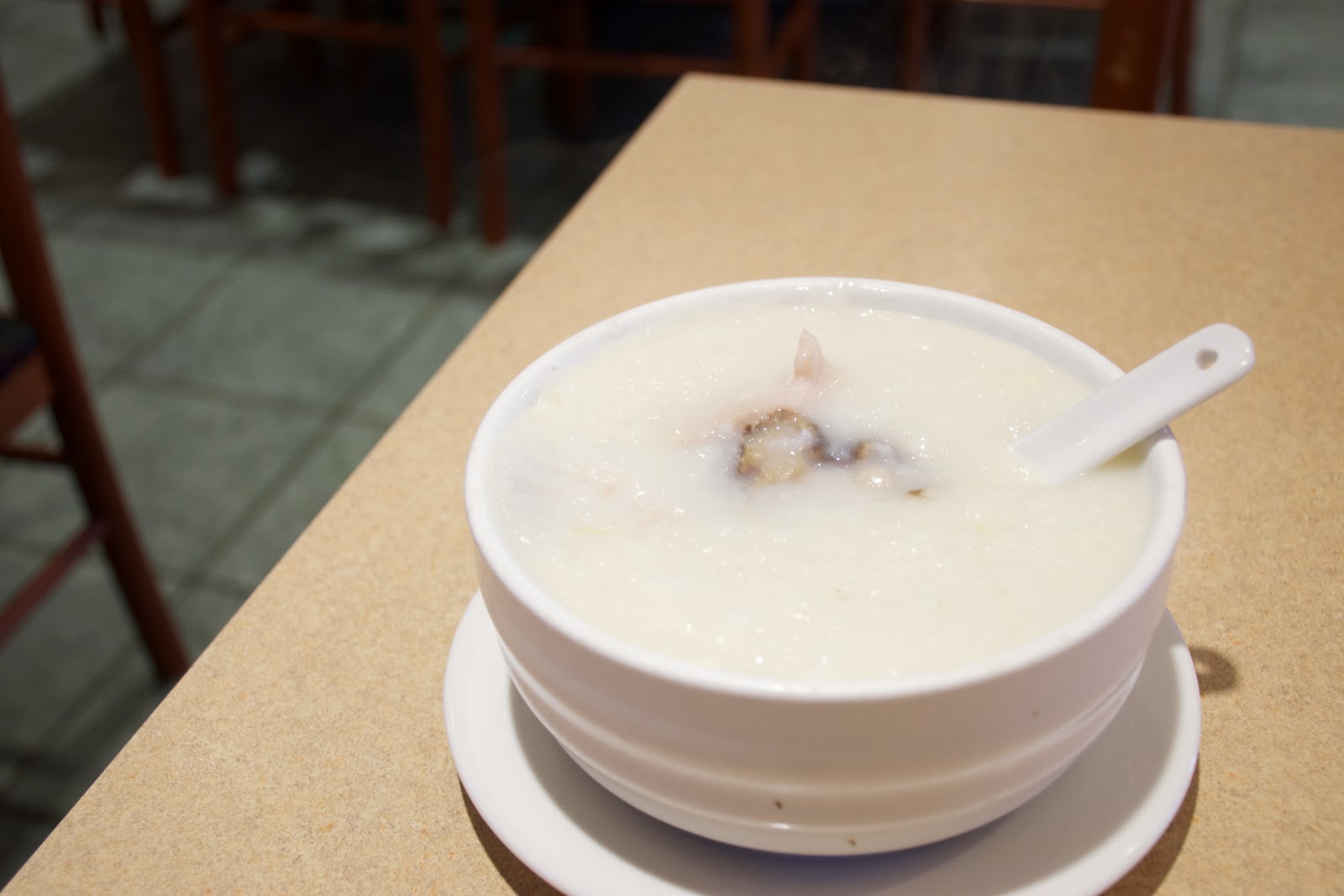 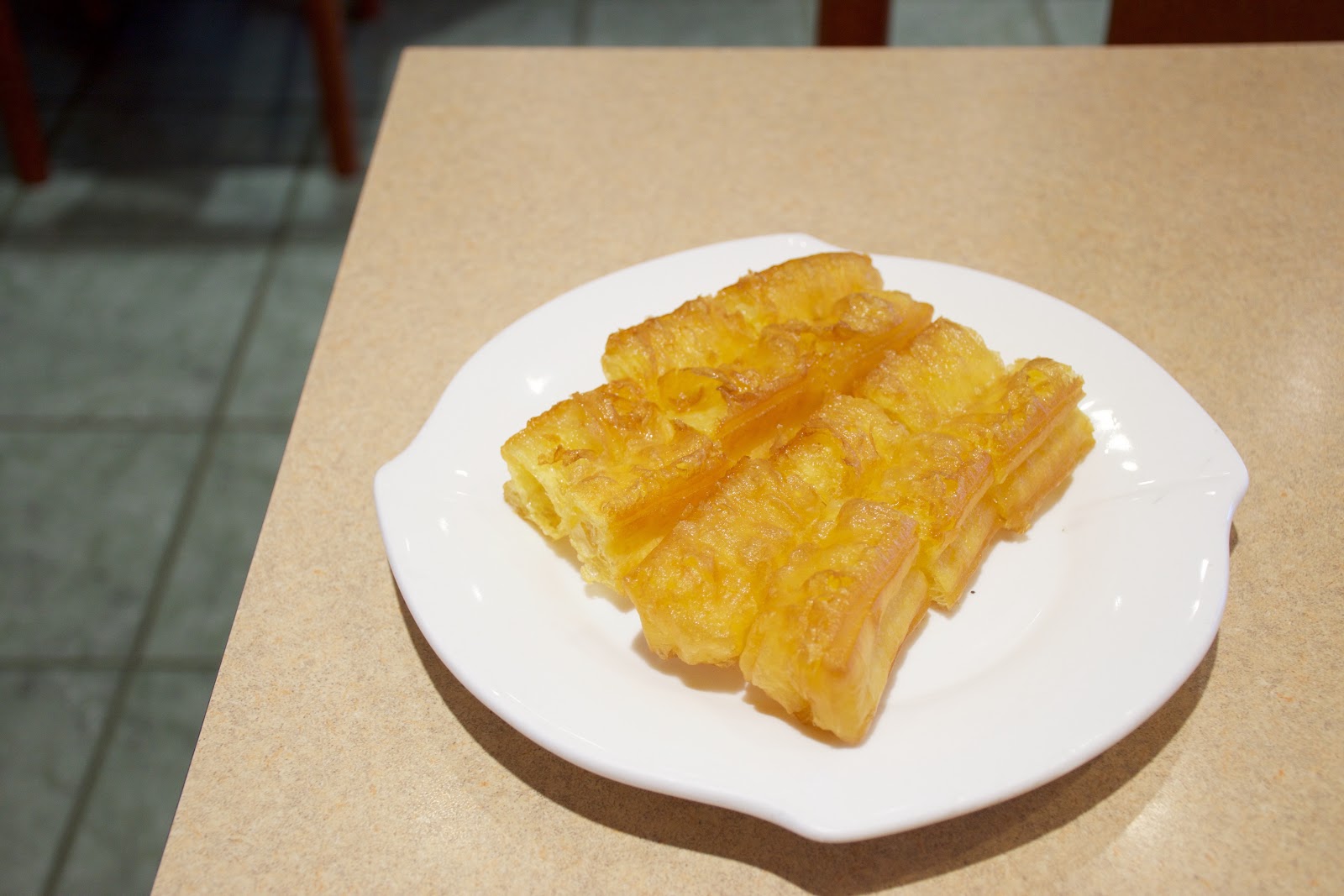 I got 2 orders of these hehe :D

Who can say no to yau ja gwai? It's basically a given if you're going to have congee!! ;D I ate my first plate so fast that I didn't have any left for my congee, so I ordered a second plate. The donuts were quite good, very airy and crunchy!! McKim's yau ja gwai isn't bread like - I know some people prefer bread like chinese donuts (I personally like both!) 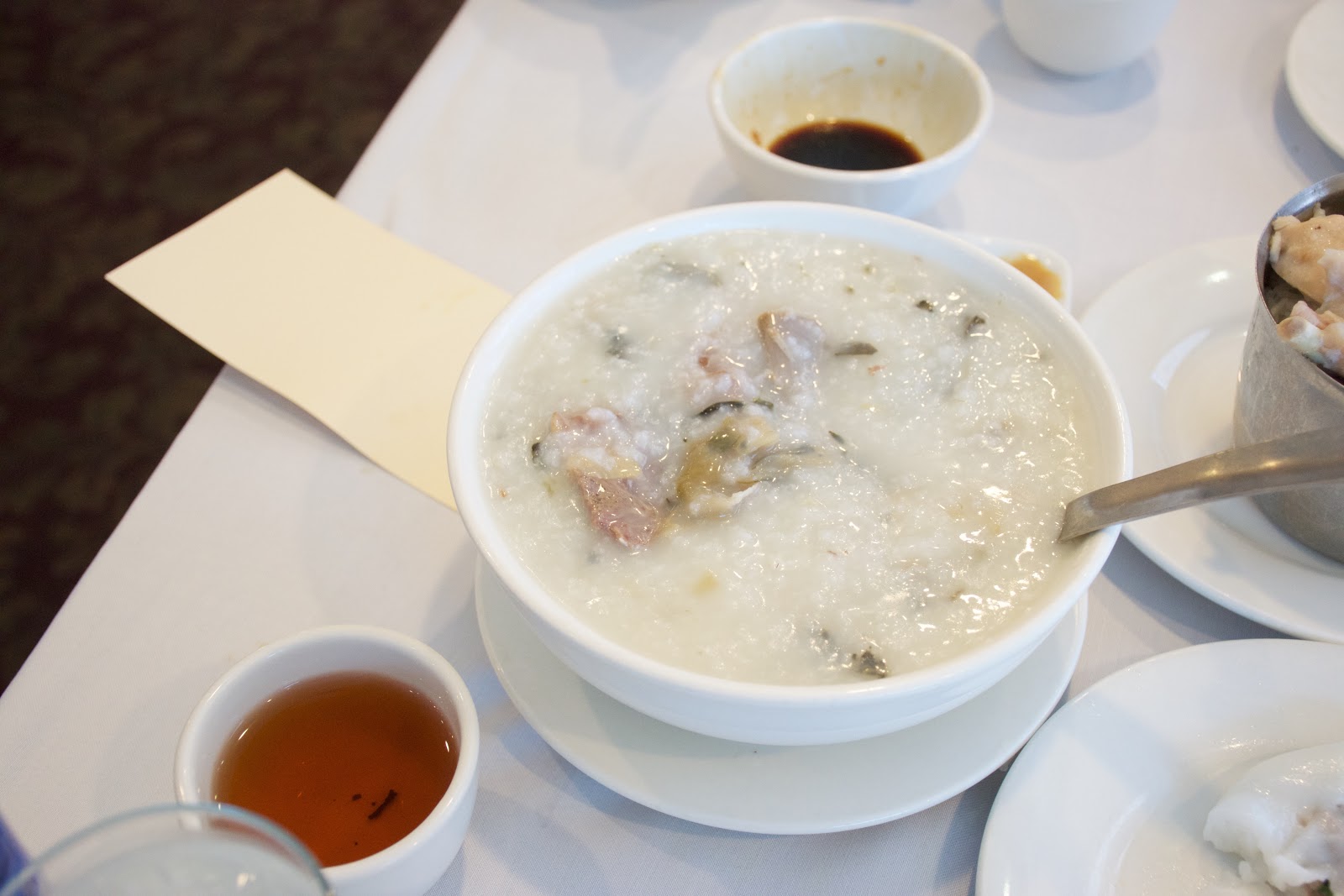 I also had congee at South Ocean yesterday!! ;D

Compared to McKim's congee, this wasn't all that great. It was too watery in consistency, and the rice wasn't "melted" enough, if you get what I mean. It was decently flavourful though with a strong seaweed flavour! The pork bone was quite tender and fell off the bone!! But the congee base itself wasn't very impressive.