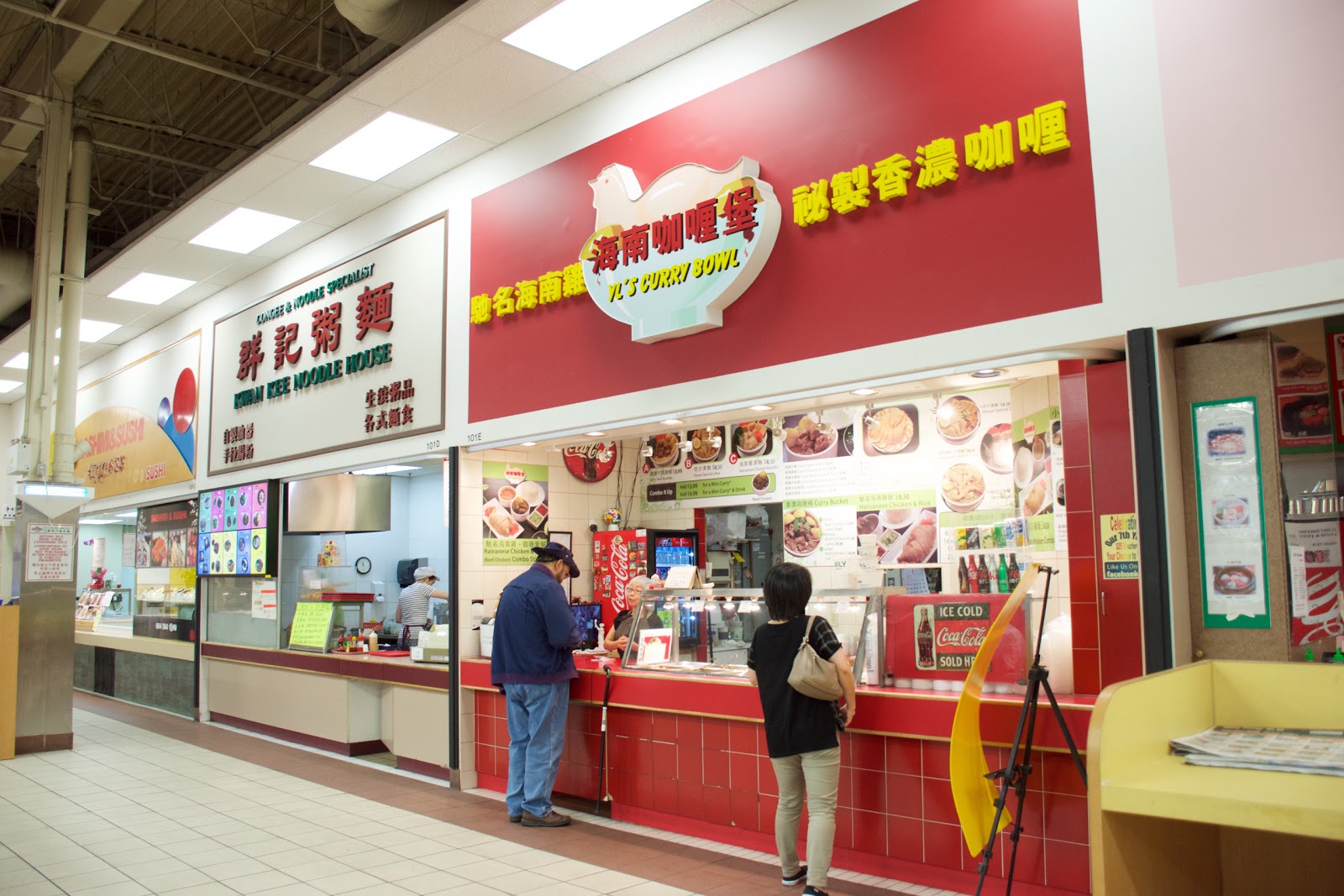 YL's is what I would classify as a textbook hidden gem!! It's located in a little asian food court beside T&T in Guildford! YL's is owned by the same people who run Curry House in Yaohan. YL makes a killer plate of Hainanese Chicken, and personally, I like it a lot better than Curry House!

YL's has been in business for years now and the locals know this place as the place for Hainanese Chicken in Surrey. The Cantonese couple who runs this place is so nice!! The old lady got all flustered when she realized that she had forgotten my dipping sauces and cracked a joke about how "her memory wasn't what it used to be" ;D

Apparently they're also really well known for their Malaysian style curry!! They have beef, chicken, and lamb, and you can even add a mini curry to your combo for a few dollars more! They also have laska, roti, and curry fish balls - and their Richmond location has char kuey teow!

Don't under estimate this little food court - it wouldn't be out of place in Richmond! For such a small food court, they have some pretty solid offerings. There's Little Tea House, Ba Le (famous for their banh mi) Rodem Korea, Chan's Kitchen, a congee stall, and a Japanese run sushi stall!! And after you're done eating - you can head on over to T&T next door to do some shopping!!

If you're in the area and you're not in the mood for food court food, there's Bubble World, Pho Vinh, Maguro Sushi, Jade Valley, Taster's Bakery, Big Chicken Town, and a Korean restaurant in the same plaza! 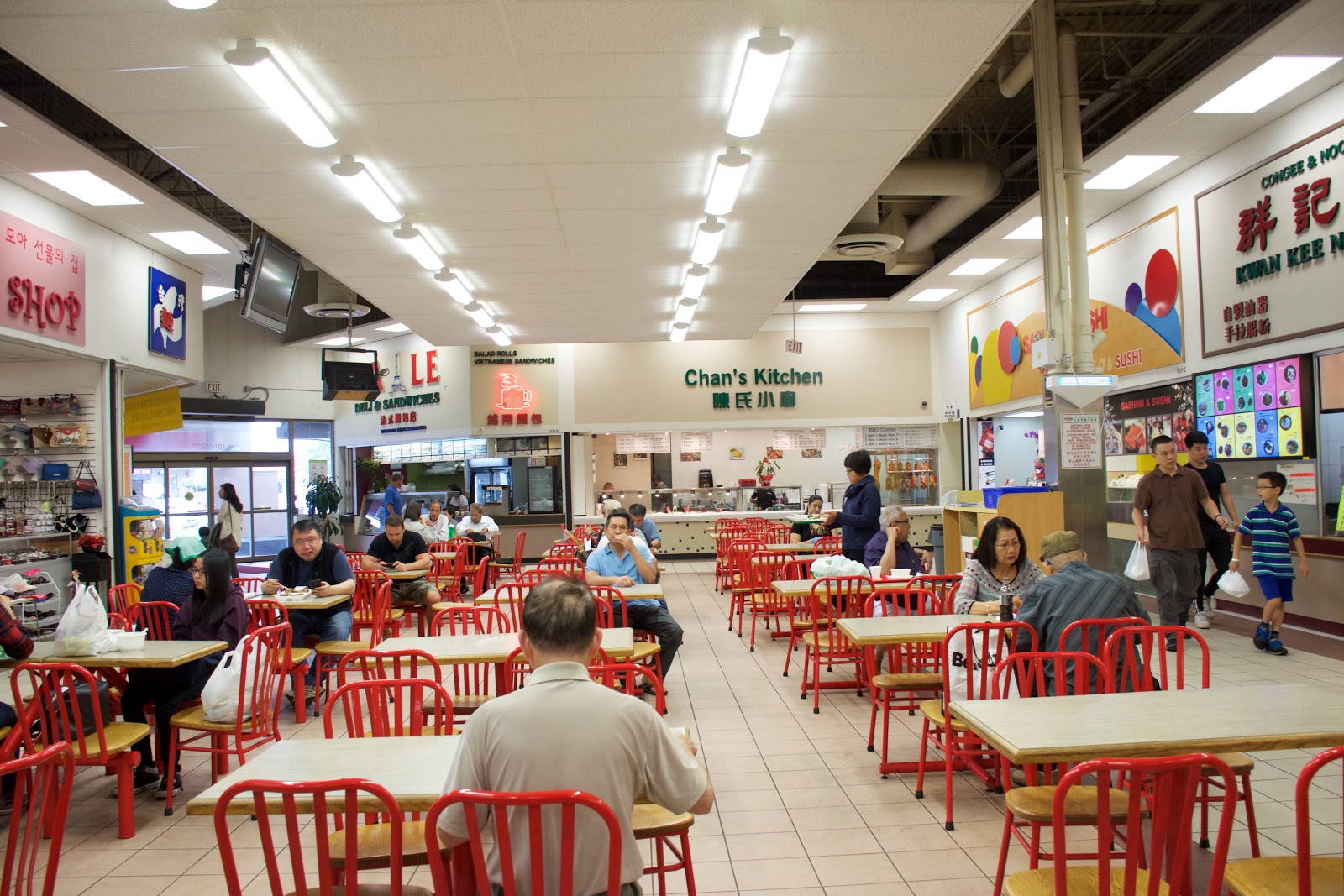 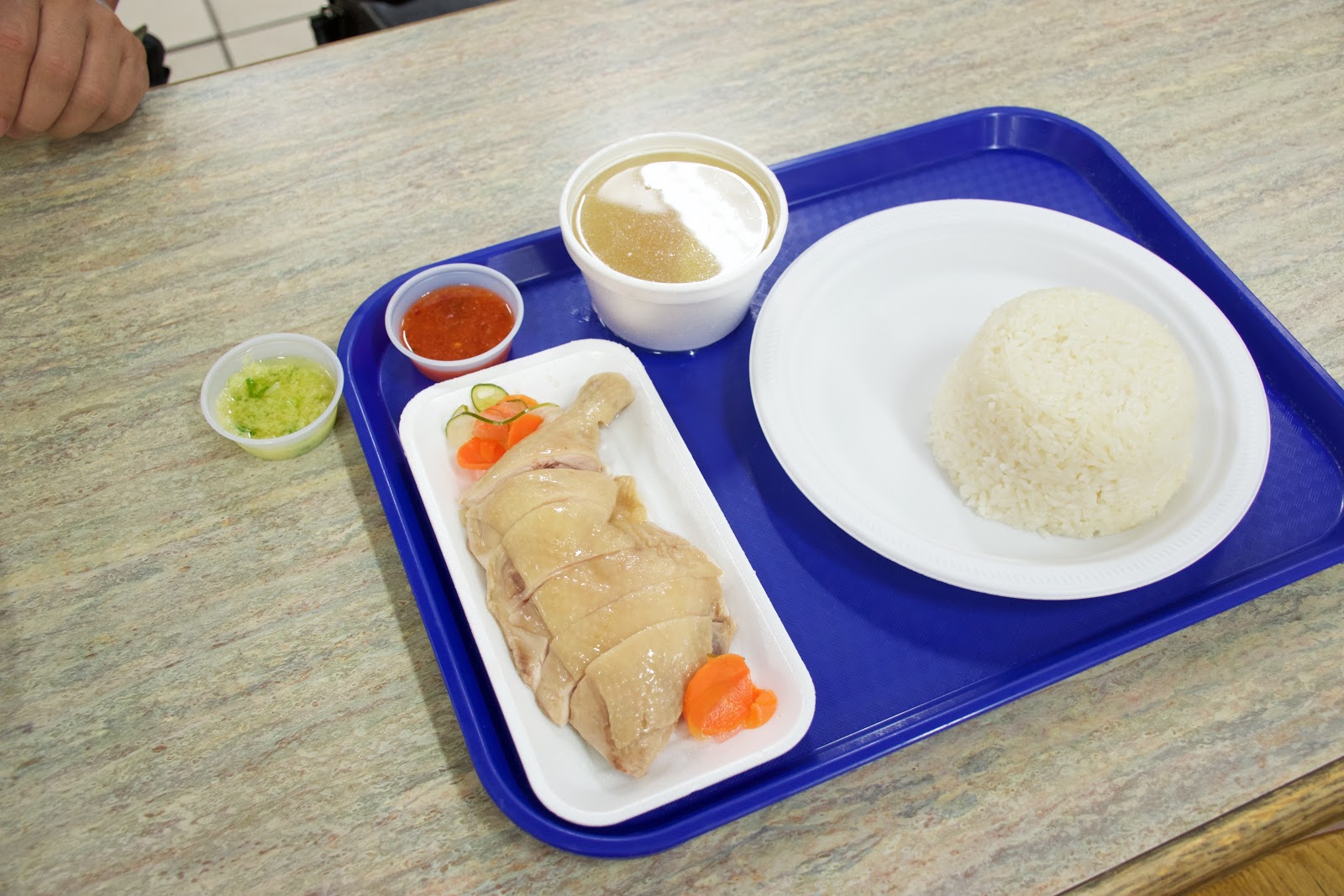 I was SO sad when I finished this, I totally regret not ordering half a chicken!! ;)

SO GOOD!! Their hainanese chicken is definitely restaurant worthy. It's amazingly silky, tender and the meat is so soft it falls off the bone! The chicken is super flavourful and fragrant, you don't even need any dipping sauce! The oil rice that comes on the side is quite nice and the portion size is pretty generous! It's really fragrant from the chicken oil - it's not too oily and goes perfectly with the chicken! I could easily eat bowls of that stuff! The soup was surprisingly decent, it tasted like chicken soup and it wasn't too salty! :D 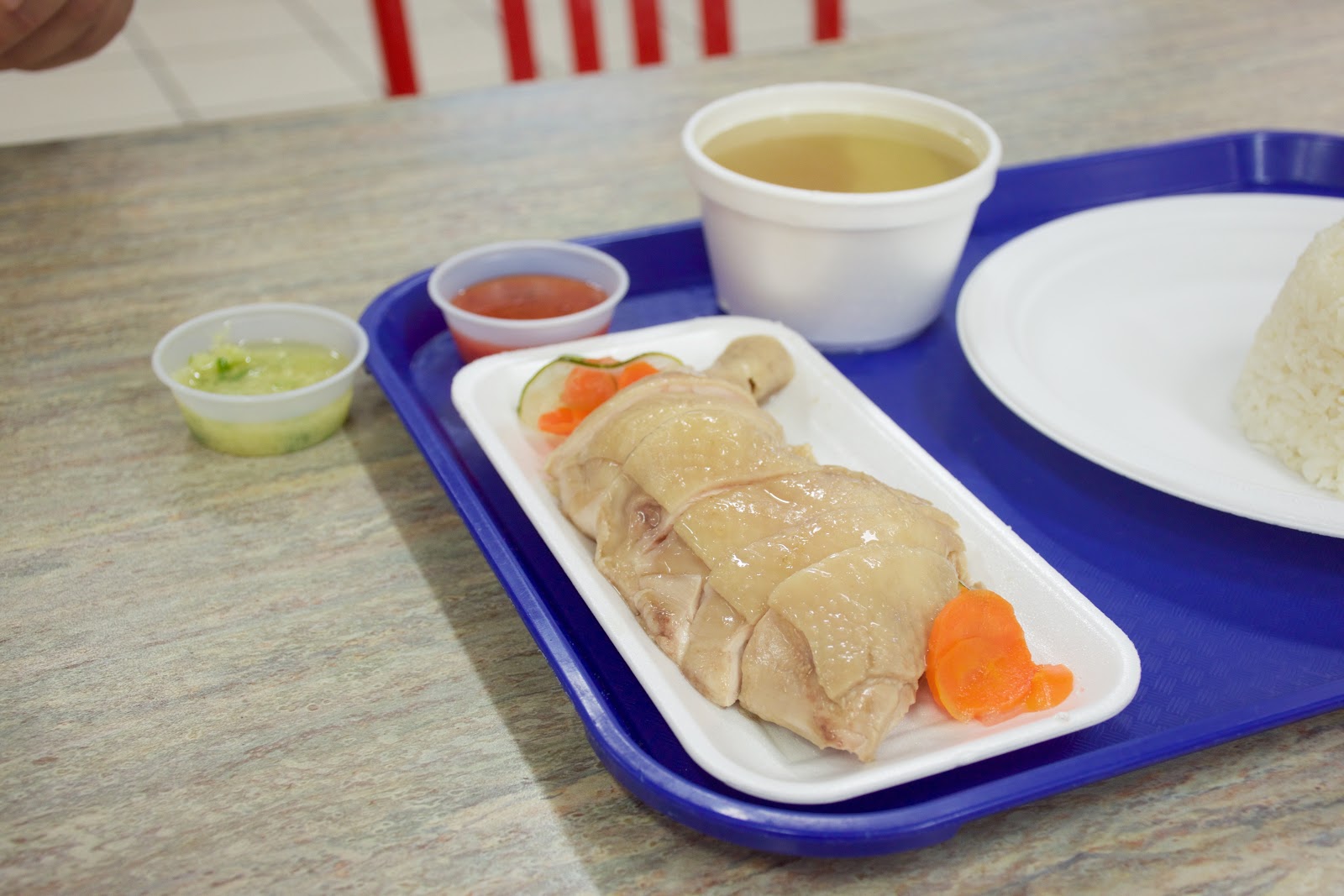 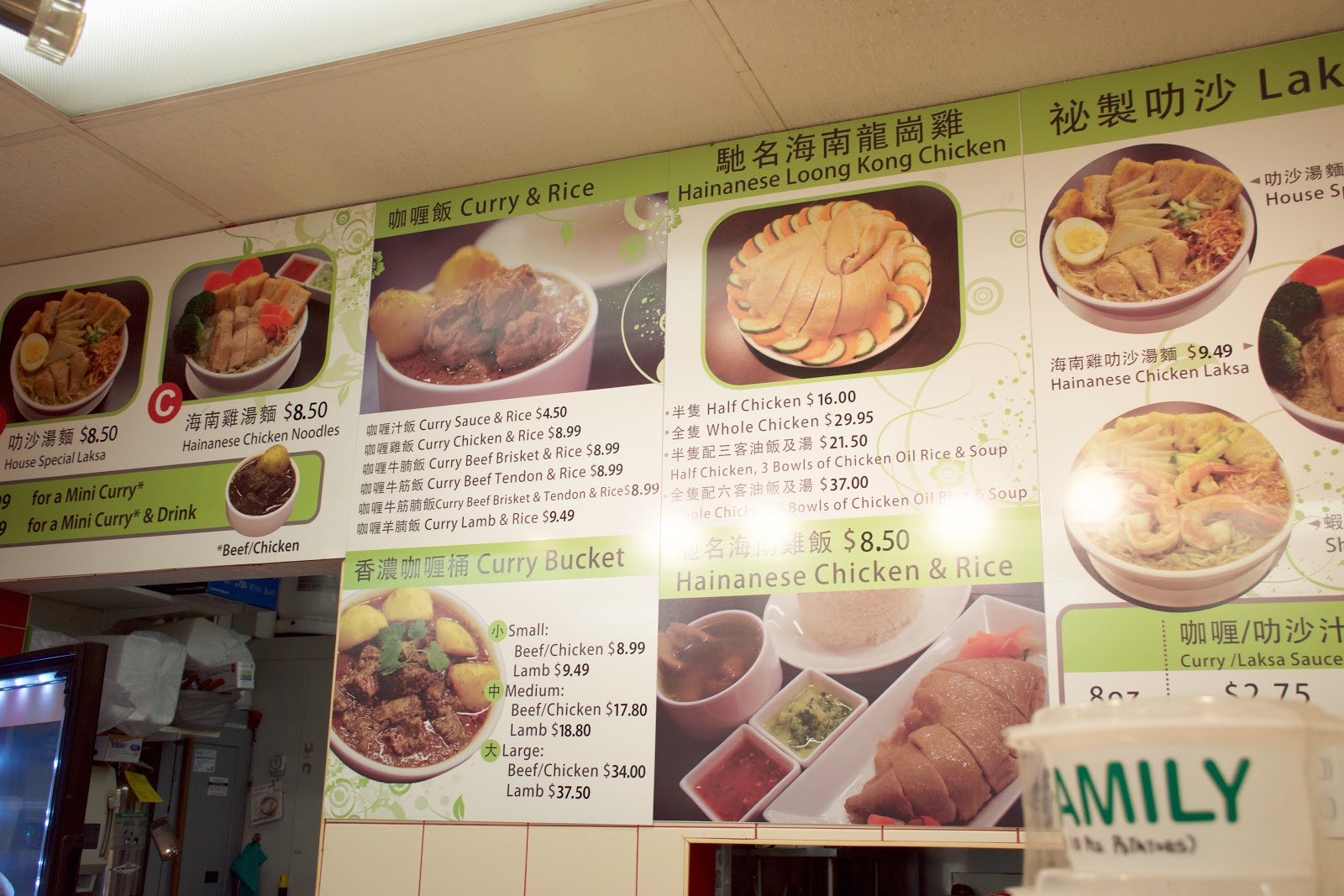 Would ordering an entire chicken be socially acceptable? ;)