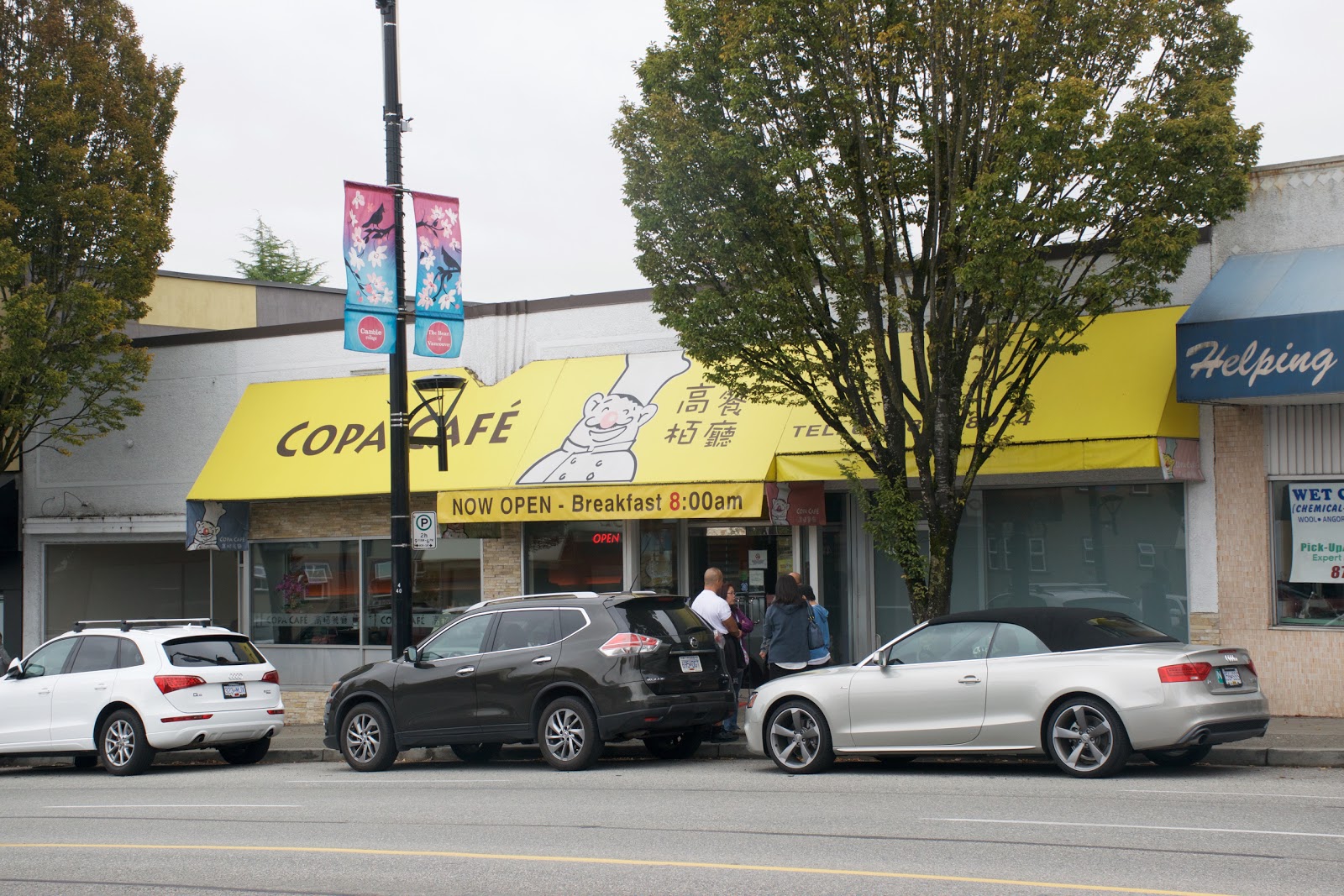 So school started on Tuesday. *cue the moans* I really hate having to get up so early because on Tues & Thurs, my class starts at 9:30. And then there's the dreadful morning commute. I really wished I lived on campus. But then again, I would rather put that money towards food heheh.

One of my classes start at 3 pm, so before class, I went to Copa Cafe for lunch! I took the Canada line from Broadway to King Edward - Copa is right across the street from King Edward Station, super convenient!!

On a random note - don't you guys find it awkward when old ladies stare at you when you're eating? ;D The entire time I was at Copa, an old lady kept staring at me while I was chewing on my cheong fun. And she wasn't just staring, it was like she was *intensely* observing. Which I thought was hilarious.

Copa Cafe has 3 locations, one in West Van, Richmond, and Coquitlam! Their menu is pretty typical of an HK Cafe, but I love how their menu is visually laid out!! I always love looking at pictures, because you can get a rough idea of what your food's going to look like! They have mini set meals, but they also have larger sizes on their regular menu for a few dollars more!! The larger sizes are definitely a better deal because they're literally 3 times the size of a mini sized meal. Perfect for sharing or for people with bigger appetites (like me)

While I was there I noticed that they were advertising their "Copa Card" on each of their tables. It costs $10 annually, but you get $10 in store credit and 5% off each time! Which is a pretty good deal imo. I might consider signing up for one!! ;D As per most HK cafes, the food comes out really quickly, but it takes really long for them to give you back your change, so you have to flag them down. 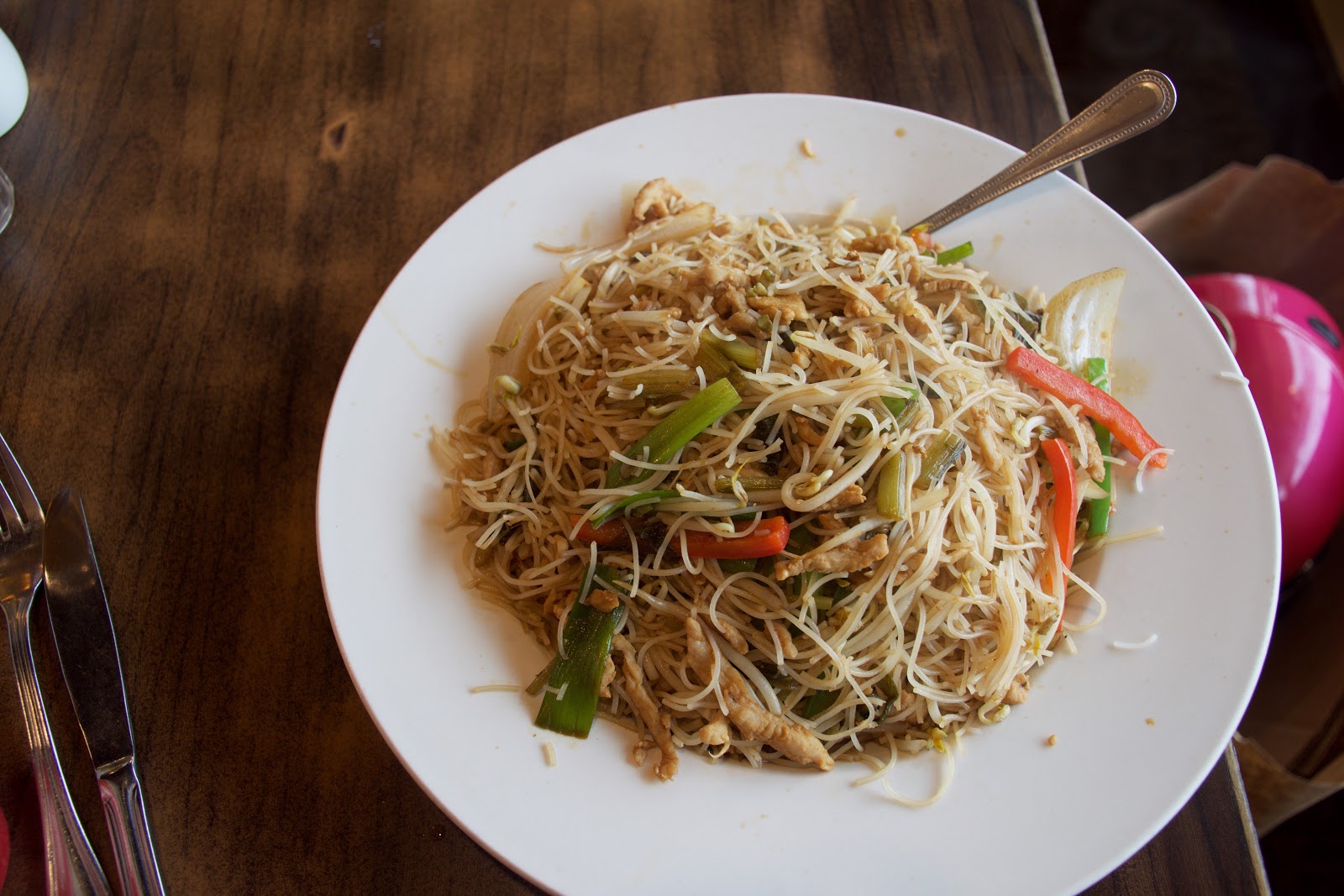 I honestly can't remember the last time I ordered stir fried chinese vermicelli at a restaurant. It's been ages!! This version was just okay. They cut up the vermicelli so it was in pieces instead of strands, which I found a bit odd. Flavour wise, it was light, with hits of preserved vegetables. It wasn't too greasy though so I had no trouble finishing the entire thing! :) 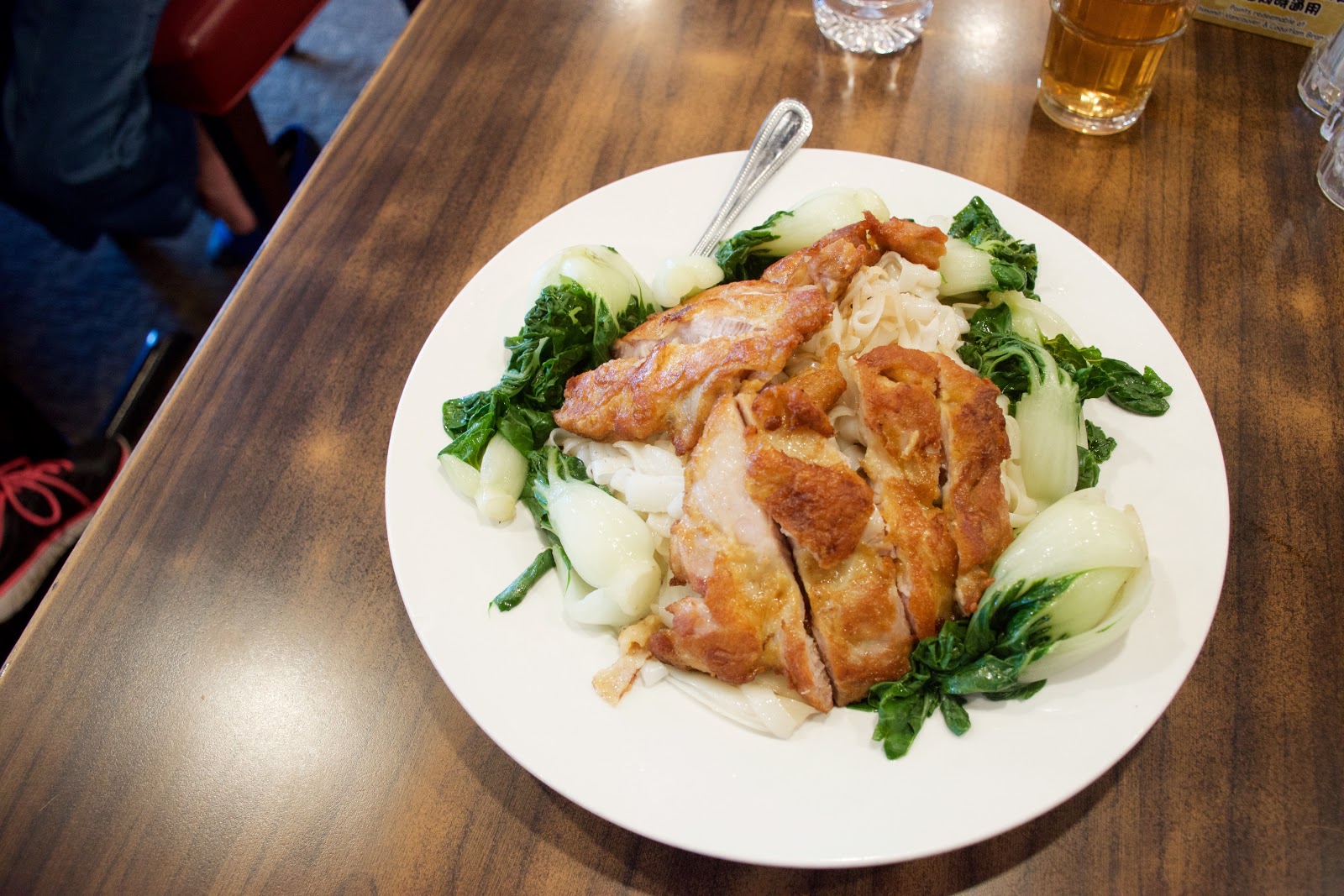 This dish was an unexpected hit!! It sounds really simple, but it was really well executed!! The chicken was super tender, moist and juicy!! The skin was delicious, juicy, fragrant and a bit charred on the outside. Hidden underneath was a generously sized portion of bouncy, perfectly cooked cheong fun! The cheong fun exhibited a ton of wok hey, so there was no absence of flavour! I asked for no sauce (because I like drier cheong fun) and it proved to be a smart idea, because it really let the flavours of the wok hey shine though! This dish seems to be really popular because I saw a ton of people ordering it ! I would actually consider ordering this again!! :D