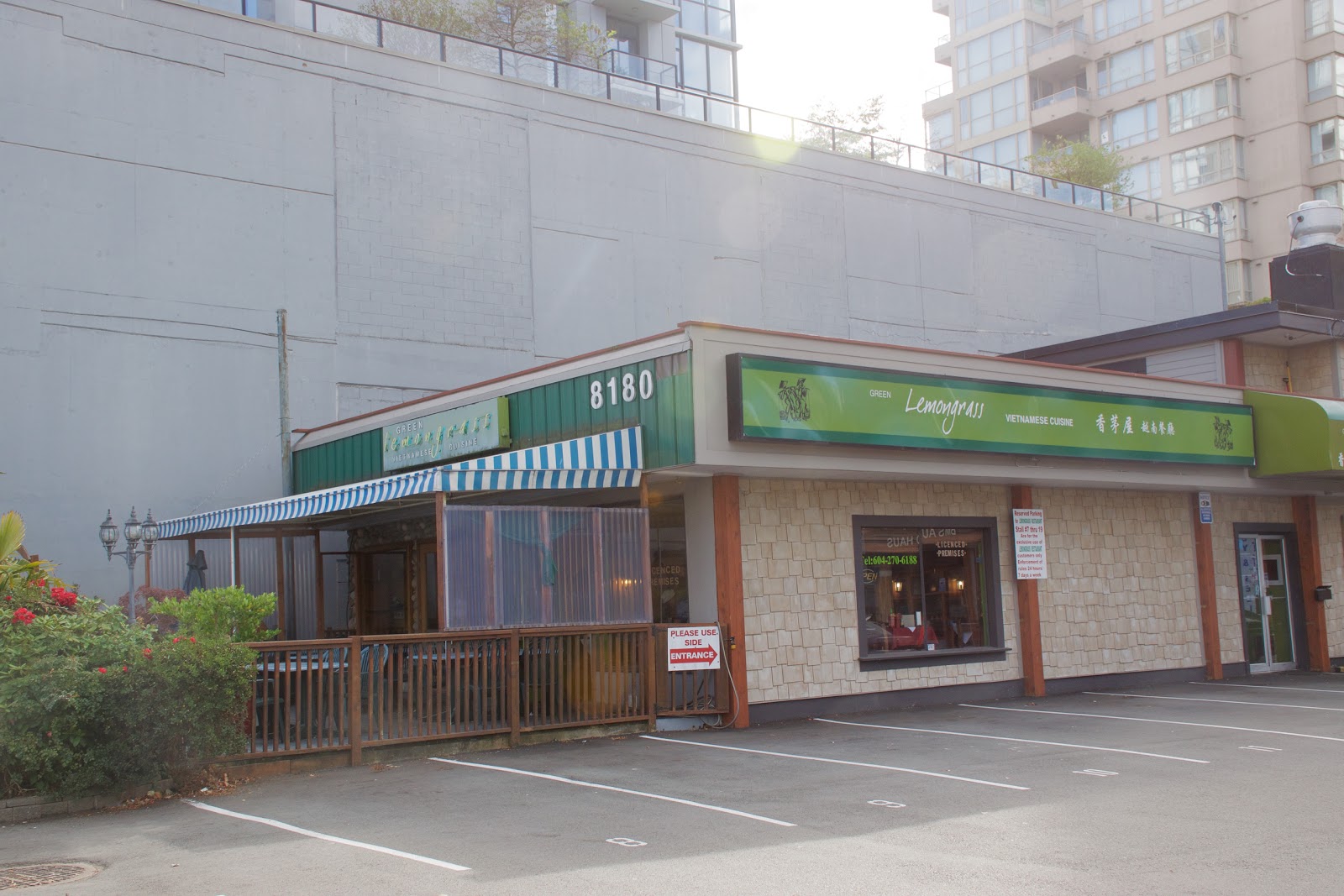 So the next day, I was off - in search of some LC!! I was craving lemongrass, so Green Lemongrass sounded appropriate enough! Someone told me about this place a while back, so I decided to make the trek out to Westminster Highway to satisfy those cravings!

I arrived 15 mins early, so I had to wait outside in the freezing cold. The things I'll do for food. The manager greeted me warmly and I got to choose my own seat, so I went with the one beside the window, for better lighting :D I was surprised by how cool the interior was! Plus, they had a patio: a rarity for Vietnamese restaurants!!

In the end I didn't end up ordering the lemongrass chicken - after seeing that they had lemongrass short ribs, I just couldn't pass it up (ribs over chicken any day!) Plus, the short ribs appetizer is like $7 on its own!

After finishing my short ribs I was still hungry (typical) so I ordered some nem nuong!! I lovee nem nuong, it's my second favourite thing to order at Vietnamese places, after lemongrass chicken!! Then I realized that I was out of rice...so I got another bowl of rice to go with my skewers!! What's meat without a bowl of white rice? ;)

The young waitress who served me was really polite, and she was multilingual!! During my meal, she spoke to customers in Mandarin, Cantonese, Vietnamese, and English!! 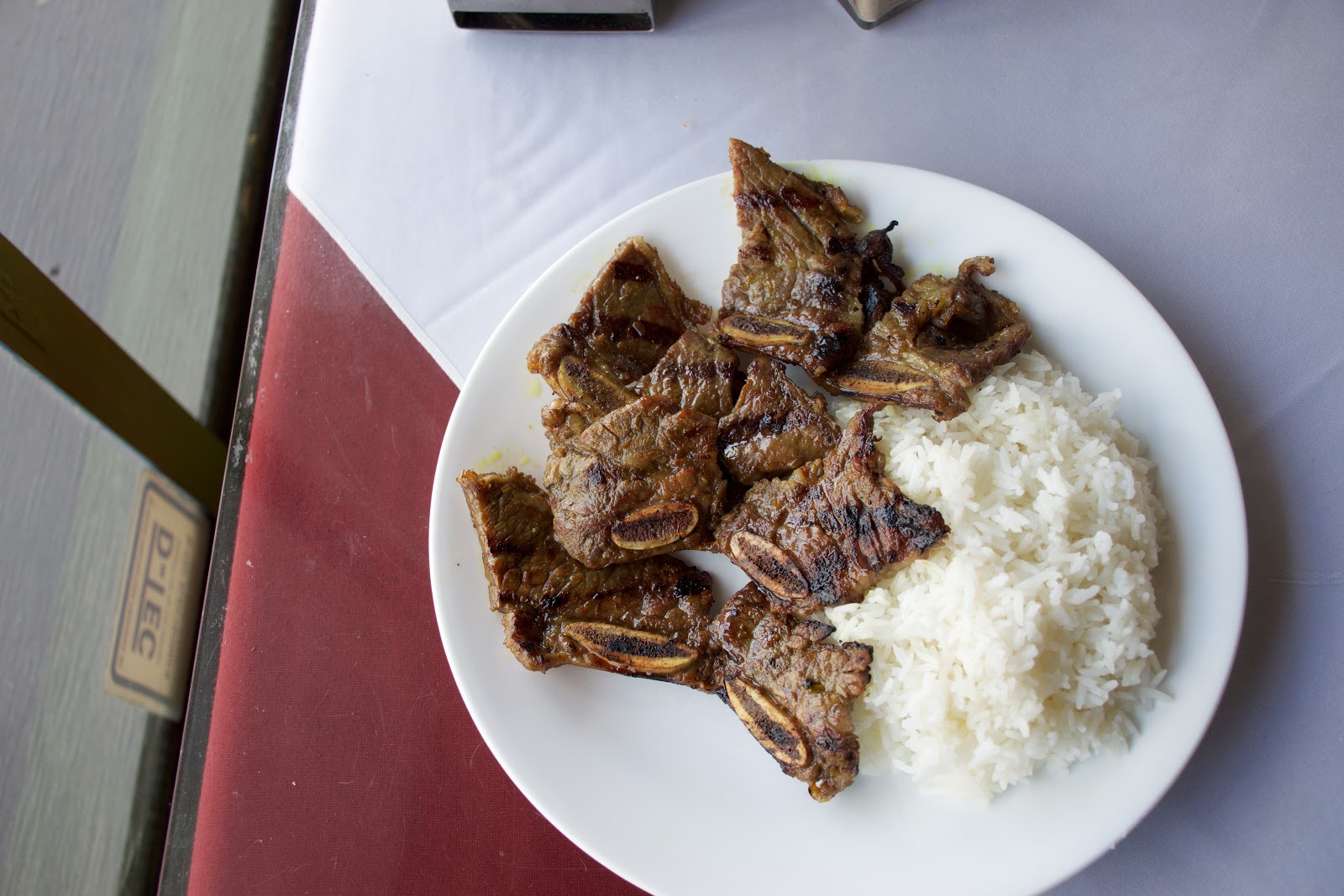 This was quite a large portion! The ribs were a bit too chewy,  but it was really flavourful! The ribs were semi moist and a bit charred on top. The rice was pretty good, the grains were separated and fluffy! The oil on the bottom of the meat was bright yellow, probably due to the spices they used! 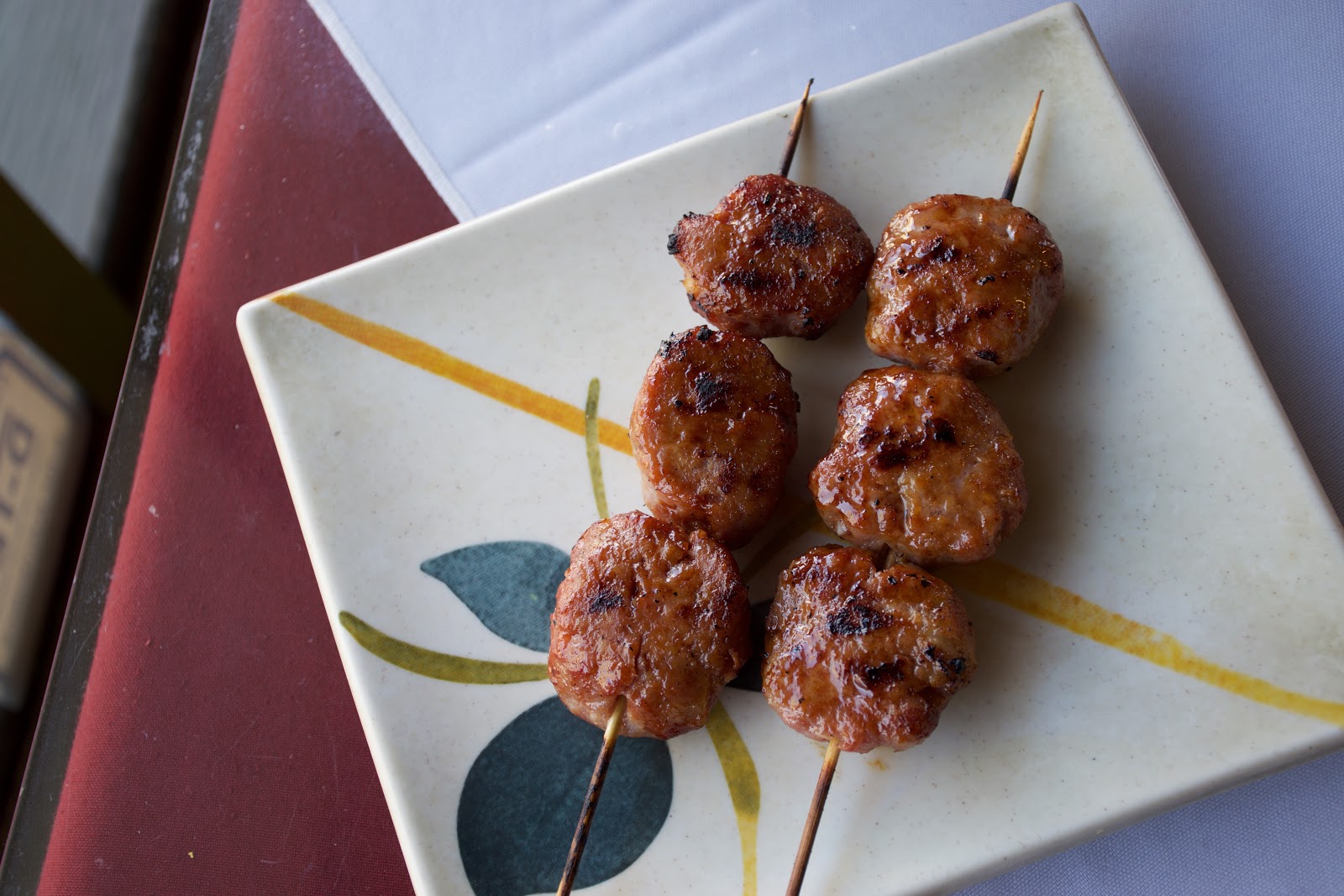 A bit pricey at almost $7 for two skewers of meat! It was decent though. The pork patty was really moist and juicy, but it was lacking in flavour. It wasn't sweet or salty enough. It did taste a bit smokey from the charring on the outside though! 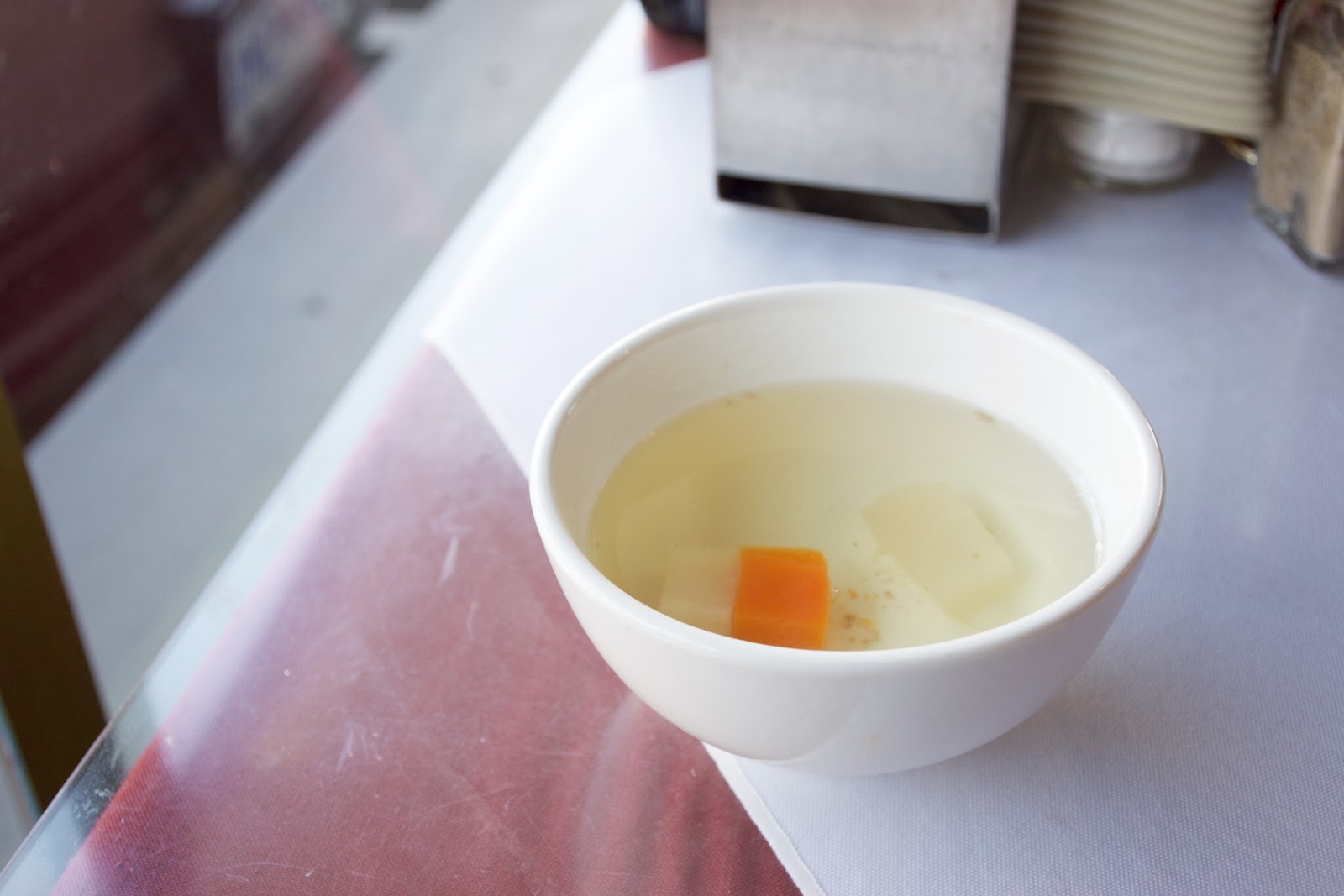 The lemongrass chicken also came with some vegetable soup!! :D 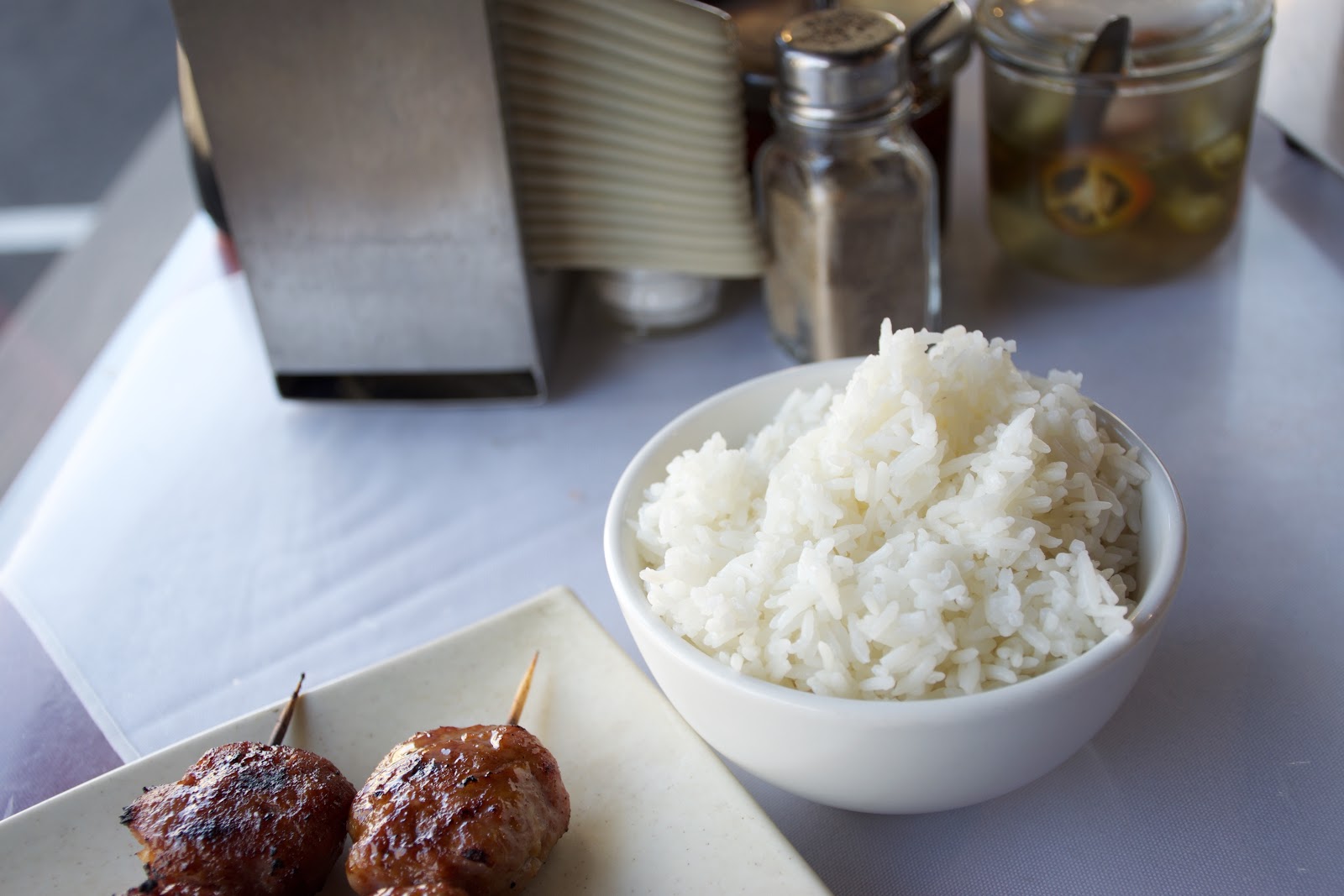 What would lunch be without an extra bowl of rice, right? ;) 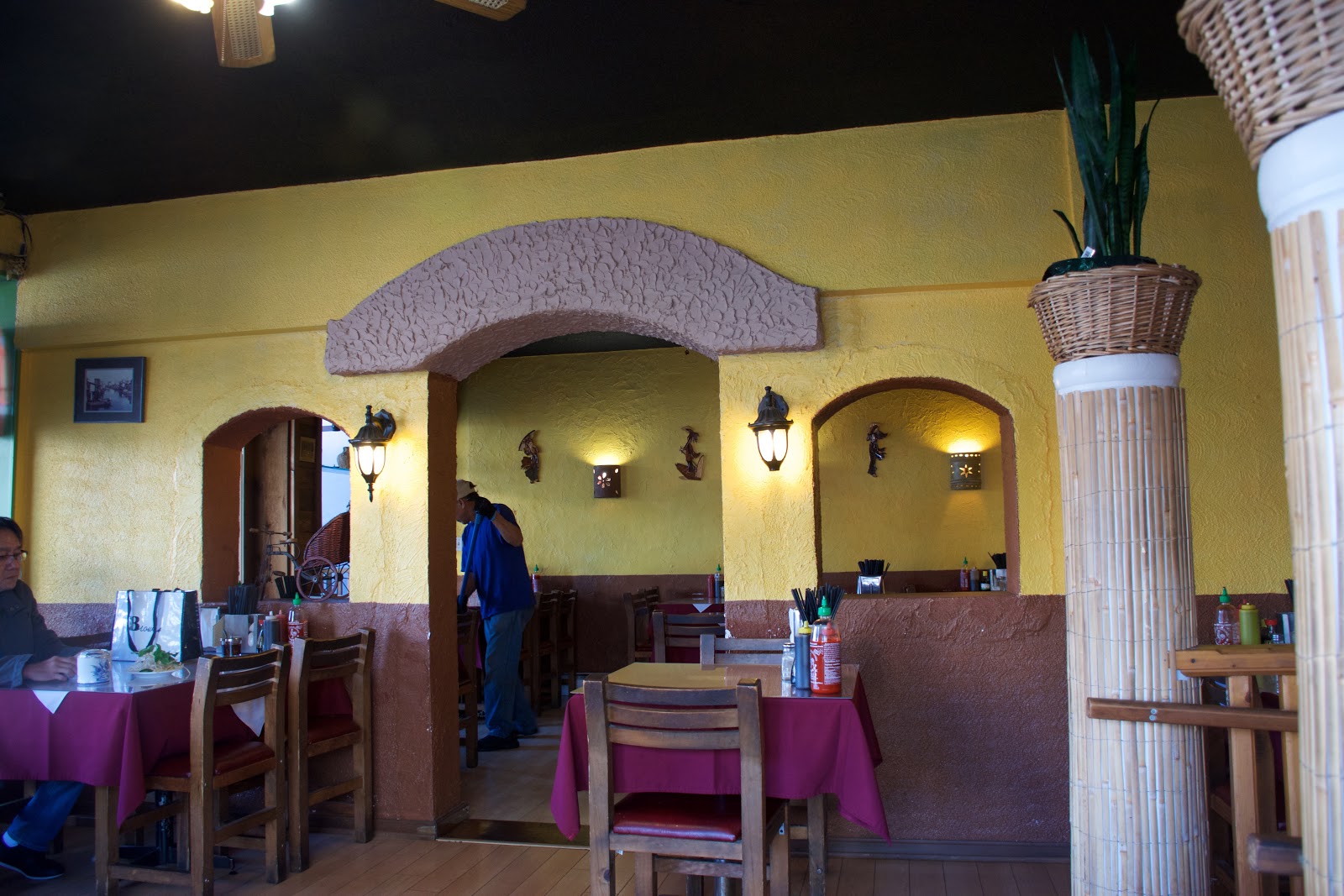 Quite unique for a Vietnamese restaurant, dontcha think?