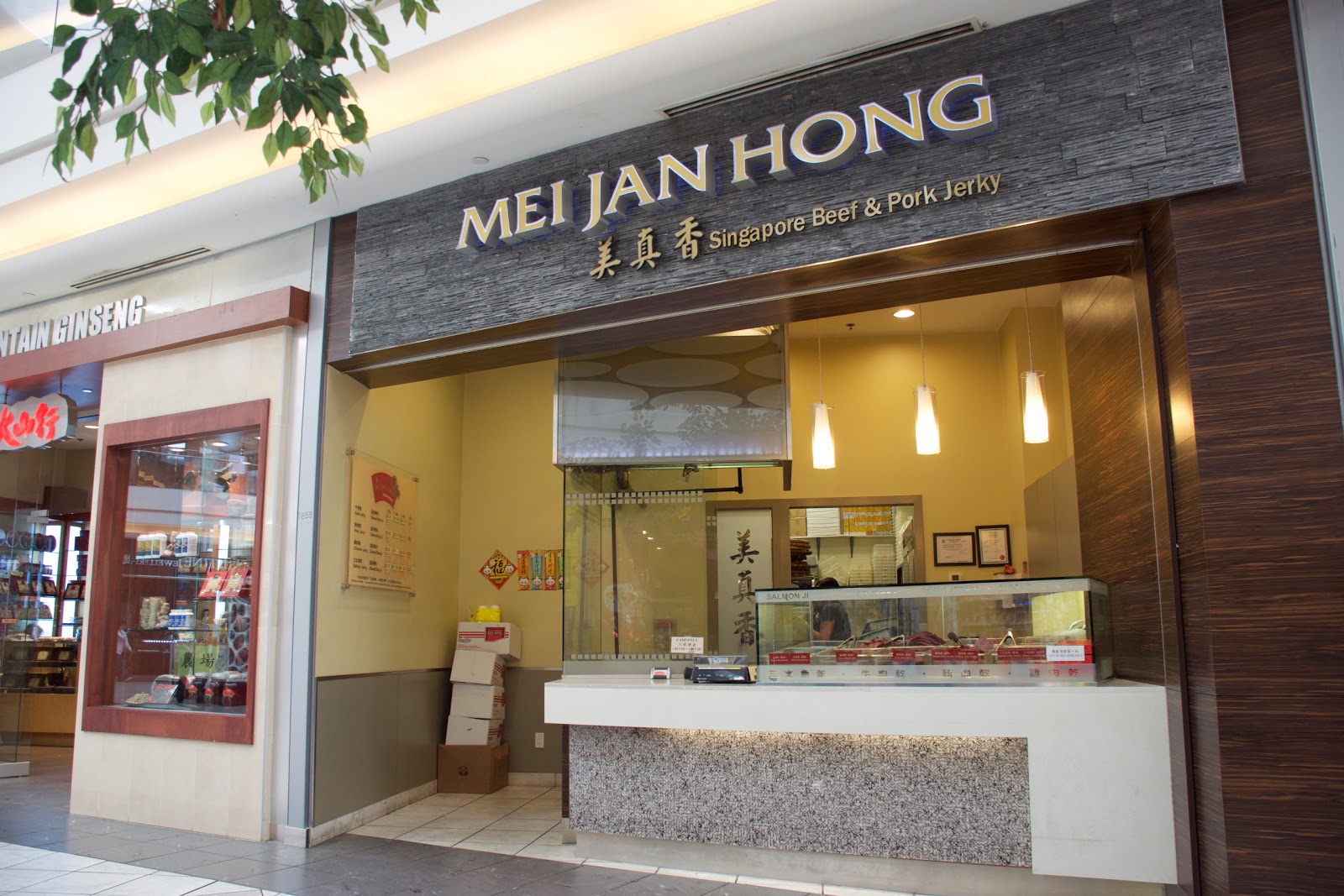 So I went to Dinesty for lunch again yesterday...and the day before! And it was pretty fab. Blog post coming soon ~

As soon as I walked into Dinesty the girl recognized me and she was like "There's a 1.5 hour time limit on weekends so you can't sit for so long this time!" Well, clearly I eat too slowly ;) I was planning on ordering more dishes, but didn't want to hold up a table!

So after lunch I was still hungry (typical Selina) so I walked around Aberdeen looking for more eats. I went into H mart to look at their prepared food section and their food court, but nothing really caught my fancy. By then I was feeling really thirsty so I went to the food court to buy myself a drink! On my way to the food court I passed Mei Jan Hong - and their pork jerky looked too enticing to pass up. So I got some! And dangg, was it ever pricey! I bought 2 slices of jerky and the total was $7! $7! Okay, I get that it's quality jerky, but not going to lie, I died a little bit inside. Well...at least the jerky was good :D

Wow - I can't remember the last time I had chinese jerky! It's been ages. My mom use to buy packaged beef jerky from T&T all the time when I was younger. From what I remember, it was pretty decent! Semi - dryish but flavour wise, pretty good!

Mei Jan Hong sells authentic homemade Singaporean style jerky. They have a ton of different kinds, beef, pork, chicken, even salmon! They also have sweet/spicy versions of each type! They pride themselves on not adding any msg or additives! It can get a bit pricey though, since they sell by weight!

In other random news: I noticed a new stall in the Aberdeen food court! They haven't opened yet, but it's going to be a Vietnamese stall! Yayy, I can't wait!! Aberdeen doesn't have any Vietnamese food, not since Green Basil left 2 years ago! I also noticed that Lung Kee (the congee stall) moved spots, they took over Shanghai Gourmet's stall (beside Mambo Cafe!)

I literally squatted on the floor to take these photos. I was squatting beside Sura and Hmart, with my dslr pointed at a piece of jerky. It's understandable why some people don't want to be seen with me in public ;) 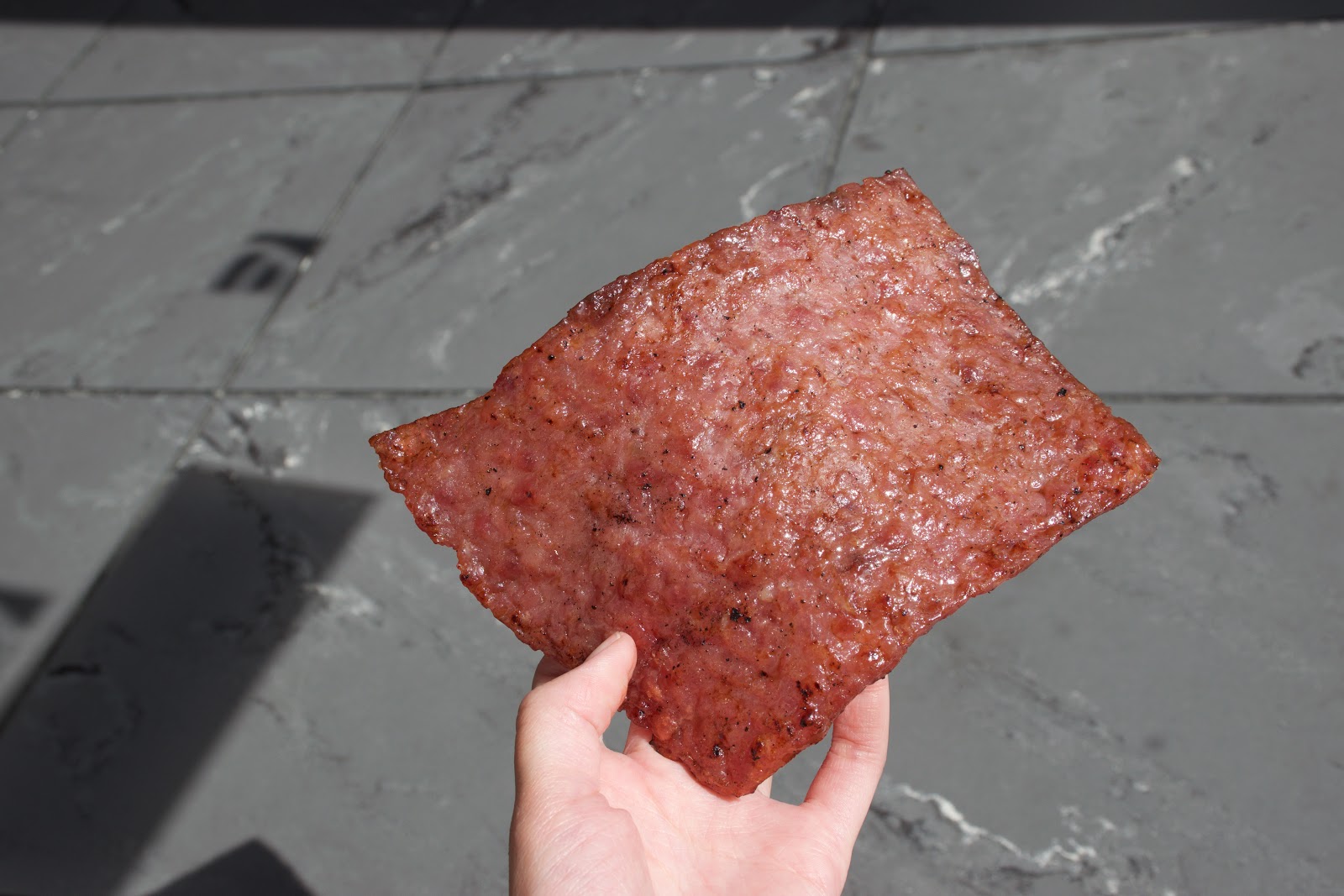 The texture of this was awesome!! One of the softest/moist jerky I've ever tried! (but then again I haven't eaten a lot of jerky in my life.) I can never go back to packaged jerky now ;)

Flavour wise it was pretty nice, it had a subtle smoked aroma that was balanced out with a good amount of sweetness. Not overly flavourful, but it's not meant to be, because they don't add any msg! This was a pretty sizeable piece, enough to share! 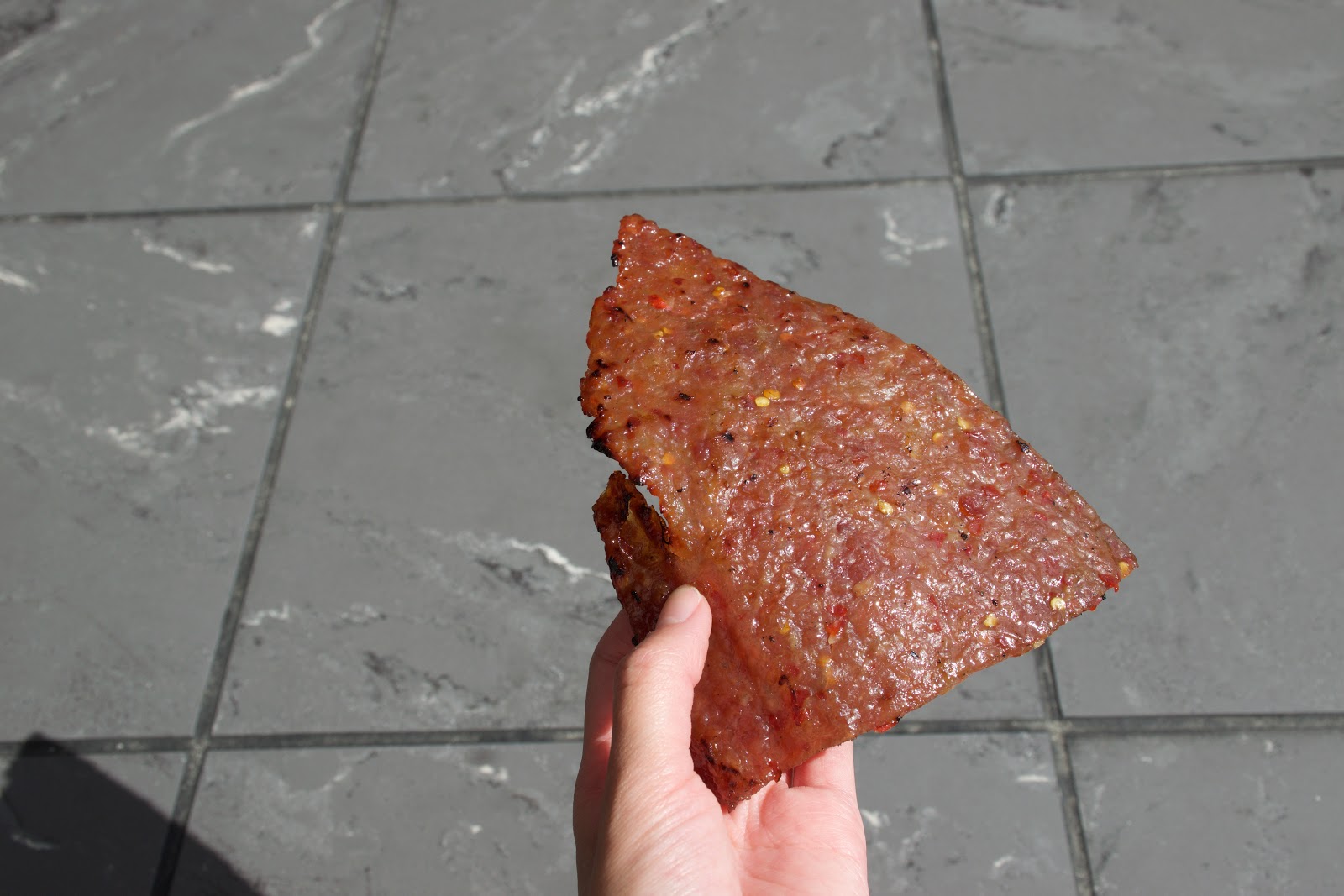 The texture of this was just as soft as the pork version! The only difference is that this one is embedded with spicy peppercorn flakes! However, I didn't find it to be all that spicy! It was only mildly spicy with a hint of heat at the end. It was also a bit charred around the edges! 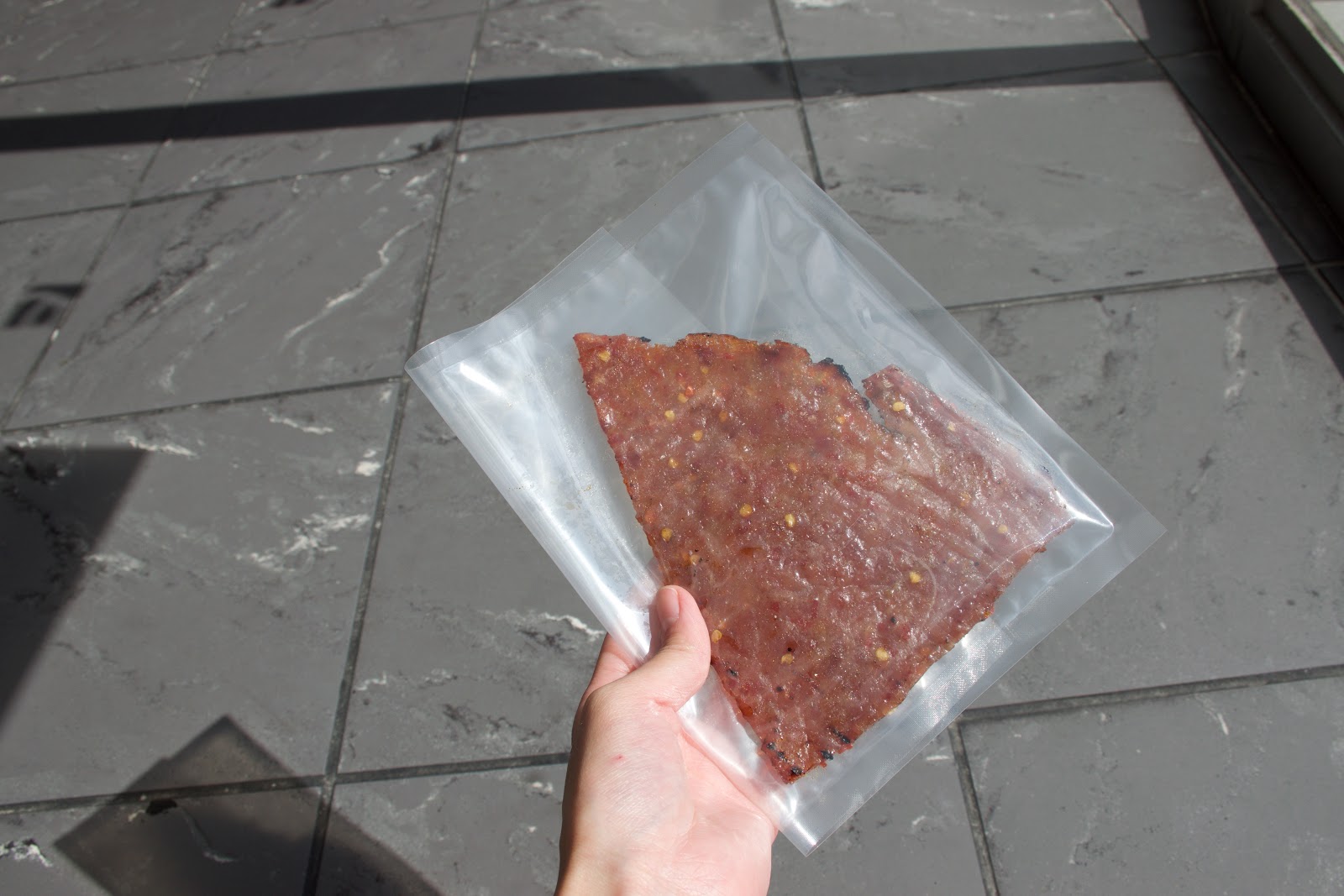 They sell by weight and they package the jerky in plastic baggies! 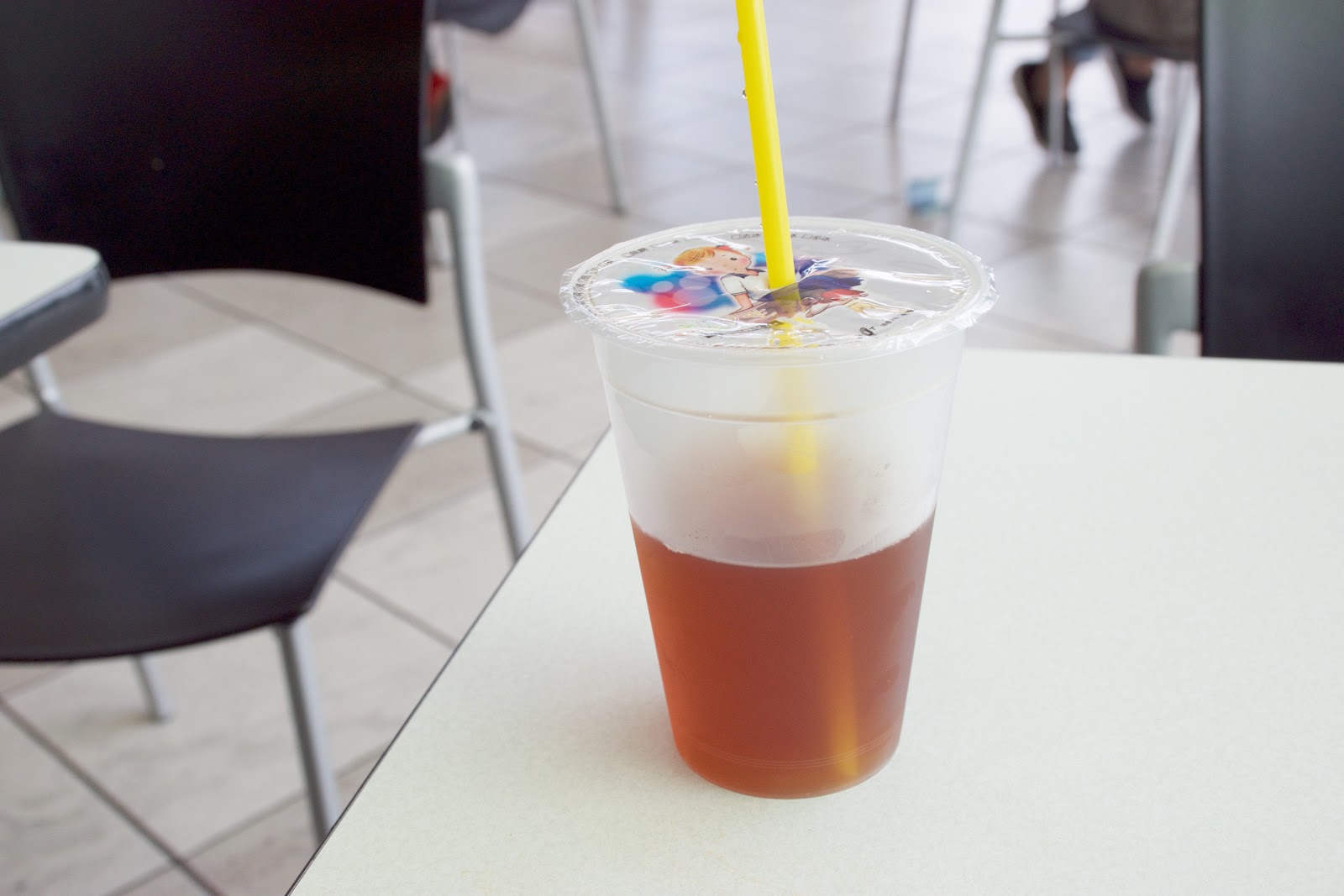 I also got some wintermelon tea from Strike in the food court to wash down all that jerky!! I loveee wintermelon tea. It will forever be a perennial favourite of mine. This version was decent, but it can't really compare to the ones in Taiwan!! I asked them if it was homemade, and they said that it was! The wintermelon flavour was strong and I like how they don't add ice in it so it doesn't taste watered down!