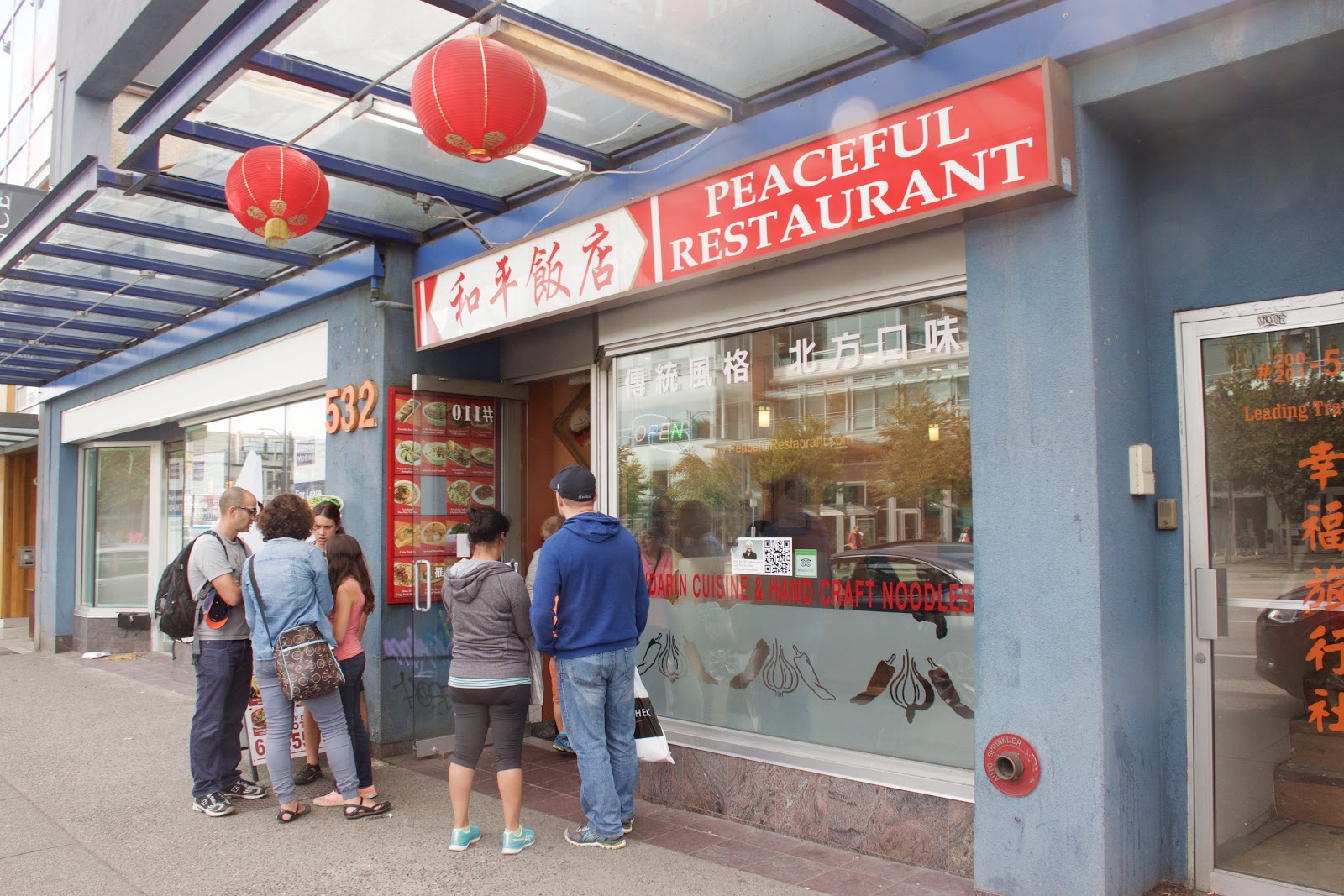 I can't believe it took me this long to try Peaceful!! I go to Whole Foods (which is right across the street) every other week, so I really should've tried this place out sooner! So after some morning grocery shopping, I arrived bright and early at 11 am and I got a table without having to wait in line!! During my meal a huge crowd had already congregated outside!

Okay, you're probably wondering, why didn't you order their famous beef rolls Selina?!! Well, I tried, I really did ;)  I asked the waitress if she could omit the raw cucumbers/green onions in the beef roll (because of my OAS) and she was like "Sorry, it's already premade, so we can't take them out!" I was so bummed. I was really looking forward to trying them, because their beef rolls are supposedly one of the best in the city!!

One thing about Peaceful is that they're not willing to customize orders. I wanted to try their Mu Fu Stir Fried noodles but they're stir fried with eggs, so I asked the waitress if they could omit the eggs, and she said that they couldn't. So I got the eggless Sichuan Stir Fried noodles instead, which is essentially the same thing, except for the fact that the Sichuan version is spicy!

I also wanted to try their red bean pancake (I'm a sucker for anything red bean) for dessert but the waitress said that they don't make them anymore!! I guess it's because not lot of people order it, so they stopped making them!

Omg, have you guys tried their spicy chili oil? I'm pretty sure it's homemade because it tastes nothing like the store bought stuff! It's not that spicy but it's really fragrant and nutty tasting!! I usually never drizzle chilli oil on my food but their version was so good I couldn't resist hehe. Make sure you ask for the "La Yo" because they have two different versions!! :D

Peaceful specializes in Northern style Chinese food, and they're one of the most popular Chinese restaurants in Van! They were even featured on Diner's, Drive Ins, and Dives with Guy Fieri! I use to watch that show all the time in highschool *Brings back so many memories*

Peaceful is famous for their hand made knife slice noodles and their beef rolls!! They have 3  locations now, their original one on Broadway, one in Kits, and another one in East Van! I went to the one on Broadway, which is just a few steps away from the Canada Line! 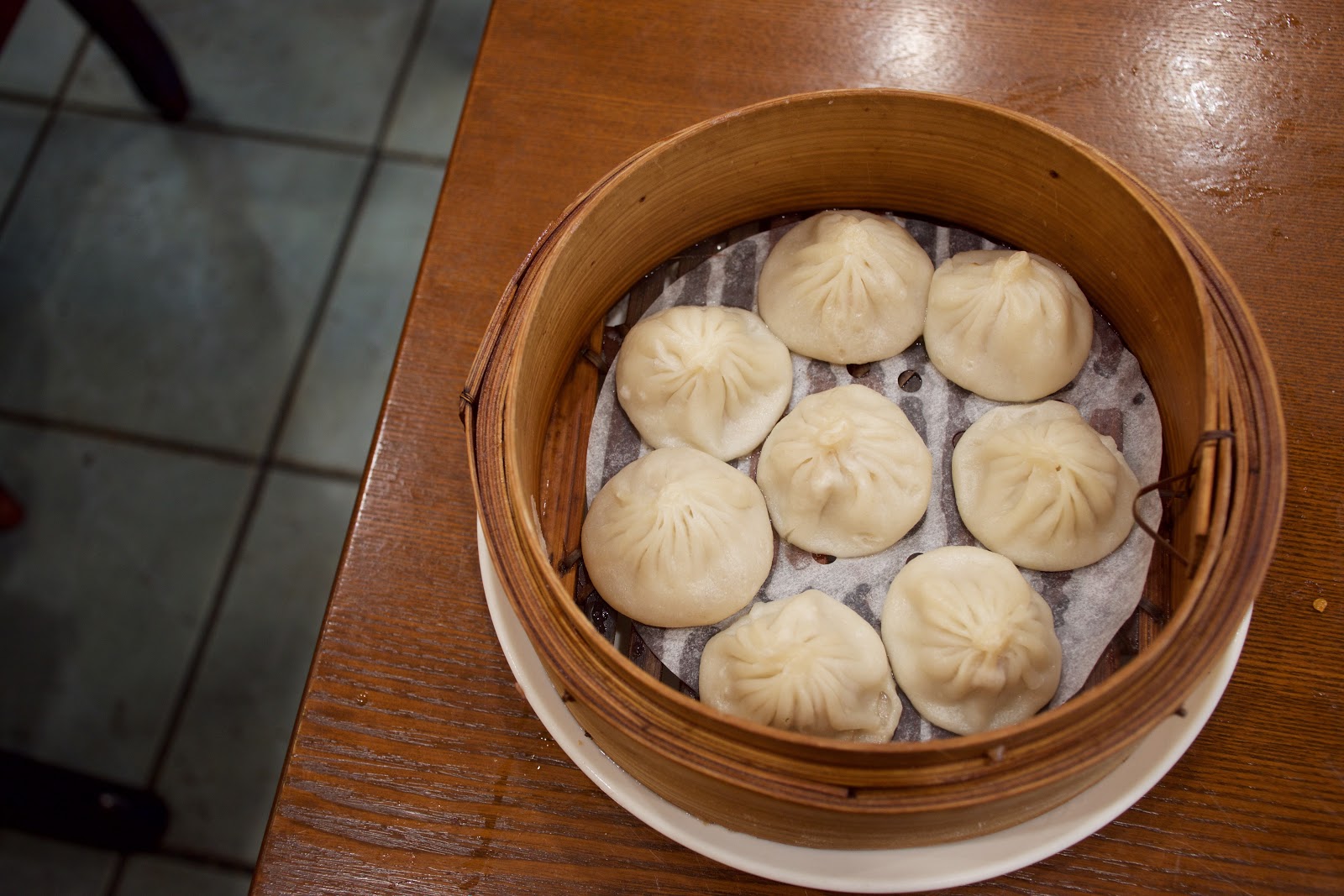 The XLB was just okay. I thought the skin was a bit on the thick side. I guess after having DTF's xlb, nothing can really compare! The pork filling however, was really tender and super juicy! The broth was clean tasting and purposely porky tasting. Not overly flavourful, but that's what the vinegar's for! I also like how they give 8 pieces instead of 6! 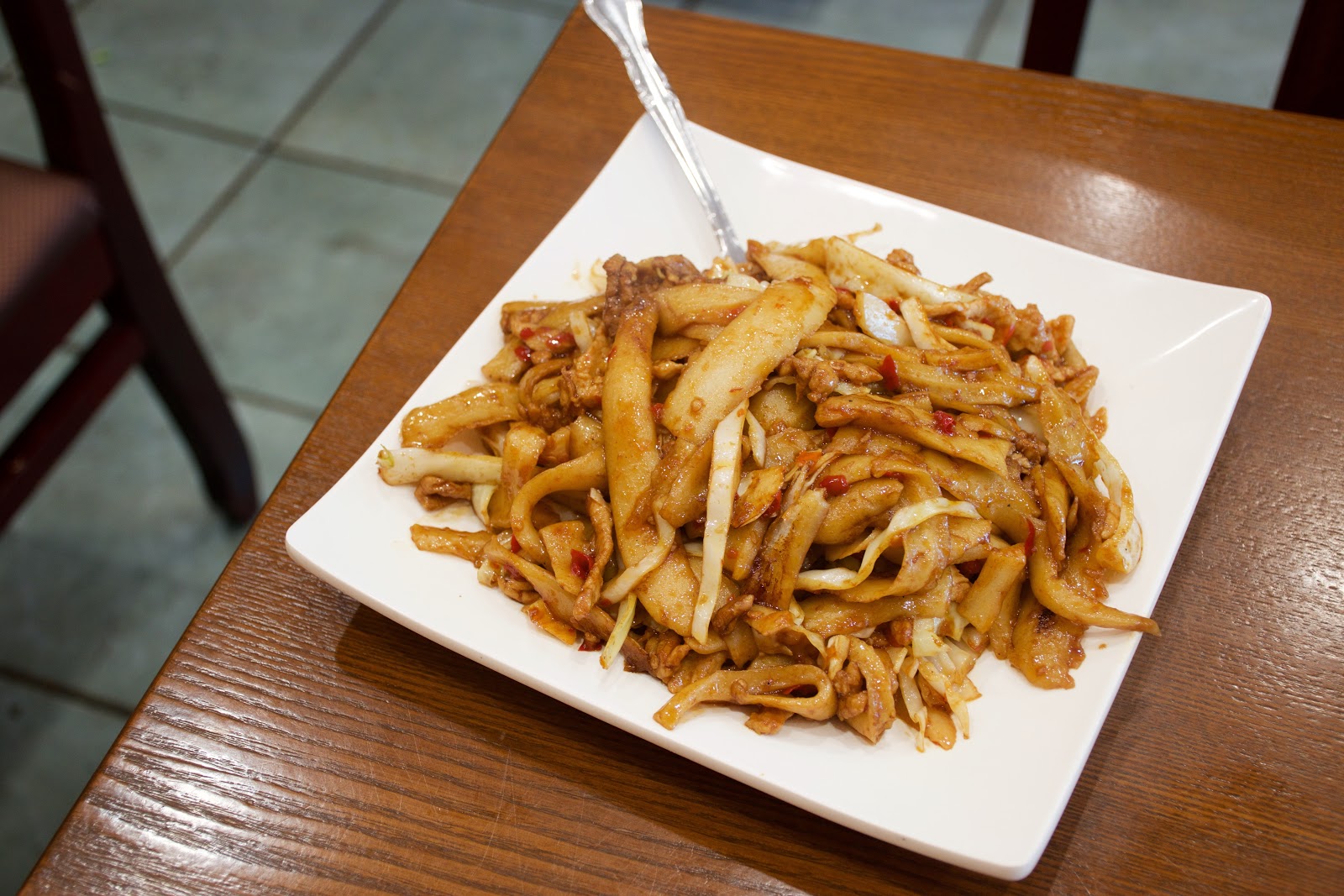 The noodles themselves were solid!! Thick cut, chewy, and cooked perfectly al dente! This was a huge plate, and a lot more filling than I was expecting. Flavour wise however, it fell a little short. The spiciness was very mild. I'm suspecting that they tweak the spiciness level in order to cater to the western palate, because by sichuan standards, this wouldn't be considered spicy at all. Taste wise, it was a bit one note, the mild spiciness was offset by some sour undertones.