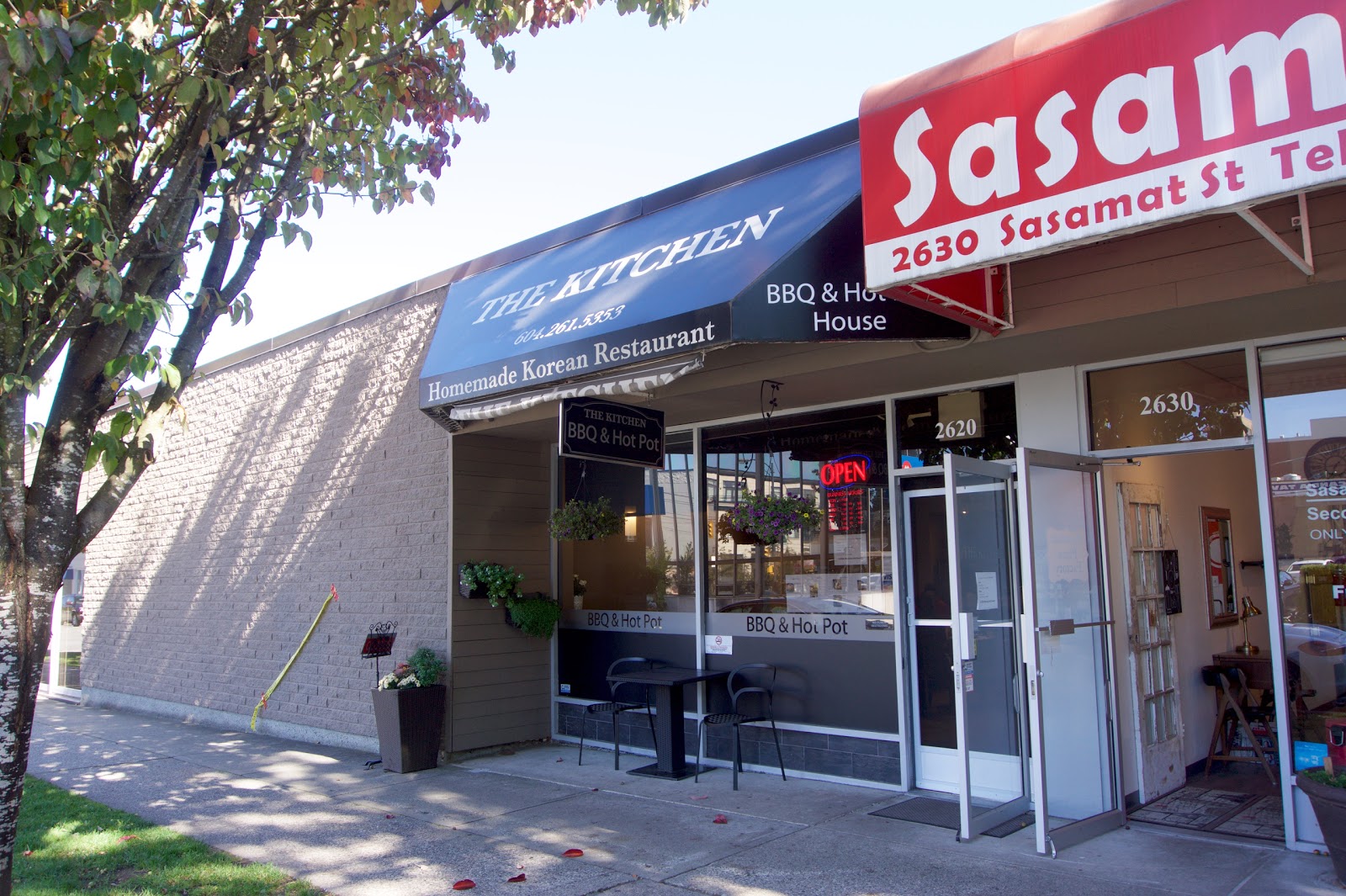 Yippee!! I'm so glad I found an awesome Korean restaurant a few minutes away from UBC!!  Nothing like some good ol' homemade Korean food to fuel you through those lectures! The Kitchen is a gem of a place ~ I love coming to little family restaurants like this!! :D

The Kitchen is a small mom and pop operation, with the daughter taking orders, and the couple cooking up a storm in the back!! During lunch time the place was packed, and there was even a lineup outside!!  I actually just found out about this place 2 weeks ago, it's kind of hidden off to the side, so it's really easy to miss.

Keep in the mind, the portions are smaller than average, even for people with tiny appetites! So be prepared to spend $15 + if you want to get full! The food is a bit pricey, meat dishes start at $12.50 and you have to order rice separately! Which is bad news for someone like me (who eats alot.) Yep, I definitely did some damage that day ;)

But considering the area and the quality, I still think it's worth it! They pride themselves on their msg free, low sodium, made to order dishes! Their menu is pretty small, they have a few meat dishes, a few personal sized soups, and larger hot pots for sharing! 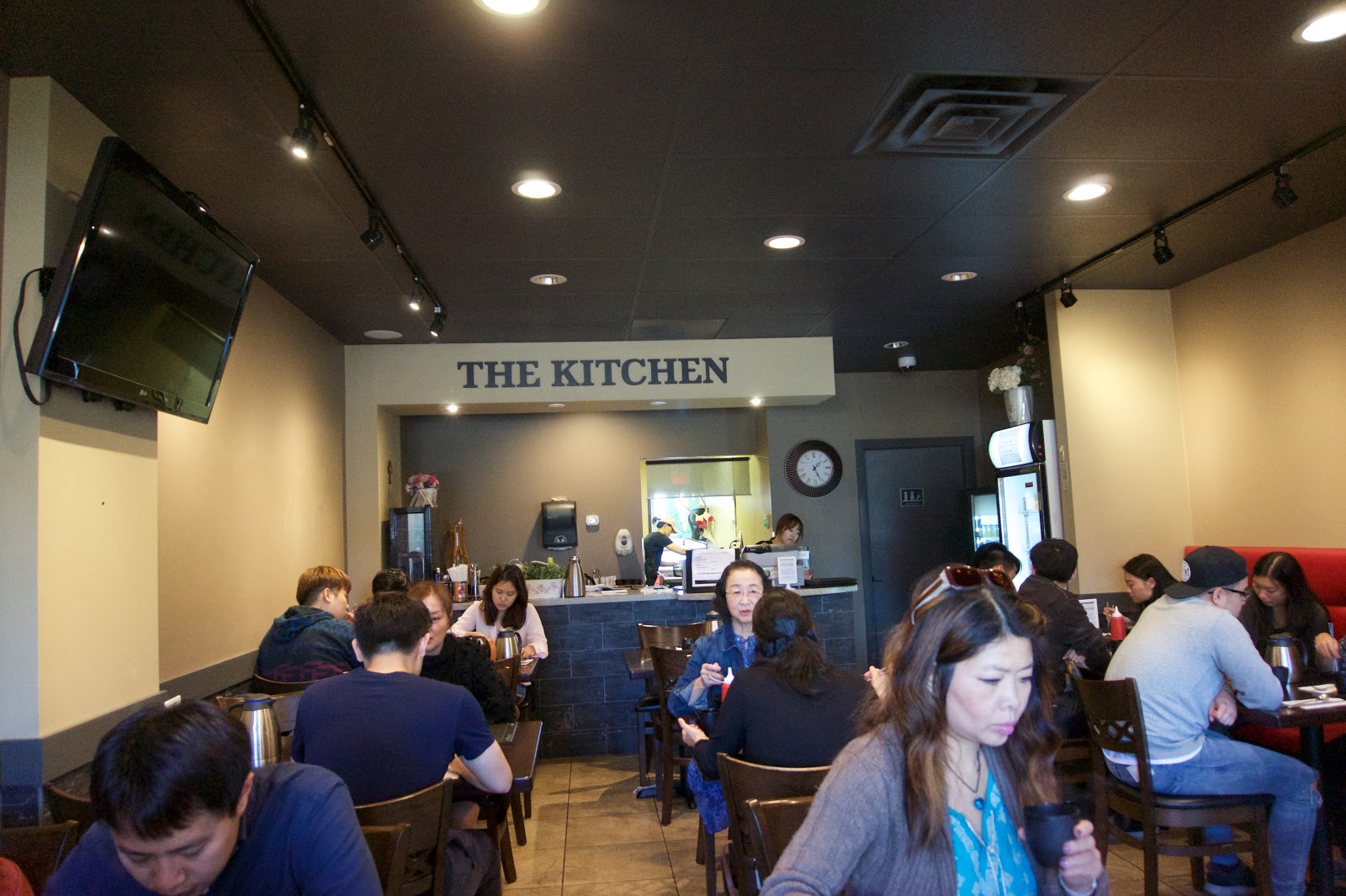 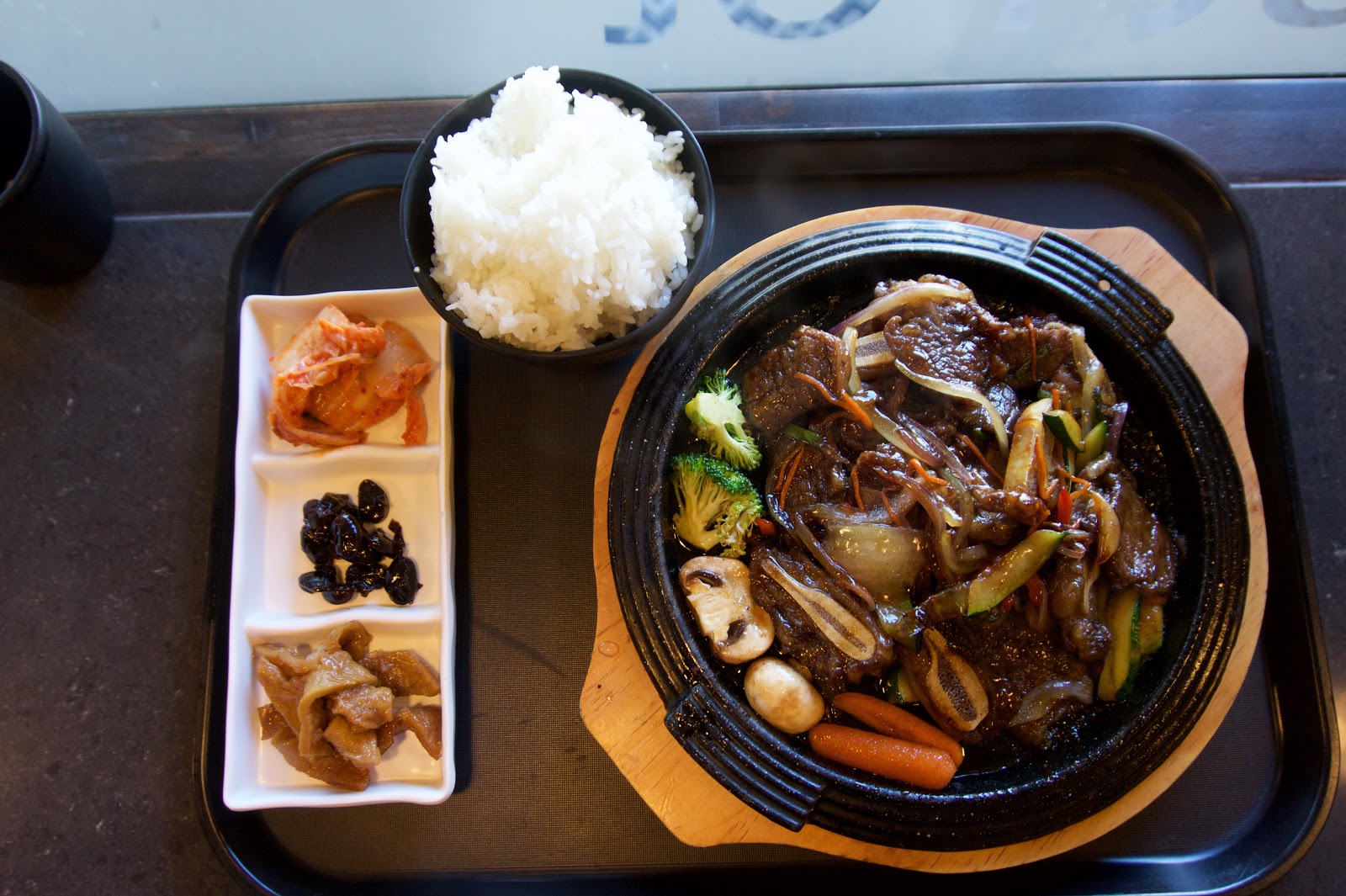 This was delicious! This was pretty pricey though, at $24 it was a lot smaller than I was expecting. I ordered the large size because in other reviews people were saying that the "regular" size was too small!

The ribs were soft, juicy, and really flavourful without being too salty!! The marinade was very savoury, and a bit sweet! The veggies helped balanced everything out and added some textural interest! The combo also came with some banchan: fish cakes, kimchi, and black beans!!

The rice didn't come with the combo, I had to order it separately! Kind of steep at almost $24 for a meal, but hey, at least it was good!! 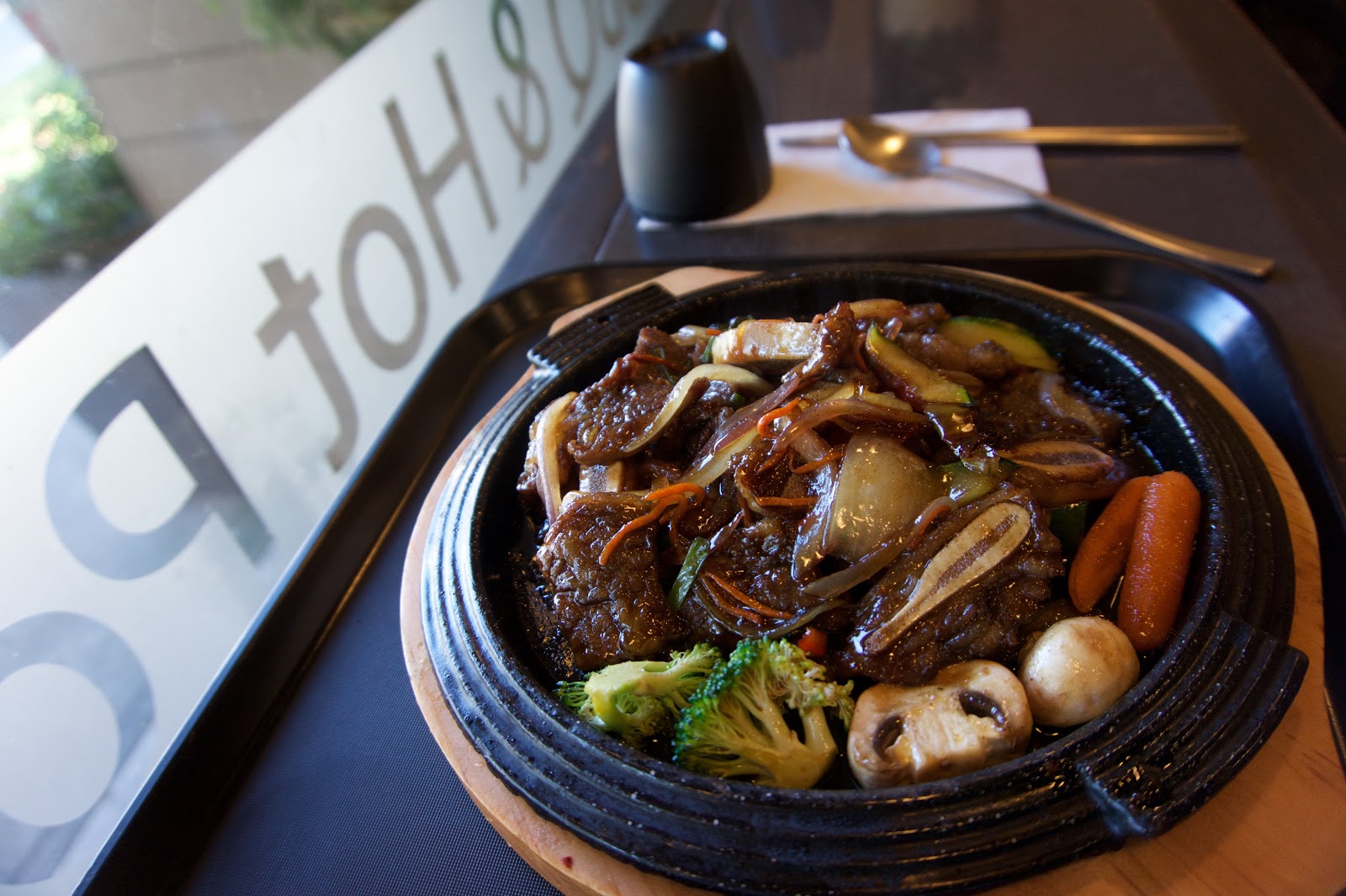 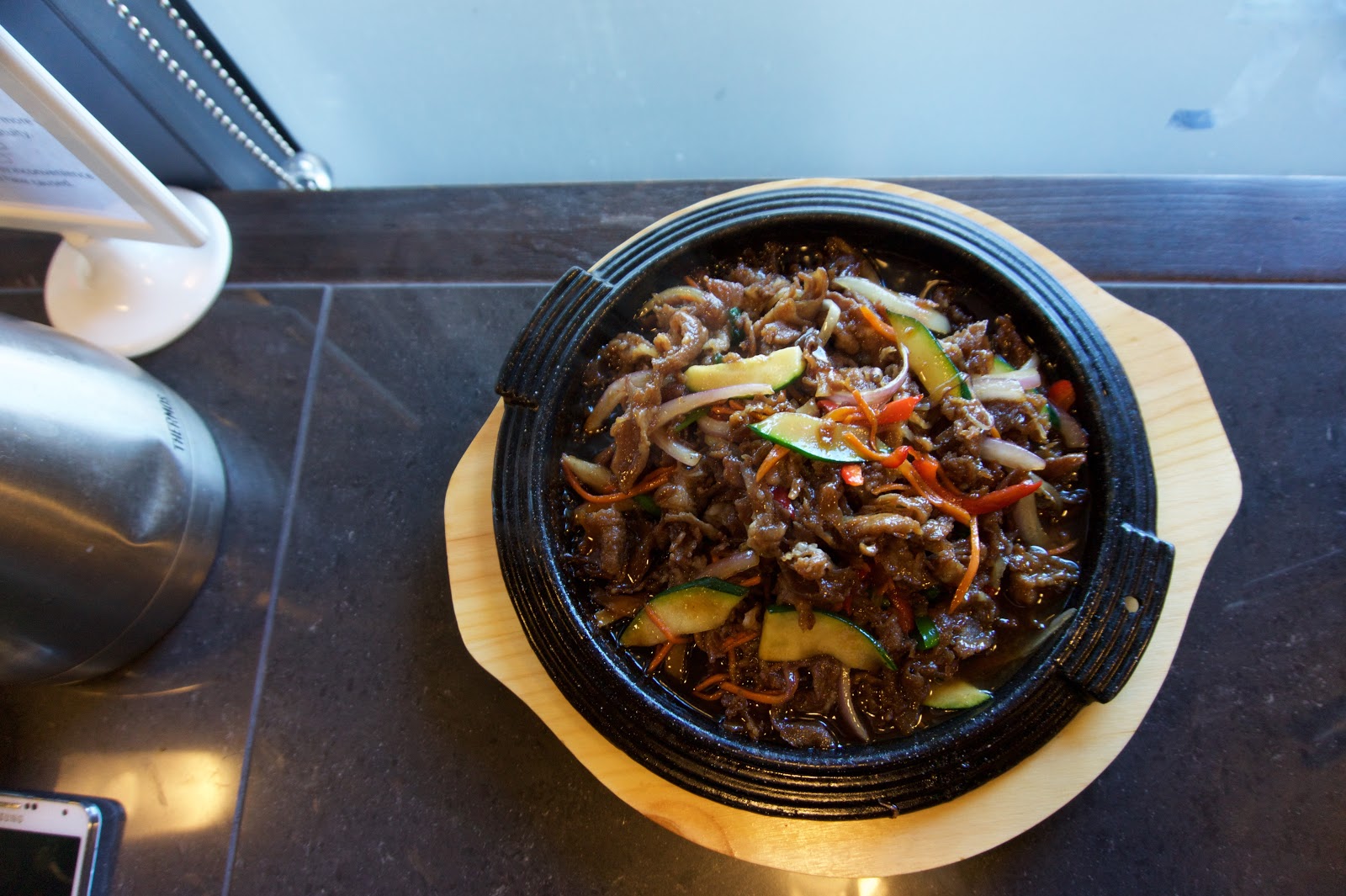 The pork bulgogi was okay, I definitely preferred the ribs over this!! The pork wasn't as flavourful as the ribs. It was savoury with a ting of sweetness, but it was missing something. The pork was decently tender though! Like the ribs, the price was a little high for the portion size. I ordered another bowl of rice to go with this, because...how can you eat bulgogi without rice?! ;)