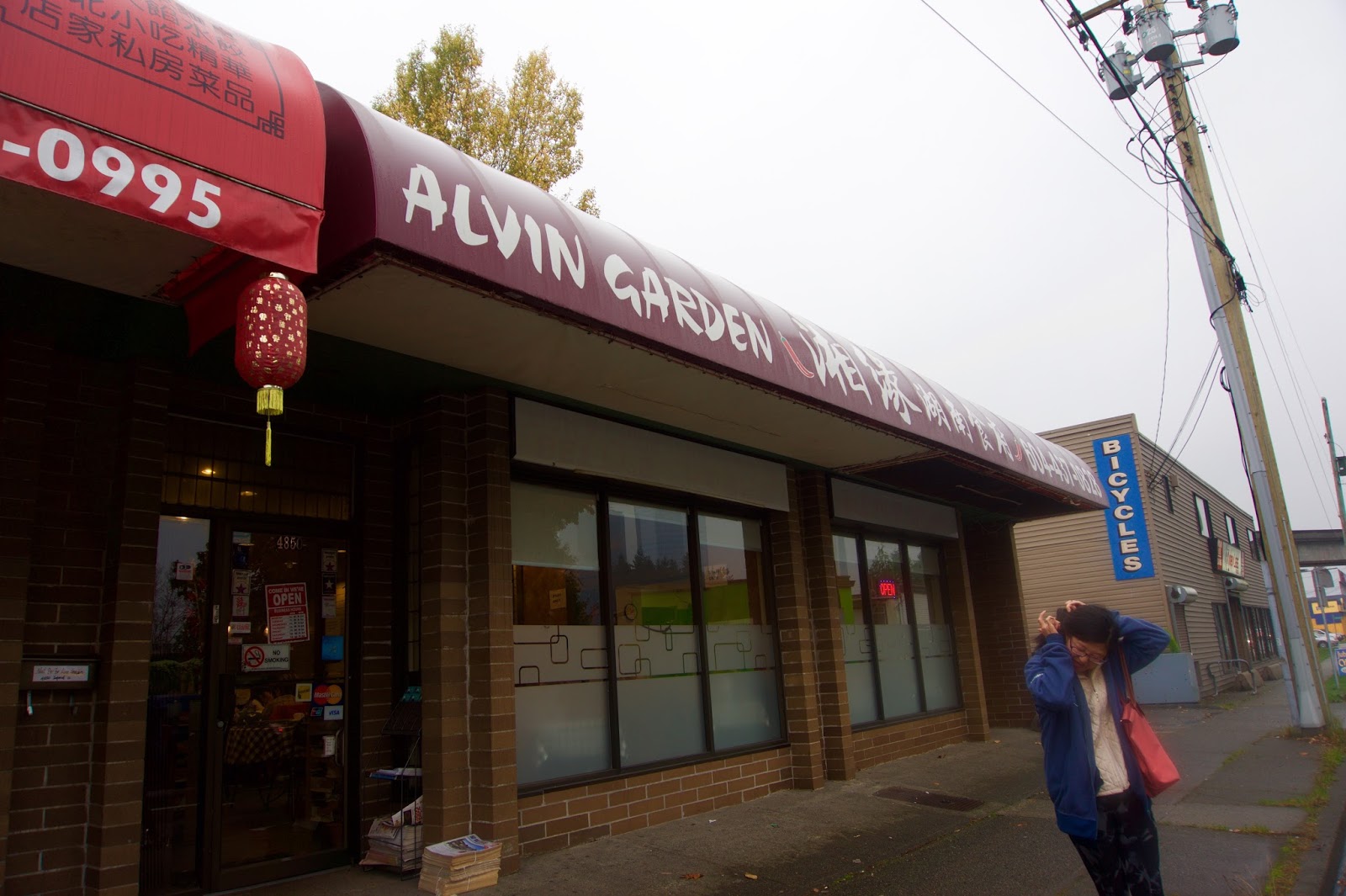 Alvin Garden's been on my "to eat" list for 2 years!! Who else has a "to eat" list? Priorities people, priorities!! ;)

So after much anticipation, we finally made it to Alvin Garden for lunch (and then dinner) the other day!! Being a Hunan restaurant, almost everything on the menu is super spicy! If you think you can handle the heat, ask for "da la" which literally translates into: big spicy (but don't say I didn't warn you!) My dad asked for medium spicy "zhong la" and it turned out to be way spicier than we were expecting. My mom was like "Why didn't you ask for mild??!!" My parents stopped eating halfway into the meal because they just couldn't take it anymore harhar. We actually "washed" the cauliflower with tea to tone down the spice ;)

We wanted to order their famous smoked duck, but according to Chinese tradition, duck is notorious for having "hot heat" which basically means that it makes your existing health problems worse. Not sure how reliable those claims are, but my parents avoid duck for that reason.

We still had plenty of dishes to choose from though! We went with a couple of Hunan classics, which we knew would be a solid bet. We also ordered their award winning "Beef with Pickled Green Chilli" and their famous Pork Belly Cauliflower!

All in all, we had a really solid meal!! Honestly, everything was delish!! We were thoroughly impressed on both occasions, so I really want to come back and try their other dishes!! :D 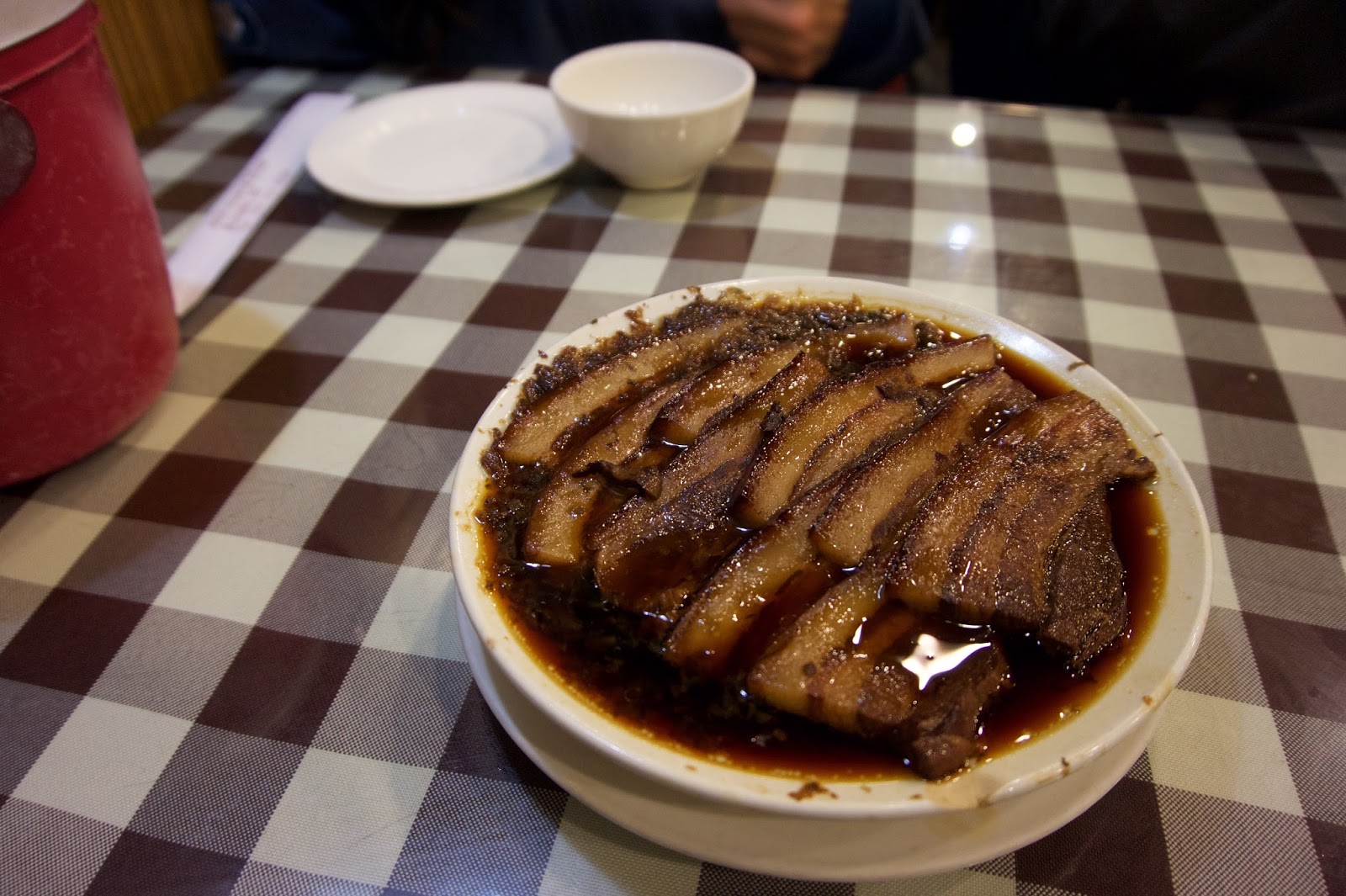 Braised pork belly is a must order for me at every chinese restaurant!! This was really good version!! The pork belly was sliced really thin, but all the flavour had penetrated through the meat. The meat was oh so tender and full of flavour! There was also some pickled greens underneath, as per tradition. 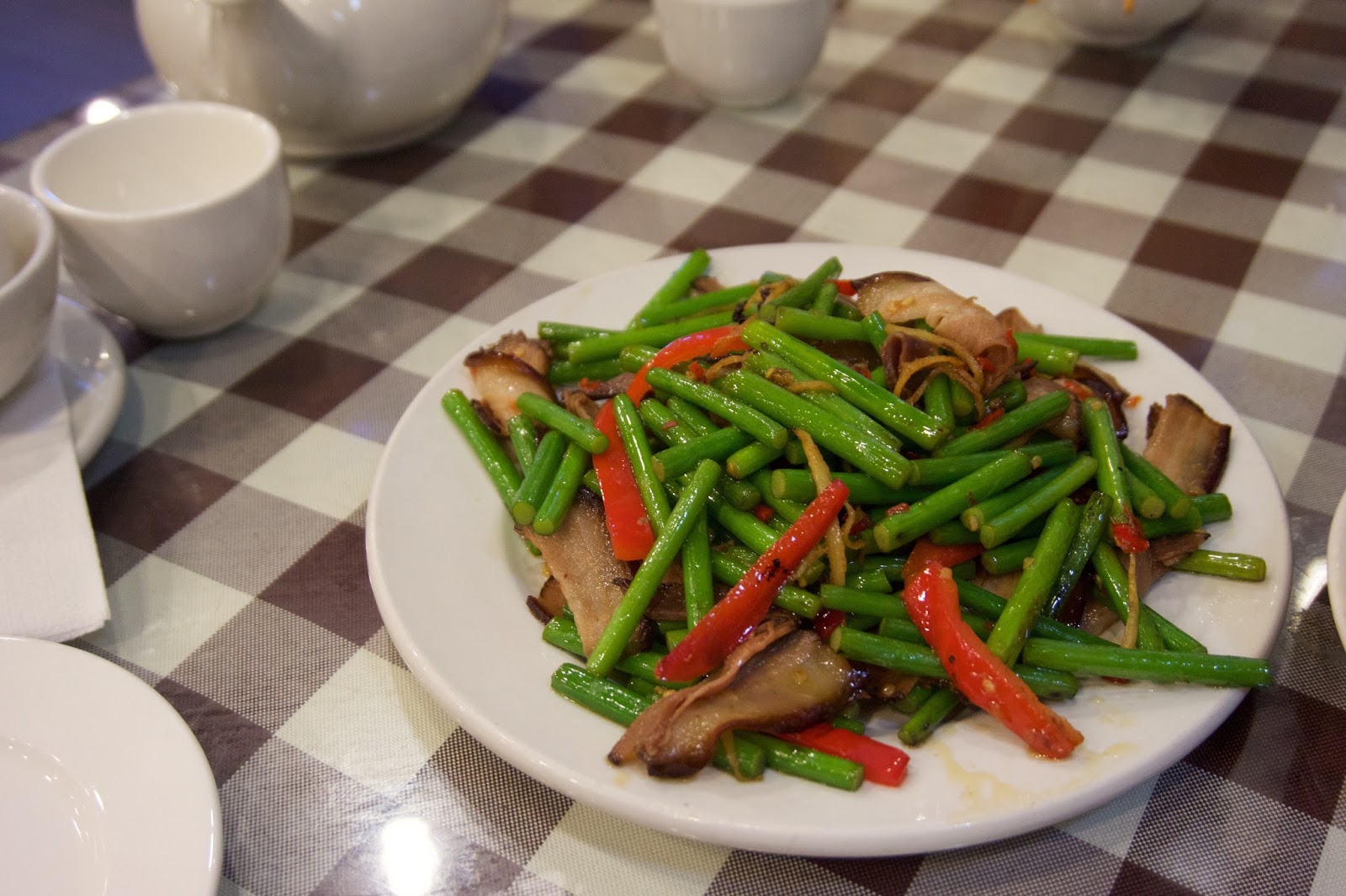 Another yummy dish!! The smokey flavour was really strong!! The meat itself was "qq" and very gelatinous. The garlic bolt was crunchy and flavourful, albeit a bit oily (as expected.) This was quite spicy and this was definitely meant to be paired with a ton of rice! 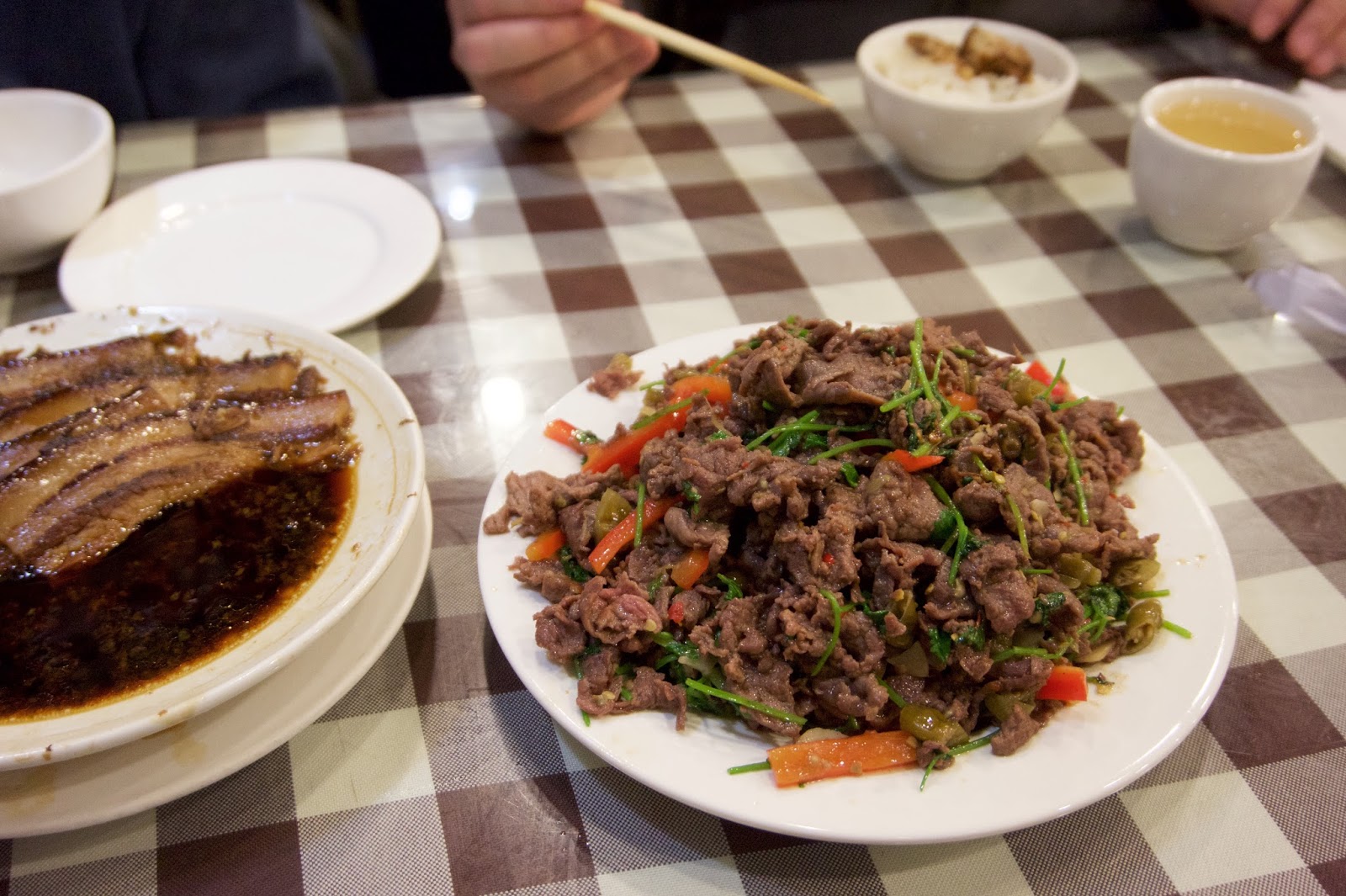 This is their signature dish!! And it was YUM-O!!!! The flavour profile is really unique, it's definitely of acquired taste. I'm not sure what spices they use in this, but it's definitely different and not typical of regular chinese dishes. This was really spicy. But since it tasted so good I didn't care...I kept on eating ;)  There was a lot of meat so it was definitely a great deal!! 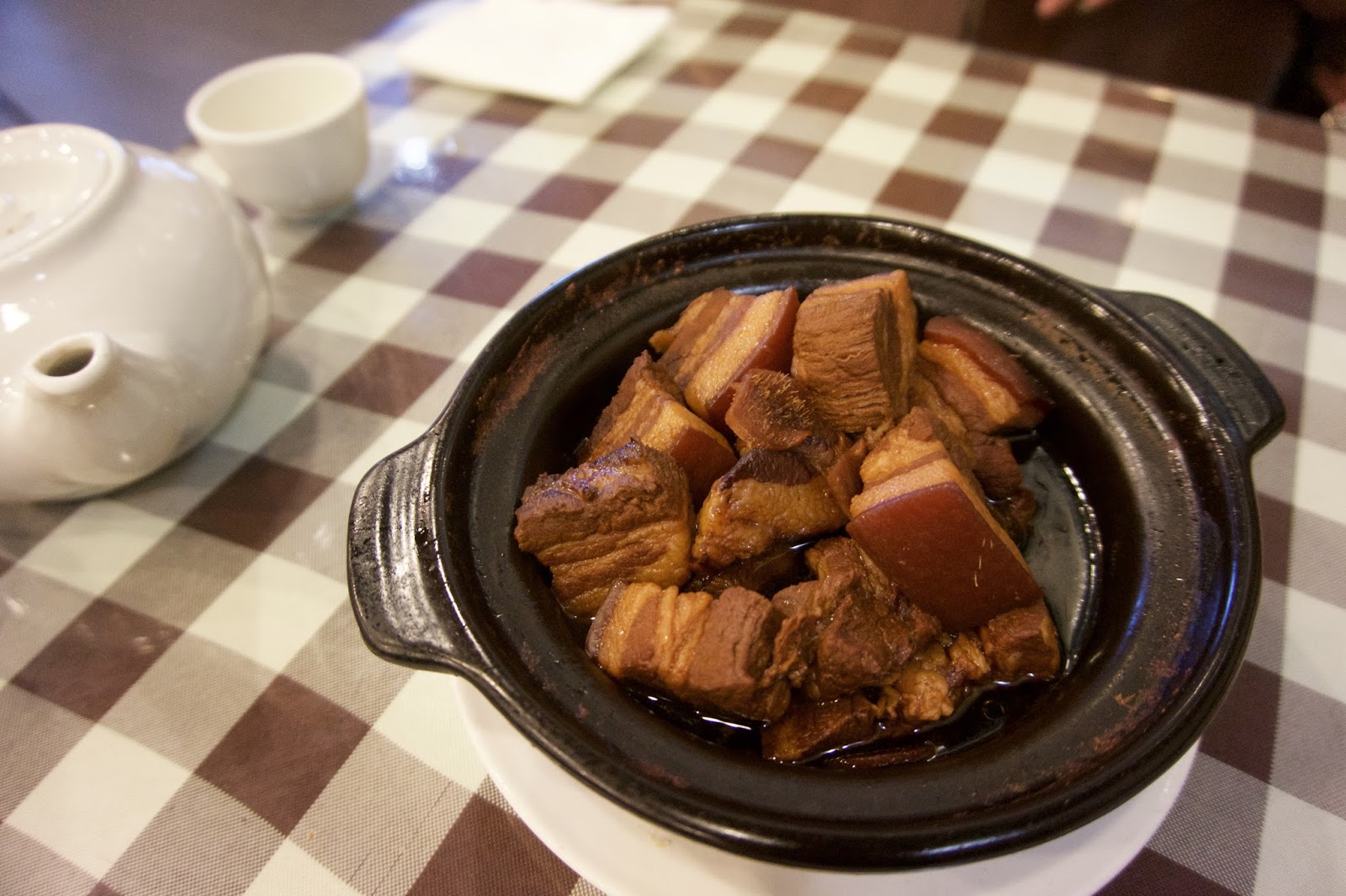 Another must order for me...you know me guys, me and my love of fatty meat!! This was a well executed version. The pork belly was super tender and melted in my mouth!! The sauce was a bit salty, but other than that, it was really flavourful! When it was gone I wanted moarr!! 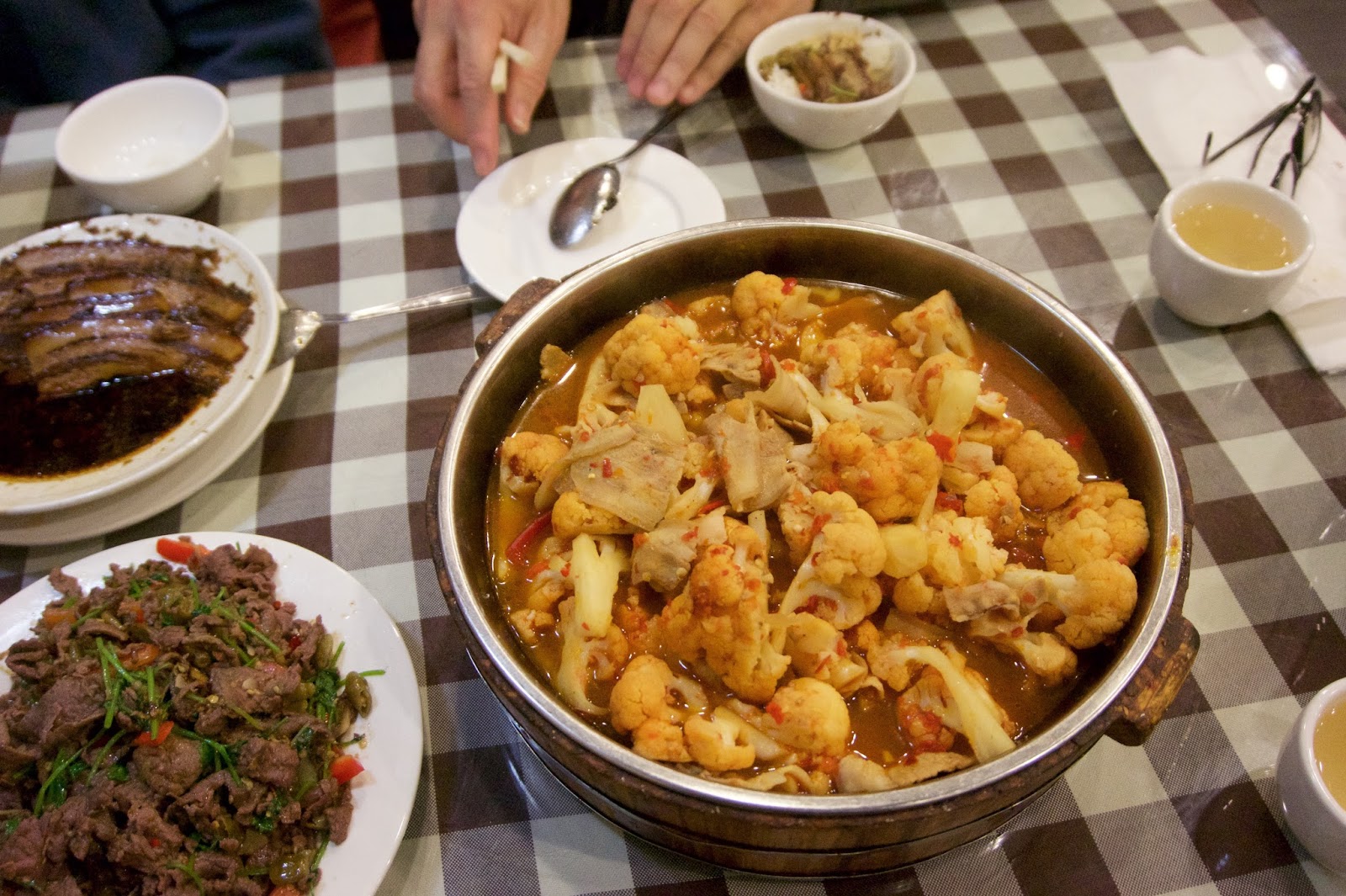 Another signature dish at Alvin's! Almost every table had a order of this!! At first my dad didn't want to order it, but after seeing that every table had one, he gave in! This turned out to be a great choice. The thing was massive!!! (See picture below.)

It looks really simple, but it was packed with flavour!! The pork belly was awesome; it had that natural fatty pork taste!! The cauliflower was crunchy, and really spicy having soaked up all the sauce. 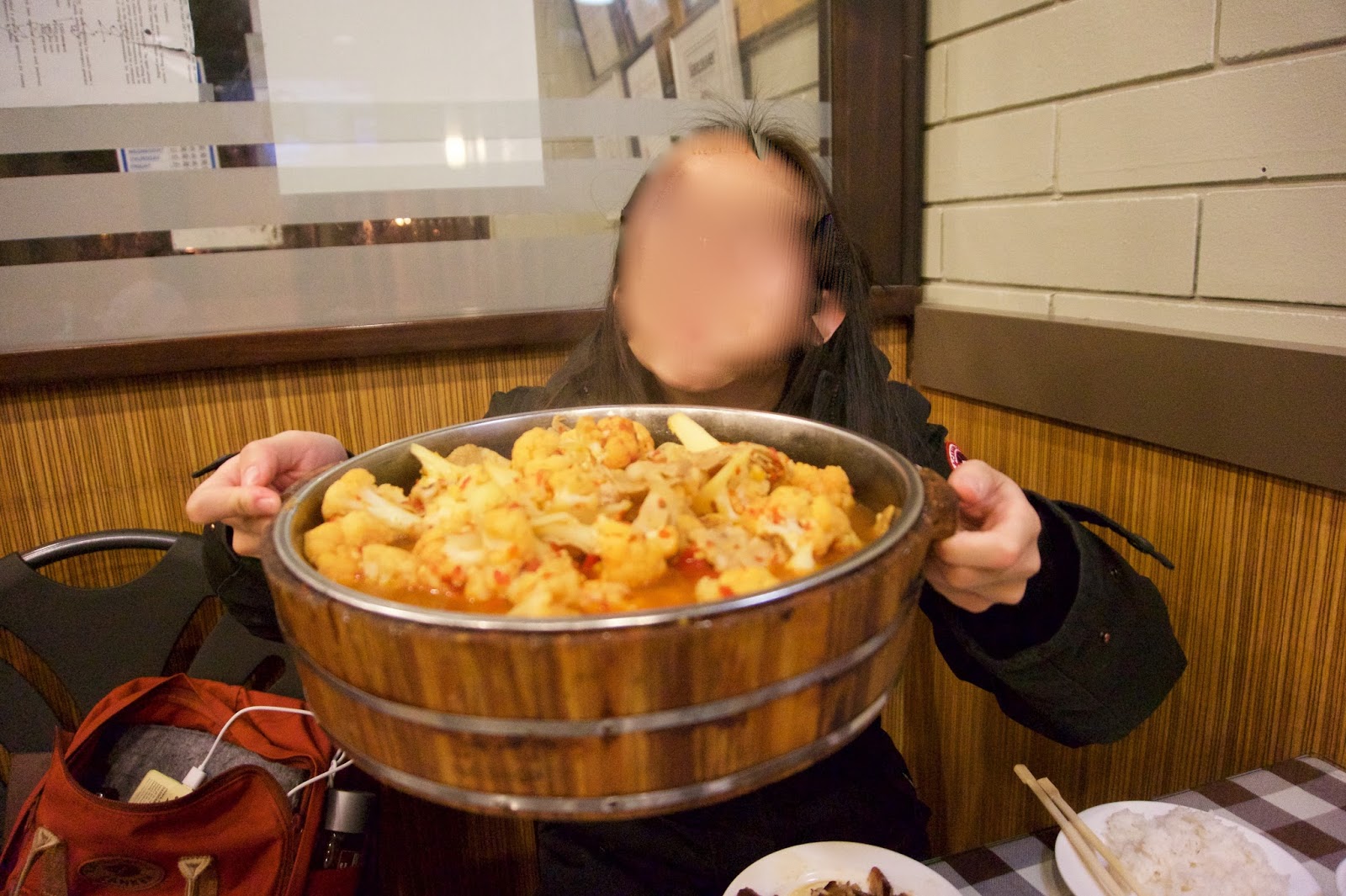 Me posing with the cauliflower hehe ~ see how big it was?! One of these days I'll show my face ;) 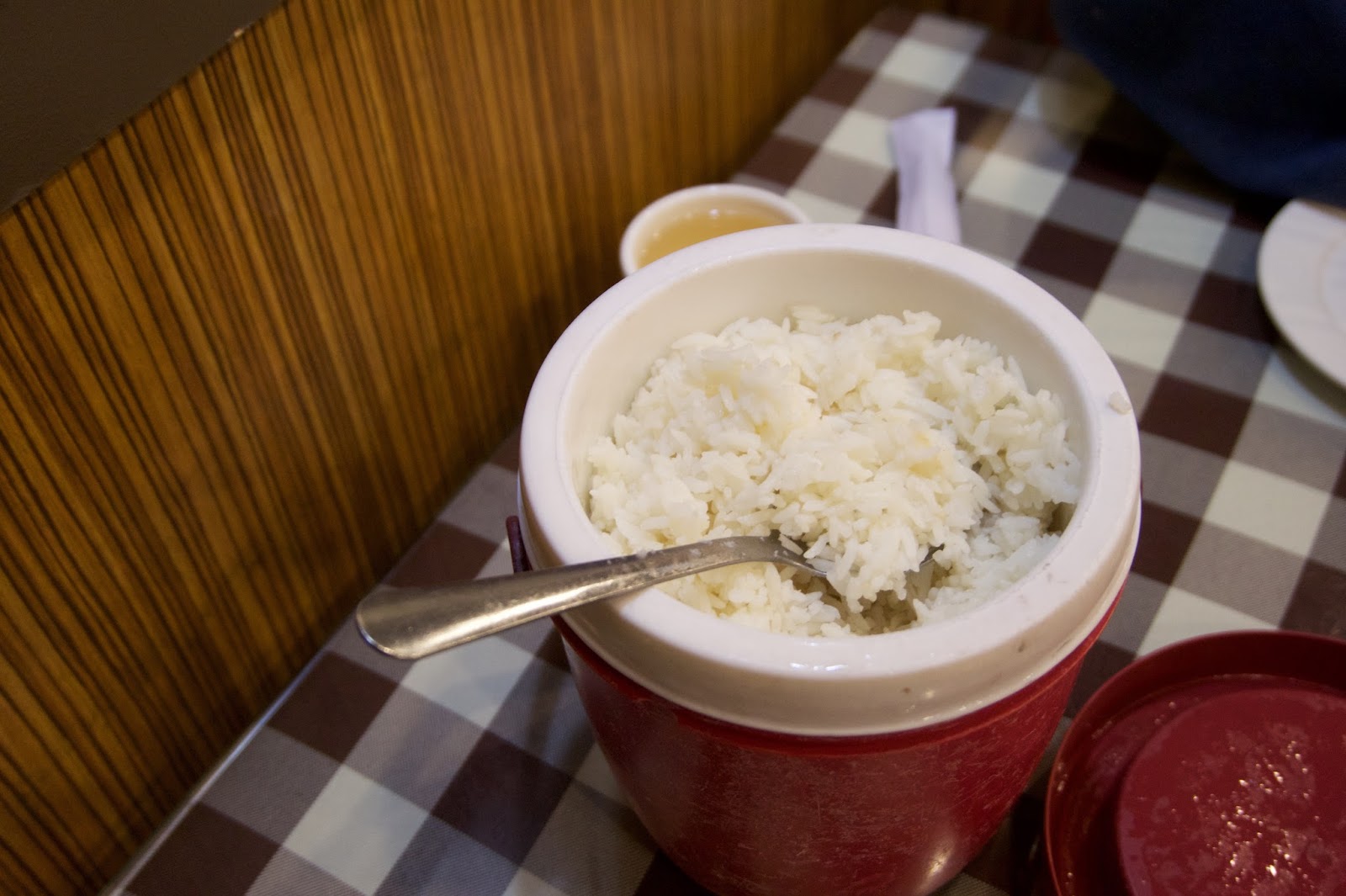 Our bucket o' rice!! My mom was complaining that the rice looked "dirty." The rice was a bit yellowish and had some brown spots throughout. My dad was like "Shhh, it's FINE!!" 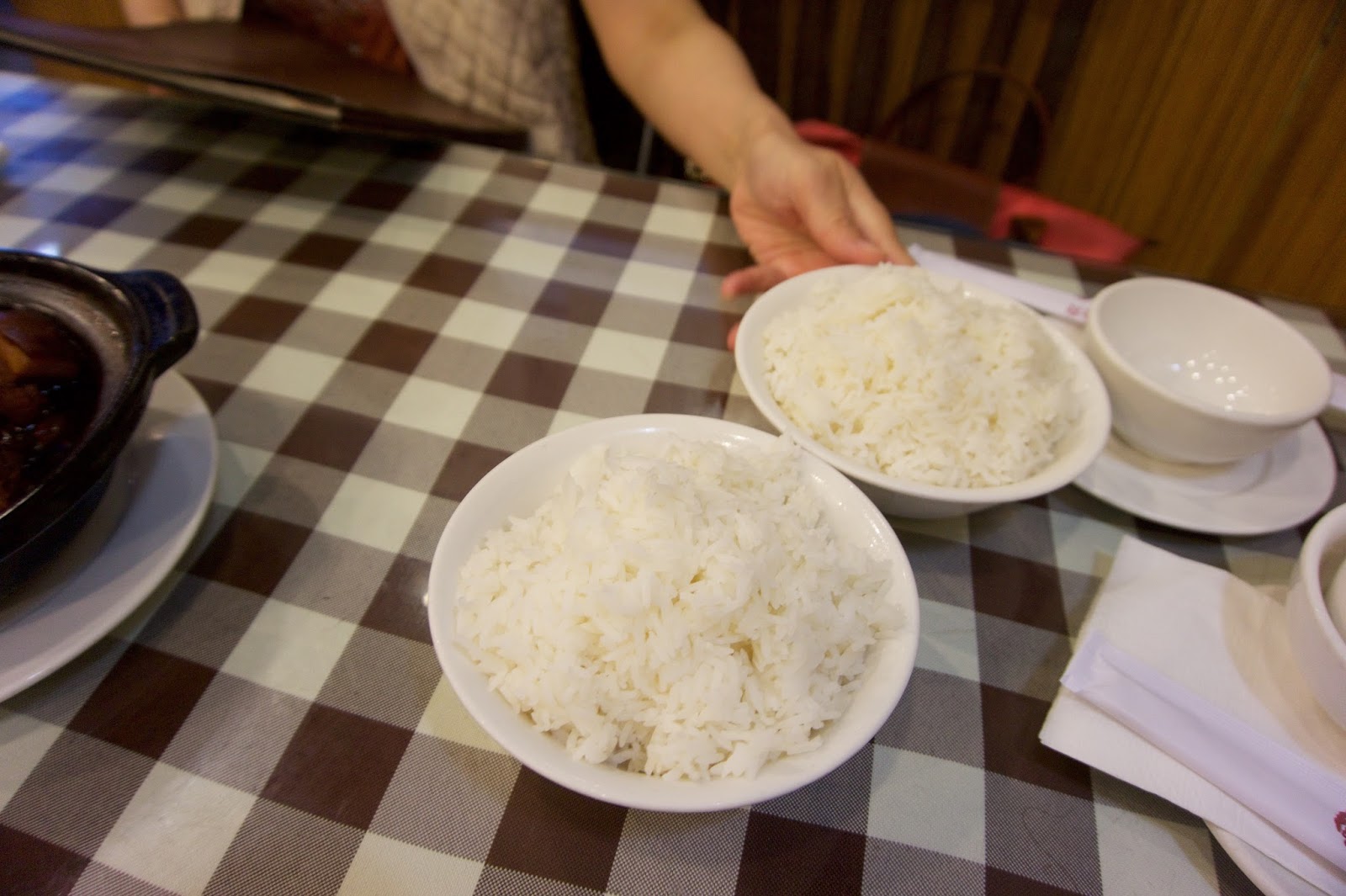 On our first visit, the rice looked a lot nicer! It was drier and less sticky! 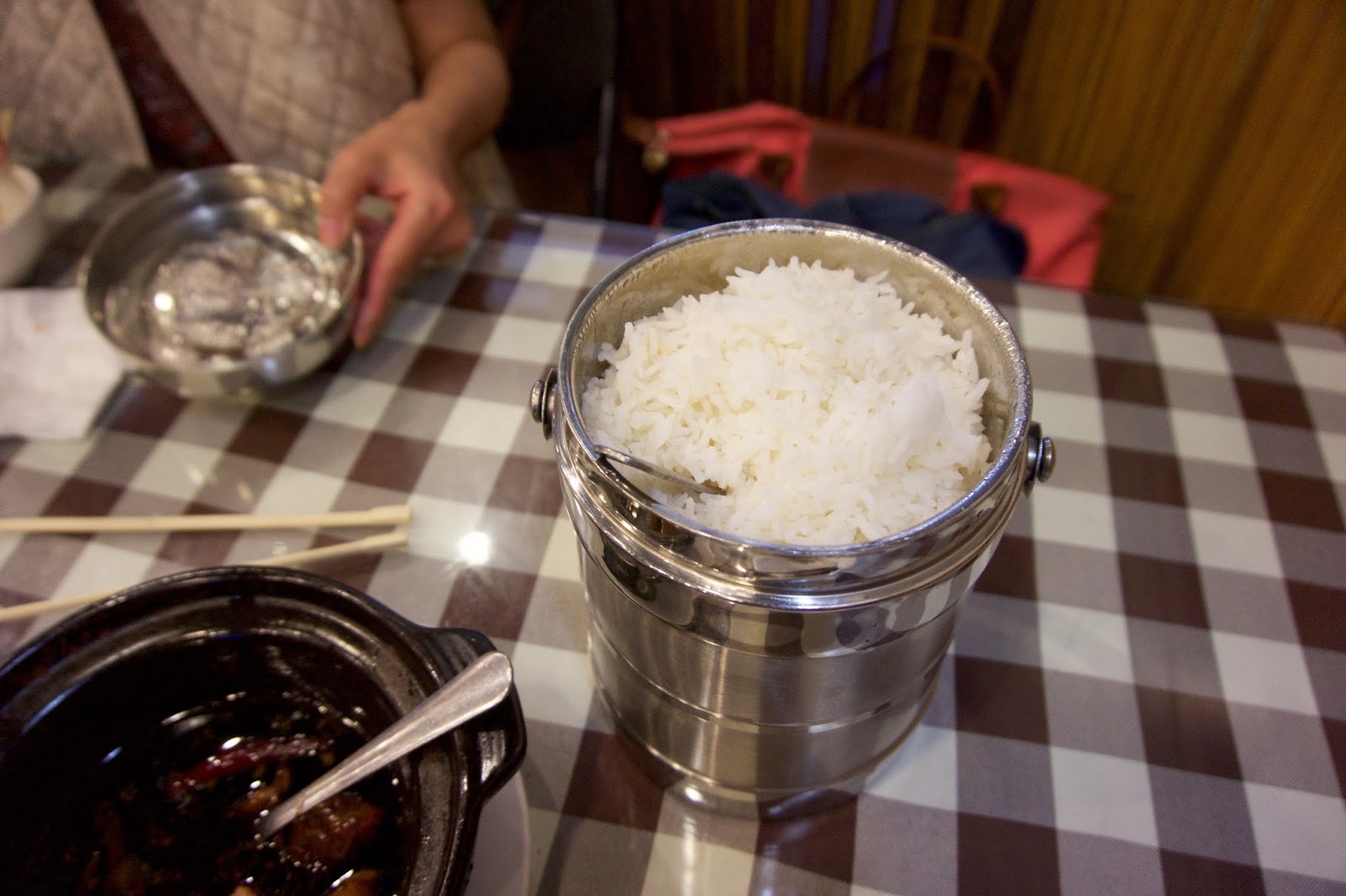 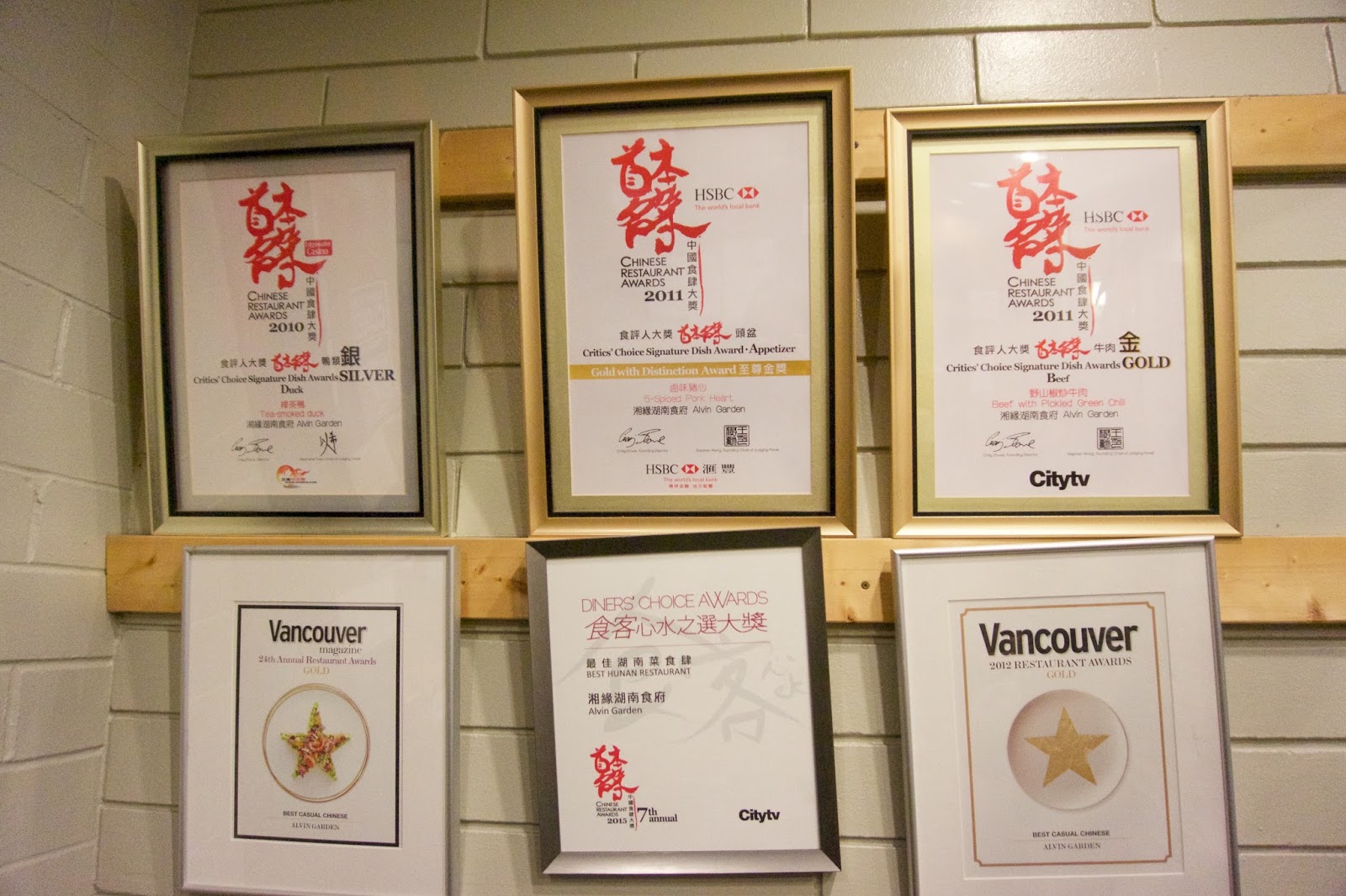 They've won a lot of awards, which they proudly display at the front entrance! 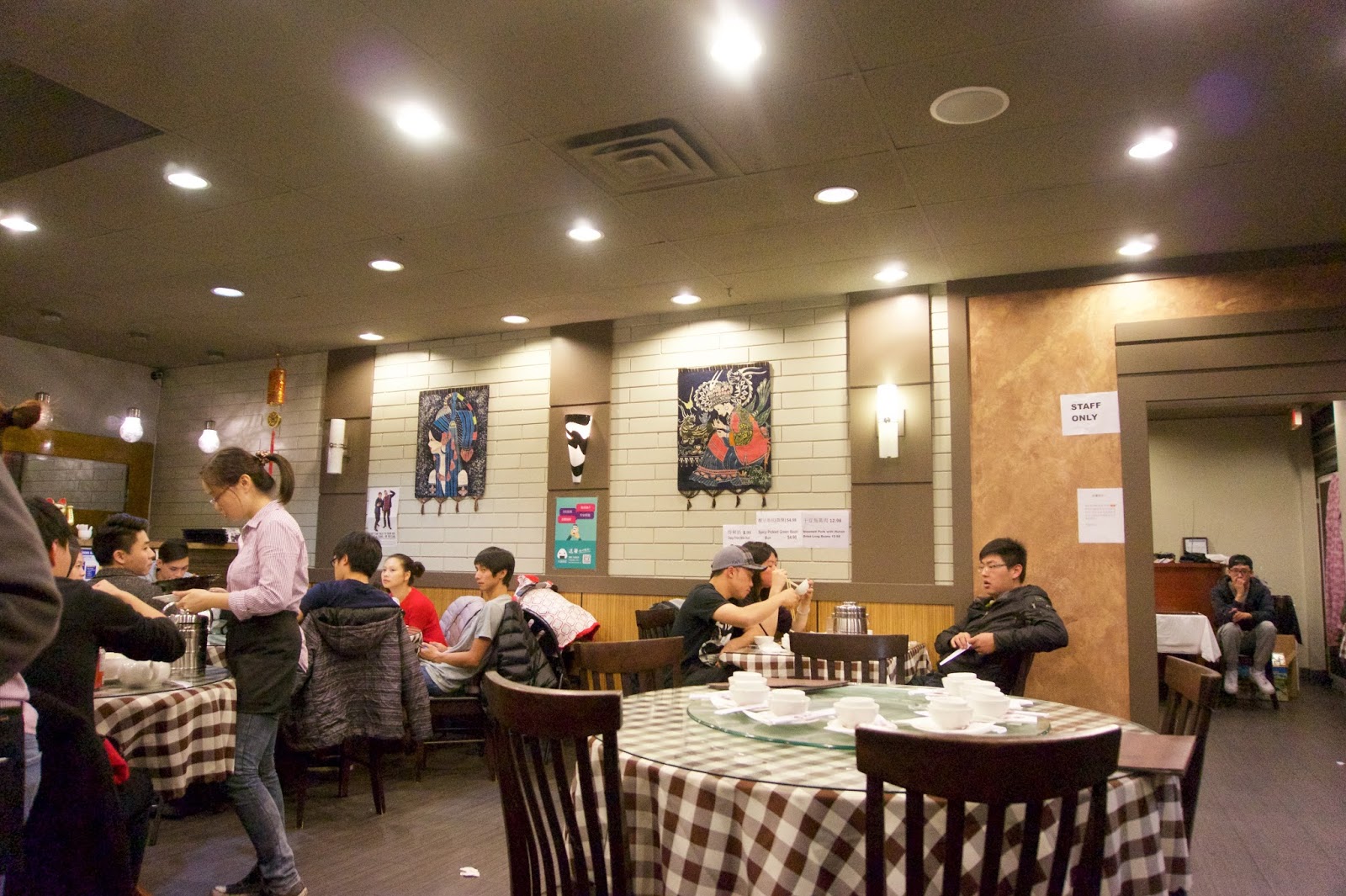