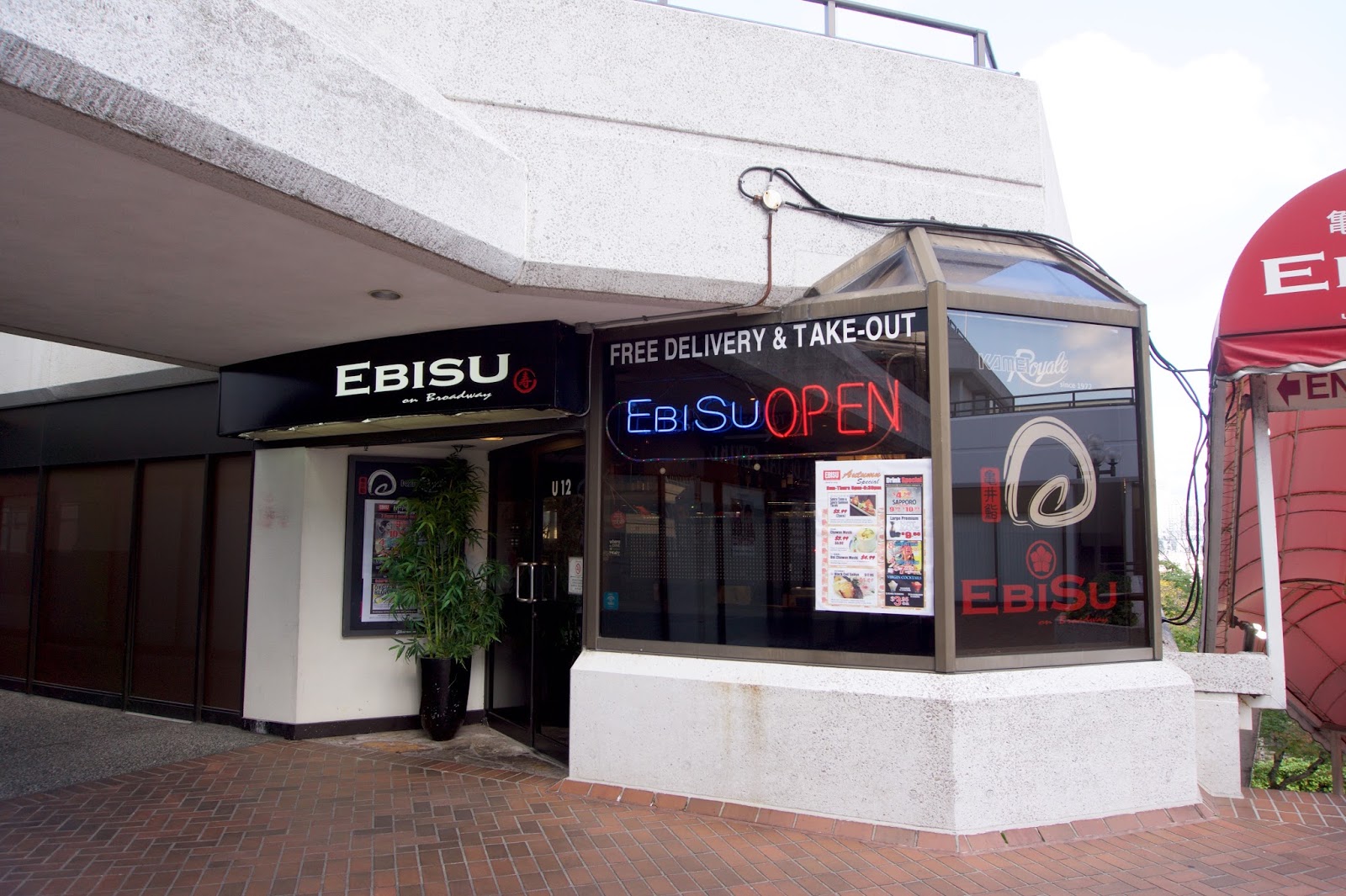 I woke up with a horribly scratchy throat today, and turns out...I caught a cold! So I guess I'll be spending the next few days at home ~ I also have a midterm on Tuesday which I have to study for...*sigh*

At first I thought it was due to all the fried food I've been eating (guilty as charged) but nope! Thank God because I would never be able to give up fried stuff! I rarely get pimples, so I can pretty much eat all the fried food I want - without abandon hehehe (it runs in the family.) No one in my family has pimples ~ so I guess I got lucky!

The other day I had my heart set on going to Ebisu for lunch! So after class, I gleefully made my way to the bus loop and hopped on the 99 bus! Coincidentally, when I was on the bus, the girls beside me were talking about (you guessed it) Ebisu! So it was definitely meant to be ;)

Lunch at Ebisu is a really great deal: you can choose 3 items (from their list) for just $10.99!! And on top of that, you get a pop, rice, or miso soup with your meal! I had the hardest time deciding and the waitress came back to check on me twice to see if I was ready.

During my meal the guy beside me ordered a katsudon and it looked SO good!! It was huge and the katsu looked super thick and juicy! He finished the whole thing so it must've been pretty decent!

And yes... I like watching people eat ^^
Which explains my love for Mukbangs. I wasn't expecting the chicken kaarage to be this good!! Definitely a must order here. If I come back, I'm SO getting 10 pieces!! The chicken was super juicy and fragrant, and the skin was perfectly crispy and flavourful! I didn't even need dipping sauce on the side because it was already super flavourful on its own! 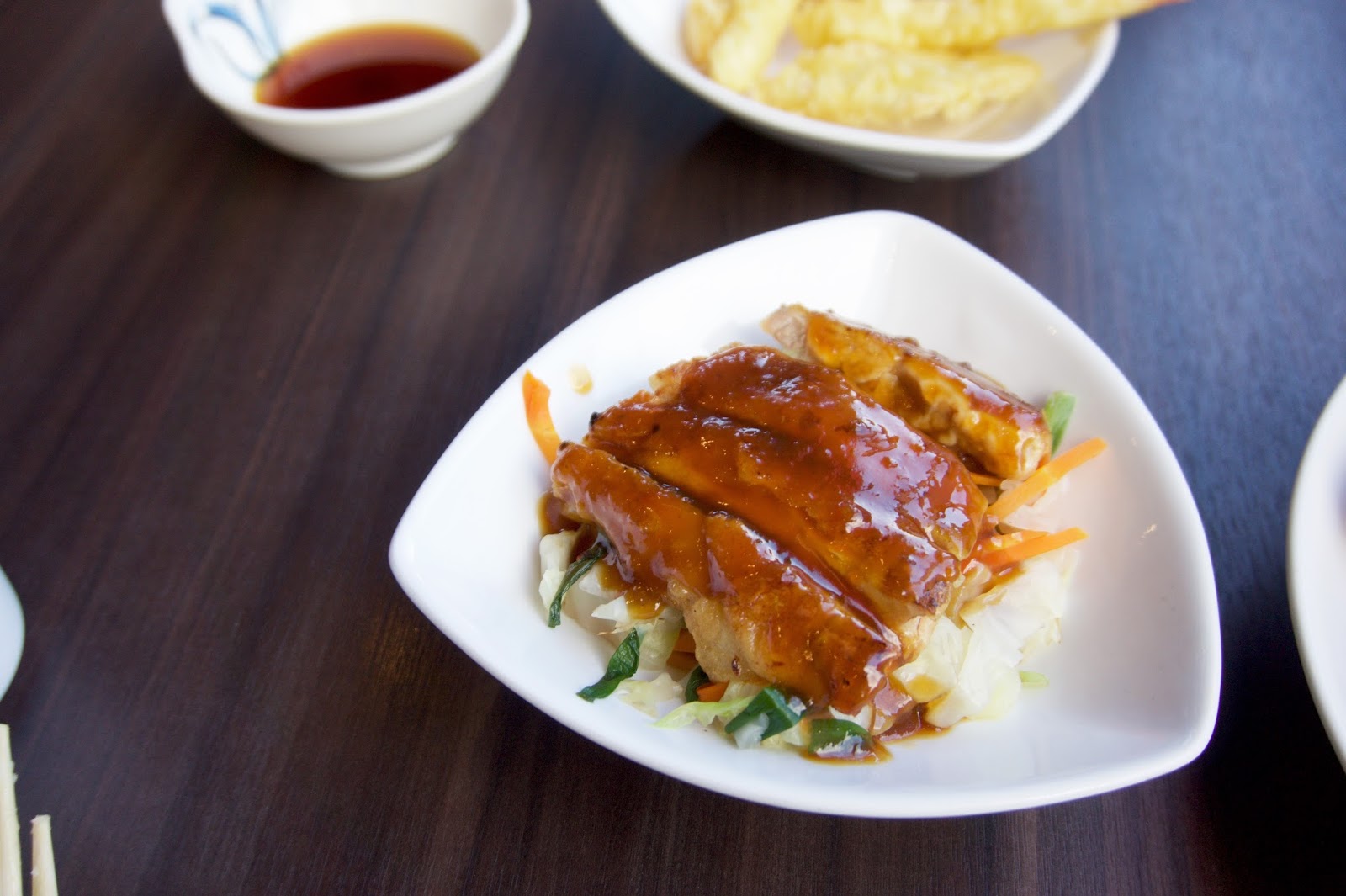 The chicken teriyaki was surprisingly good as well! They also have this in a don version, minus the vegetables. So I got this one - just to be healthier ;)

The chicken was evenly pan fried and juicy! The teriyaki sauce was rather thick, but it added a lot of flavour! The steamed veggies on the bottom were a nice touch. 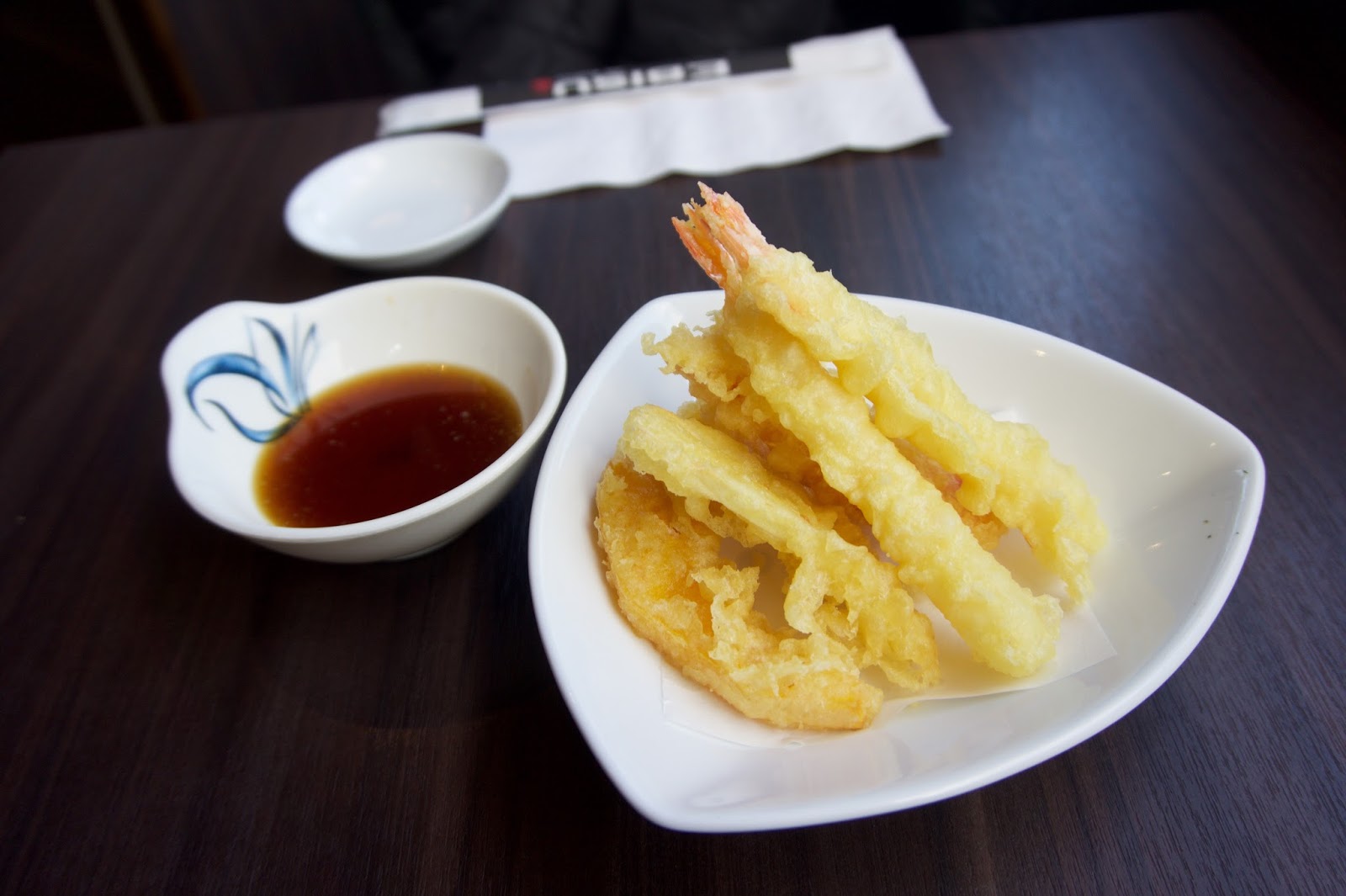 The tempura was pretty tasty!! Strangely enough, the batter job wasn't very consistent. The prawn tempura was heavily batter whereas the veggie tempura was lightly battered and really crispy. There was no absence of flavour though! Very fragrant and crisp! 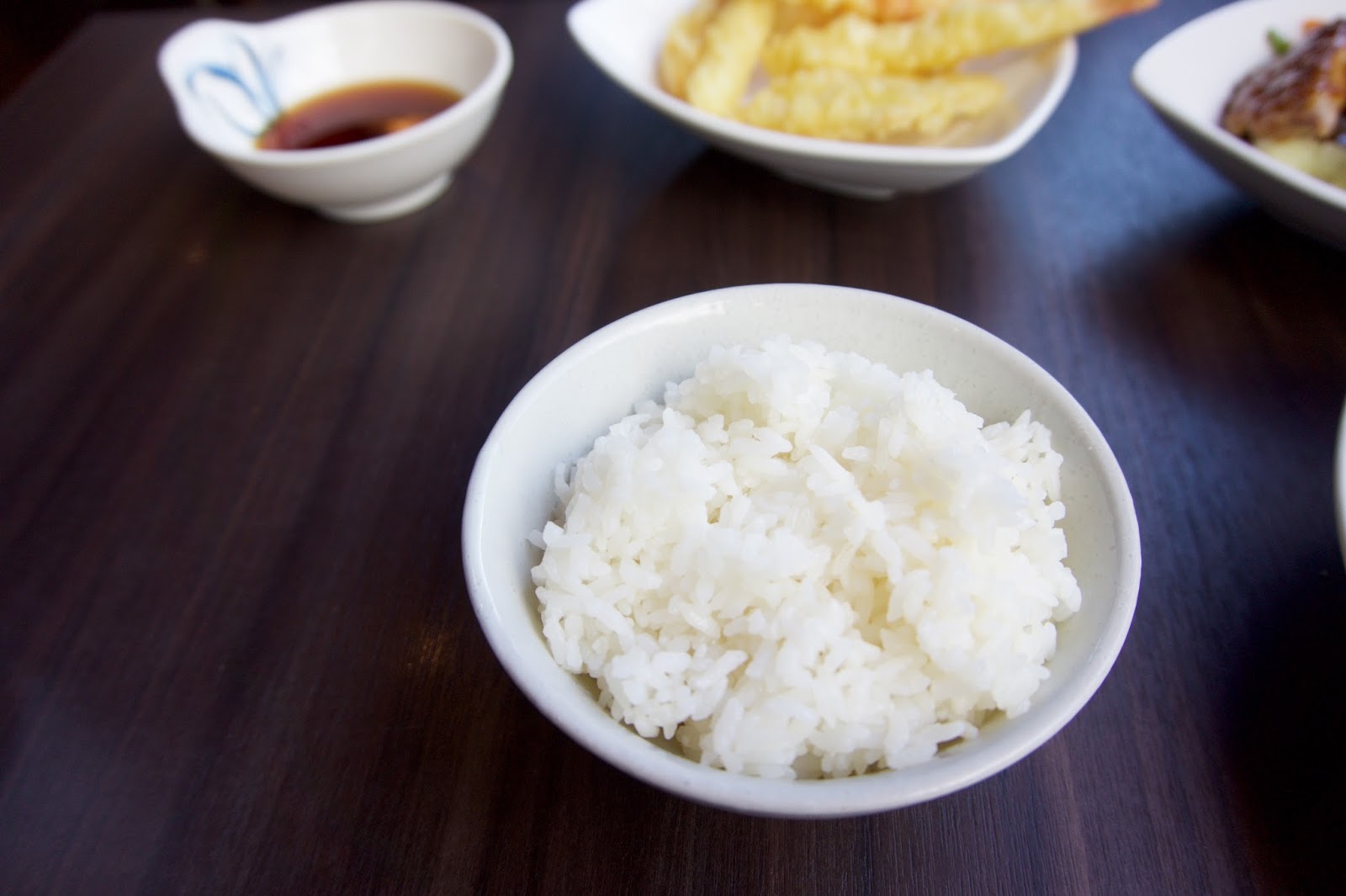 And of coursee I had to get the rice (out of the other two options on the menu.)

Ebisu really impressed me with their rice! The rice was really high quality!! It had that "expensive" smell to it harhar. And yes, rice can smell expensive ;)

It was cooked perfectly too!! Pretty impressive considering that this was just a "free side" that came with the combo! Actually, I would've gladly paid for another bowl! 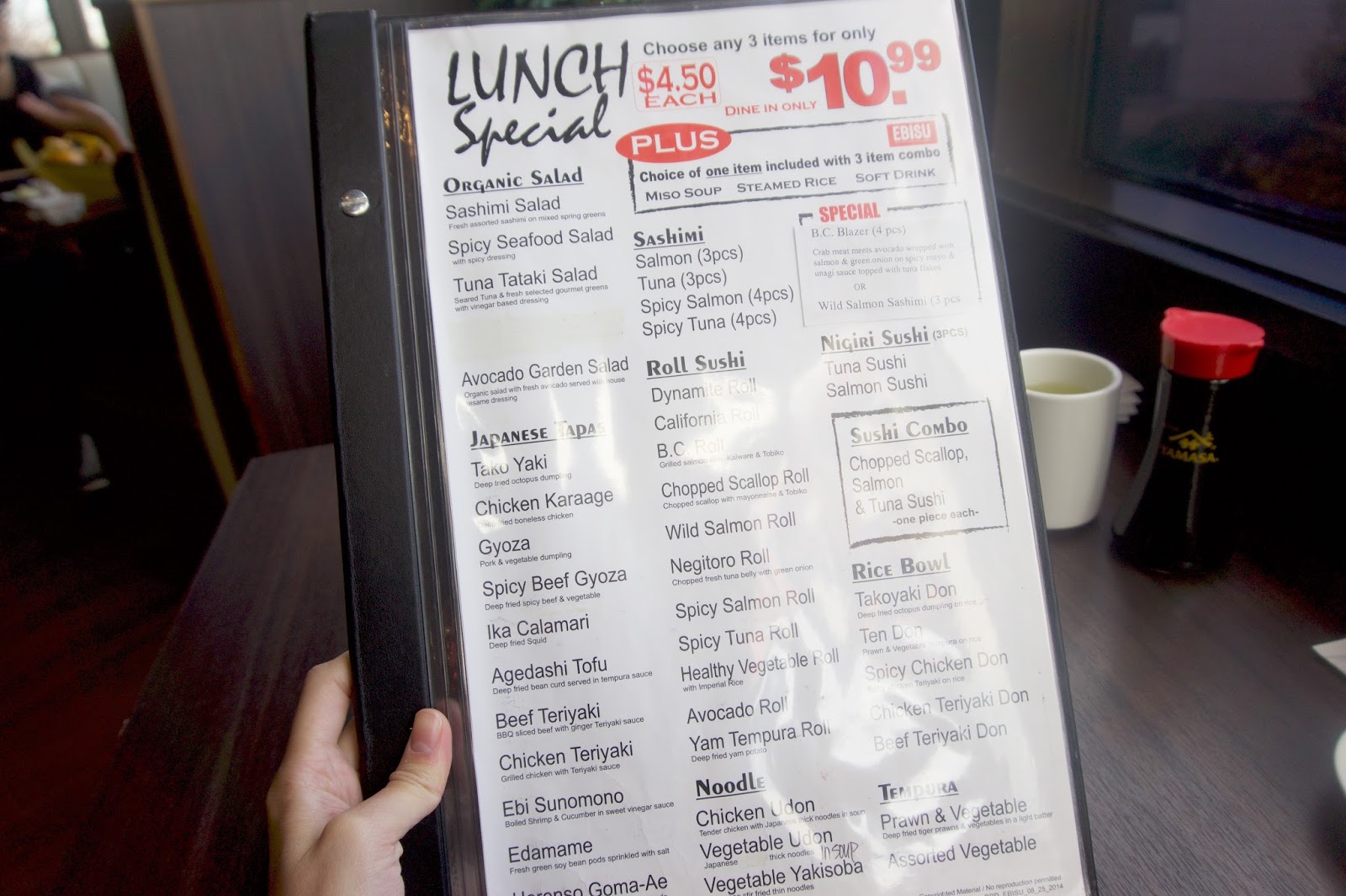 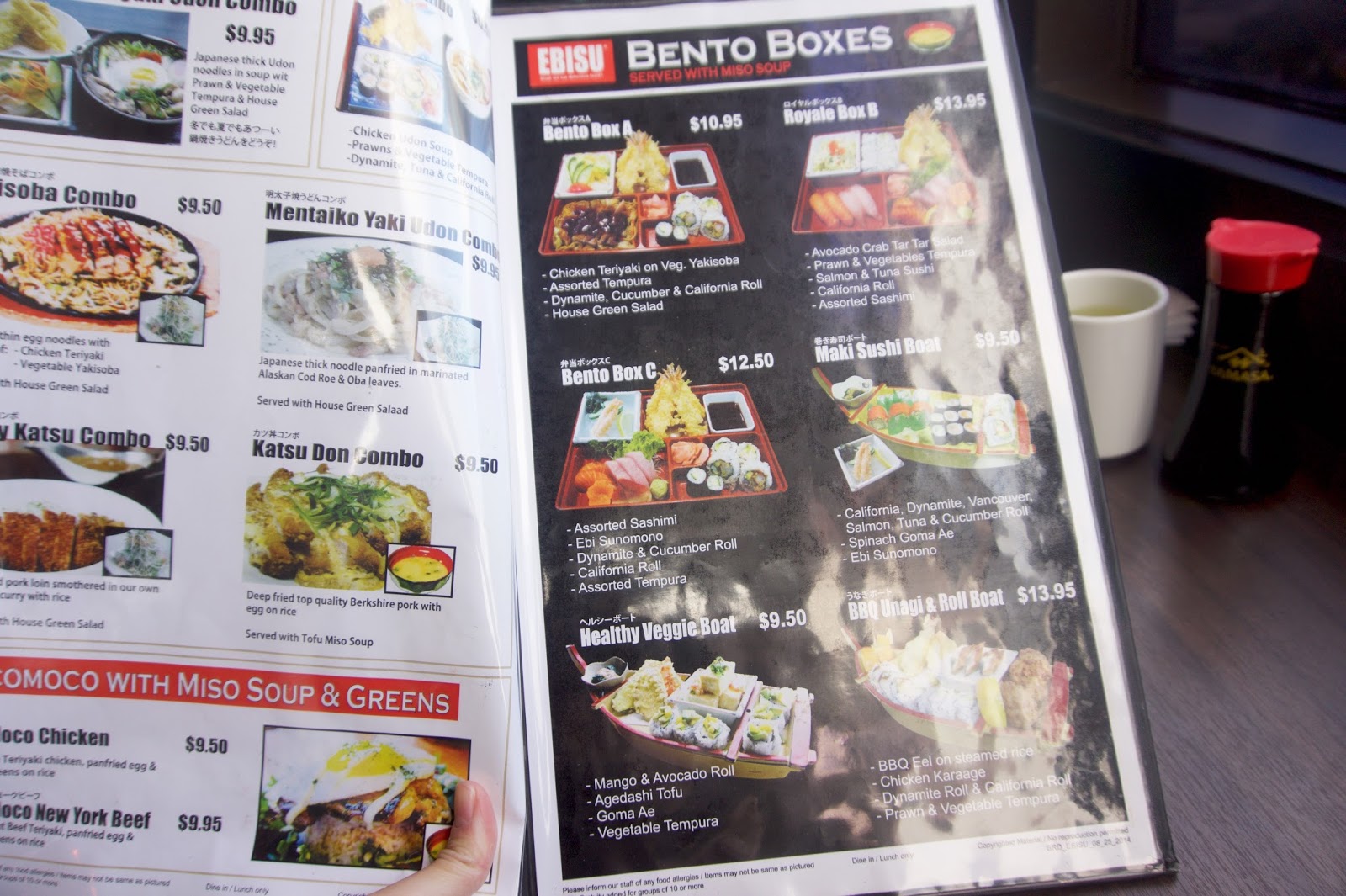 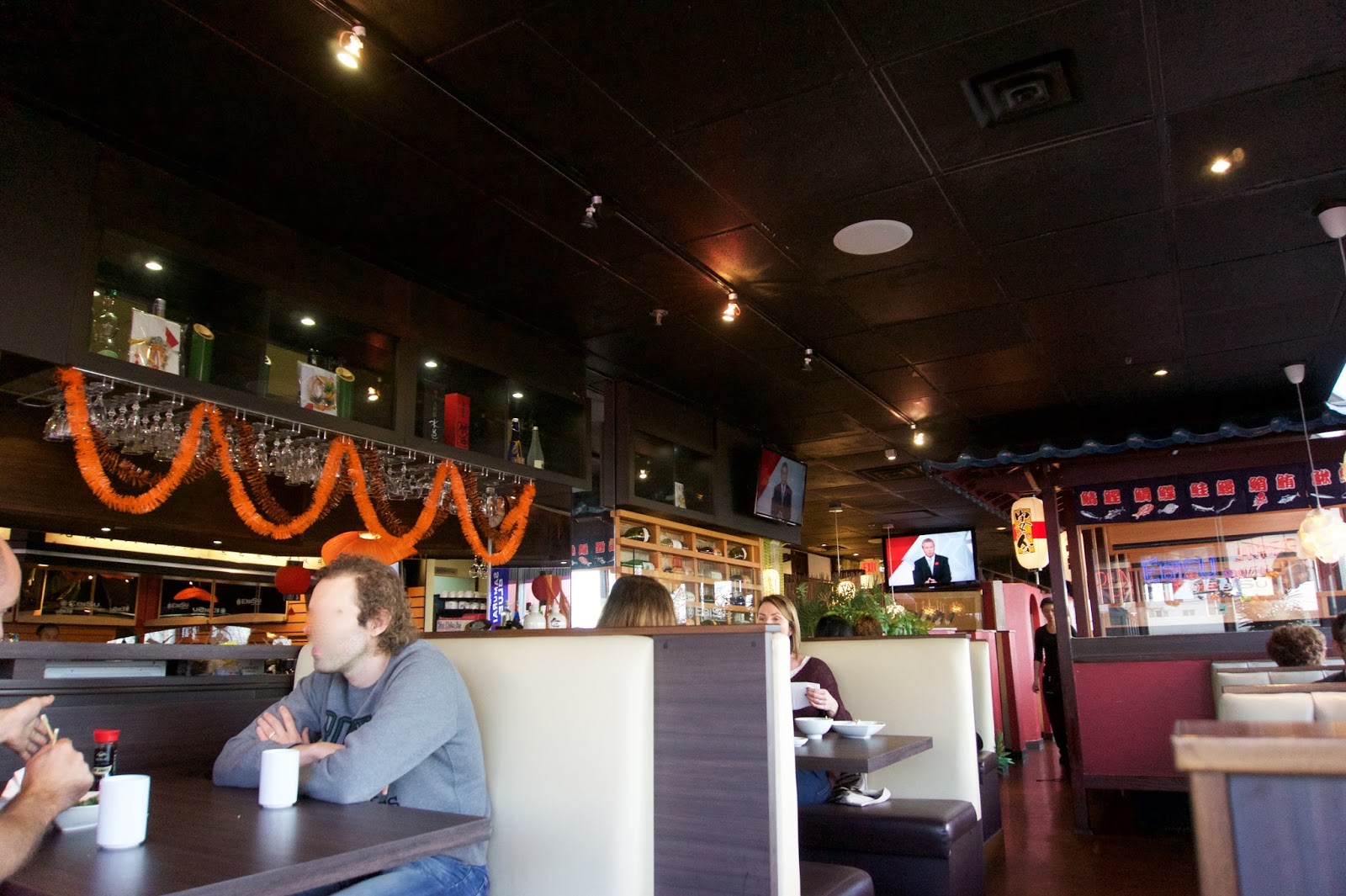