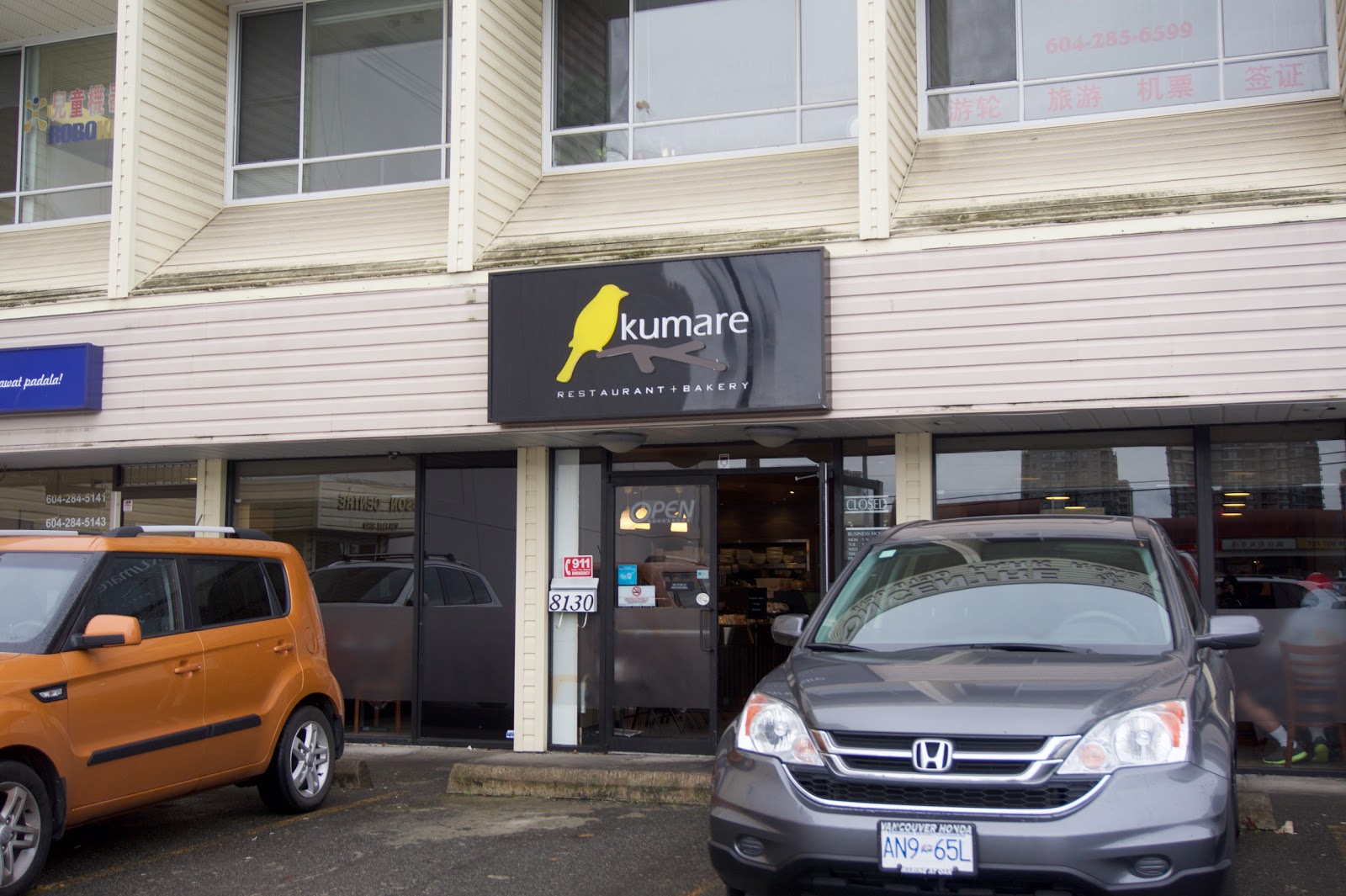 I haven't had filipino food in SO long. It's been like what...a year?!

I went to Kumare two days in a row because it was just that good. Delicious, reasonably priced, generous portions, authentic, what more can you ask for?

I want to go back again and try everything on the menu! Their menu is pretty extensive, so it's probably going to take a while ~ Kumare doubles as a bakery, at the front they have a ton of filipino buns, sweets and cakes! Try resisting them when you go up to the counter to pay ;)

They open up bright and early at 10 am for breakfast!! Breakfast lasts until 4 pm, so you can get your longaniza fix at 3 in the afternoon!!

Ohhh the funniest thing happened when I went to the washroom. I was lining up for the washroom and the person inside was taking a really long time ~ the waitress passed by and she was like "Is anyone in there?" and I was like "I'm not sure." So the waitress went and knocked on the door 5-6 times.

The waitress left and when the person came out, she gave me the dirtiest look and she was like "Who are you?!! Why were you knocking, SO IRRITATING!!!" and I was like "Buut - that wasn't me!" She then proceeded to storm off ~

Oh, and after I left, I noticed that a car parked in front of the restaurant (which probably belonged to the owner) had a licence plate with the word "KUMARE" on it which I thought was so cool!! 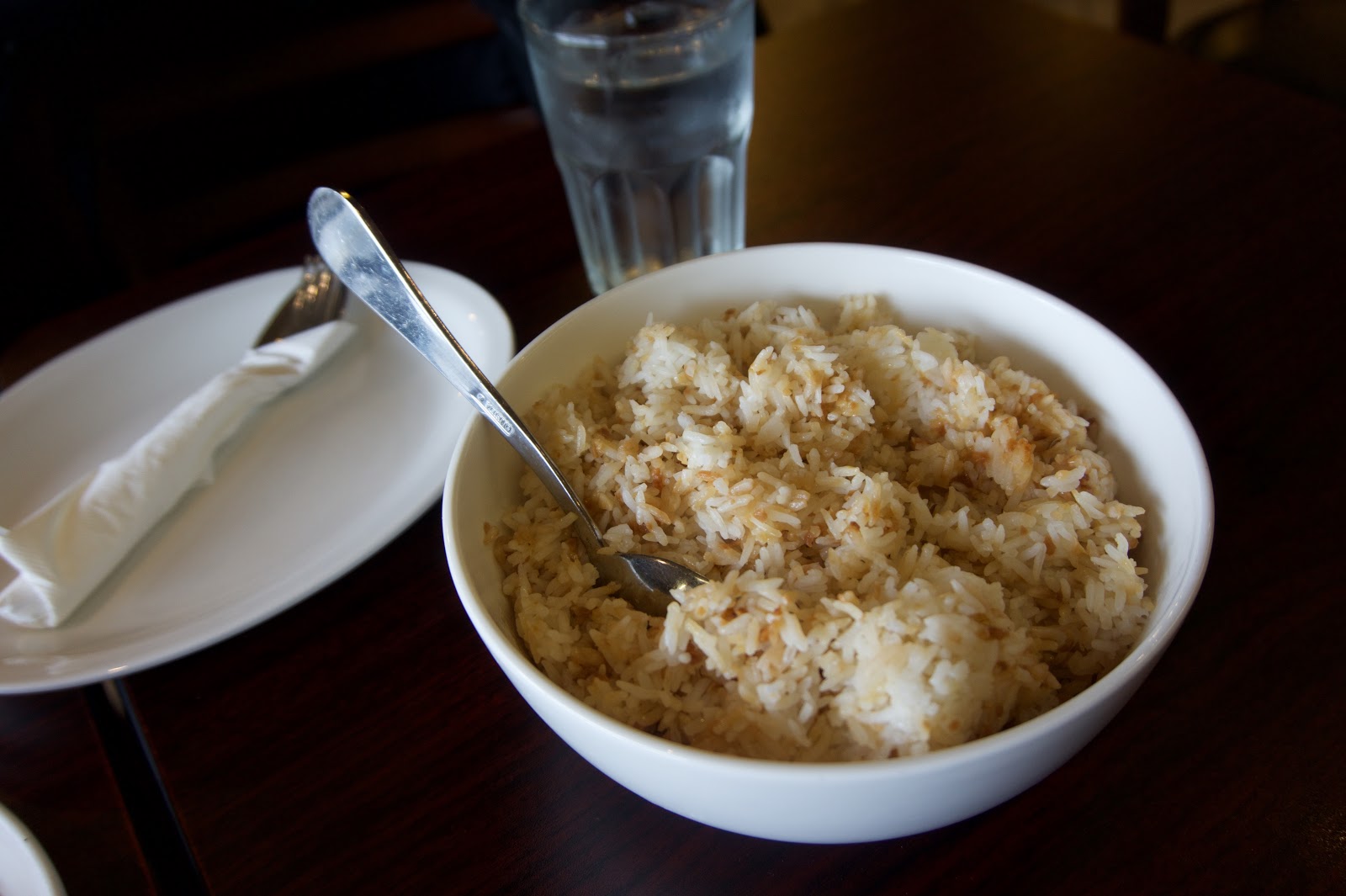 5/5 stars
OMG, best rice dish of 2015 - thus far!! This was LOADED, and I mean loaded, with a ton of fried garlic chips. So fragrant, crispy, and delicious!! How can something so simple taste so good?!!

It's best if you eat it on it's own, to maximize flavour! If you mix it with the other dishes, the flavour gets lost - because filipino dishes tend to be more pungent in flavour. 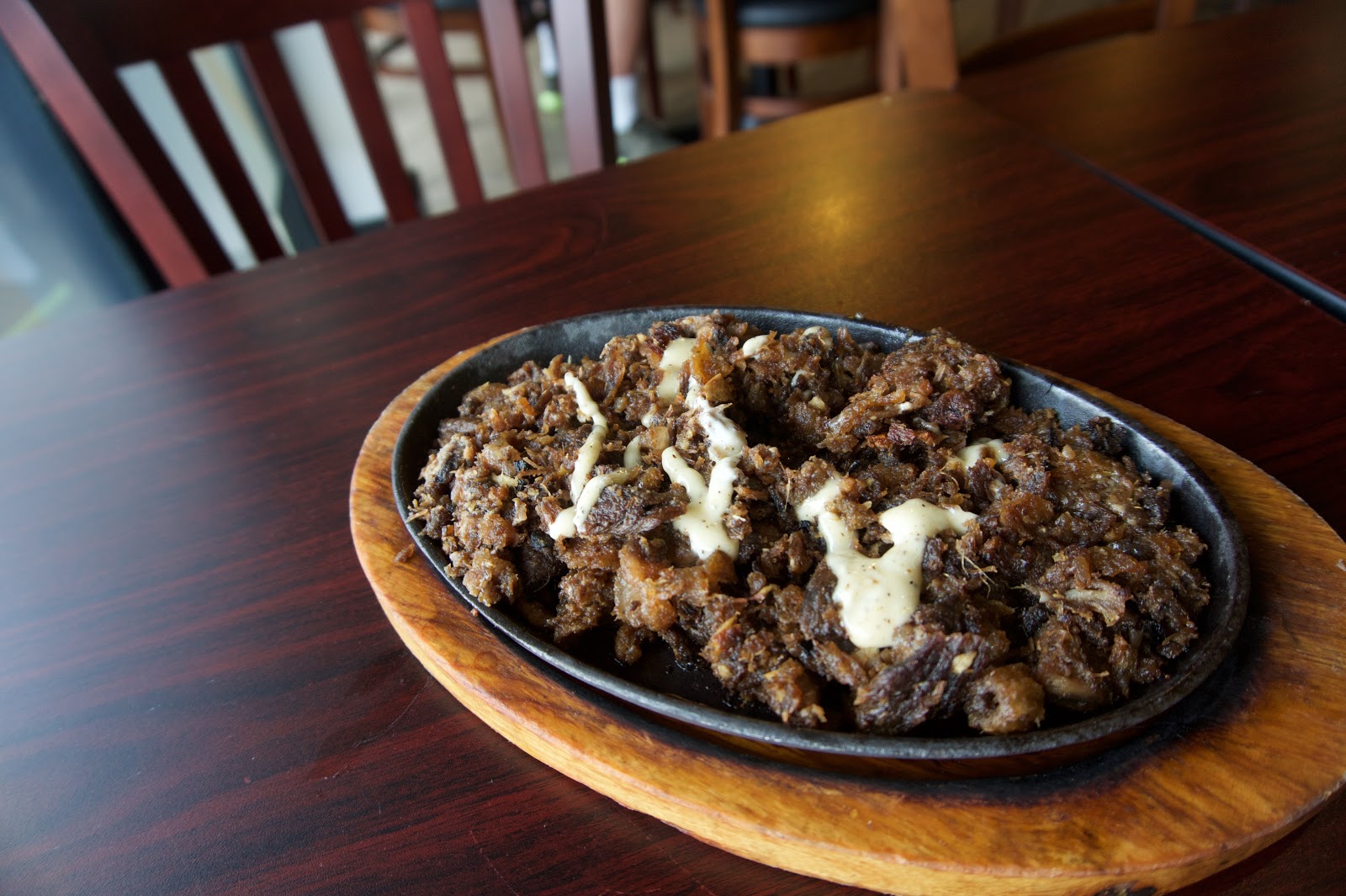 Of course, how could I not order the sisig? Pretty much a staple at every filipino restaurant!! This version was quite nice. It was loaded with crunchy pork skin, and pieces of pork! This was super flavourful and really filling! They drizzle some mayo on top, which added a nice tanginess and sweetness! The pork skin was actually really sharp, a piece got stuck in my throat and I thought I was going to choke to death or something, but thankfully I didn't :D 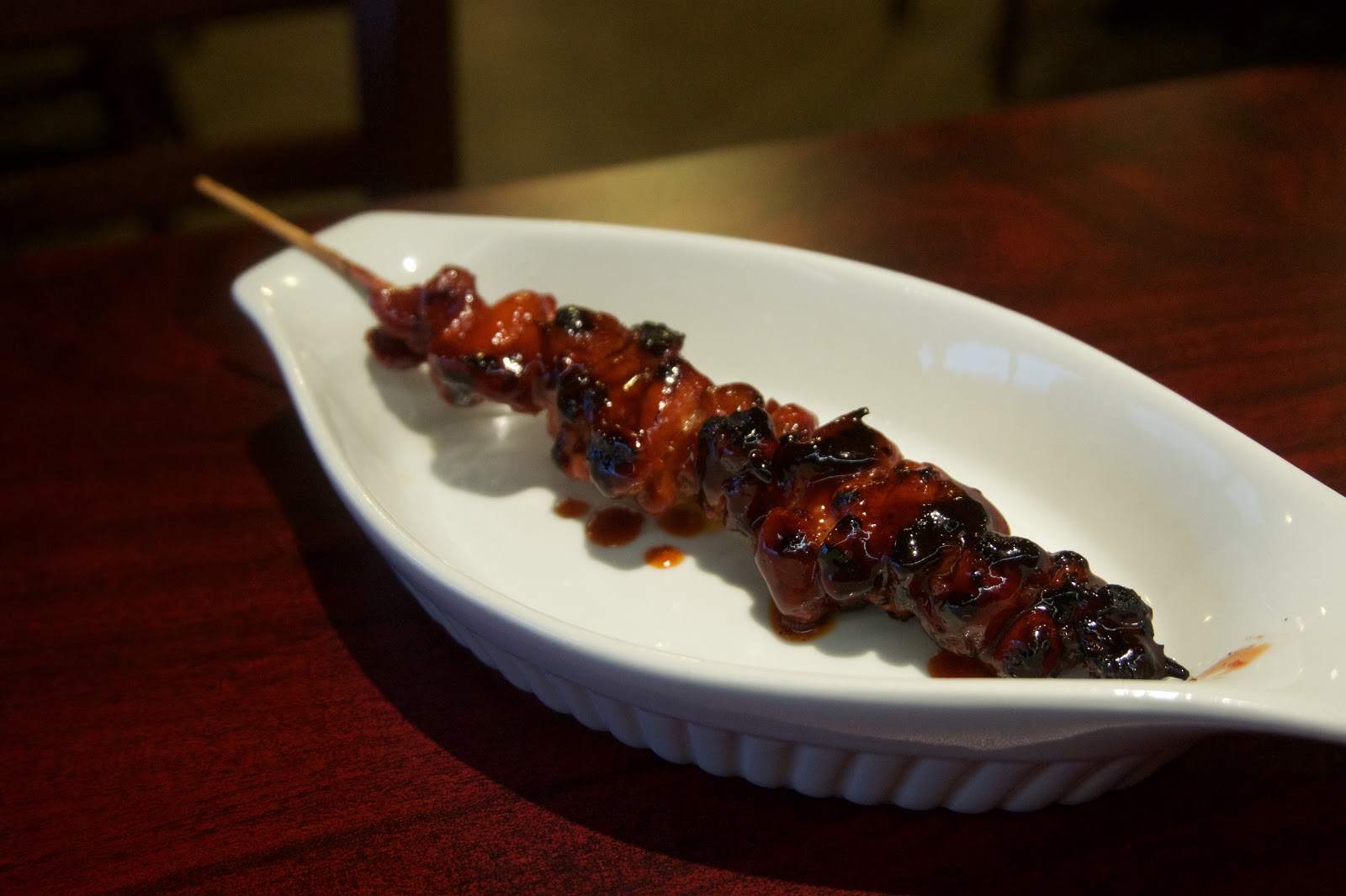 This was really yummy! The BBQ sauce was tangy, sweet, and super addicting! It had a lovely charred flavour to it as well! The chicken was juicy, but also a bit hard (probably from the grilling.) The skewer was actually a lot smaller than I was expecting, because on instagram people were raving about how huge the skewers were! 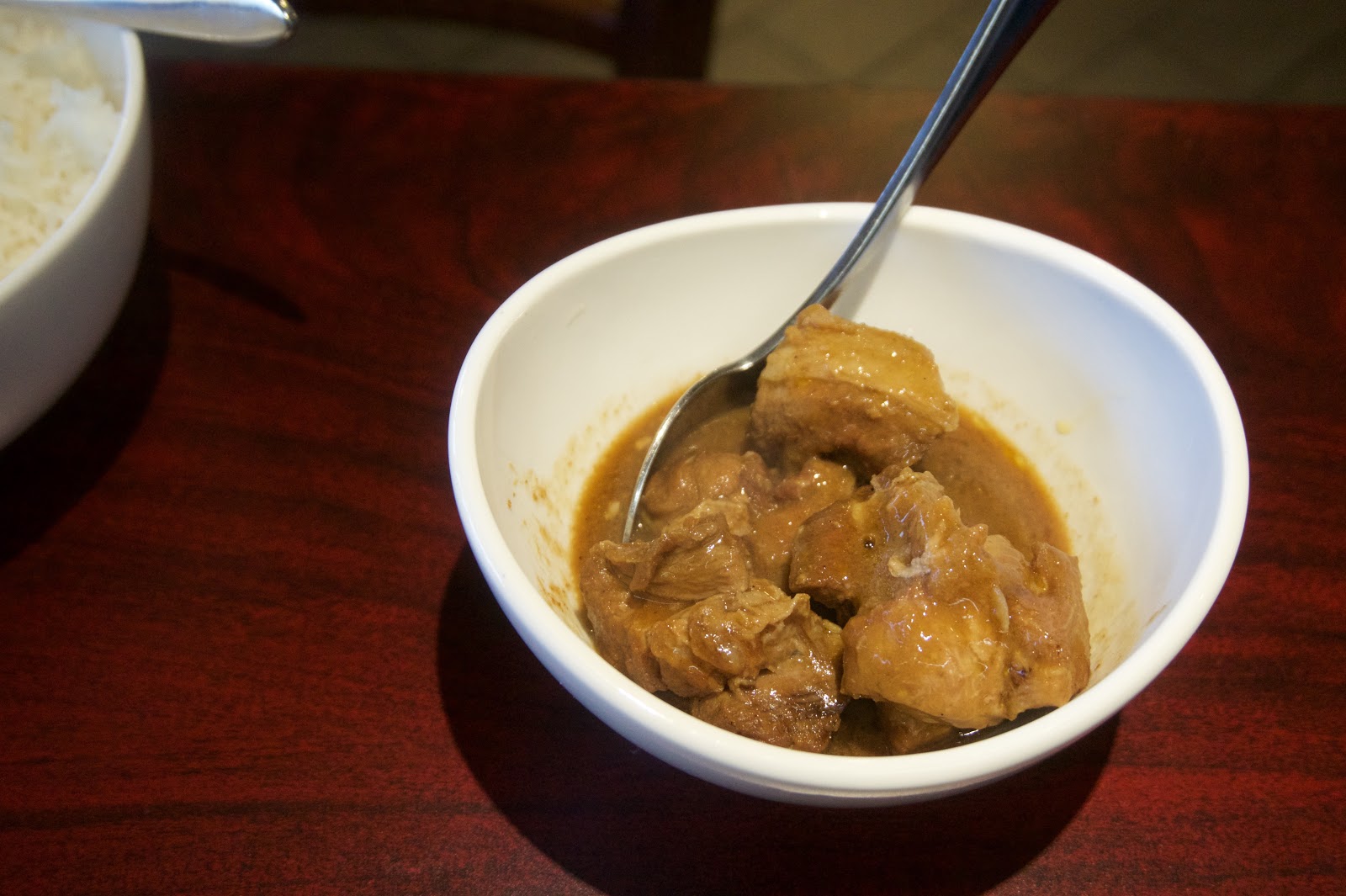 A filipino classic!! This version was really good!! The pork was super flavourful and pungent tasting.The pork was reasonably tender despite being quite lean! This was delicious paired with the white rice! 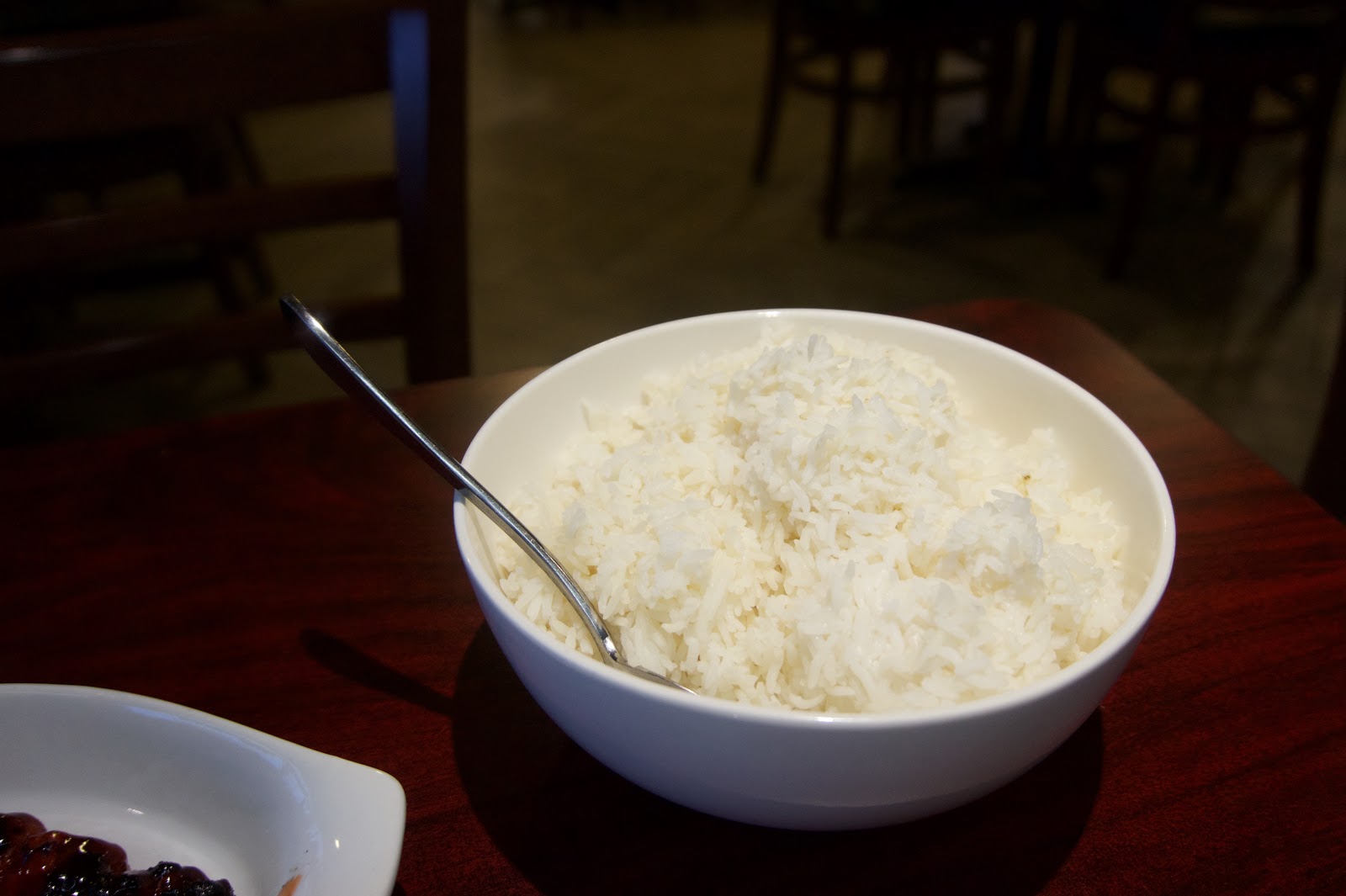 I did end up finishing all of the rice!! I'm a rice bucket afterall! ;) 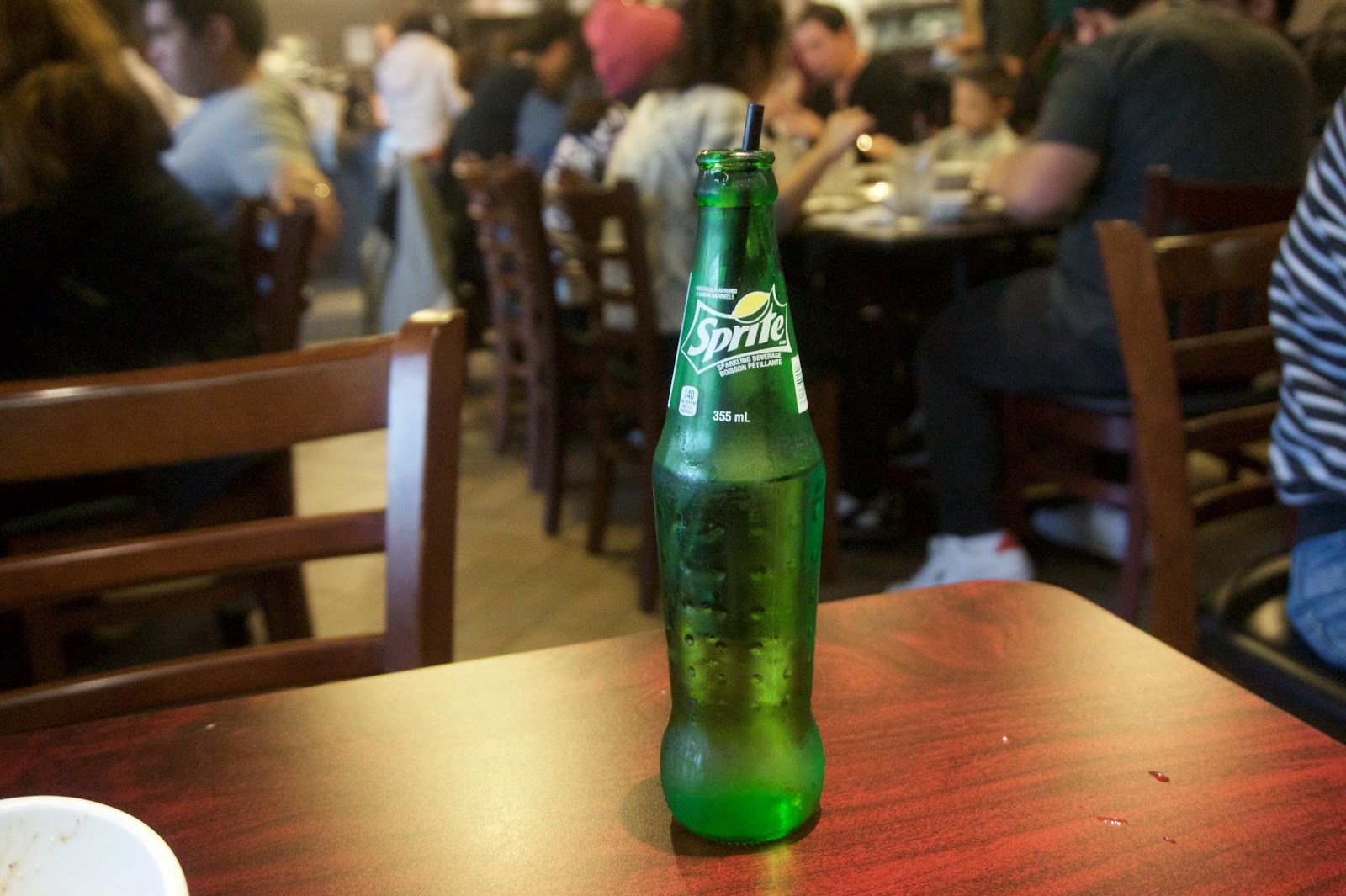 I also ordered a sprite - love how it came in a glass bottle as opposed to a can!! 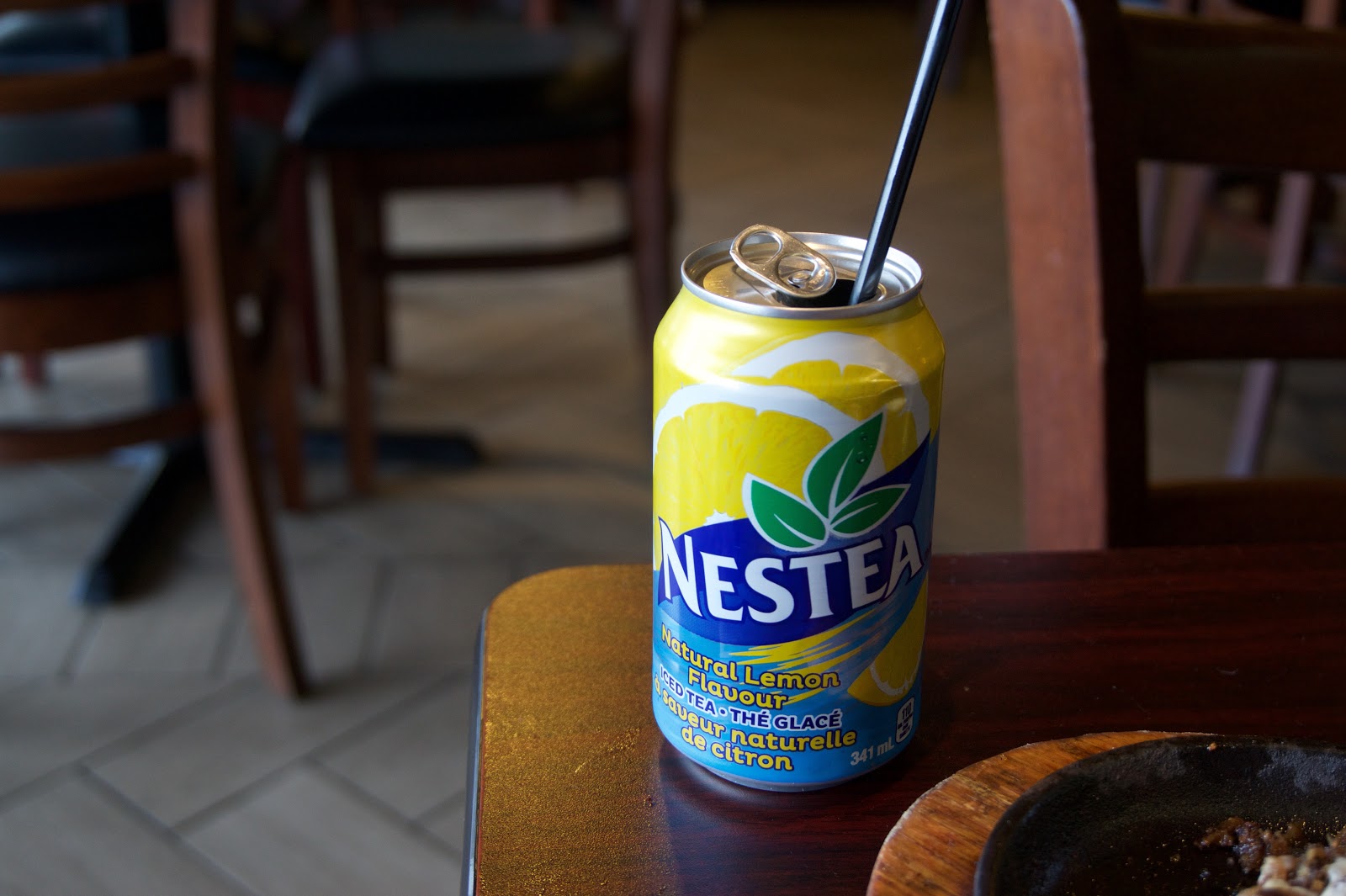 On my first visit I had nestea! 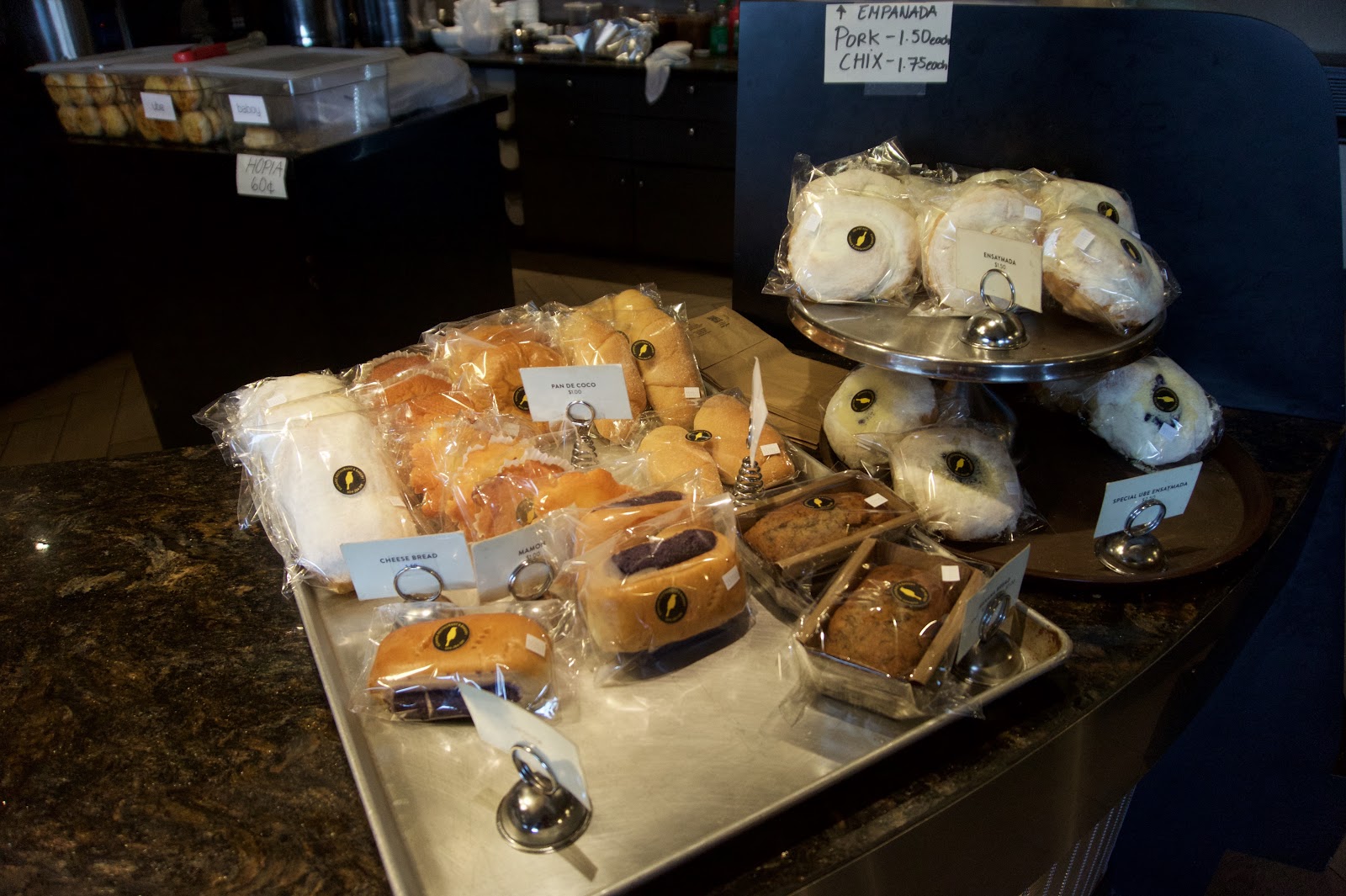 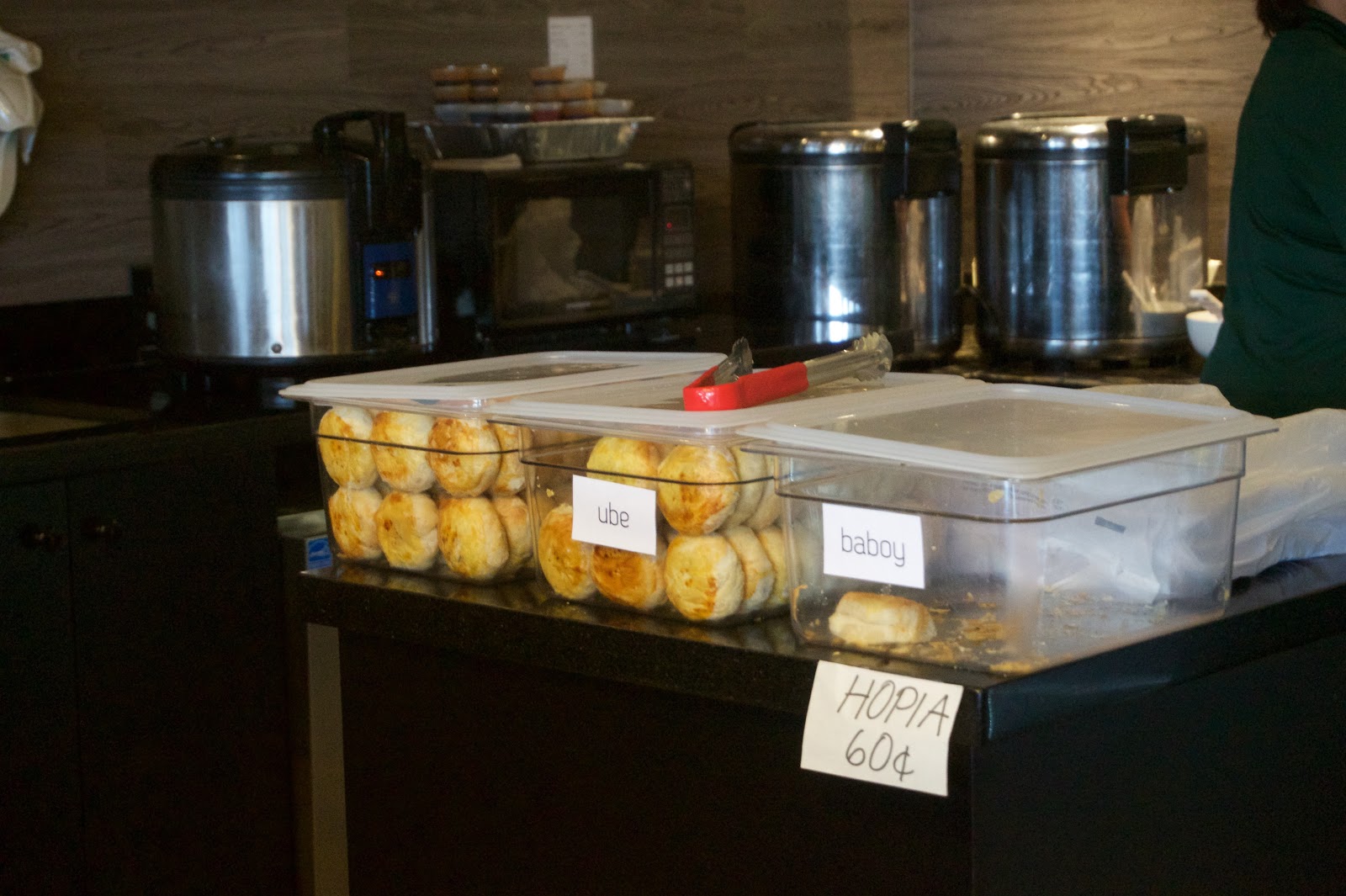 Hopias!! They also sell hopias at Aling Mary's (across the street) and T&T!!