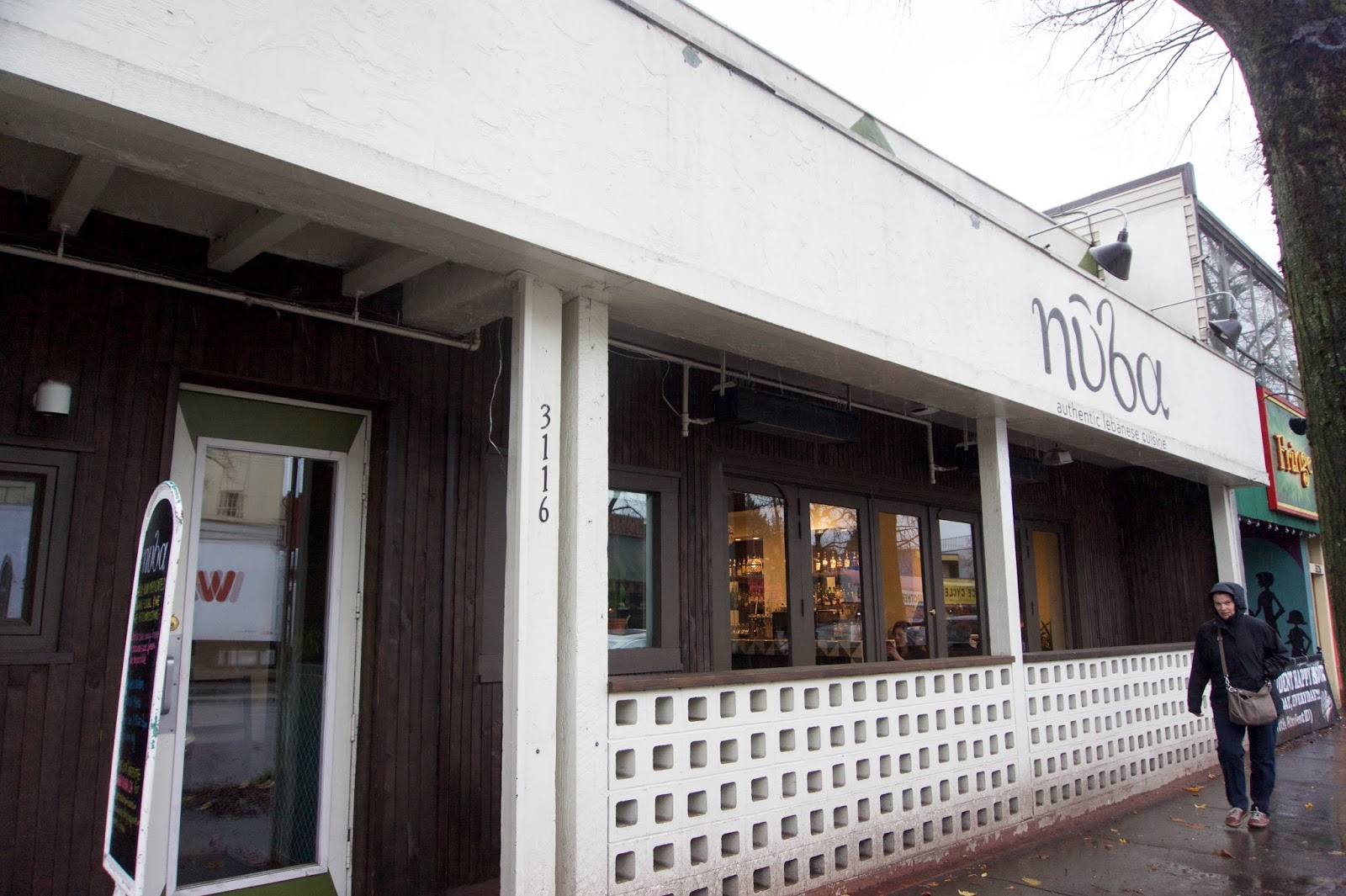 Who went Black Friday shopping this year? I did, but I didn't really buy anything (so much for waking up at 8 am.) Yea, the sales were pretty disappointing this year. I went black friday shopping with my dad ~ one thing about my dad: if he sees a good deal, he'll buy it, regardless of whether he actually needs it or not. Within five minutes of walking into Best Buy, I see my dad grabbing a tv from the shelf.

"Why? We already have one!"

"I deserve something nice. And it's super cheap!"

"Where are you going to put it?"

I'm not sure why I'm talking about Black Friday in this post harhar, forgive me?

I went to Nuba the other day on my lunch break!! I was actually planning on going to Ramen Sanpachi, but when I got there, the entire place was dead. And I mean...dead (and it was 12pm.) And the zomato reviews kind of scared me off ;) Apparently they were really good before they changed owners?

I'll probably still get around to trying it ~ so instead of going to Sanpachi that day, I went to Nuba instead, which is right next door!

I was surprised by how nice the interior was! According to the waitress, they use to be a Greek restaurant!! Nuba has four locations: one in Kitsilano, Mount Pleasant, Yaletown, and another in Gastown! I've been to their Yaletown location, which is more of a express location. It's really tiny and operates like a cafeteria.

Oh, and if you check in on Yelp, you get a free drink!! So I got a free organic iced tea!! Awesome! 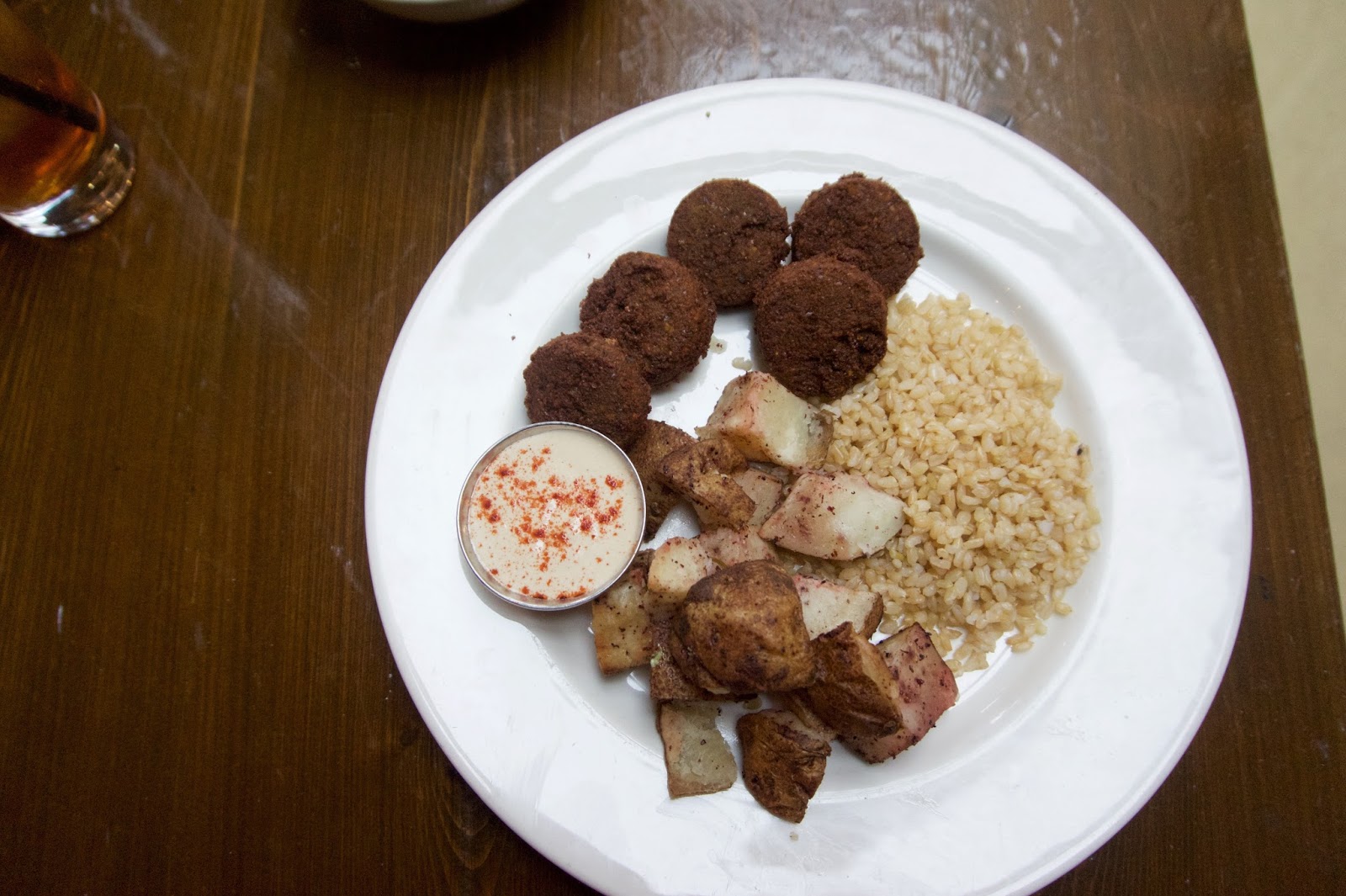 The fafalels were quite yummy! The fafalel was really flavourful, but the outside was a bit hard. The potatoes on the other hand, were mushy and rather bland. I definitely would've preferred if the outside was a bit crispy. The rice was alright, the portion size was a bit small though! It also came with some sesame tahini on the side, which worked well with the fafalel! 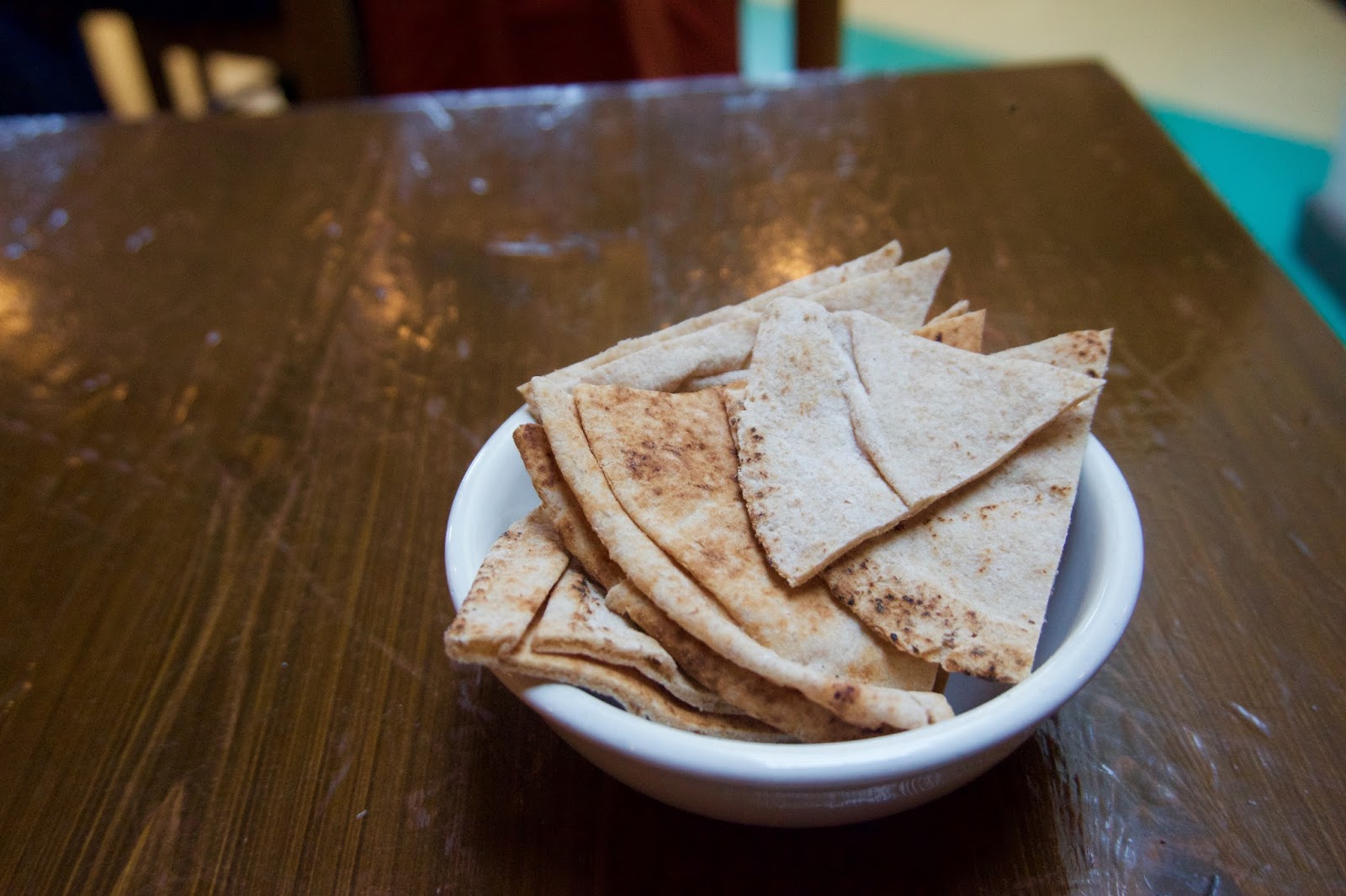 My meal also came with some pita bread! The pita was okay, it was a bit dry and sandy tasting, but dipping it in the tahini helped a bit!! 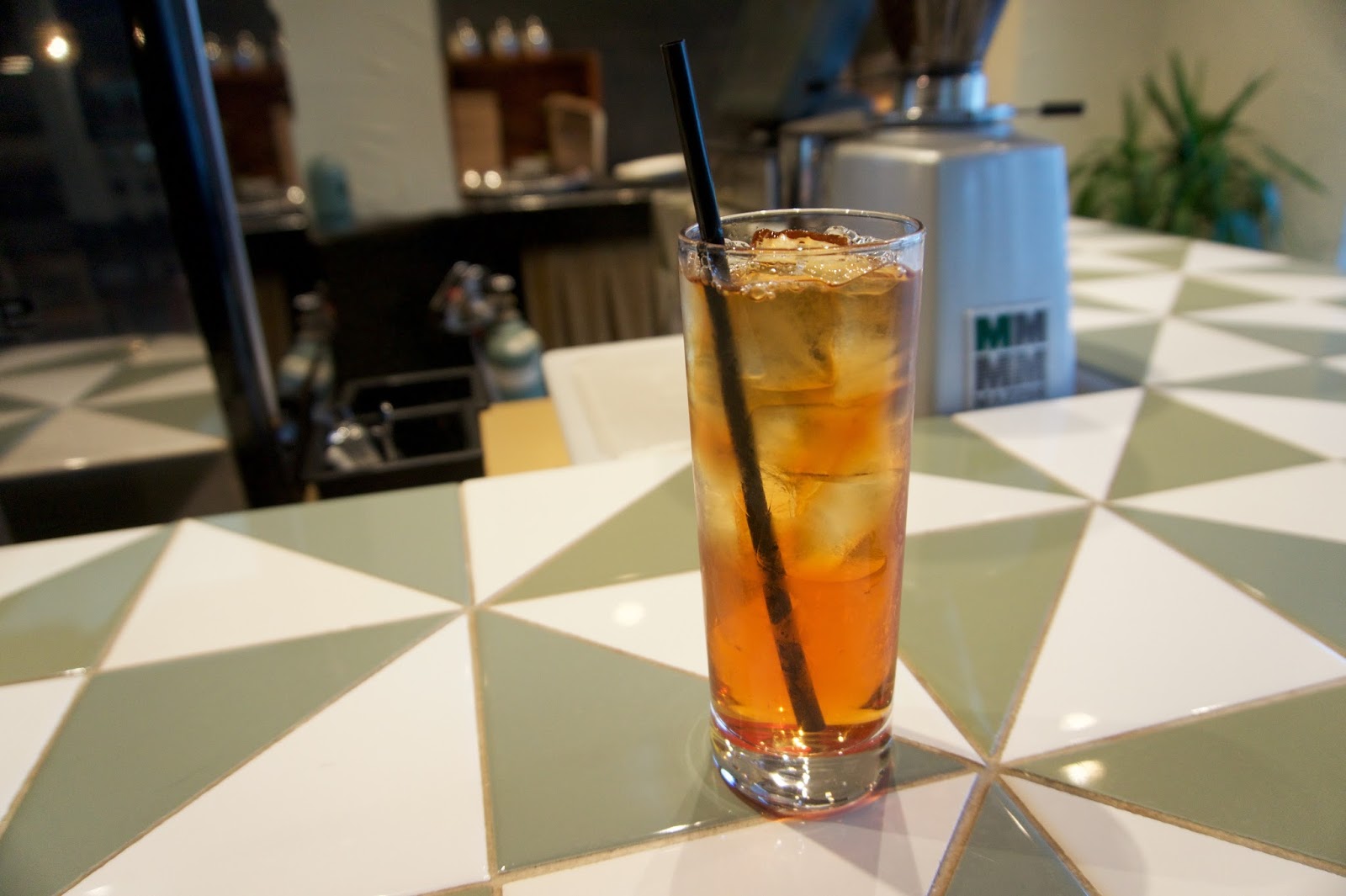 So refreshing! This was really good, the tea flavour was strong and it didn't taste watered down at all! You also have the option of adding agave syrup! 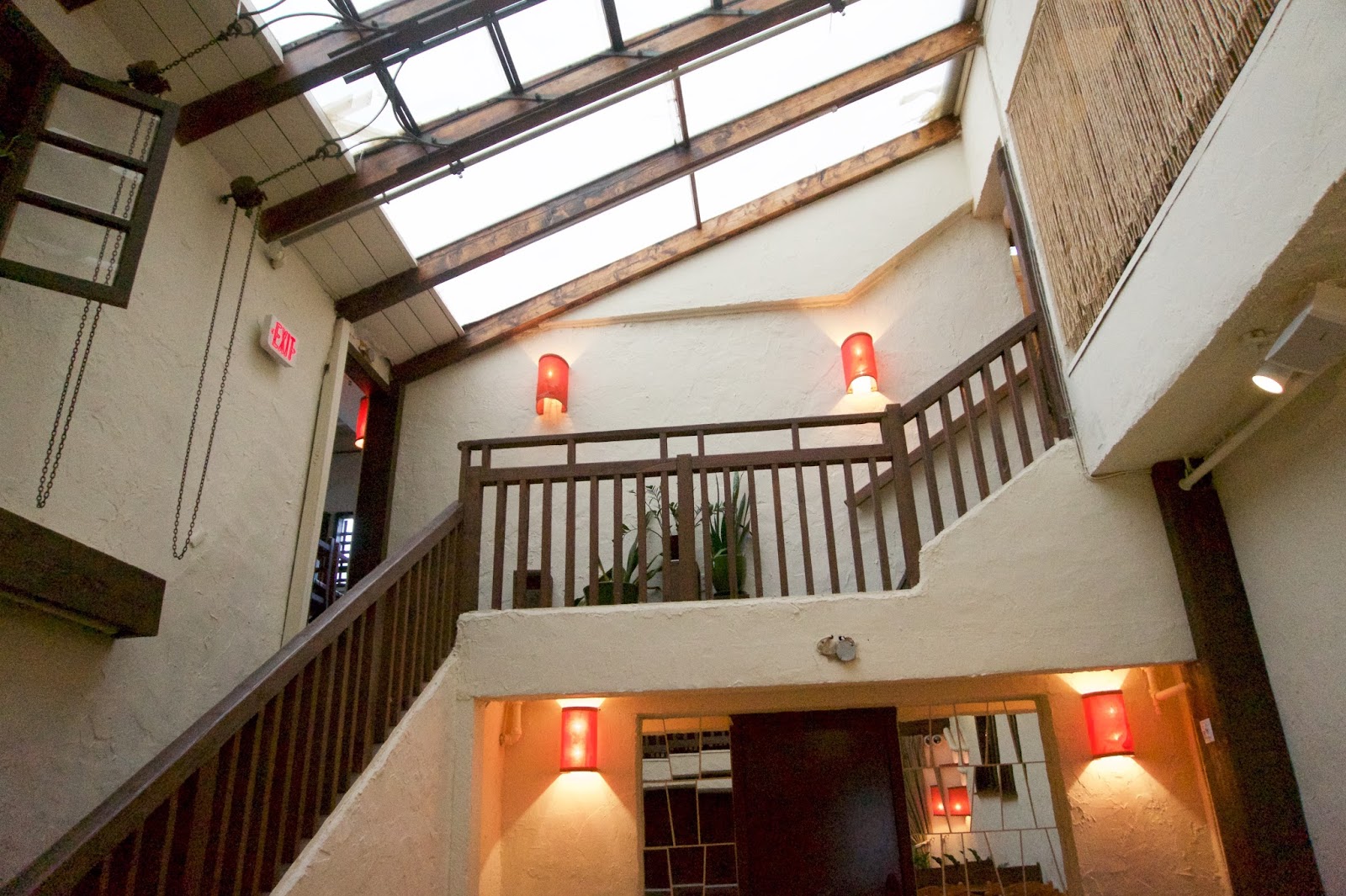 So pretty!! I'm a sucker for neat architecture!! :D