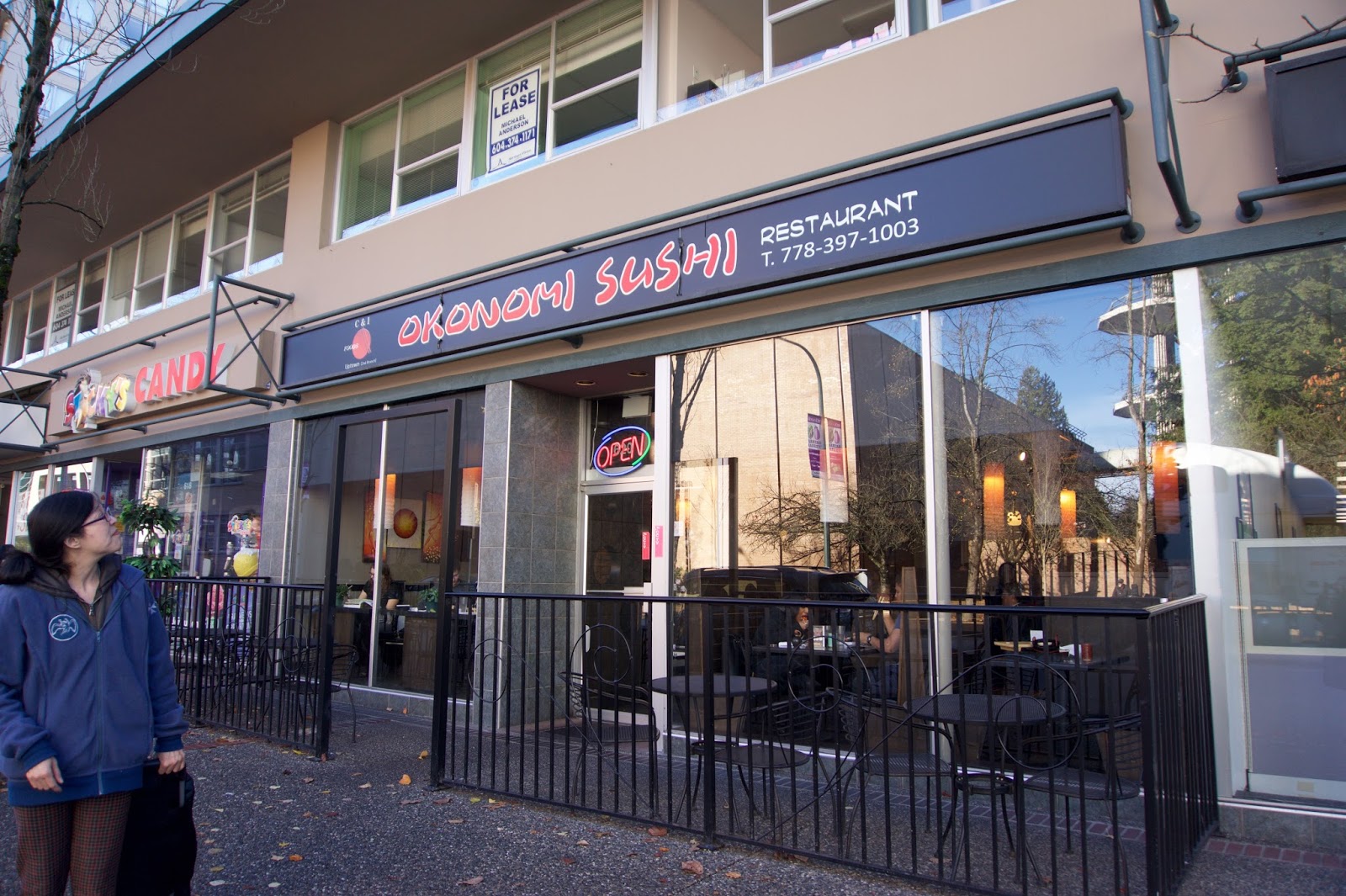 Ever since we moved into our new house, my mom and I have been "poking" around our new neighbourhood looking for good eats!! Our new house is technically in Burnaby, but the New West border is literally right across street!

We're actually pretty familiar with the area, my mom lived in the neighbourhood for 20 something years before moving to Metrotown in '07!

My mom got a bit emotional when were we strolling around sixth street. She was like "I use to walk on this exact street all the time with dad." RIP Grandpa <3

After walking around for a bit, we spotted Okonomi Sushi!! Okonomi is actually a chain, with three locations! Two in New West (one on Sixth, another near Columbia Station) and one in Surrey (beside Gateway Station!) Apparently Okonomi Sushi changed their name to Sushi Well! Their awning still says "Okonomi Sushi" but online they're listed as Sushi Well! Which is kind of confusing~

You know what the waitress said when she gave us our bill? She took one look at our empty plates and said "Wow, you guys are thin, but you eat A LOT!!"

I have to eat a lot to maintain my current weight. If I eat less I drop into the underweight category harhar. My mom was like "I was exactly like you when I was your age. I could eat an entire pizza, one loaf of bread, or an entire cake in one sitting! You better take advantage of it while it lasts!! Just wait until you get to my age." 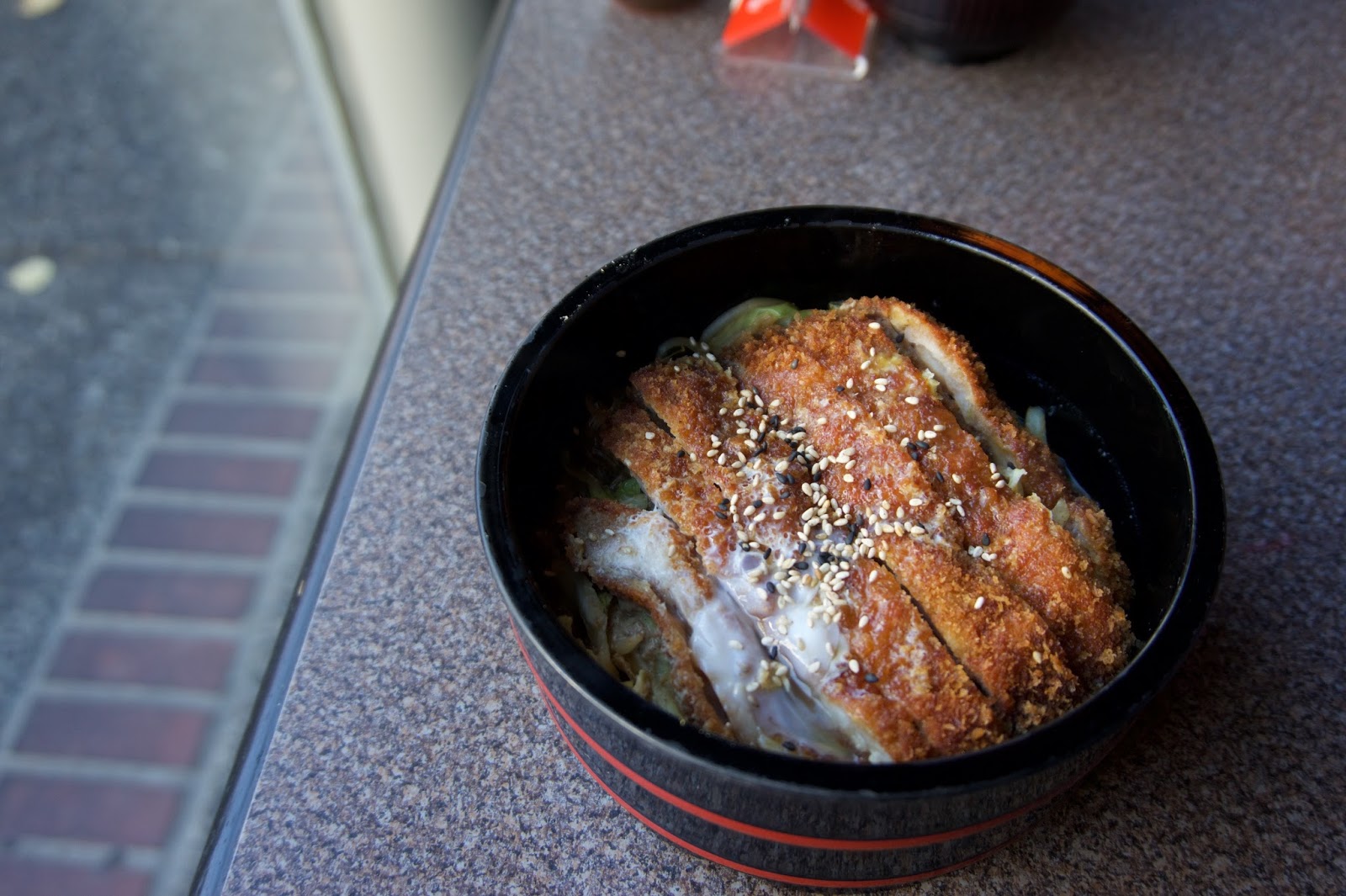 I was debating between this or the tonkatsu! In the end I went with the katsu don because my throat was really sore that day, so the katsu don seemed like a better choice!!

The katsu itself was quite good, it was moist and really flavourful! The veggies & rice however, were lacking. The veggies were super watery which made everything on the bottom really mushy. The rice was so mushy it turned into porridge! But bonus points for using purple rice!! :) 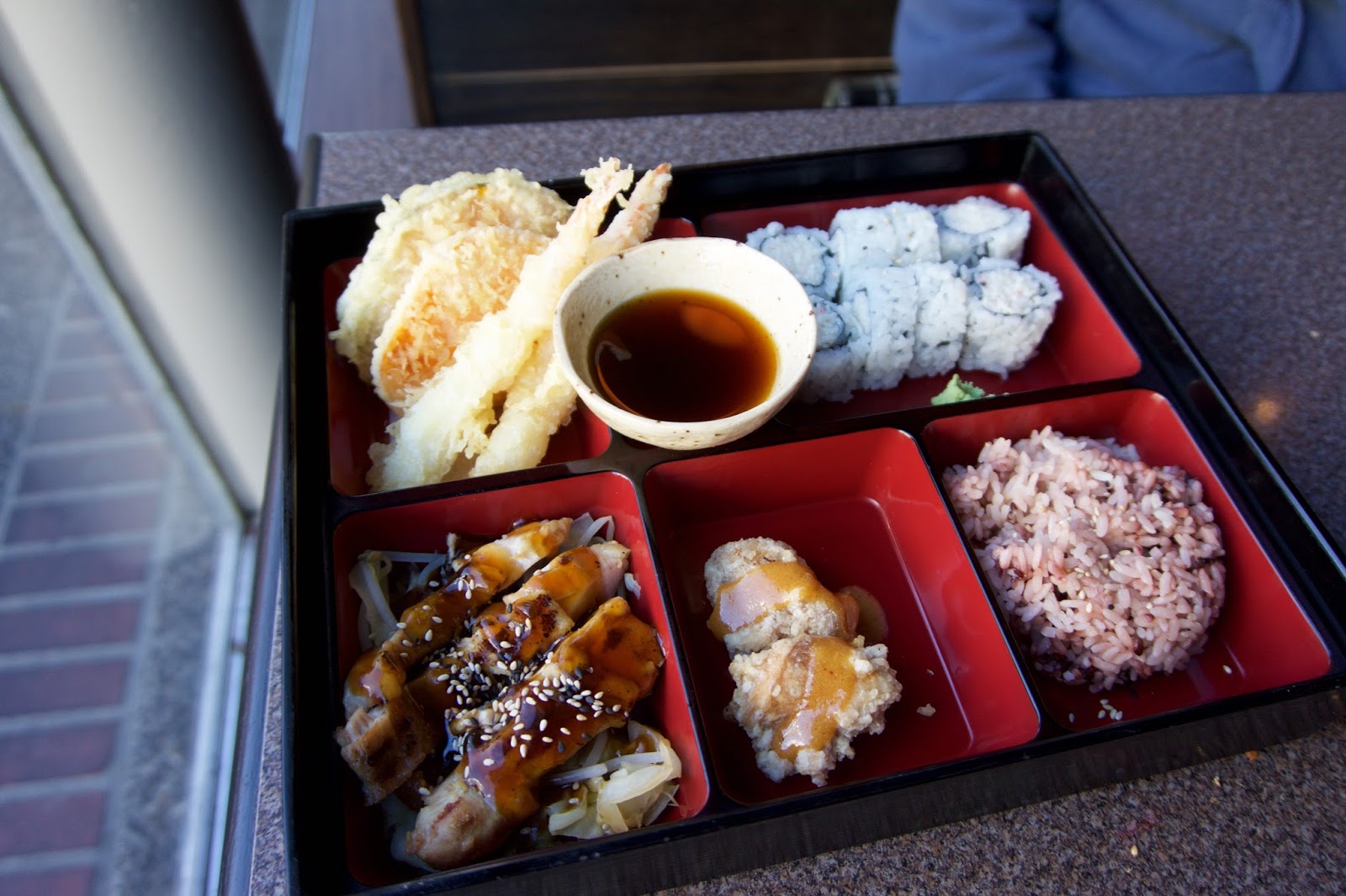 This was such a good deal! The chicken kaarage was the best part of the box! The chicken pieces were super moist and crispy! The sauce on top was a tangy honey garlic sauce of some sort, which went really well with the chicken!

The chicken teriyaki was pretty average, the chicken was moist, but I thought the sauce was overly gloppy. The tempura was tasty but average in the grand scheme of things. I really liked how they use purple rice instead of white rice! :D 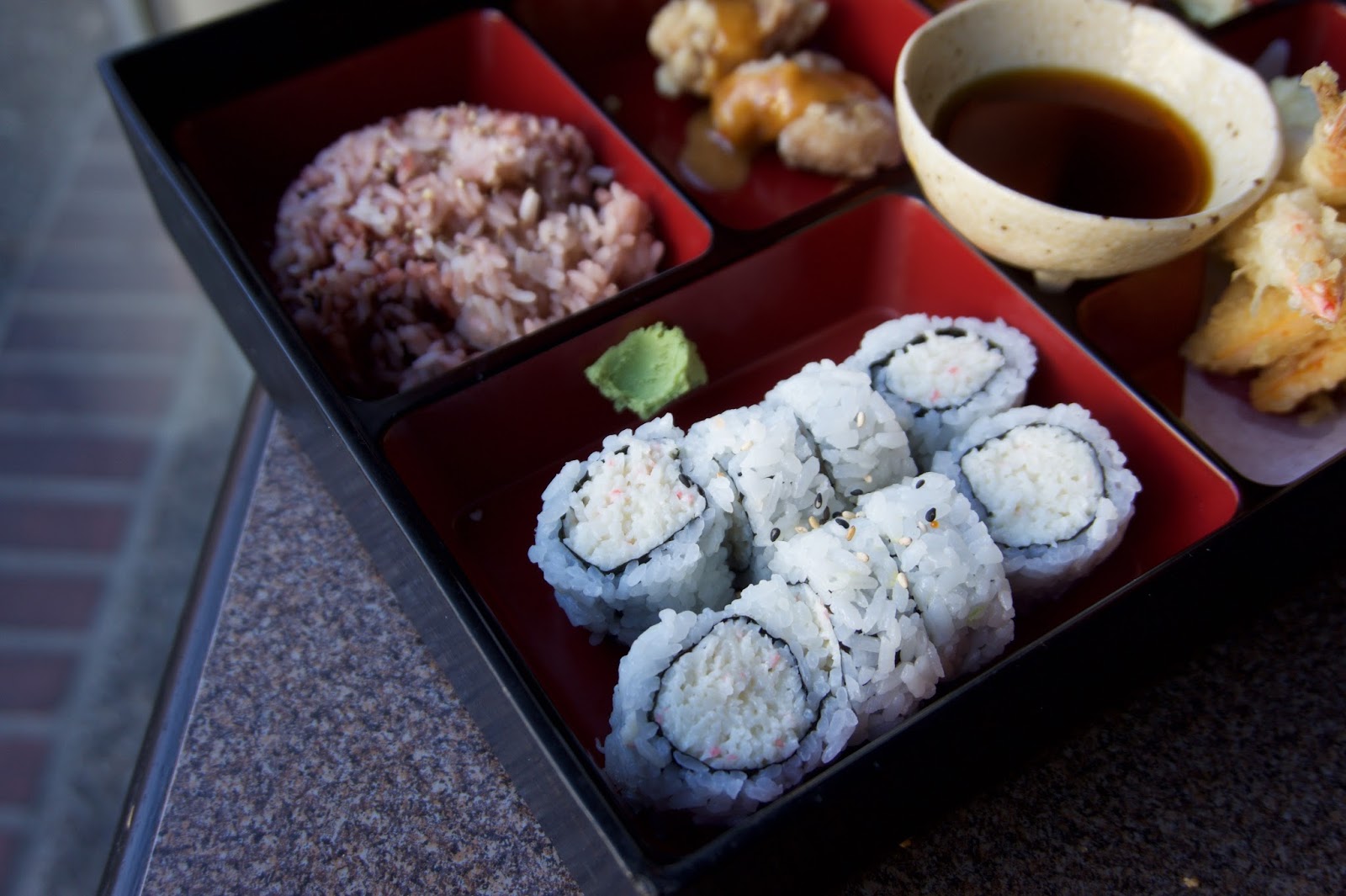 I haven't had a cali roll in soo long!! I must admit that I have a soft spot for california rolls!
Mmm nothing like some imitation crab meat ;)

This was really good version! There wasn't a lot of rice and the crab was really flavourful! There was an adequate amount of mayo and the filling wasn't too mushy. 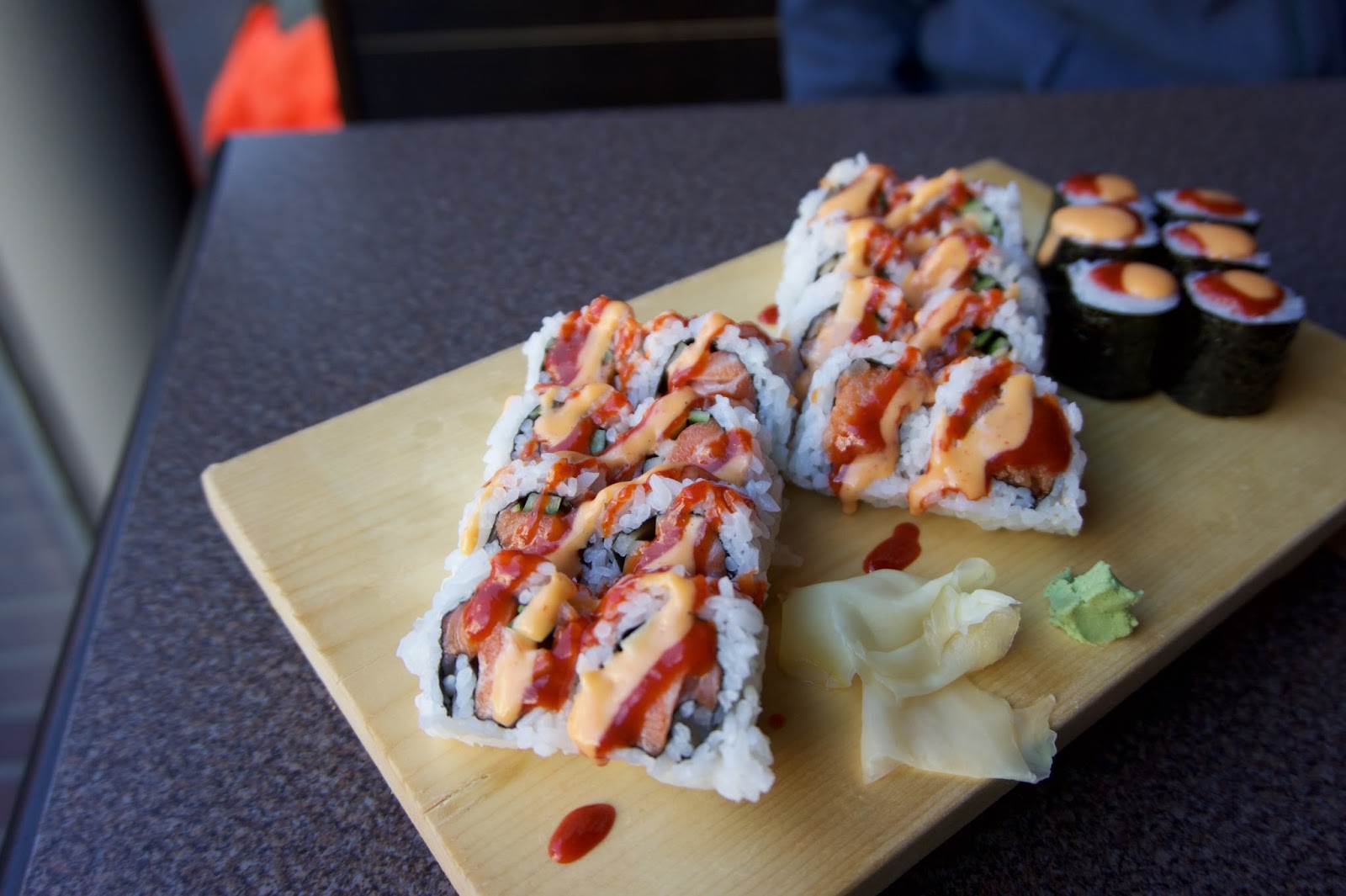 After much indecisiveness, my mom settled on the spicy maki combo, because she wanted sushi!! We both agreed that the rolls were yummy, but pretty standard. We were a bit disappointed that they didn't use the (advertised) pink sushi rice, because Okonomi is known for their pink sushi!! The sauce was your typical mixture of Sriracha and mayo! My mom thought that it wasn't spicy enough. The rice was decent though! It wasn't dry, but it could've used a bit more vinegar. The chopped scallop came as a maki, which we weren't expecting. It was still pretty good! The roll was neatly assembled and nothing tasted amiss. No complaints really! 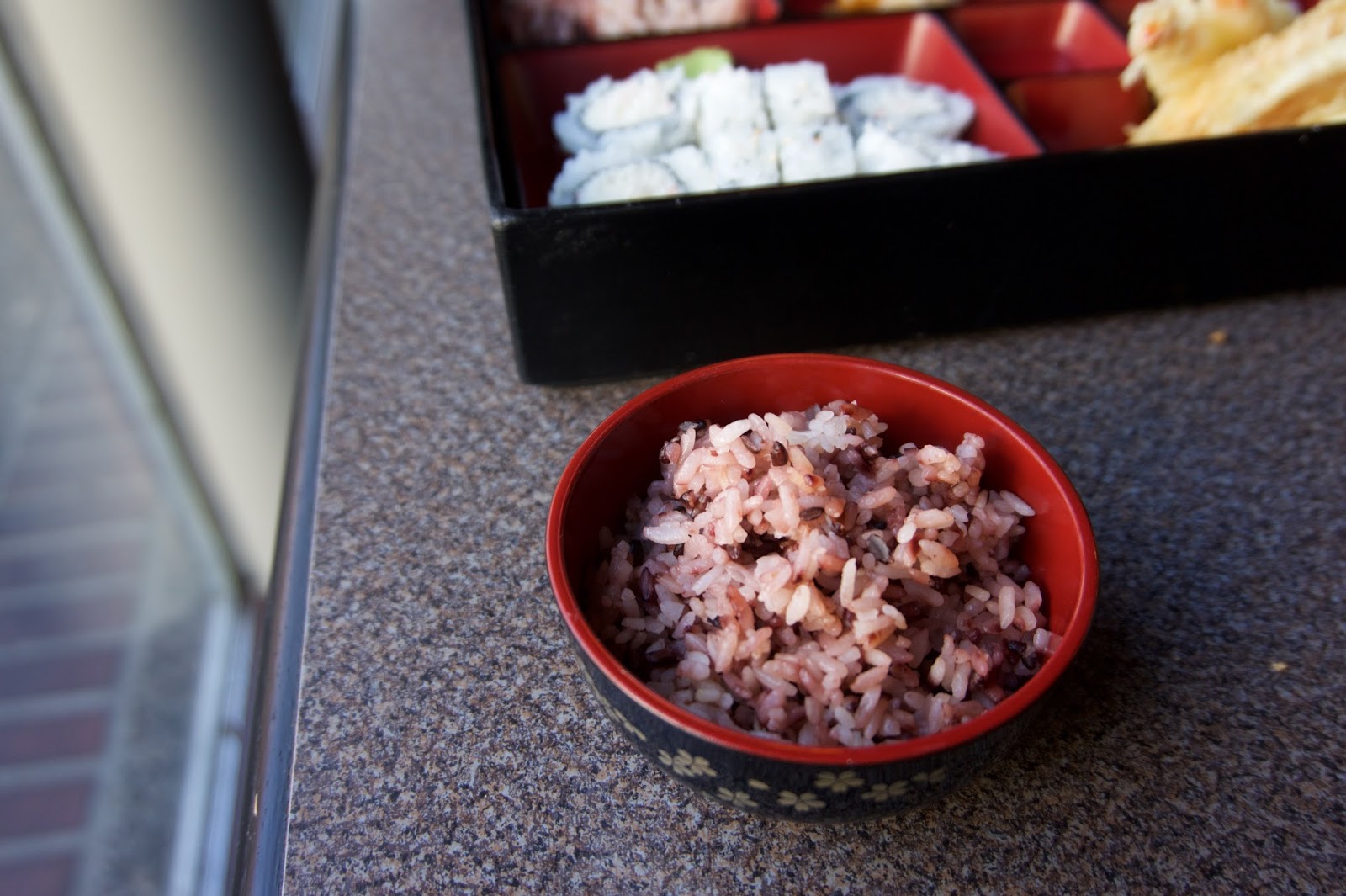 I asked for extra rice instead of salad for my lunch box!! :D 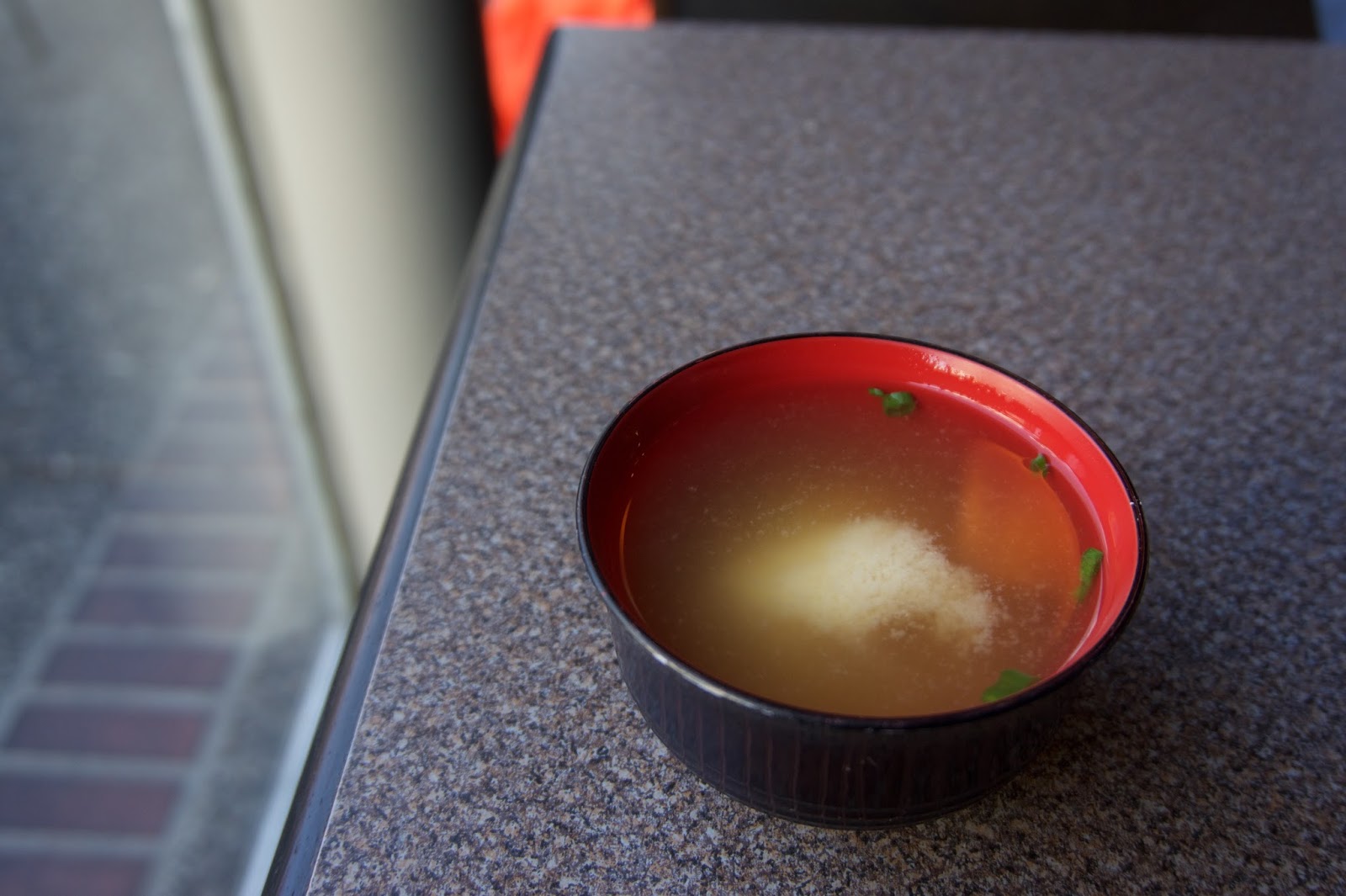 Our combos also came with some miso soup! 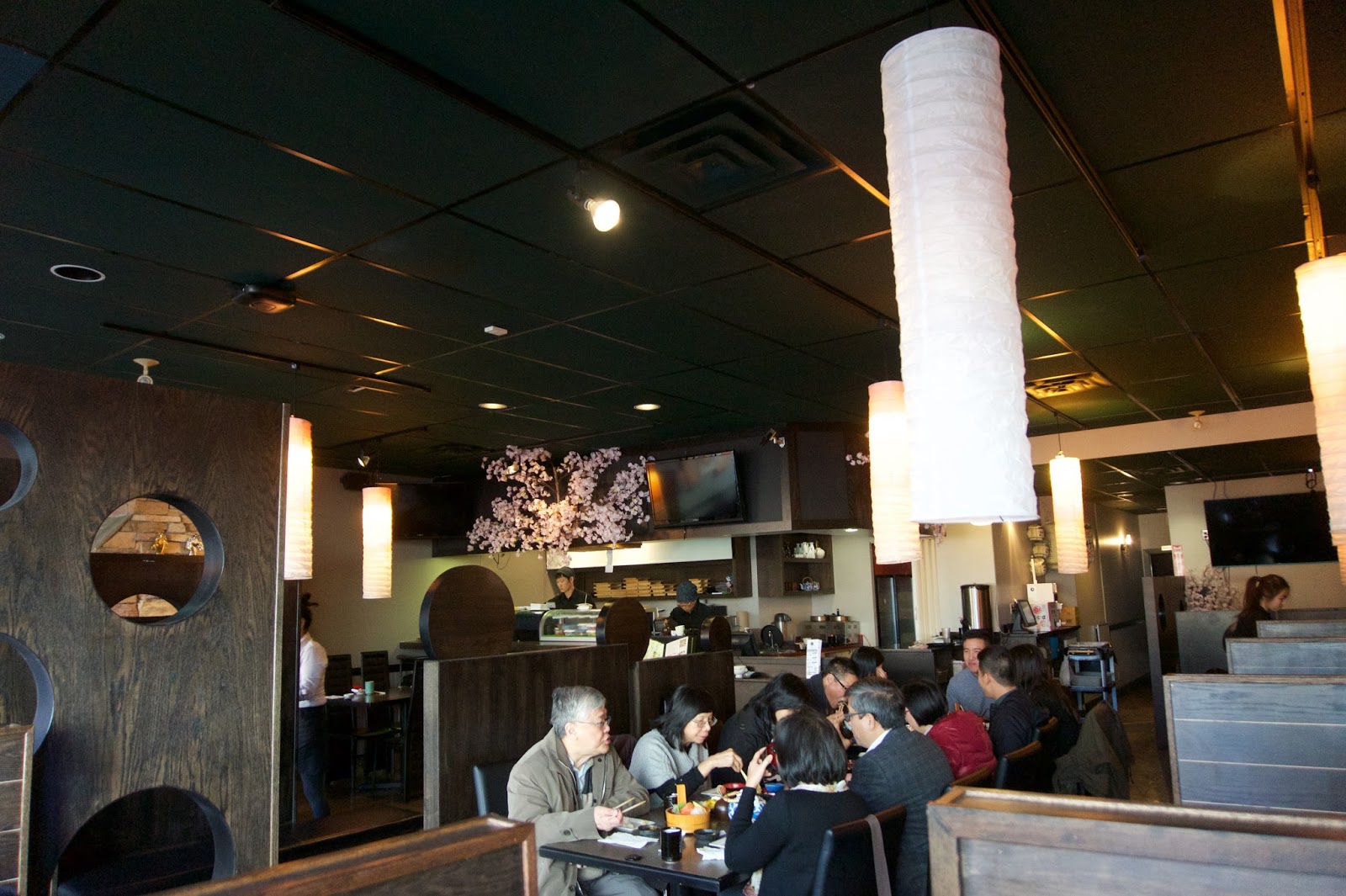 I was surprised by how nice the interior was! Looks like they did a reno! 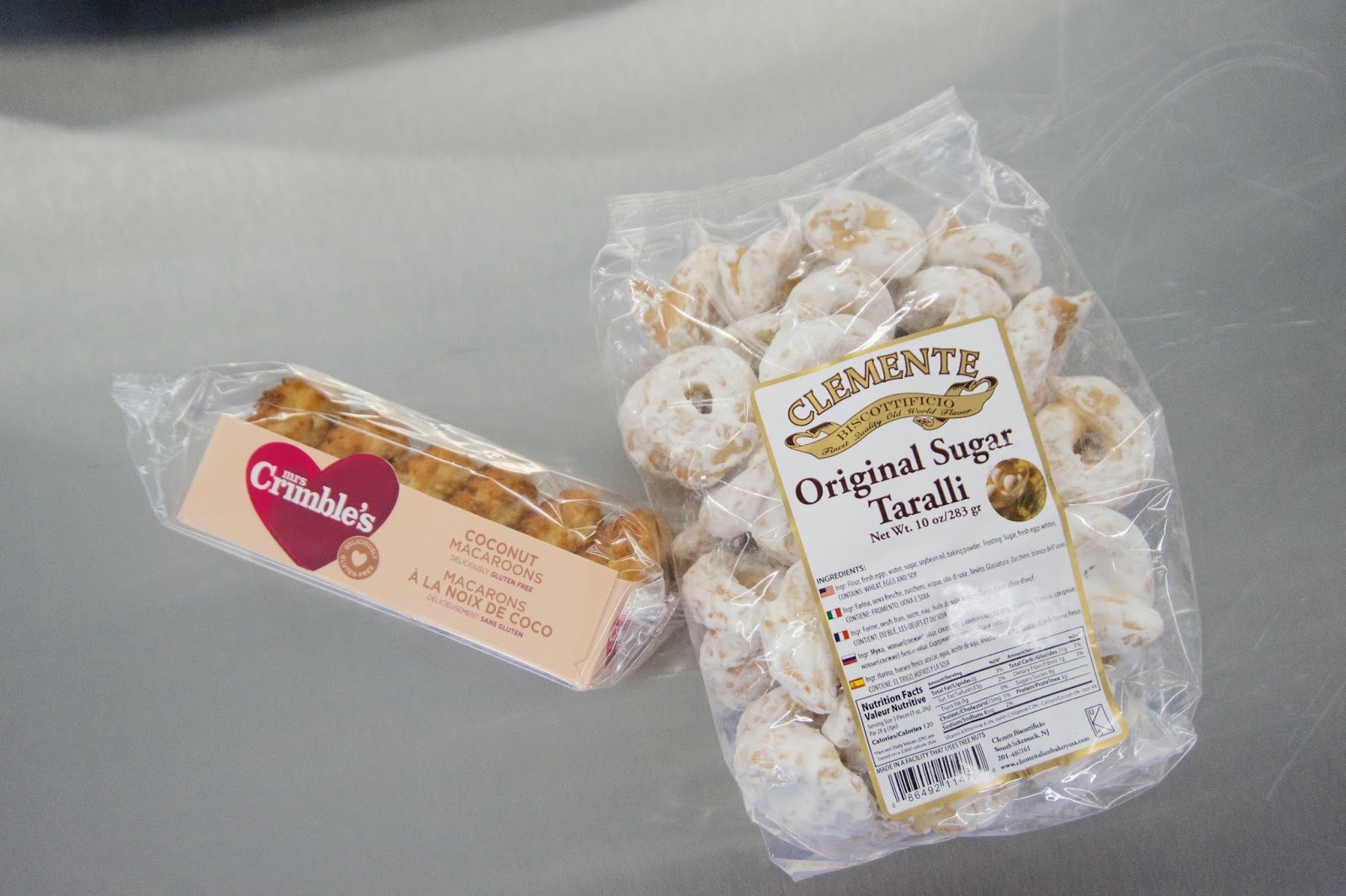 After lunch we went to the new Walmart in Royal City Centre for some snacks!! We ended up getting some coconut macaroons & sugar tarallis! The macaroons were SO good hehe. Highly recommend. You can find them in the gluten free section at Walmart! 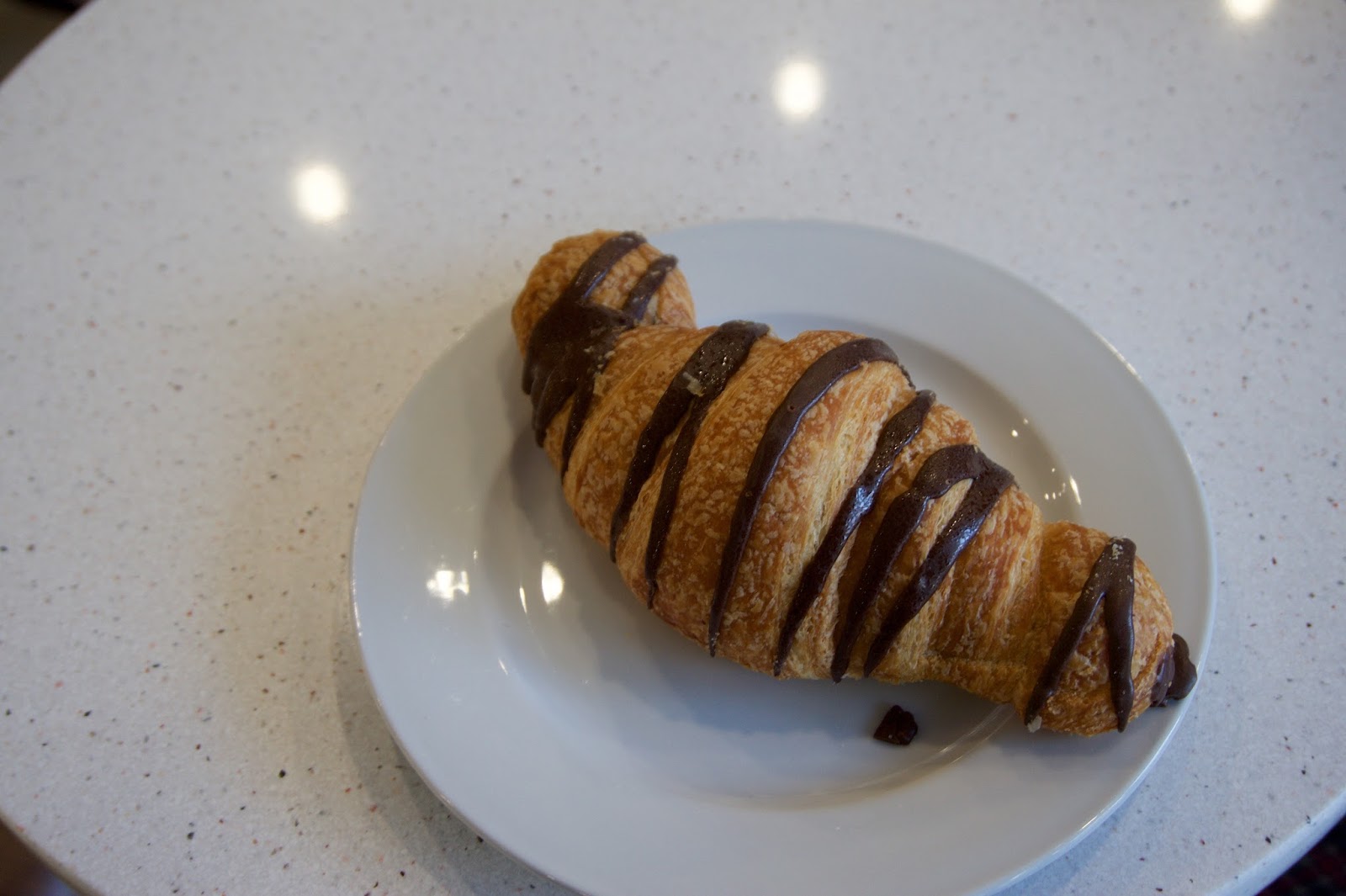 Then we went to Waves Coffee to do some homework and my mom had a chocolate croissant, which she thoroughly enjoyed. Twas' a good day ~