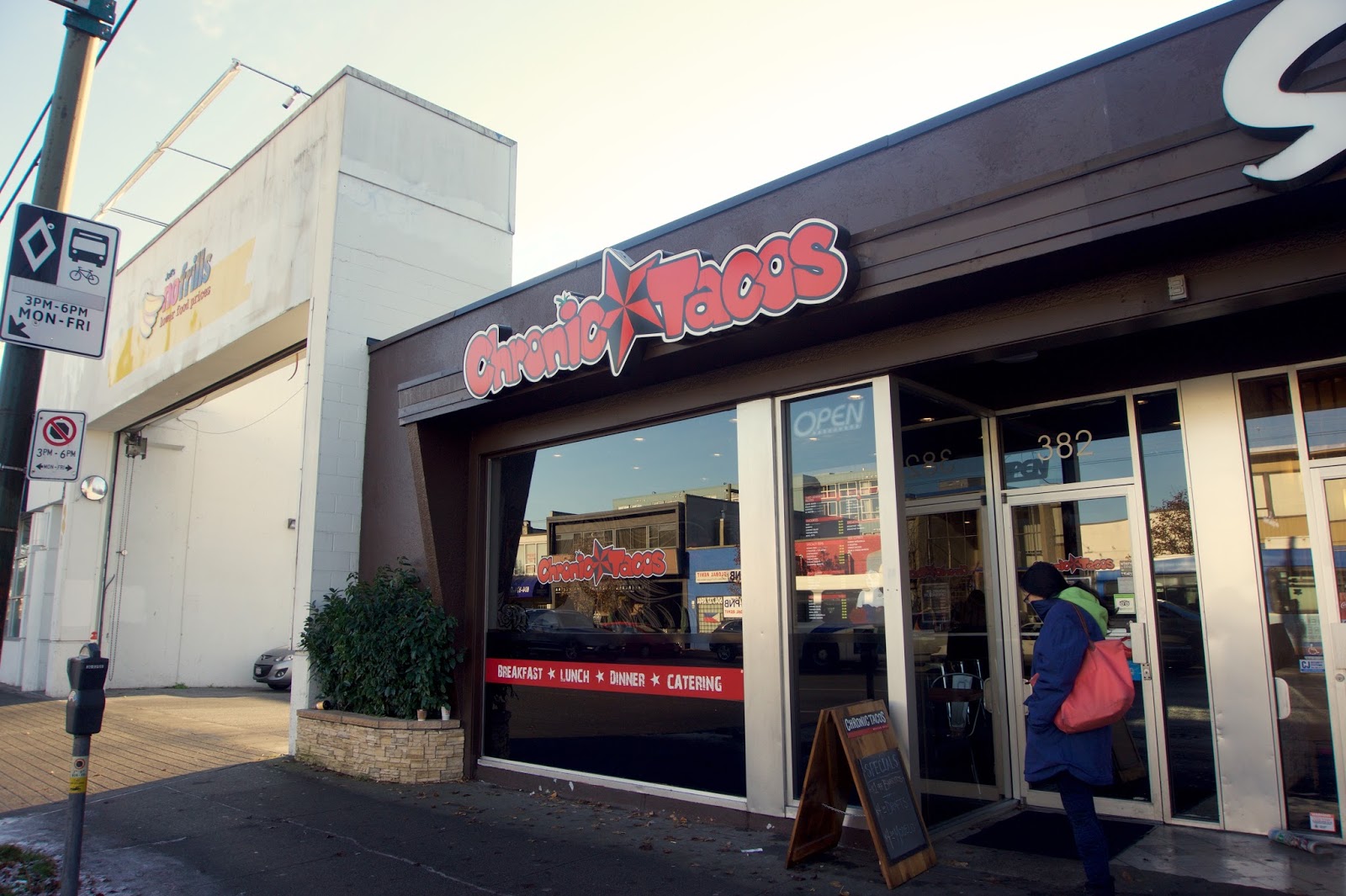 I've been craving burritos like crazy lately. I don't know, there's just something so satisfying about biting into a monster sized wrap. I went to Whole Foods the other day - they have a build-a-burrito bar (ha) near their pizza counter. So the only logical thing to do was to go and build a burrito :D

A single burrito from Whole Foods obviously wasn't enough to satisfy my burrito craving, so the only answer was to go searching for moarrr burritos!! My burrito search brought me to Chronic Tacos, which is just a steps away from Broadway City Hall Station!

Considering that it was Monday, I wasn't expecting much of a crowd. Boy was I wrong! After sitting down, the crowds started pouring in!! I'm suspecting that it had something to do with the fact that burritos are $1 off on Mondays - that, or they just make really awesome burritos ;)

Chronic Tacos operates cafeteria style (a la Chipotle.) They make your burrito at the counter and after you pay, you seat yourself!

I was totally sucked in by their whole "Check in on Yelp and get a free bag of tortilla chips!!" thing heheh. From what I observed, I got a full sized bag! The people working there were quite nice, I asked for 3 extra scoops of rice (typical right?) and they didn't charge me extra! 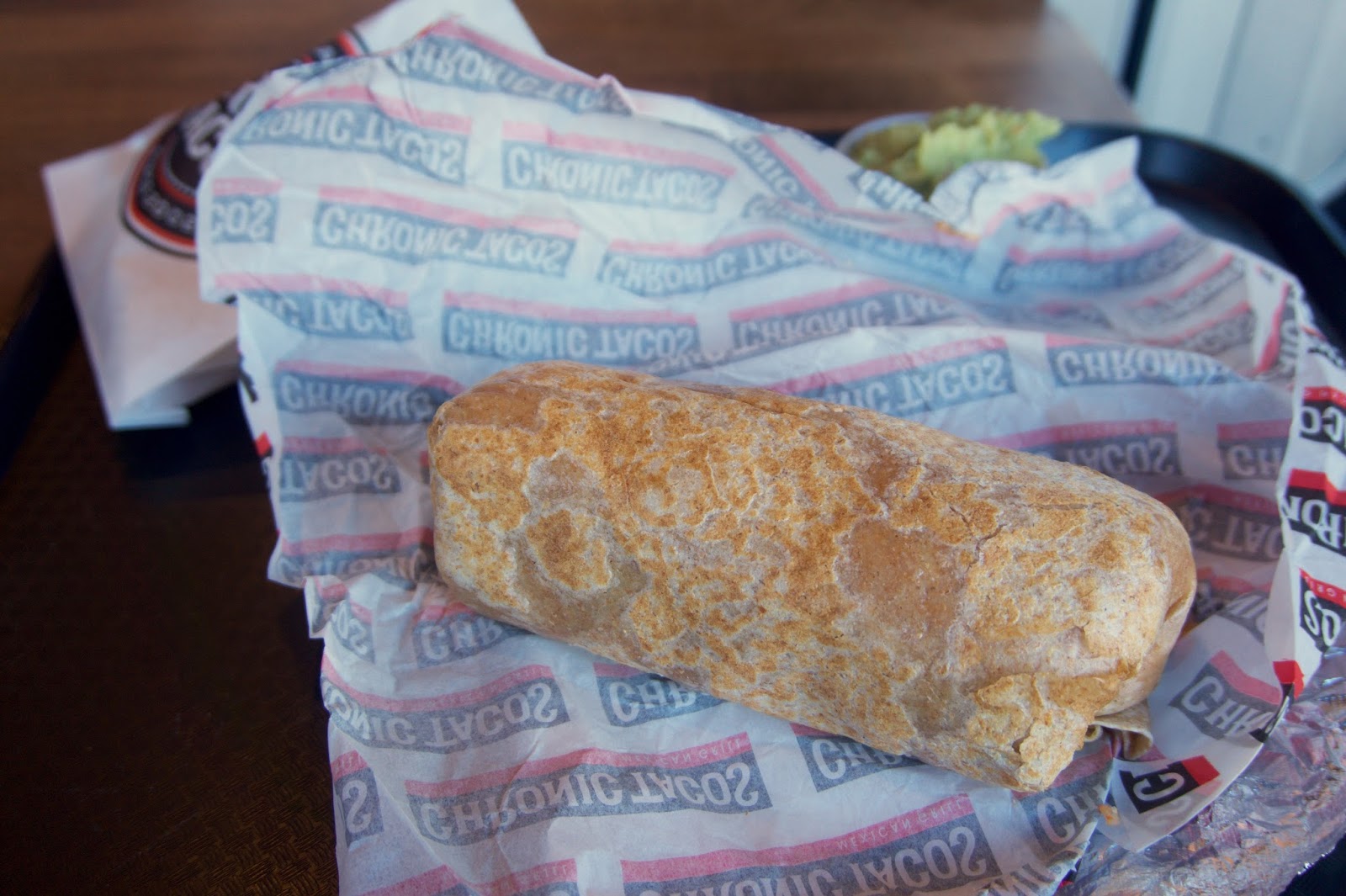 We got two burritos + a bag of tortilla chips! :D 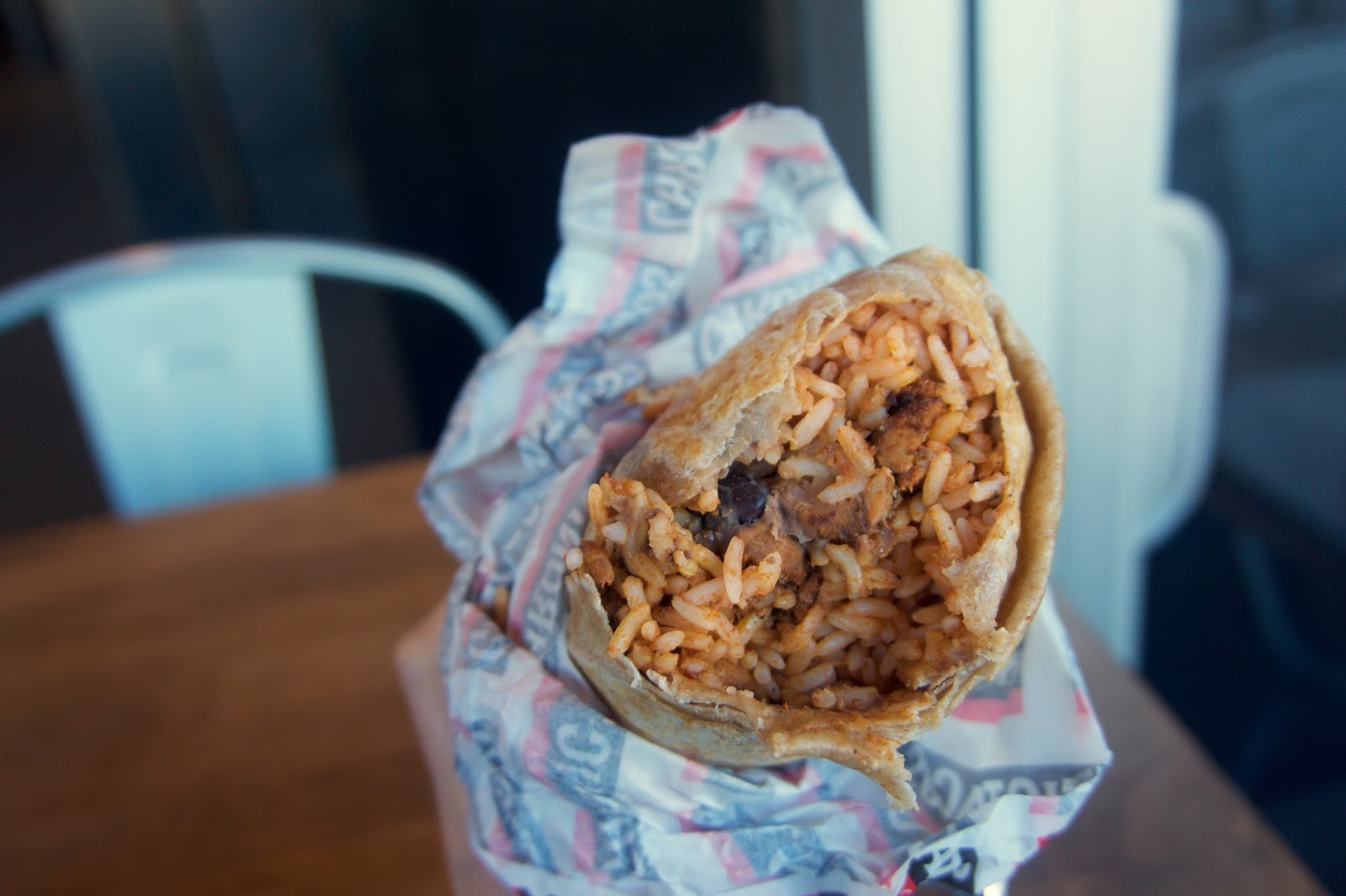 My burrito!! This was decent. Not as good as I was expecting. The meat could've used a bit more flavour. The Al Pastor from La Taqueria down the street is league's better. It was sufficiently moist though. The rice was flavoured and not too dry/soggy. The beans were well cooked and not overly mushy either. This made for a pretty filling meal. Overall, it was pretty good, but not particularly exciting. 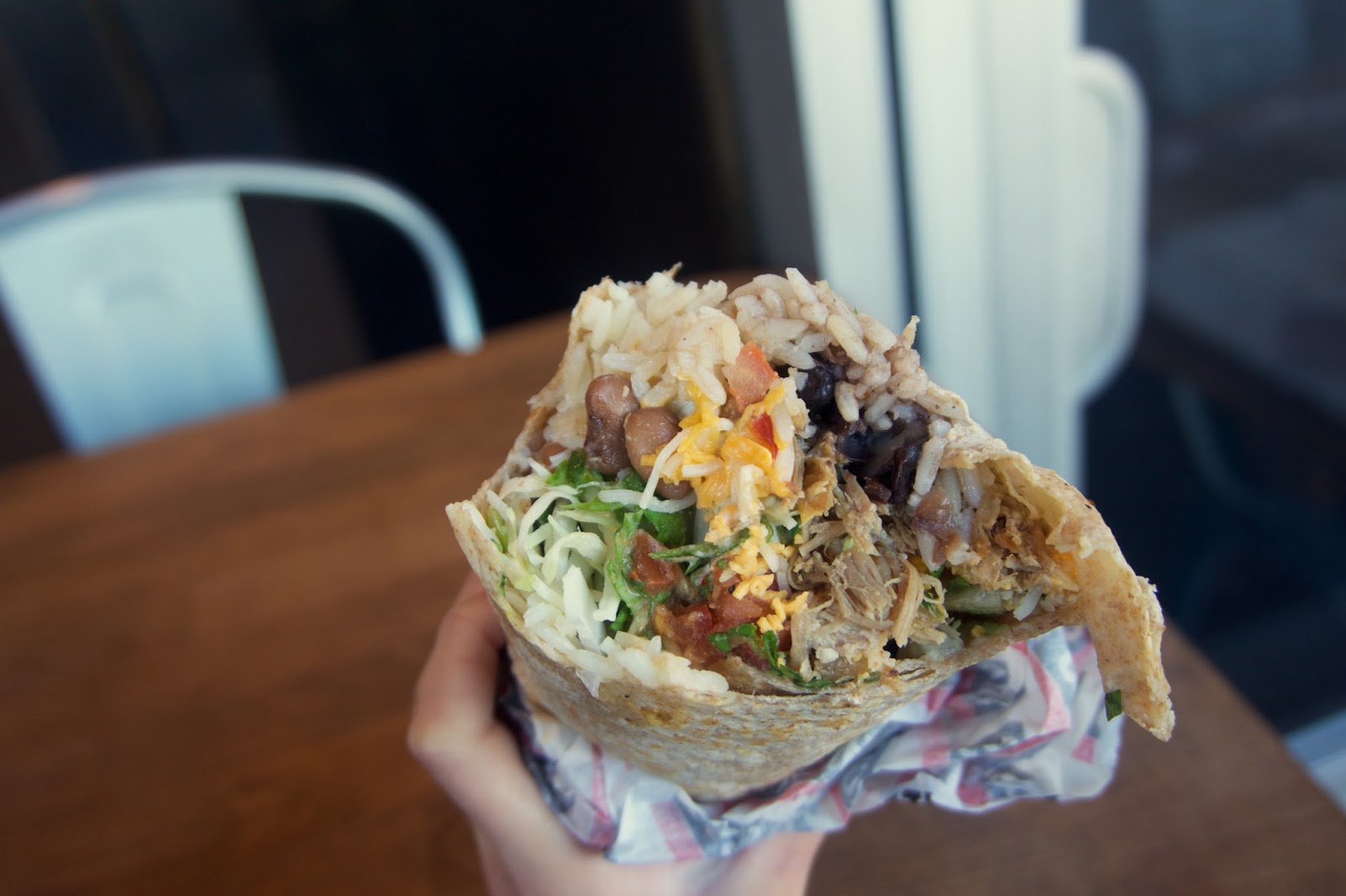 My mom's burrito!! She really liked it!! She got all the fixings, including their sour cream and house made hot sauce!! She really enjoyed the cilantro lime rice because it tasted really fresh. The carnitas was tender and pretty tasty. Her burrito was a lot larger than mine because she added a lot of vegetables! 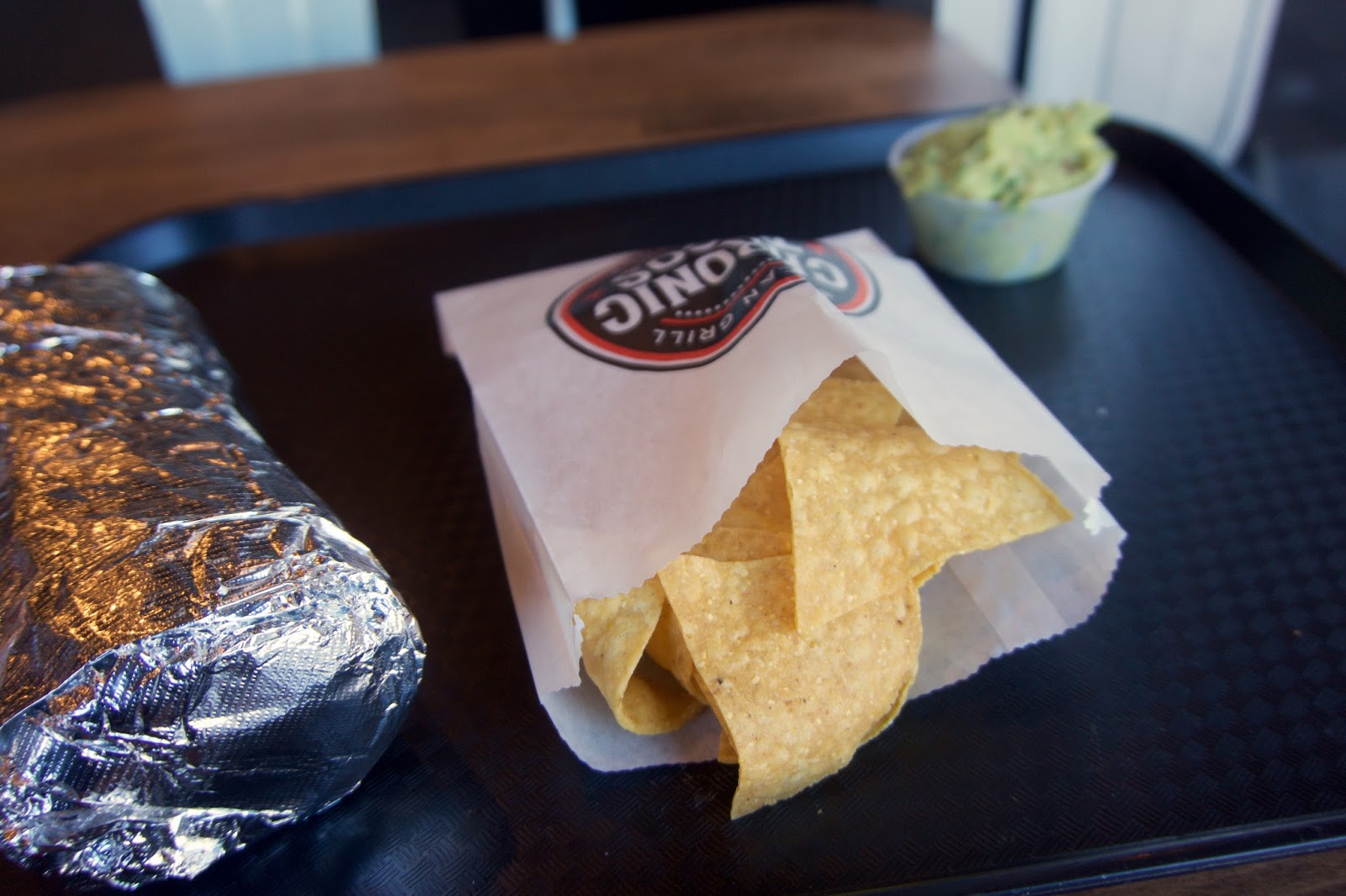 The chips were decent! They tasted like store bought chips, corny. These weren't salted so they're definitely meant to be dipped in guac and hot sauce! They were a bit hard around the edges and a bit too uniform in shape. According to my mom the guac was really good, it was loaded with lots of fresh avocado and veggies! 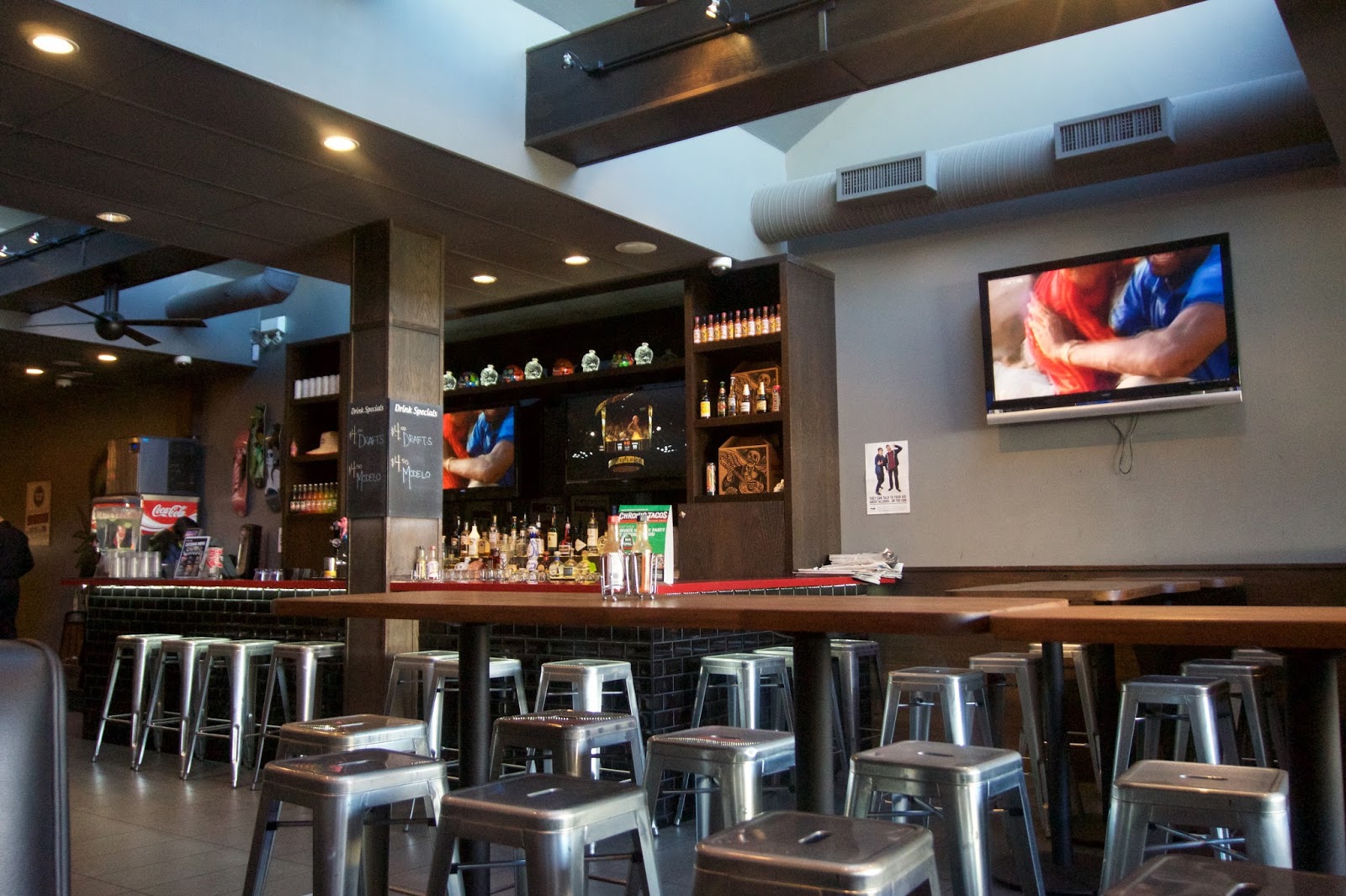