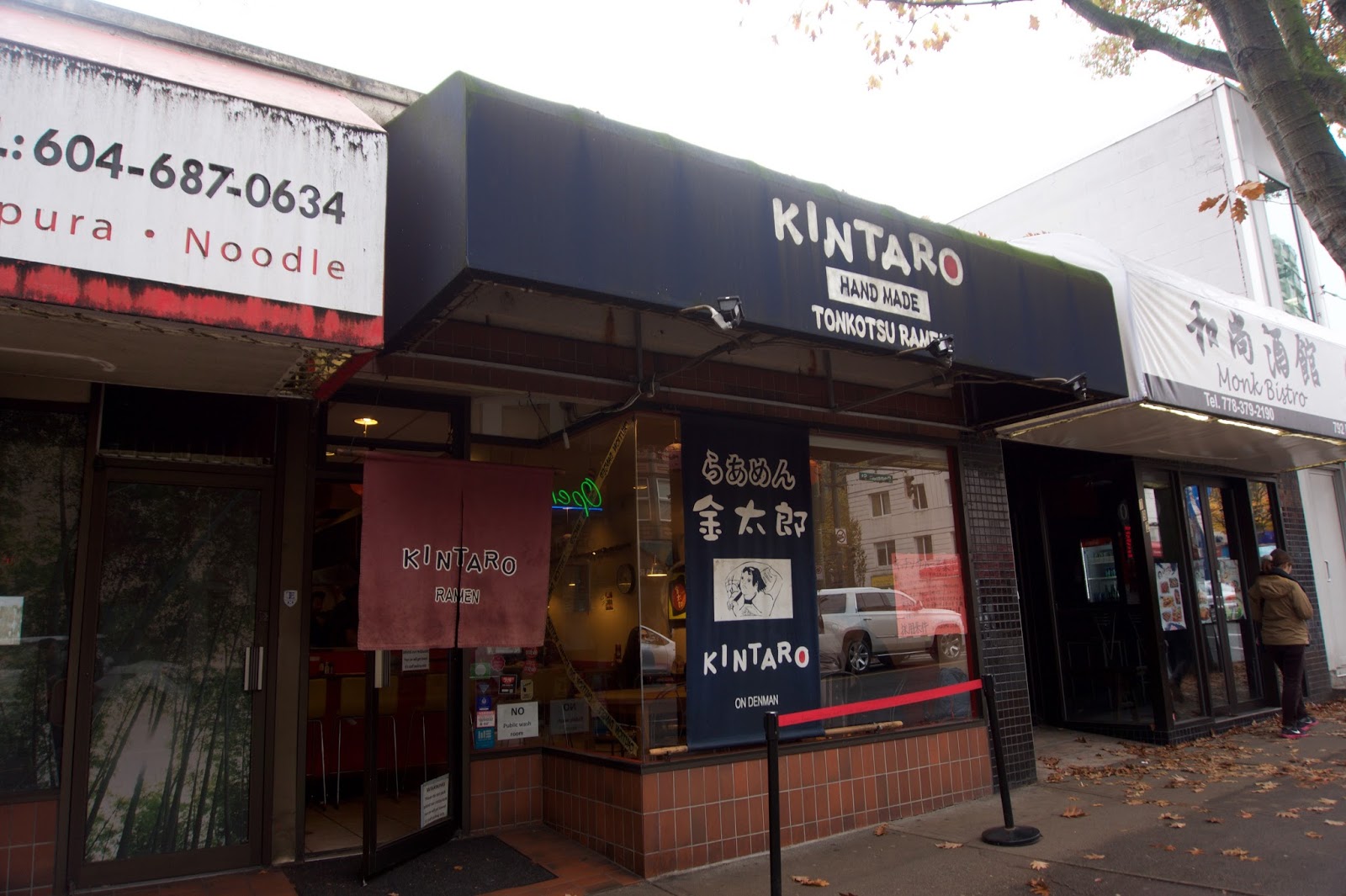 Ever since break started, I've pretty much gone into hibernation. I haven't left the house much, and as a result, I've been eating my mom's cooking!! Translation: I've been eating a heck of a lot of PANCAKES!! Yep...my mom makes a mean pancake. Vegan - banana - cranberry pancakes that is...mmmm

Pancakes are SO comforting. Pancakes rank slightly lower than ramen on the comfort food scale. I don't get to eat them very often, so I'm been eating them like crazy lately heheh. Pancakes for dinner anyone?

Anyways, I went through my photos during one of my lay-in-bed-all-day days (I've been having a lot of those) and I realized I totally forgot to blog about Kintaro!

Boy am I late hopping on this train. Up until 3 weeks ago, I was probably the last person in Vancouver who hadn't tried Kintaro. But yea, I totally get the hype now.

Kintaro needs no introduction. Kintaro is one of the original "Big Boys" on Ramen Street, alongside Santouka and Marutama. I'm not even going to try to compare the three, because I love all three...SO MUCH!
I know, I know, I should've tried their signature miso, but I just couldn't resist ordering the shio (my go to ramen!!) I'm so coming back for the miso.

You know when you eat something and you go "YES!!" and fist pump the air? Yep, this was one of those days.


"Kintaro, you have my heart." 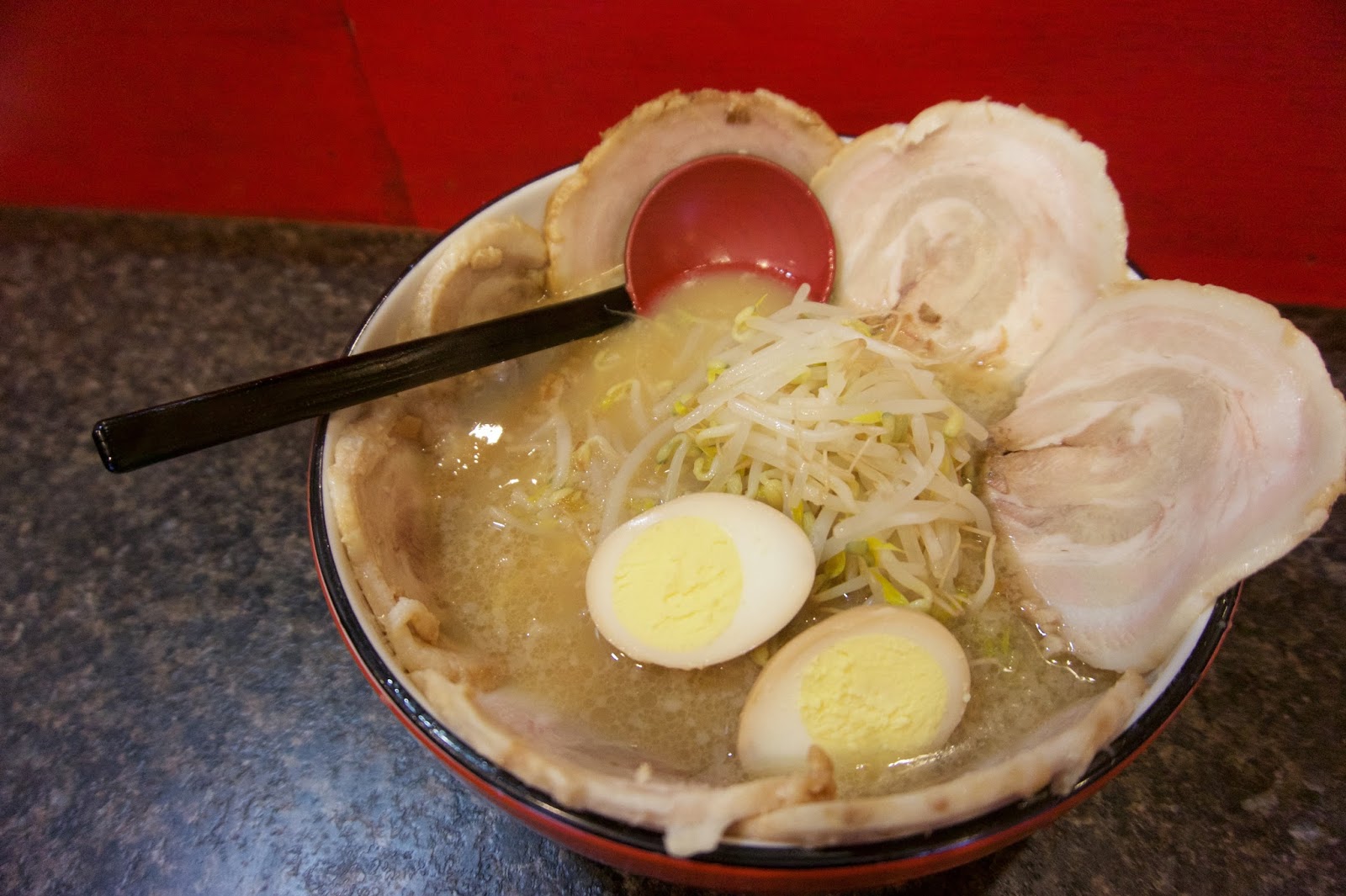 This was a killer bowl of shio. Solid. The bowl itself was huge. A bit smaller than Hida Takayama, but huge compared to Santouka and Marutama.

DANG that char siu was delicioussss!! It was super flavourful and had just the right amount of fattiness!! The noodles were on point as well, al dente, with bite!! The broth was impactful and packed with flavour since I chose the "rich" option!! The bean sprouts were a lovely addition!

I was actually happy that the egg was hardboiled because I've been avoiding raw eggs (because of my weak immune system.) Most places won't even consider hard boiling an egg even if you ask, so I was relieved Kintaro's egg was already boiled ~ although I know most people would prefer a soft boiled egg. 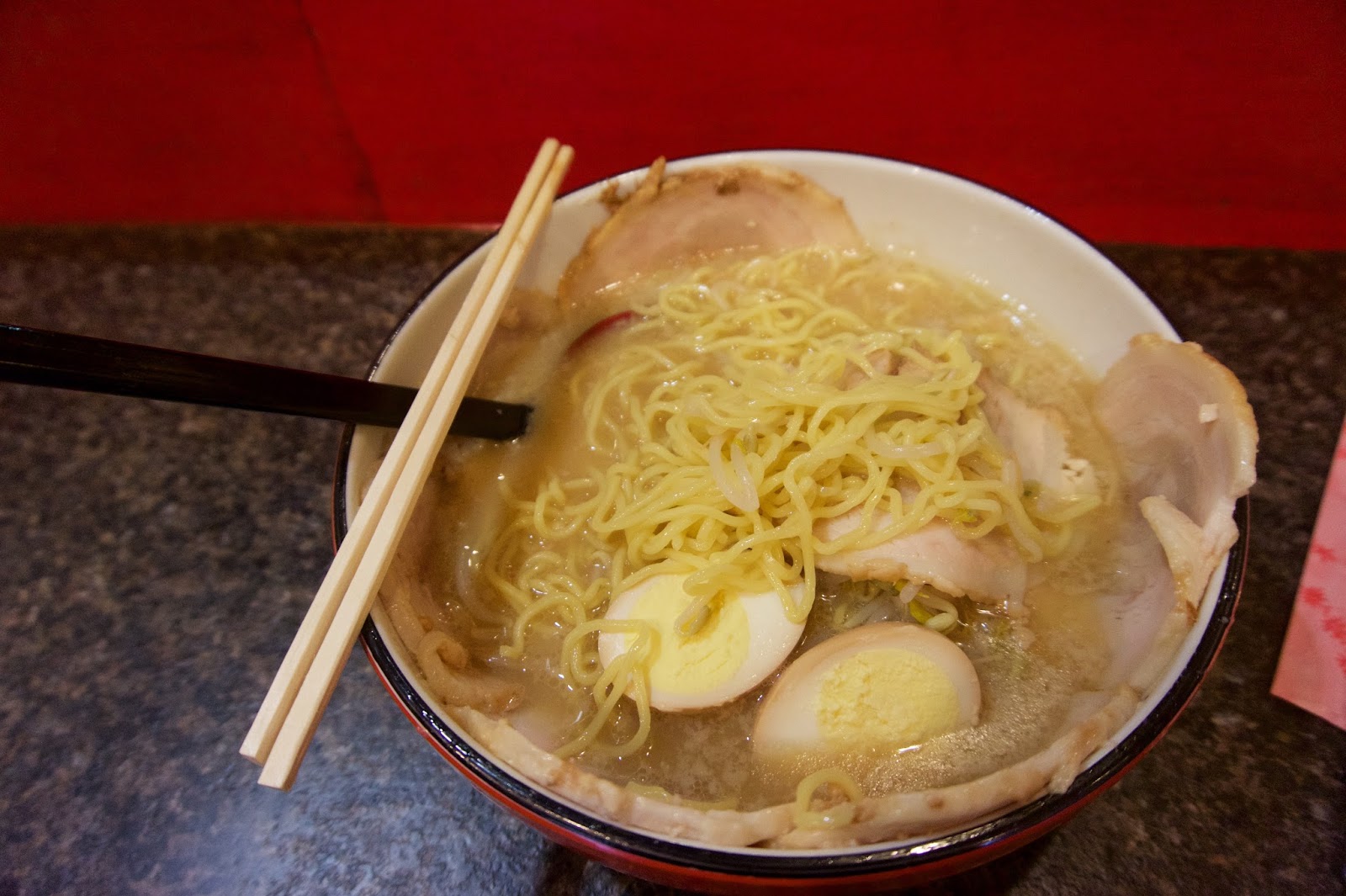 It was so good I dropped my chopsticks. 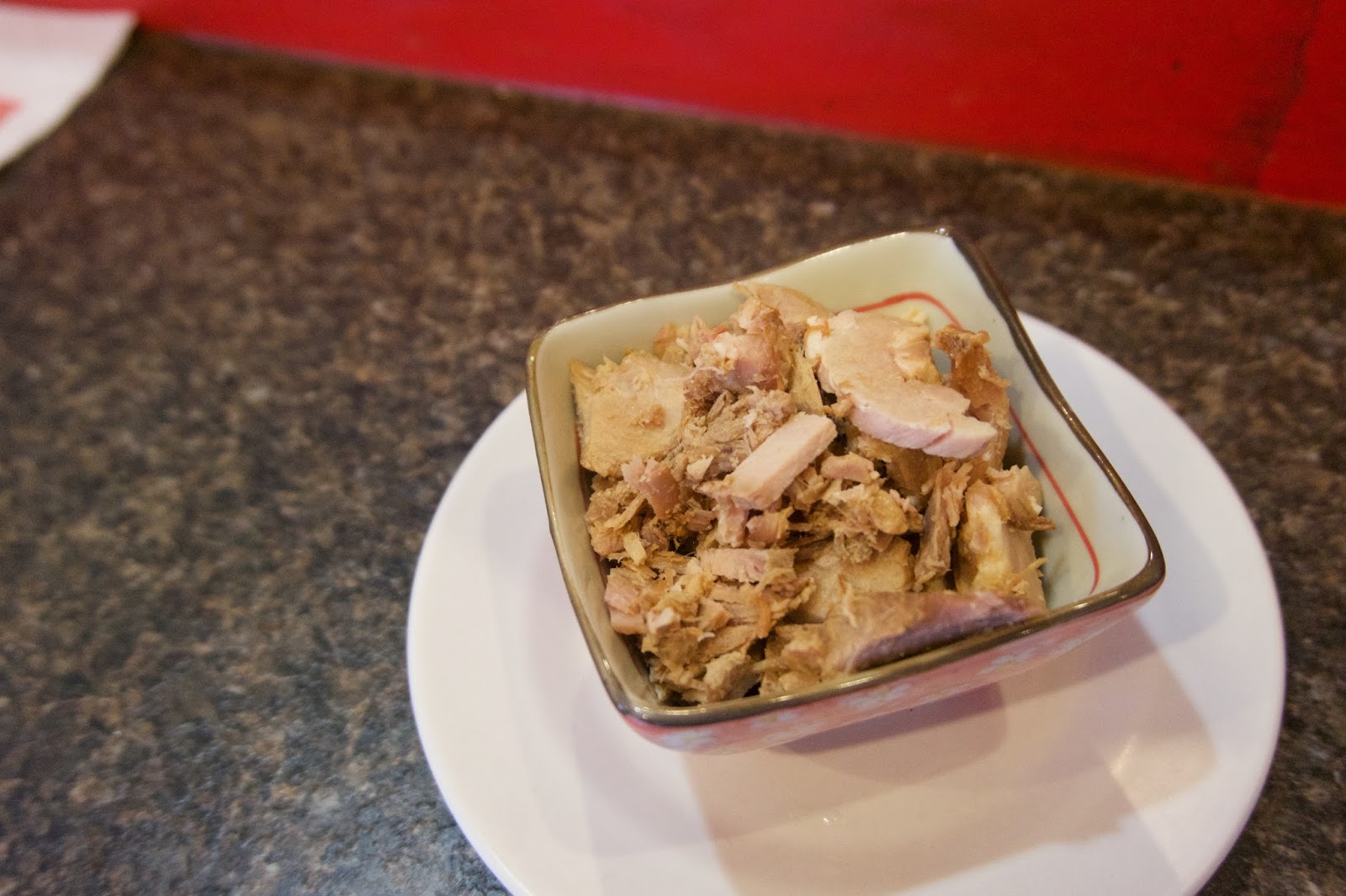 Their hanpa yaro is actually the ends of their char siu!! It's drier than their regular char siu, but it's just as flavourful! I think they season it with something because it's saltier/more savoury tasting.

I ordered this after I was done my char siu and added it to my ramen!! Good way to get more meat without paying $5 extra for char siu!! Kintaro is super tiny, be prepared to line up! :D