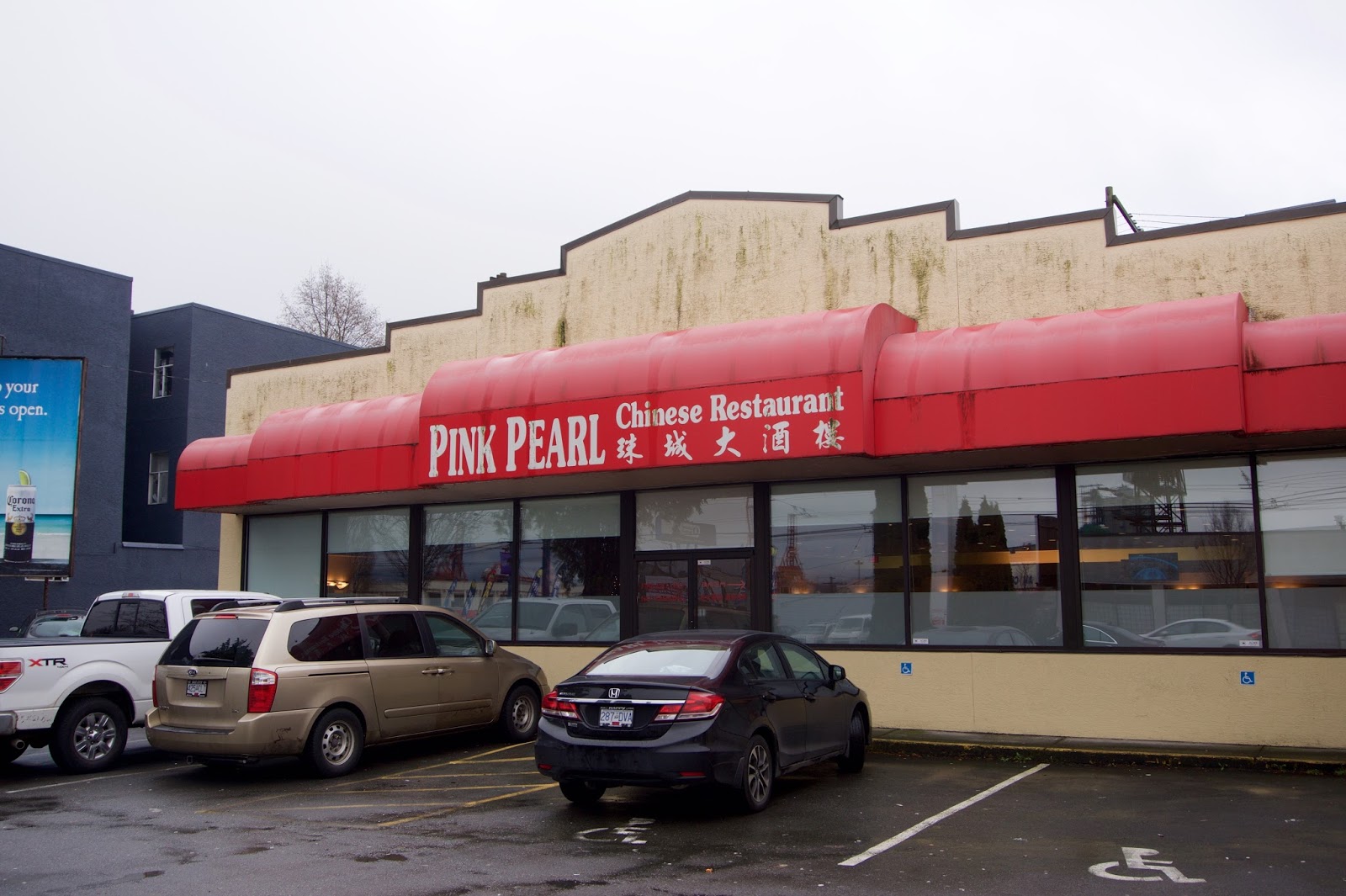 I totally meant to get this up on Christmas Day but all the festivities got in the way so ~ Happy Boxing Day? ;)

MERRY MERRY (Belated) CHRISTMAS & HAPPY HOLIDAYS EVERYONE!!! Hope you ate lots of good food and got to spend time with your loved ones!! (Could I be any more generic?)

For Christmas this year we decided to go for yum cha!! Raise your hand if you also went for dim sum with your family ~ I suspect that at least half you you did!

My dad jokingly suggested that we go to Chinatown for Christmas, so that's what we did!! We ended up at the legendary Pink Pearl for dim sum, and afterwards we went shopping for groceries and chinese knicknacks (my parents bought back scrapers, chopsticks and bag charms.)

Pink Pearl is practically an East Vancouver institution, it's been around for decades, and word around town is they were one of the first Chinese restaurants in all of Greater Vancouver!! When I suggested that we go to Pink Pearl, my parents were like "Wow, that place is still around? We haven't gone in almost 20 years!! We took you there when you were still a baby!!"

Random but: I think we can all agree that dim sum places have the worst lighting for photos. Editing dim sum photos is such a struggle :'( 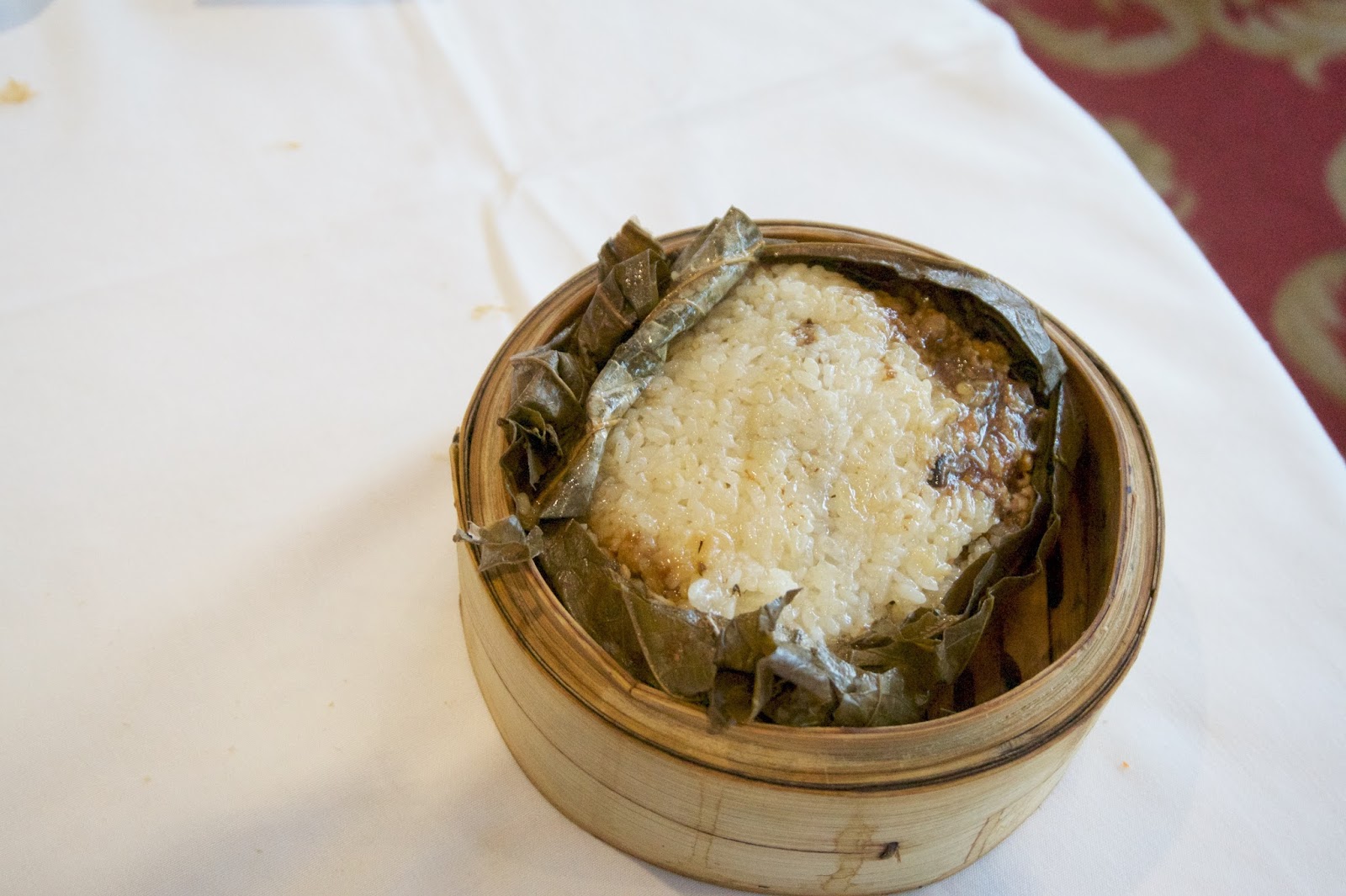 This thing was ridicoulsly huge. And I mean HUGE. I've eaten my fair share of lo mai gai, and I have to say, this was the largest one I've seen to date. And this thing was loaded with meat!! There was a ton of minced meat and chicken in there. The only thing missing was the salted egg yolk! Consistency wise ago, a little oily, but I'll let it slide. 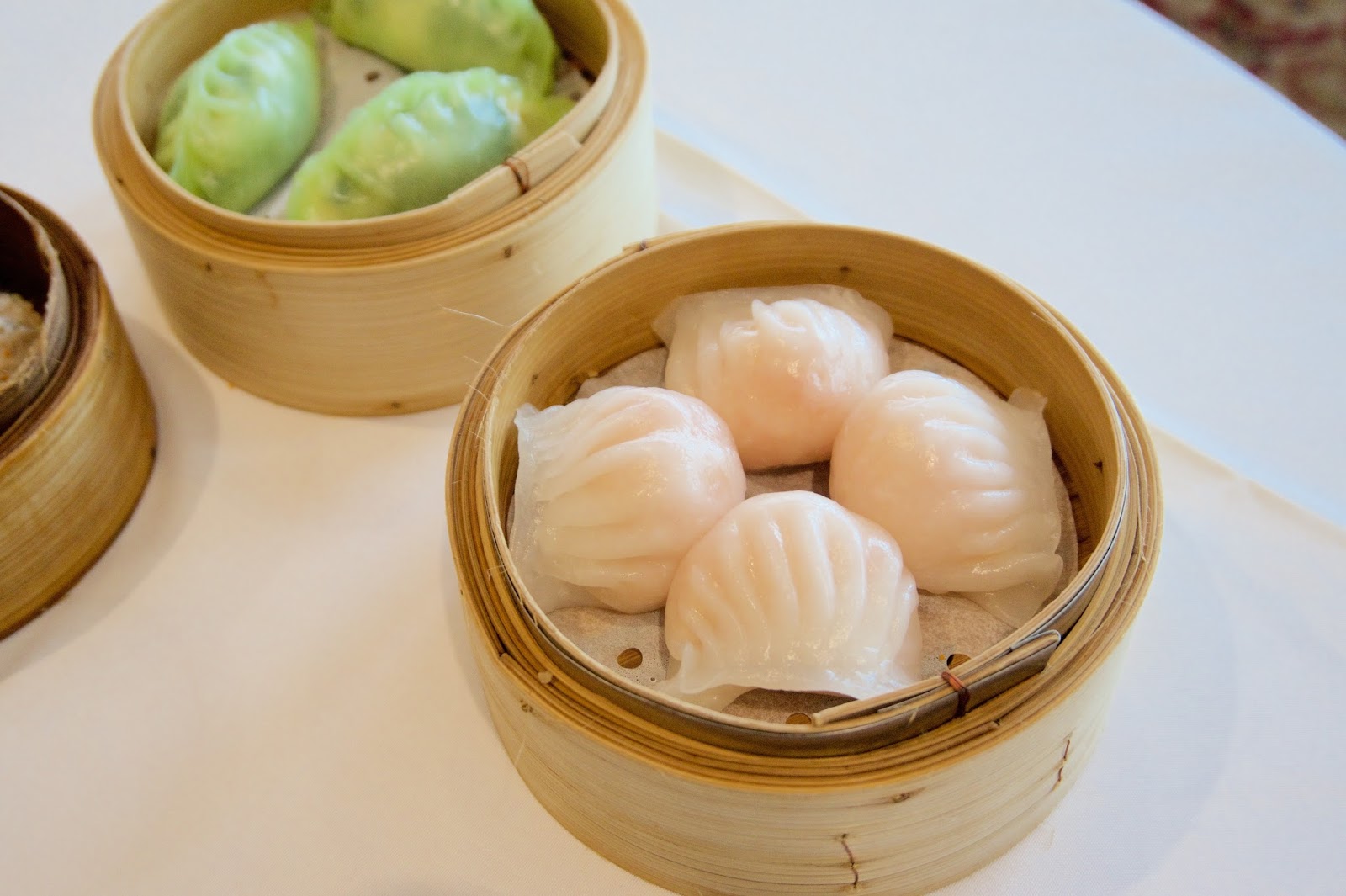 This was an okay version of har gow. The quality is reflective of most of the dishes here. The skin was a bit too thick and doughy. The shrimp filling was relatively moist, but lacked flavour. These were very generously sized though, about 30% larger than your average har gow!! 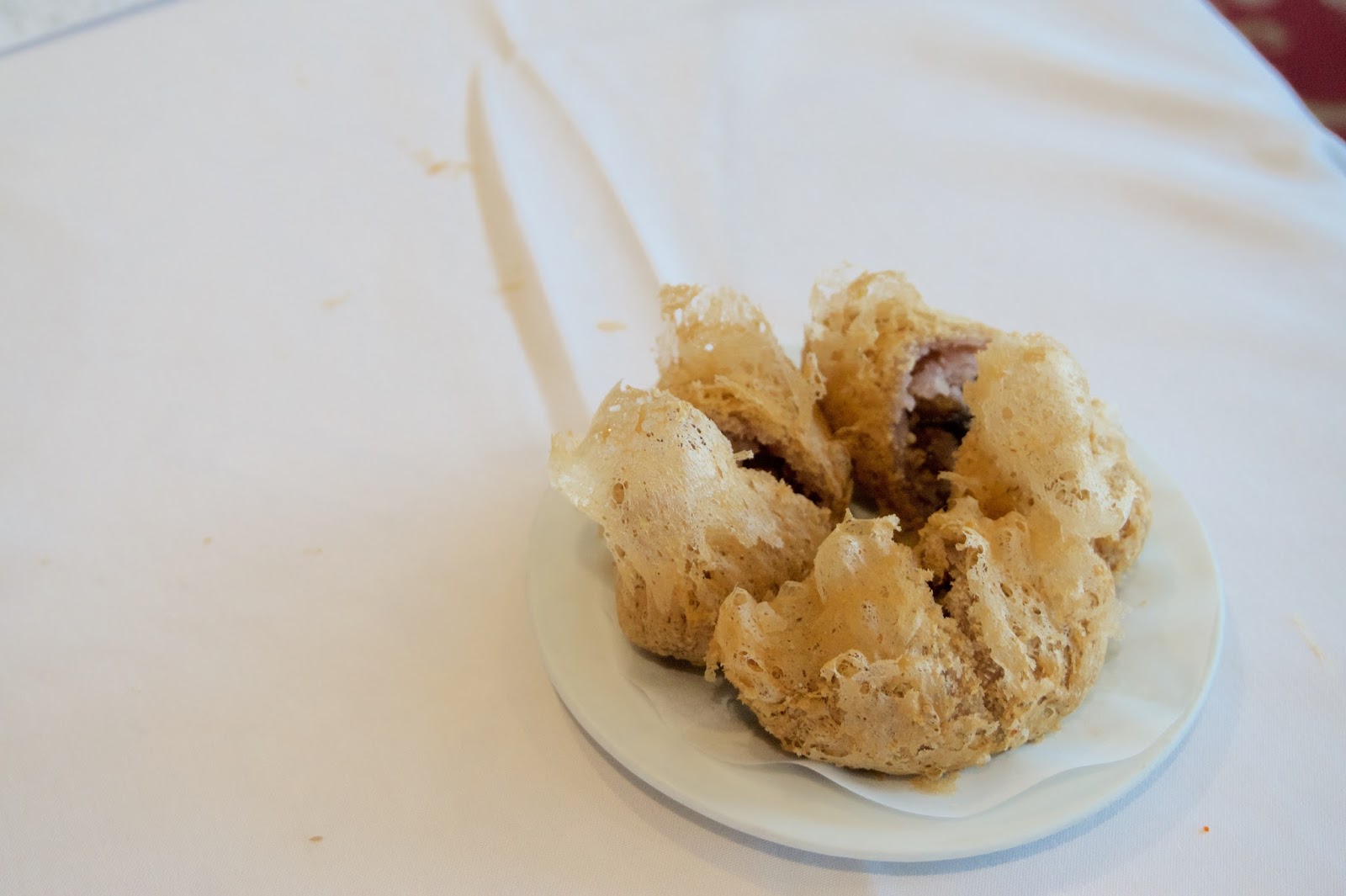 One of my favourite things to order at dim sum!! This was pretty good! The outside was super crispy and the inside was moist and fluffy. The filling was really flavourful!! 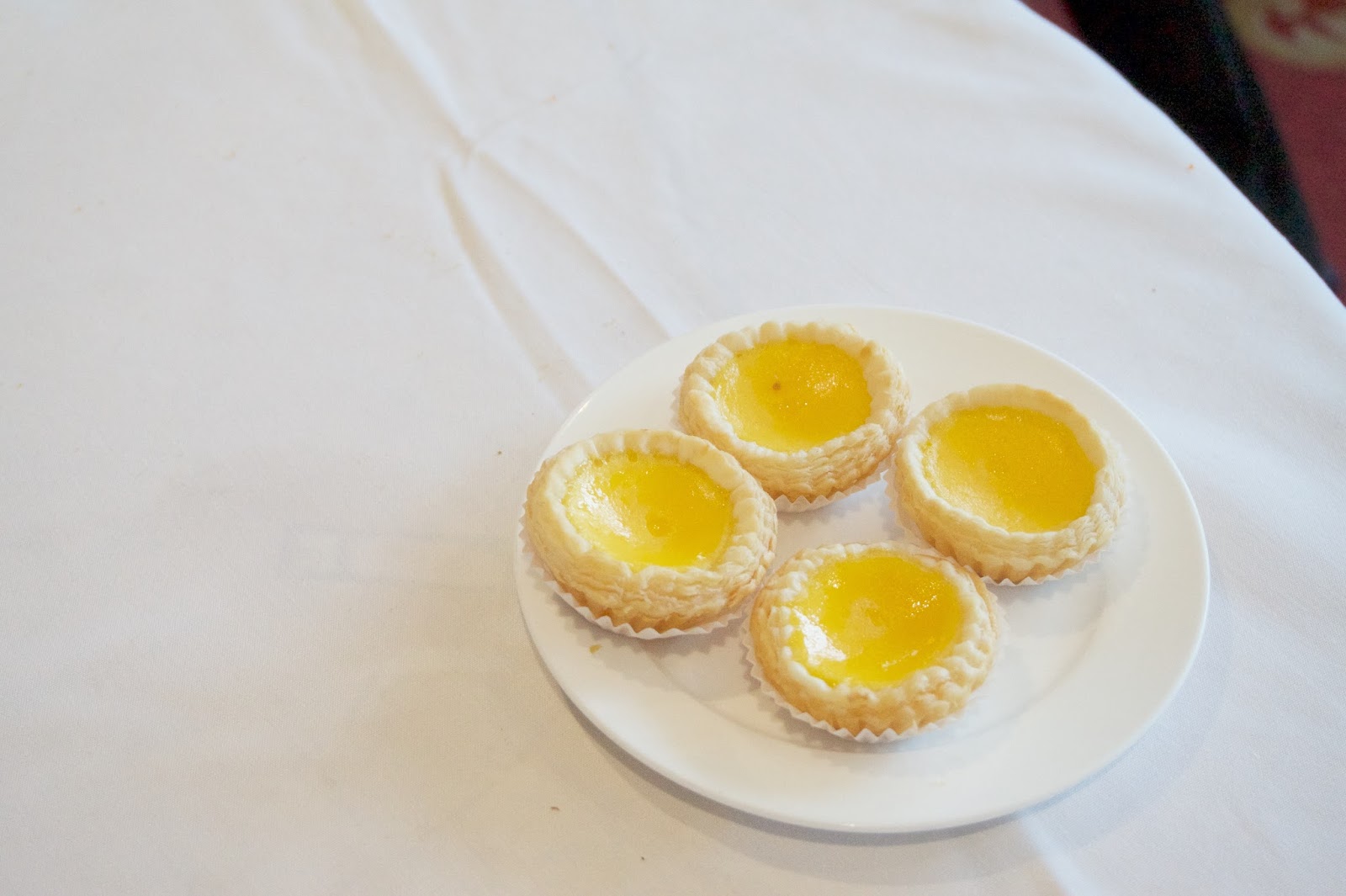 My parents love egg tarts, it's a staple for them whenever they go for dim sum!! These were so small they ate them in one bite!! The flavours were standard, but it was still pretty good nonetheless! Eggy and subtly sweet! 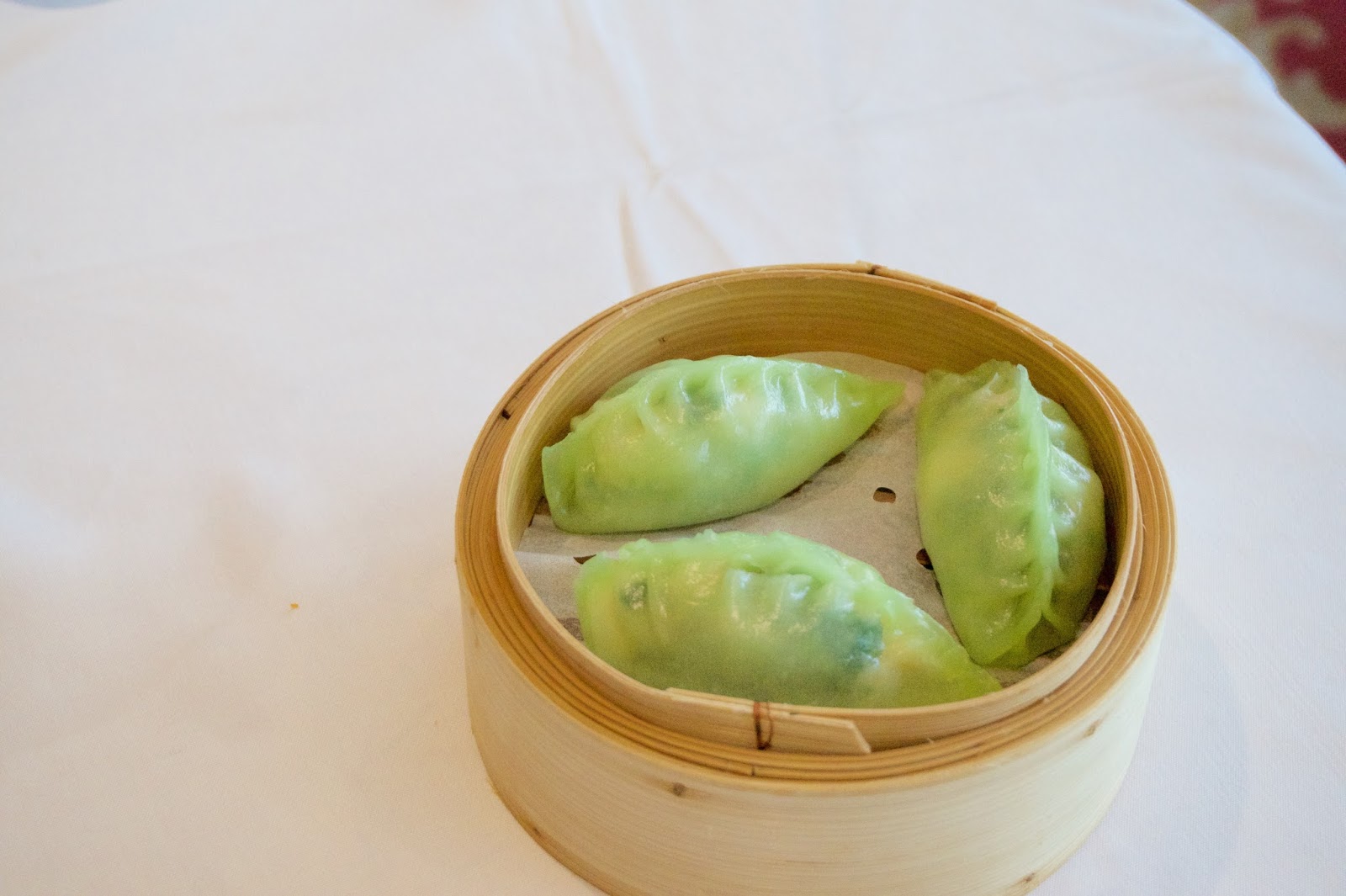 My mom really liked this dish!! It was loaded with chives and shrimp. The chive gave it a lot of flavour. The skin was thin and elastic ~ but it was missing something. 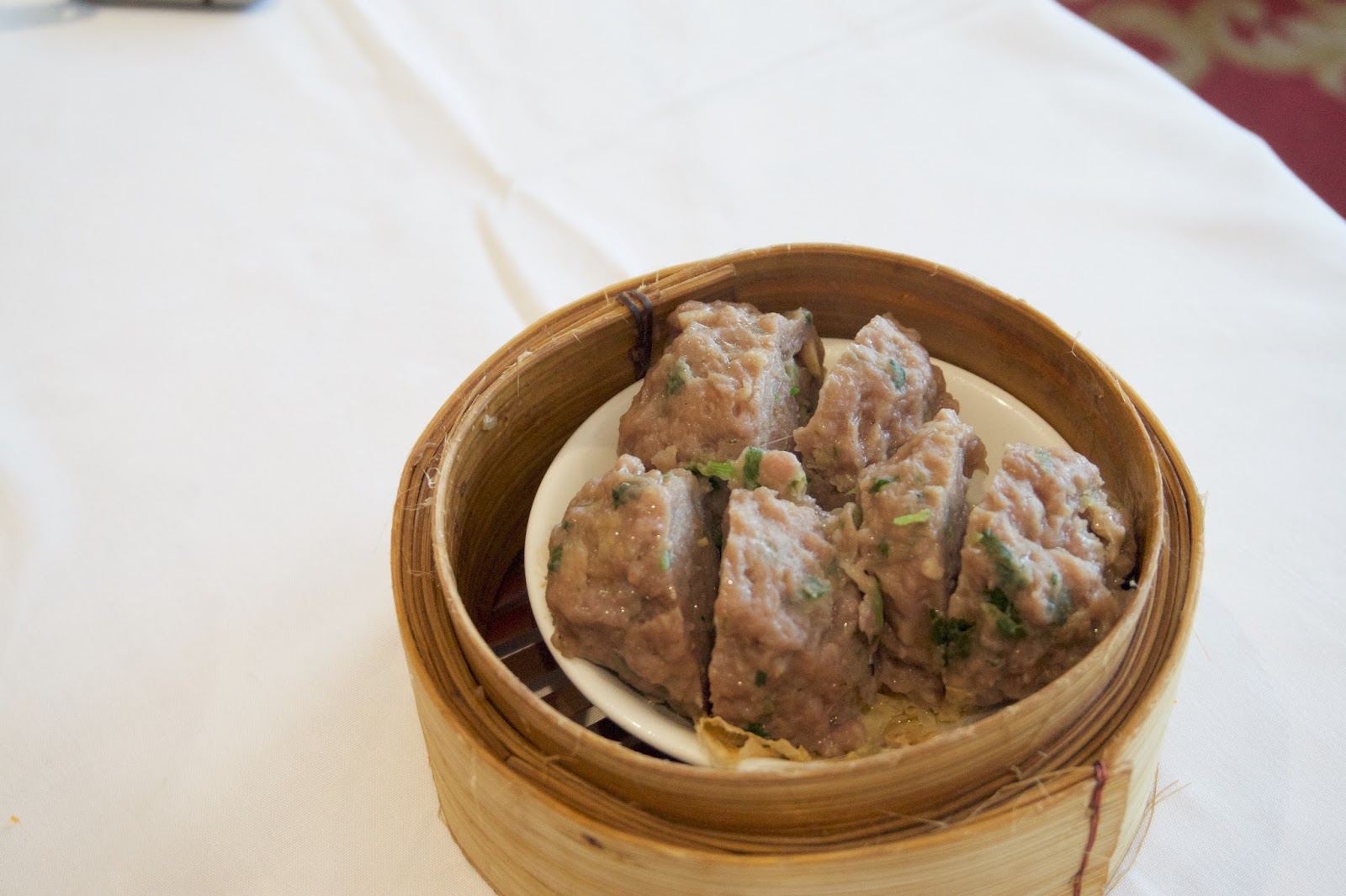 Another one of my dad's favourites. This was one of the best dishes out of everything we tried!! The orange peel flavour was very strong, and the beef balls were large and bouncy. And the thing was loaded with chives! 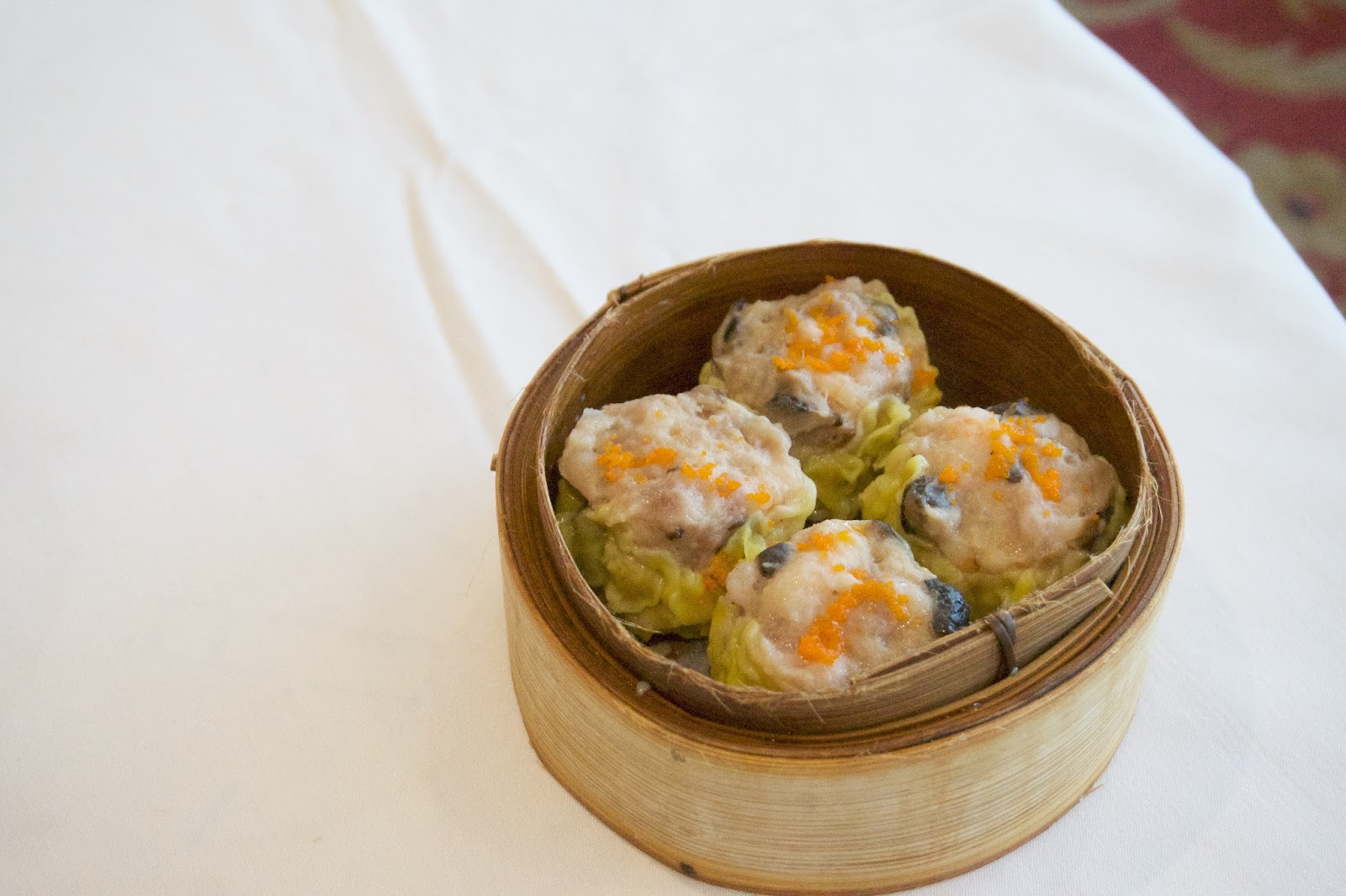 The sui mai was huge, up there in size with Western Lake!! The meat was juicy and quite bouncy, but not flavourful enough. But that's nothing some sauce can't fix! 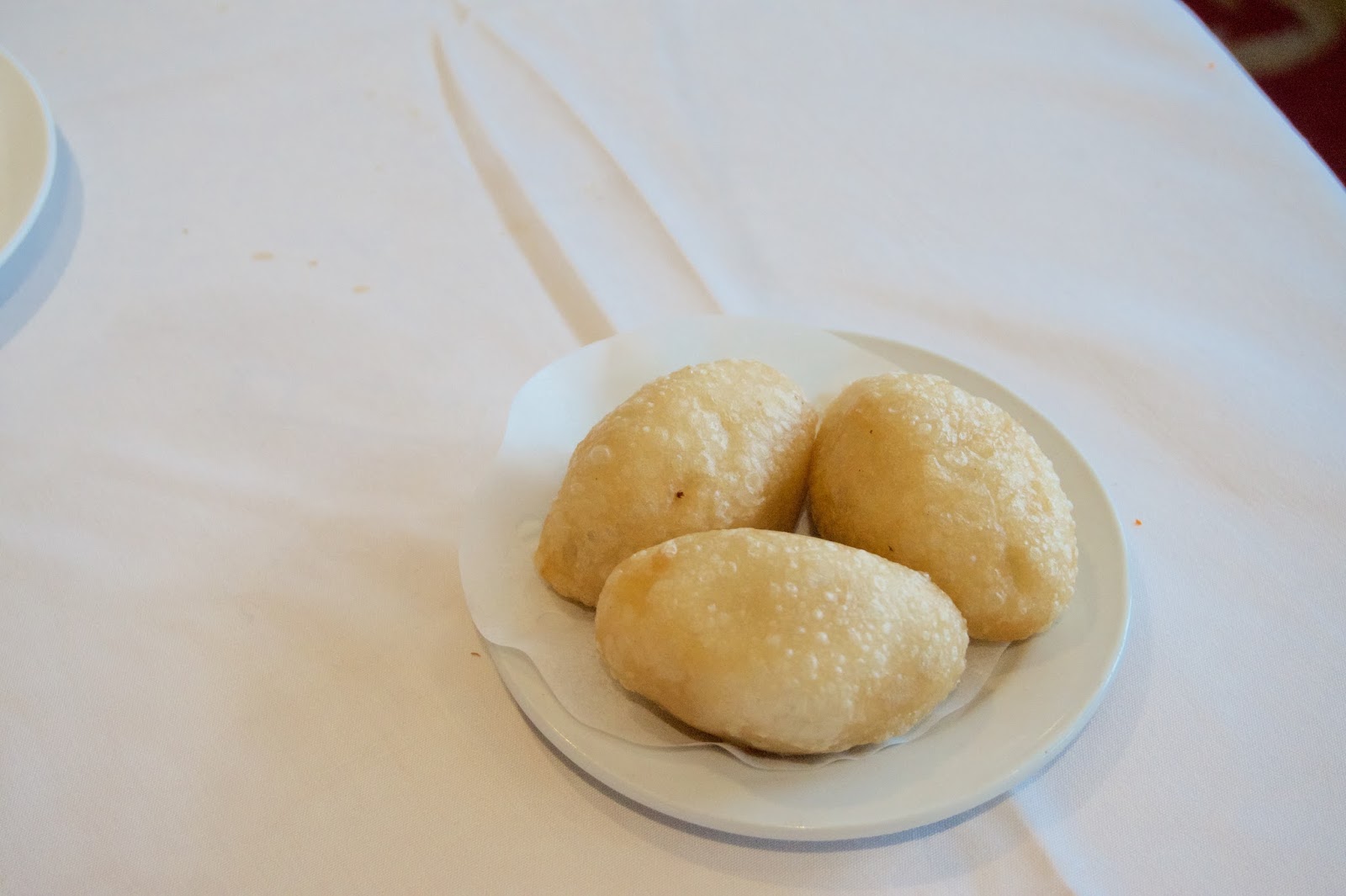 On to one of my favourites!! This was decent, the exterior was nice and chewy, but the interior lacked flavour. It was really fragrant though! 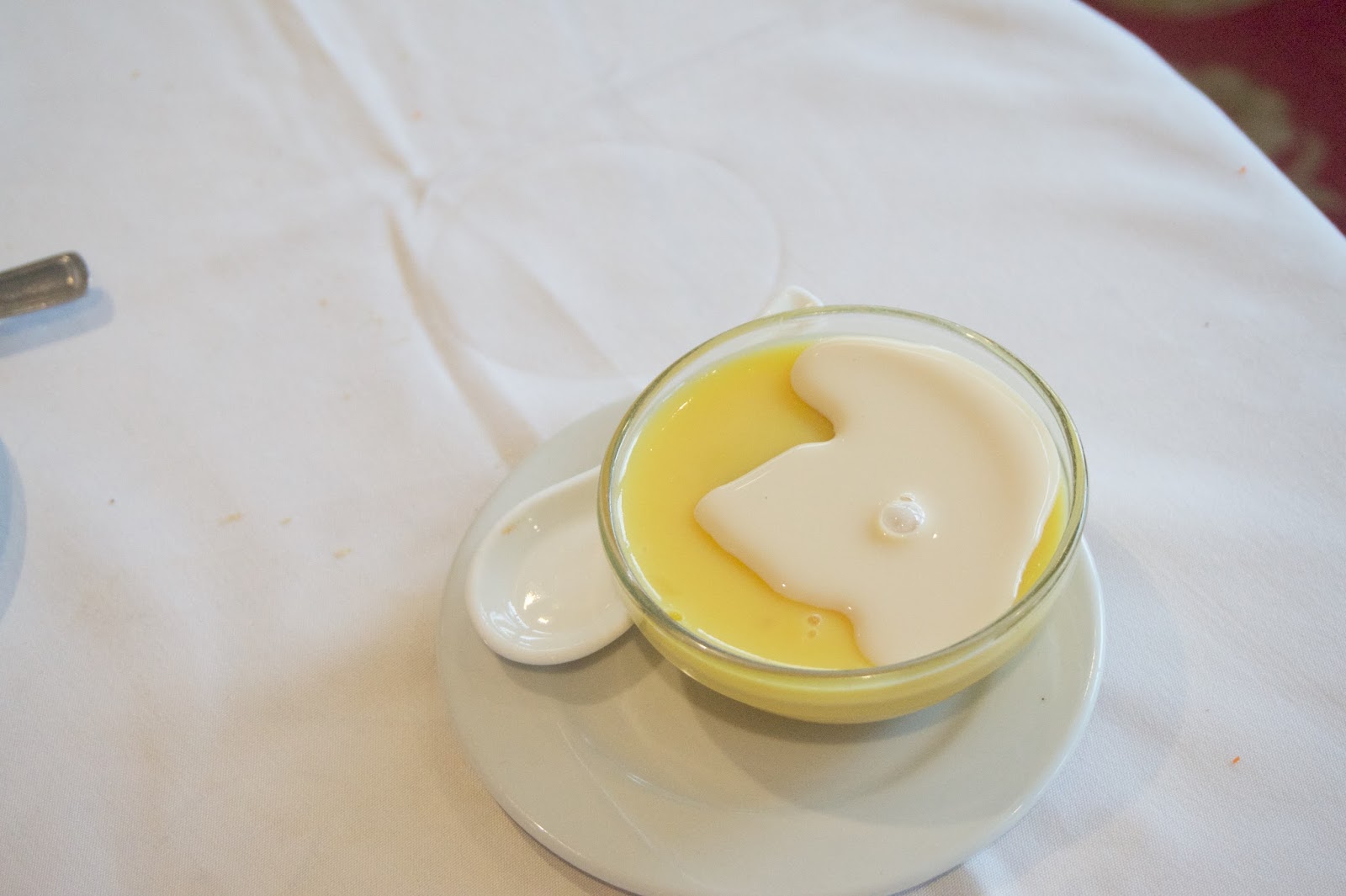 My mom wanted pudding for dessert, so she had this all to herself!! She remarked that the pudding was indeed sweet, but not overly so. The mango didn't taste artificial and she really liked the condensed milk! 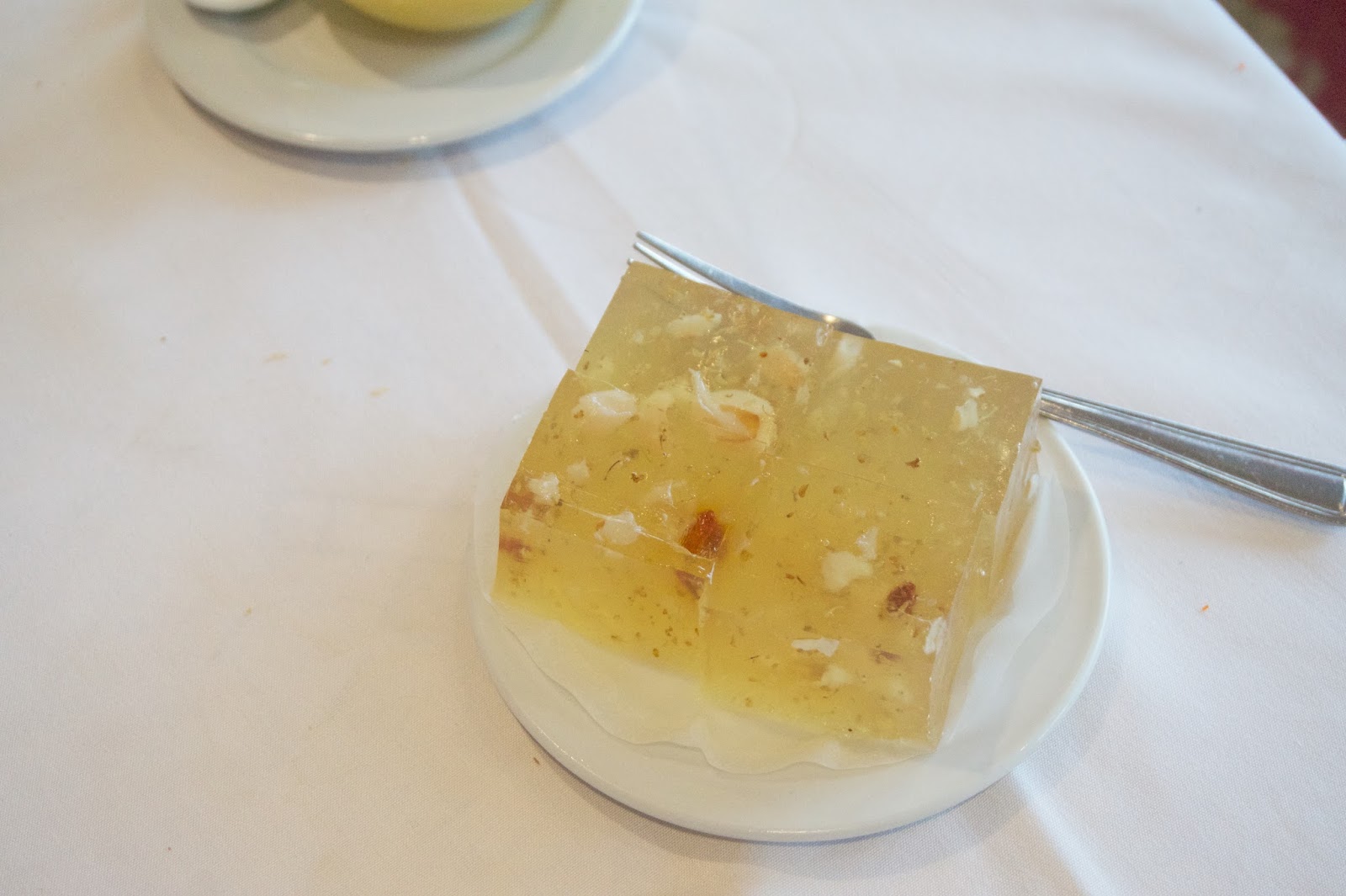 Loved this!! This was a great end to our meal. The jello tasted fresh and the flavour of the osmanthus really came through. It wasn't overly sweet either!!