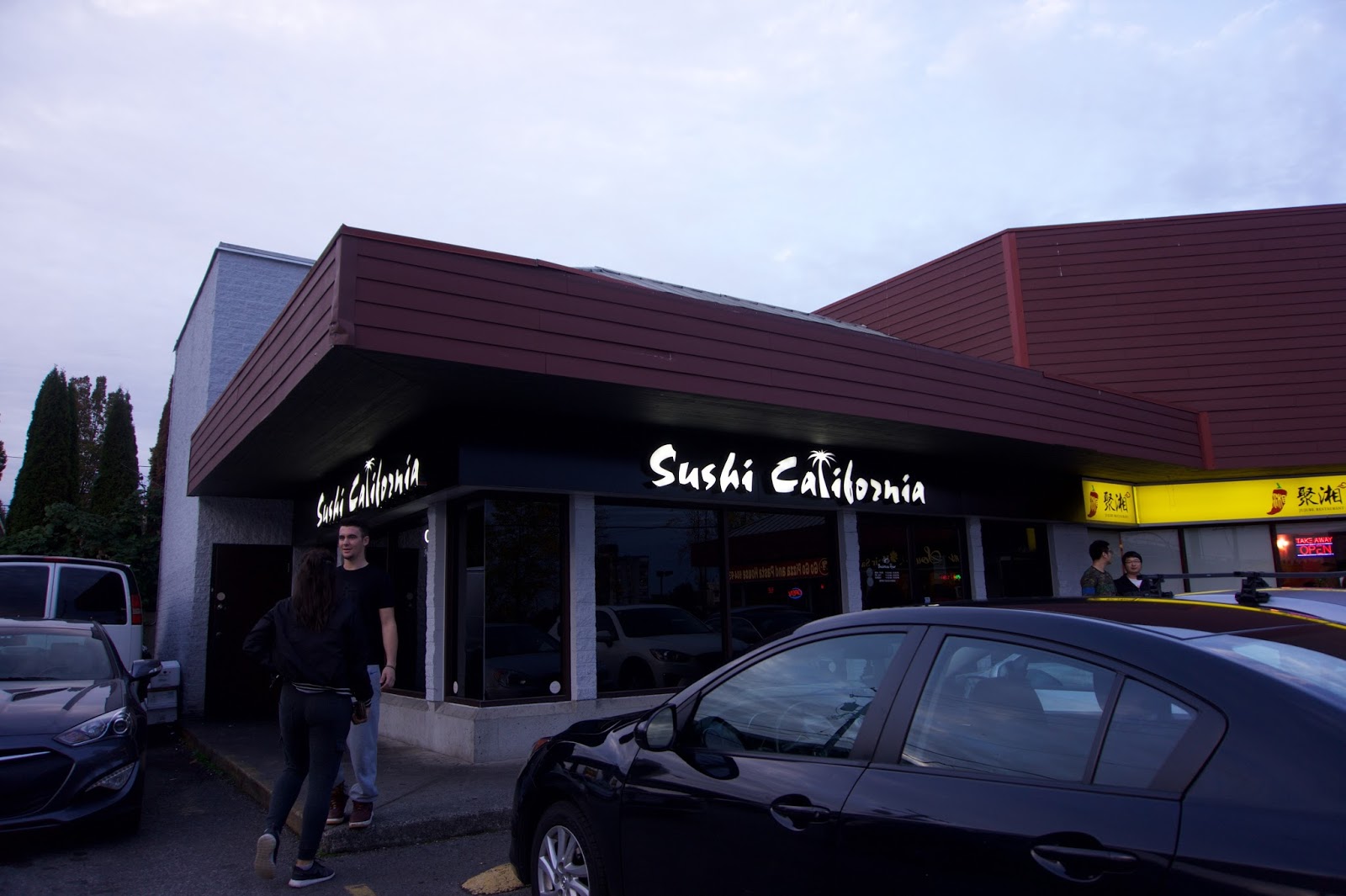 I'M FREE!!! I wrote my last final (okay it was a take home final) and finalized my 2 essays today. HELLOOO WINTER BREAK!!

"So where are you going for break Selina?"

Yep. That's reality for ya.

I'm probably not going to go anywhere until the summer of 2017...because I'm planning on taking summer school again this year *cries* But hey, at least I'll get to graduate sooner, right?

Well, on the bright side, at least I have an entire month to sleep until 10 am...YIPEE! I love December, it's my birthday month and Christmas!! But then again people tend to give you one present and say "Here's a combined present!" December baby problems.

For some reason I've been really into "budget" sushi lately. Not really sure why. I guess spending big bucks on fancy nigiri just doesn't really appeal to me anymore ~ I think Raymond would disagree :D

So keeping with the budget sushi theme, I went to Sushi California the other day with my mom for our sushi fix! I actually had a pretty horrific experience at their West Broadway location last year ~ thankfully this visit was leagues better!! The food was actually pretty awesome this time!

Read my review of their West Broadway location here: http://www.vancitynoms.com/2014/08/sushi-california.html 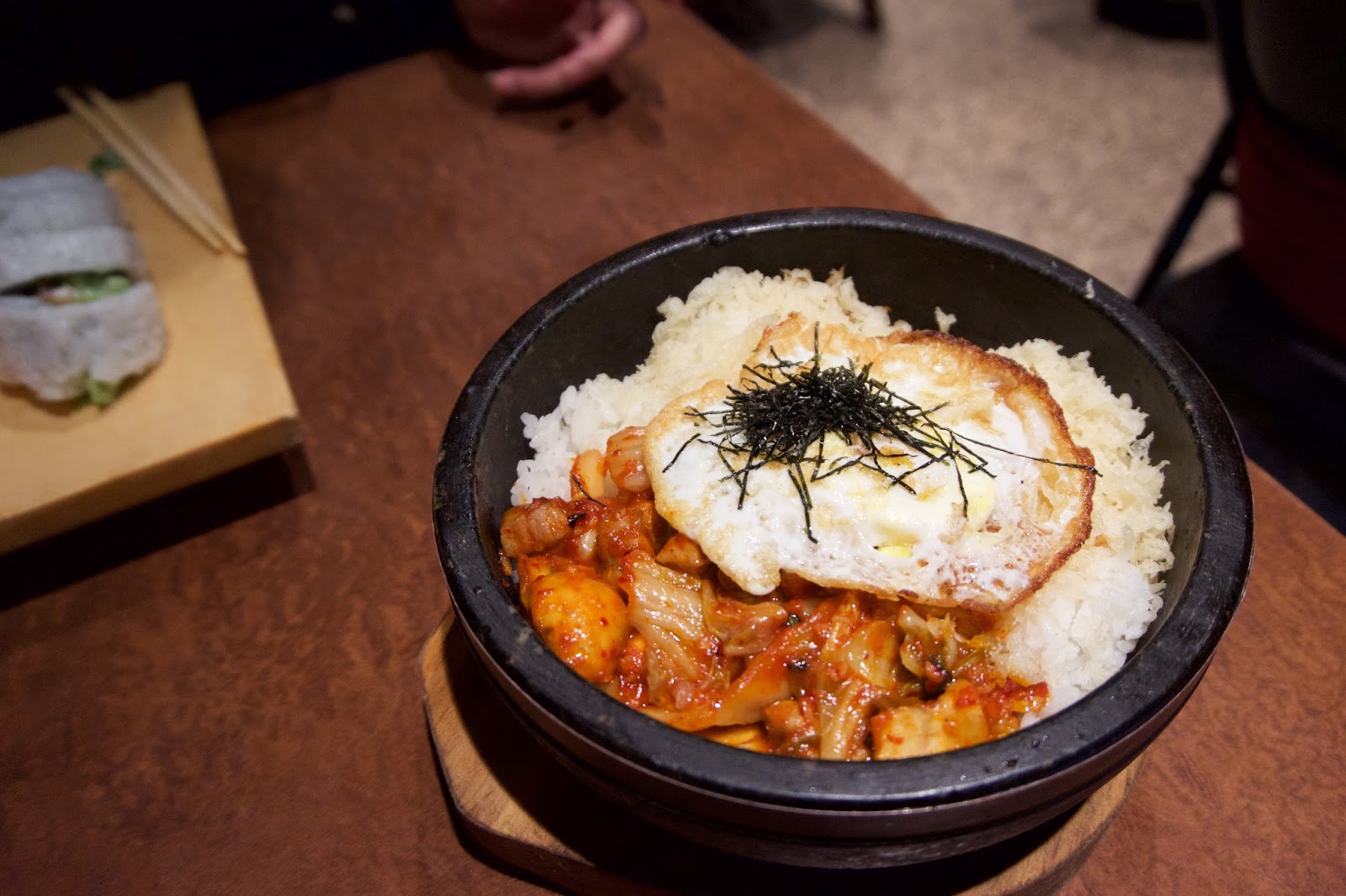 I wasn't expecting this to be that good but I was pleasantly surprised! Now I know why they have this listed as one of their most popular items!

This was basically stir fried kimchi pork, topped with tempura bits in a stone bowl!! Sounds simple but the ingredients worked beautifully together! The kimchi pork was really flavourful and it tasted like gochujang - sweet, spicy, and tangy! The tempura bits added a lot of texture and made the entire bowl really fragrant! The rice gets all crispy which is my favourite part! 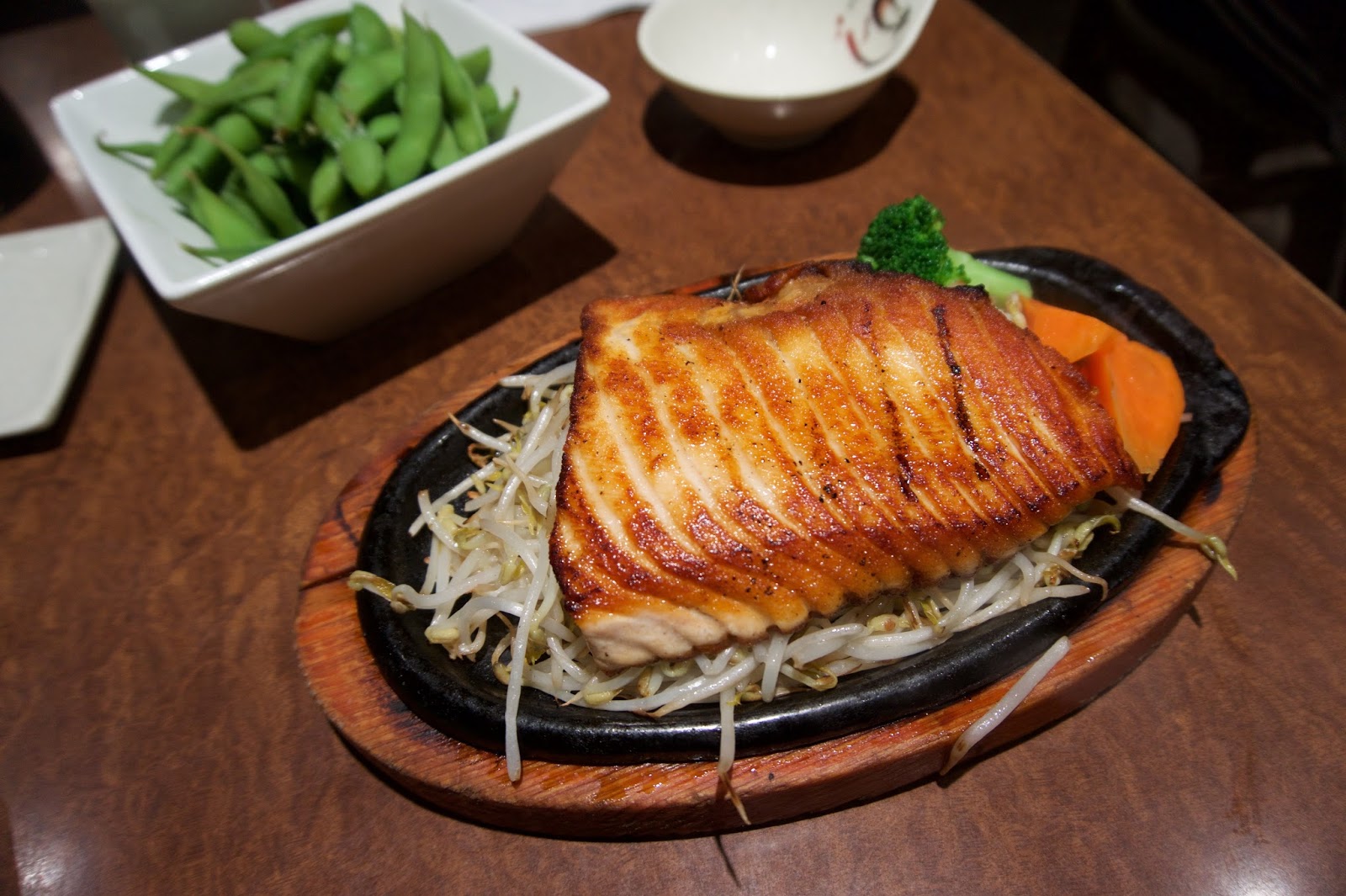 I was a bit sick that day, so for the sake of my health I asked them to omit the teriyaki sauce (to lower my sodium intake.) They happily obliged but the salmon still turned out to be really yummy!

The serving size was huge!! The salmon was properly cooked, but it could've been more flaky. There was also a generous portion of bean sprouts on the bottom, which I really appreciated! I also ordered a side of rice because this was a la carte! 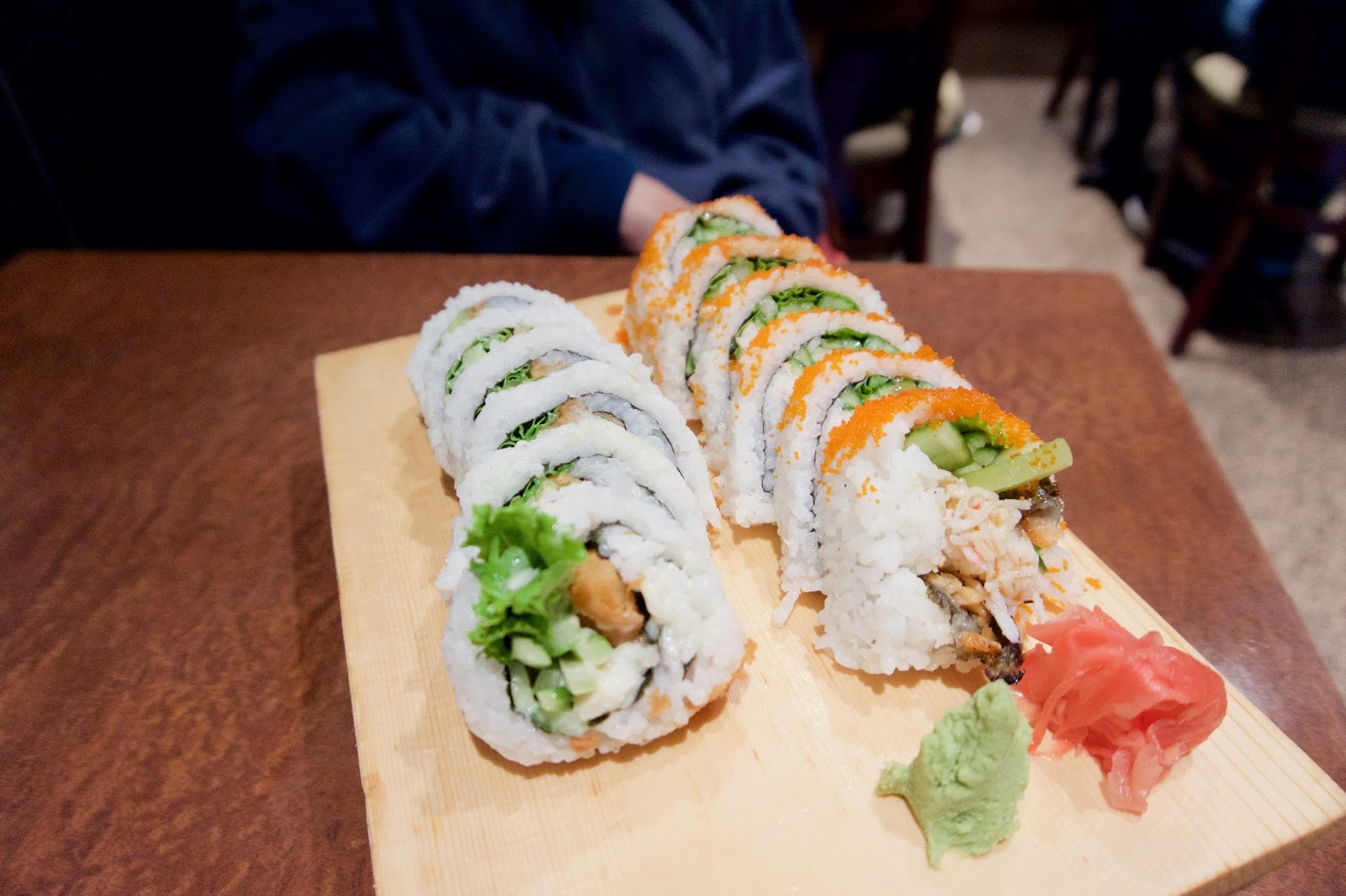 My mom really wanted sushi, so she asked me to pick out some big rolls (ie. nothing maki sized!) My mom doesn't eat raw fish so the Filet o Fish and BC roll seemed perfect for her!

The rolls were loaded with veggies, with minimal rice on the ouside. The rice was pretty much a fail though. The rice was actually wet, and really soggy. The filling was decently yummy though, the filet o fish came with breaded fried cod and the BC roll had fish skin/imitation crab in it! 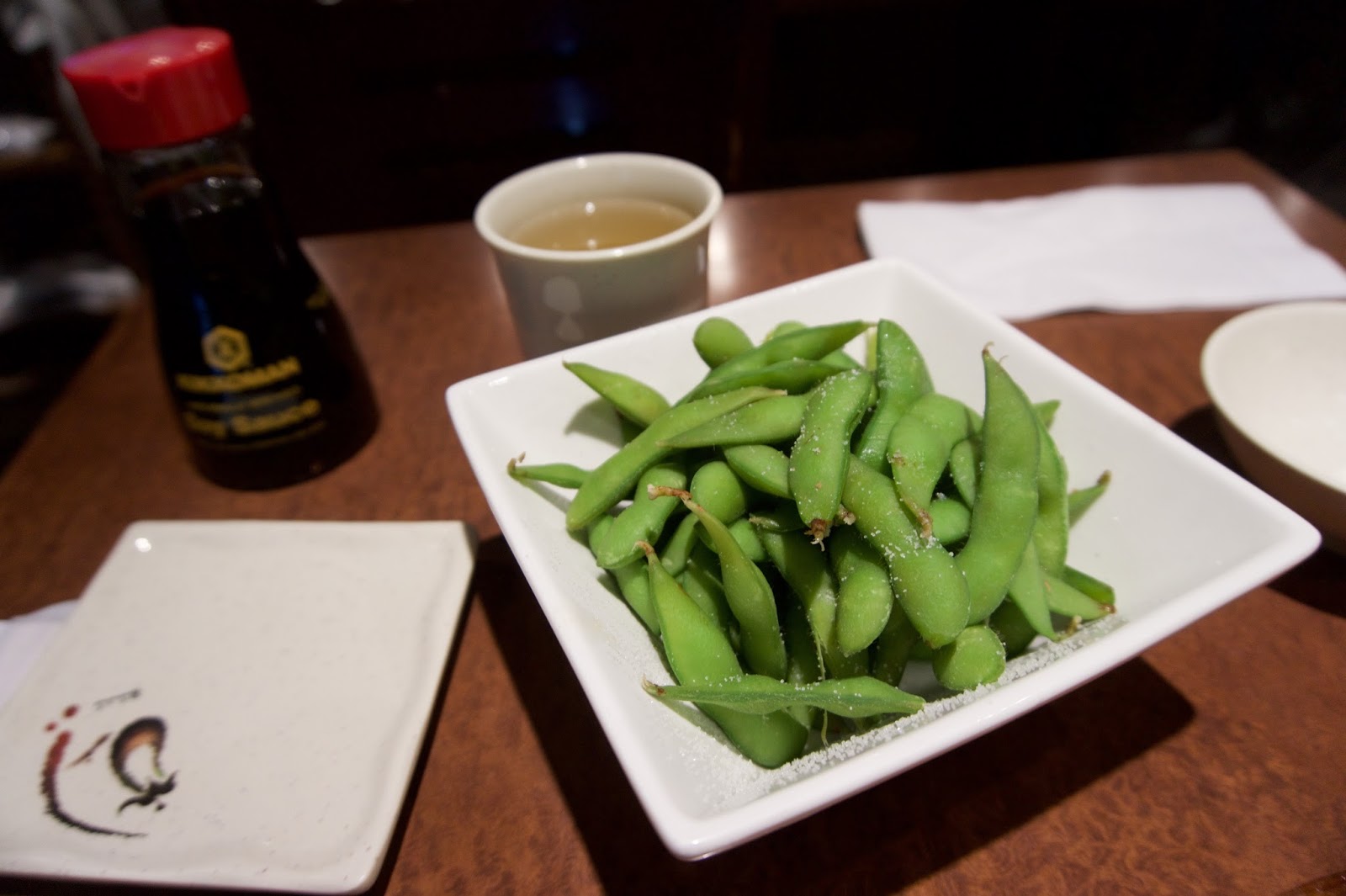 This was a very generous serving of edamame, so I was really pleased! The portion size was a lot larger than the edamame served at other places! The soybeans were bright and crunchy, and the exterior was seasoned with some salt. 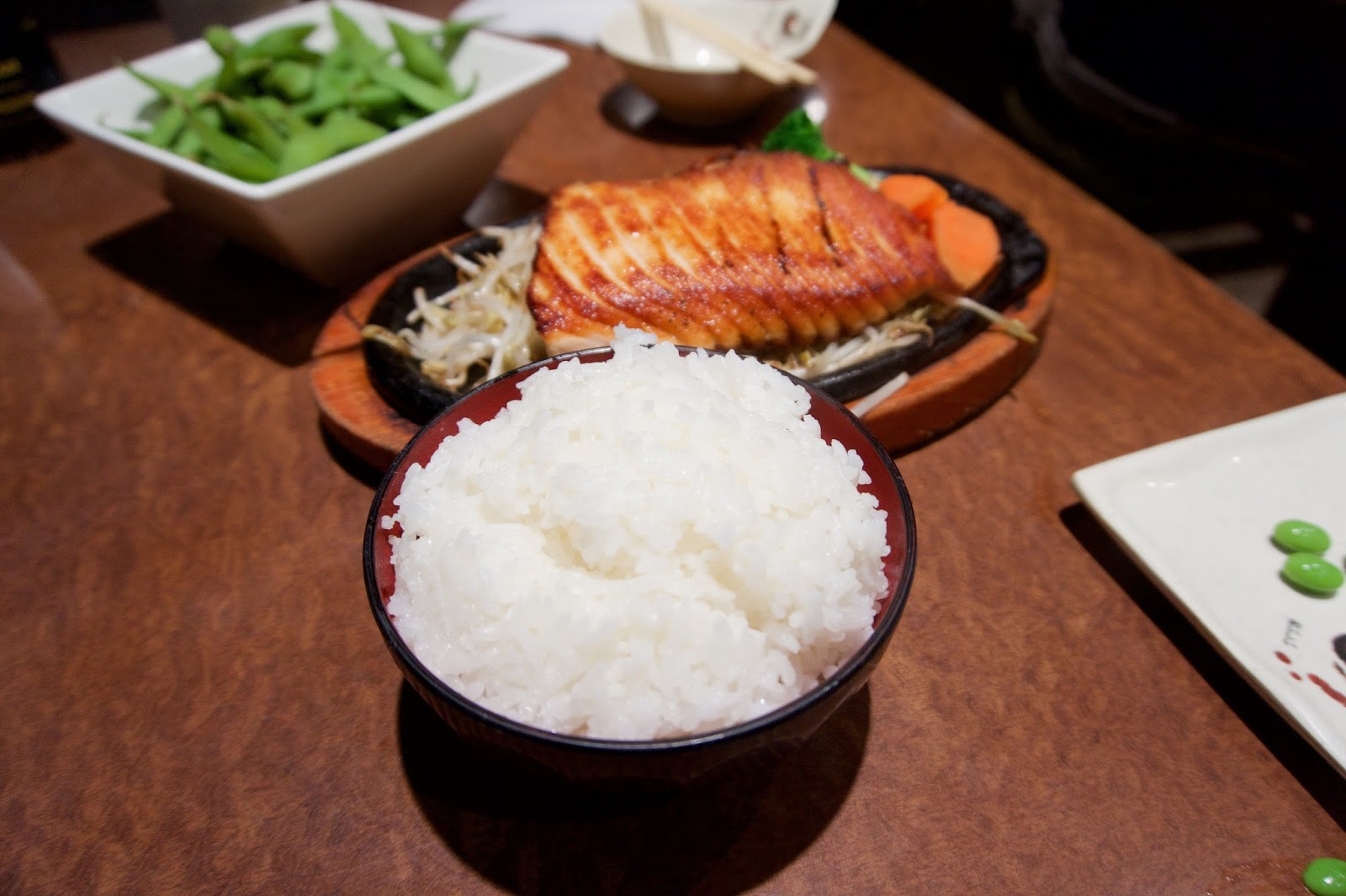 This is the same rice they use for their sushi, and it definitely works better in a bowl. It's really sticky and doesn't really work well in rolls. But as filler, it did it's job!